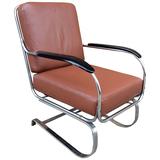 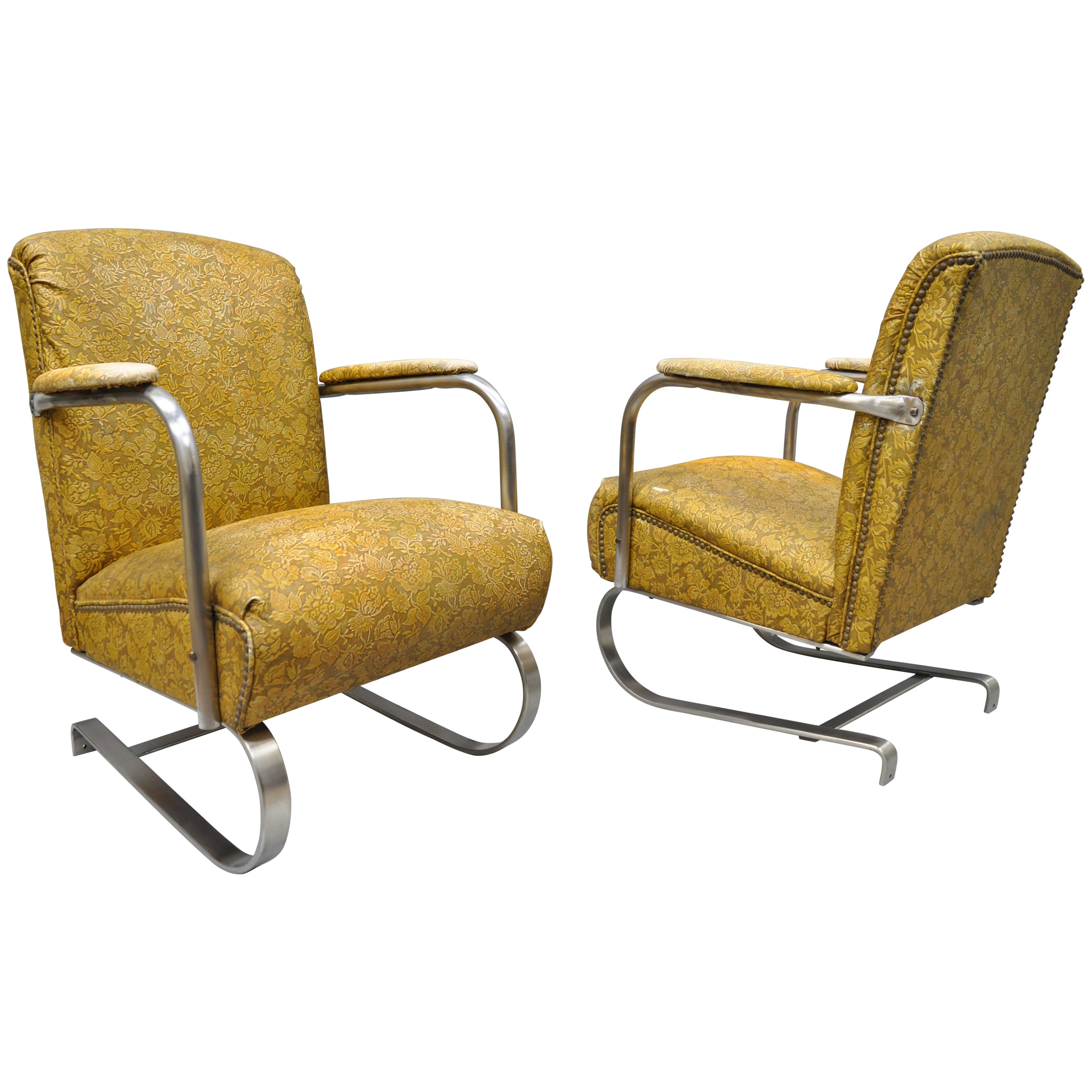 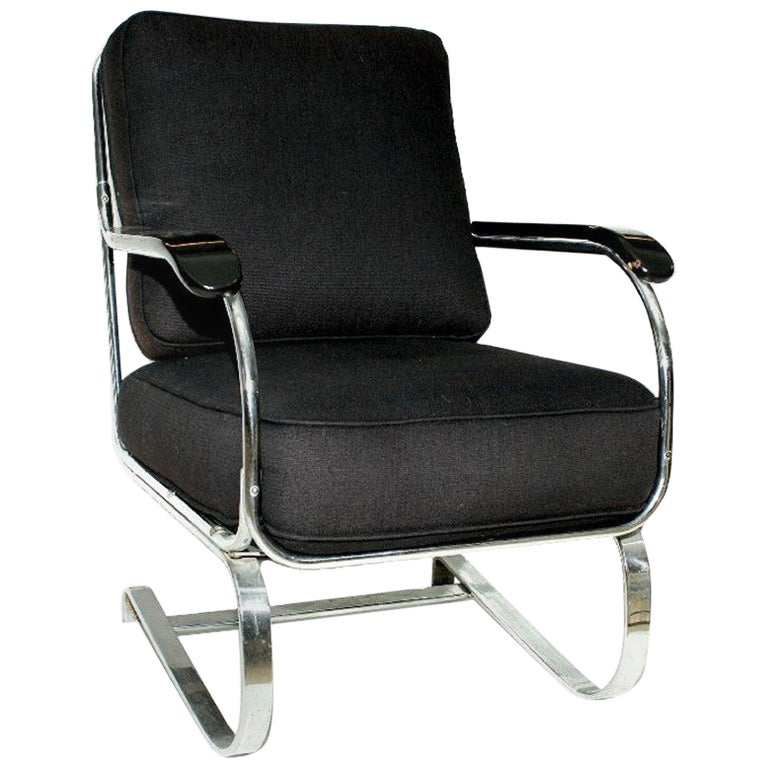 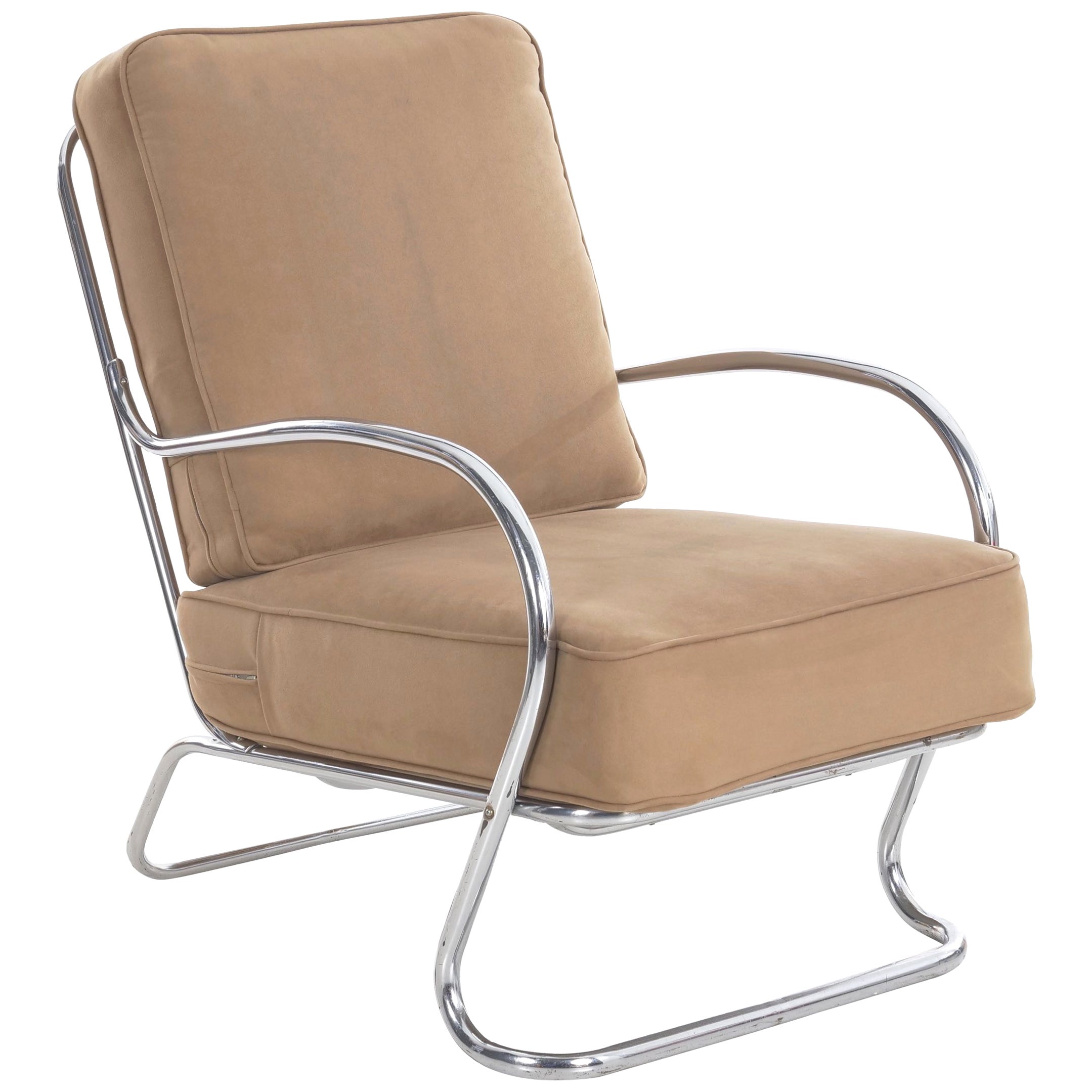 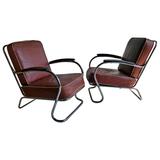 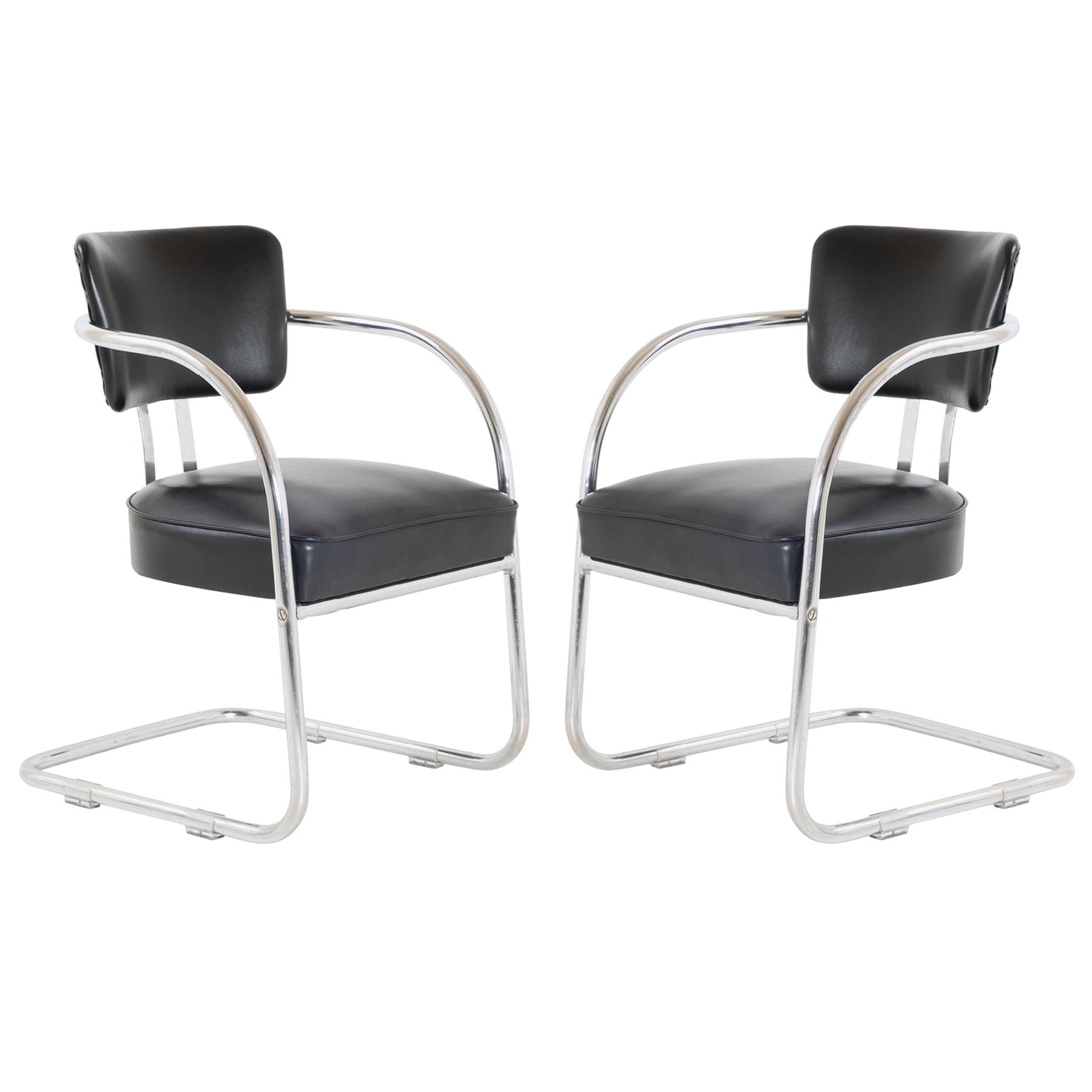 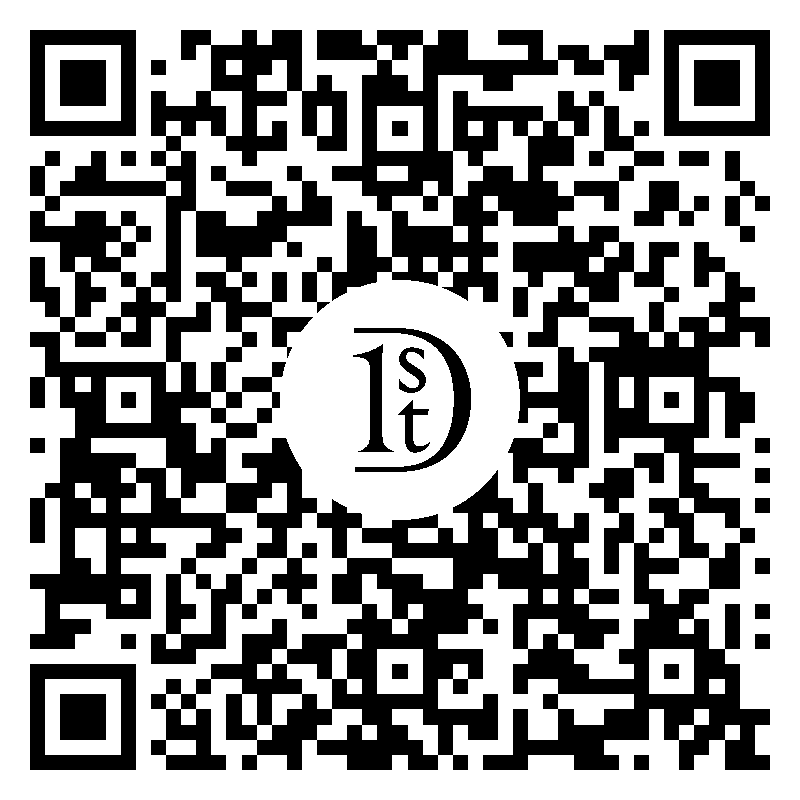 Vintage KEM Weber for Lloyd Art Deco springer lounge chair. Has been reupholstered a while ago, should update if you want it perfect. Original chrome plate, label. Measures: Seat 17.5" H / Arm 24" H.

Architect and designer Kem Weber arrived in the United States in the vanguard of a wave of progressive Central European talents — among them, Rudolph Schindler, Richard Neutra, Paul T. Frankl and Ilonka Karascz — who would profoundly affect the course of modernism in the United States. In his new home, Weber created a wholly American form of modern design that is sleek and stylish, yet comfortable and practical.

Karl Emanuel Martin Weber — “Kem” was his self-styled nom d’usage — was born and trained in Berlin. In 1914, he became an accidental immigrant to the U.S.. Sent to San Francisco by his teacher-turned-employer, architect Bruno Paul, to oversee an installation at a global design expo, Weber was marooned by the outbreak of World War I. But he quickly grew to love California, even if his early years there were difficult. When design commissions were hard to find, he took jobs as a lumberjack, chicken farmer and art school teacher. (He gained U.S. citizenship in 1924.)

In the mid-1920s, while working for the Los Angeles–based Barker Bros. department store — the largest furniture retailer in the country at the time — Weber regularly traveled around the nation to deliver lectures on modernism. His reputation as a champion of a new, clean and elegant style earned him architectural commissions and contracts to design furniture and items such silverware, coffee services and cocktail shakers. His masterpiece is the Airline lounge chair, designed 1934-1935. With its raked, gently angular frame and cantilevered seat, the chair suggests movement, speed and forward progress. Though it seemed perfect for mass production, Weber was never able to convince a major manufacturer to take it on. In the end, fewer than 300 Airline chairs were made. Today, those may be the rarest examples of Weber’s work, but are always worth looking out for. As you will see on these pages, his designs are both intelligent and stylish. They deserve to be a part of any serious collection of American modernism.

About the Seller
5 / 5
Located in St. Louis, MO
Platinum Seller
These expertly vetted sellers are 1stDibs' most experienced sellers and are rated highest by our customers.
Established in 1993
1stDibs seller since 2006
444 sales on 1stDibs
Typical response time: <1 hour
Associations
20th Century Specialists
More From This Seller
View All From Seller

$3,600 / set
Art Deco Accent Chairs in Black by Kem Weber for Lloyd, Pair
By Kem Weber
Located in Wilton, CT
A lesser known name than those of his more popular contemporaries, Karl Emanuel Martin "Kem" Weber was a designer whose work is sought after by the most discerning collectors today. ...
Category