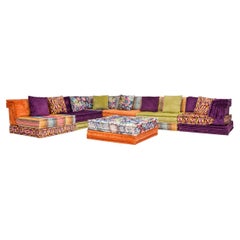 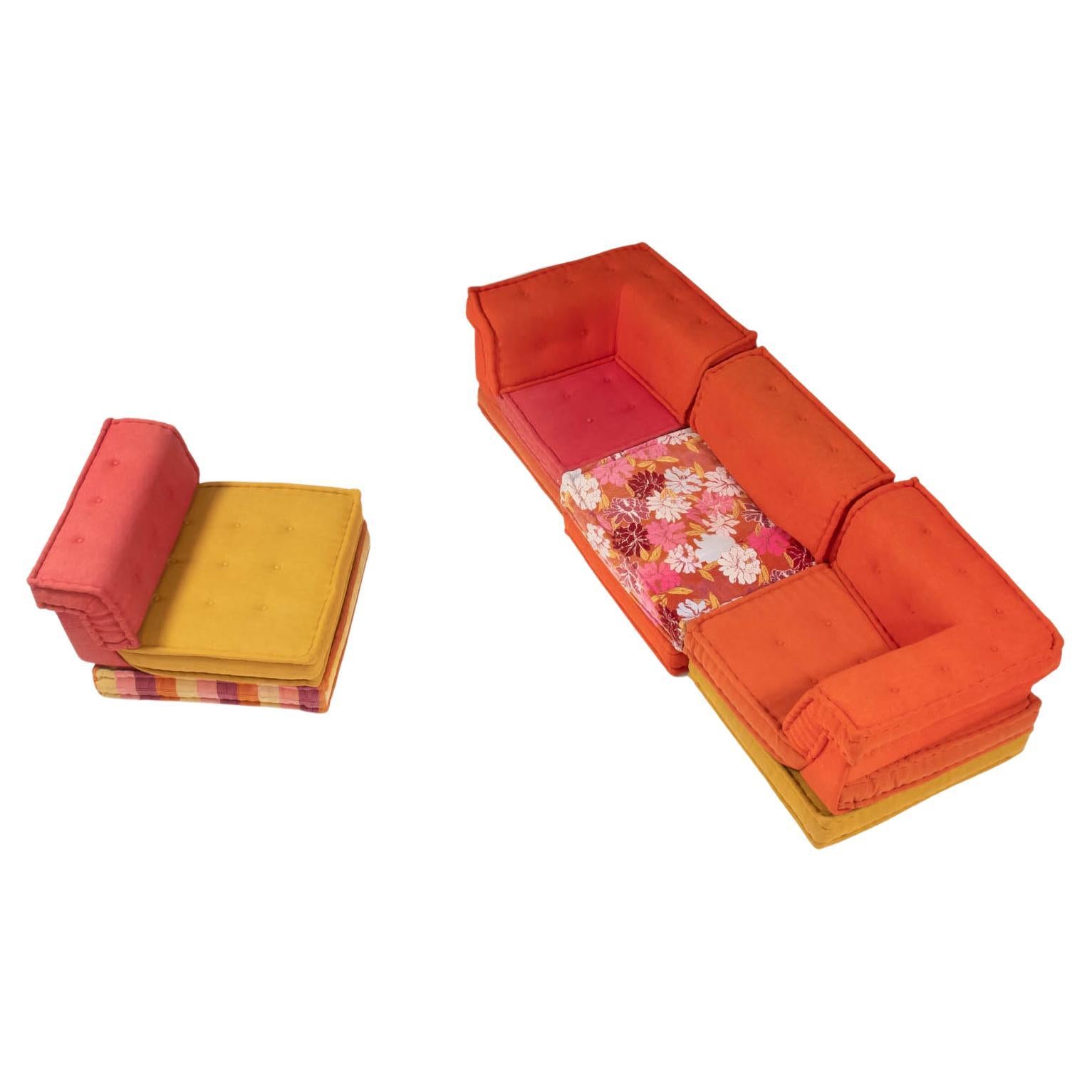 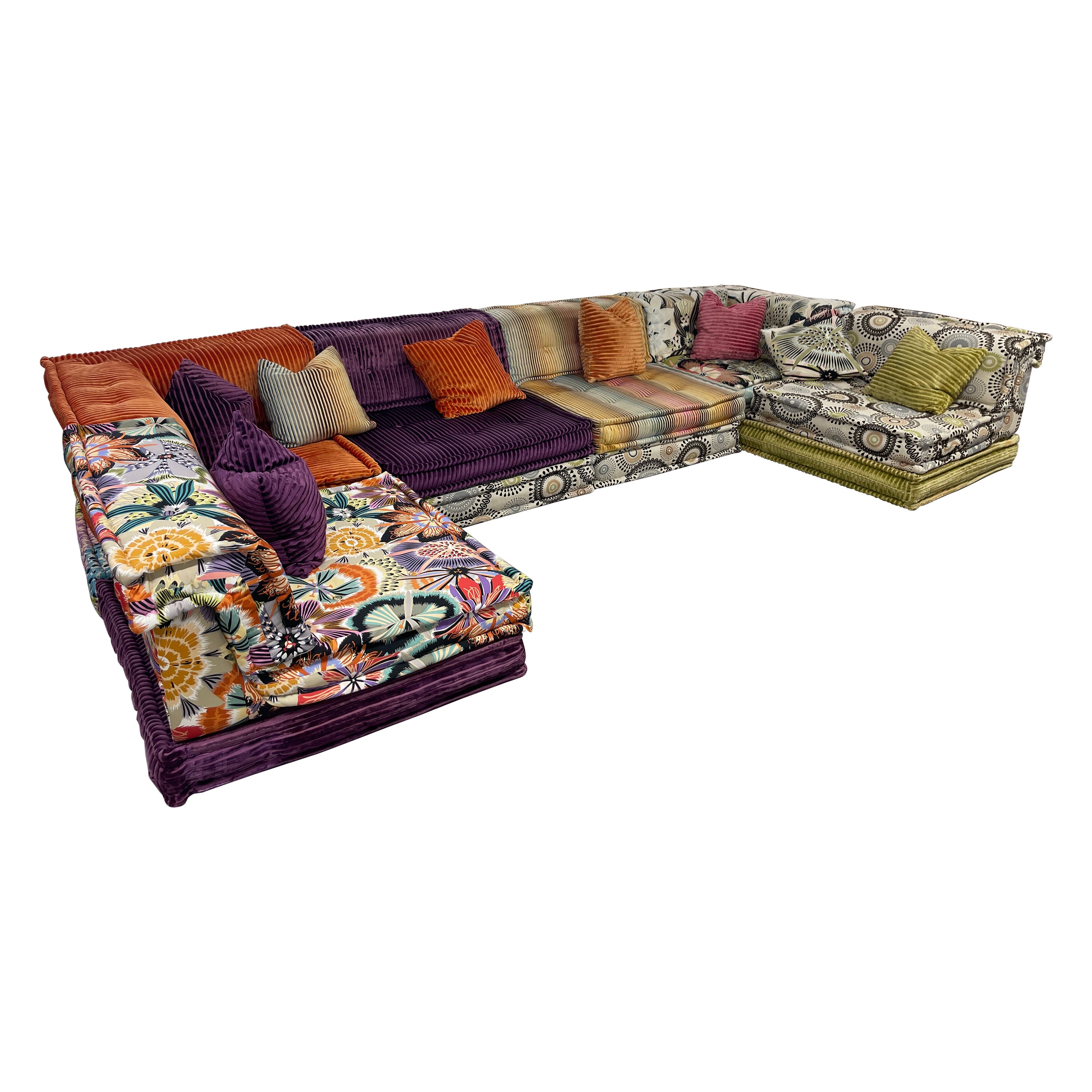 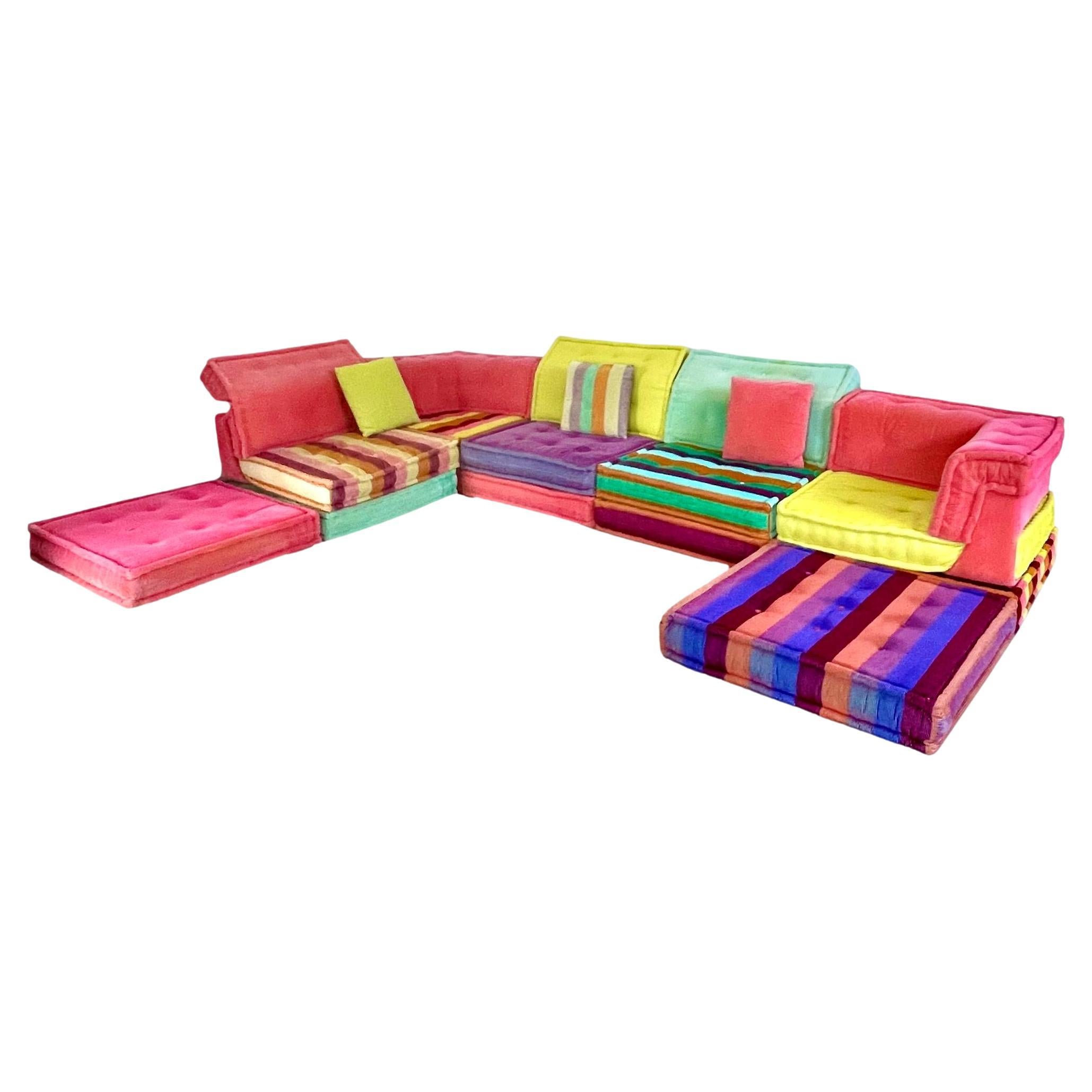 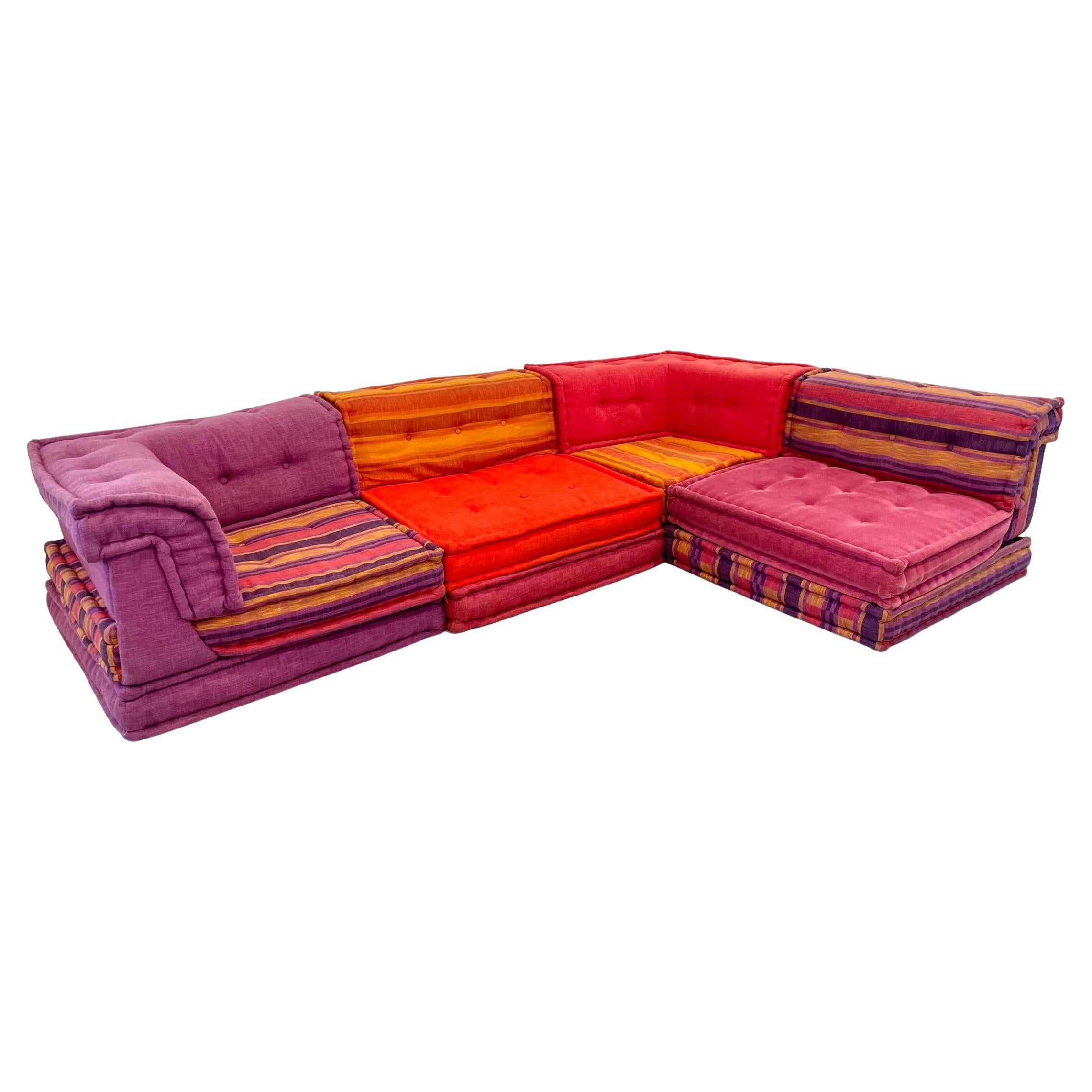 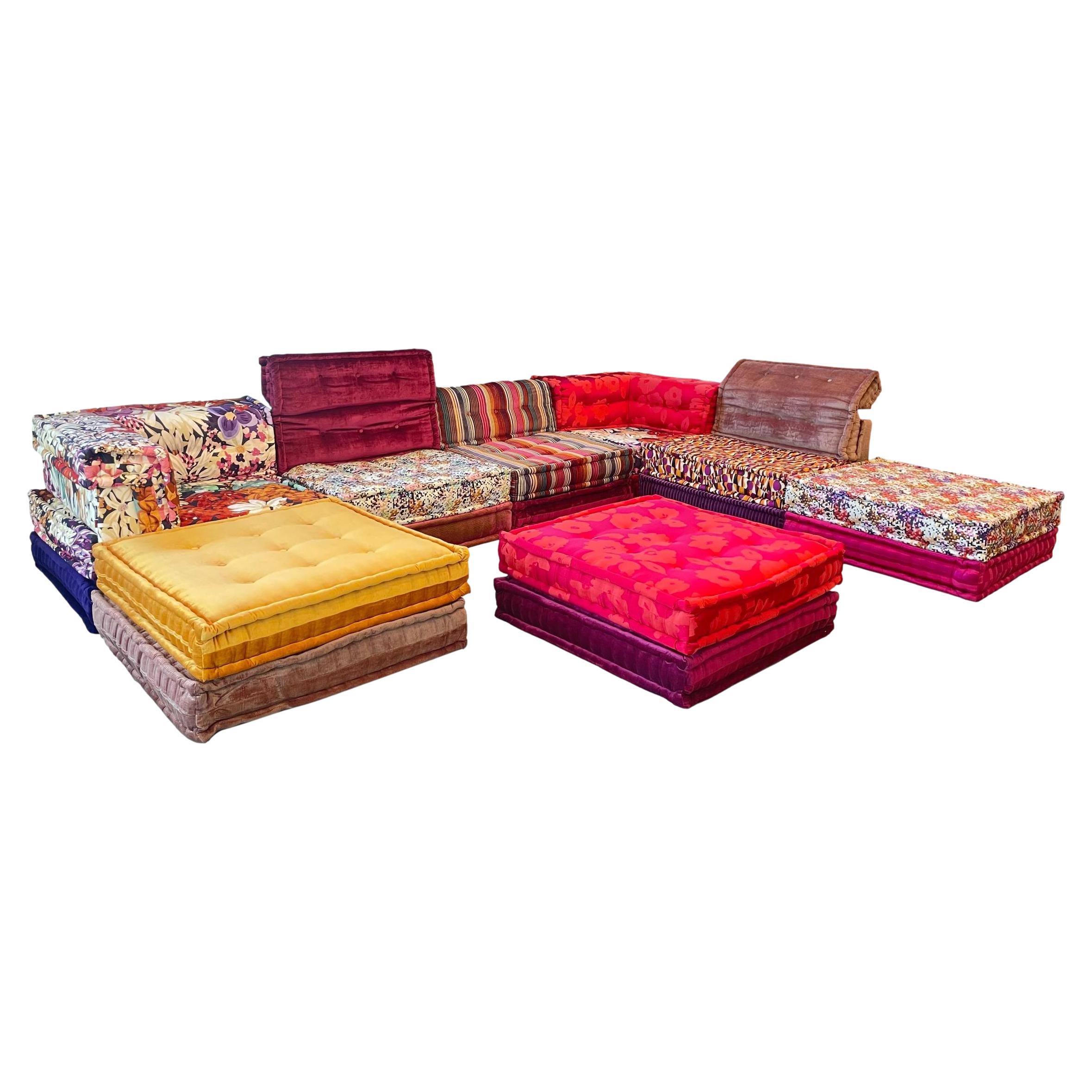 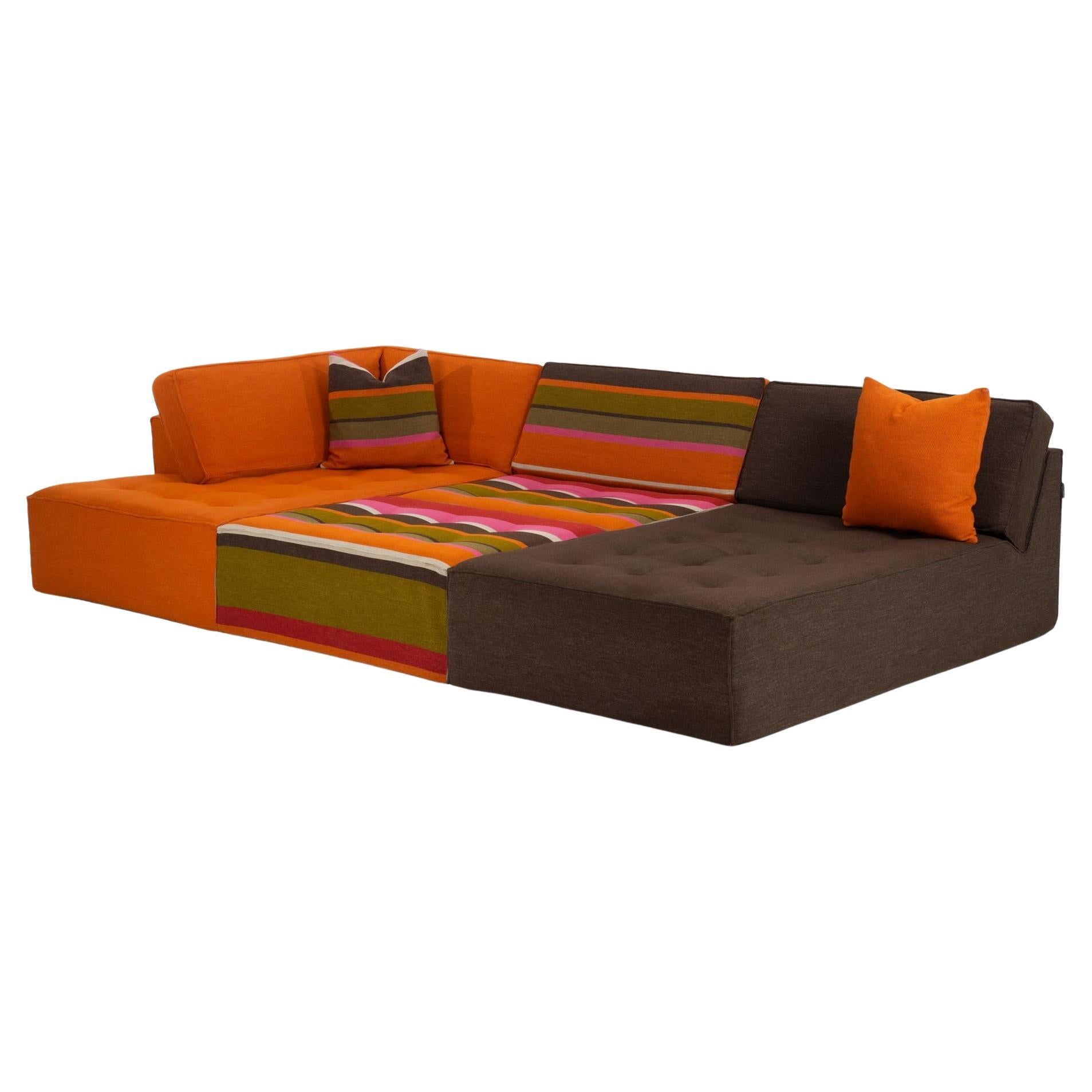 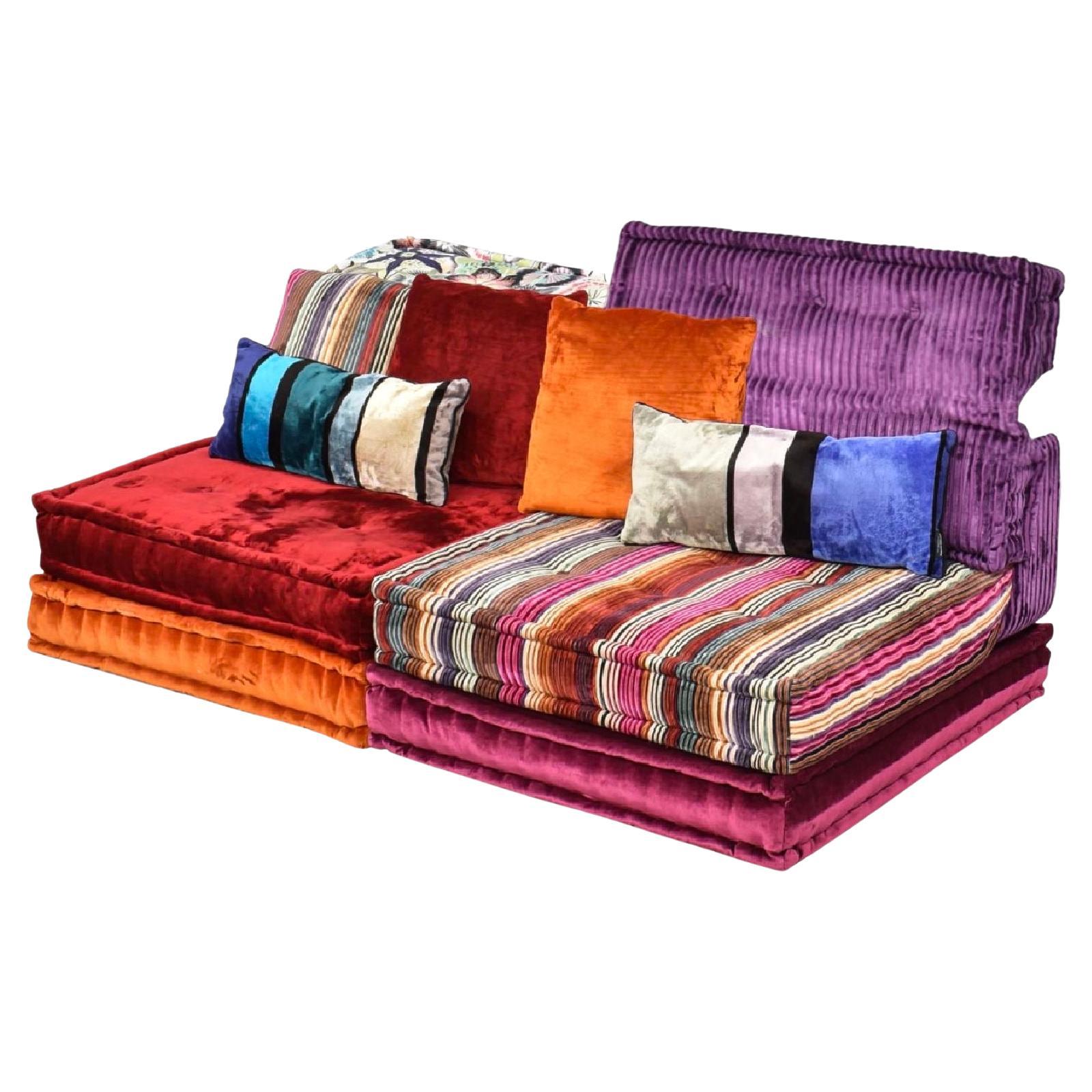 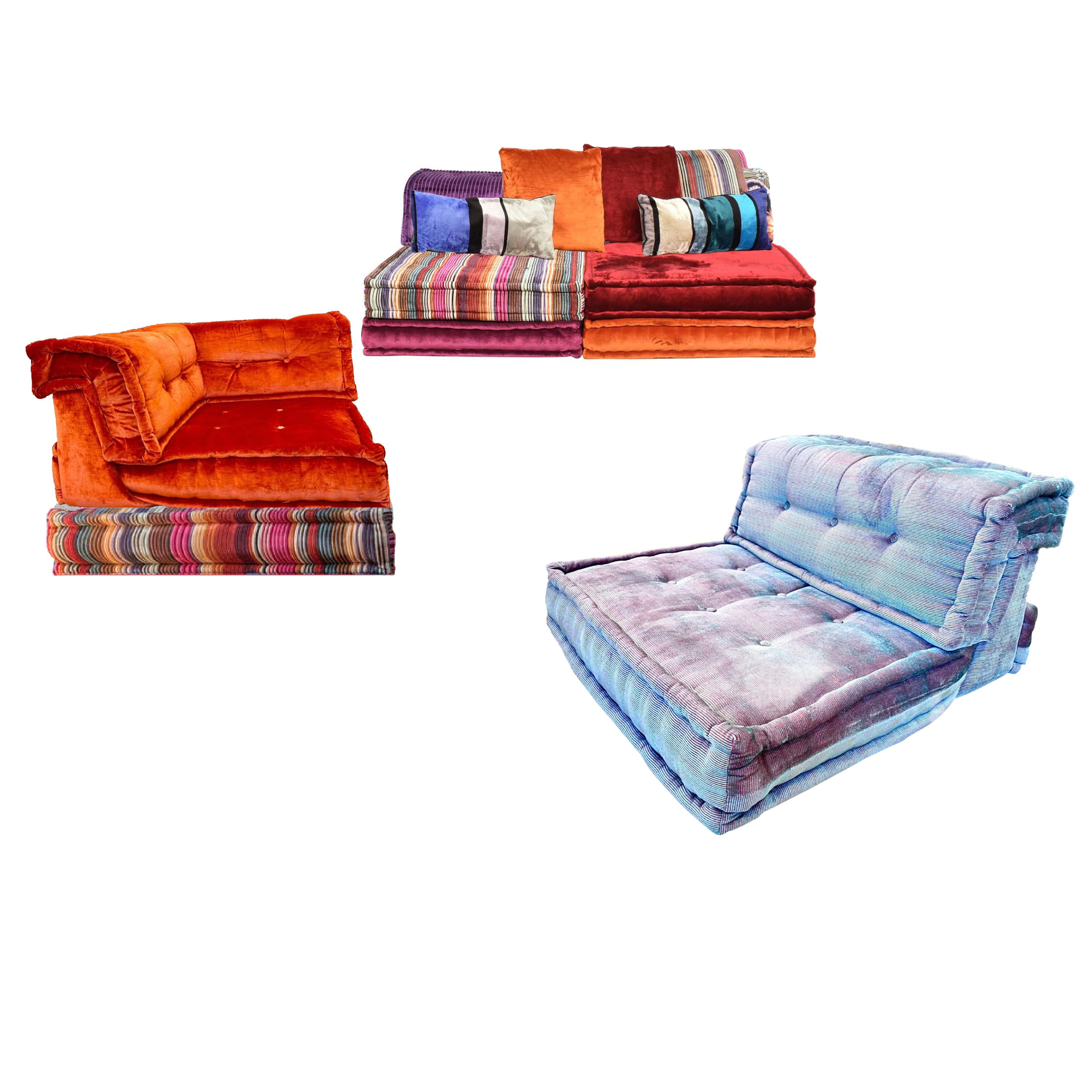 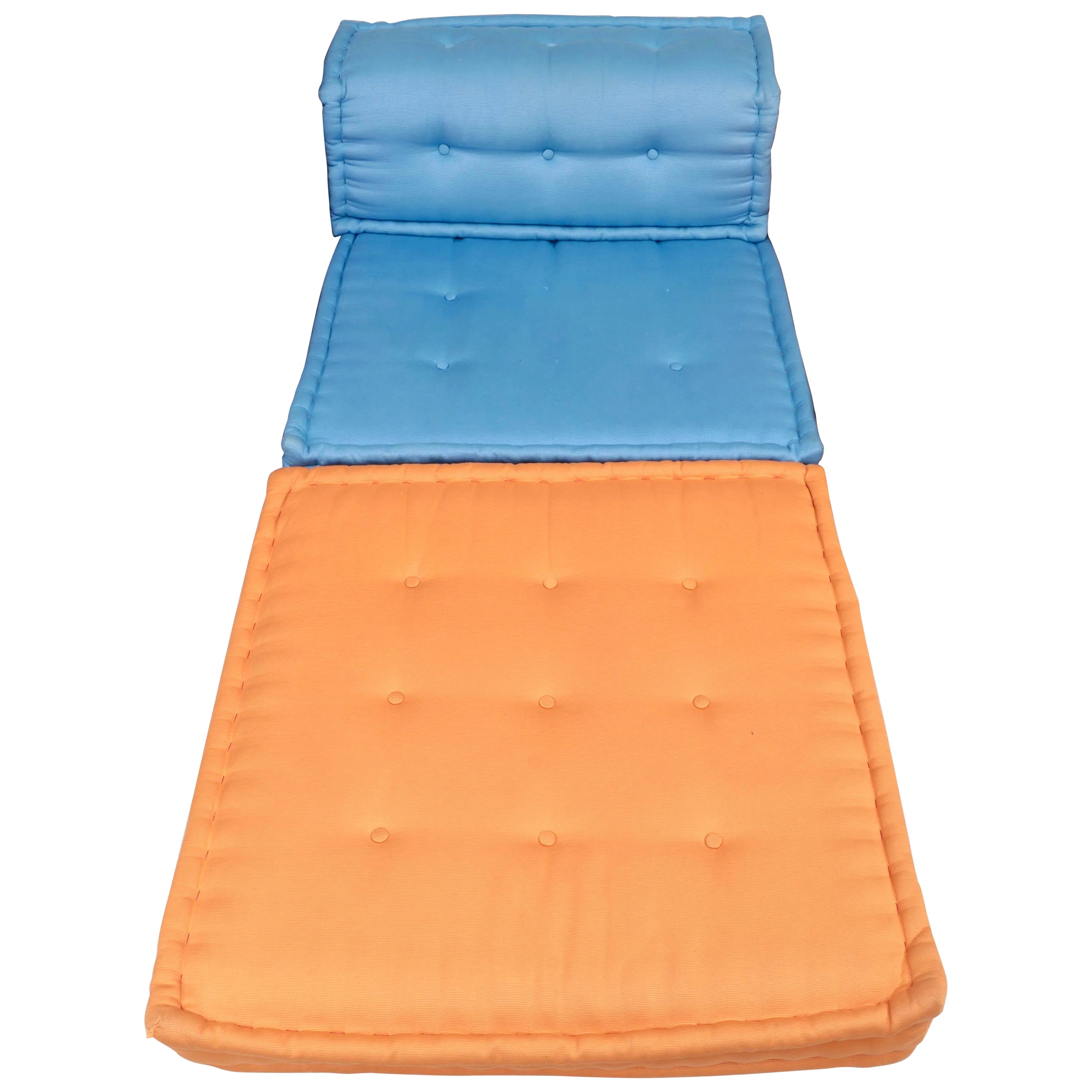 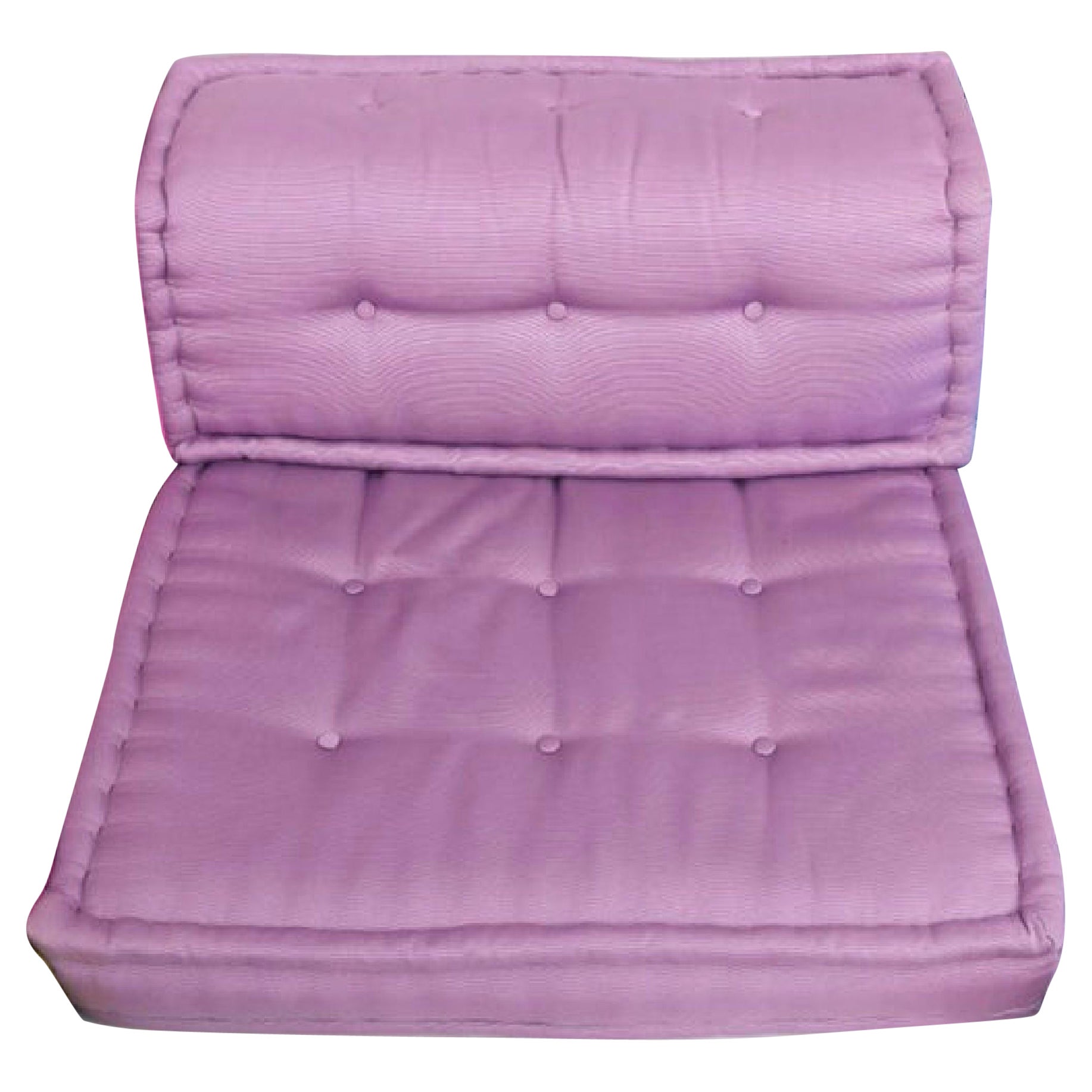 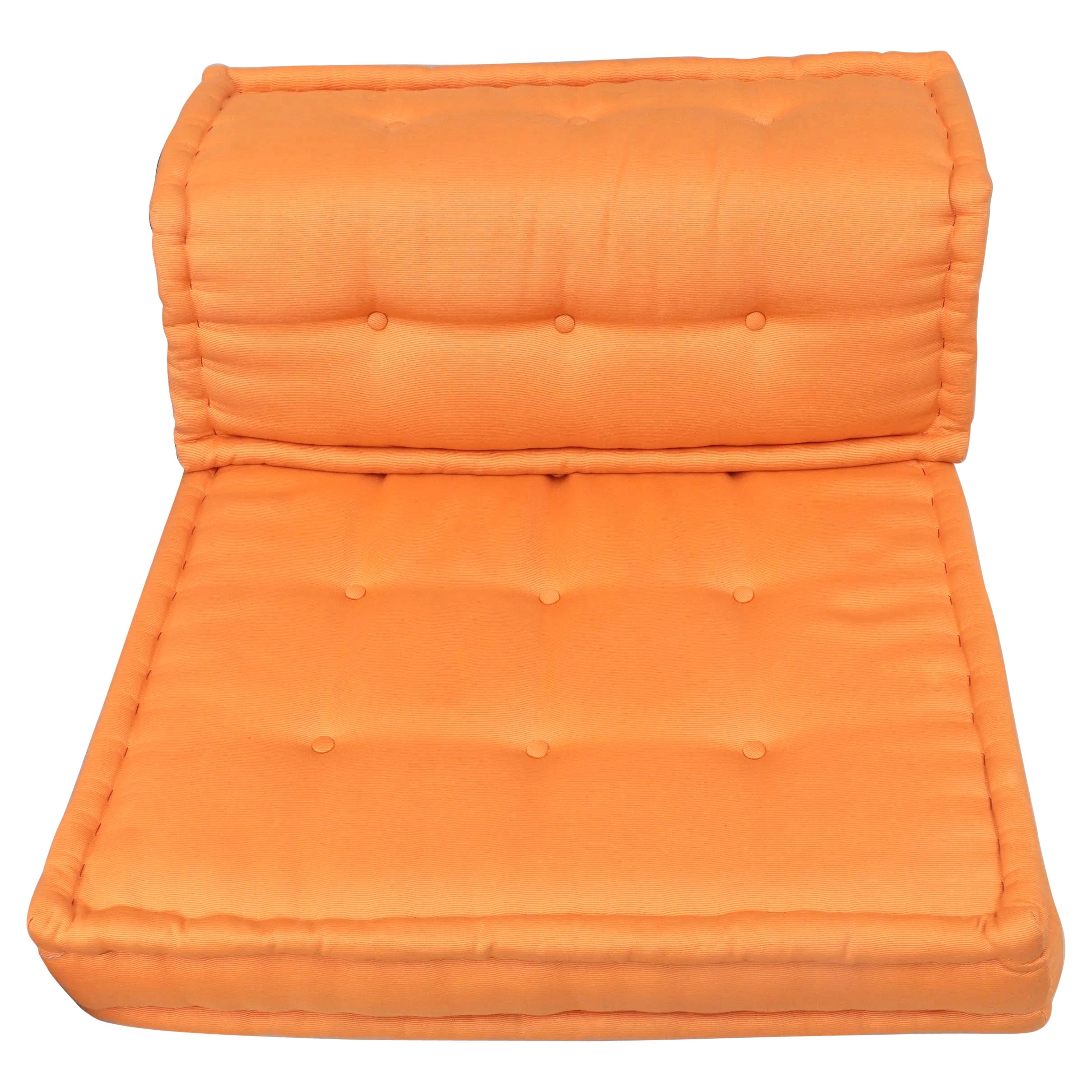 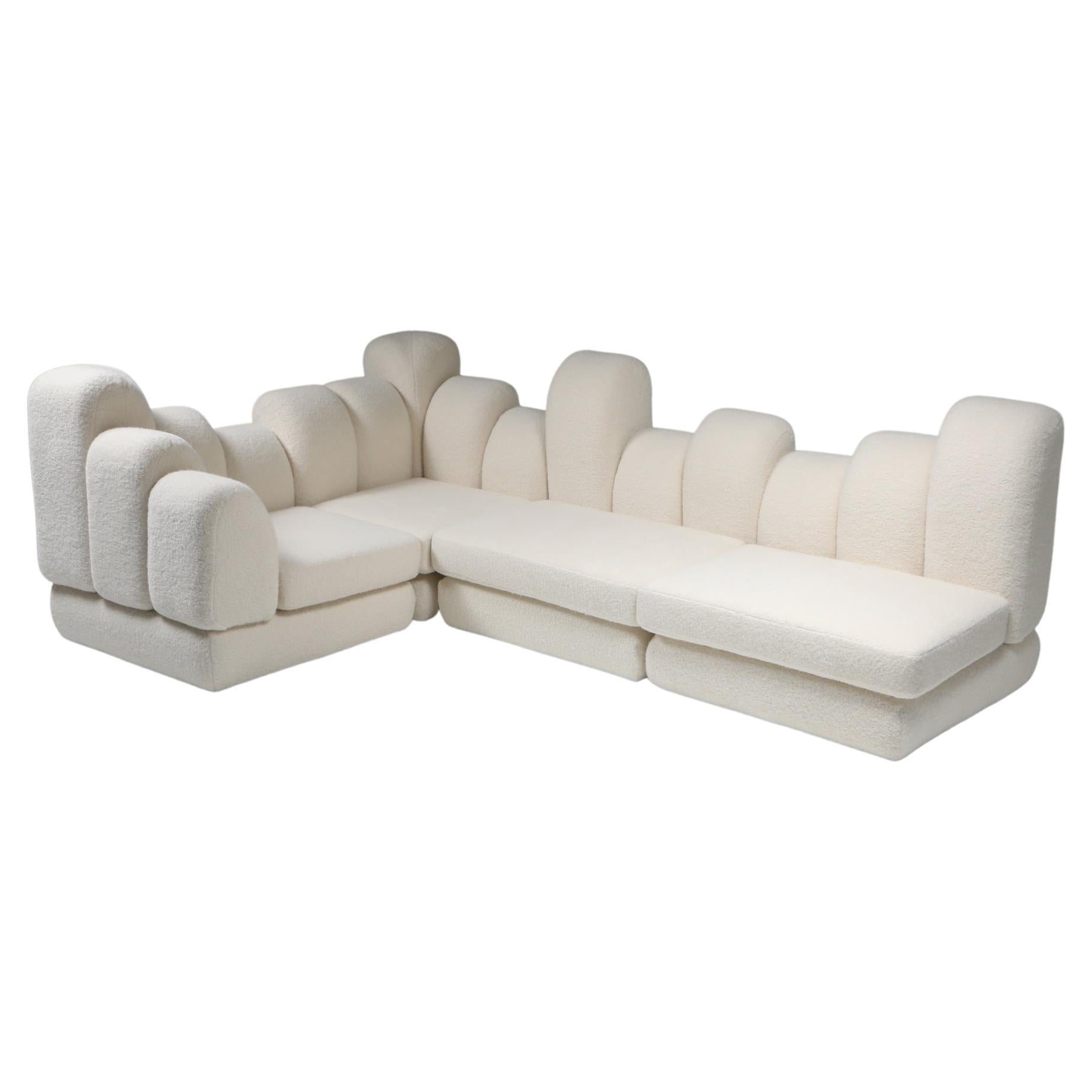 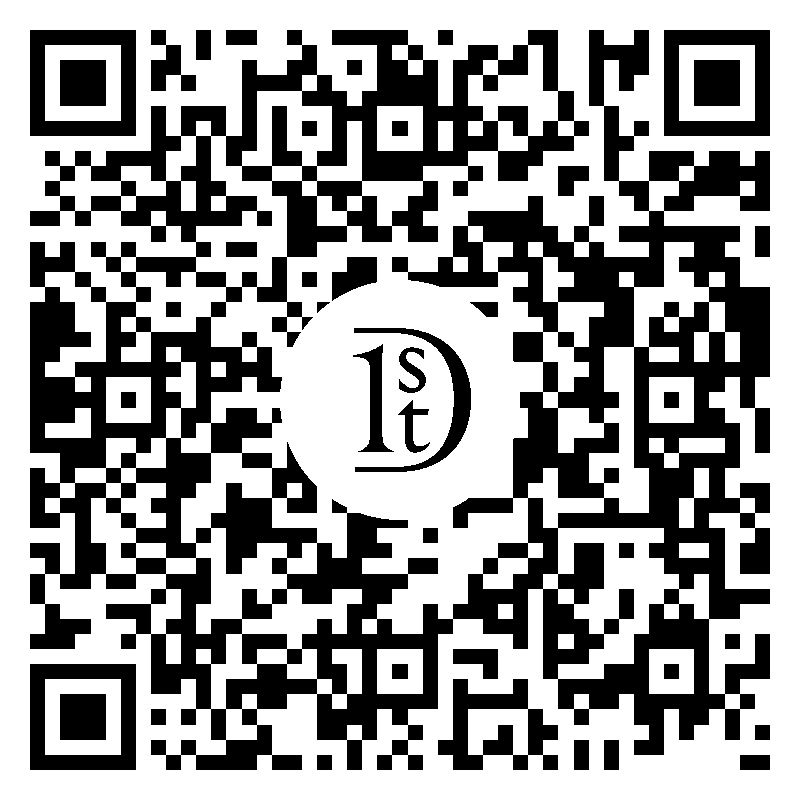 Originally designed by Hans Hopfer for Roche Bobois in 1971, the Mah Jong sofa has become a design classic. Since its original conception, Roche Bobois has collaborated with a variety of design houses to upholster the sofa, bringing the design into the 21st century. Comprising 16 pieces, the set is made up of 12 floor cushions and four back units, and has seven scatter cushions. All of the pieces are upholstered with Missoni fabric, in a mixture of colours and prints, including bold striped velvet and bright floral designs. Incredibly versatile, the floor cushions are button tufted and can be stacked to create different heights, while the modular set can be configured into corner units or arranged to create a variety of seating options. The informal style of the sofa gives a relaxed and playful aesthetic, while the combination of comfort and flexibility makes it the perfect option for any contemporary living space. Floor cushions: 97cm (W) x 21cm (H) x 97cm (D) Straight back cushion: 95cm (W) x 53cm (H) x 36cm (D) Corner back cushion: 96cm (W) x 53cm (H) x 36cm (D). 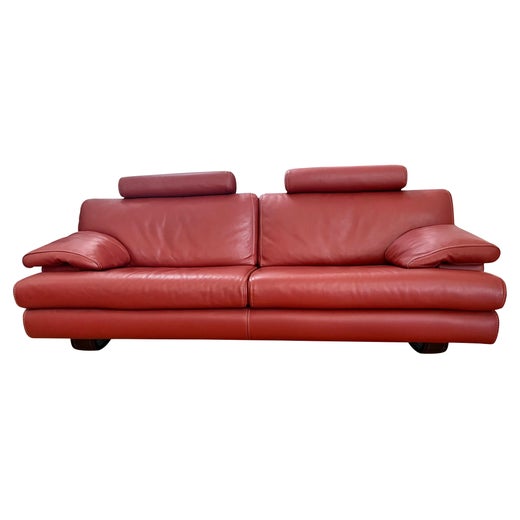 In 1974, Roche Bobois opened its first showroom in the United States on Madison Avenue in New York City. The celebrated luxury French furniture brand is now in 50 countries with more than 200 stores.

Roche Bobois’s offerings over the years have included everything from mid-century modern armchairs to Art Deco case pieces to sculptural outdoor cocktail tables framed in metal wire — shop these classics now on 1stDibs.

About the Seller
5.0
Located in London, United Kingdom
Platinum Seller
These expertly vetted sellers are 1stDibs' most experienced sellers and are rated highest by our customers.
Established in 2019
1stDibs seller since 2019
189 sales on 1stDibs
Typical response time: 1 hour
More From This SellerView All
People Also Browsed
You May Also Like