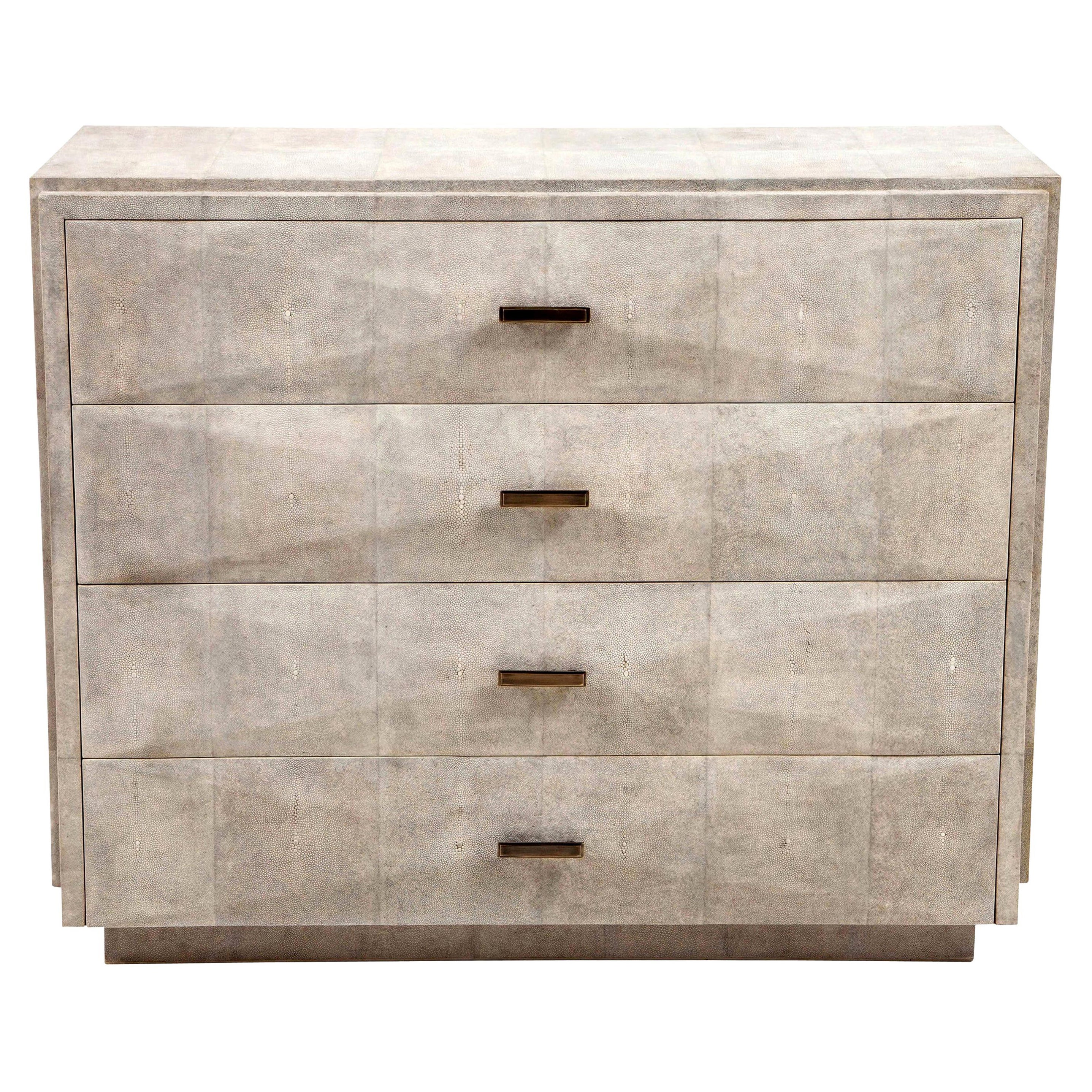 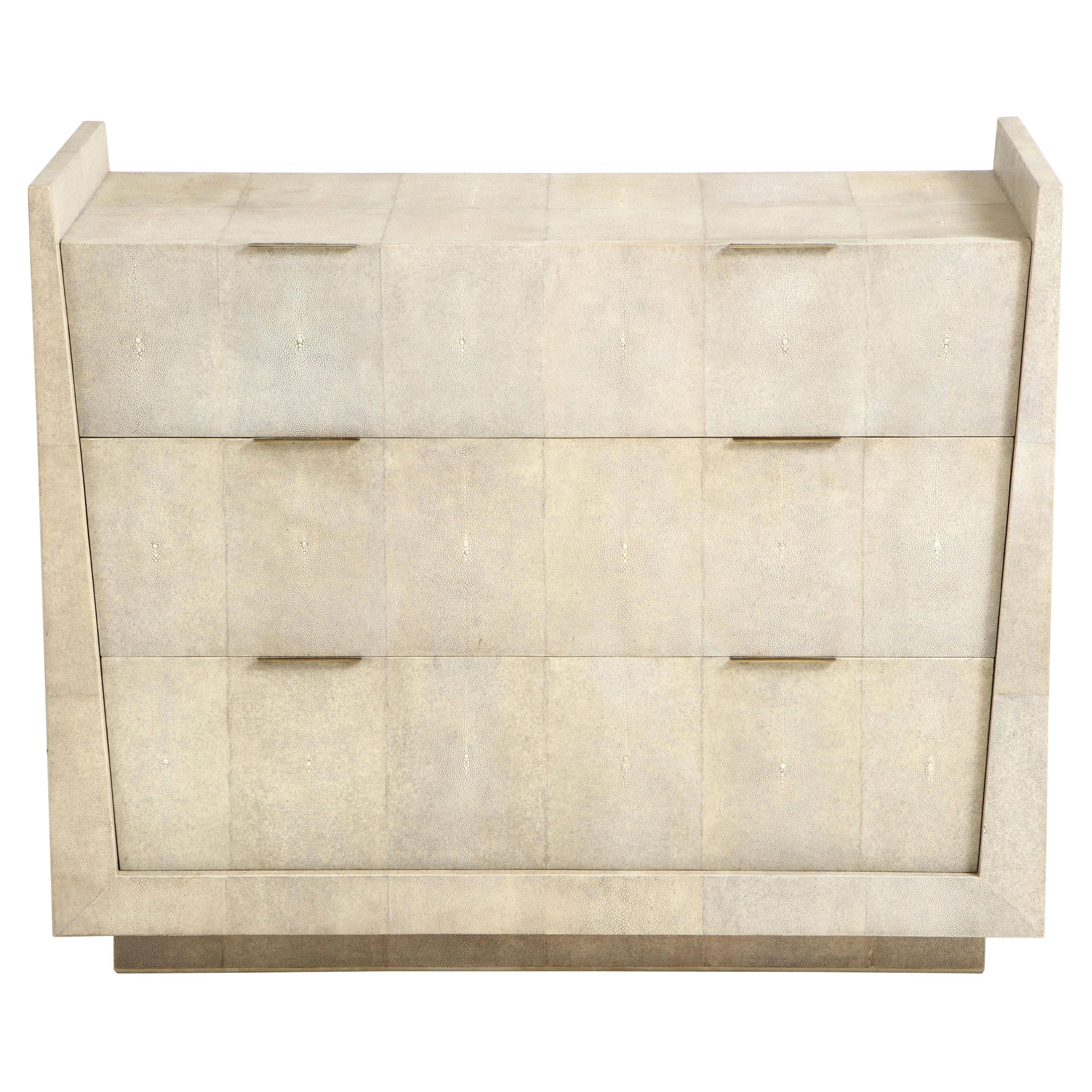 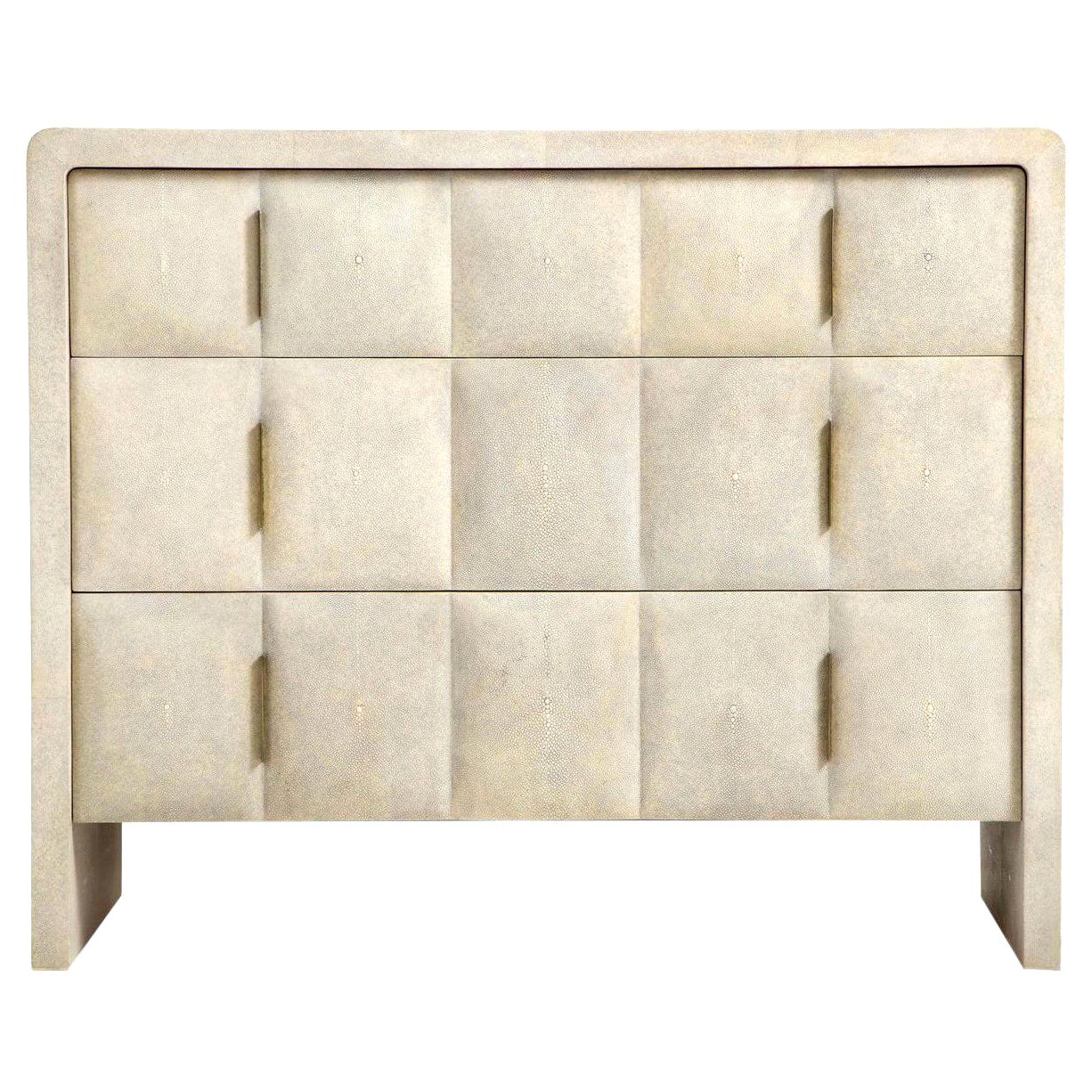 French Chest of Drawers in Shagreen 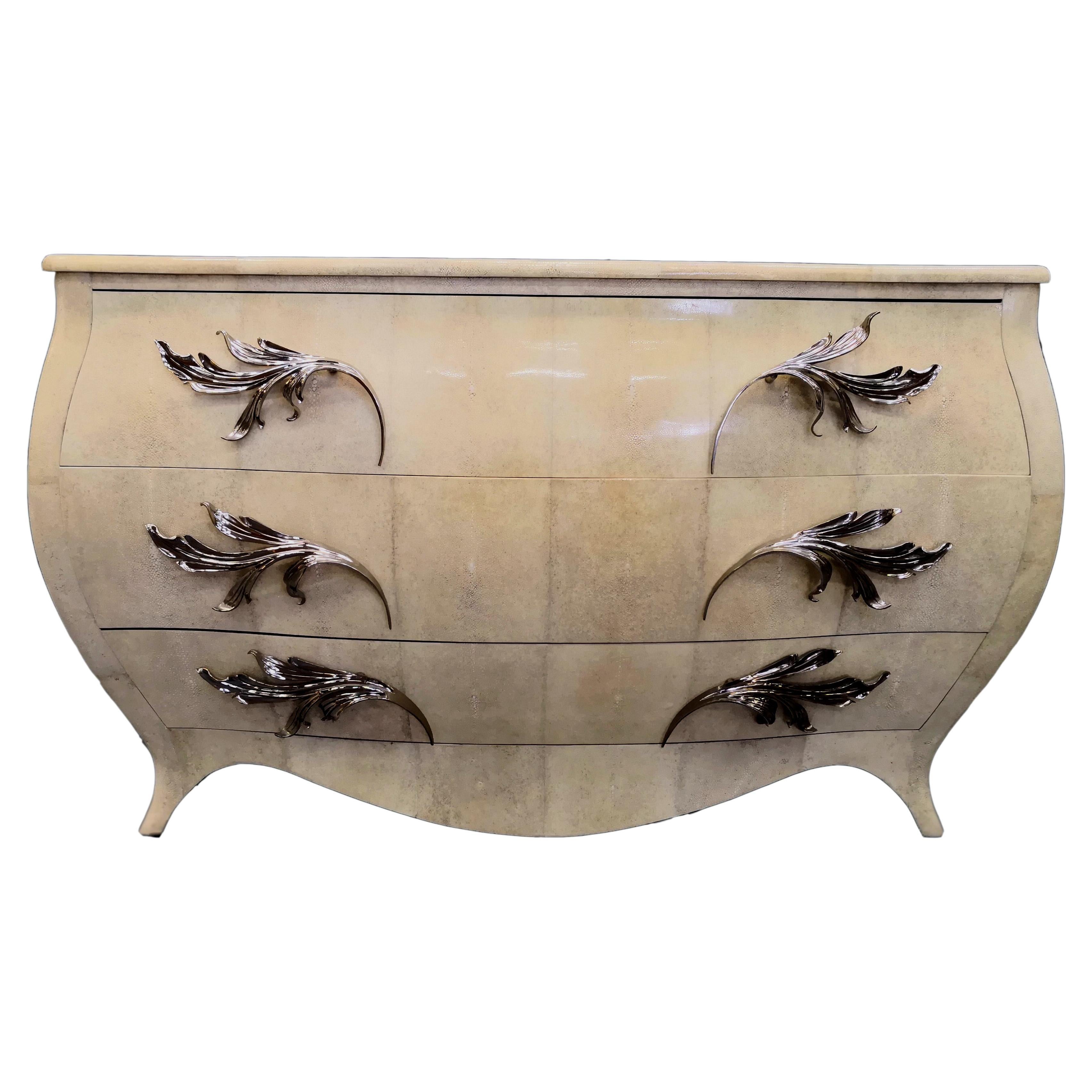 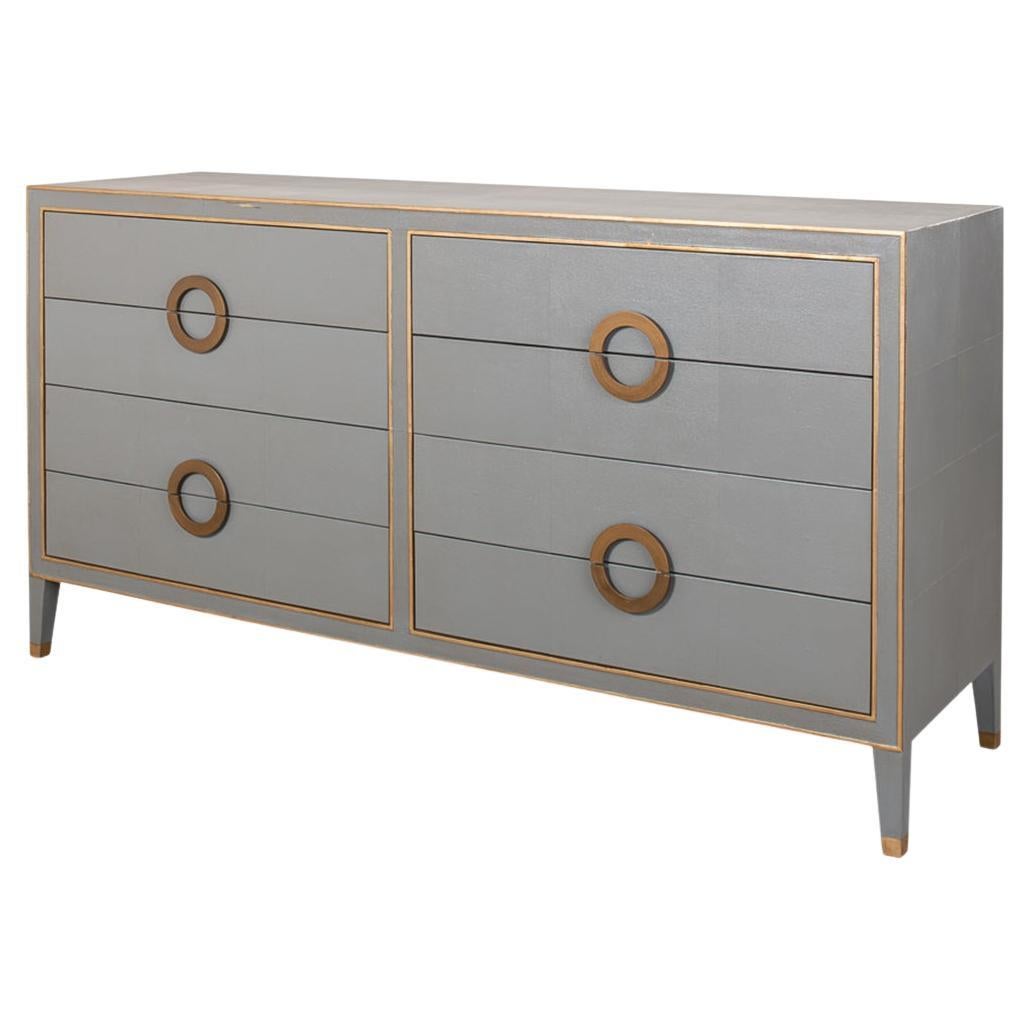 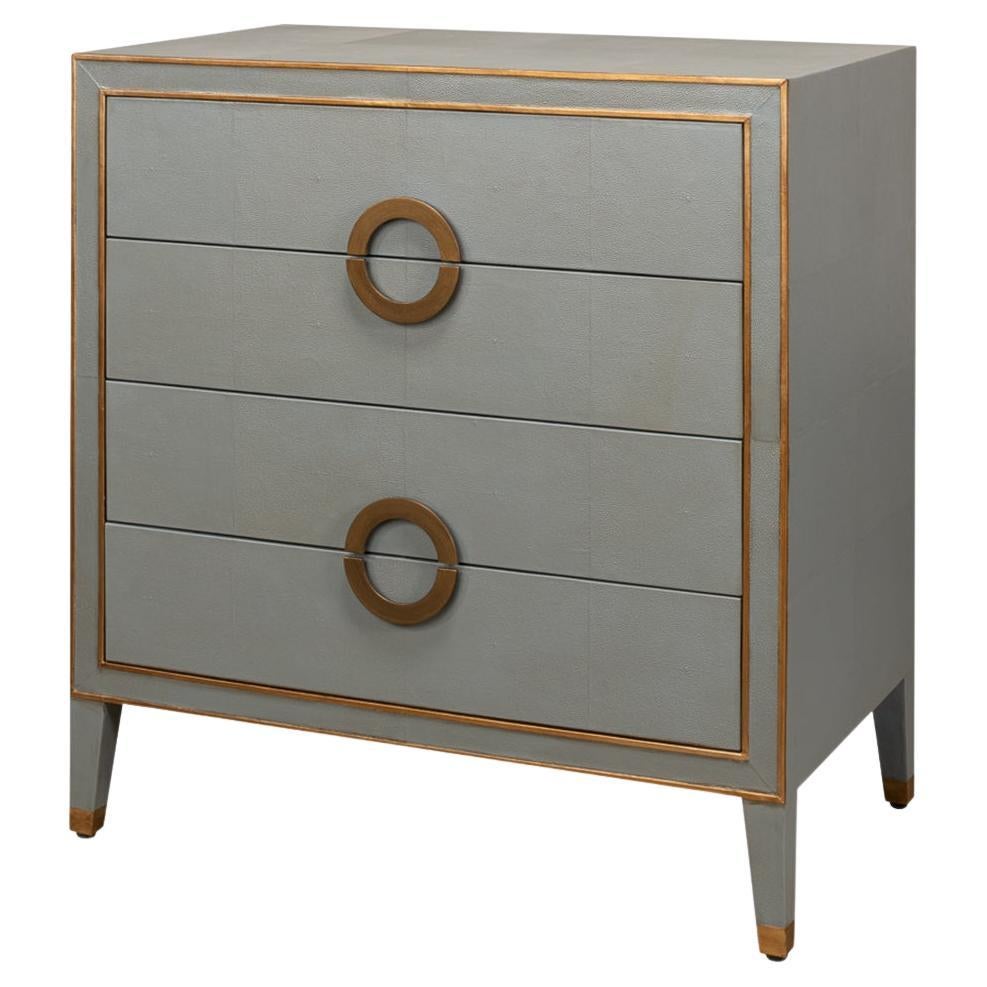 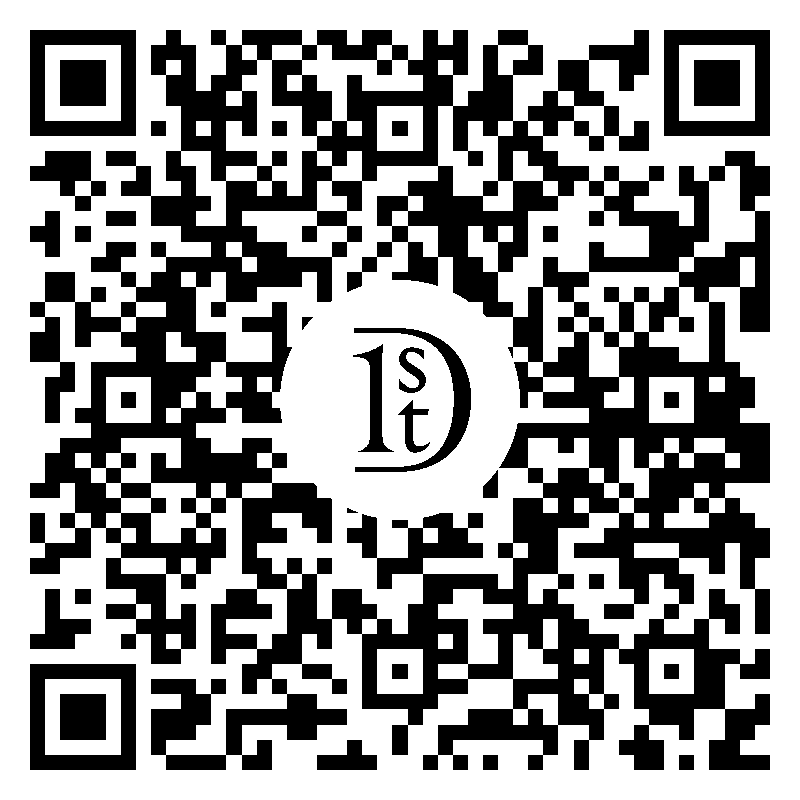 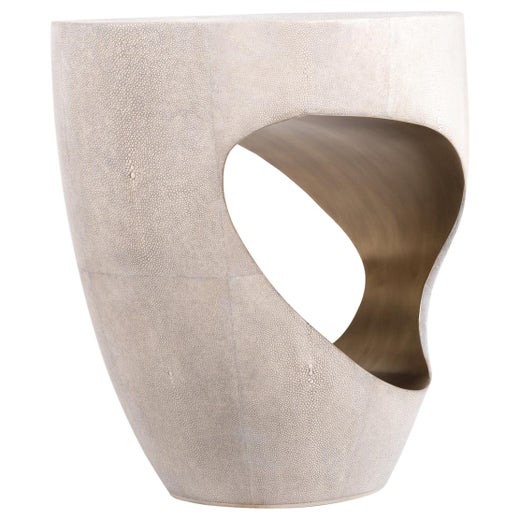 R&Y Augousti was founded in 1989 by husband-and-wife team Ria and Yiouri Augousti. The pair works with pen shell, metal and an array of exotic skins — including ostrich, snake, eel and crocodile — to create Art Deco-inspired furniture that echoes the influences of their unique friends and draws on the experiences they’ve shared on their global travels.

Ria Augousti (née Macasaet) was born in Manila. Her family relocated to Cebu and, at age 15, she went to New York City to study art. She continued her studies in England and graduated from the London School of Furniture Making.

Born in Cyprus, Yiouri Augousti studied architecture at London’s Architectural Association. He was drawn to interior design that reflected a revival of Art Deco that took shape during his years as a young adult.

Ria was working at the interior design firm of John Stefanidis, in London, when Yiouri joined the firm. “We got on like a house on fire,” Ria has said of the beginnings of their relationship. The couple established R&Y Augousti in 1989 and married in 1990. The business grew swiftly — R&Y Augousti moved permanently to Paris in 1994, and in 2011, the couple opened their first American showroom. There, in the New York Design Center, the range of decorative objects on offer from R&Y Augousti included dining tables, side tables and decorative objects such as candleholders and picture frames in shagreen.

The initial popularity that shagreen enjoyed as furniture covering fizzled when the Art Deco era faded. Modernist designer Jean-Michel Frank was an enthusiast of the textured hide, and during the 1960s, Karl Springer covered desks, chairs and tables with it. Ria Augousti wanted to revive shagreen’s use as a finish in one of their very first designs. Their sculptural, sensuous shagreen Sylvie chair, with its slender and towering backrest, makes a statement in any space and has seen a fair amount of praise over the years. The Sylvie has been photographed in a number of high-profile spaces including Alexander Wang's New York City loft apartment designed by Ryan Korban. (And shagreen reemerged as a luxe material among designers and decorators in 2017.)

R&Y Augousti has since expanded into fashion accessories, and drawings by the couple’s daughter, designer Kifu Augousti, have been embroidered on some of the brand’s luxurious handbags.

1stDibs Buyer Protection Guaranteed
If your item arrives not as described, we’ll work with you and the seller to make it right. Learn More
About the Seller
5.0
Located in New York, NY
Platinum Seller
These expertly vetted sellers are 1stDibs' most experienced sellers and are rated highest by our customers.
1stDibs seller since 2005
451 sales on 1stDibs
Typical response time: <1 hour
More From This SellerView All
People Also Browsed
You May Also Like 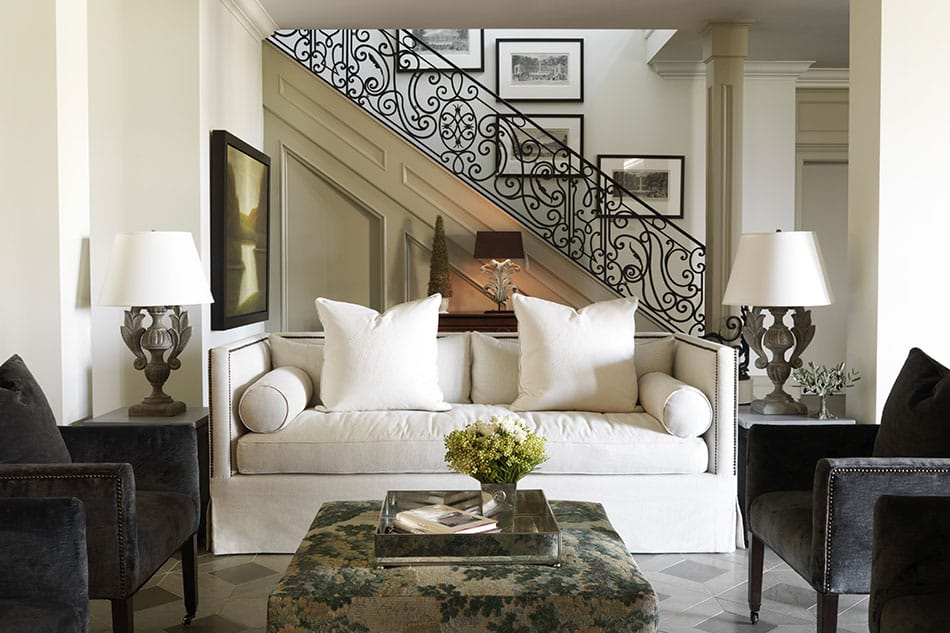 When it comes to authentic materials and quality craftsmanship, the Toronto-based designer accepts no substitutes.