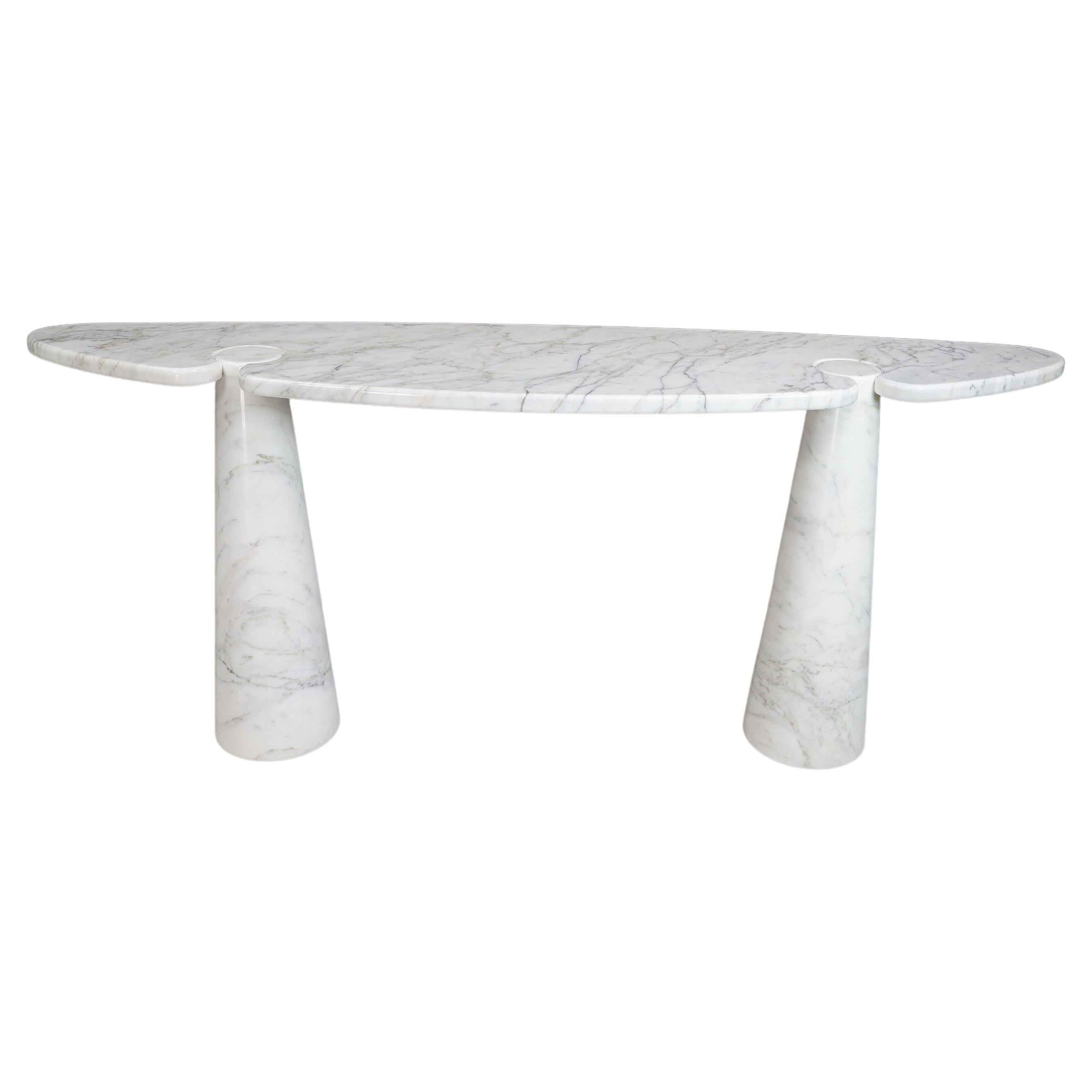 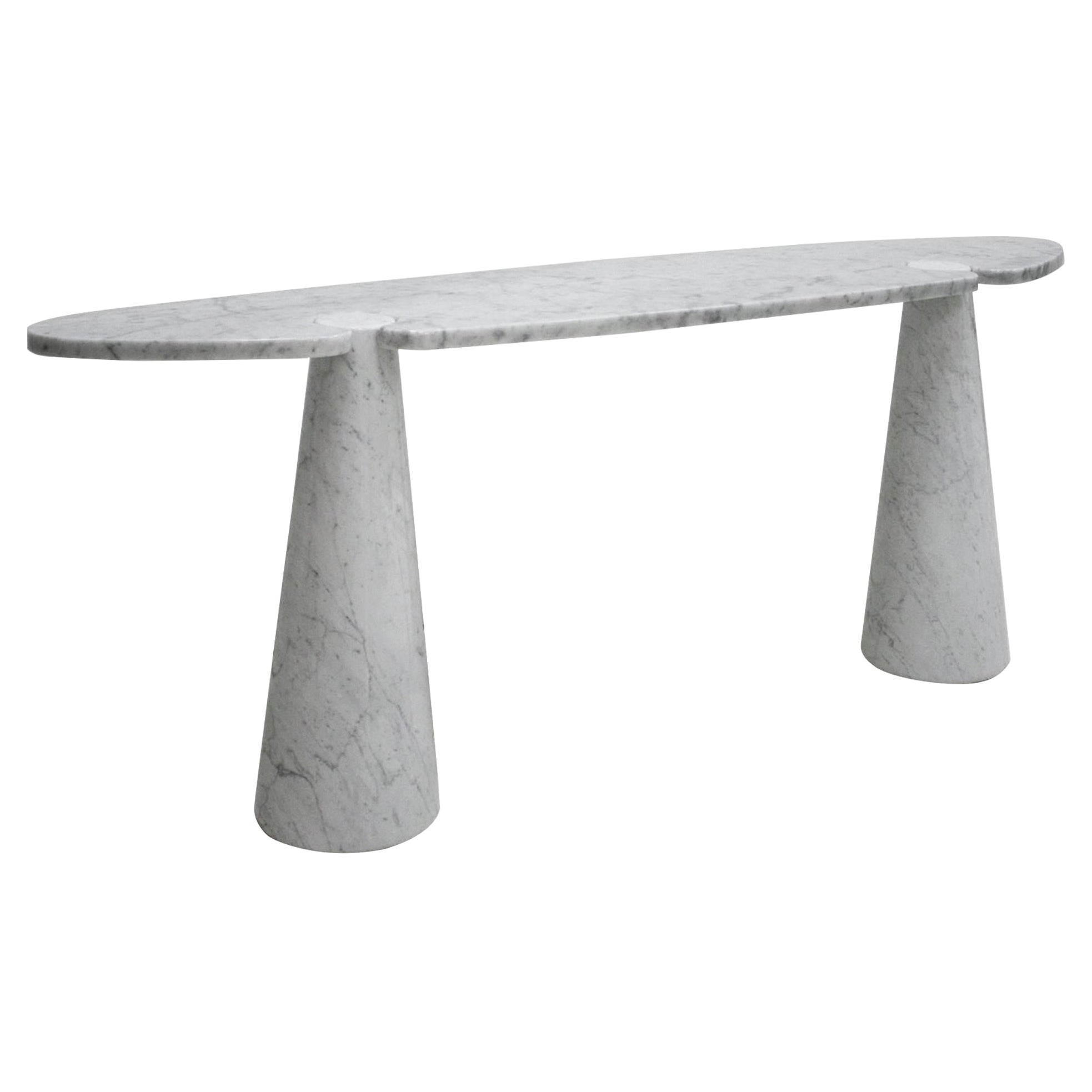 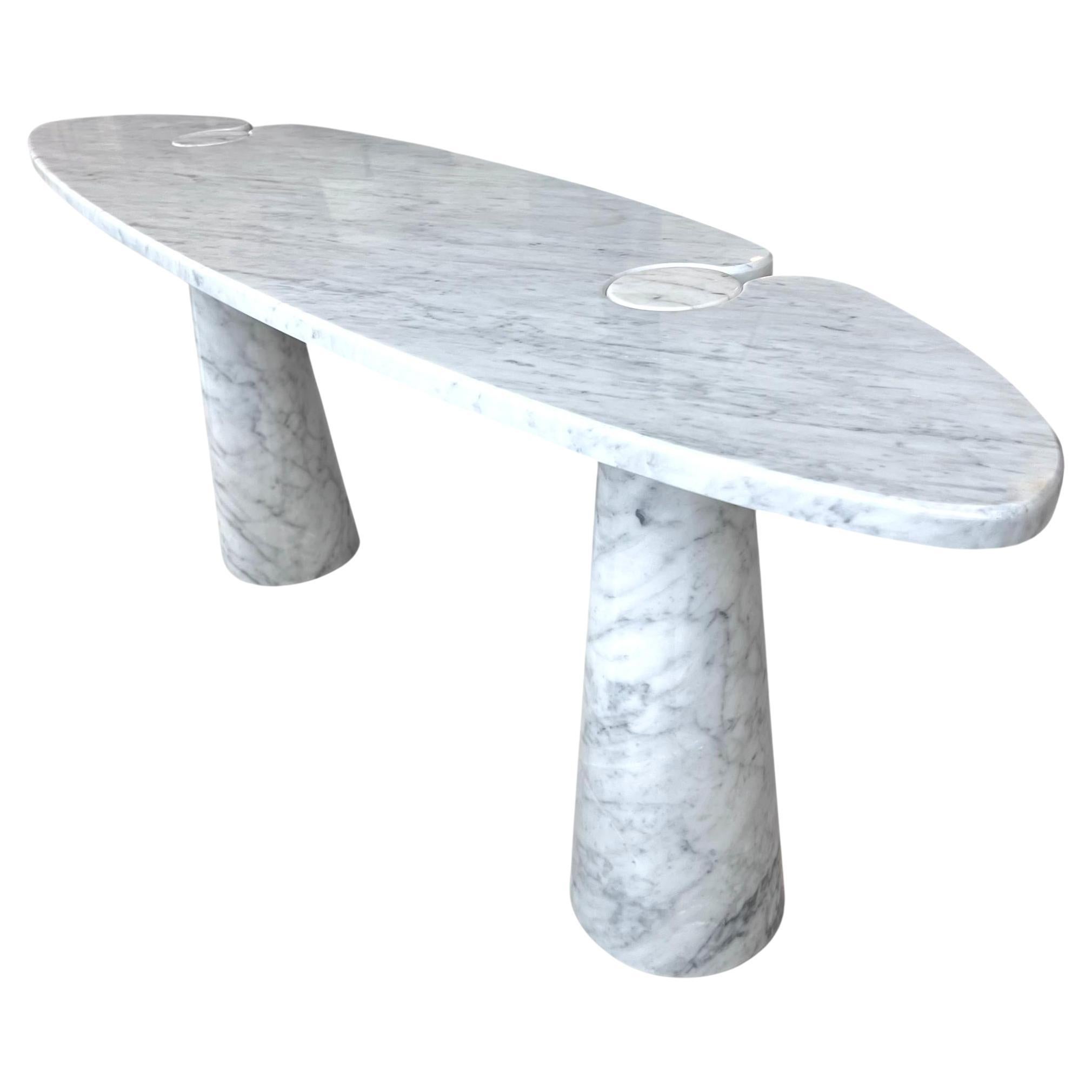 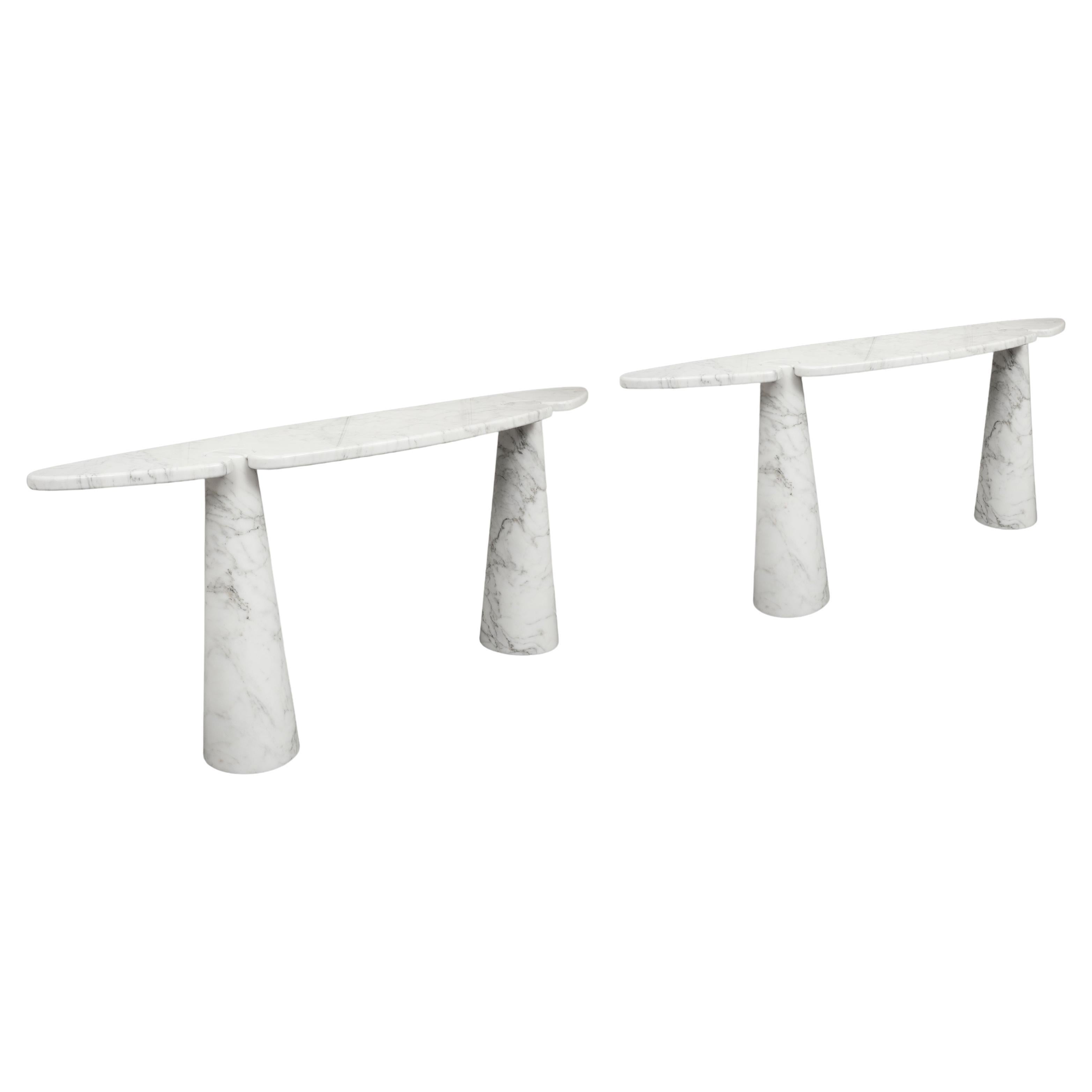 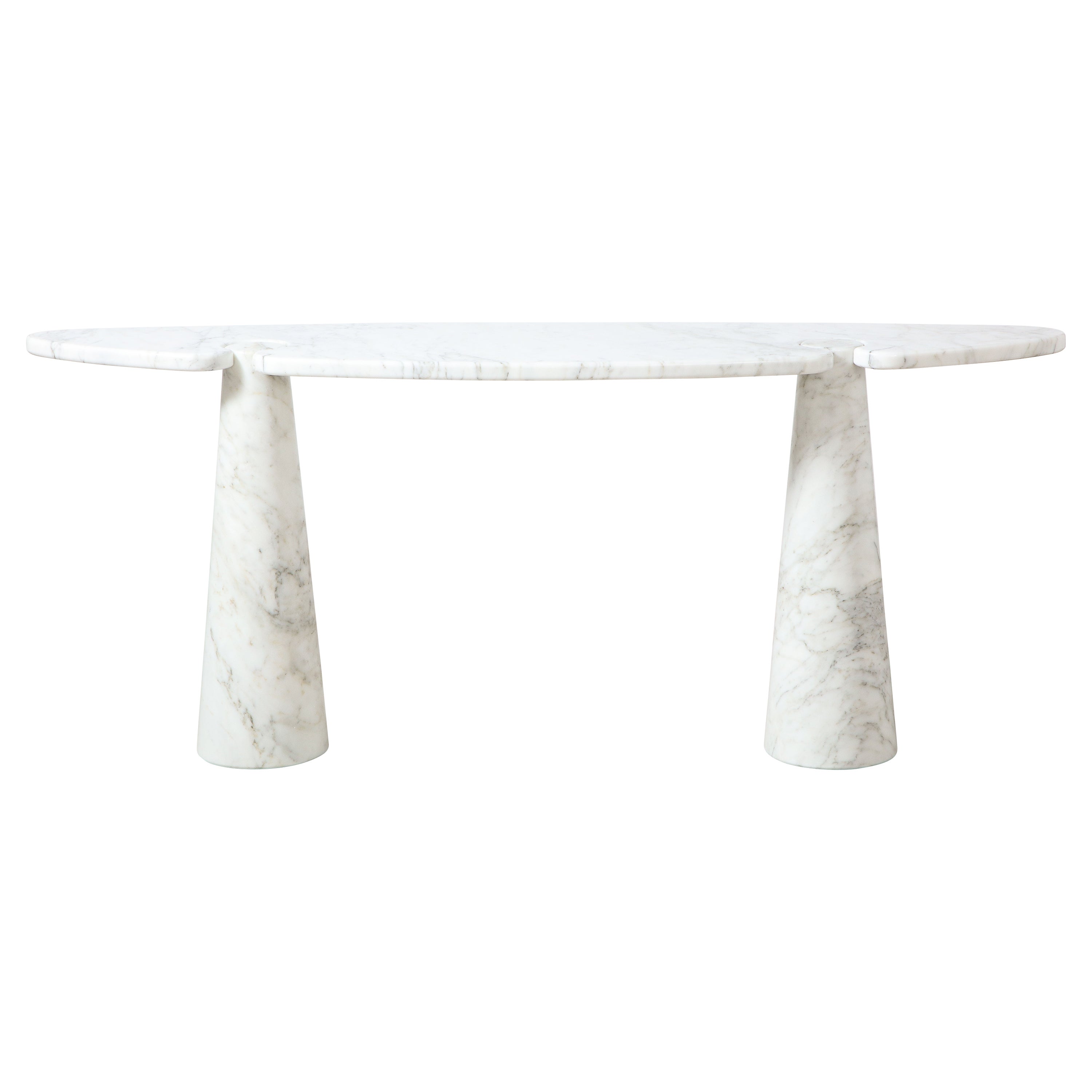 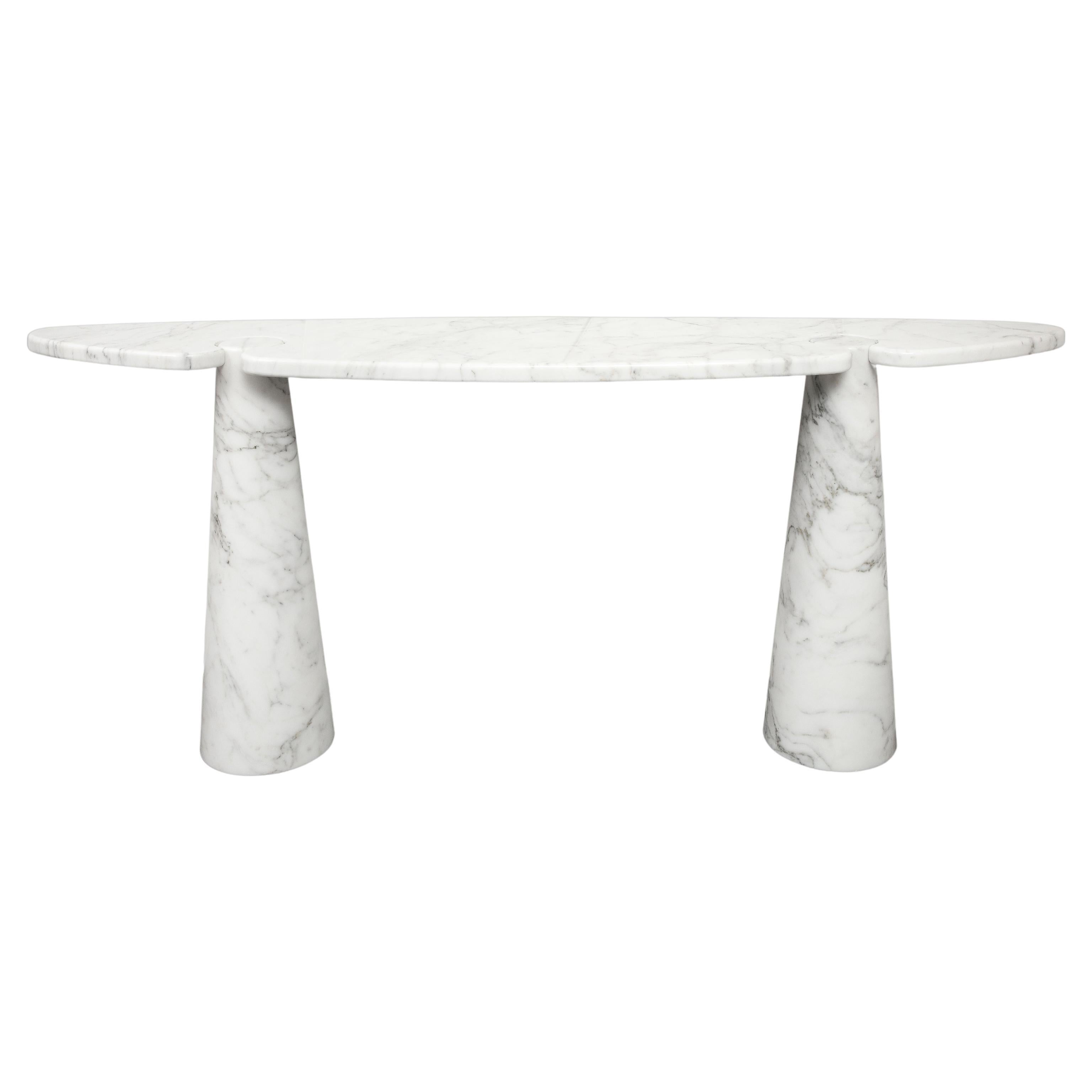 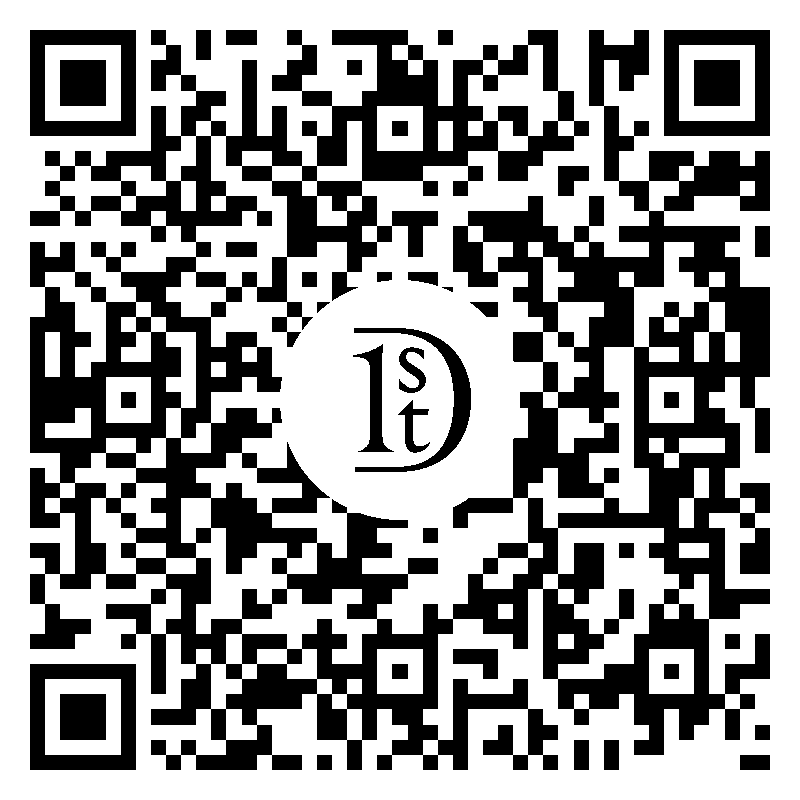 Set of 3 white Carrara marble console tables model ''Eros'' by Angelo Mangiarotti for Skipper - Italy 1970s Designed by Angelo Mangiarotti for Skipper from the 'Eros' series. Iconic white Carrara marble console tables with top fitted on a conical bases, Italy, 1971. These elegant console tables has beautiful subtle veining throughout the stark white marble with organic soft curves throughout. These modernist consoles is the floating organic model and is from the original 1971 production for Skipper. Original Skipper label affixed to the underside. These consoles is in absolute very good original condition, you will enjoy this unique object for many years in a beautiful location. Dimensions : - 180 W x 46 D x 71 H.cm - 66 W x 46 D x 71 H. cm. - 55 W x 46 D x 41 H. cm. Given Mangiarotti's research on furniture without joints, this console table was an example of the result of a gravity interlocking design in which the console top because of its weight stably fits into the truncated conical legs. The word 'Eros' refers to the male-female coupling of this interlocking solution. It is truly an ingenious and elegant design. Literature Beppe Finessi, Su Mangiarotti: Architettura, Design, Scultura, Milan, 2002, pp. 182- 185 Giuliana Gramigna and Paola Biondi, Il design in Italia dell”arredamento domestico, Turin, 1999, p. 294, fig. 2 Giuliana Gramigna, Repertorio del design italiano 1950-2000 per l’arredamento domestico, volume 1, Turin, 2003, p. 192. 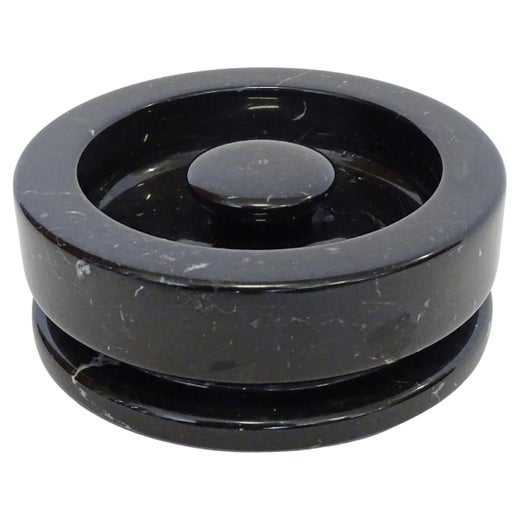 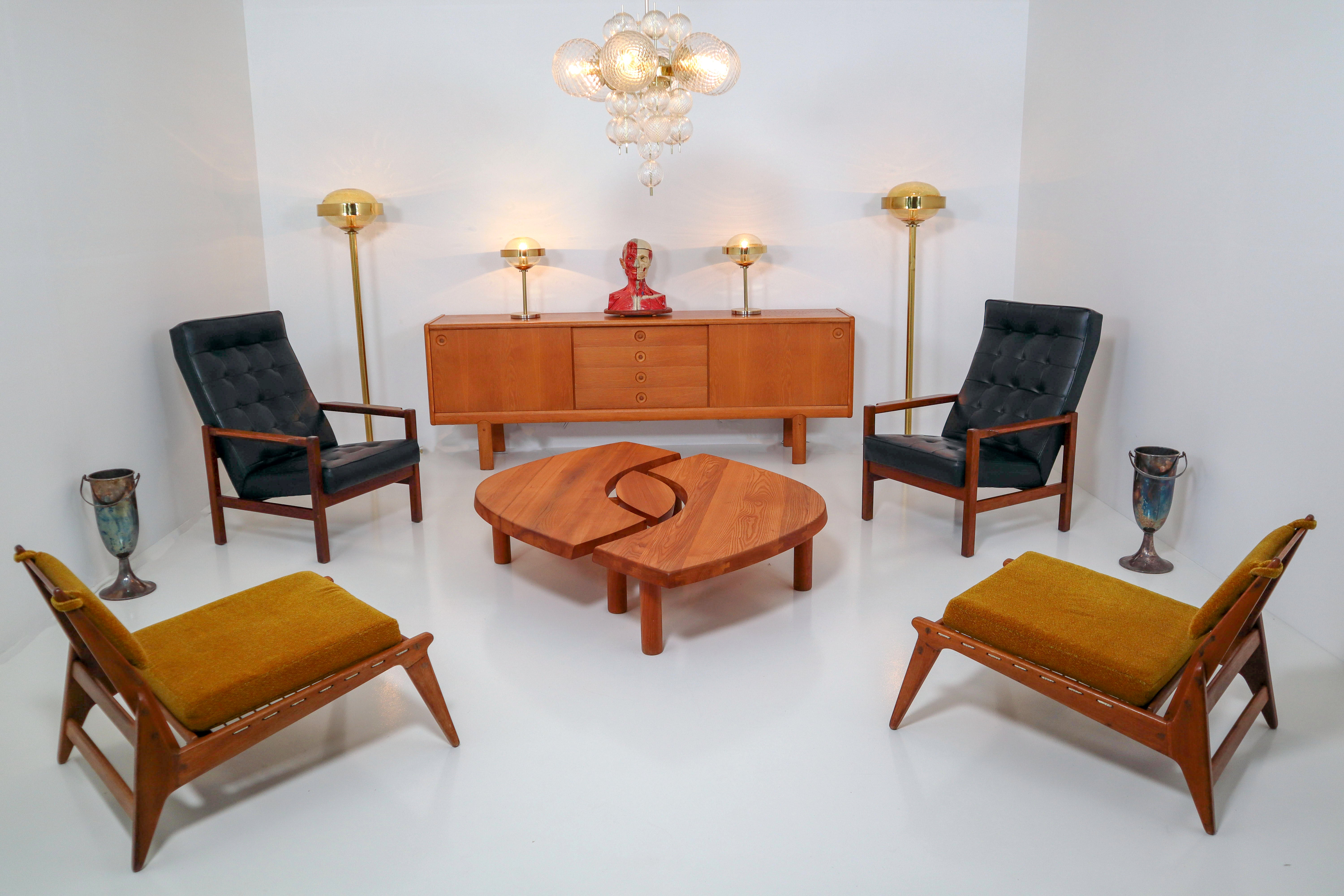 About the Seller
5.0
Located in Almelo, Netherlands
Platinum Seller
These expertly vetted sellers are 1stDibs' most experienced sellers and are rated highest by our customers.
Established in 1990
1stDibs seller since 2018
347 sales on 1stDibs
Typical response time: <1 hour
More From This SellerView All
People Also Browsed
You May Also Like