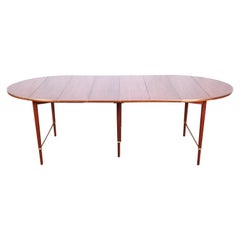 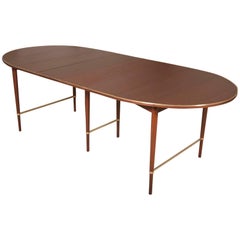 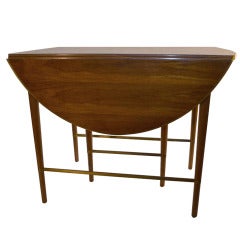 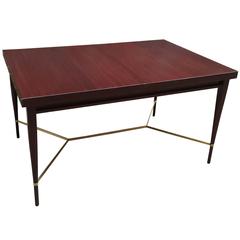 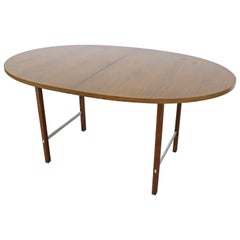 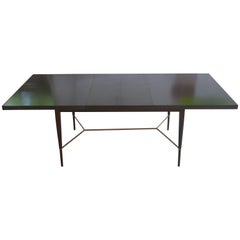 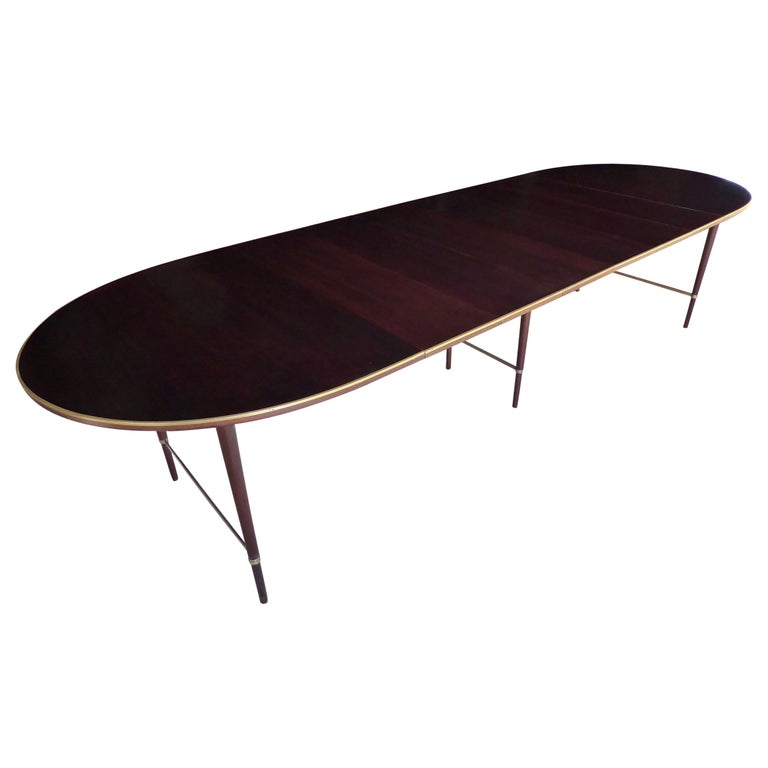 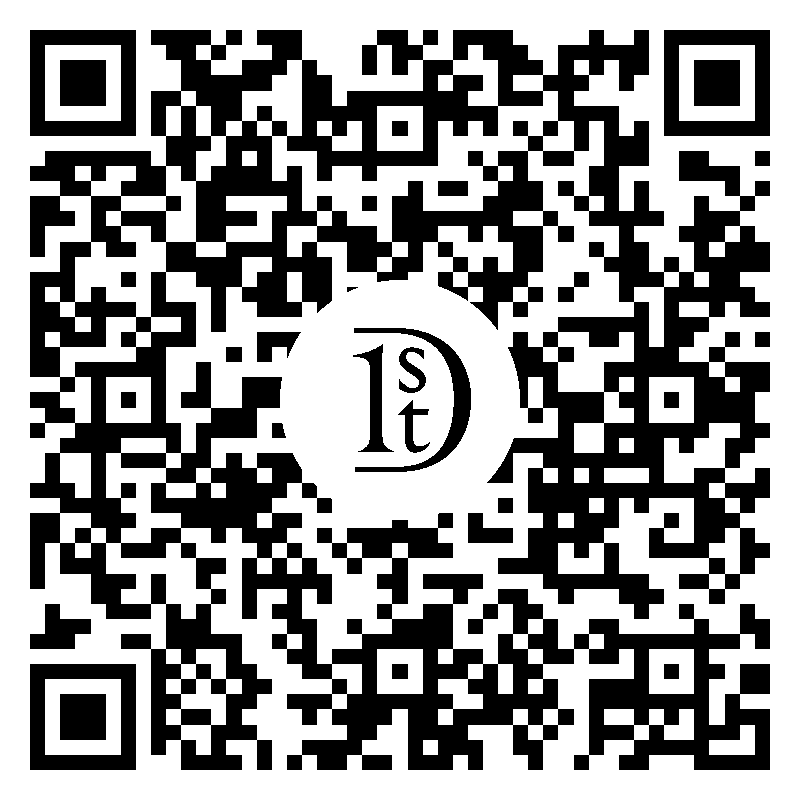 A strikingly beautiful, large scale mahogany Paul McCobb dining table from his Connoisseur Collection which was manufactured by H. Sacks and Sons in Brookline, Massachusetts and sold through the Directional Furniture showrooms, circa 1950s. This table is distinguished by its straightforward delicate lines and the brass banded top along with the brass stretchers that provide increased stability as well as aesthetic pleasure on the base. The dimensions of this table are as follows: Height: 29" Width: 41.25" Length with no leaves: 61" Length with six leaves: 127".

You could call Paul McCobb a man of parts. As a furniture designer, his work combined the attributes of many of his now better-known peers. Like Bauhaus designers such as Ludwig Mies van der Rohe and Marcel Breuer, his furniture had purity of form and line. Like the designs of Florence Knoll and George Nelson and his associates, McCobb’s work was efficient and purposeful. And even like George Nakashima, he was adept at interpreting traditional forms, in particular those of chairs, for the 20th century.

More than any other designer beside Russel Wright, with his ubiquitous ceramic tableware, McCobb was arguably responsible for the introduction of modern design into middle-class American households — if for no other reason than that he designed the 1952 set for the original Today show. McCobb also designed cohesive lines of furnishings, such as his best-known “Planner Group,” that gave homes an instant “look.” McCobb designed for several companies, most notably Directional, the New York firm that also produced designs by other legends, such as Paul Evans and Vladimir Kagan.

The signal aesthetic attribute of McCobb designs is that he completely forsook ornament — his pieces have no flourishes. And yet, because they are honest — the chairs, desks and tables are made of solid wood, usually maple or birch, often paired with frames and legs of wrought iron; the cabinets are traditionally scaled; the seating pieces have historic antecedents such as the Windsor chair — McCobb’s work has warmth and presence. As you can see from the offerings on these pages, Paul McCobb designs are the pin-striped suit, or the little black dress, of a décor: an essential.

Pair of Nickel-Plated Steel Trilobi Table Bases Made by Mastercraft