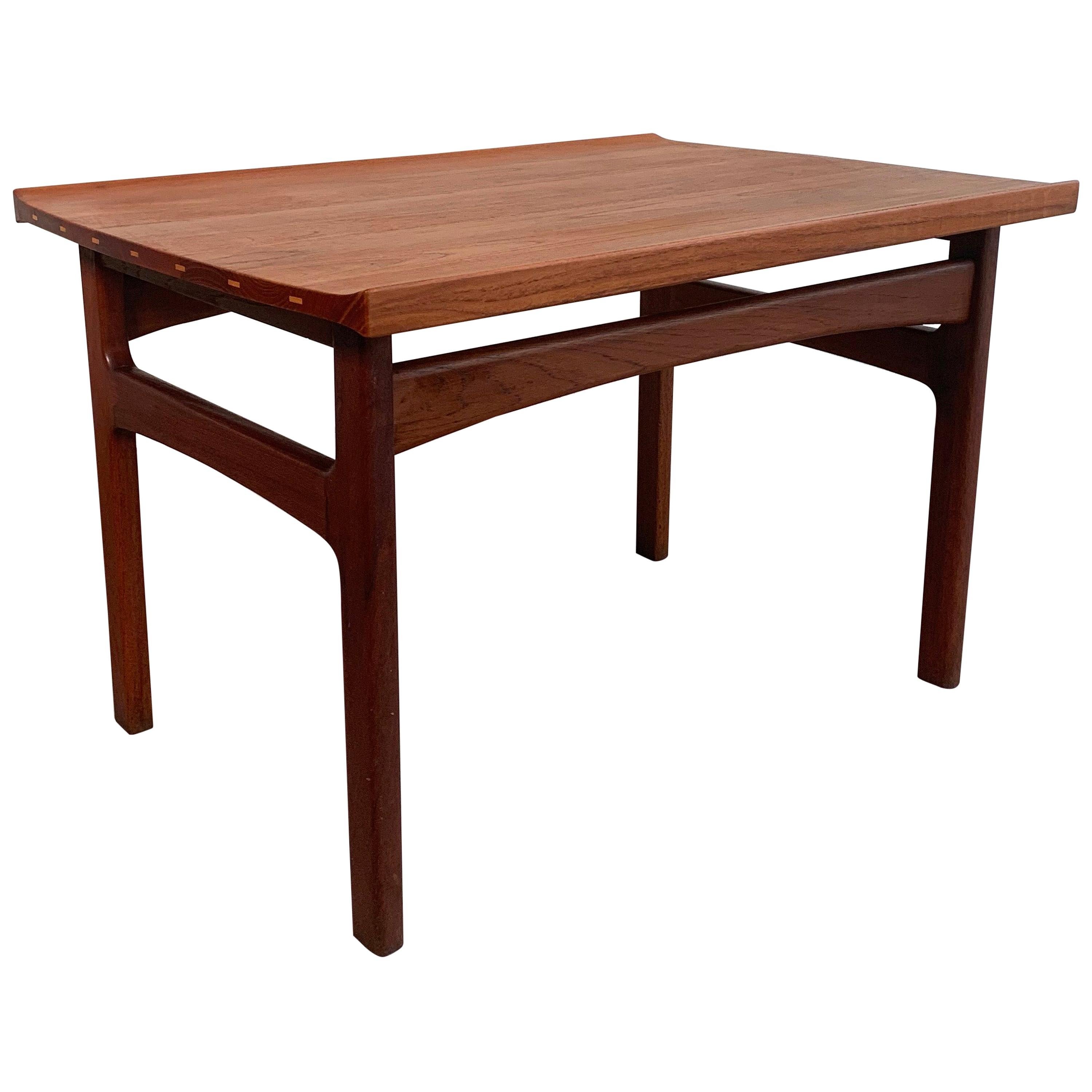 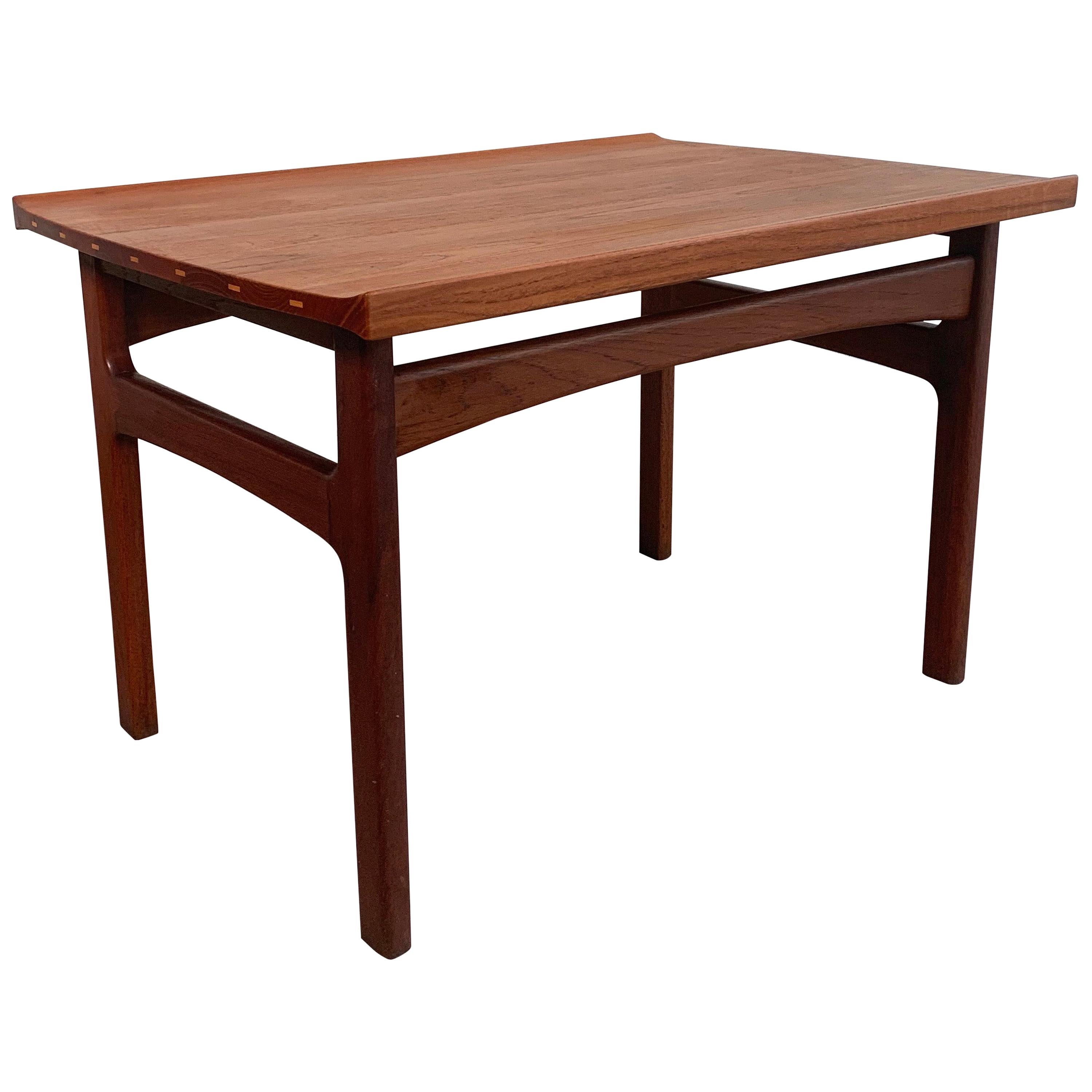 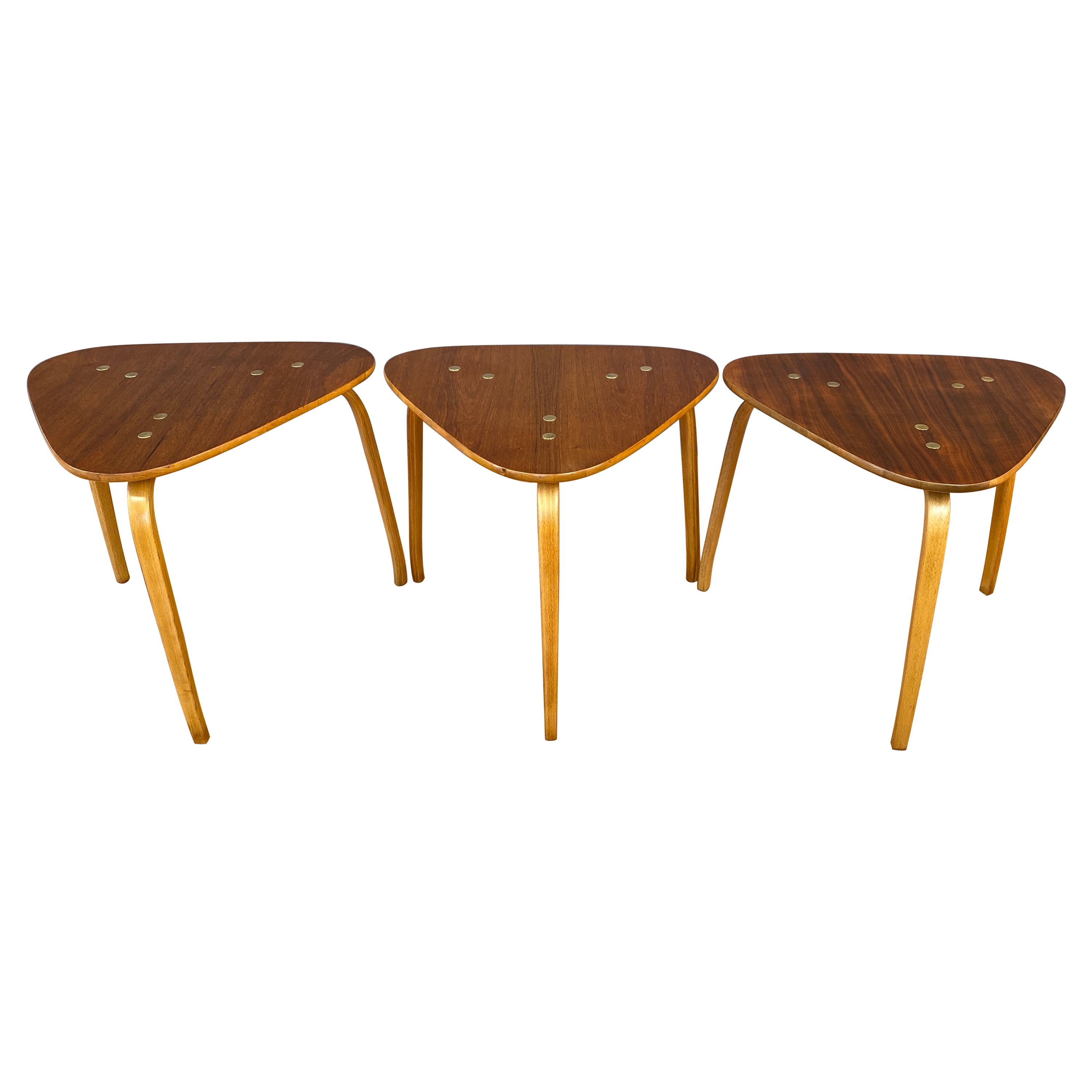 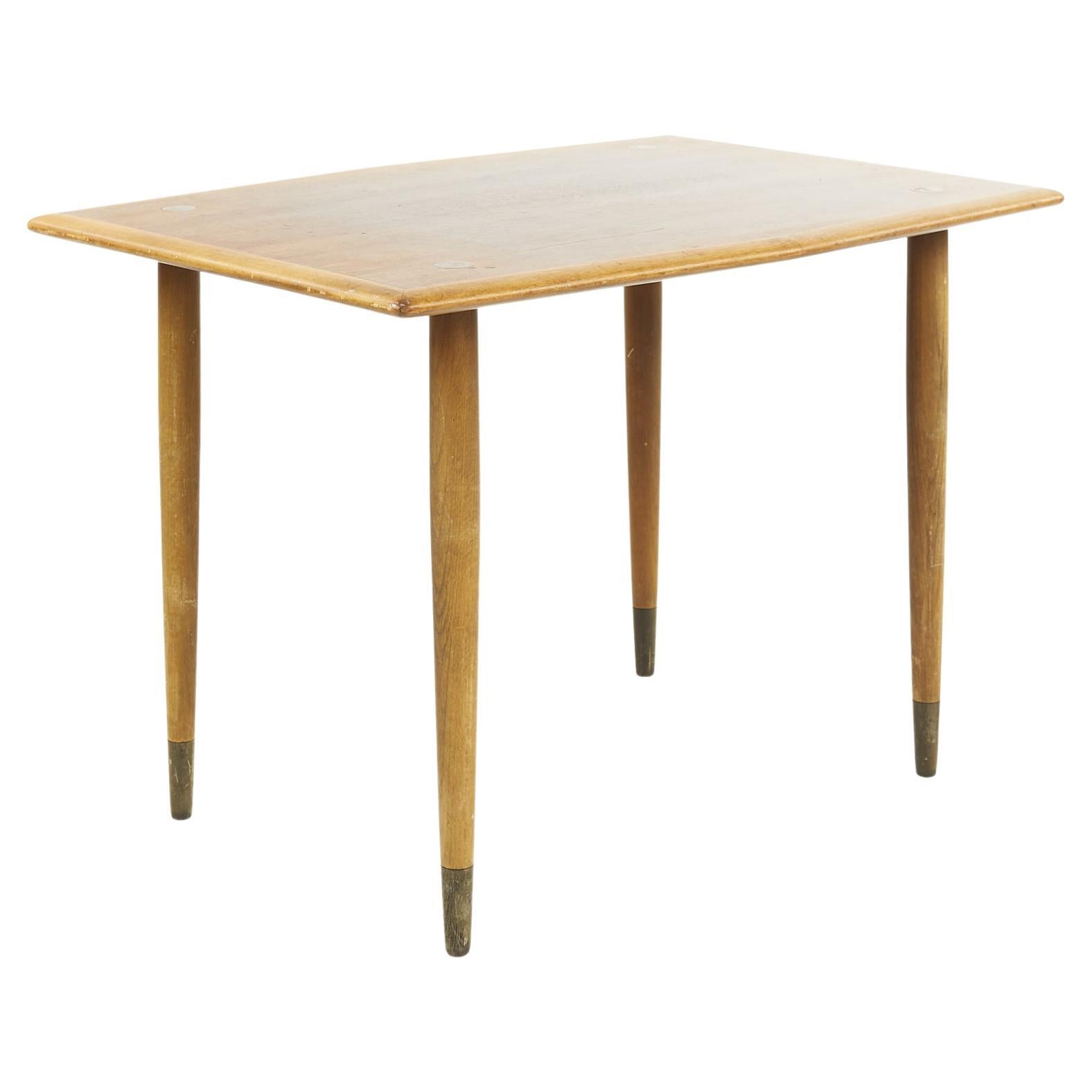 Scandinavian Modern Teak Side Table By Yngve Ekström For Dux 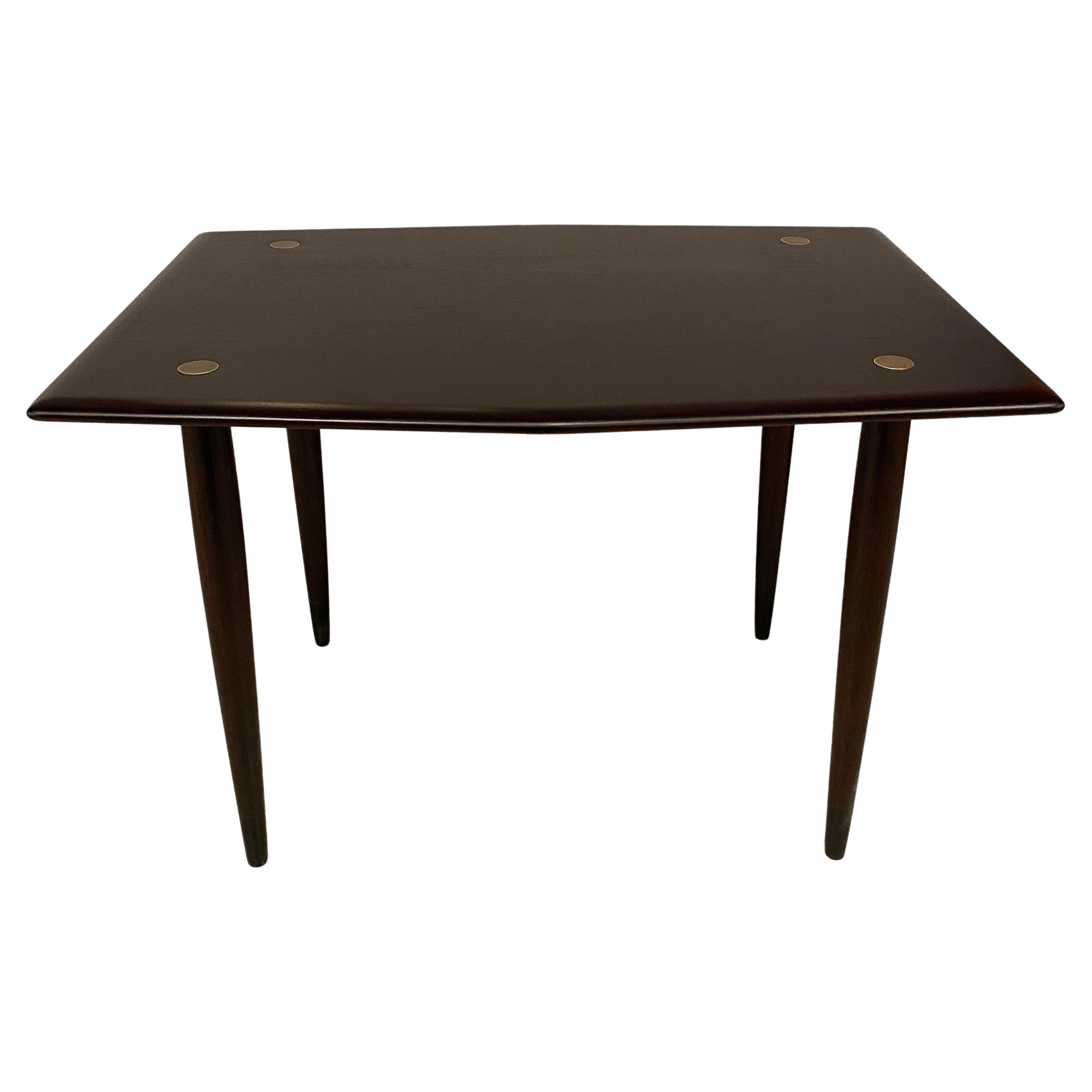 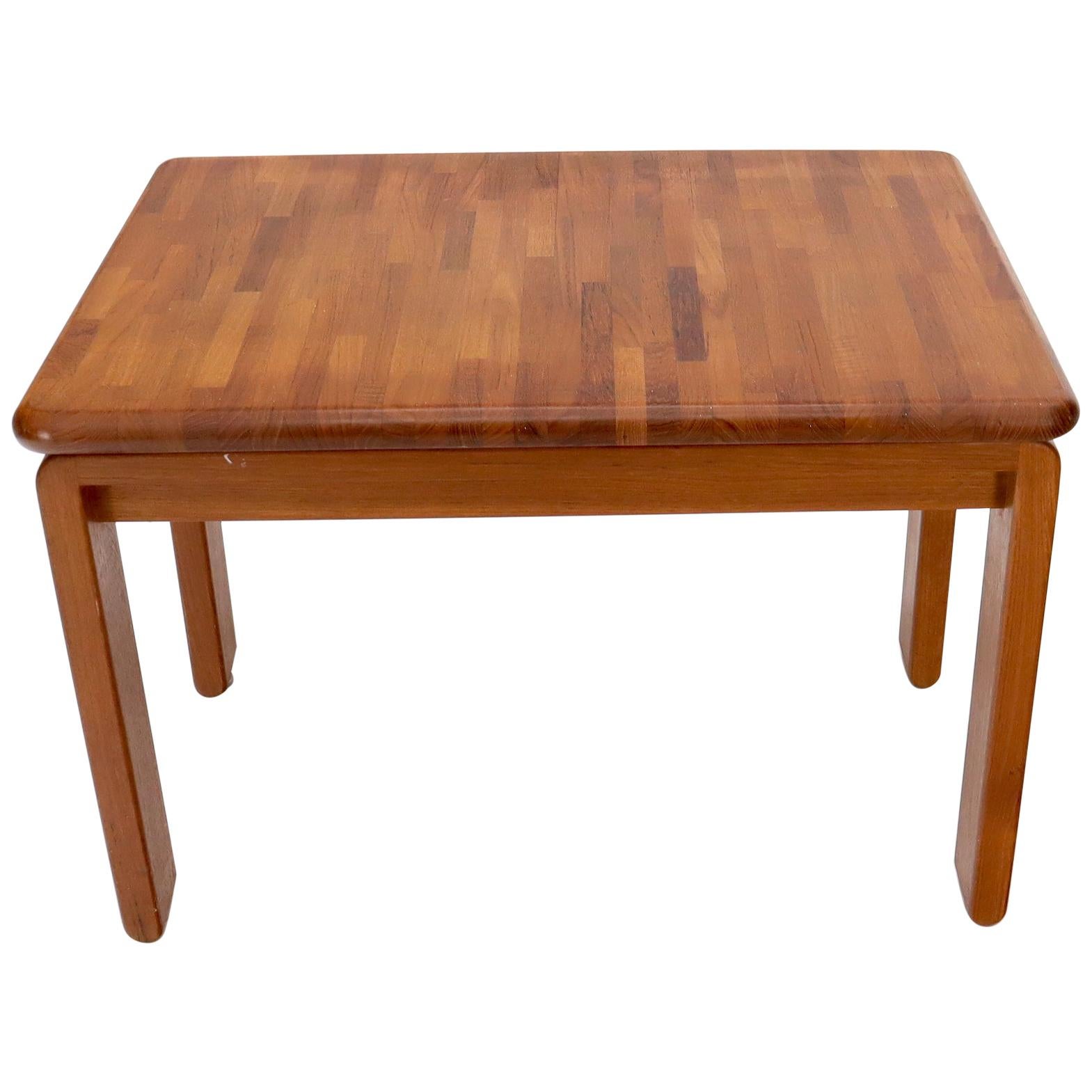 Swedish Modern Teak and Brass Side Table by Dux 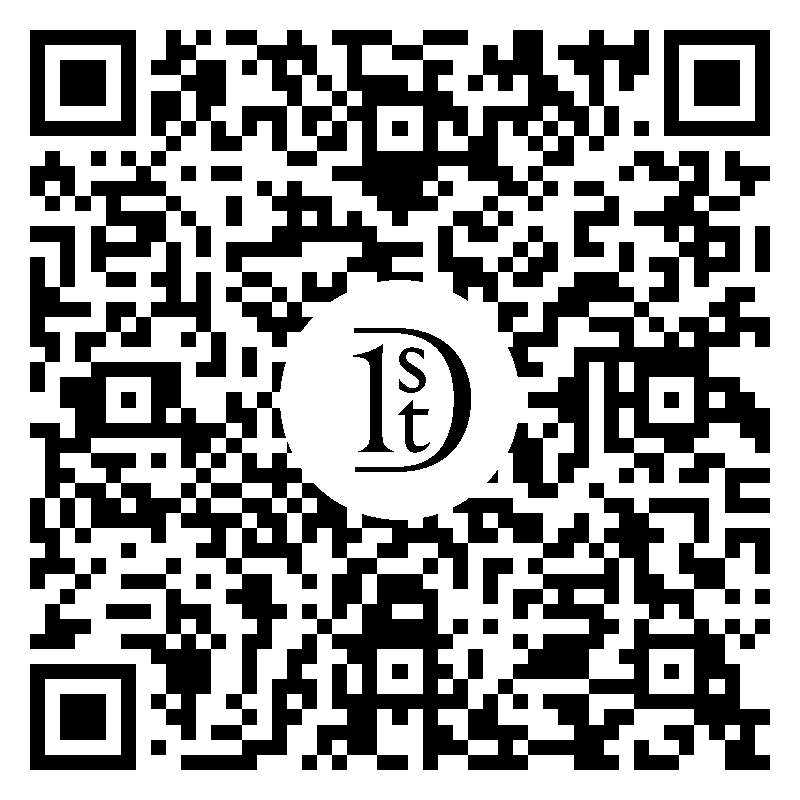 Offering stunning newly refinished Swedish Modern side table by DUX. This teak table has very nice brass accents that pop out of the beautiful teak wood grain. The table is in excellent condition with a unique hexagonal shape. 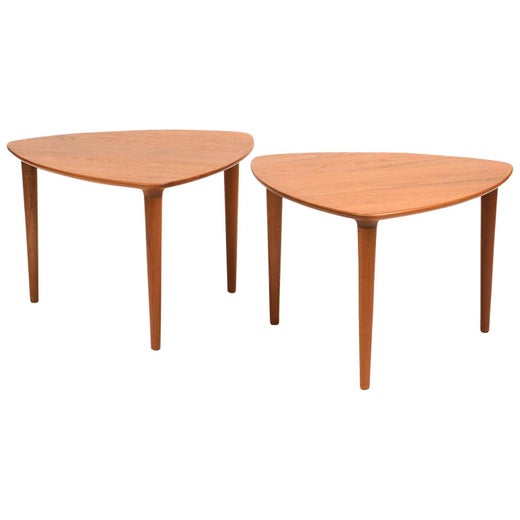 Shop All Dux of Sweden

Today, Swedish manufacturer DUX’s most popular furniture lines — as well as the furnishings created by its first president, Folke Ohlsson — are synonymous with the work that vintage mid-century modern design obsessives love. Also important, the brand is known for some of the most commonplace means of furniture shipping and production in the modern era.

In Sweden, Studio Ljungs Industrier AB is the large family-owned parent company of Duxiana (in America, DUX). Initially a purveyor of bedding that is today celebrated for its ergonomically guided designs, Ljungs Industrier was founded by entrepreneur (and chocolate maker) Efraim Ljung in 1926. In 1950, Folke Ohlsson, then leading Ljungs Industrier’s design team, decamped to the States to explore how he could expand DUX’s business, which at that point included a wide range of furniture. Ohlsson established a DUX office not long after he arrived in California, first in San Francisco and later in Burlingame.

On the West Coast, the booming postwar American market was eager to embrace DUX’s affordable and practical bedroom furnishings, tables, armchairs and other seating. Characterized by sleek walnut and teak frames and low-slung silhouettes, the brand’s designs were emblematic of a generation of Scandinavian modernism that had gained popularity owing to visionaries such as product designer and architect Greta Magnusson-Grossman, who arrived in California from Sweden a decade prior to Ohlsson, and Finn Juhl, who created a Danish modern line for Michigan’s Baker Furniture Company in 1951.

DUX frequently collaborated with top-tier furniture design talent — among them Bruno Mathsson, Edward Wormley and Alf Svensson, a chief designer in the Malmö, Sweden, office of Ljungs Industrier — expanding the brand’s portfolio and establishing credibility as a design source. Ohlsson’s own designs, such as his comfortable leather lounges and wool-upholstered reclining rocking chairs, continue to be among the brand’s most desirable — and most imitated — however.

In 1949, DUX put into practice an idea that Ohlsson patented for the so-called “knock-down,” or “KD,” chair, a term referencing easy, flat-pack assembly. It saved DUX space in warehouses and money on transportation and was a concept that would provide inspiration to hundreds of subsequent companies — most notably fellow Swedish brand IKEA.

About the Seller
4.9
Located in South Bend, IN
Platinum Seller
These expertly vetted sellers are 1stDibs' most experienced sellers and are rated highest by our customers.
Established in 2012
1stDibs seller since 2017
1,125 sales on 1stDibs
Typical response time: 1 hour
More From This Seller

$1,200
3 Yngve Ekström Designed for DUX, Guitar Pick Tables Sweden
By Dux of Sweden, Yngve Ekström
Located in San Francisco, CA
Three small tables is the shape of guitar picks, designed by Yngve Ekström for DUX of Sweden. Three bent wood legs on each table, that most likely are Beech, each leg is attached to...
Category

Scandinavian Modern Teak Side Table By Yngve Ekström For Dux

$1,600
Teak and Jacaranda Scandinavian Modern Side Table
Located in New York, NY
A square table, related to the previous three pieces, as they once all lived together (in harmony) in a spacious home in Gothenburg, Sweden. All followed the tradition of elegance wi...
Category

$895
Mid-Century Modern Teak Side Tables by Tove and Edvard
By France & Søn
Located in Jupiter, FL
Teak side by Tove and Envard Kinda Larson Model no 510 from Denmark and remarkable I have the original receipt from the owner whom brought these beauty back from Denmark 1.3. 1964, p...
Category

Mid-Century Modern Teak Side Tables by Tove and Edvard