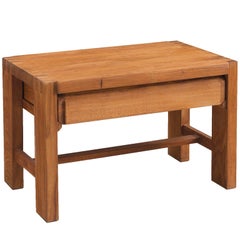 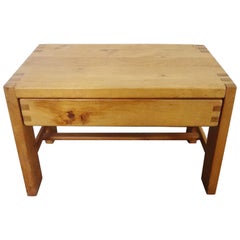 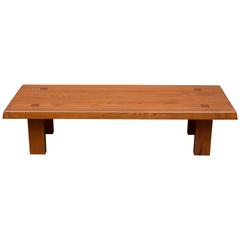 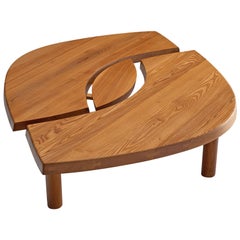 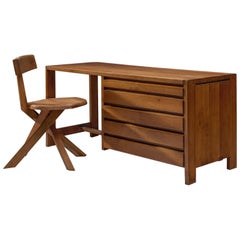 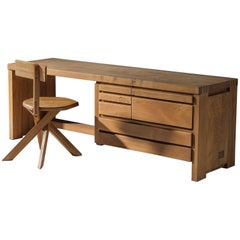 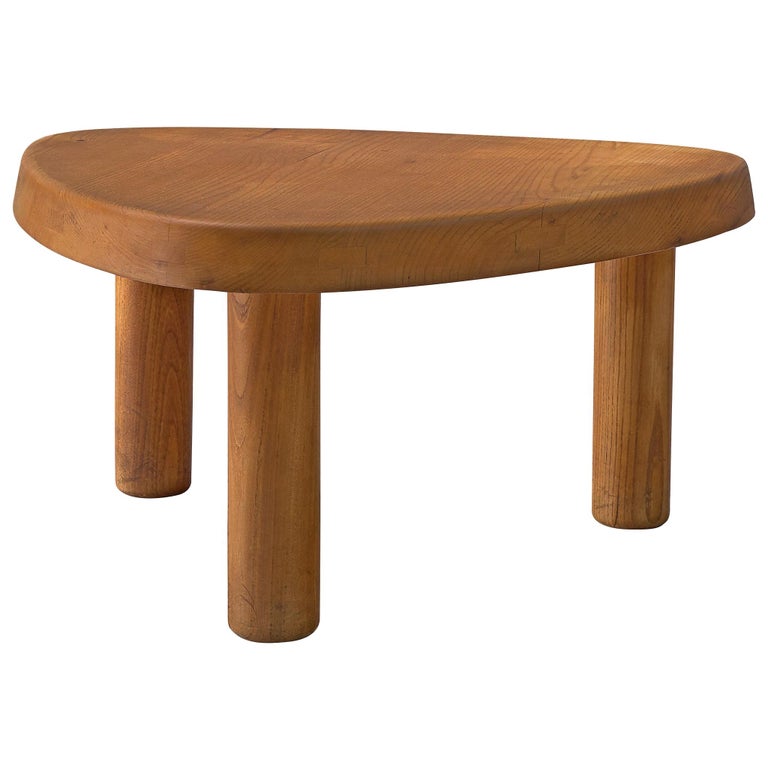 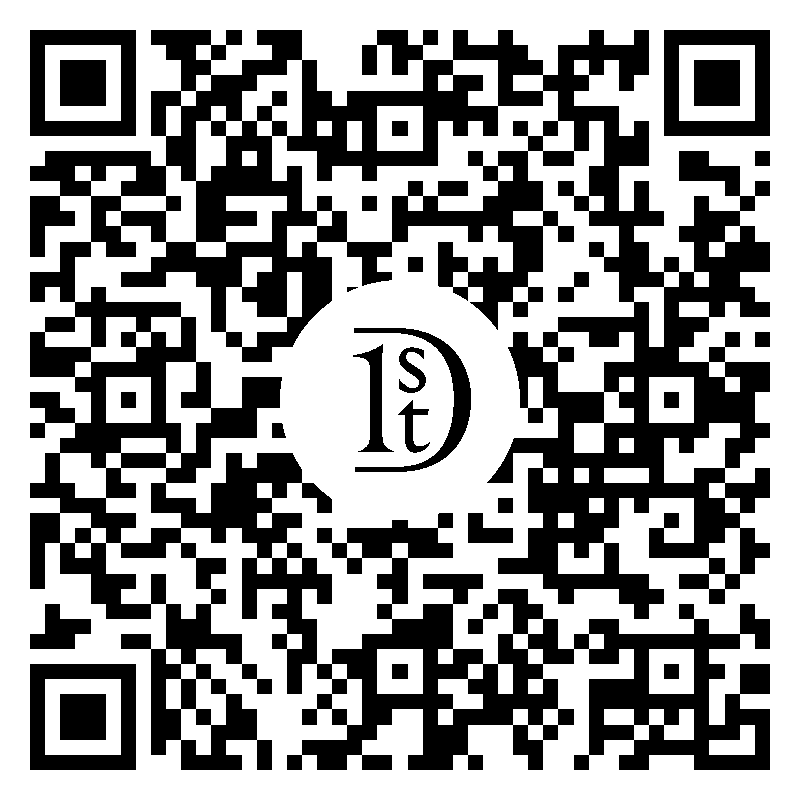 Pierre Chapo, side table T23, elm, France, circa 1960 This side table is designed by Pierre Chapo. The T23 is one of the rare free forms in in Pierre Chapo's collection. The tabletop is relatively thick with 5cm and thanks to its asymmetrical, triangle top, the table has a strong architectural appearance. The three legs are sturdy and strong. As always, the wood-joints are clearly visible on the sides of the tabletop. It was one of Chapo's beliefs that the constructional elements should never be hidden from sight. Good, light patinated condition with some wear noticeable. Pierre Chapo (1927-1987) was born in a family of craftsmen and trained as an architect in Paris. After spending many years traveling through south and north America he and his partner Nicole set up Société Chapo, an architectural research consultancy and interior design firm. In 1958 they opened their famous gallery at 14 Boulevard de l'Hopital. Chapo's work originated by means of special commissions that could later be adapted to universal needs. Chapo was inspired by Frank Lloyd Wright's balanced lines, Corbusier's research on proportions and the Minimalist tendencies of Bauhaus. Societe Chapo was a design workshop and gallery in one where Nicole presented ceramics, textiles and other design by the great designers of the day. The three principles that motivated Pierre Chapo were 'material, form, and function.' He measured his furniture by means of golden ratio and used elmwood as his preferred material. Literature: - Magen, H. Gallery. Pierre Chapo. A Modern Craftsman. New York, 2017, p. 192 - 194.

1960s Coffee Table in Elm and Ceramic by Pierre Chapo