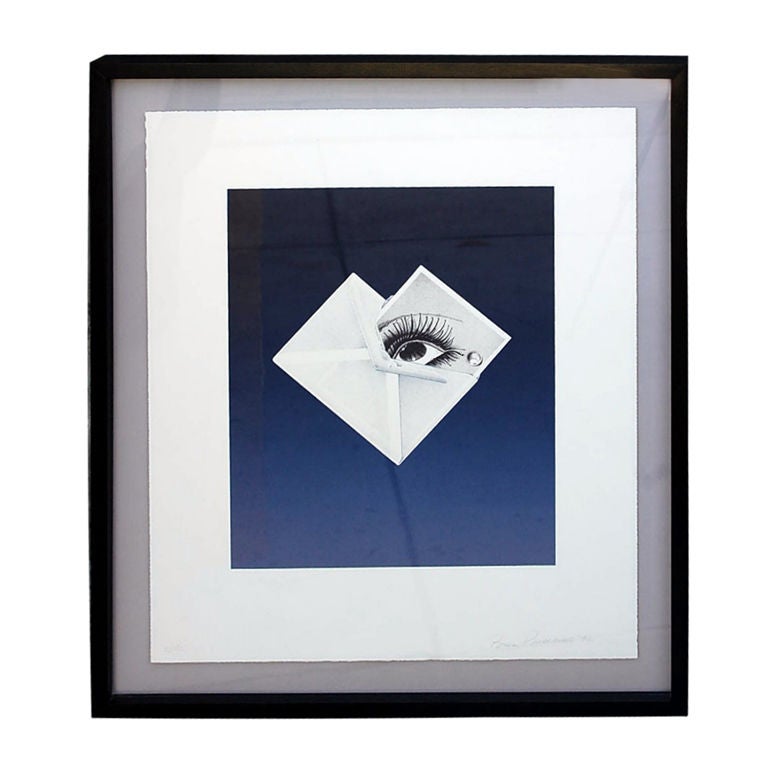 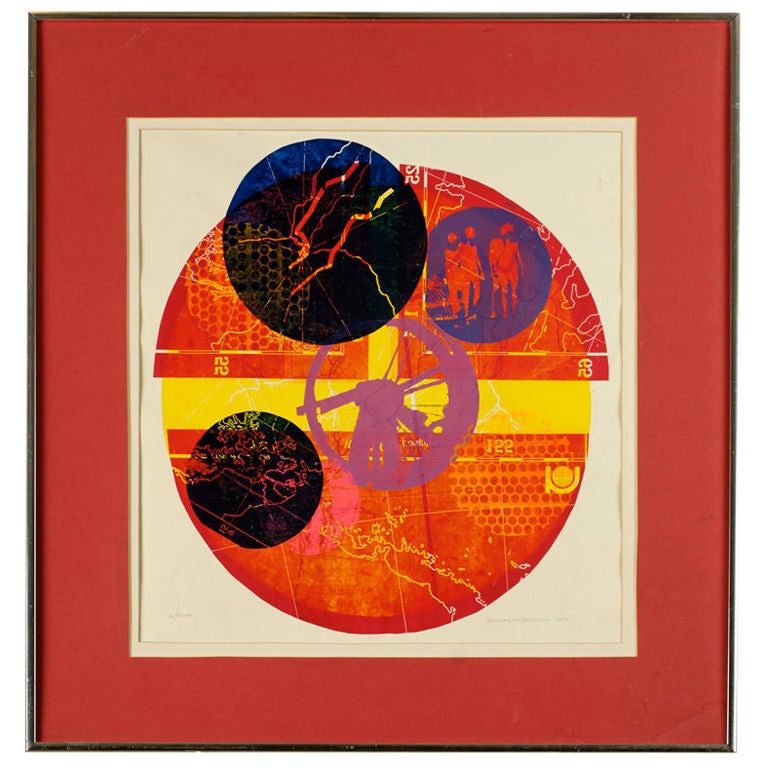 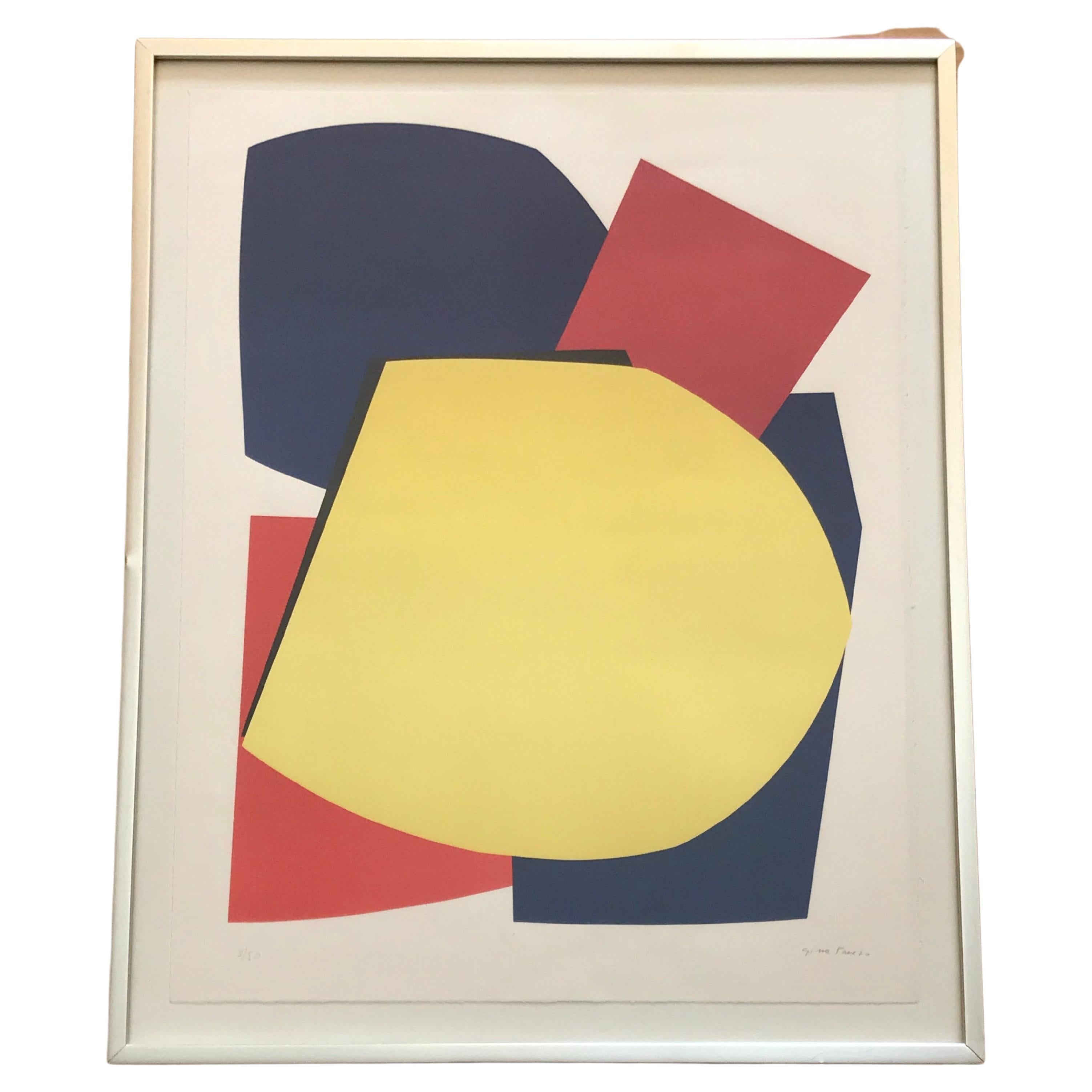 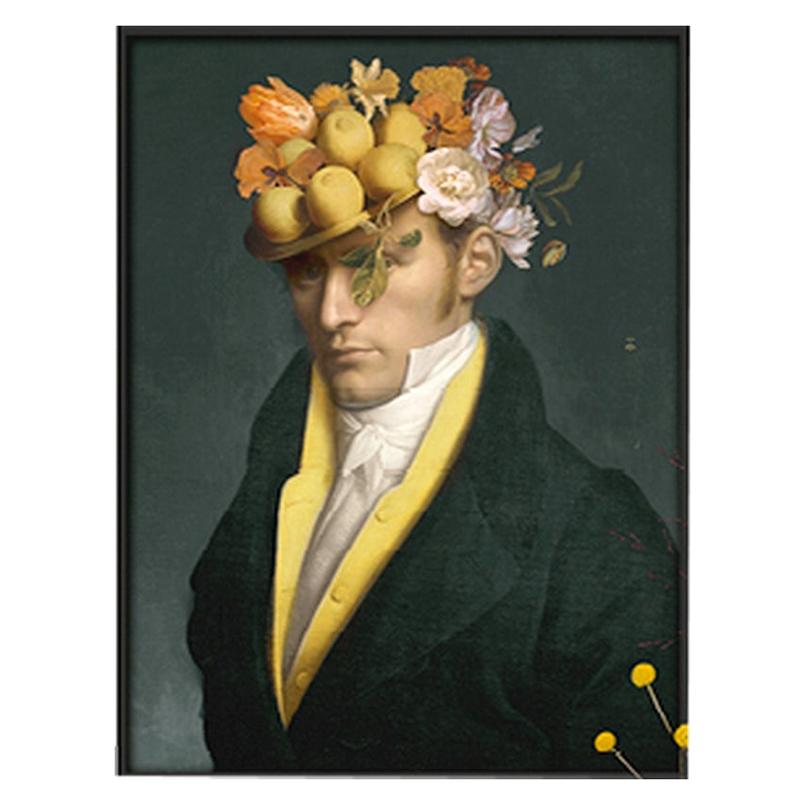 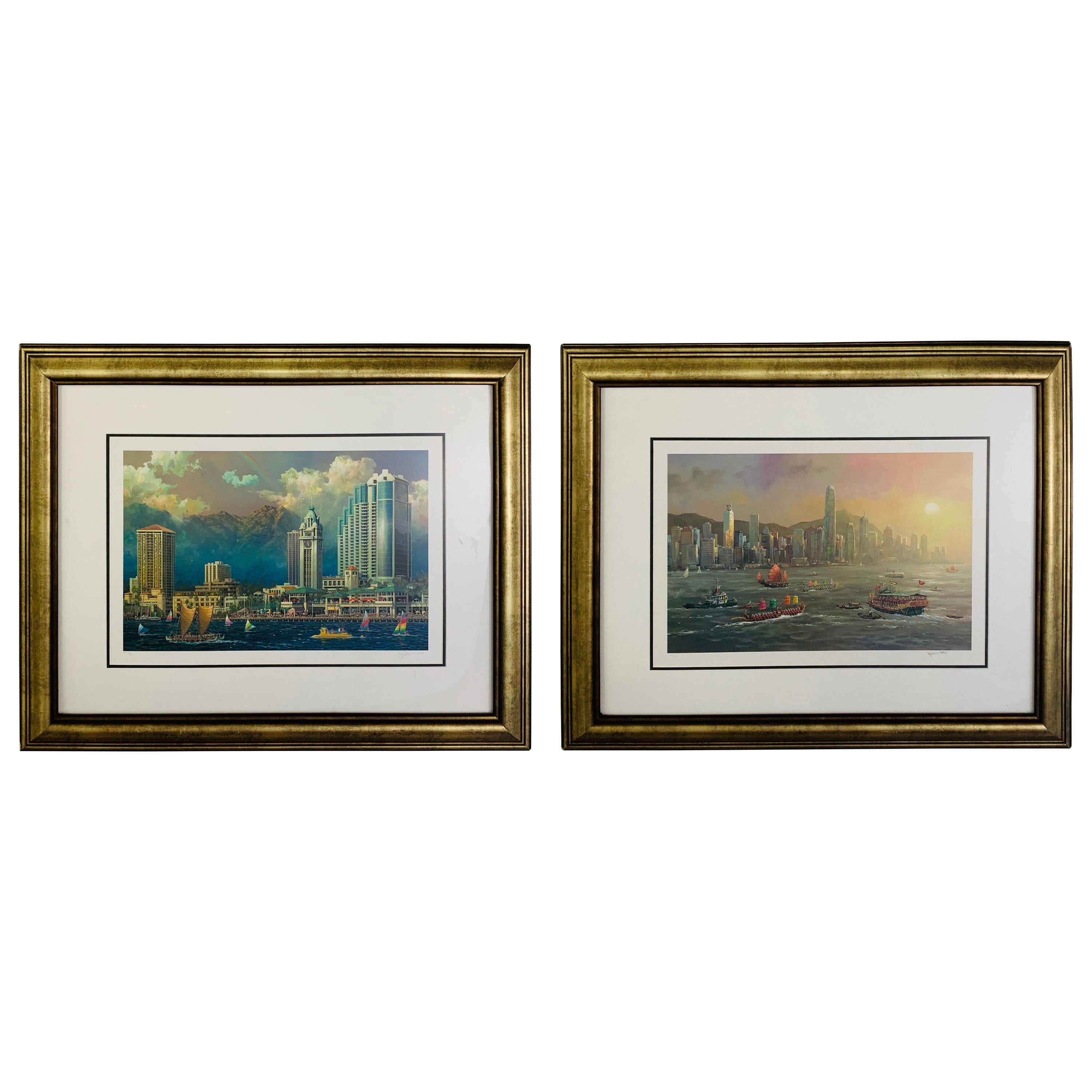 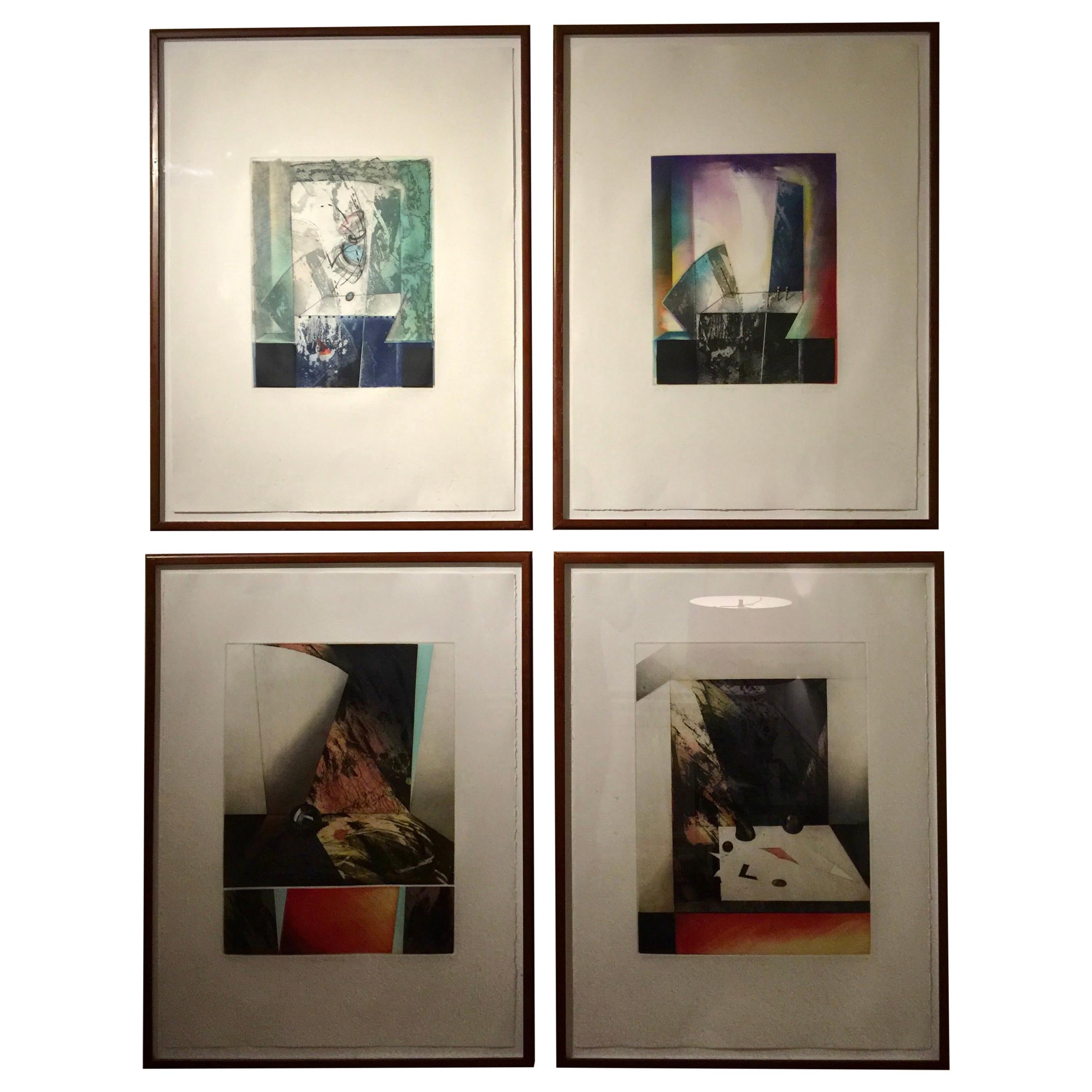 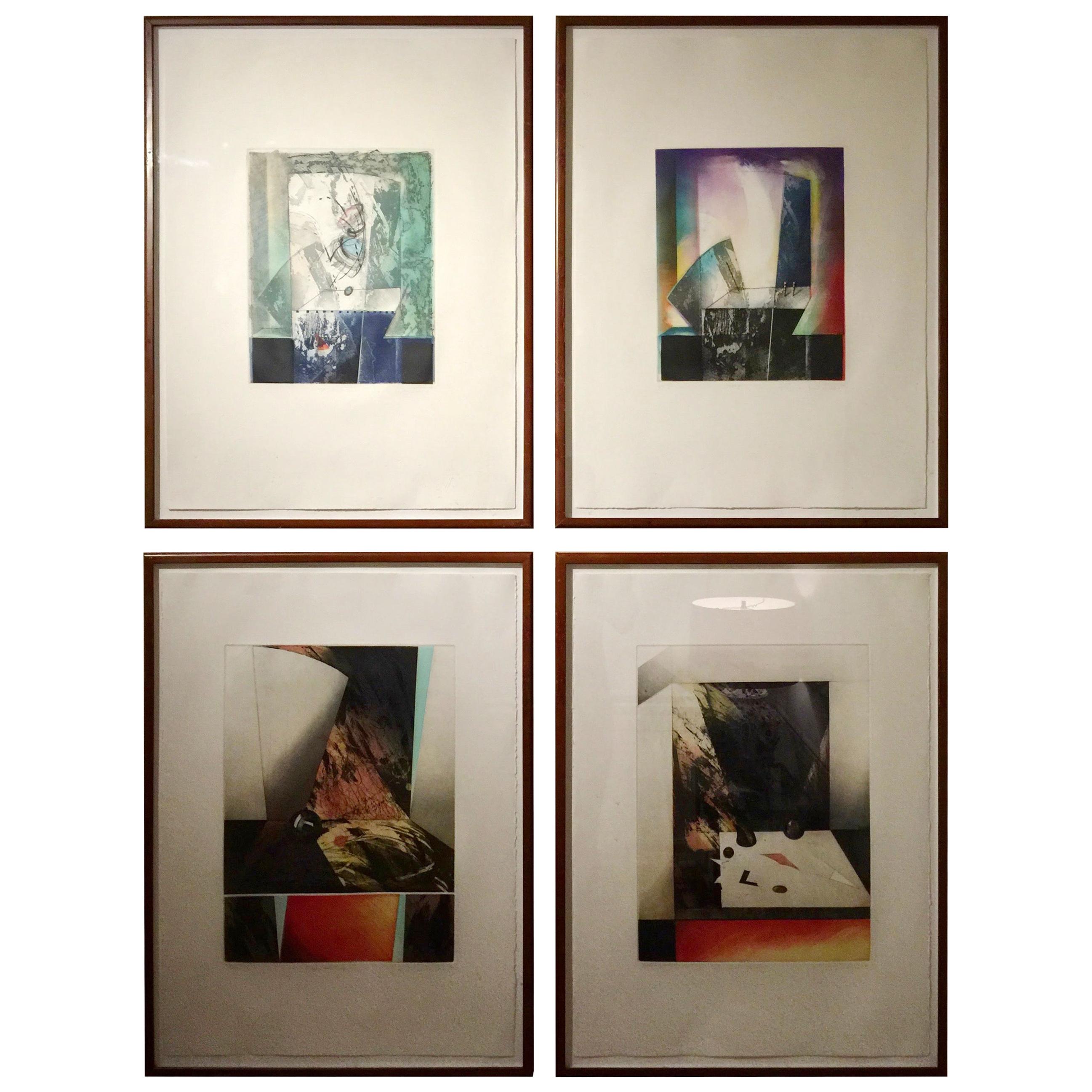 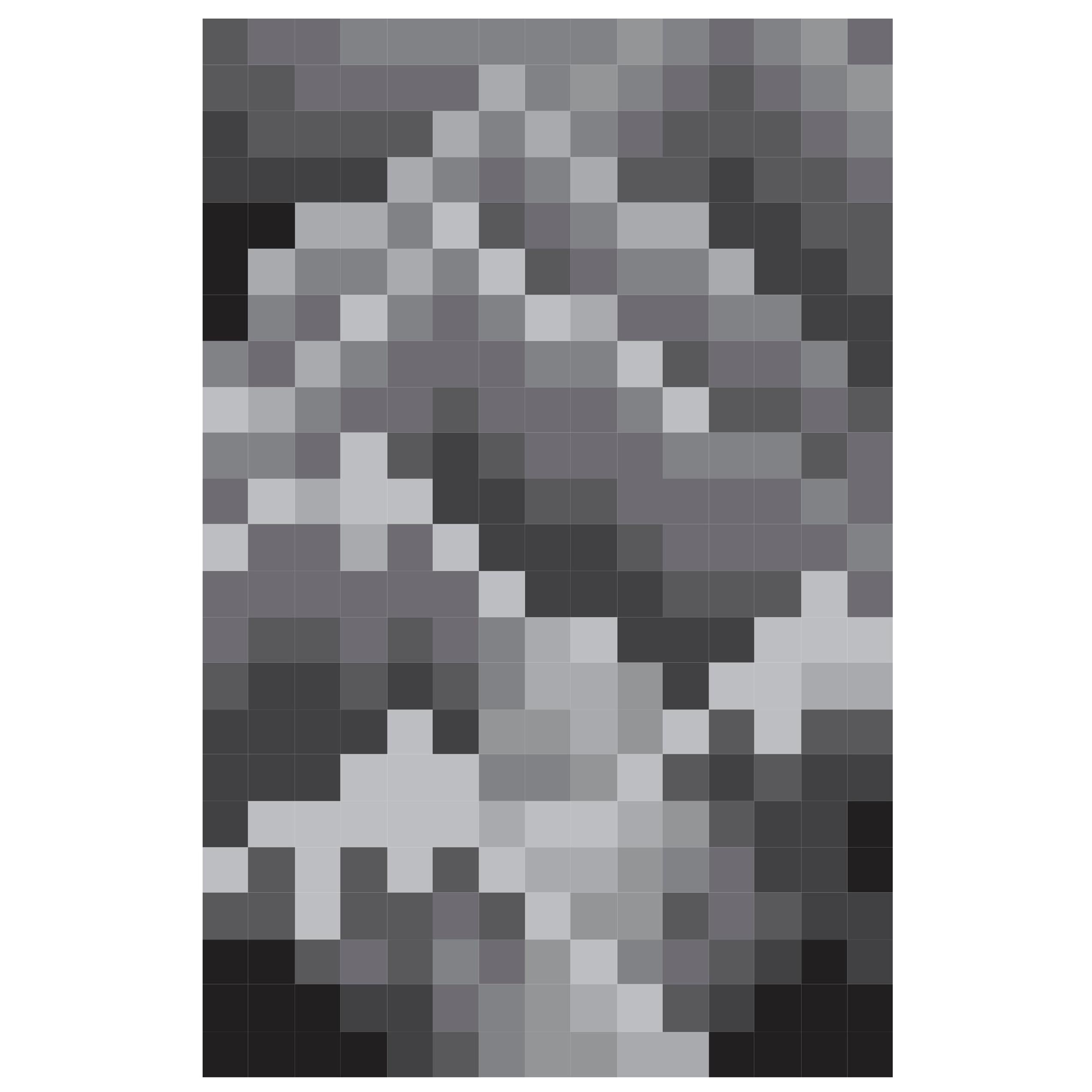 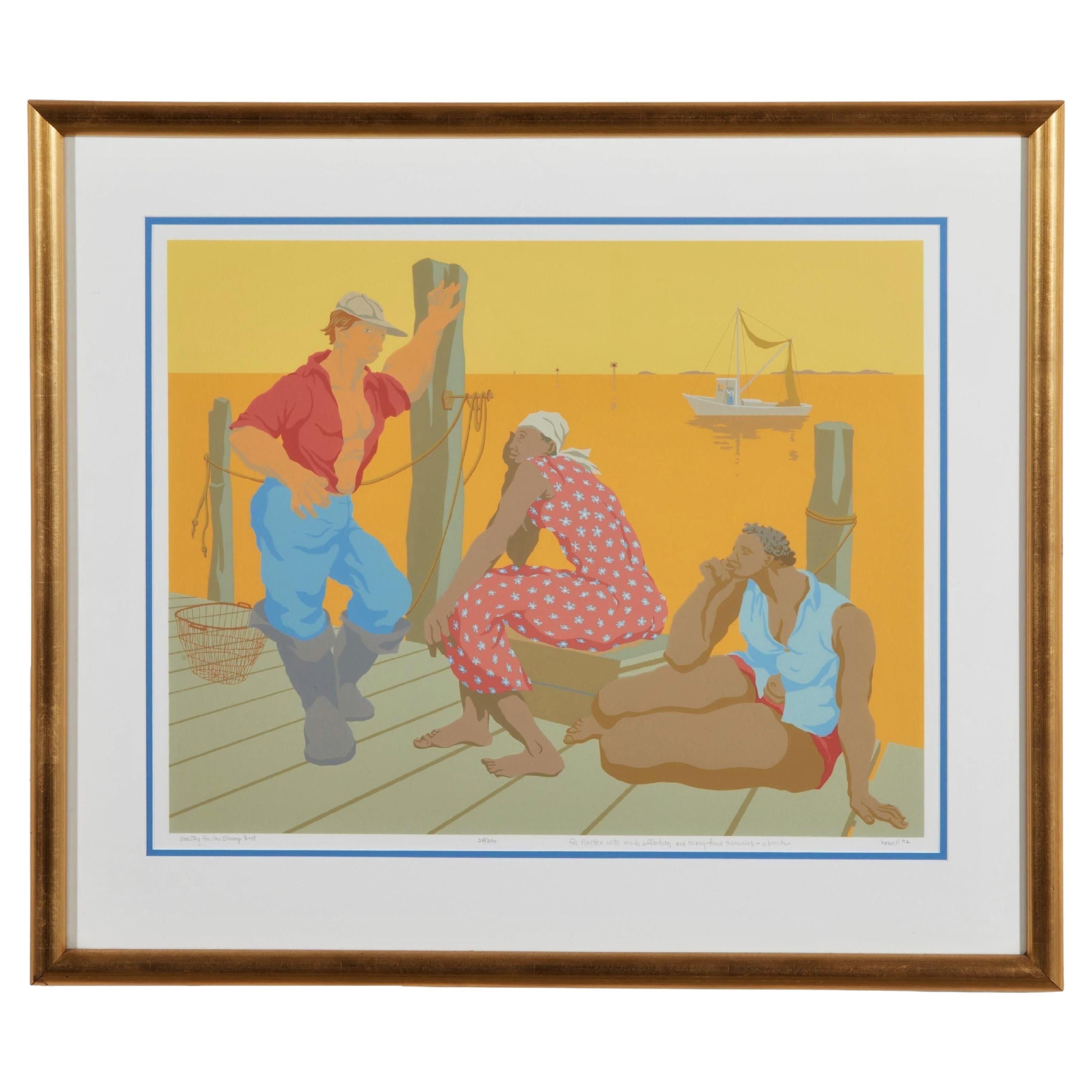 Framed Lithograph View of the Lake with Boats, Signed 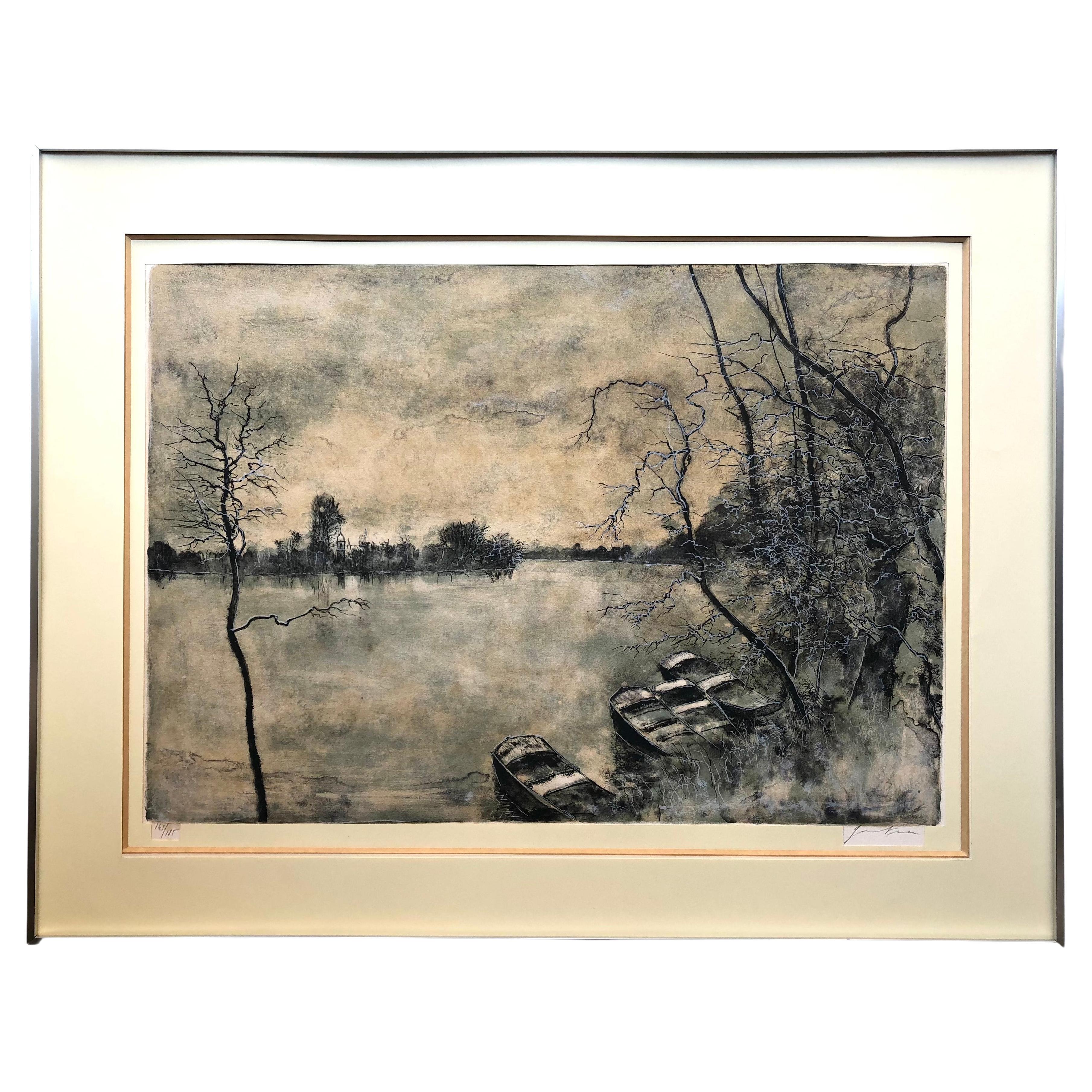 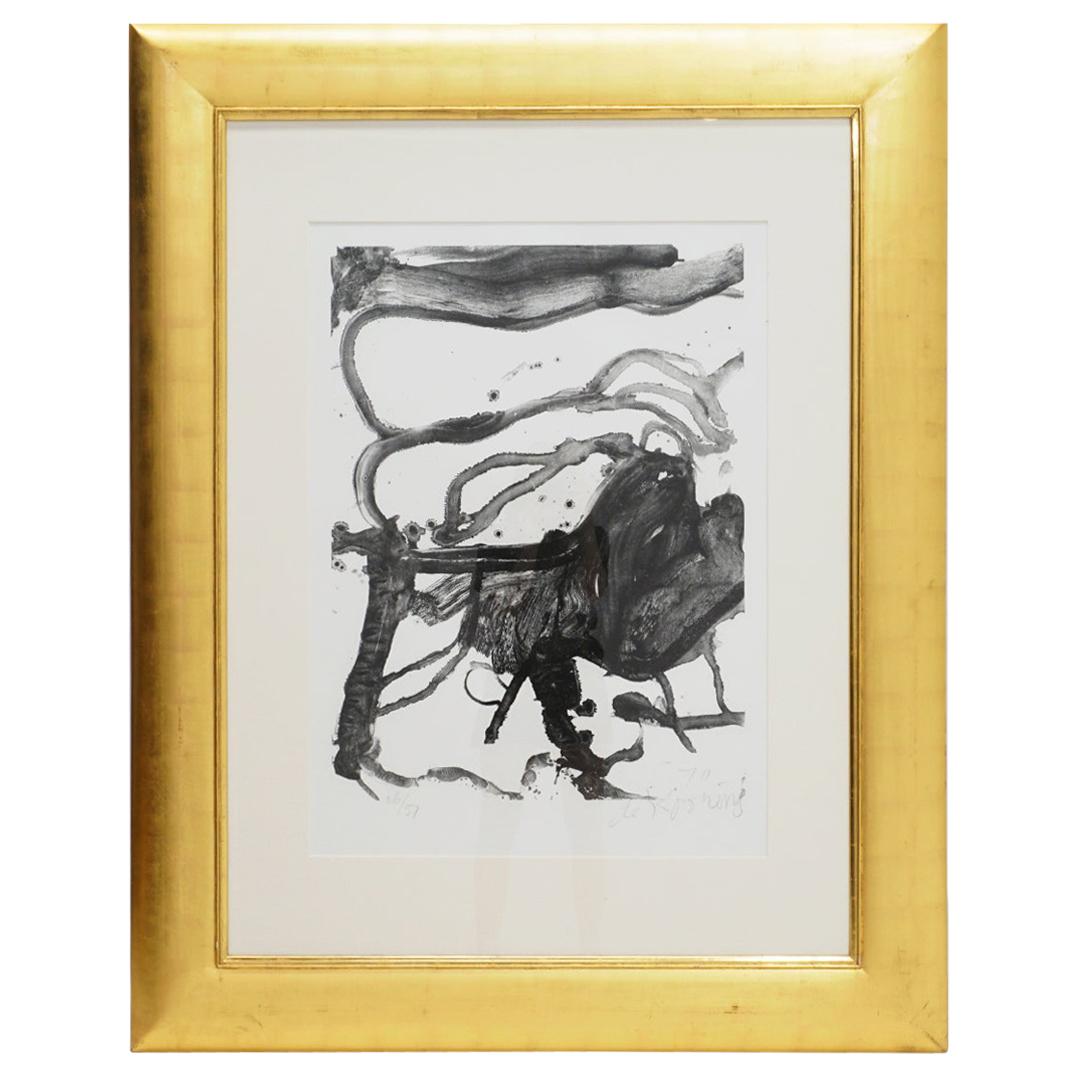 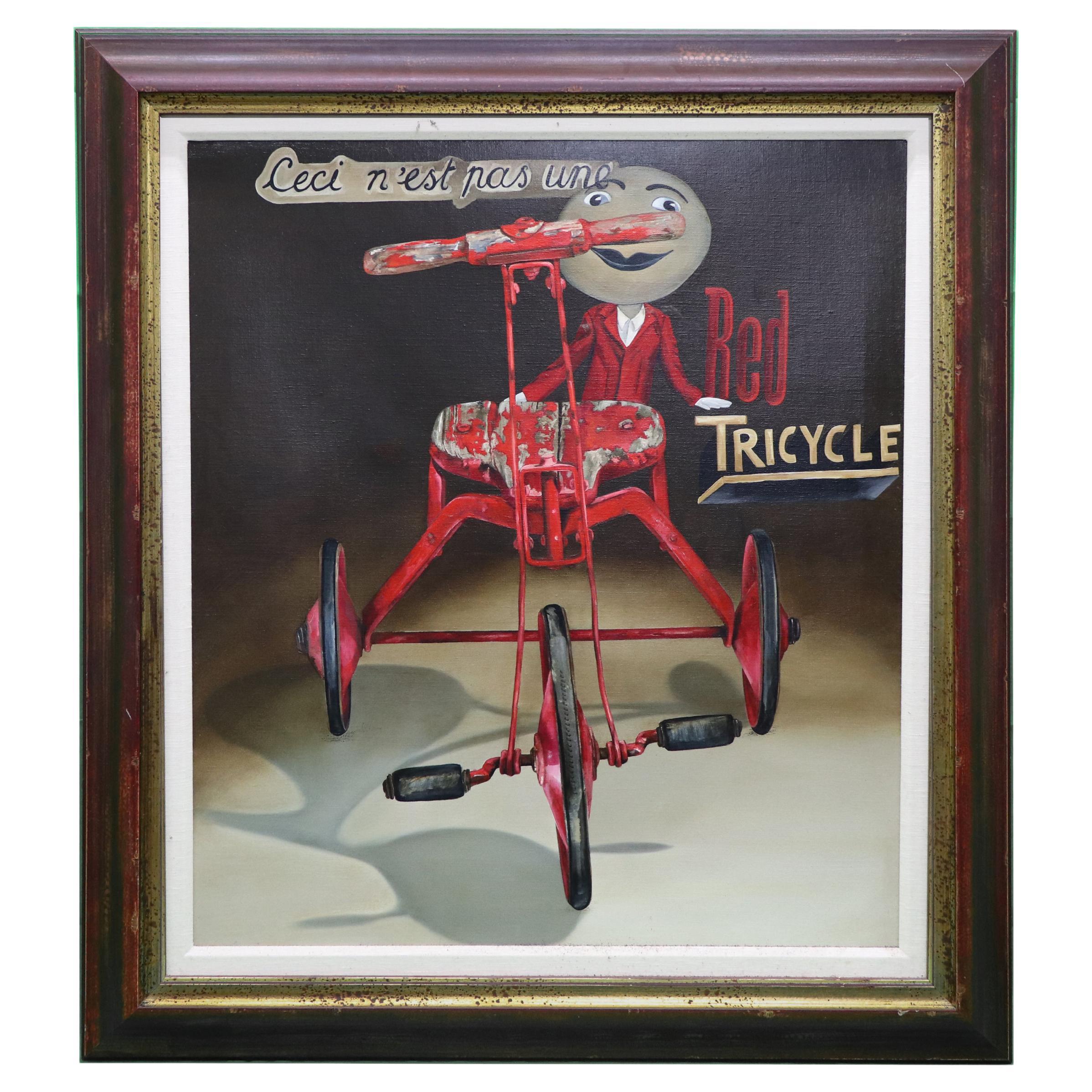 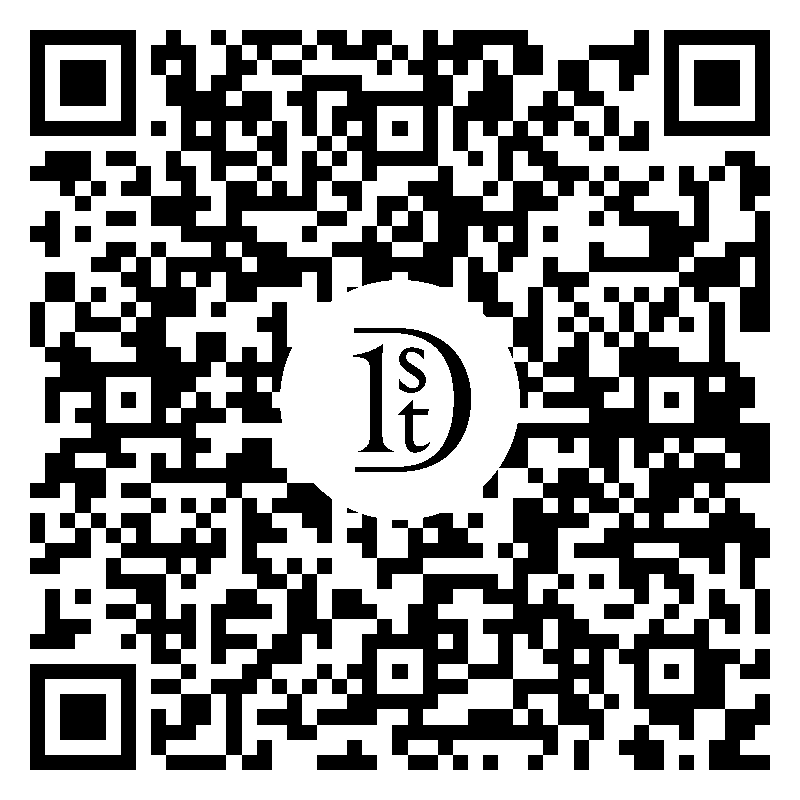 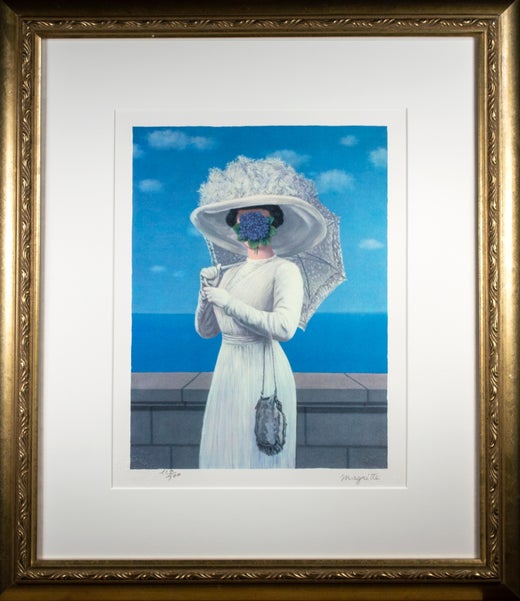 René Magritte is celebrated today as one of Surrealism’s most talented artists, and, alongside Salvador Dalí, the cheeky, subversive Belgian painter and author is the movement’s best-known representative, having cemented his legacy with what may be the most iconic five words in all of art history: “Ceci n’est pas une pipe” (This is not a pipe).

Magritte’s success, though, hardly came overnight. Born in 1898 in Lessines to a wealthy manufacturer, he studied at the Académie Royale des Beaux-Arts in Brussels from 1916 to 1918 but quit before graduation. His early artistic work wavered between Cubism and semi-abstraction, and he found work as a graphic designer while experimenting with his own creative oeuvre. In the mid-1920s, he began to experiment with Surrealism, then a relatively nascent movement that had grown out of the absurdist Dada. Led by André Breton, Surrealism endeavored to record elements of the subconscious and present contradictory, sometimes even nonsensical, narratives that challenged the notion of an absolute reality.

Magritte’s first widely recognized work within this genre was 1927’s The Menaced Assassin, now in the collection of the Museum of Modern Art in New York. Shortly after completing this work, Magritte relocated to Paris, to be closer to Breton and the center of the Surrealist movement. This decision would prove critical in his life — and in the trajectory of Surrealist art history. The three years Magritte spent in Paris were his most prolific, and by the close of the 1920s he had completed some of his best-known work, including the seminal 1929 The Treachery of Images, a simple picture of what appears to be a pipe, with the words “Ceci n’est pas une pipe” in neat script below it.

Magritte returned to Brussels in the early 1930s but continued experimenting with work that wavered between dreamlike and nonsensical. His influences throughout this part of his career ranged from Breton to Giorgio de Chirico and Dalí. While living in German-occupied Belgium beginning in the early 1940s, Magritte entered what is often called his Renoir period or what he labeled “Sunlit Surrealism.” He worked in comparatively brighter, more vibrant colors and produced oil paintings and gouaches that were overrun with light and the type of brushstrokes that are usually associated with Impressionist art.

Like many artists during and after the war, Magritte thought deeply about art’s role in answering big existential questions and broke with Surrealism as a result. His Impressionistic The Fifth Season in 1943 resembled little of what he’d painted in years past. His so-called Vache period that followed would represent another stylistic shift that owed to German Expressionism. Not everything changed, however; Magritte would go on to revisit his earliest creative impulses, in some cases appropriating elements from fellow artists in his own depictions, as with his Perspective II: Manet’s Balcony in 1950, a playful and probing reinterpretation of Edouard Manet’s The Balcony. Later in his career, the artist dabbled in sculpture, before dying in 1967.

Find original René Magritte prints and other art on 1stDibs.

$1,250
Colorful 1970 Abstract Screen Print
Located in Chicago, IL
On a background of white, the red, yellow, purple, black and blue colors of this somewhat surrealistic print stand out. The artist's proof, it is signed "Bennema-Brejcha, 1970"
Category

$850
Gina Pane Abstract Screen Print 1970
Located in Los Angeles, CA
1939 - 1990 Gina Pane was an interdisciplinary artist she used her body via performance, happenings and plastic arts this piece is an example of her fine arts aesthetic artist s...
Category

Framed Lithograph View of the Lake with Boats, Signed