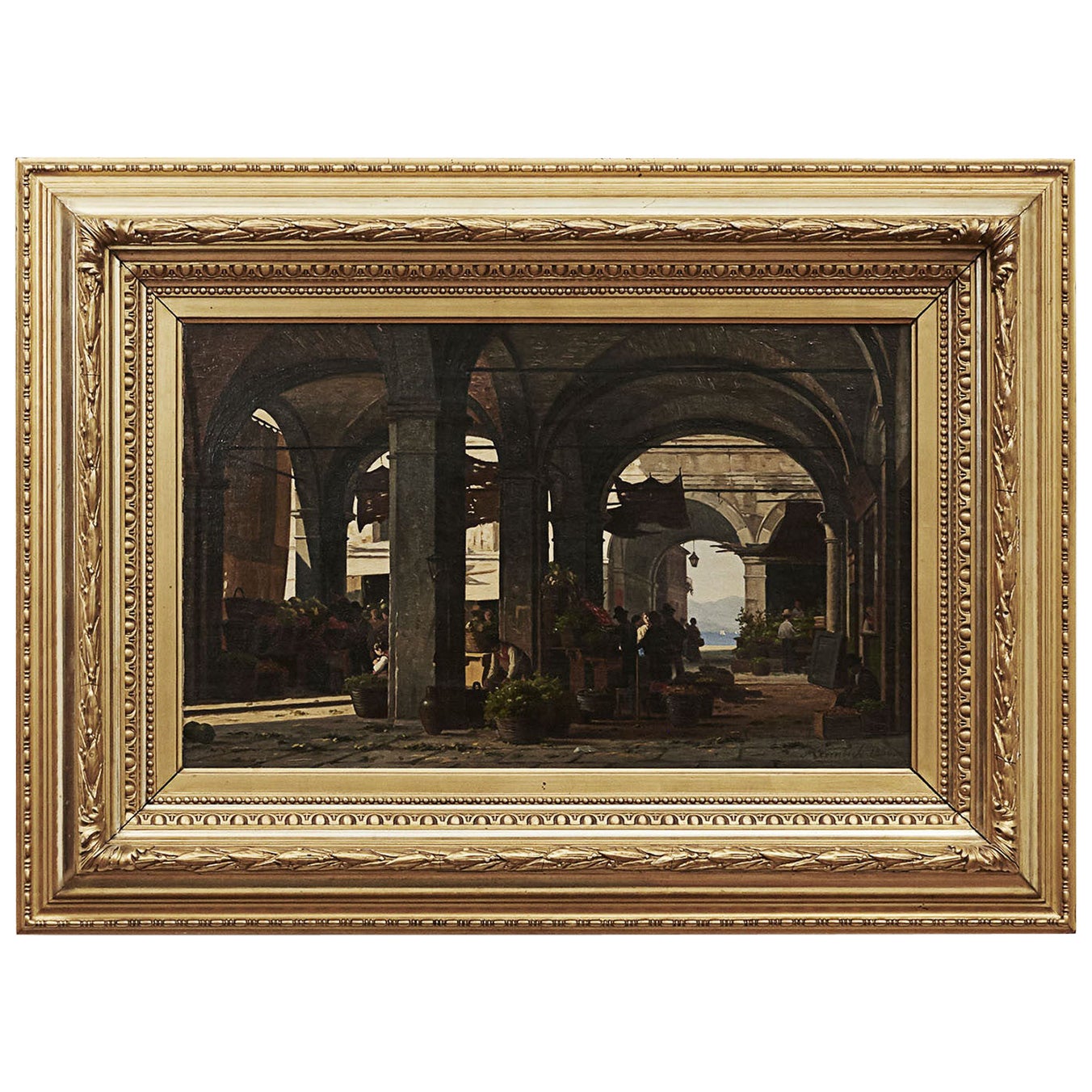 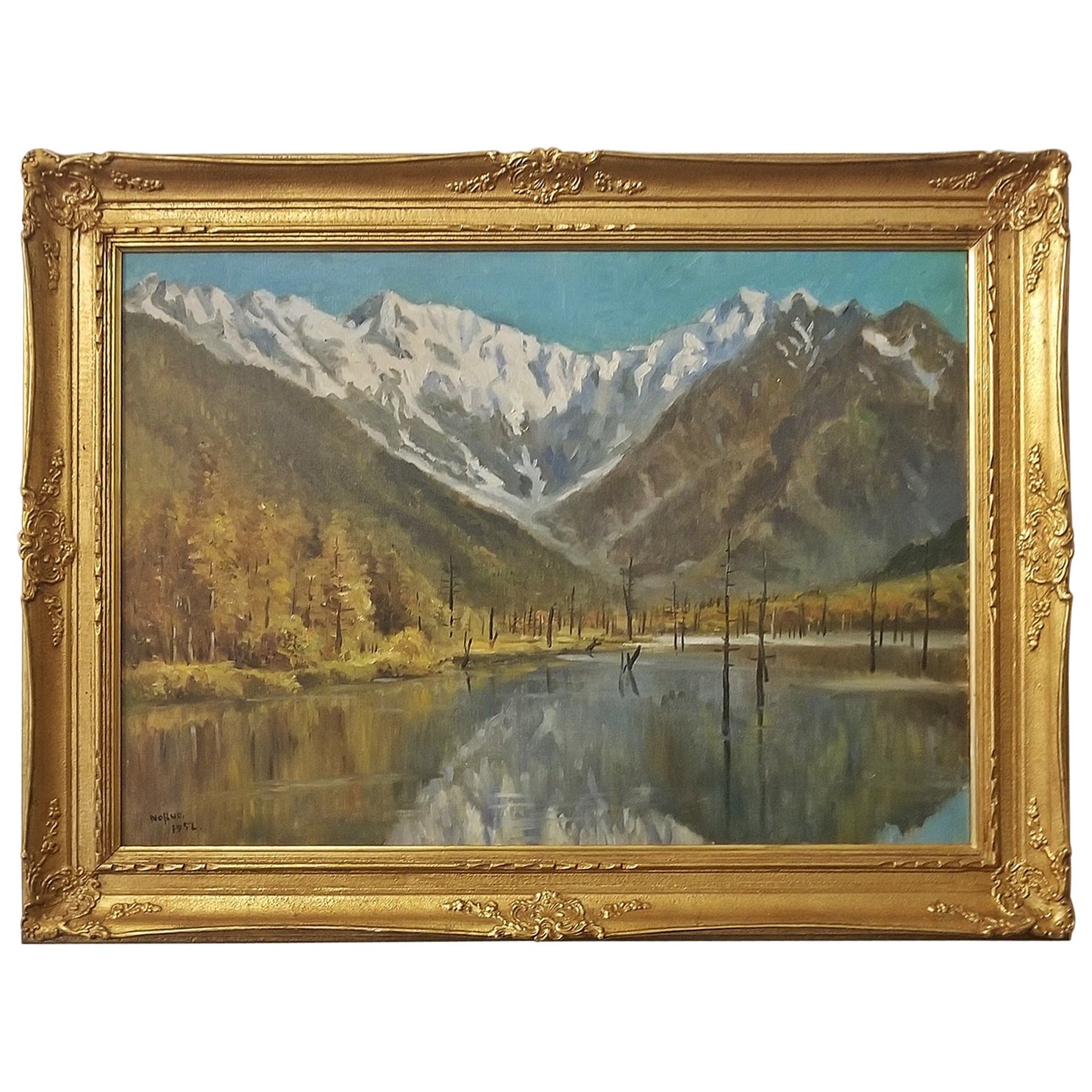 "on the Lapland Coast" by Hermann Ottomar Herzog 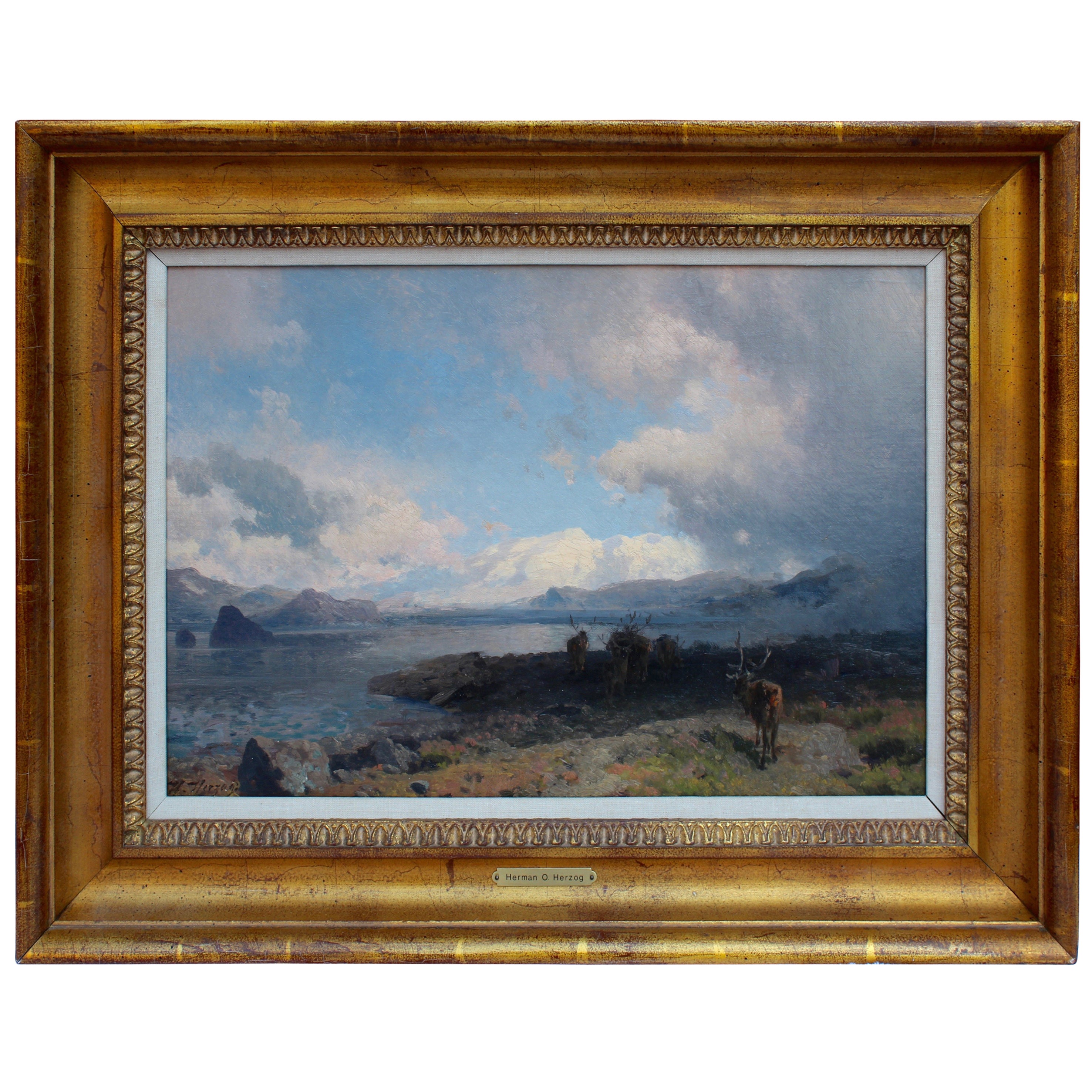 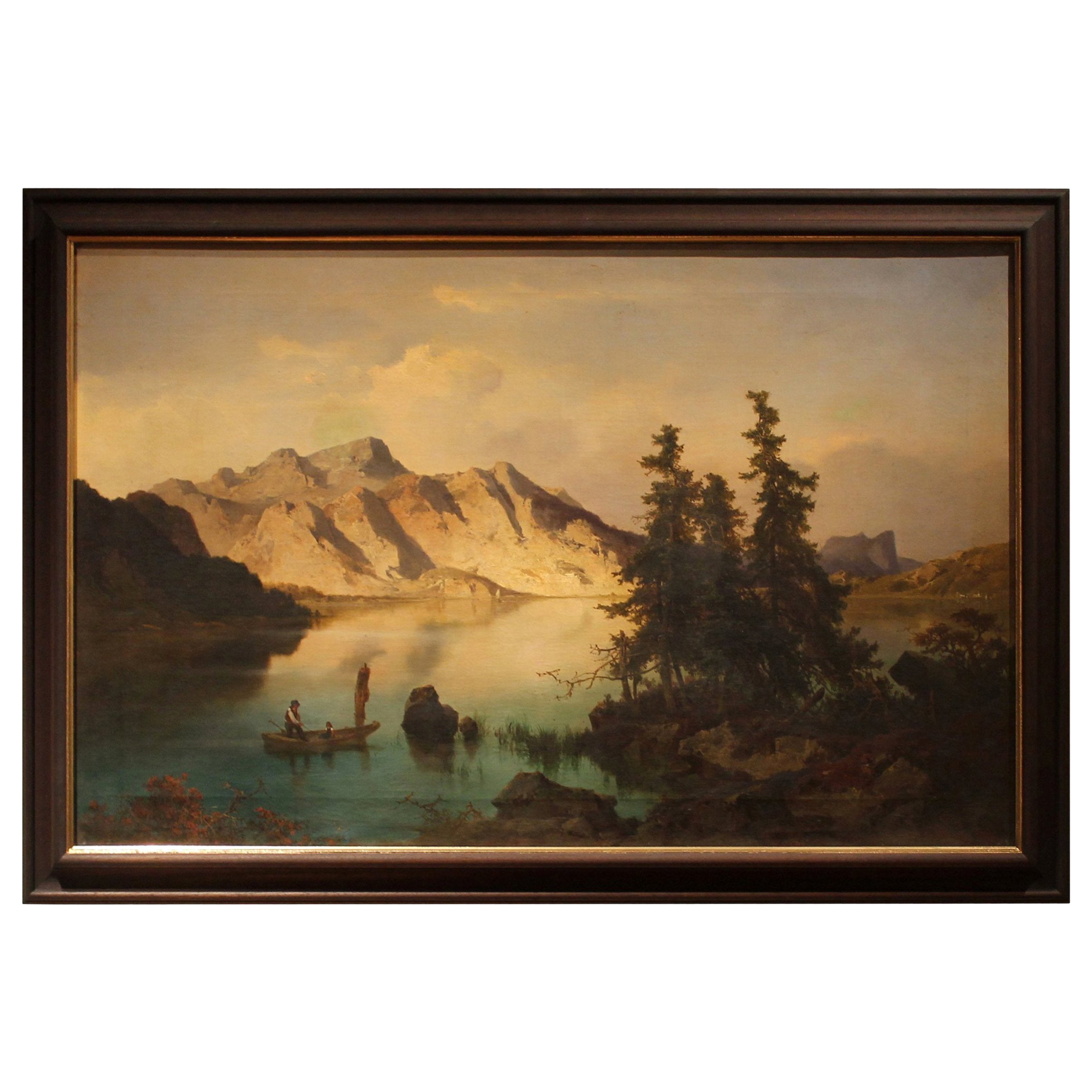 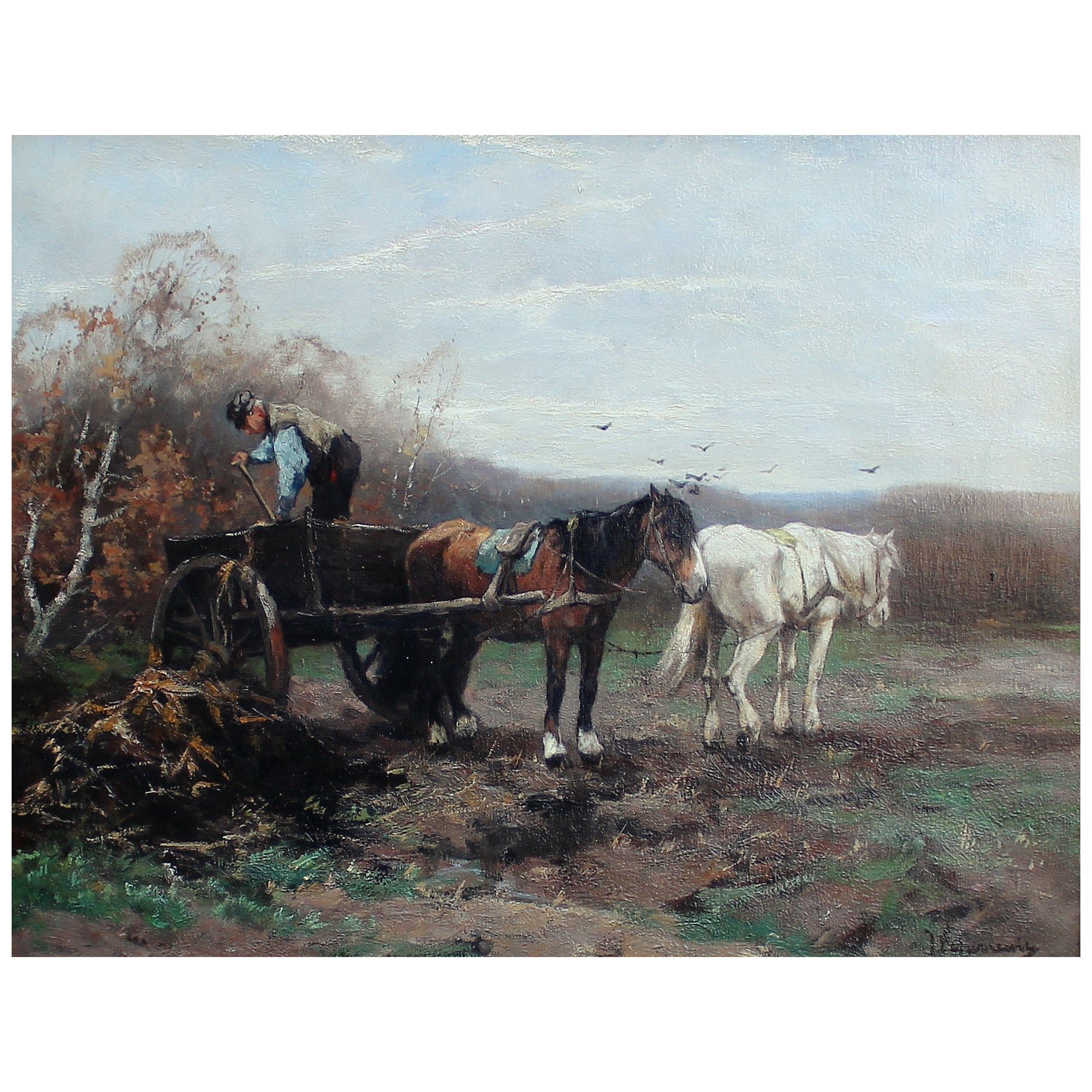 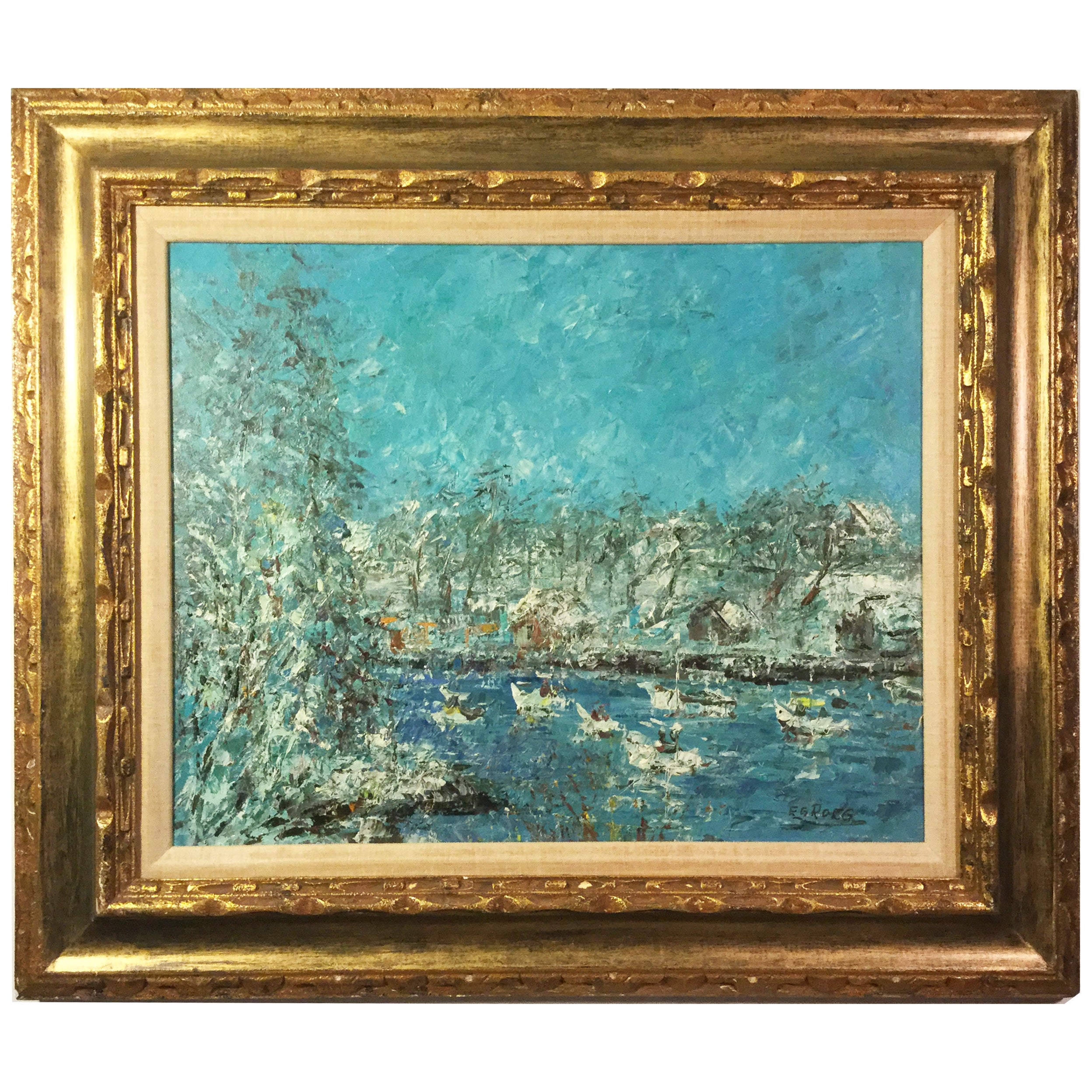 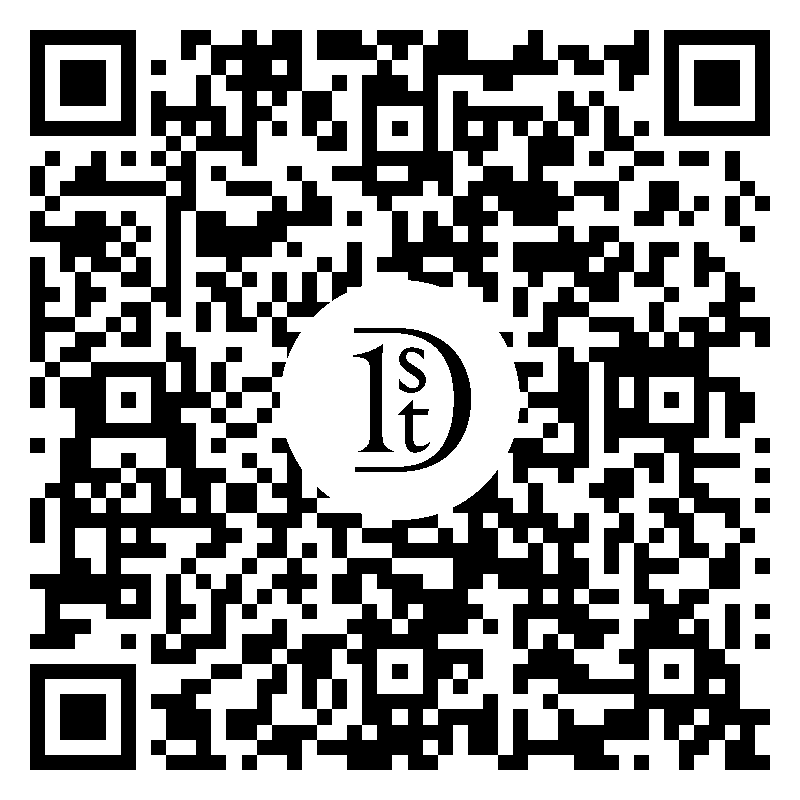 Artists: Johan Ringsten (1848-1911) or Per D. Holm (1835-1903) Oil on canvas View of a "mountain Lake" with Reindeer Saggat Trask Lapland c. 1879 Canvas: 47 1/2" wide x 27 1/2" high Frame: 57 1/2 wide x 38" high x 4" deep Artist: Johan Ringsten, born October 10, 1848 in Kalmar, died August 11, 1911, was a Swedish artist and curator. He was the son of Johan Matias Ringsten and Augusta Serafina Nisbeth and married to Teckla Maria Dalqvist. Ringsten studied at the Academy of Fine Arts in Stockholm and after his studies was active as a copyist, landscape and genre painter. He participated in exhibitions arranged by the Art Association for Southern Sweden. He was hired as a curator by the National Museum, the Academy of Fine Arts and the Catholic Church in Stockholm. Ringsten is represented at Östergötland Museum, Norrköping Art Museum and Uppsala University Library [1]. Artist: Per Daniel Holm (11 September 1835, Smedjebacken - 7 August 1903, Stockholm) was a Swedish landscape painter. His father, Alexander Holm, was a pastor at Järnboås church [sv]. He attended the KTH Royal Institute of Technology until 1855, then became a mechanical draftsman for the Köping-Hults Railway [sv], This was followed by a similar position at the zoological museum of the Royal Swedish Academy of Sciences. From 1858 to 1863, he studied landscape painting at the Royal Swedish Academy of Fine Arts, with Nils Andersson, and made numerous study trips to northern Sweden and Norway. In 1862. he was awarded a royal medal for landscapes of Lapland. He continued his studies in Düsseldorf, Munich, Karlsruhe and Paris. He was named a member of the Royal Academy in 1871, becoming a Vice-Professor of landscape painting in 1873, and a full Professor in 1881. That same year, he became a conservator at the Nationalmuseum. He resigned all of his positions in 1900.[1] He was especially appreciated for his depictions of geological formations. In addition to his paintings, he provided illustrations for Lappland, dess natur och folk, by Carl Anton Pettersson [sv]. He had a large collection of art and old books that was scattered after his death. His works may be seen at the Nationalmuseum, the Göteborgs konstmuseum, the Stockholm City Museum and the Norrköpings konstmuseum [sv].[2].

"on the Lapland Coast" by Hermann Ottomar Herzog

$17,500
J. Brunner 1869 Oil on Canvas Austrian Landscape with Lake and Mountain Painting
By Joseph Brunner
Located in Firenze, IT
This very fine quality 19th century oil on canvas in dark brown wood frame with gold leaves details throughout is signed by Joseph Brunner (Vienna 1826-1893) and was painted in 1869....
Category

$7,500
EGROEG Oil on Canvas Lake or Harbor Impressionist Midcentury Painting
Located in Lambertville, NJ
This is a nice impressionist painting. Heavy textured paint building to a what I believe to be a lake or harbor. Canvas size 16" x 20" in a nice period frame. Signed on the front low...
Category