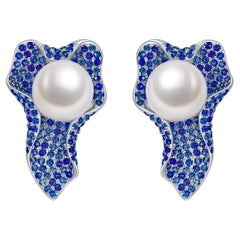 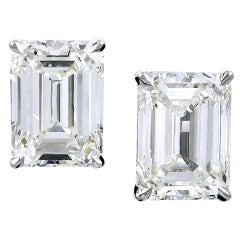 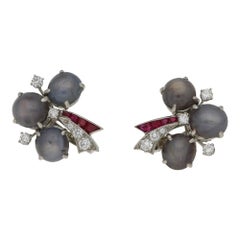 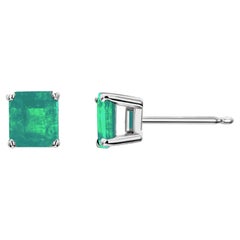 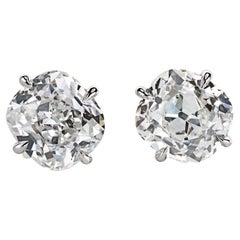 Fig Earrings in Silver with Smoky Quartzes by the Artist
By Polya Medvedeva Jewellery
Located in Berlin, DE
These fig earrings in silver with frosted smoky quartzes are available for shipping immediately, when in the other cases it takes a lot of time to cut the gems. It is a hand made des...
Category

Fig Earrings in Silver with Smoky Quartzes by the Artist

18KTW Gold Baguette Round Diamonds Wide Illusion Square Cluster Stud Earrings
Located in Antwerpen, BE
Emit an air of dazzling energy with these beautiful round and baguette diamond cluster square stud earrings. Express your desire for dazzle with these shimmering baguette and round ...
Category

18kt Rose and White Gold with Pink Tourmaline and White Diamonds Earrings
Located in GALLARATE, IT
Fashion earrings for any occasion. The design is very accurate and unique. Our mission is to combine colorful stones and unique shape and design. Earrings in rose and white gold 18 K...
Category

18K Yellow gold Yellow Sapphire Diamond Gold Orchid Stud Earrings
By La Fleur Jewels
Located in Bangkok, TH
Orchid earrings made in 18k Gold.We graduated the combination of the color in yellow and orange sapphire .We shaded the color to make it look natural and show the powerful of the col...
Category

3.7 Carat Total Round Black Diamond in 14 K Rose Gold
Located in Chicago, IL
Make a daring statement with these spectacular diamond solitaire earrings. Crafted in 14K Rose gold, each earring showcases an alluring 7.2 mm natural round black diamond of in a fou...
Category

Etruscan-Style Stud Earrings in 18ct Yellow Gold
Located in London, GB
A pair of Etruscan-style orb stud earrings in 18-karat yellow gold. Each earring is composed of a round orb decorated with open tubular motifs surrounded by ropework detailing, they...
Category

Free Shipping
Earrings Studs Minimal Snake Chain 18K Gold plated Silver Metal Greek Earrings
By Maggoosh
Located in Athens, GR
Twinkler Studs Earrings The twinkler studs are a combination of a classic design and a touch of snake chain that gives movement to your look. These earrings are not just your every...
Category

3.53 Carat Round Black Diamond Single Stud Earring for Men in 14 K Yellow Gold
Located in Chicago, IL
Alluring and refined, these diamond stud earrings are sure to be noticed. Created in 14 K yellow gold, the earring showcases a beguiling 3.53 carat natural black diamond solitaire me...
Category

Free Shipping
Yellow Diamond Sun and Moon Earrings in 18 Karat Gold
Located in London, GB
A beautifully crafted pair of yellow and white diamond sun and moon earrings set in 18k yellow and white gold. Each earring is composed of a white gold moon around a yellow gold sun....
Category