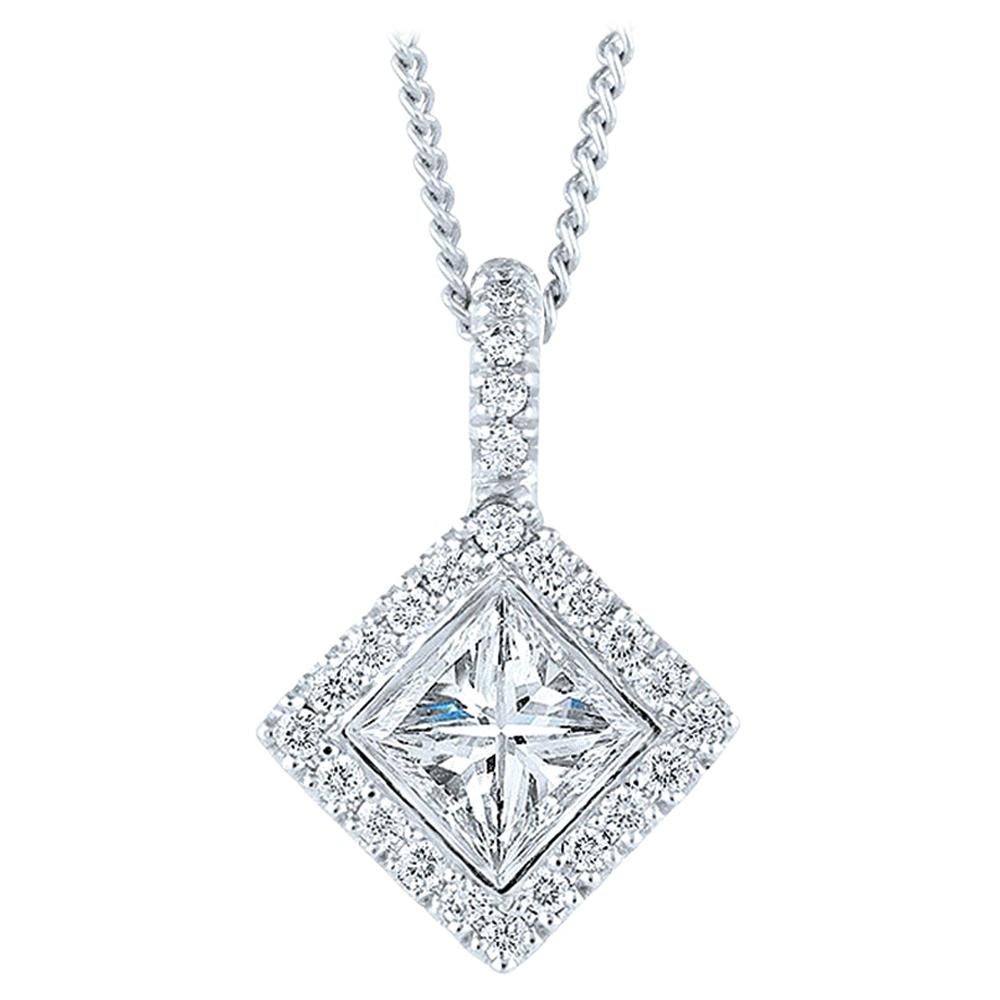 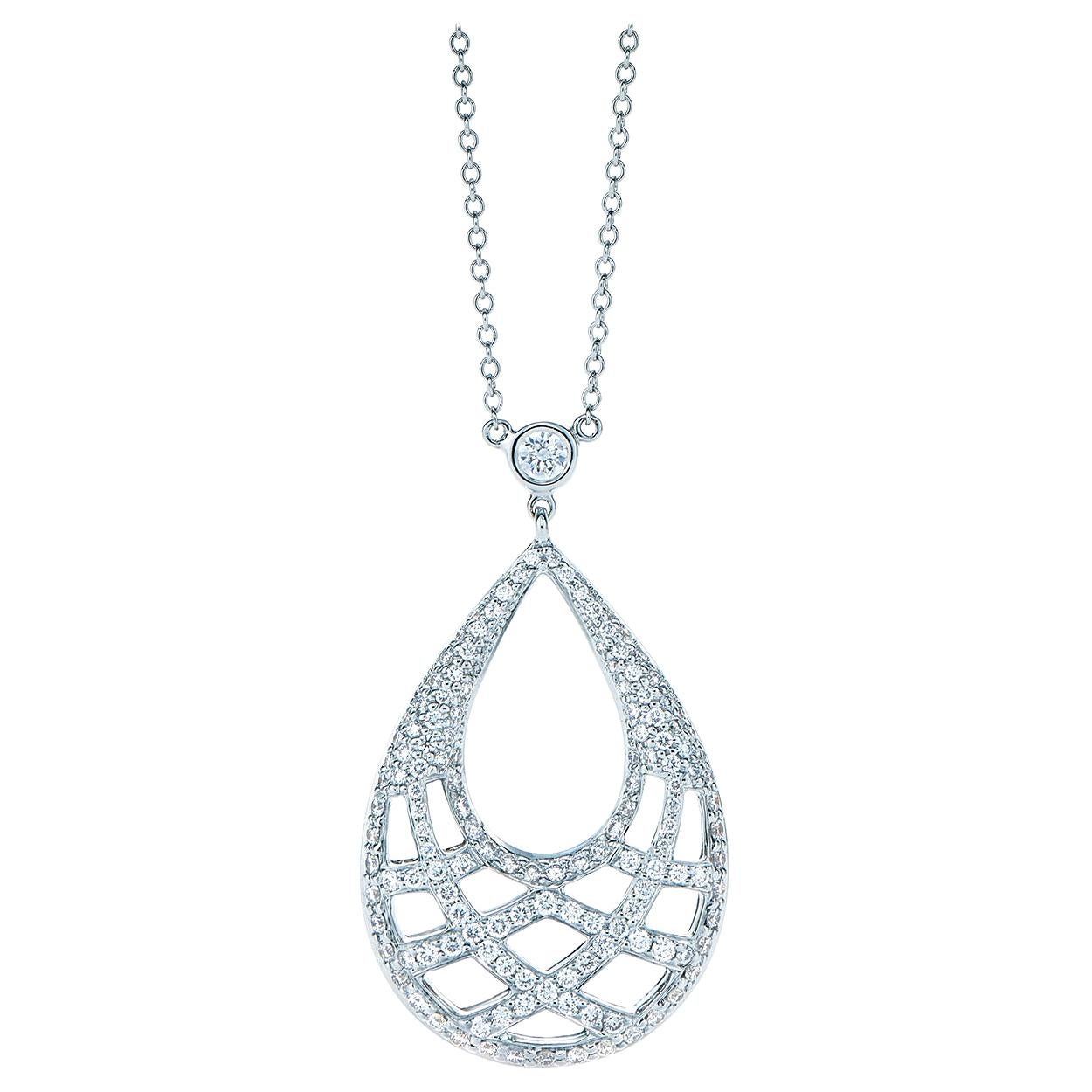 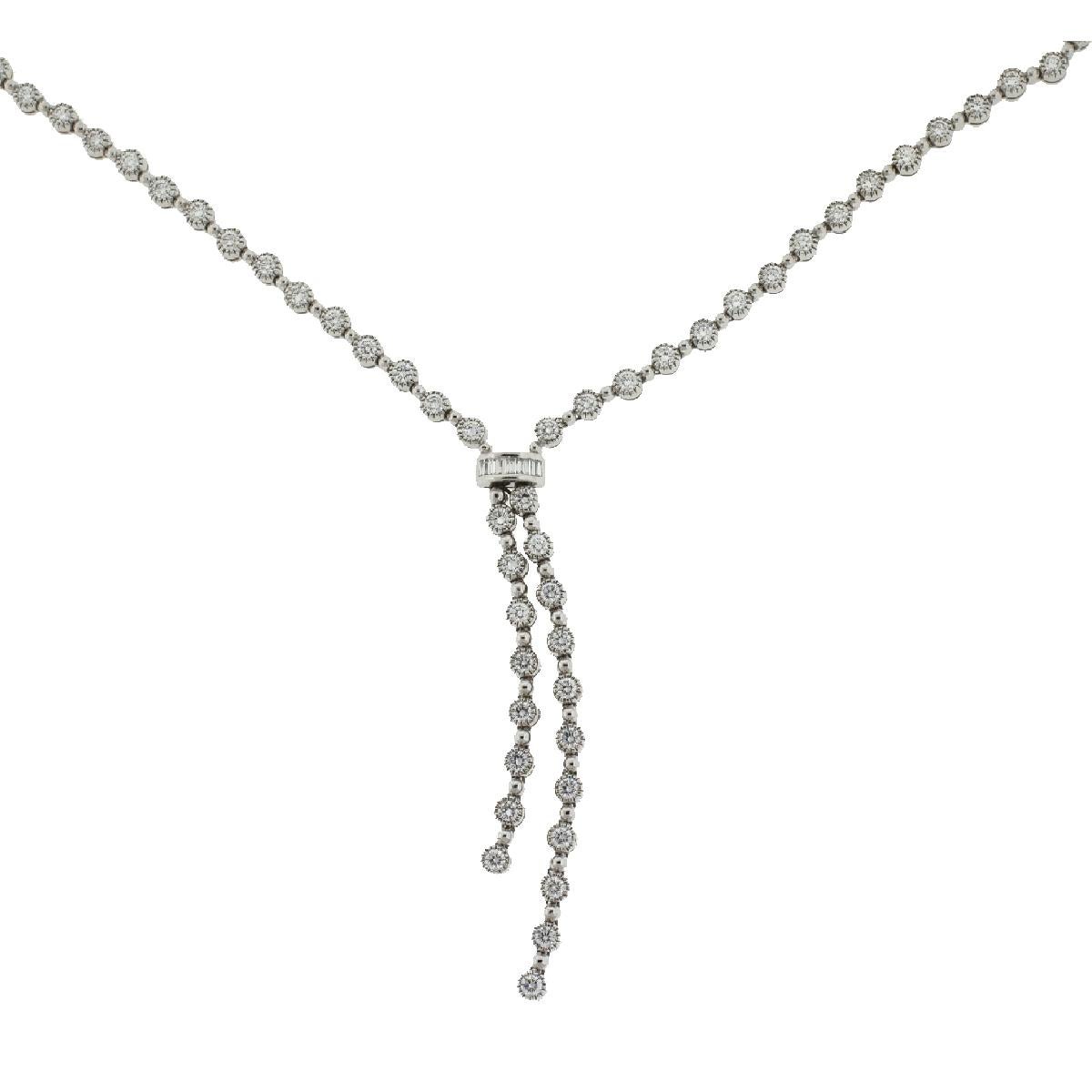 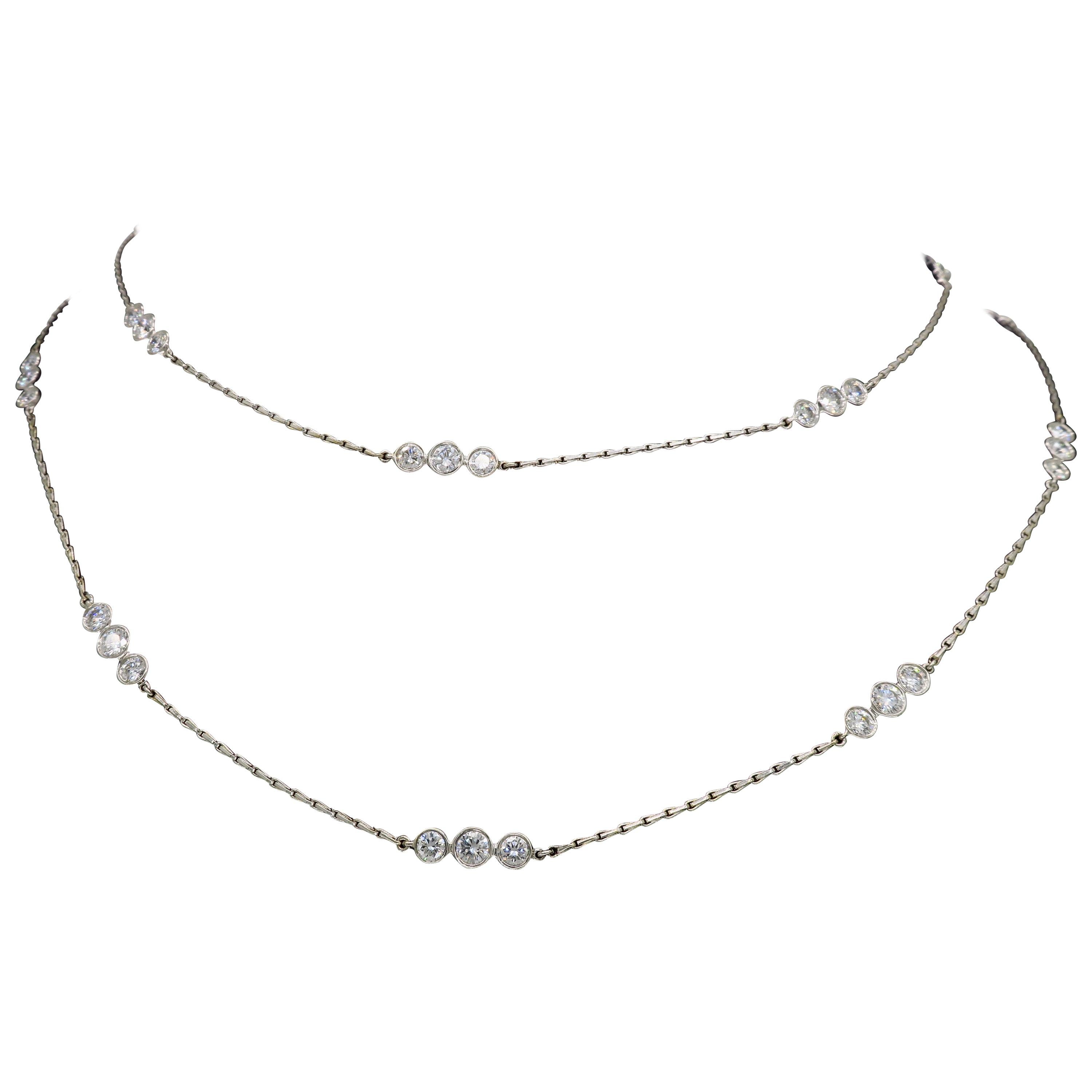 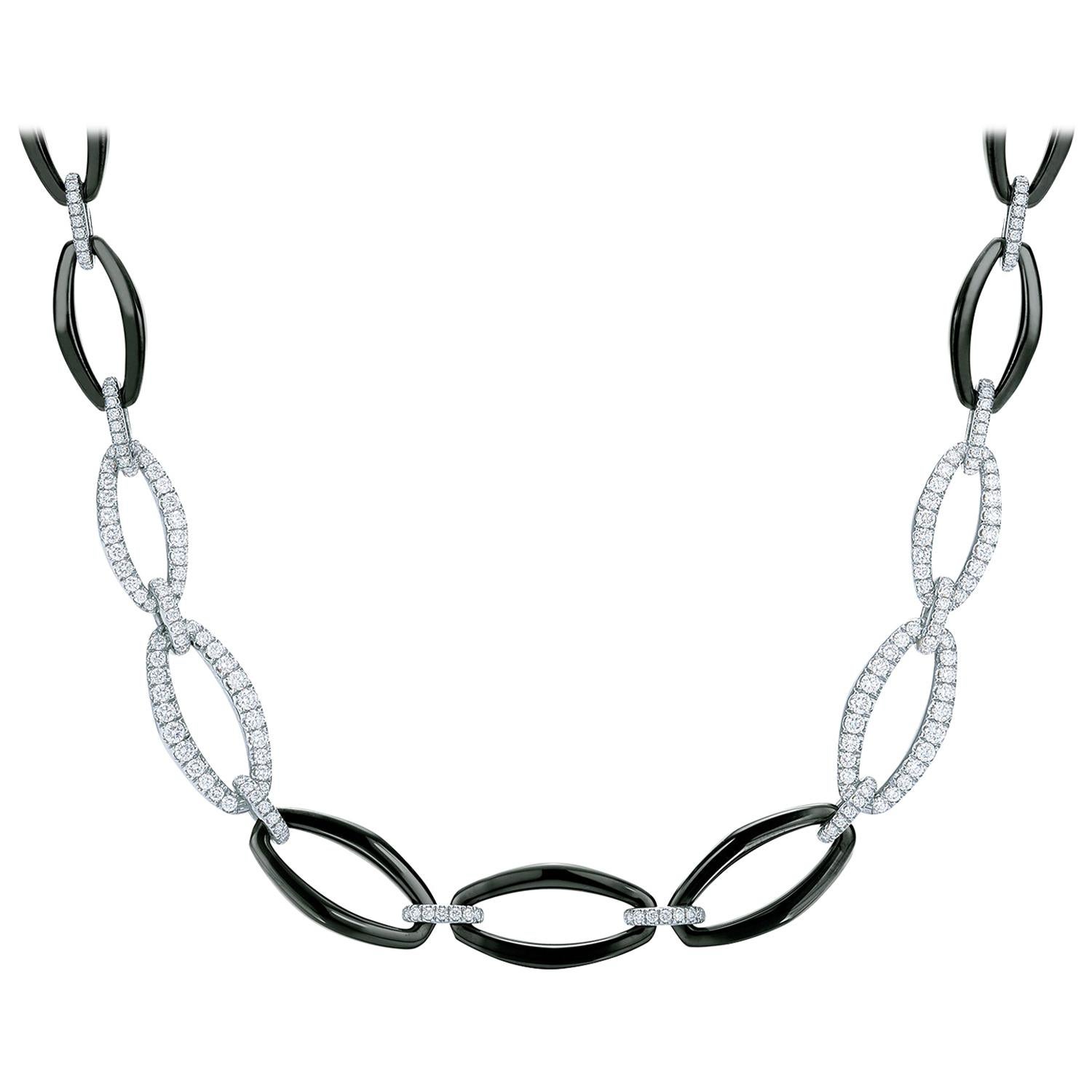 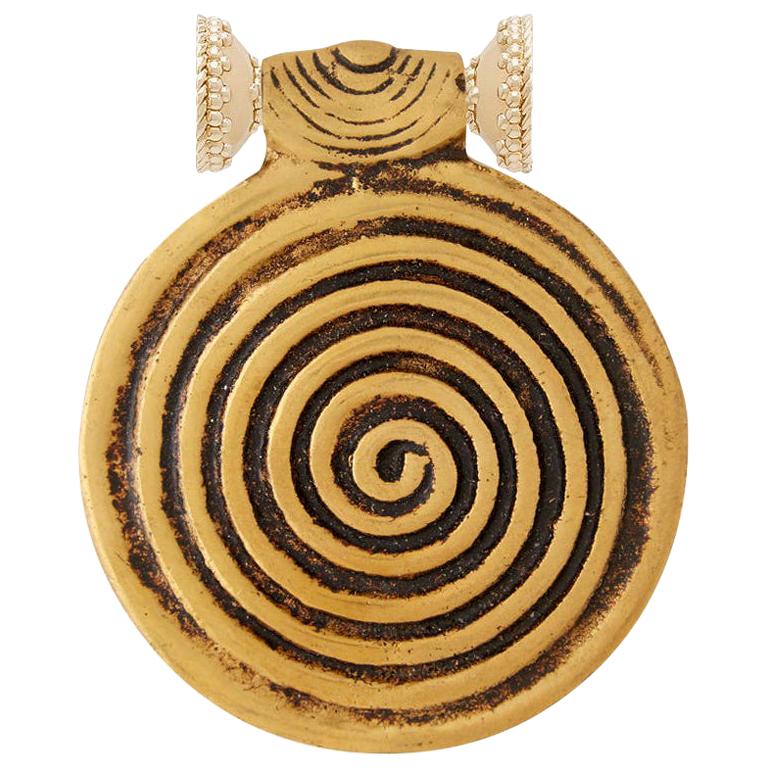 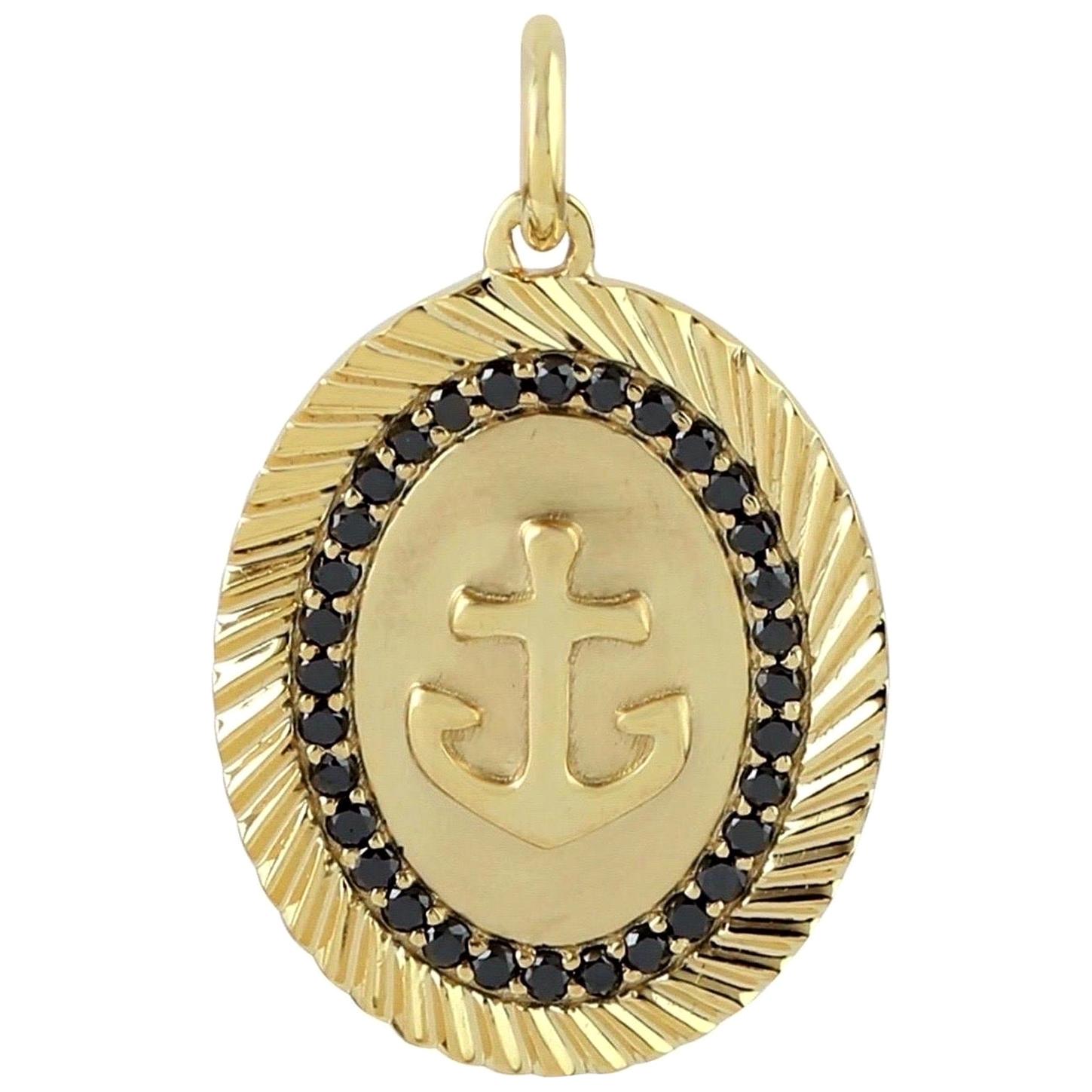 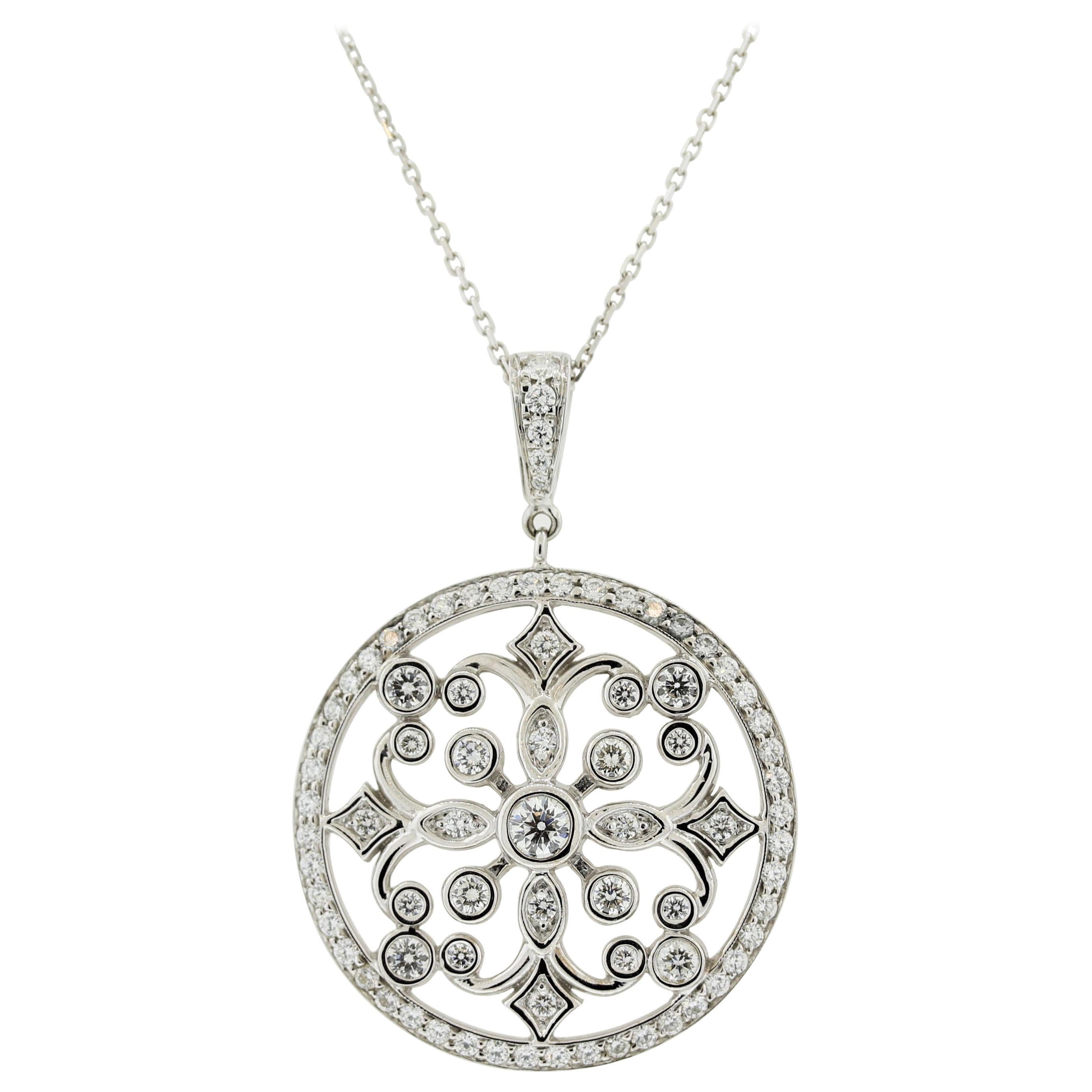 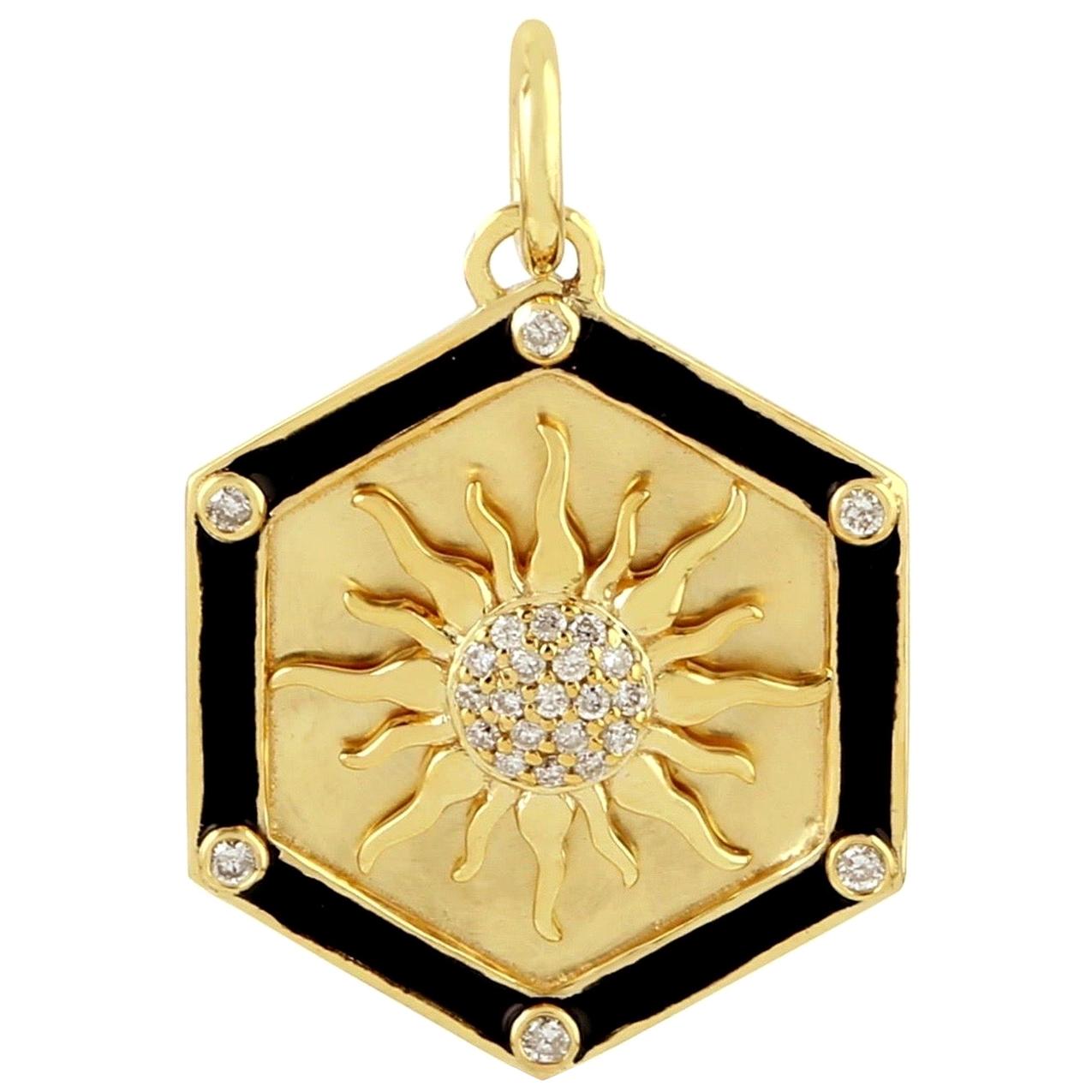 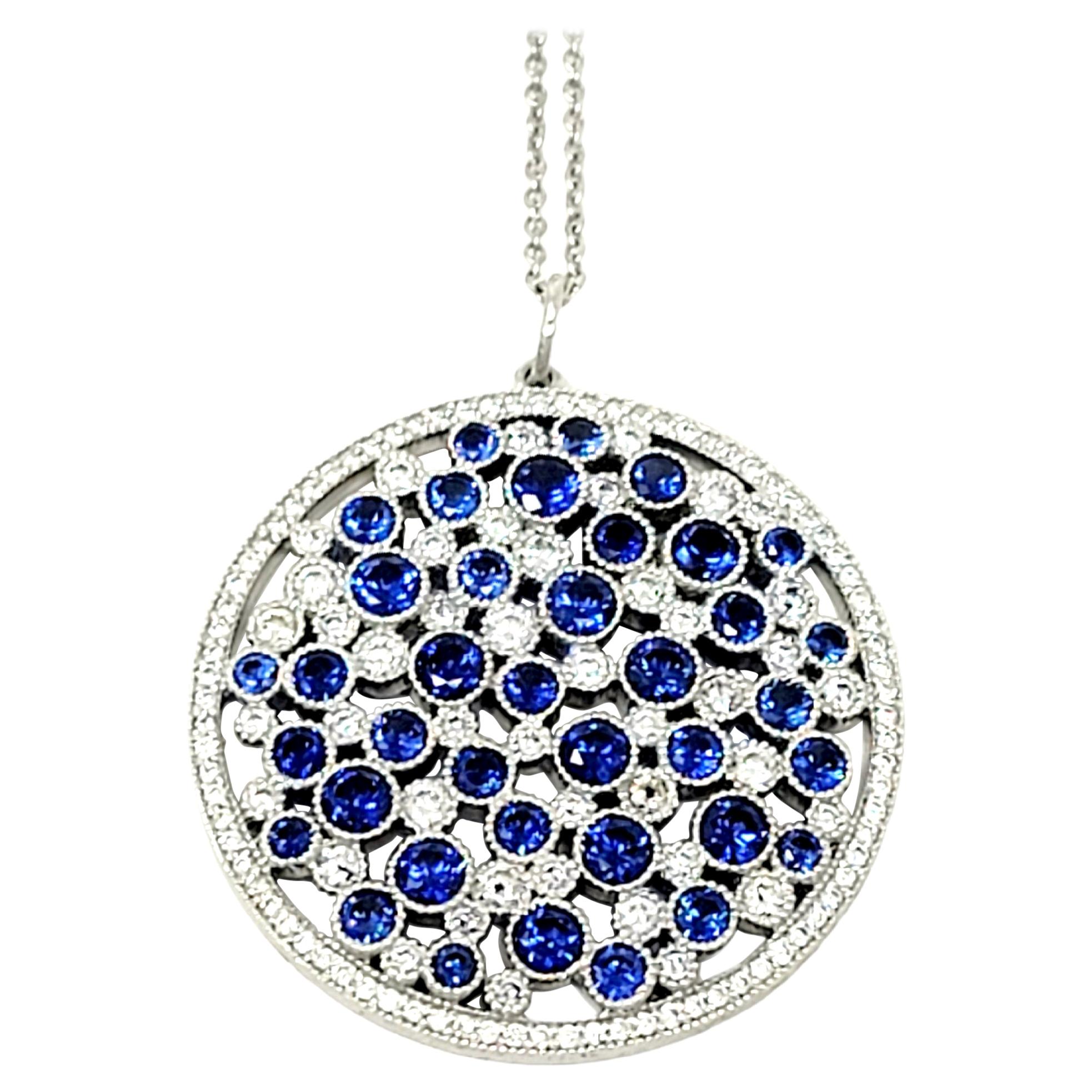 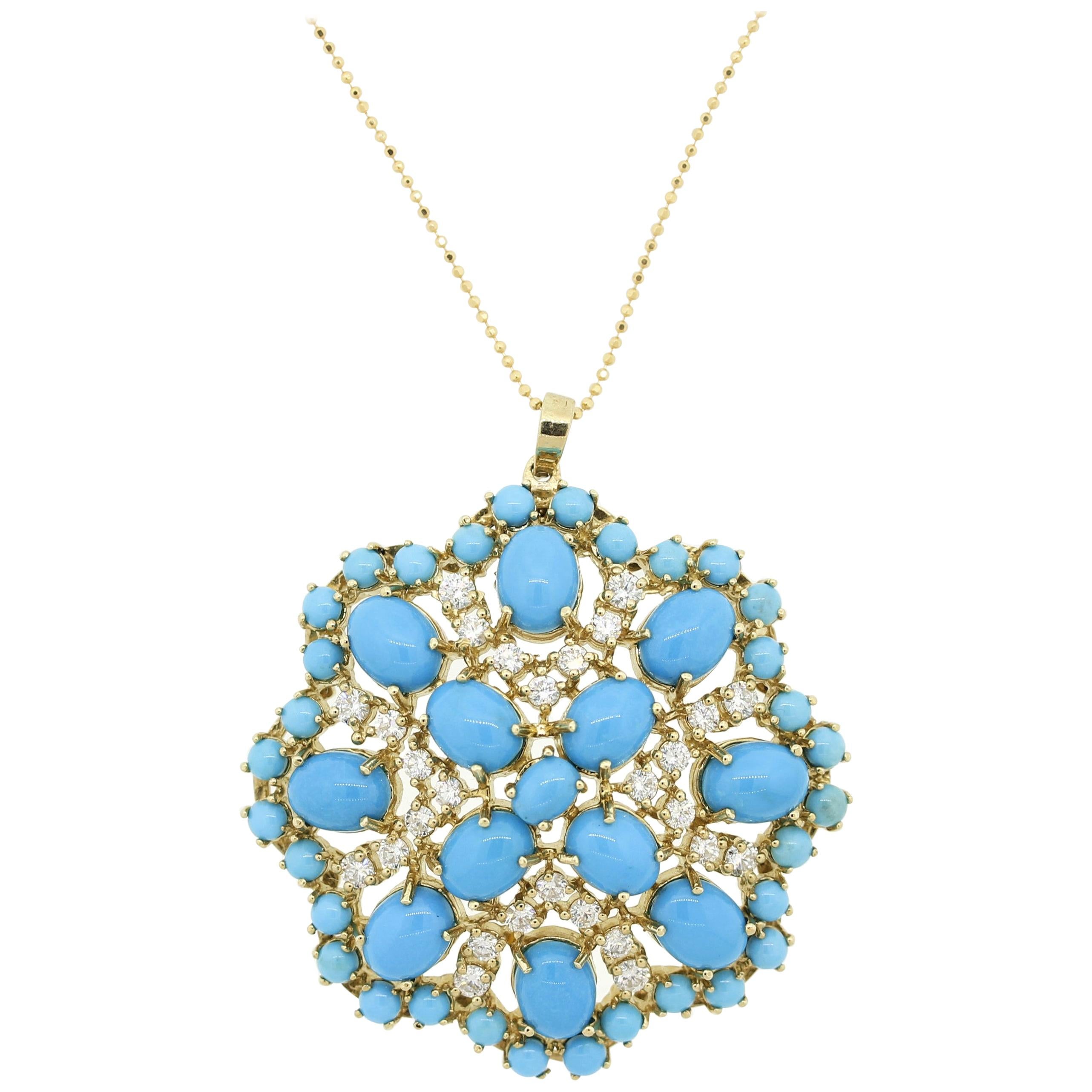 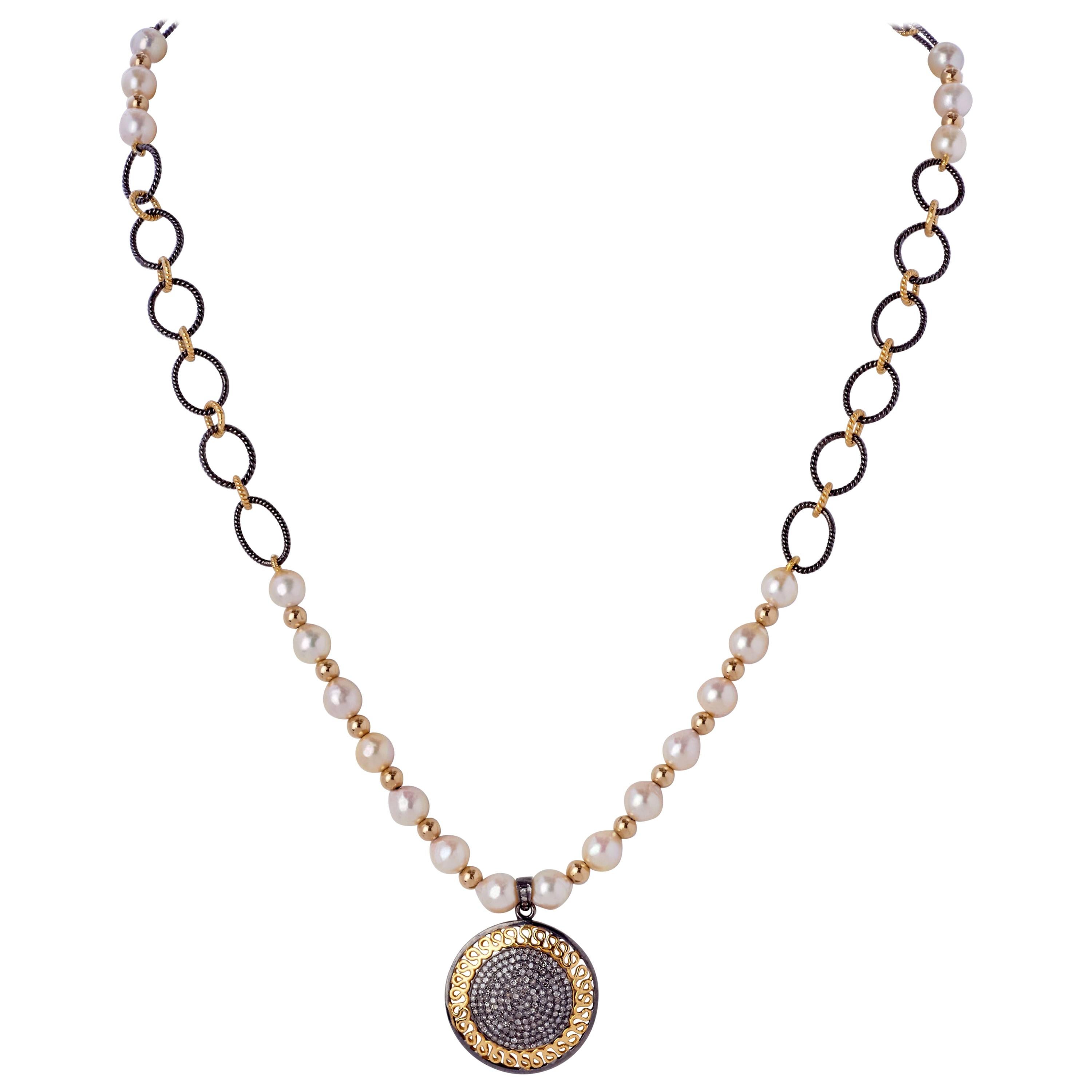 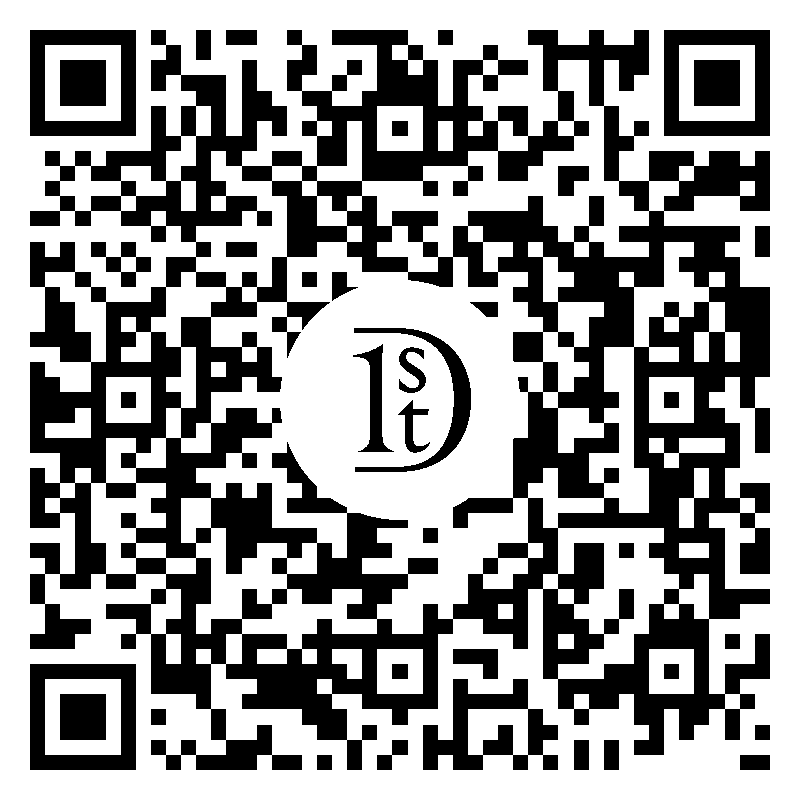 18K white gold KWIAT Edwardian style Pendant features 356 Round Brilliant Cut Diamonds and 17 Rose Cut Diamonds. The diamonds have G-I color and VS clarity. The total diamond weight is approximately 4.70CTW. The bail easily comes off of the pendant so that it can be worn as a brooch. The necklace is 34" long so it can be worn as a single strand or doubled, and weighs 25.3 grams. 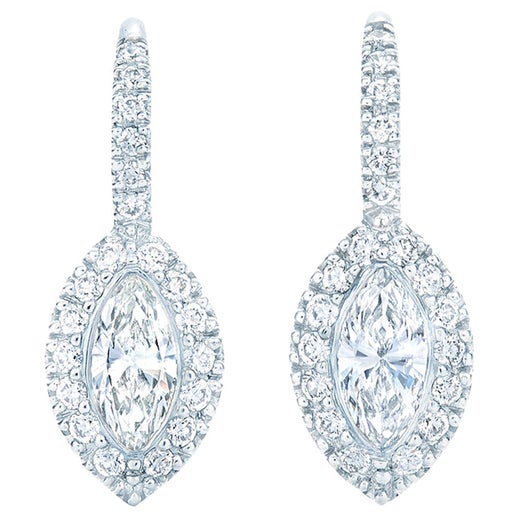 For over a century, Kwiat has been a pioneer in the world of exquisite diamond jewelry. This family-run business was founded in 1907 and has been helmed by four generations, each setting consecutively higher standards of craftsmanship, design and beauty.

Kwiat started with Polish immigrant Sam Kwiat opening a small shop selling vintage diamonds on New York’s Canal Street, the city’s diamond district in the early 1900s. By 1962, the shop had already built a following and a distinct brand identity and, in a pioneering move, became one of the first diamond dealers to relocate to the now-bustling 47th Street diamond district. In 1955, Kwiat introduced its first jewelry catalogue. Kwiat is now a global leader in exquisitely cut, crafted and sourced diamonds, and it has some of the world’s strictest standards for diamond quality. Kwiat jewelry is regularly spotted on celebrities walking the red carpet, from the Grammys to the Oscars. The house’s timeless diamond rings, which the company began focusing on in the early 2000s, are now a leading choice for engagement rings, especially their bespoke designs.

What makes a Kwiat diamond engagement ring special are the open and airy settings — a design trick intended to make the diamond appear as if it is an ethereal gem floating over the skin. The precision and expertise with which a Kwiat diamond is cut are most visible in its signature Kwiat Star collection, introduced in 1957 and reissued in 2002: The range of jewelry is made with glinting marquise-cut diamonds arranged in radiant clusters.

To promote more ethical conditions in the jewelry industry, Kwiat uses diamonds sourced from conflict-free regions. The brand has also perfected its trademarked Kwiat Tiara cut, which makes diamonds appear bigger and more brilliant, as well as the dazzling Ashoka cut, which was introduced by diamond dealer William Goldberg in 1999 and is now available exclusively from Kwiat in the United States. In 2008, Kwiat marked its centennial by opening a new flagship on Madison Avenue. In 2020, it announced the new Fred Leighton round cut based on Old European designs, which followed the company’s acquisition of the Fred Leighton vintage jewelry retailer in 2009. A century after opening its first store, Kwiat continues to be a global leader in reimagining the future of diamond jewelry.

Find a collection of Kwiat rings, bracelets, necklaces and other jewelry on 1stDibs. 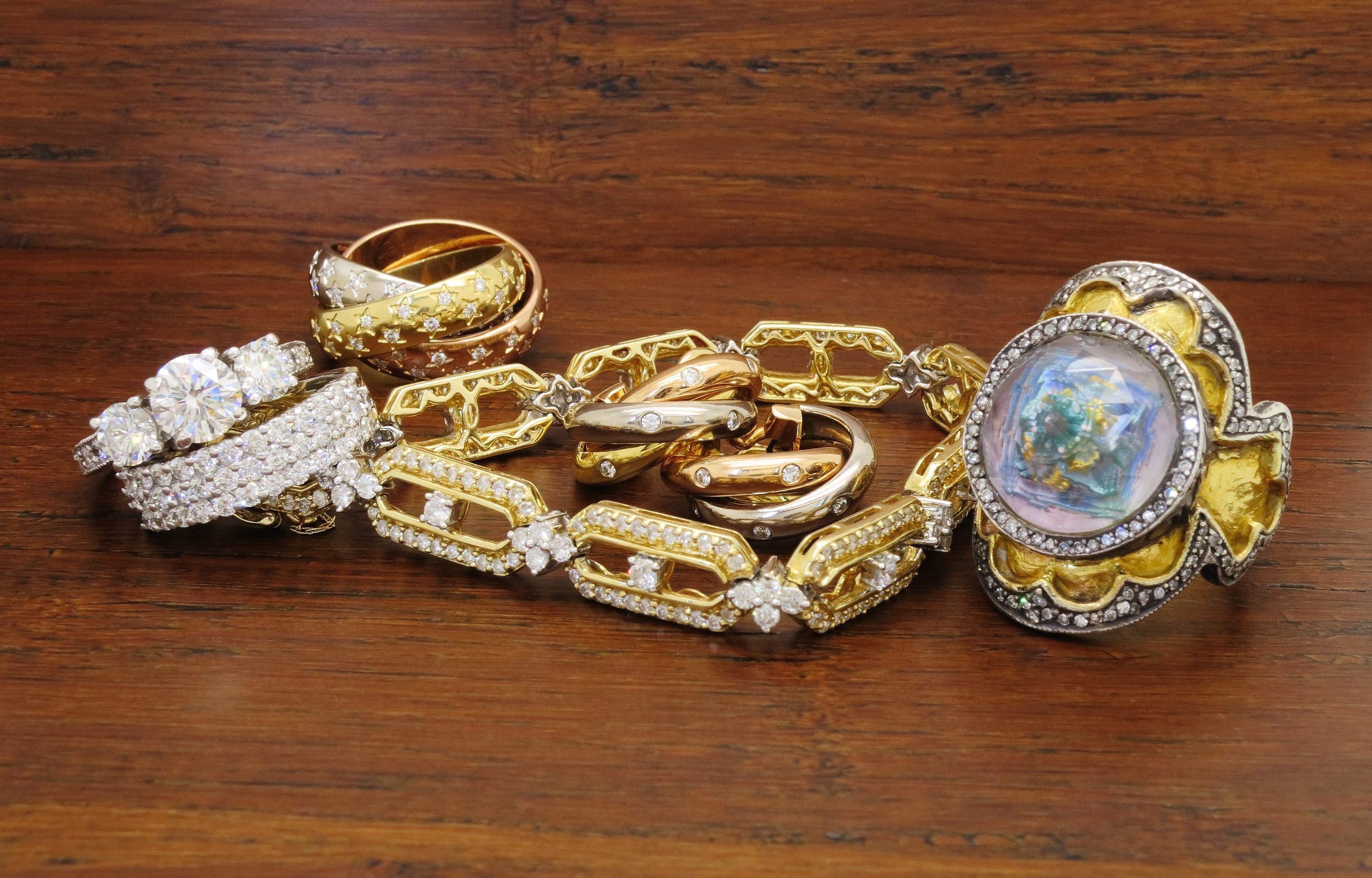 About the Seller
5 / 5
Located in Webster, NY
Platinum Seller
These expertly vetted sellers are 1stDibs' most experienced sellers and are rated highest by our customers.
Established in 2008
1stDibs seller since 2016
185 sales on 1stDibs
Typical response time: 2 hours
More From This Seller

$740 Sale Price
20% Off
Diamond Gold Medallion Pendant
Located in Beverly Hills, CA
A lovely diamond pendant made in 18k white gold. It features a total of 2.16 carats of round brilliant-cut diamonds set around the pendant in stylish patterns. There are smaller roun...
Category