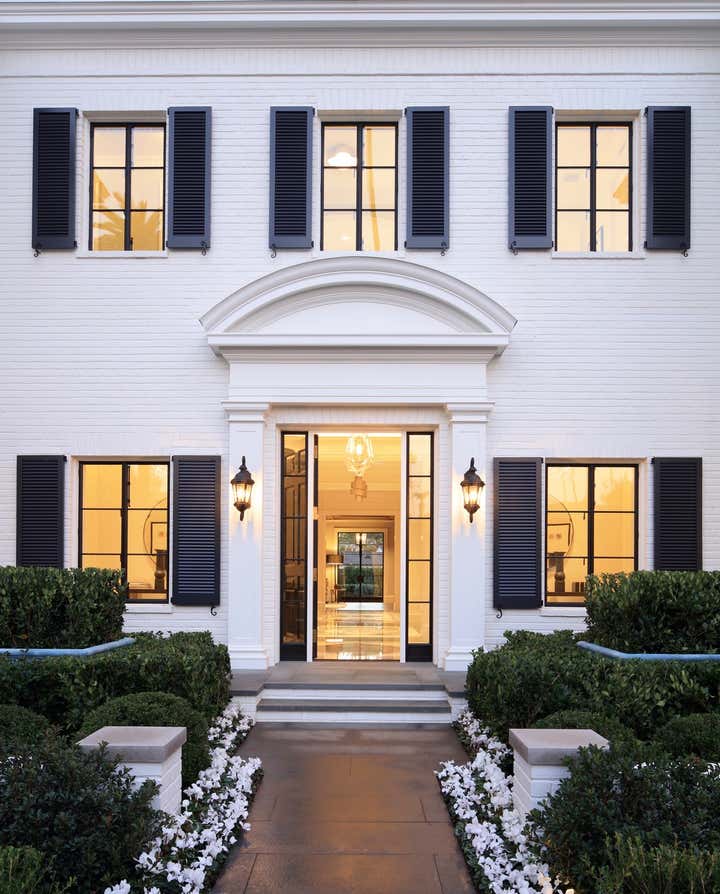 This new house north of Sunset Boulevard in Beverly Hills is inspired by the Streamline Moderne movement in Colonial Revival architecture practiced in Los Angeles in the late 1920s and 1930s by architects such as Paul Williams and James Dolena and their counterparts further east, including David Adler in Chicago and John Staub in Texas. The white-painted brick exterior is accented with simplified classical columns and moldings. The sculptural and elegant work of T. H. Robsjohn-Gibbings influenced the interiors: a modern take on classical elements and Art Deco design. 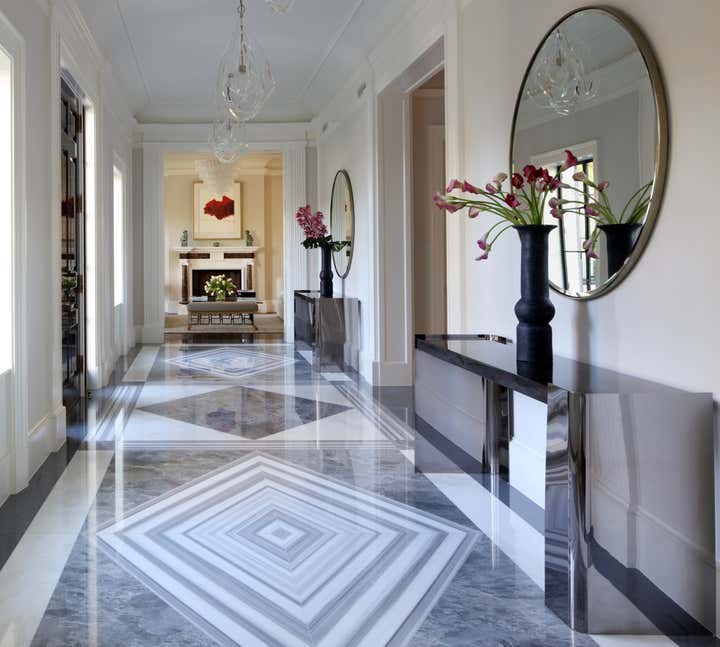 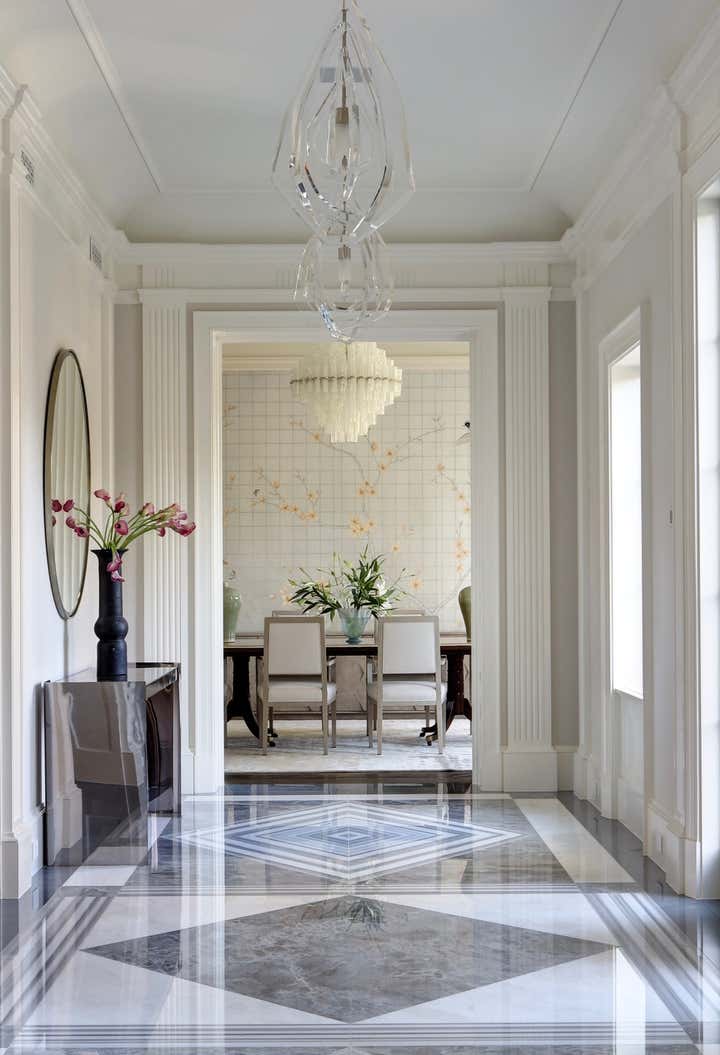 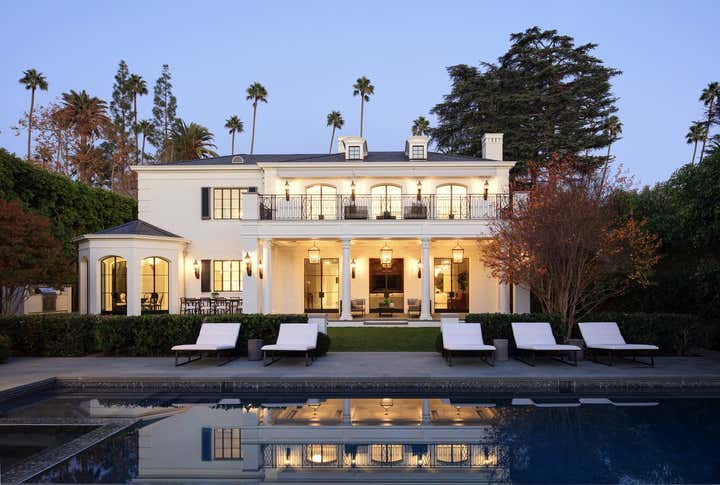 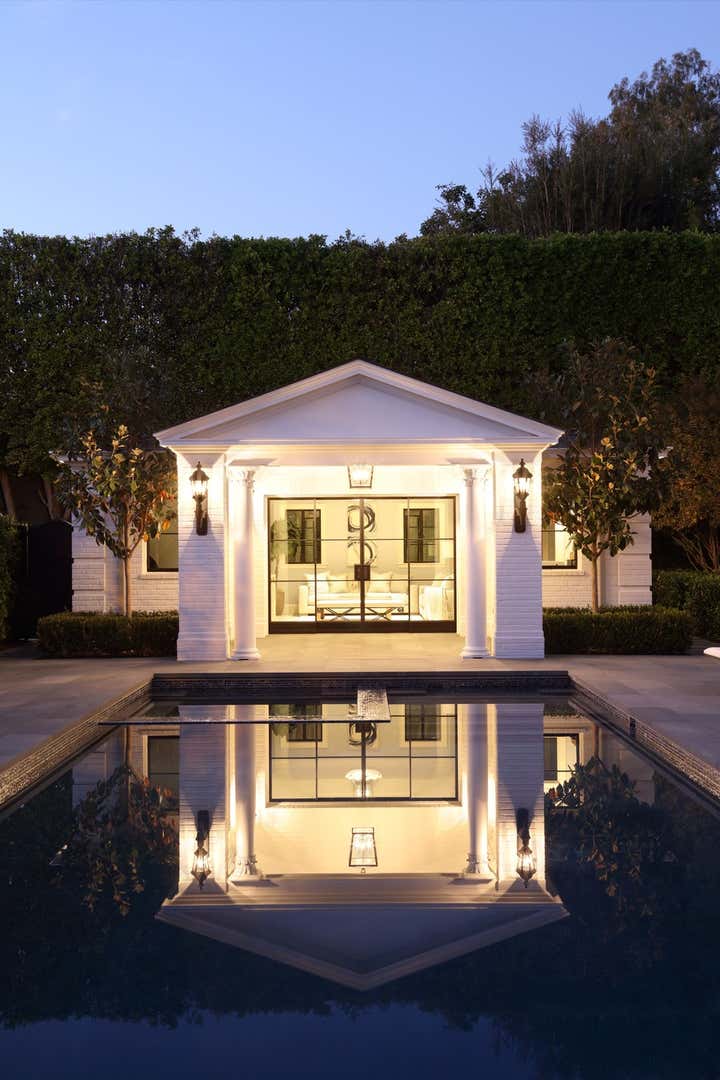 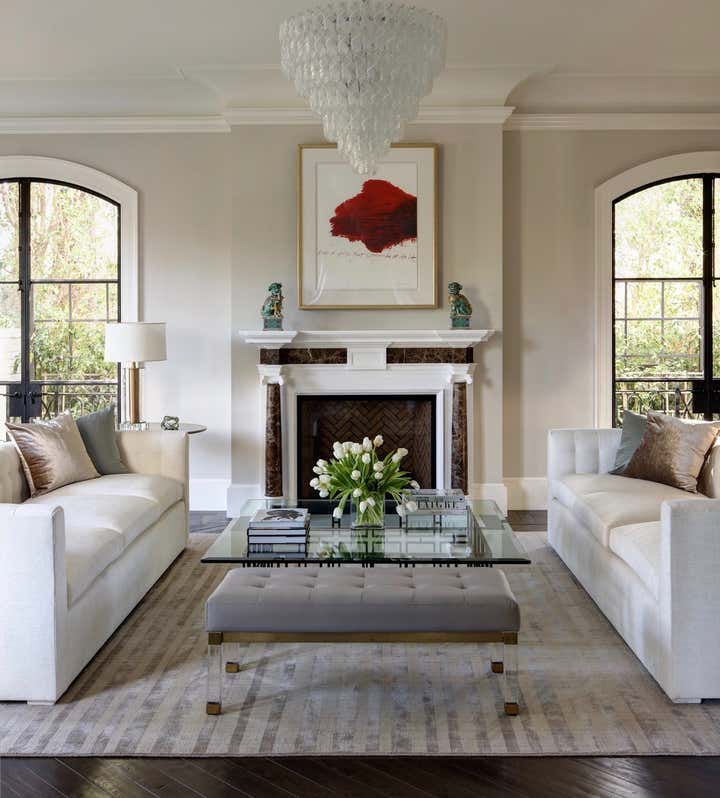 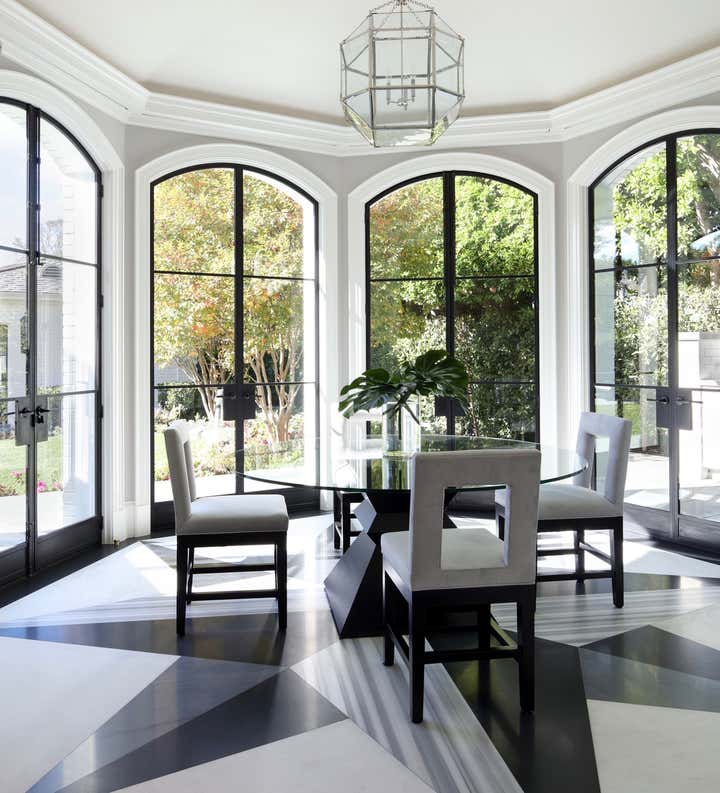 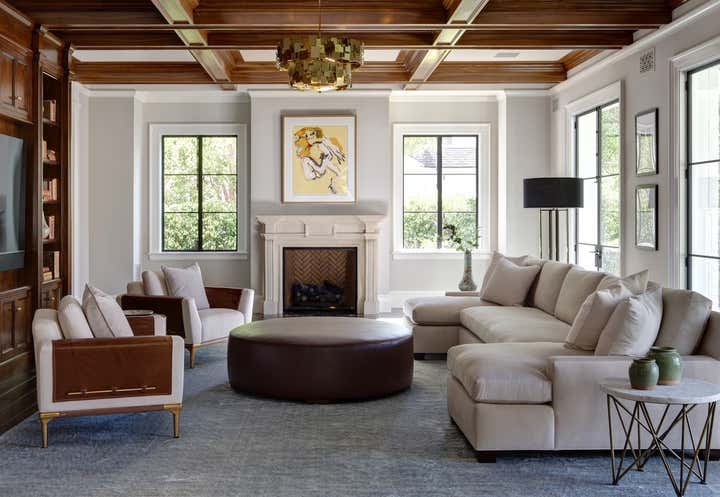