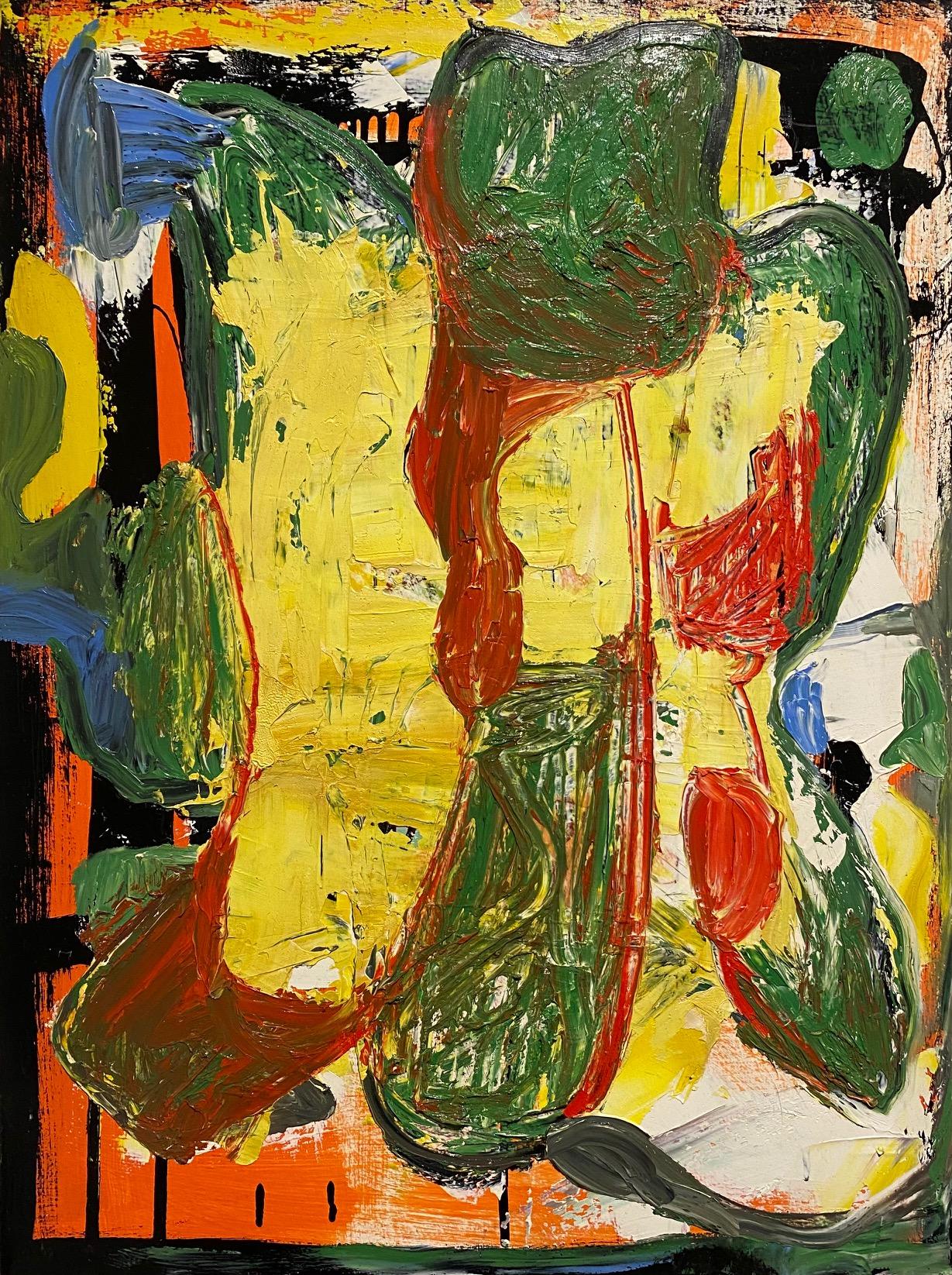 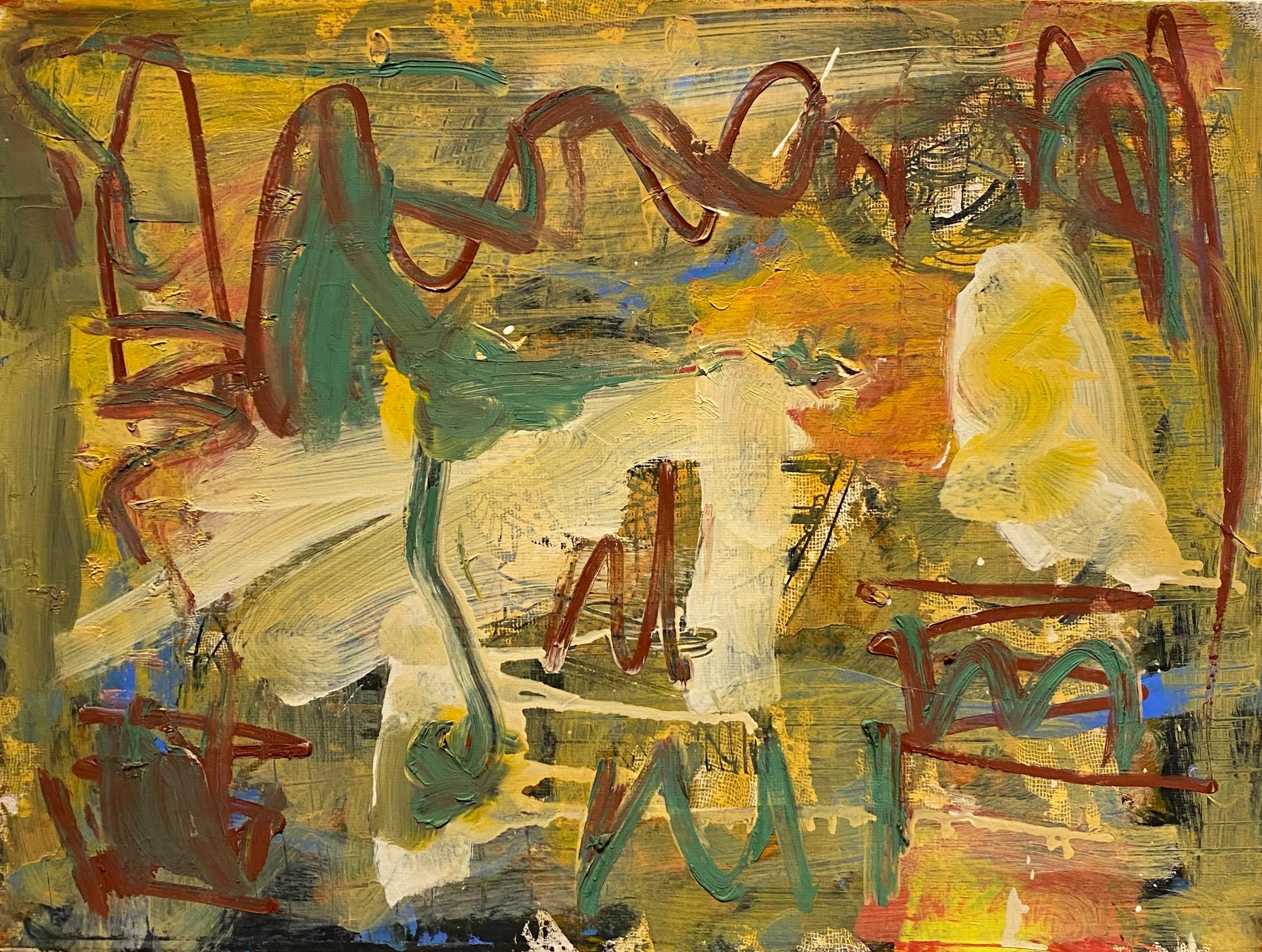 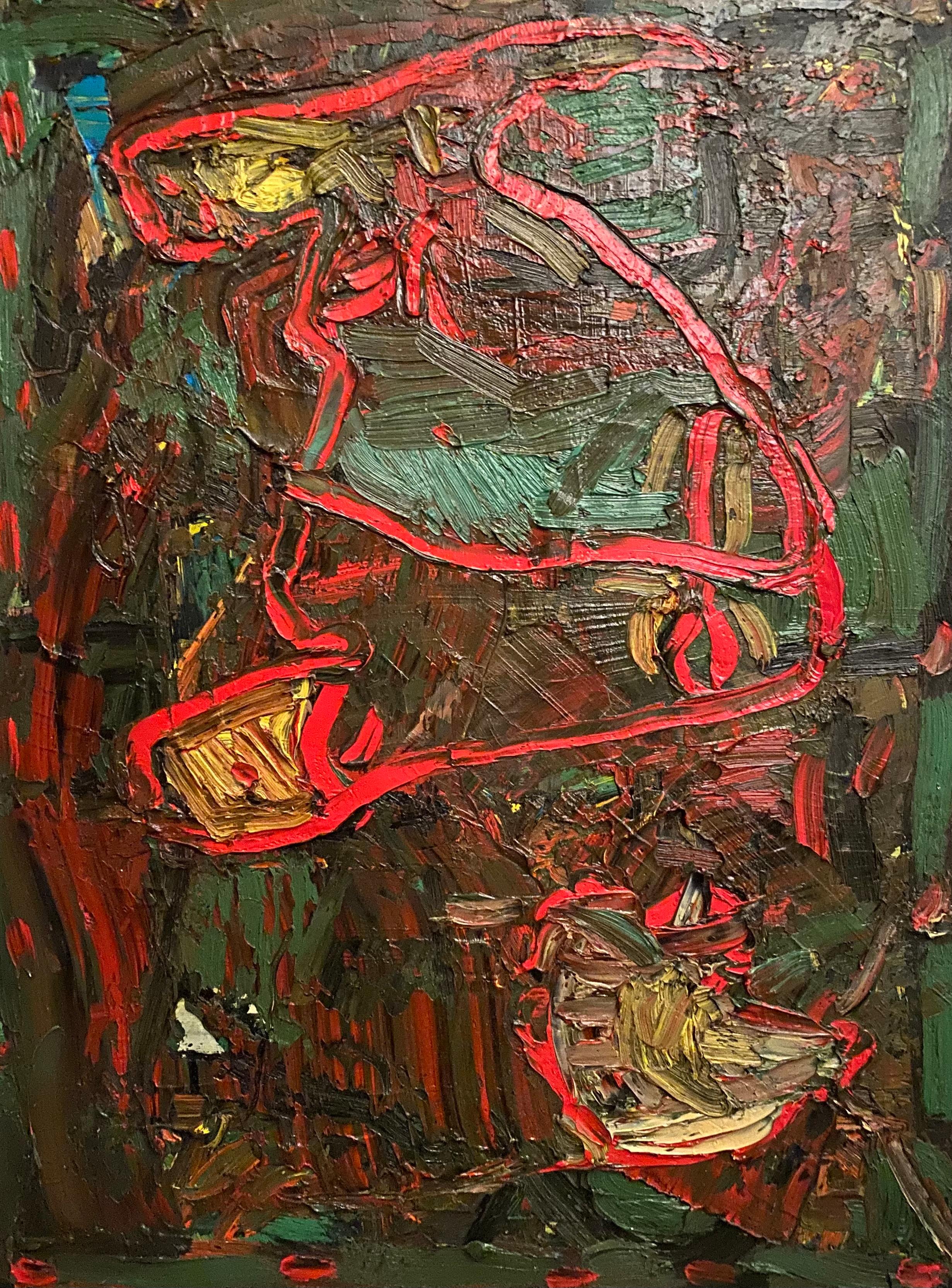 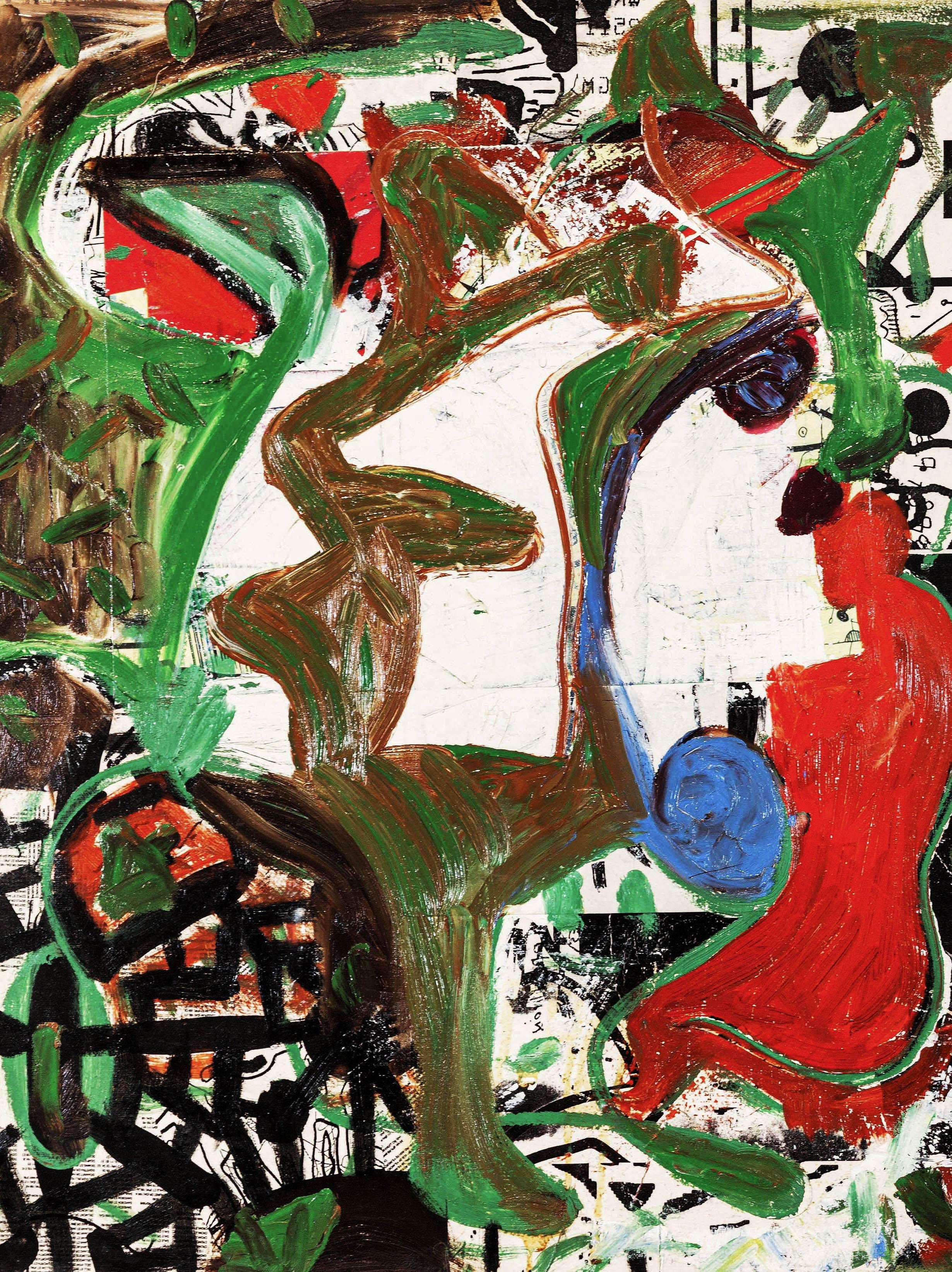 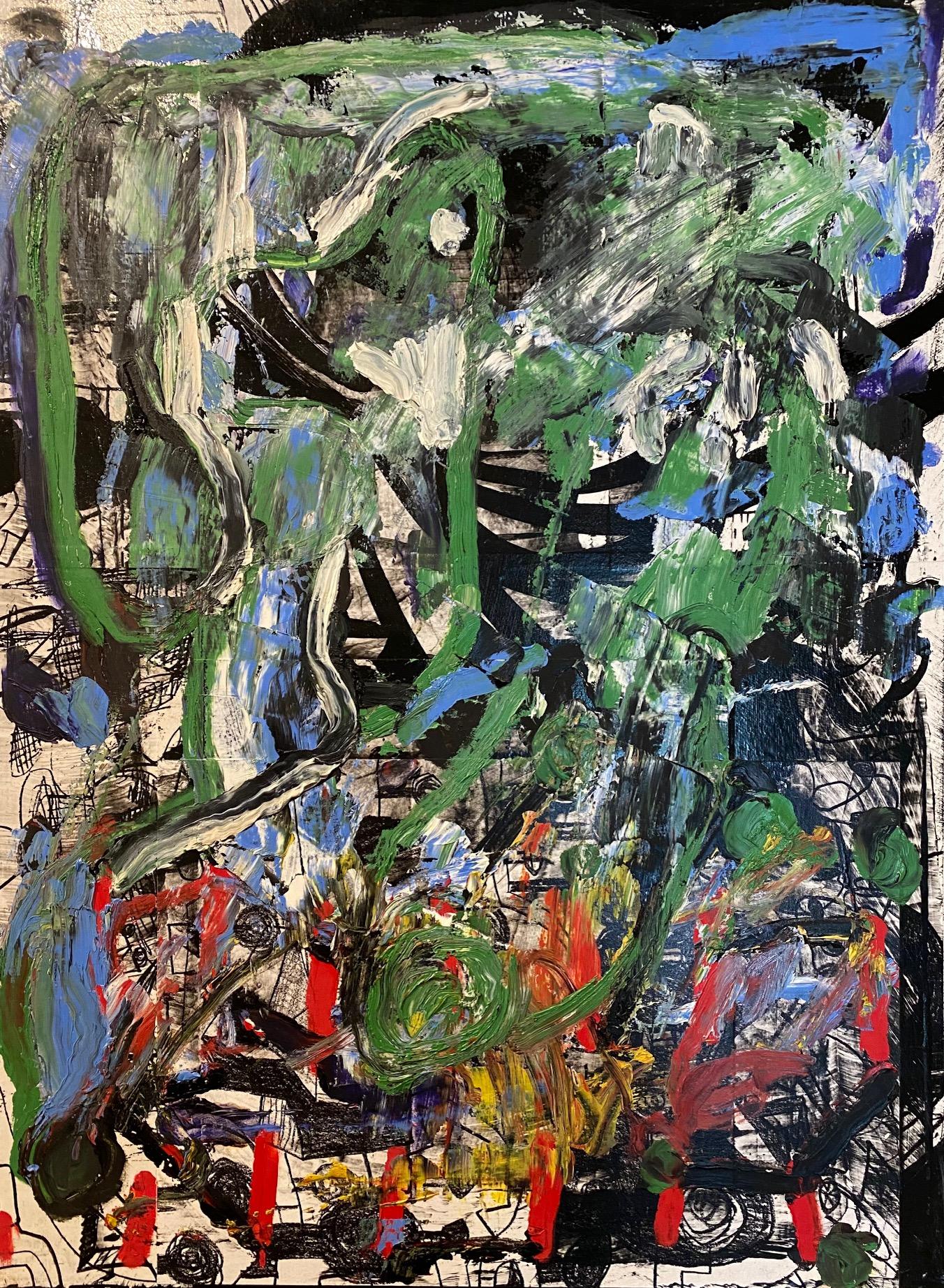 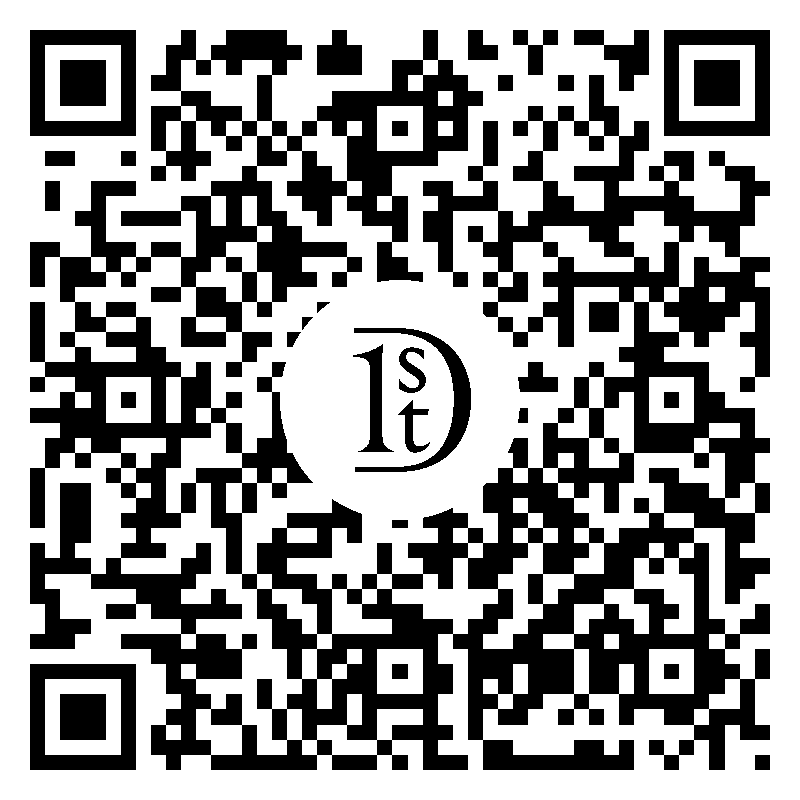 This work, although understated in comparison to other works of Wrays, reflects the abstract expressionist’s devotion to freedom of expression, both in form and color, and his interest in exploring the subconscious mind - particularly the aspect of the child within. Born in Houston, Texas in 1933, Dick Wray was an artist of incomparable talent and personality. Often characterized as an abstract expressionist, Wray played a critical role in the development of Houston’s contemporary art scene since the 1950s. Best known for his ecstatic and award-winning paintings, Wray’s masterful compositions demonstrate a pure and direct sensitivity to the medium. Rich in color and texture, his work expresses a visceral vitality emblematic of an exceptionally passionate artist. In 1958, Wray embarked on a trip to Europe in order to discover what he believed to be the heart of the art world. Beginning in Paris, Wray concluded his pilgrimage with intense studying at the fine-arts academy, Kunstakademie Düsseldorf, in Germany. Although influenced by Picasso, Matisse, Dubuffet and Klee, it was the abstract expressionists that resonated with Wray the deepest. This experience set the foundation of an artistic practice that would establish Dick Wray as a world-class artist. Since then, Dick Wray has been featured in a wide array of group and solo exhibits across the globe. Additionally, he is included in numerous museum collections, such as the MoMA in New York, National Gallery of Art in Washington D.C., Museum of Fine Arts in Houston, and many more. Dick Wray "Untitled" Circa 1995 Oil and Mixed Media on Canvas 12 x 16 Inches 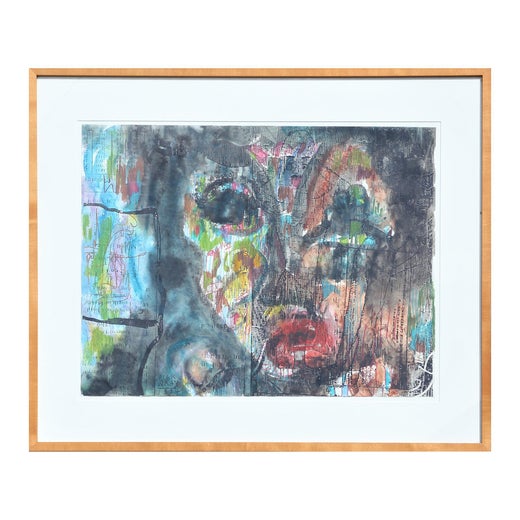 Dick Wray was born at Heights Hospital in 1933 and primarily educated in Houston, Texas. He took free art lessons at the Houston Museum of Fine Arts in his early teens, graduated from Lamar High School (Houston, Texas) and, following military service in the U.S. Army from 1953 to 1955, enrolled in the School of Architecture of the University of Houston from 1955 to 1958. He finished his studies at the Kunstakademie Düsseldorf, Germany in 1959. Wray took off for Europe in 1958 to discover for himself the center of the art world, starting his journey in Paris. Wray’s first competitive show was at the Art Museum of Southeast Texas in Beaumont in 1959. In 1962 he was awarded the Ford Foundation Purchase Prize. Wray has had a number of solo exhibitions at the Contemporary Arts Museum in Houston and his works are continuing to be shown at William Reaves Gallery.

(Biography provided by Reeves Antiques)
About the Seller
No Reviews Yet
Located in Houston, TX
Vetted Seller
These experienced sellers undergo a comprehensive evaluation by our team of in-house experts.
Established in 1998
1stDibs seller since 2021
More From This Seller

$720 Sale Price
20% Off
"Untitled (Face)" Colorful Modern Abstract Mixed Media Portrait Painting
By Dick Wray
Located in Houston, TX
Colorful mixed media painting of an abstract face by Texas Artist, Dick Wray. Signed and dated by the artist in the bottom left corner and currently displayed in a wood frame with a ...
Category

$8,500
Abstract Expressionist Composition on Black
By Ross H. Pollette
Located in Soquel, CA
Colorful and dynamic abstract composition by Ross H. Pollette, who also paints under the pseudonyms 'Max West' (American, b. 1948). Pollette has used oil, ink, and collage in this p...
Category

Price Upon Request
Woman, Original Oil Painting, Abstract Figure on Red and Green Background
By Wesley Kimler
Located in Chicago, IL
Wesley Kimler (born 1953) an American artist based in Chicago, Illinois, is known for his colossal paintings, up to 15 feet high and 27 feet wide. According to critic Kevin Nance, th...
Category

Price Upon Request
The Ingénue, Multi-Colored Abstract Figure on Green Background, Oil Painting
By Wesley Kimler
Located in Chicago, IL
Wesley Kimler (born 1953) an American artist based in Chicago, Illinois, is known for his colossal paintings, up to 15 feet high and 27 feet wide. According to critic Kevin Nance, th...
Category