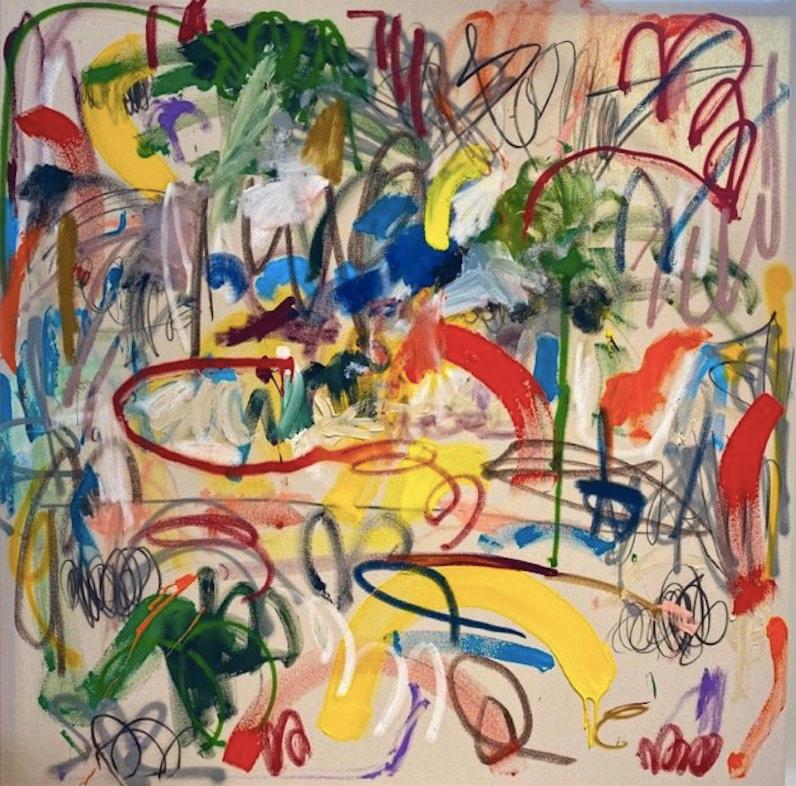 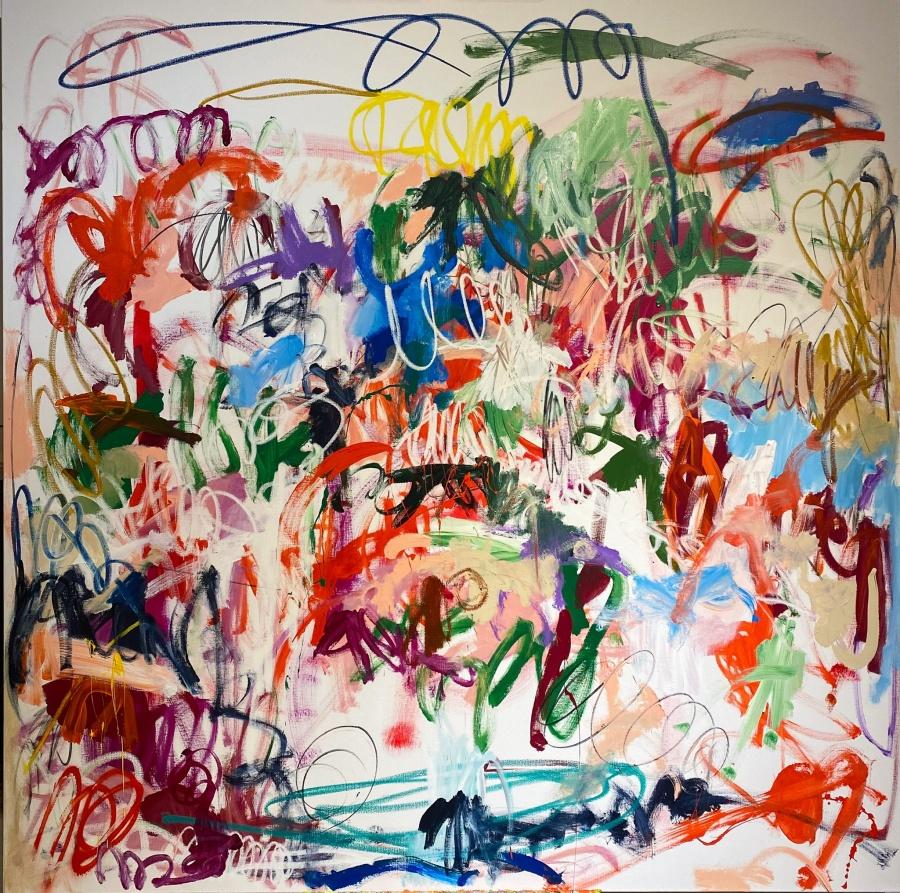 Flore - The Muse is All That Matters 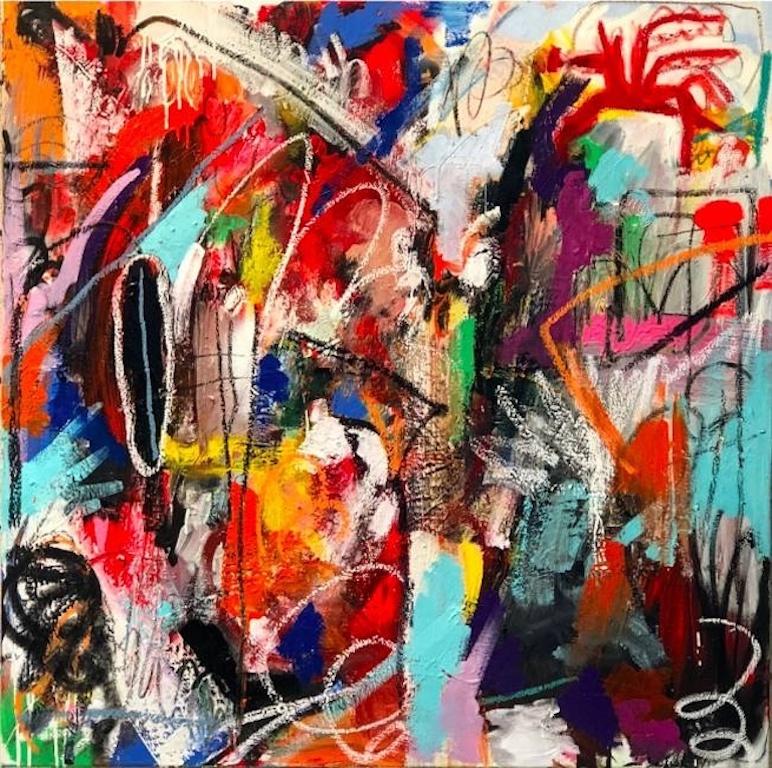 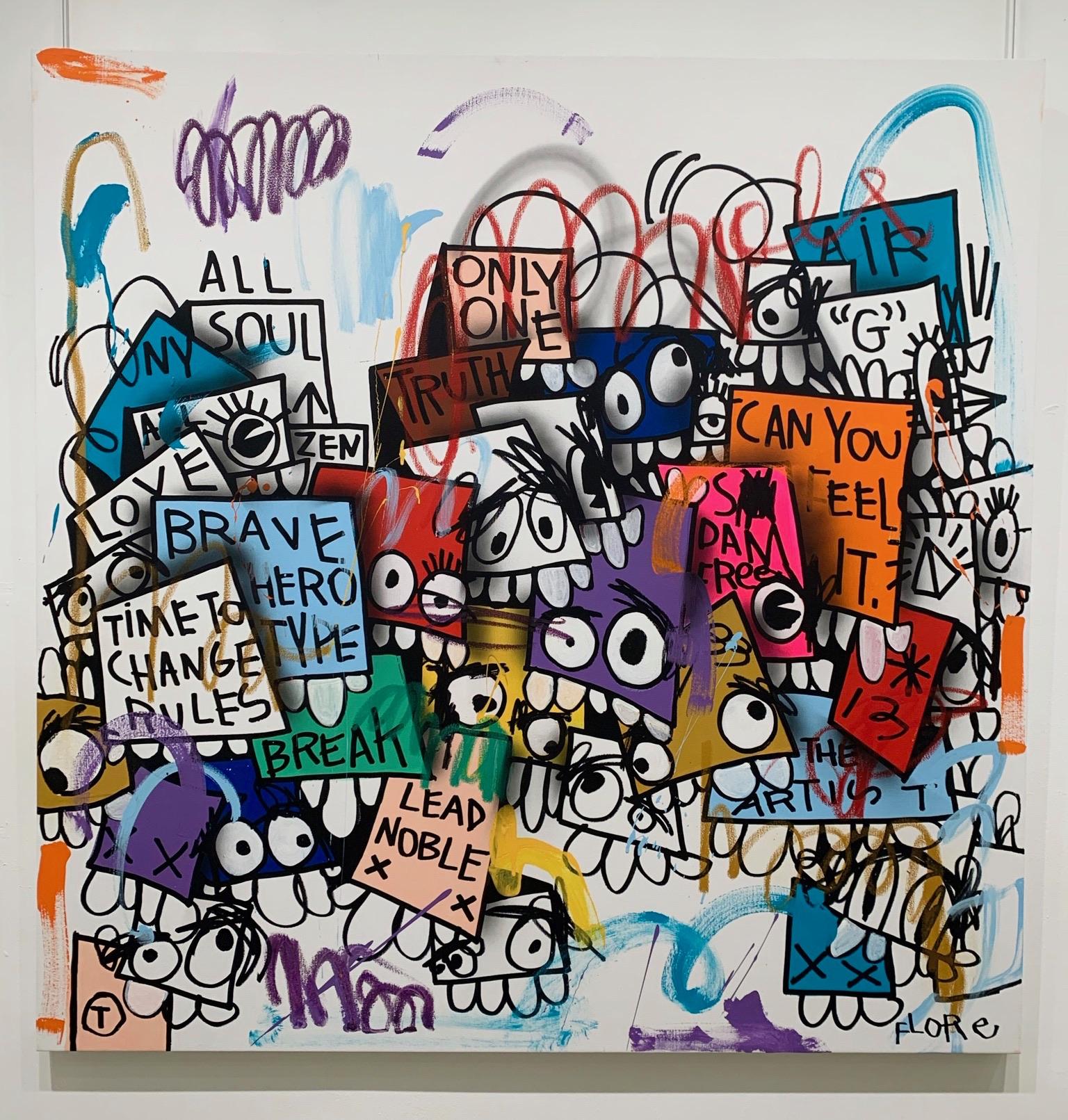 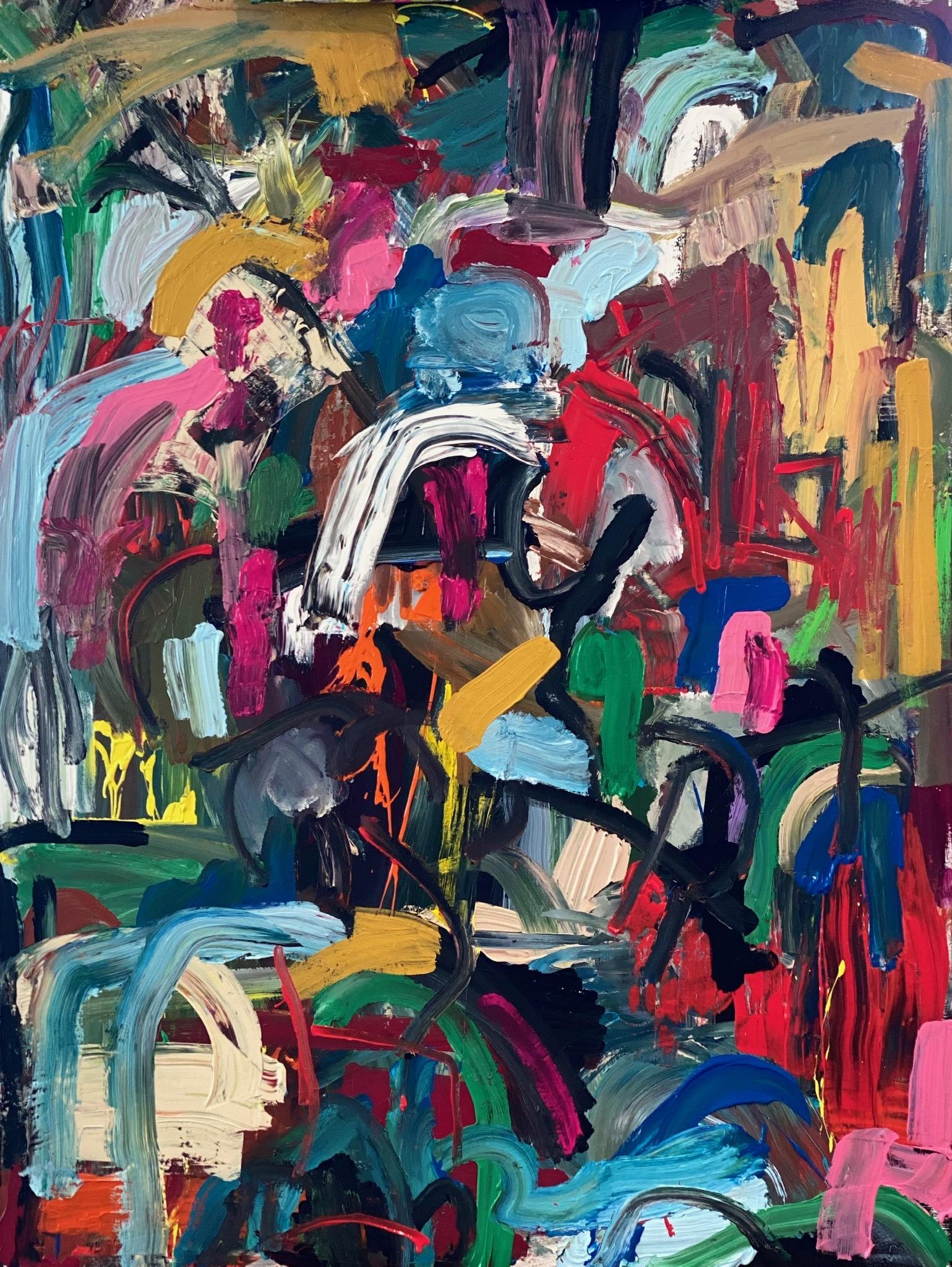 Flore - It Is War 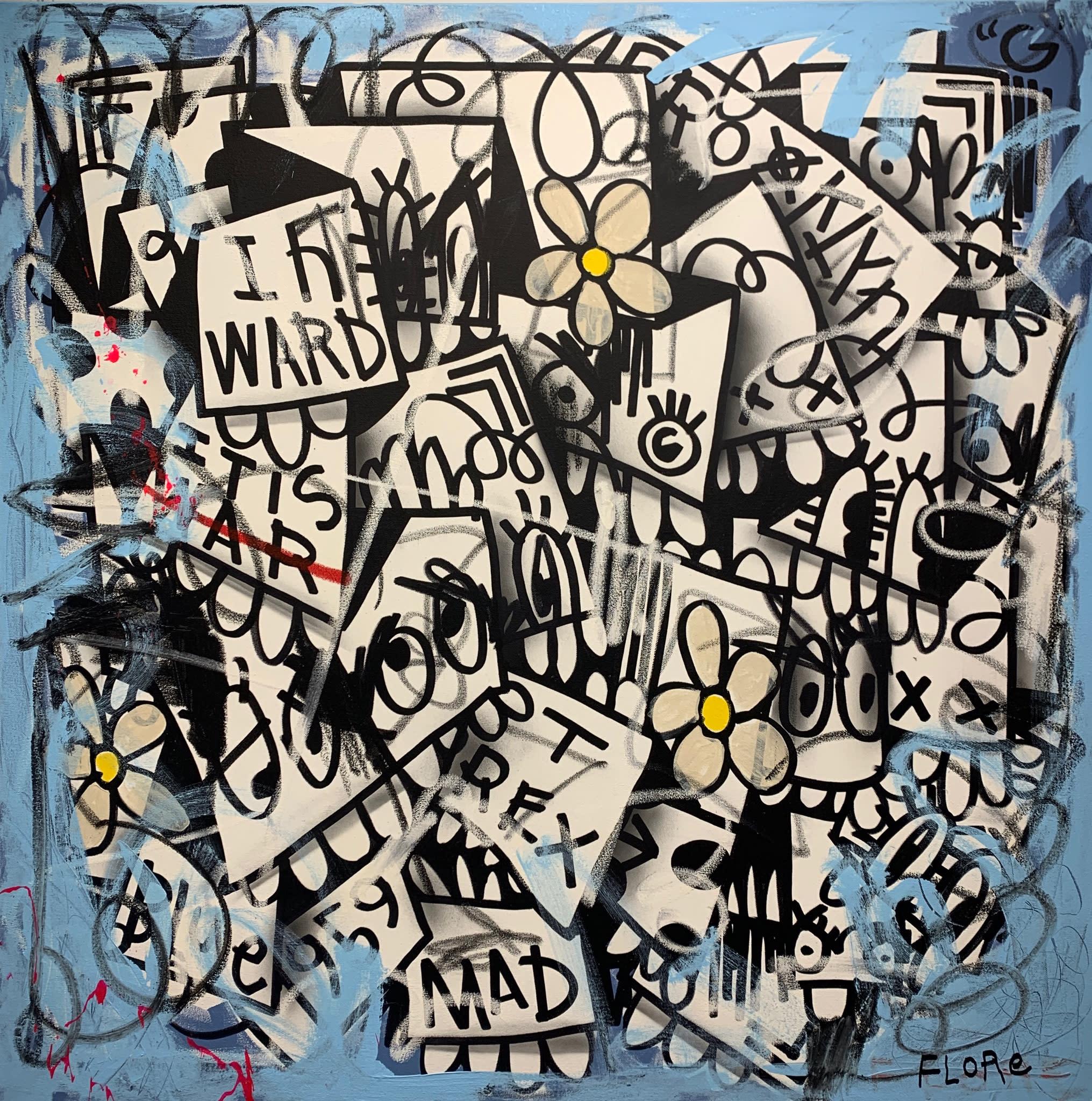 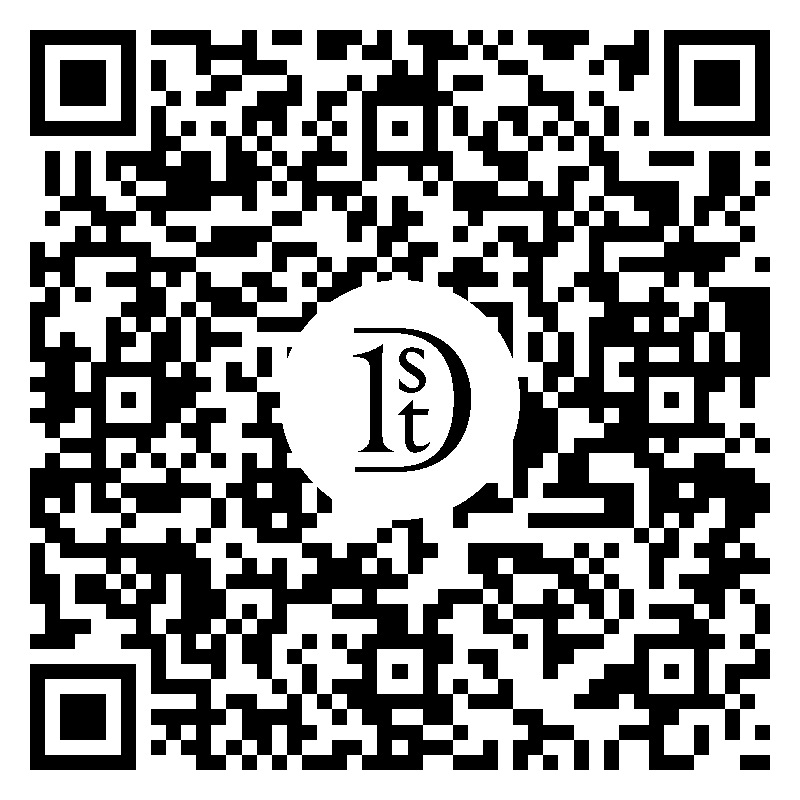 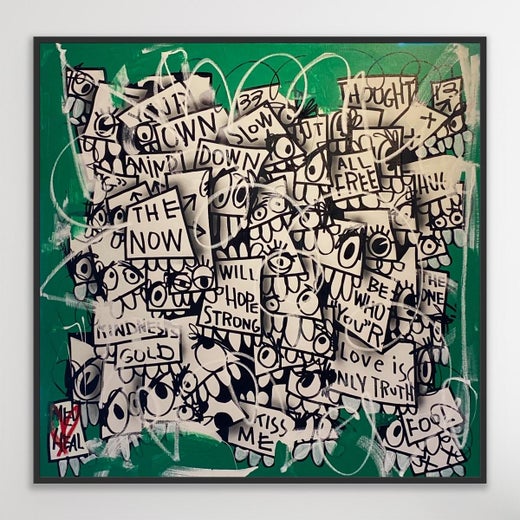 Born in Brooklyn, New York’s Marine Park neighborhood, contemporary fine artist Christopher Florentino, also known as “Flore,” grew up surrounded by art. His aunt Weezy, a major influence during Flore’s childhood, was a sculptor, and she immersed her nephew in the New York art scene from an early age.

Flore was drawn to the Museum of Modern Art, not only to the energy of 20th-century abstract works by the likes of Pablo Picasso and Jackson Pollock, but also to mid-century modern furniture for which he developed a particular passion; at the tender age of 13, the artist bought an Eames chair as his very first piece of furniture. Today, Flore has a large collection that includes pieces by Eero Saarinen, Herman Miller and Knoll, among other legendary designers and manufacturers.

Flore studied formally in the communication and design program at New Jersey’s Brookdale Community College before working in a number of creative roles, from fashion (both as a stylist and a T-shirt designer) to crafting window displays. Flore wanted to become an artist but worried about the profession’s viability — a widely shared concern among budding artists. At age 30, however, he made the jump to become a full-time painter. At the intersection of Abstract Expressionism and street art, with touches of both Willem de Kooning and Jean-Michel Basquiat, Flore’s work, which he describes as “urban cubism,” is vibrant both in its scintillating colors and in the energy of its brushstrokes. Text also features prominently in many of his works.

Today, Flore works out of a studio in New York City’s East Village. He also spent several years in Miami and Winter Haven, Florida, where he owned a concrete-and-glass mid-century house (of course!) designed by architect Gene Leedy, a founding member of the Sarasota School of Architecture, a modernist architectural movement launched in Sarasota, Florida, in the 1940s. Flore’s work can be found in the collections of quite a number of high-profile clients, including Beyoncé and Eva Longoria, as well as the Nakamura Keith Haring Collection in Hokuto, Japan. 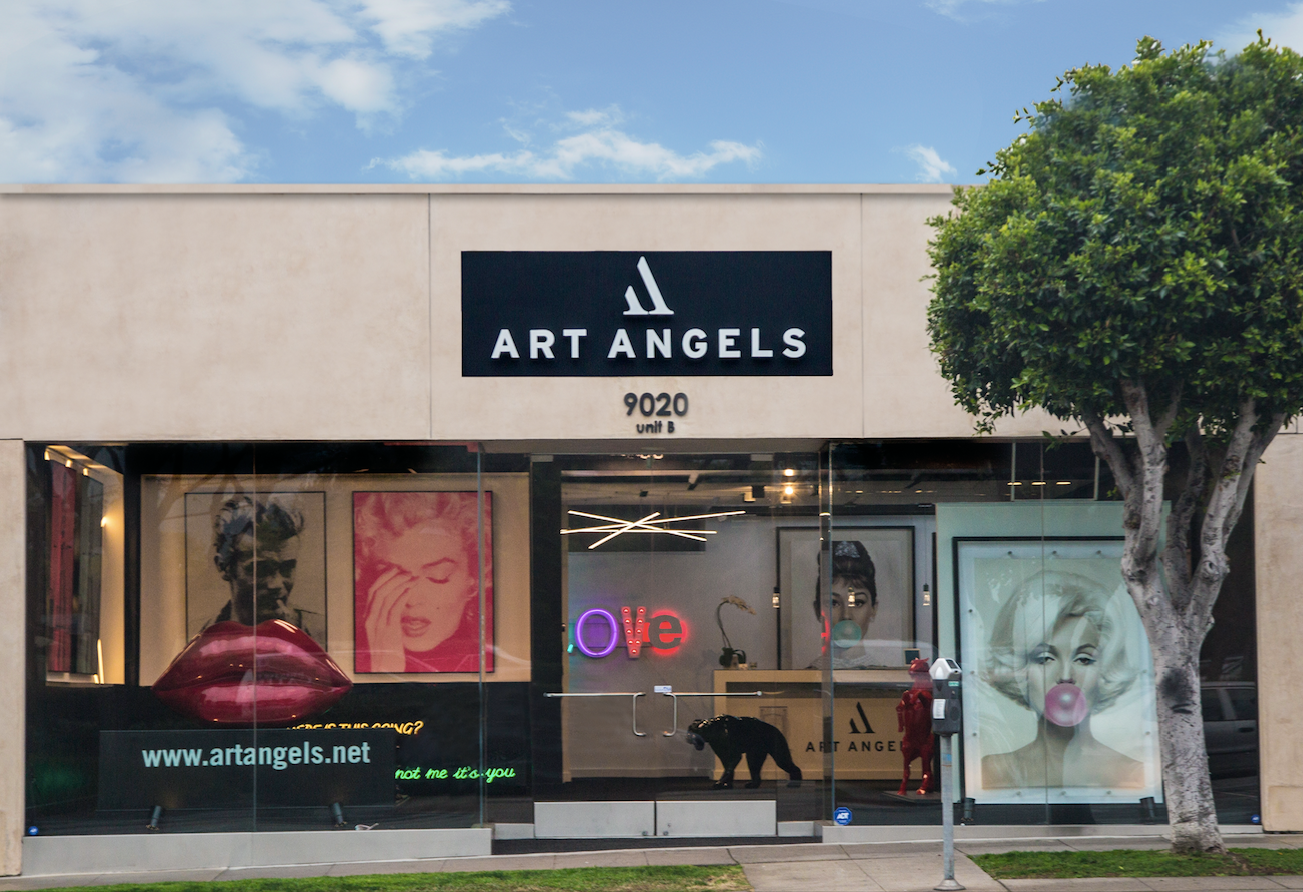 About the Seller
5 / 5
Located in Los Angeles, CA
Vetted Seller
These experienced sellers undergo a comprehensive evaluation by our team of in-house experts.
Established in 2014
1stDibs seller since 2016
38 sales on 1stDibs
Typical response time: 1 to 2 days
Associations
Association of Women Art Dealers
More From This Seller

"Amuleti", by Enzio Wenk, 2017 - Oil, Acrylic and Sand on Canvas - Expressionism
By Enzio Wenk
Located in Bresso, IT
40 x 40 cm Translated title: " Amulets " Acrylic paint, oil and sand on canvas. The artist sells the handmade, original and one-of-a-kind piece, but he reserves the right to dup...
Category

$1,106
Edge of the City
By Phil Stallard
Located in North Sydney, AU
Artist's Note: This is an idealized fauve painting of Sydney harbour, painted from Wisemans on the outskirts. I grew up in Sydney, and worked on the harbour back in the ‘80’s. In t...
Category