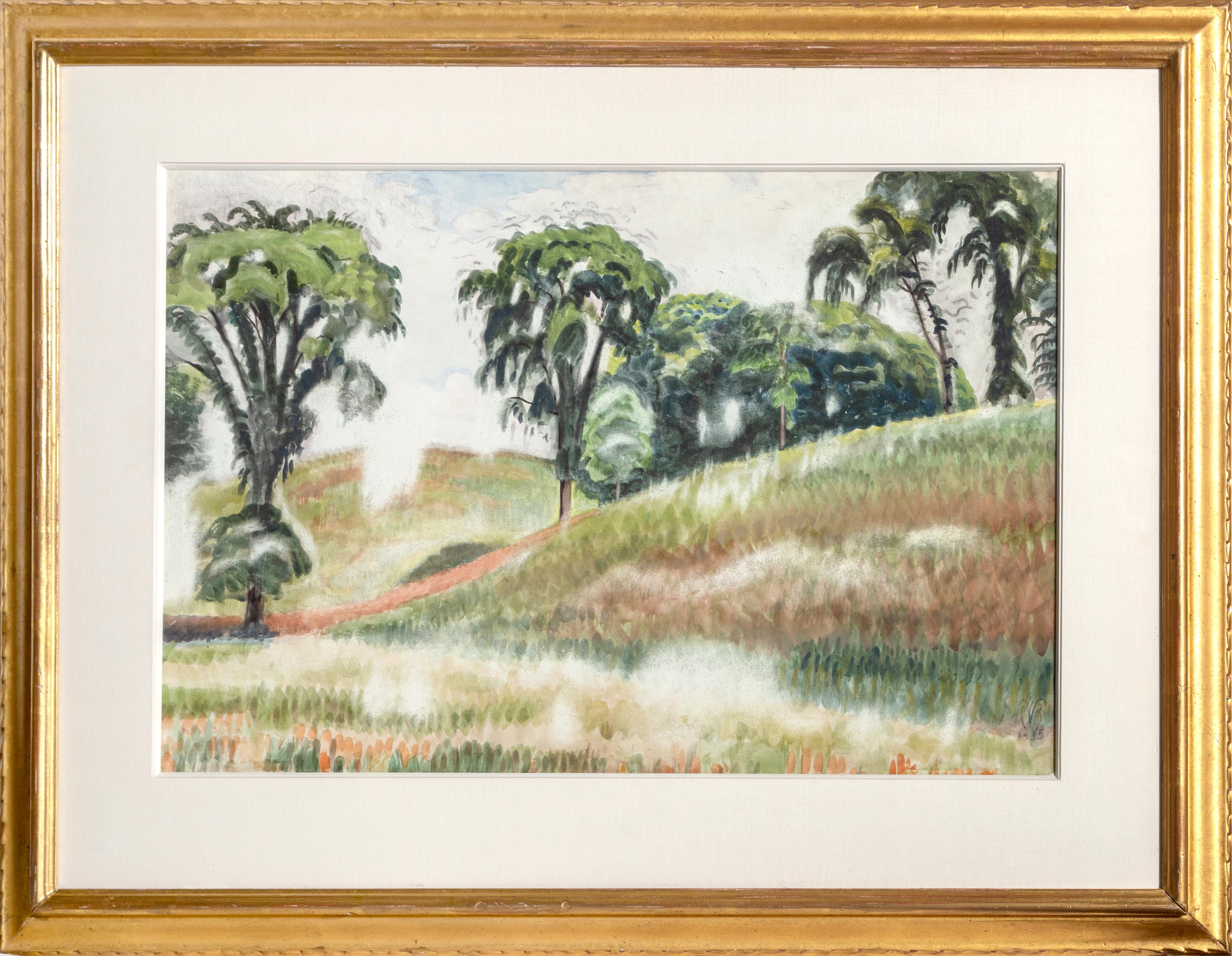 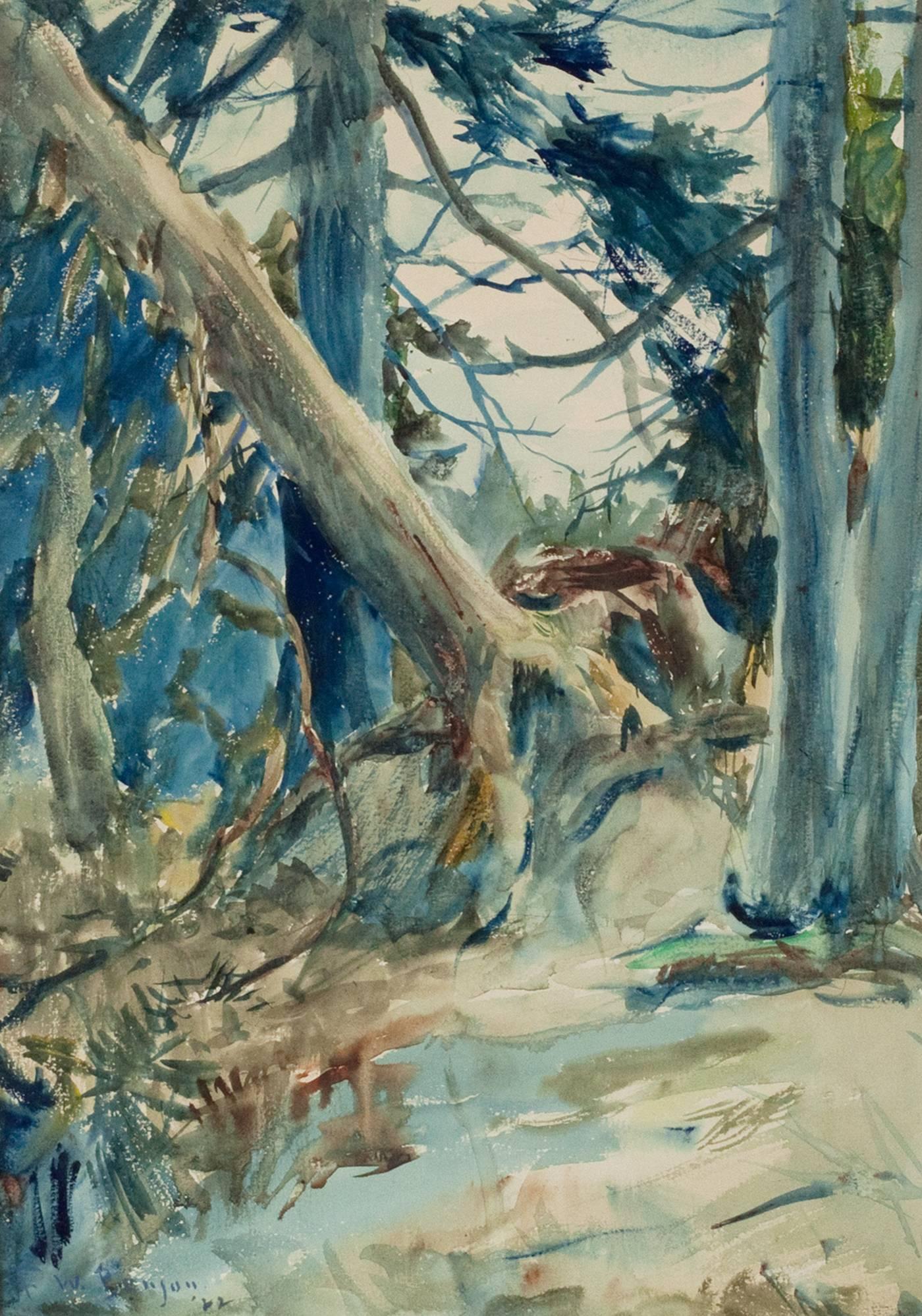 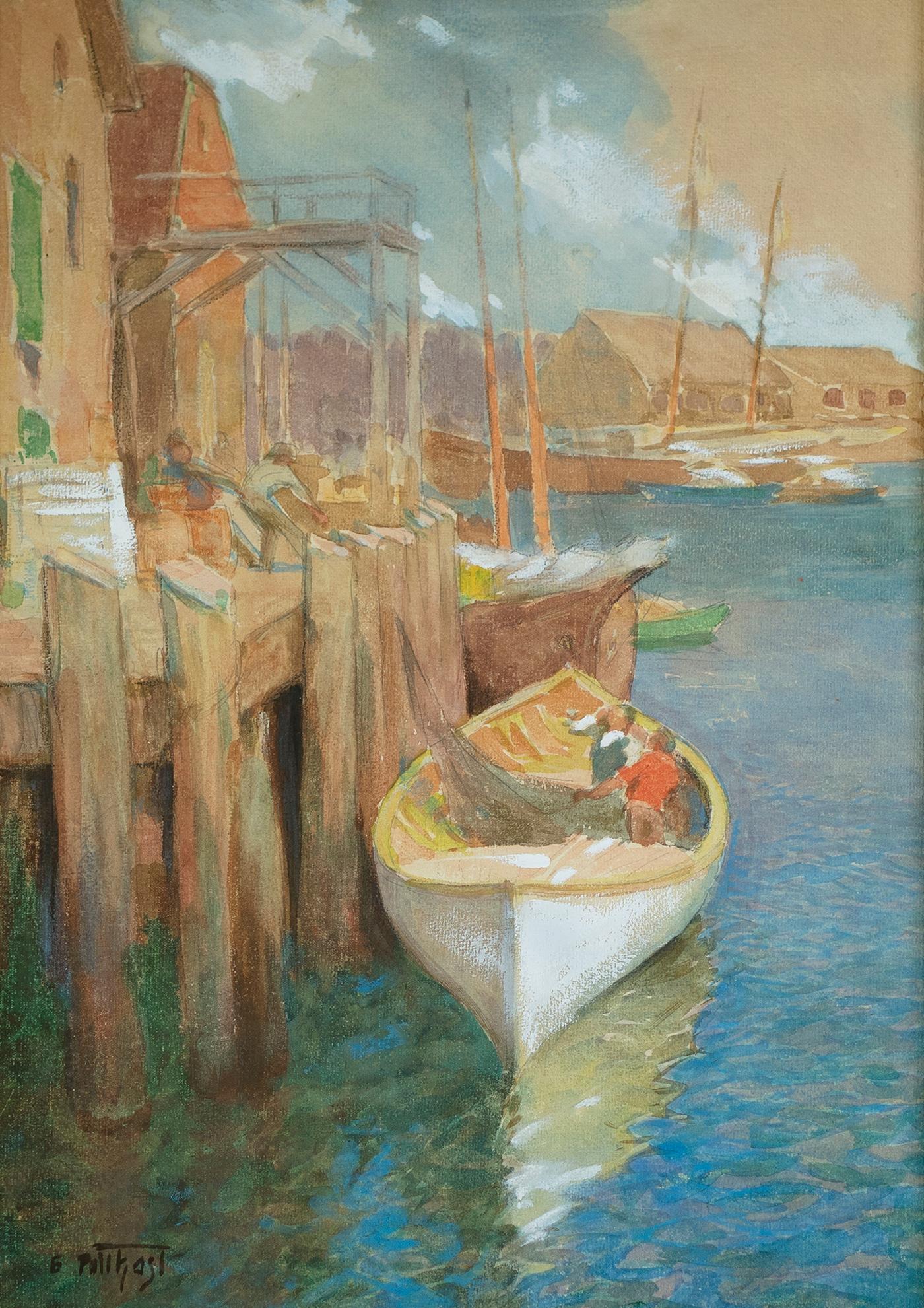 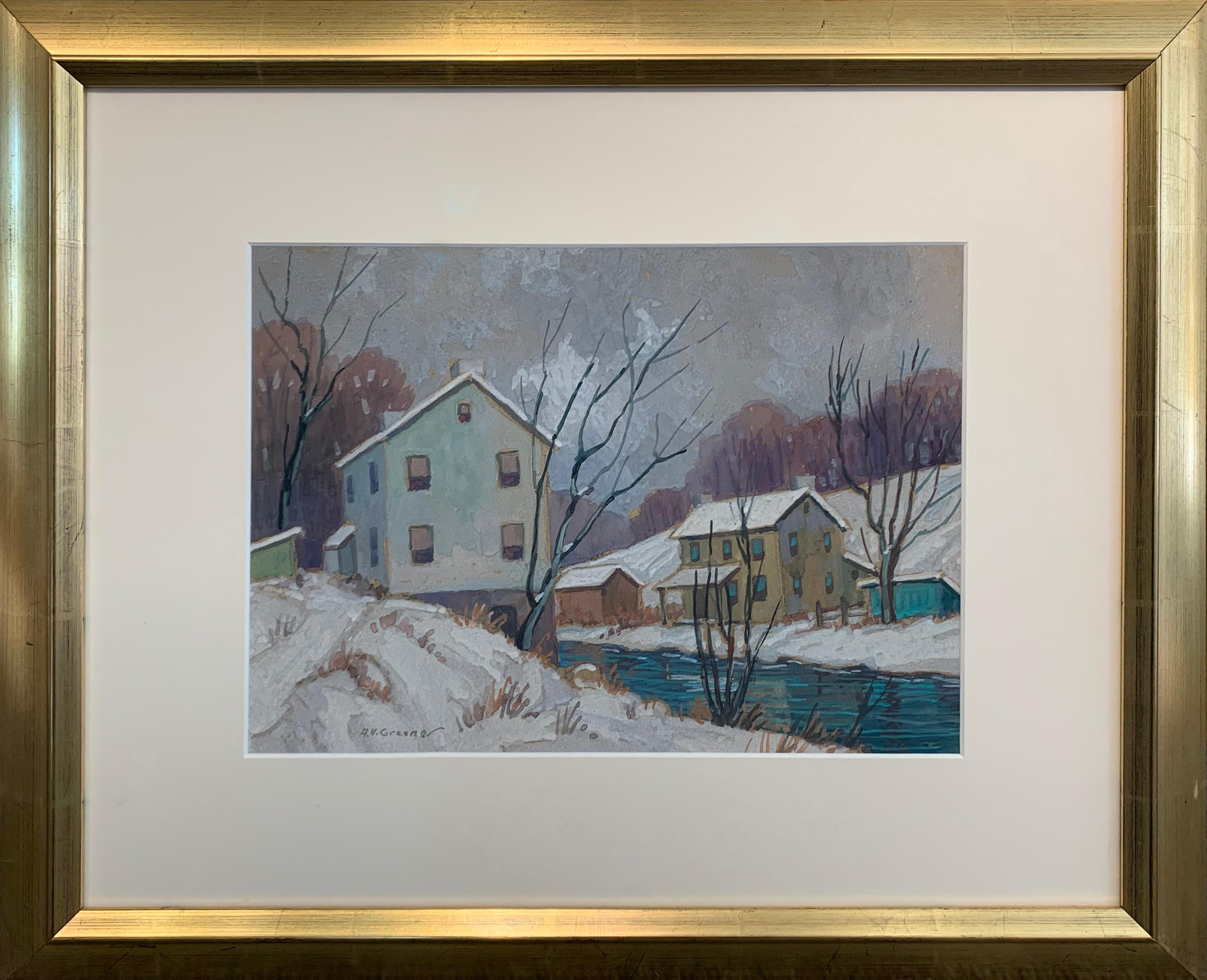 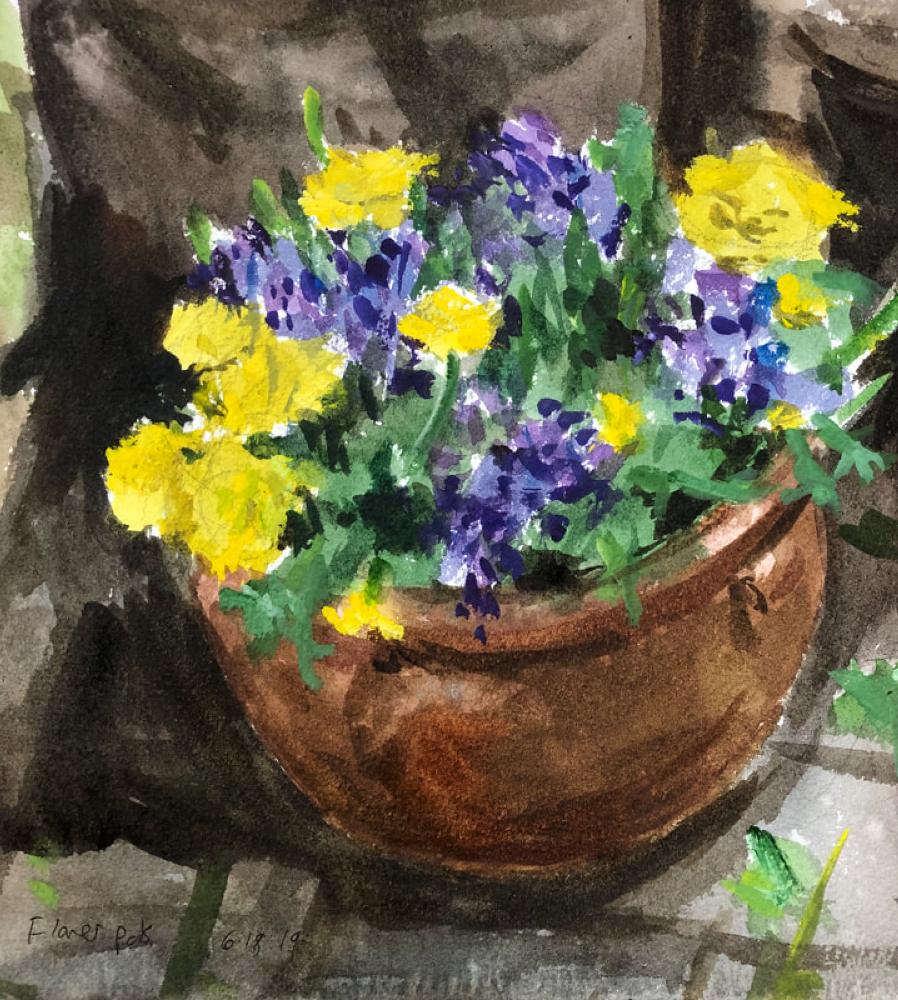 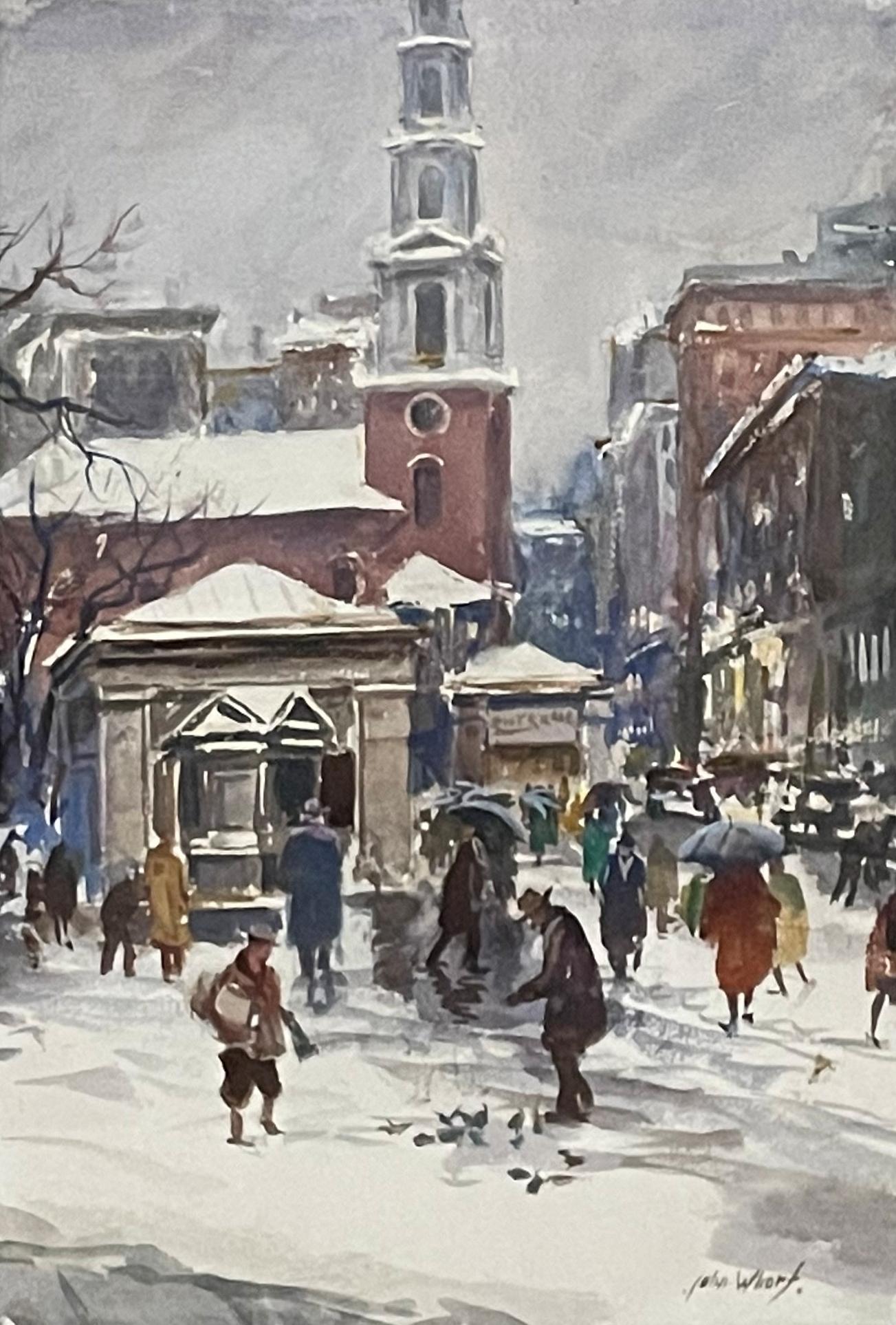 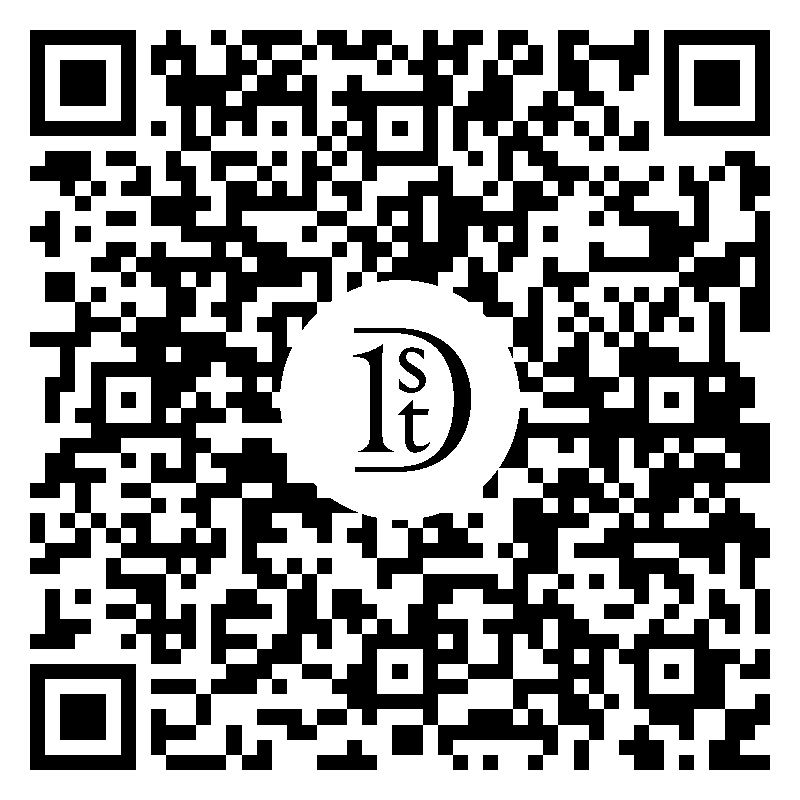 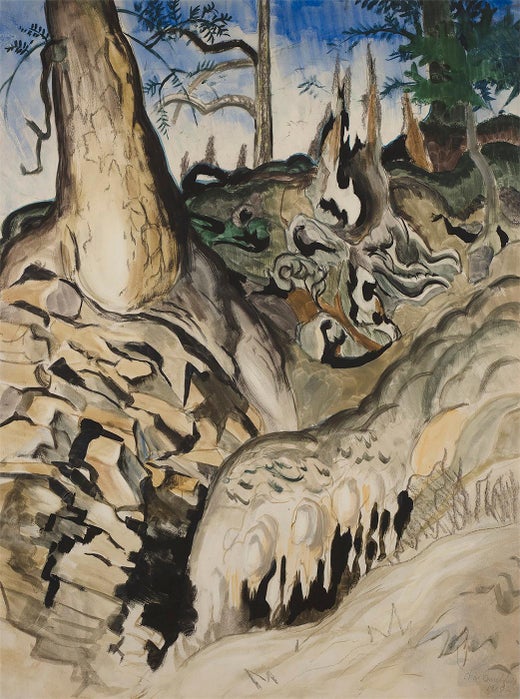 Born in Ashtabula Harbor, Ohio, Charles Burchfield became known as a town-landscape painter of middle-western America, and his paintings, drawings and prints have had much influence on succeeding generations of artists. He has also been described as a social critic, naturalist, and transcendental visionary whose sensitivities infuse his artwork. Of his impact on American art, Matthew Baigell wrote: "Few American artists have ever responded with such passion to the landscape or have made it such a compelling repository as well as mirror of their intimate feelings."

Burchfield's career can be divided into three phases. The first is landscapes based on childhood memories and fantasies and ended about 1918; the second, from 1918 to 1943, is Social Realism, including “grimy streets and rundown buildings of the eastern Ohio area,” and the third phase is a return to subject matter of his childhood and the “investing them with a kind of ecstatic poetry.” (Biagell 54)

Throughout Burchfield's career, watercolor was his preferred medium. Knowledge of Oriental art influenced him to use simple forms.

Burchfield spent his youth in Salem, Ohio, where he developed a keen interest in art and nature and was intensely aware of woodland sounds and noises. In 1912, he decided to become a painter and enrolled in the Cleveland School of Art, where his most influential teacher was Henry Keller. Another major Ohio influence on his painting was William Sommer, leader of the modernist movement in the Cleveland area. He introduced Burchfield to experimental watercolor techniques and color theory, and Burchfield began attending sessions of the Kokoon Club, organized by Sommer and William Zorach to promote avant-garde art. In 1917, he developed a shorthand of abstractions of various shapes and moods, and he also began painting small houses that appeared to be haunted.

Burchfield served in World War I from 1918 to 1919, and served as sergeant in the Camouflage Corps, camouflaging artillery pieces. In 1921, he moved to Buffalo, New York, where until 1929, he worked as a wallpaper designer for the M.H. Birge and Sons Wallpaper Company. From that time, living the remainder of his life in Buffalo, he devoted himself full time to fine-art painting that ranged from rather sentimental depictions to abstraction in the 1960s.

In the 1920s, Burchfield moved away from what he perceived as an overactive imagination and did studies of architecture of Midwestern streets. This subject matter of the realities of the man-made world was influenced by his reading of Winesburg, Ohio: A Group of Tales of Ohio Small-Town Life by Sherwood Anderson, and playing off those themes he reflected a debunking of the heartland sentimentality by so-called sophisticated, more worldly critics. Then in 1943, he returned to his earlier style which he explained was a "necessary diversion" from the aftermath of World War II.

Once more Burchfield began to explore the landscape of his youth, and, using a less realistic style, became almost mystical in his expressions of nature including seasonal changes, and forest sounds, which he depicted with quivering brushstrokes. "His last paintings are filled with chimerical creatures — butterflies and dragonflies from another world." (Baigell 55)

The largest single collection of Burchfield’s work is at the Burchfield-Penney Art Center in Buffalo, New York, and includes his watercolors, prints, oil paintings and preliminary sketches for both paintings and wallpaper designs. In 1997, a major retrospective of his work was held at the National Museum of American Art in Washington, D.C. and was organized by the Columbus Museum of Art.

(Biography provided by Gallery of the Masters)

1stDibs Buyer Protection Guaranteed
If your item arrives not as described, we’ll work with you and the seller to make it right. Learn More
About the Seller
4.9
Located in Long Island City, NY
Platinum Seller
These expertly vetted sellers are 1stDibs' most experienced sellers and are rated highest by our customers.
Established in 1979
1stDibs seller since 2014
2,440 sales on 1stDibs
Typical response time: <1 hour
More From This SellerView All
People Also Browsed
You May Also Like