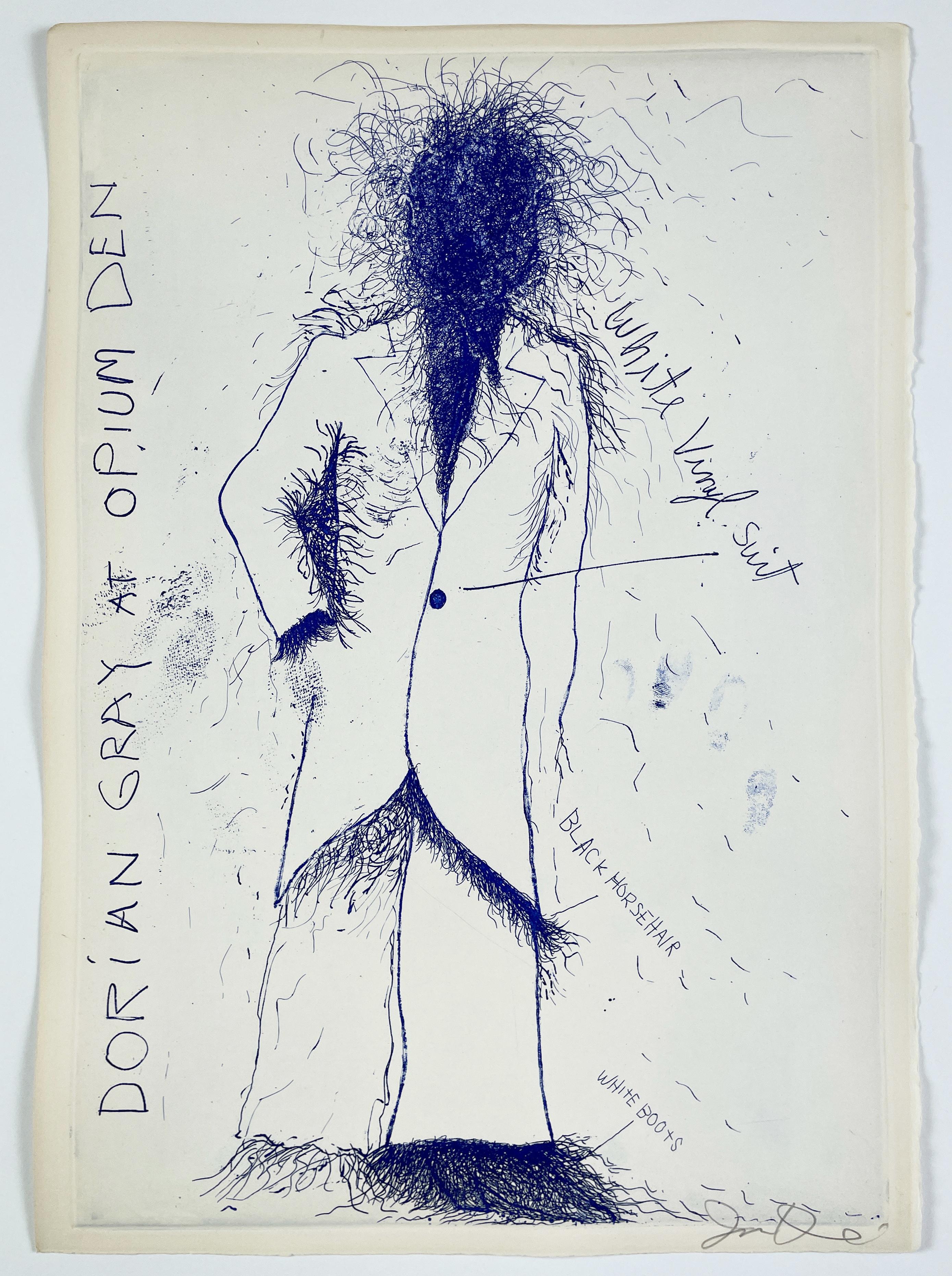 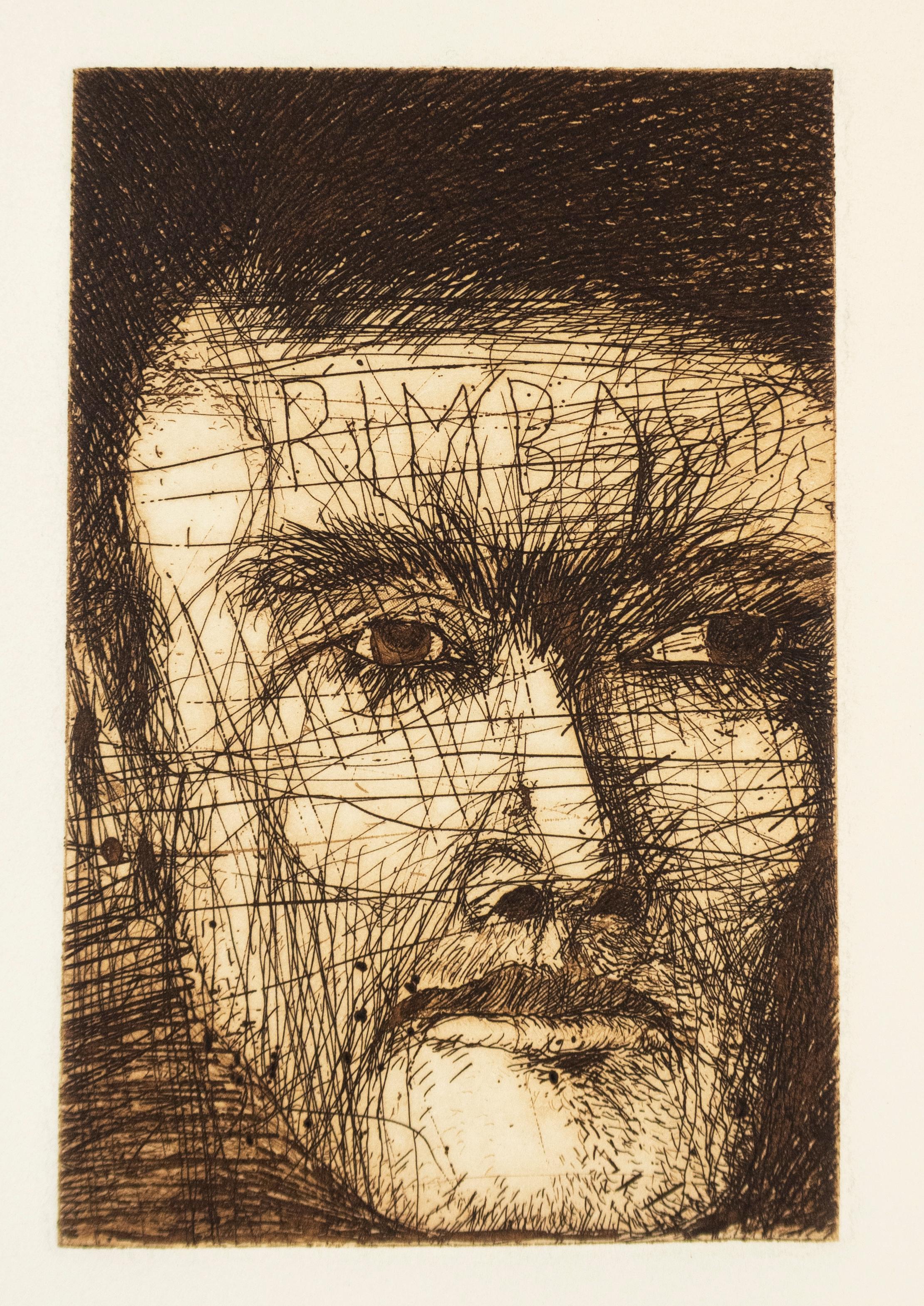 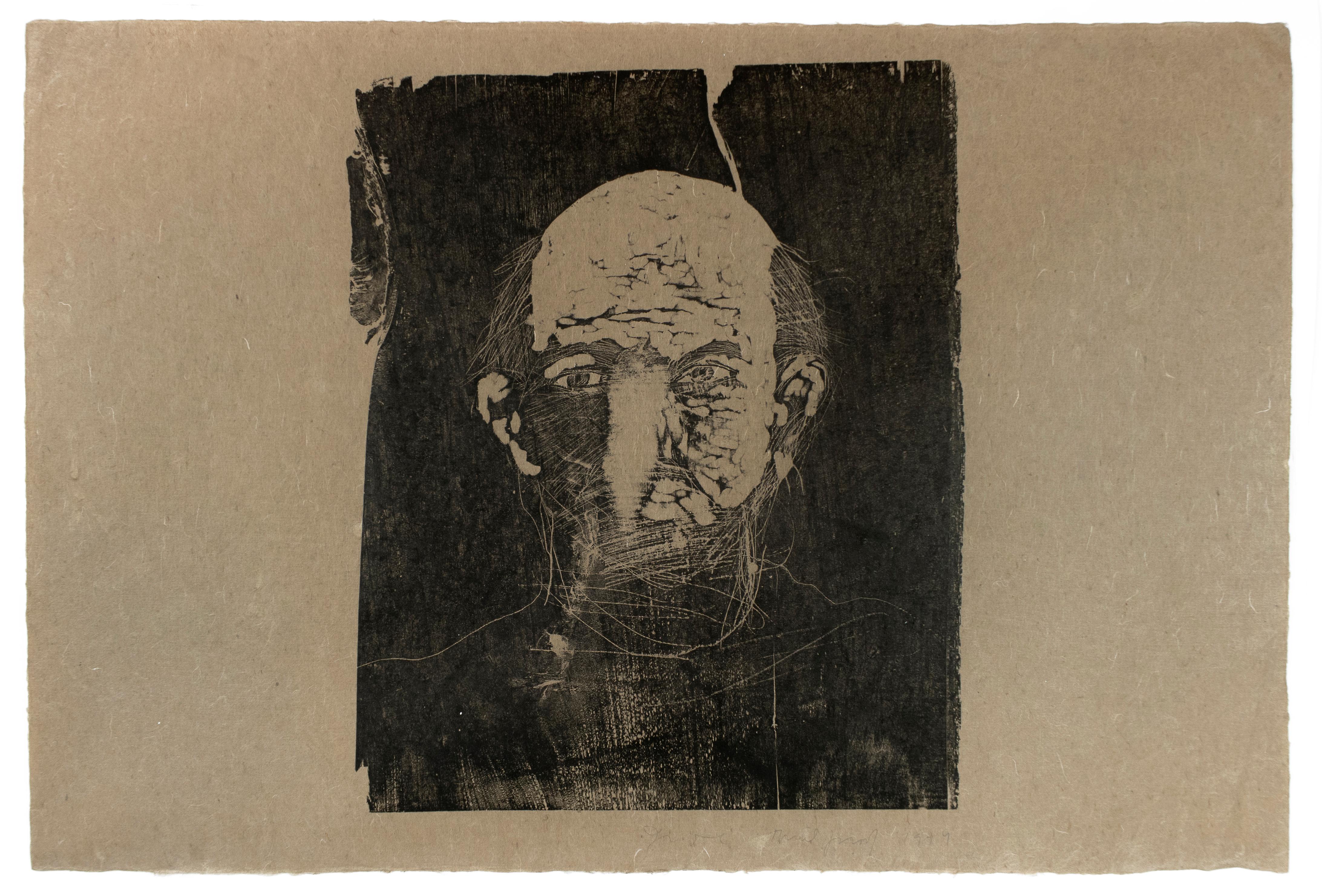 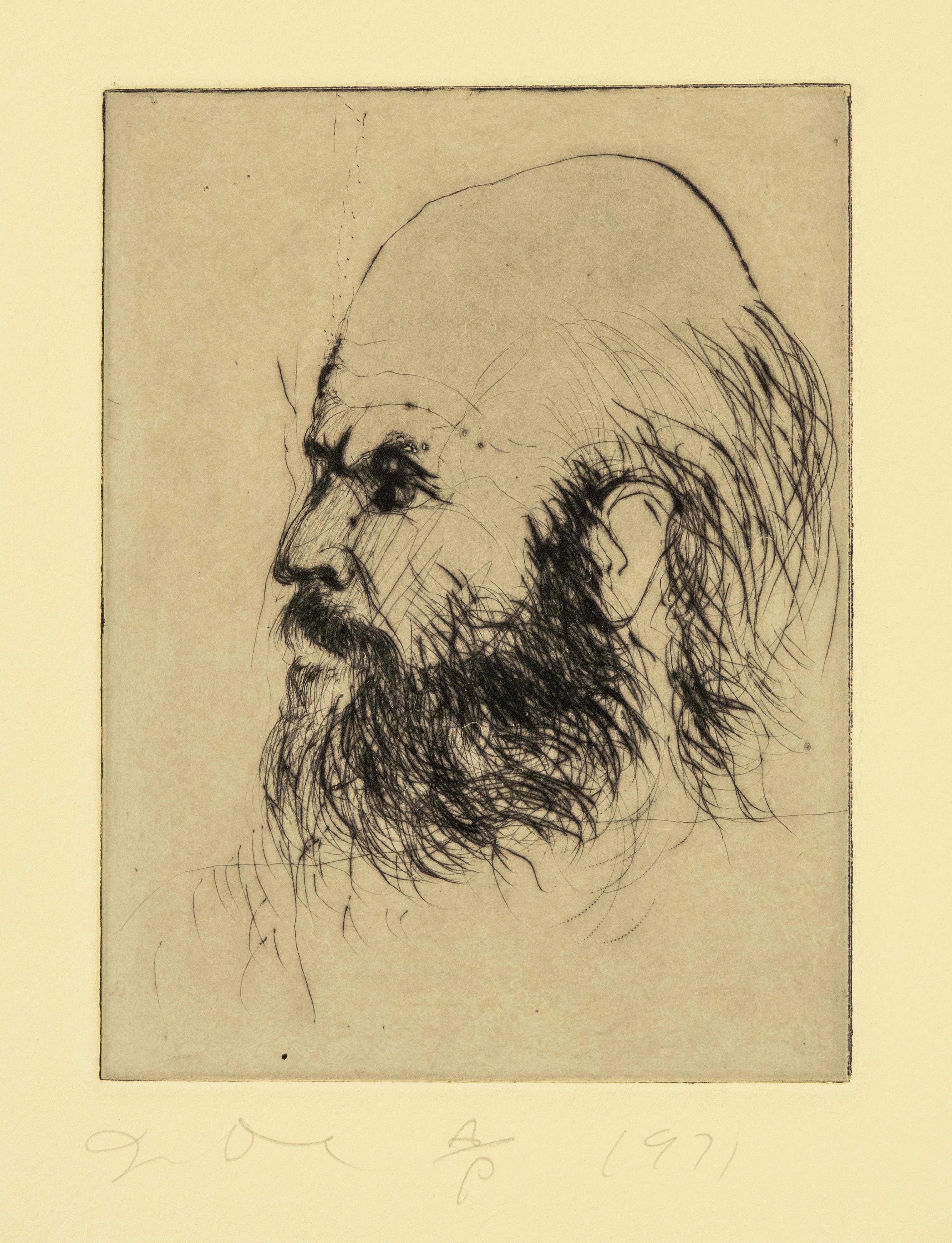 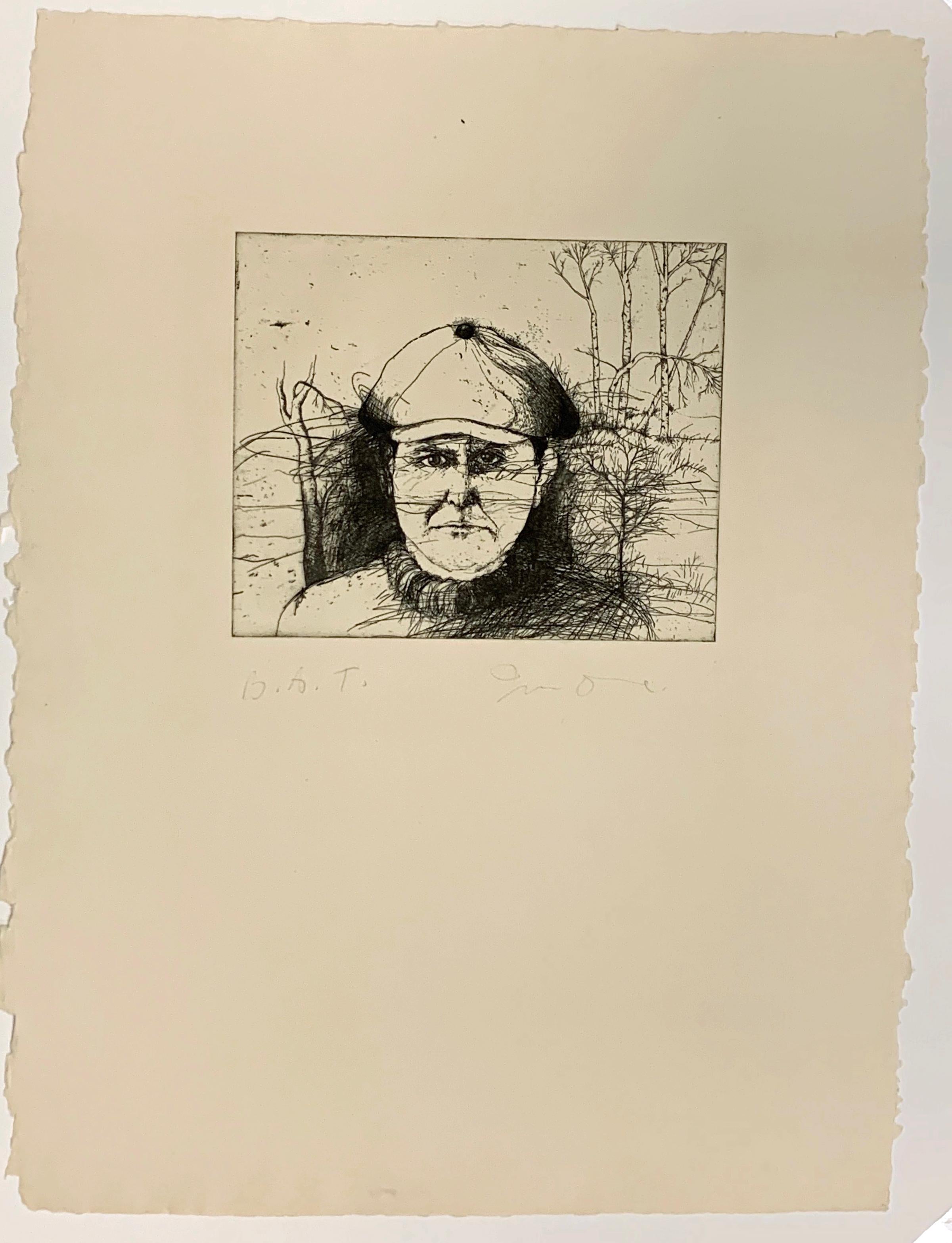 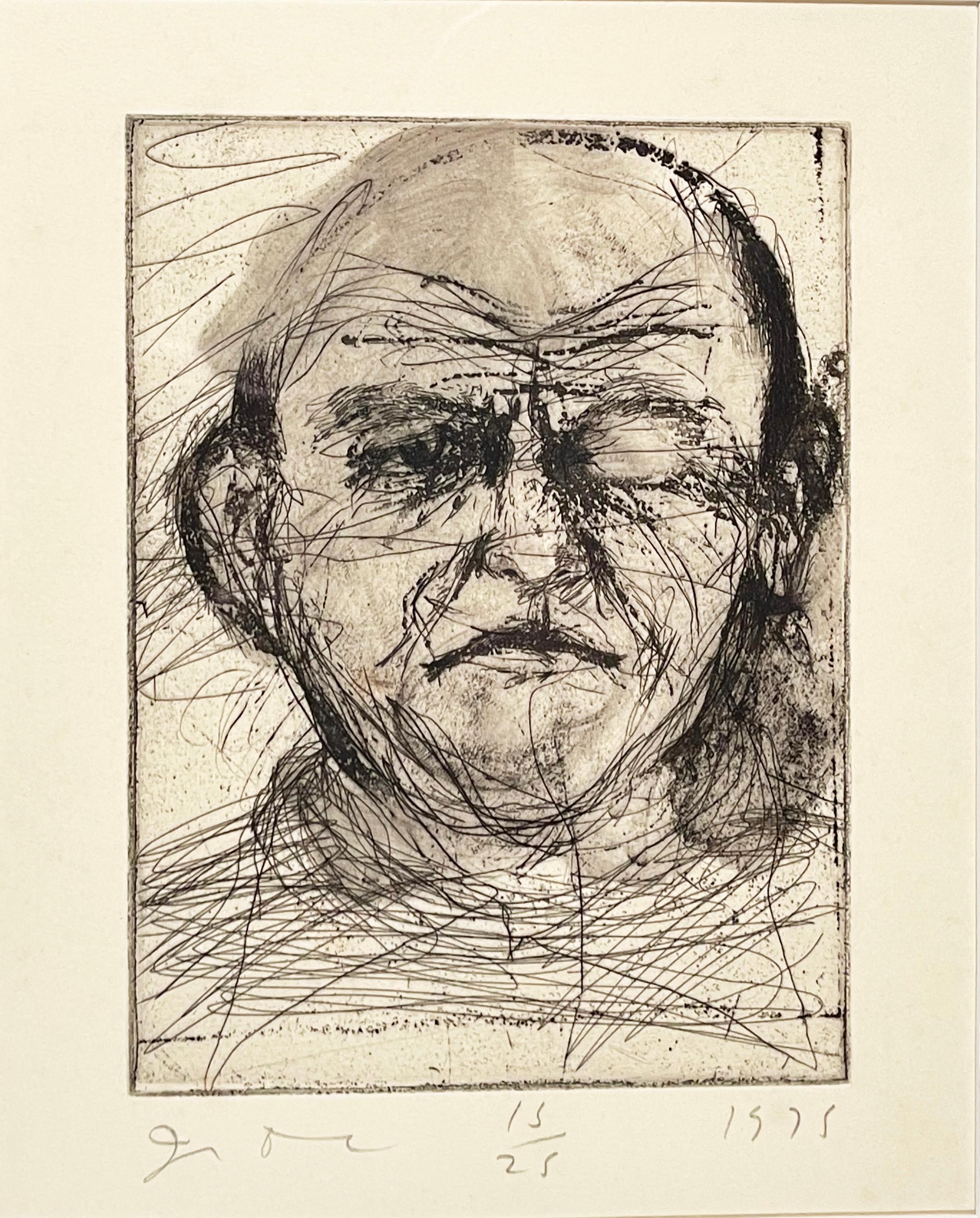 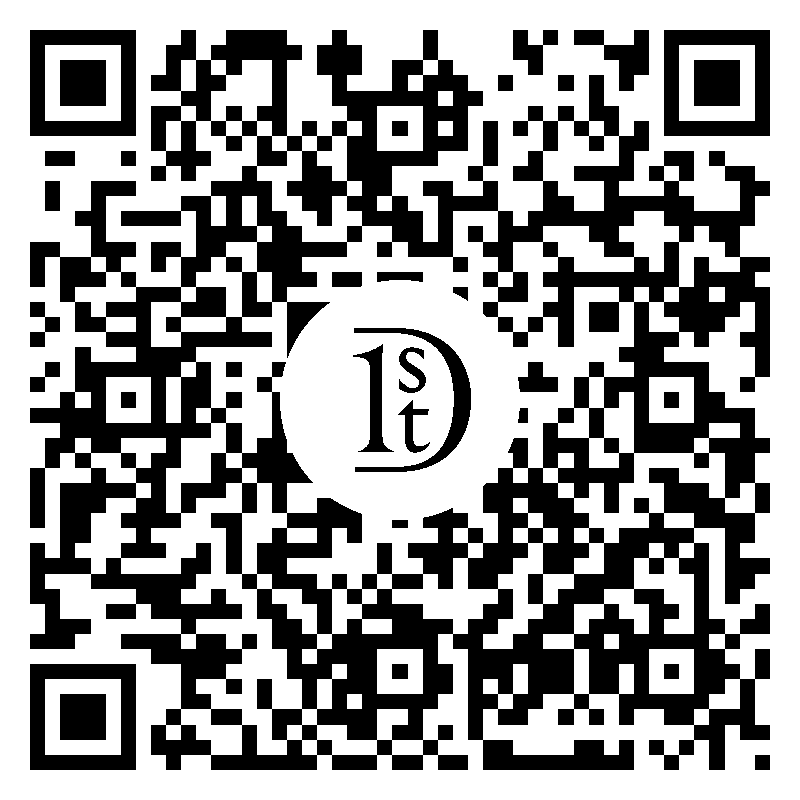 This print depicts a hand adorned with ornate jeweled rings, printed in teal turquoise. Underneath the hand is written “Study for the Rings on Dorian Gray’s Hand”. In Oscar Wilde’s novel The Picture of Dorian Gray, the servants are able to identify Gray’s corpse by the elaborate rings on its hand. Etching by Jim Dine from one of his most important artist’s books – completely designed and illustrated by Dine. Study for the Rings on Dorian Gray’s Hand from “The Picture of Dorian Gray”. Signed proof aside from Edition B (edition 200) and Edition C (edition 100). Signed with initials lower right in pencil. Dine was working on the sets and costumes for a stage version of Oscar Wilde’s famed novel, and when the play did not come to fruition, Petersburg Press proposed that he make a book using his annotated typescript of the play. Dine then drew 12 lithographs illustrating his costume and set designs which are included in the book and an additional 4 etchings, separate from the book, which are included loose in Editions A and C. Dine would go on to be a frequent Petersburg Press collaborator. Catalogue reference: Jim Dine: Complete Graphics with essay by John Russell, Galerie Mikro Berlin Kestner Gesellschaft Hannover Petersburg Press London 1970, 47g The book is in the collection of the Victoria and Albert Museum, London; Cleveland Museum of Art, Cleveland; Albright-Knox Museum, Buffalo; National Gallery of Art, Washington D.C.; MoMA, New York; Harry Ransom Center, University of Texas, Austin 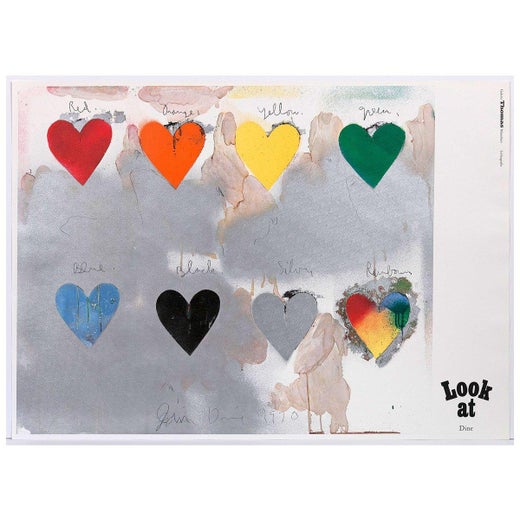 1stDibs Buyer Protection Guaranteed
If your item arrives not as described, we’ll work with you and the seller to make it right. Learn More
About the Seller
5.0
Located in New York, NY
Platinum Seller
These expertly vetted sellers are 1stDibs' most experienced sellers and are rated highest by our customers.
Established in 1968
1stDibs seller since 2019
230 sales on 1stDibs
Typical response time: 2 hours
More From This SellerView All
People Also Browsed
You May Also Like
Featured in Popular ArtistsView All