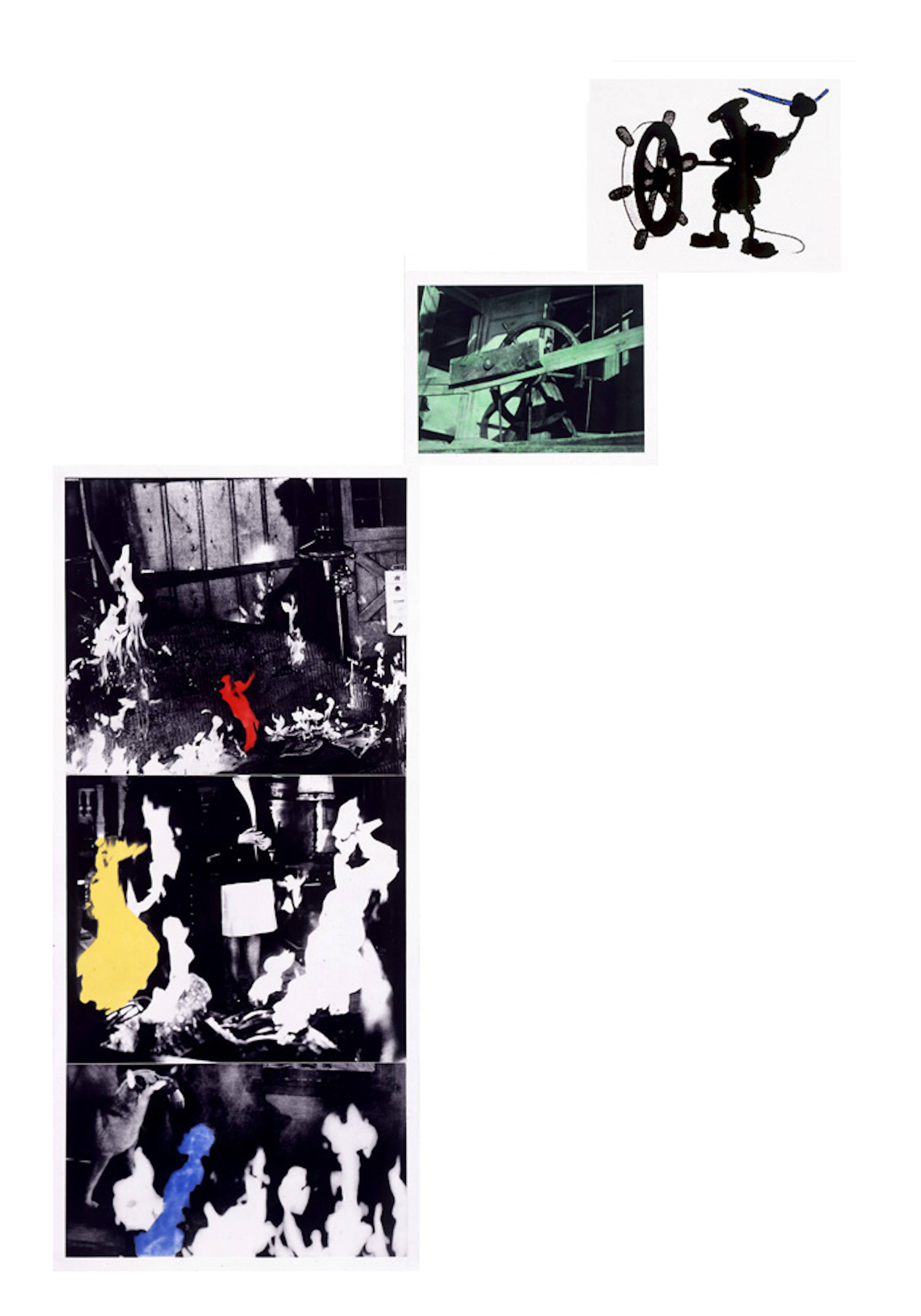 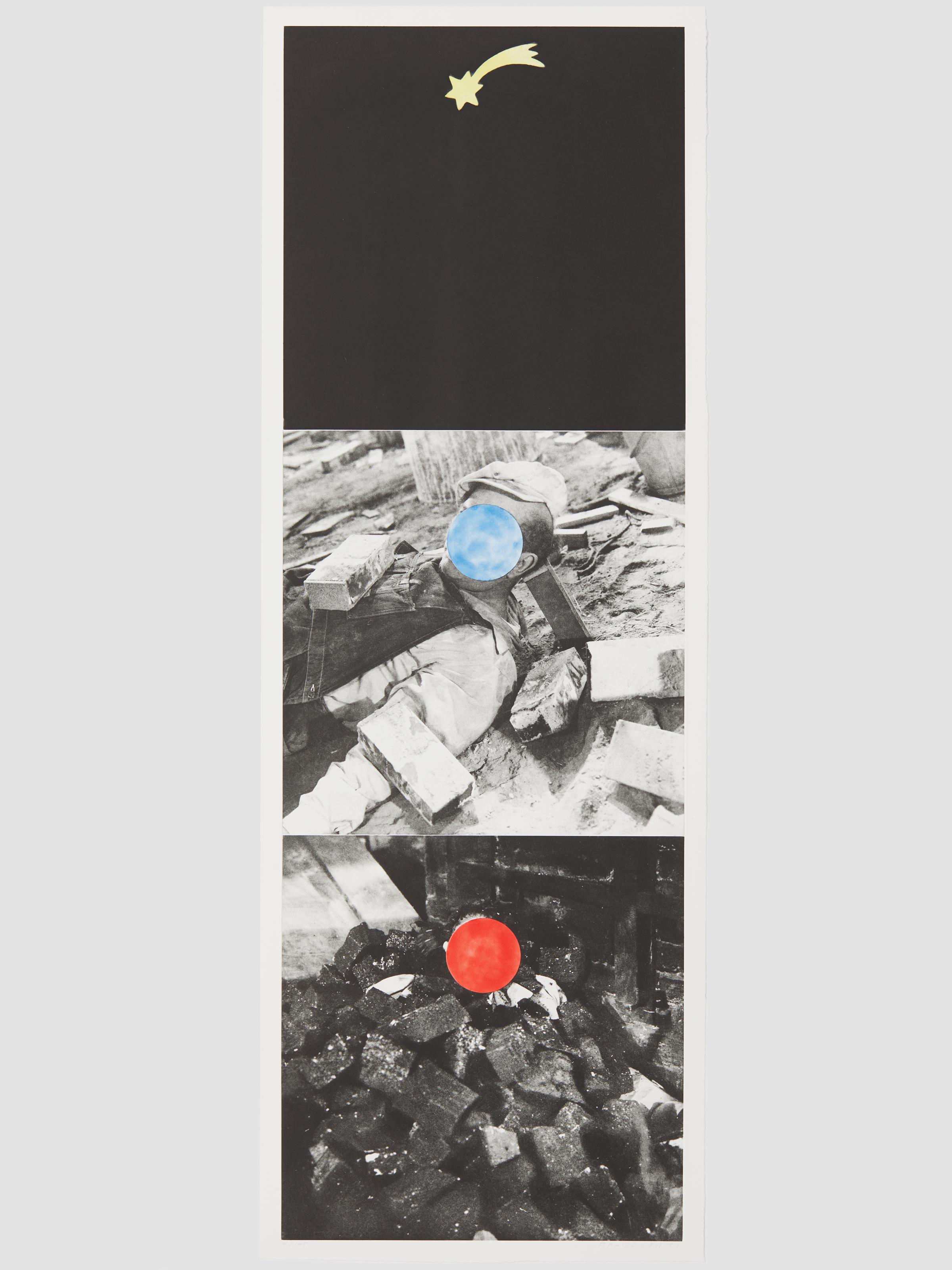 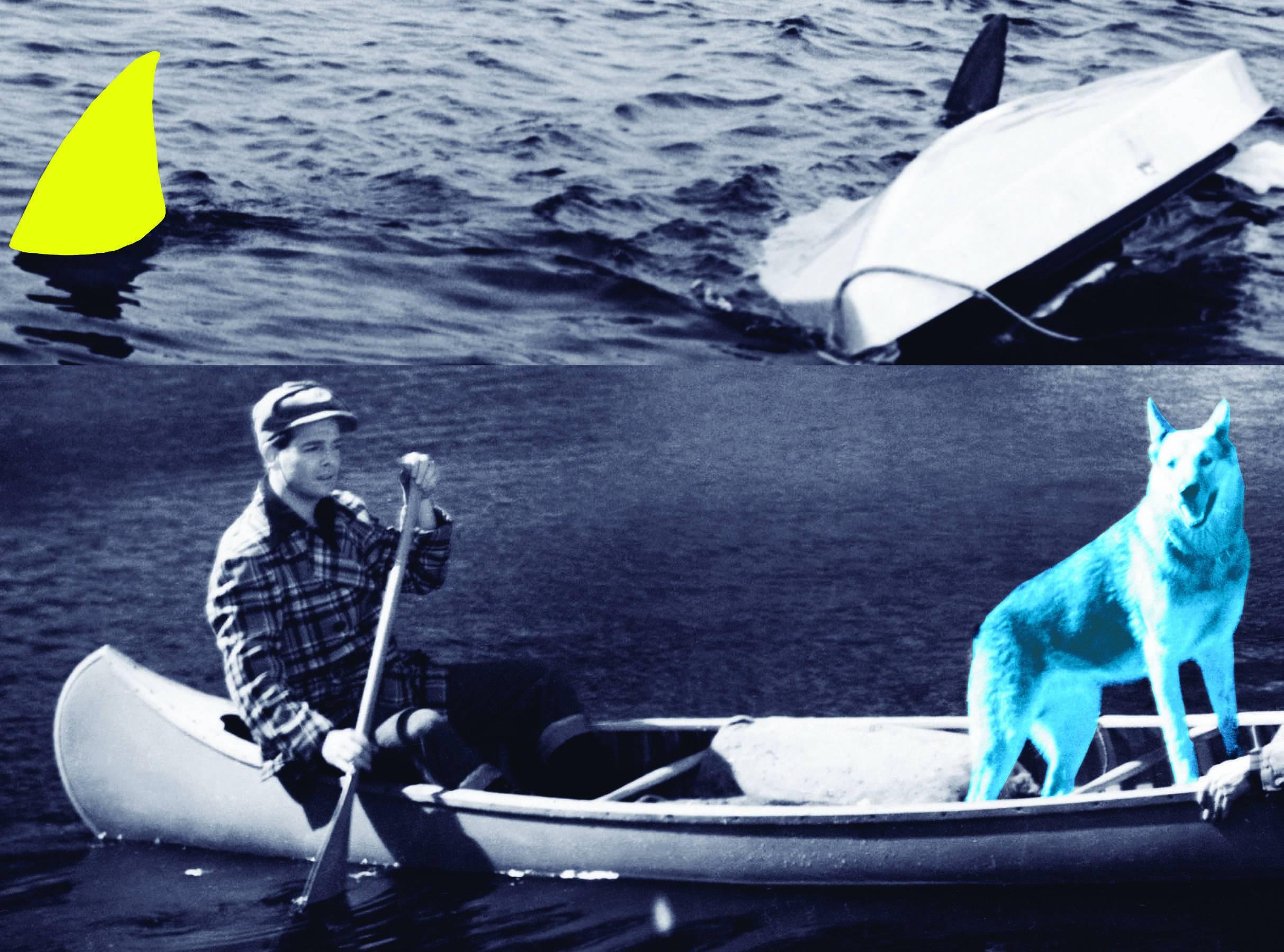 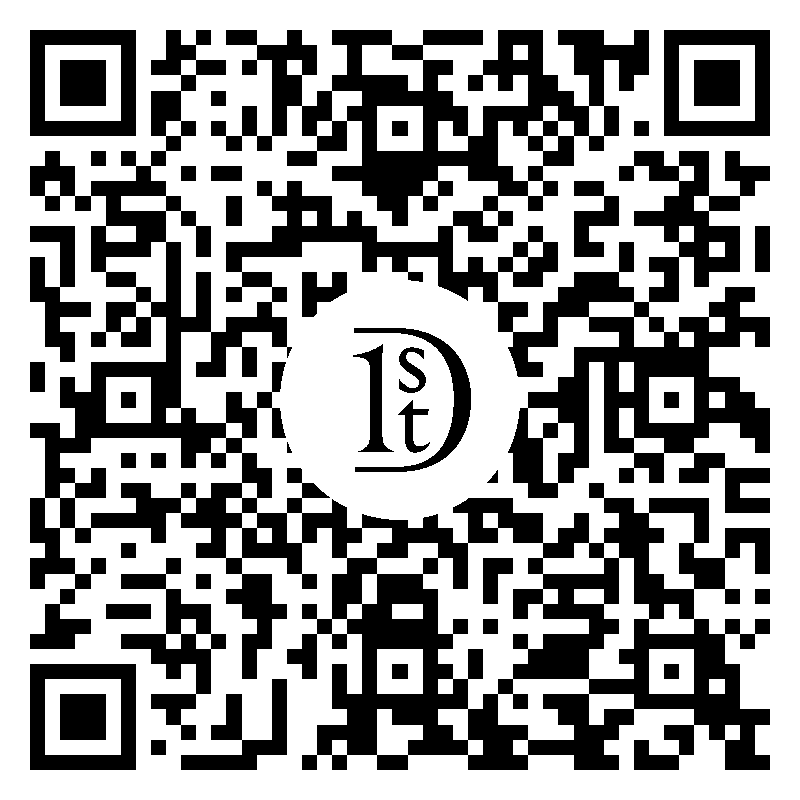 TECHNICAL INFORMATION: John Baldessari Two Figures (One with Shadow), from Hegel's Cellar Portfolio 1986 Photogravure and sugar-lift acquatint on torn Rives BFK deckle, printed almost to the edges 20 1/2 x 19 3/4 in. Edition of 35 Pencil signed and numbered on verso Accompanied with COA by Gregg Shienbaum Fine Art Condition: This work is in excellent condition Frame: Framed ABOUT THE WORK: In 1986, Baldessari's series entitled "Hegel’s Cellar" used stock imagery in montages to examine Hegel’s theory of an “abyss (or cellar) as a psychic space where one perceives[s] images unconsciously”   The idea was brought out while Baldessari was in psychotherapy and he started to let emotion (not his own emotion) into his work. The presence of fear, anxiety, lust, horror, and other states was new, but their frequently jarring context was not; he was on the lookout for the unexpected associations generated by random images in close proximity. ABOUT THE ARTIST: Throughout his career, John Baldessari has defied formalist categories by working in a variety of media —creating films, videotapes, prints, photographs, texts, drawings, and multiple combinations of these. In his use of media imagery, Baldessari is a pioneer "image appropriator", and as such has had a profound impact on post-modern art production. Born in 1931, John Baldessari studied art, literature, and art history at San Diego State College and the University of California, Berkeley. Baldessari initially studied to be an art critic, but growing dissatisfied with his studies, he turned to painting. Inspired by Dada and Surrealist literary and visual ideas, he began incorporating photographs, notes, texts, and fragments of conversation into his paintings. Baldessari remains fundamentally interested in de-mystifying artistic processes, and uses video to record his performances, which function as "deconstruction experiments". These illustrative exercises target prevailing assumptions about art and artists, focusing on the perception, language, and interpretation of artistic images. Allowing pop-cultural artifacts to function as "information" as opposed to "form", Baldessari's works represented a radical departure from, and often a direct critique of, the modernist sensibility that dominated painting for decades. 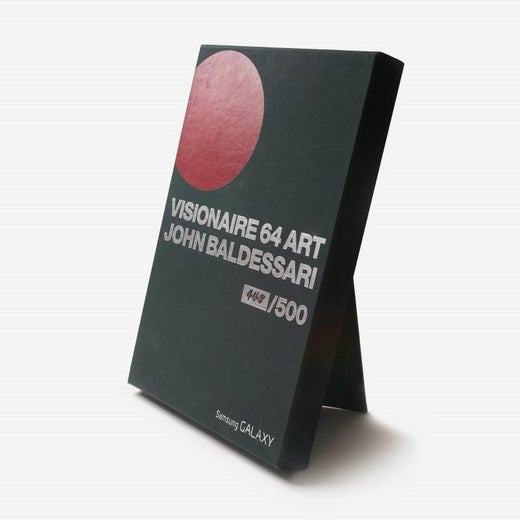 Although conceptual artist John Baldessari is best known for the richly provocative juxtapositions of photographic images and text that characterize his prints and paintings, he actually had something of a traditional art world upbringing — if such a thing exists.

Born in Southern California, Baldessari earned several art degrees, from art education to art history to painting. He also taught art at various institutions such as the California Institute of the Arts throughout his life. Among his many students were David Salle, Tony Oursler, Jim Shaw and Mike Kelley. While helping to shape the art world in Los Angeles, he simultaneously developed his own name as an artist.

In the 1950s, Baldessari’s works were primarily semiabstract paintings, but during the late 1960s, he began to distance himself from painting, as he bristled at the idea of limiting art to a single medium. Baldessari decided to take his career in a dramatically different direction. He burned all his paintings at a funeral home in San Diego, then incorporated the ashes into cookie dough, producing (nonedible) baked goods for an exhibition at the Museum of Modern Art in New York City.

“It was a very public and symbolic act,” he said, “like announcing you’re going on a diet in order to stick to it.”

From that point on, Baldessari took on an MO of experimentation, dabbling in mediums from video to printmaking to sculpture. “I just stare at something and say: Why isn’t that art? Why couldn’t that be art?” he said in an interview in 2008.

The works for which Baldessari is most highly regarded, however, are striking collages of images and text — many of which are seemingly nonsensical — such as Tom’s Hand Grips the Steering, Wheel… (2015), in which the title’s text is displayed beneath a hippopotamus. As such is his body of work: bringing a sense of joviality to the sometimes too-serious world of conceptual art.

About the Seller
5.0
Located in Miami, FL
Vetted Seller
These experienced sellers undergo a comprehensive evaluation by our team of in-house experts.
1stDibs seller since 2017
47 sales on 1stDibs
Typical response time: 10 hours
More From This Seller

Price Upon Request
Falling Star
By John Baldessari
Located in Santa Fe, NM
Falling Star is a 1989-1990 color aquatint and photogravure measuring 62 1/2 x 20 5/8 inches. Falling Star is an iconic example of Baldessari’s playful use of colorful circles to ec...
Category

$8,000
The First $100,000 I Ever Made
By John Baldessari
Located in New York, NY
It is hard to characterize John Baldessari’s varied practice—which includes photomontage, artist’s books, prints, paintings, film, performance, and installation—except through his ap...
Category

Price Upon Request
Four Hands and a Baseball Bat, 2015 Print by John Baldessari
By John Baldessari
Located in New York, NY
This is a black and white archival inkjet print on Canson Infinity paper. Hand signed and numbered by the artist, John Baldessari. To commemorate the 40th anniversary of Lincoln Cent...
Category

John Baldessari
AND ONE SARDINE, 2018