Tony Oursler (b. 1957, New York; lives and works in New York) is best known for his innovative integration of video, sculpture, and performance. While studying at the California Institute of Arts, Oursler was influenced by John Baldessari, who taught him, Mike Kelley, John Miller, and Jim Shaw the importance of the narrative potential of images and the associative power of language. A pioneering figure in new media since the 1970s, Oursler has since explored diverse methods of incorporating video into his practice, breaking video art out of the two-dimensional screen to create moving three-dimensional environments with the use of projections. At the center of Oursler’s practice is a persisting preoccupation with technology and its effect on humanity, and in his immersive installations he presents a dissonance of moving image and sound that seeks to disorient and disarm viewers. His videos often take as their subject the human face, fragmenting and distorting its physiognomy, and thus the legibility of expression, by projecting it onto inanimate objects or embedding it into his sculptures. With these video-sculptures Oursler explores the role that the rapid growth of technology plays in altering, and often inhibiting, human social behavior.

Applied Filters4 results
Artist:Tony Oursler
to
Item Location
4
4
2
1
1
Overall Height
to
Overall Width
to
1
4
4
11,681
3,147
2,532
1,921
3
1
1
1
1
Headless.
By Tony Oursler
Located in New York, NY
Headless. depicts the legendary Headless Horseman of Sleepy Hollow, shown brandishing a jack-o’-lantern and chasing a man on a white horse. This illustration refers to the tale of a ...
Category 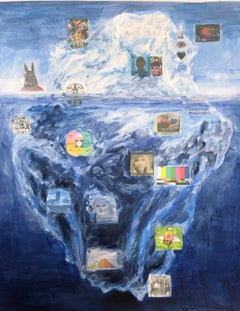 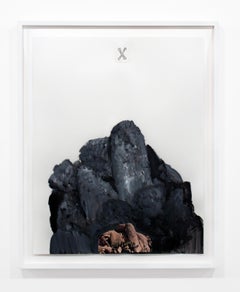