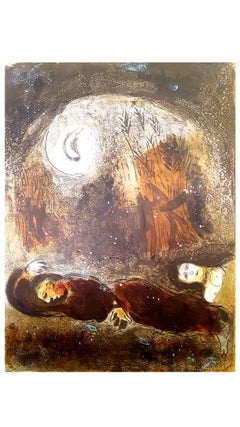 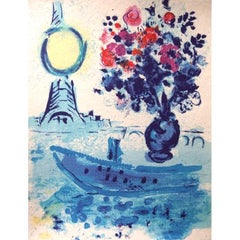 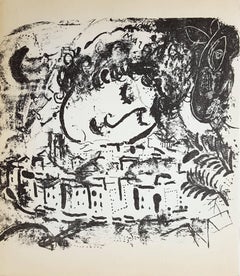 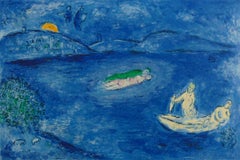 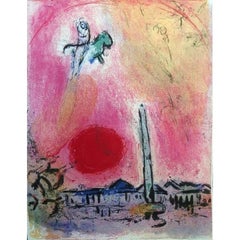 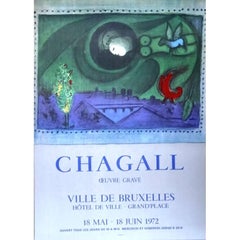 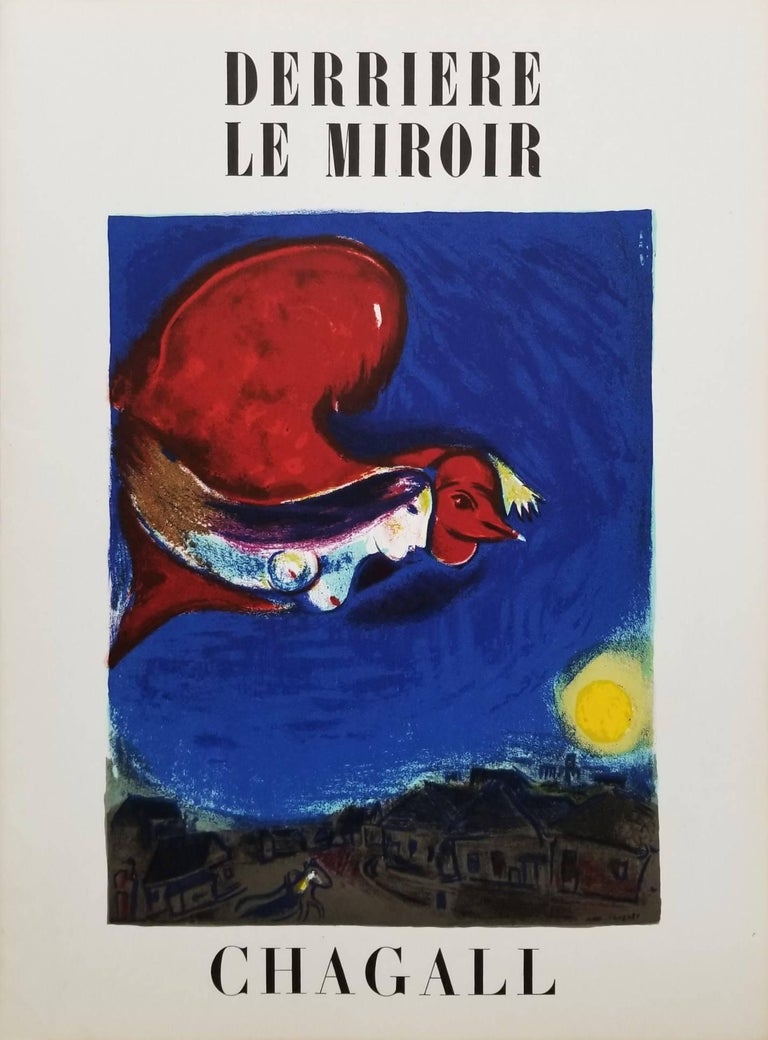 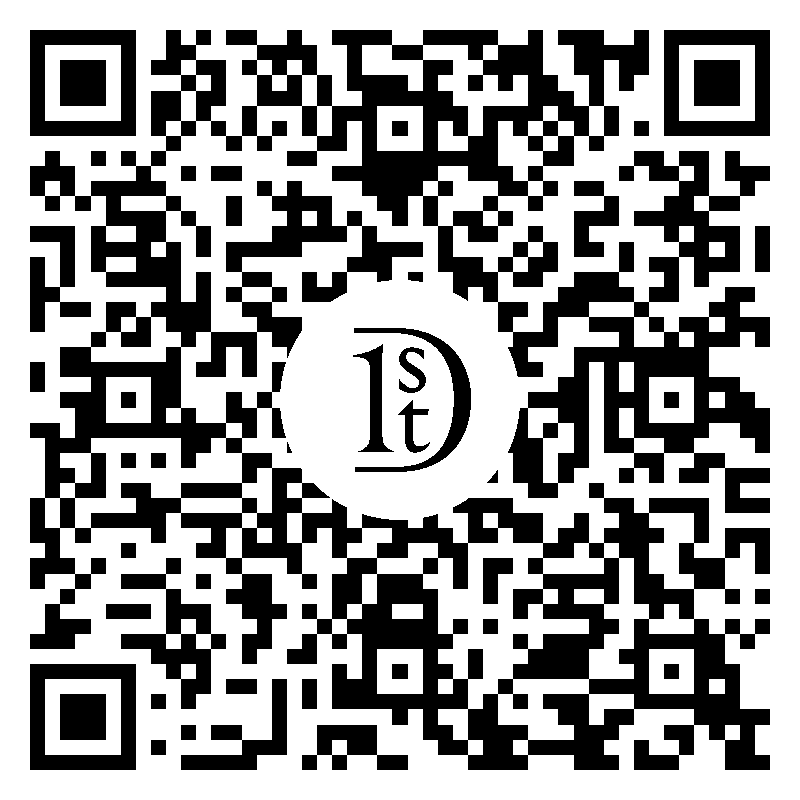 An original lithograph on white wove paper after Russian-French artist Marc Chagall (1887-1985) titled "The Village by Night" (front cover), 1950. Edition size unknown. With centerfold as issued. The image is a handmade lithograph after a painting by Chagall. Edition issued by Galerie Maeght for "Derrière le Miroir No. 27-28" to promote an exhibition of paintings by Chagall at the Galerie Maeght in March 1950. Printed by Mourlot and published by Maeght, both in Paris, France. Sheet size: 15" x 11". Image size: 10.5" x 8". In excellent condition. In October 1945, the French art dealer Aimé Maeght opens his art gallery at 13 Rue de Téhéran in Paris. His beginning coincides with the end of Second World War and the return of a number of exiled artists back to France. The magazine Derriere Le Miroir was created in October 1946 and published without interruption until 1982. Maeght's ambition in establishing his print shop and his publication magazine Derriere Le Miroir was to make available to a broader audience less expensive printed imagery by the artists of his time, many whom were represented by his Paris gallery. Its original articles and illustrations (mainly original color lithographs by the gallery artists) were famous at the time. The magazine covered only the artists exhibited by Maeght gallery either through personal or group exhibitions. Among them are (in alphabetical order): Henri-Georges Adam, Pierre Alechinsky, Bacon, Jean Bazaine, Georges Braque, Pol Bury, Alexander Calder, Marc Chagall, Roger Chastel, Eduardo Chillida, Alberto Giacometti, Vassily Kandinsky, Ellsworth Kelly, Fernand Léger, Lindner, Henri Matisse, Joan Miró, Jacques Monory, Pablo Palazuelo, Paul Rebeyrolle, Jean-Paul Riopelle, Saul Steinberg, Pierre Tal-Coat, Antoni Tapies, Raoul Ubac, Bram van Velde. Marc Chagall was a Belorussian-born French artist whose work generally was based on emotional association rather than traditional pictorial fundamentals. Marc Chagall was born in Belarus in 1877 and developed an early interest in art. After studying painting, in 1907 he left Russia for Paris, where he lived in an artist colony on the city’s outskirts. Fusing his own personal, dreamlike imagery with hints of the fauvism and cubism popular in France at the time, Chagall created his most lasting work—including I and the Village (1911)—some of which would be featured in the Salon des Indépendants exhibitions. After returning to Vitebsk for a visit in 1914, the outbreak of WWI trapped Chagall in Russia. He returned to France in 1923 but was forced to flee the country and Nazi persecution during WWII. Finding asylum in the U.S., Chagall became involved in set and costume design before returning to France in 1948. In his later years, he experimented with new art forms and was commissioned to produce numerous large-scale works. Chagall died in St.-Paul-de-Vence in 1985.

Marc Chagall
Christ in the Clock, 1957

$600
Christ in the Clock
Saint Augustine, FL
Marc Chagall
1950s Modern
Lithograph
View All from Seller
You May Also Like