A prolific poster artist of the Art Deco period, Achille Mauzan is known for his humorous design and brilliant use of color.

He was born in France in 1883, and studied at the École des Beaux-Arts de Lyon. In 1905, he moved to Italy and began a career in the film industry where he designed posters for programs and movies, including the famous serial Les Vampires: Les yeux qui fascinent (The Vampires: Hypnotic Eyes) in 1916. He later co-founded a publishing house, Mauzan-Morzenti Agency, which produced posters for prominent products and beverages companies.

Mauzan moved to Buenos Aires in 1927, and then to France in 1933 where he worked for the Société Générale de Publicité (General Advertising Company) and Paris-Affiches (Paris-Posters). He later moved back to his hometown Gap, Hautes-Aples. Throughout his career, he produced over 2,000 Art Deco posters. Although best known for his posters, he was also an engraver, painter, and sculptor. 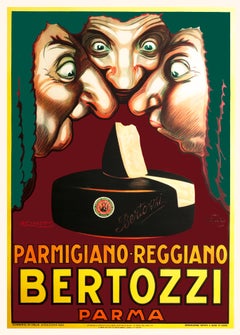 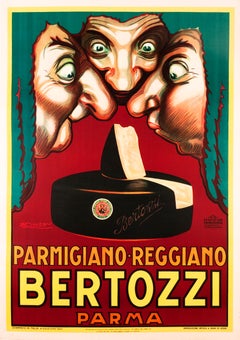 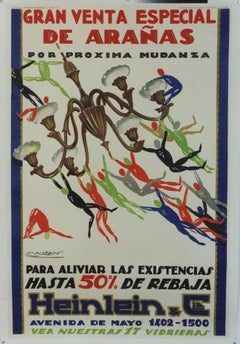 Previously Available Items
"Bertozzi Parmigiano-Reggiano" Original Vintage Food Poster
By Achille Luciano Mauzan
Located in Boston, MA
Mauzan's close up of three men's noses and intently focused eyes on a wheel of parmesan cheese is one of the classics of all poster art. As the master of the most creative caricatur...
Category