Alan Parker was born in the small town of Harvard, Nebraska in 1916. From an early age, he was interested in art and music. After graduating from the University of Nebraska in 1937 with a degree in art, he continued with postgraduate studies, while working as a teaching assistant, for another two years. His first job after university was as art director for a 27-branch chain of department stores, from 1939 to the end of 1941. From 1942 to 1946, Parker served as a naval officer in command of a sub-chaser and rescue boat off the east coast of Florida. During this period, he married Beatrice Lucille Ford, a writer from his hometown. After his service in the navy, the couple moved to Hastings, Nebraska, where Parker returned to his painting and, with the assistance of Beatrice, published a book about James Joyce. After another brief stay — in Greenwich Village, New York City — the couple moved to the Monterey Peninsula on the central coast of California, where they built a house and studio of Parker's design, high in the seaside Carmel Highlands. For the next 40 years, Parker quietly painted in his studio overlooking the Pacific Ocean. During his time in California, Parker's work evolved in four basic directions, or veins, as he called them. The first, the "Facade" series, studied color relationships in very simple formats, usually that of a checkerboard. The second and third groups, which he developed concurrently, were the "Wave" and "Concentric" series. The "Wave" works, to quote Parker, "are principally designed to put together two different elements, white and black, cold and hot, and let them interact and interchange so that one becomes the other by interchange of position and proportion.” The "Concentric" group of works were characterized by regular or irregular shapes, positioned one within the other in a concentric fashion. "Through the constantly changing relationship of color — hue, tone, and saturation intensity within these shapes, the paintings tend to optically move, to rotate, and even to pulsate in and out." The last major vein was the "Spectral" series, in which Parker studied the transition of colors through the visible spectrum.

Towards the end of his painting years, he began the study of what he at least once referred to as "Geometric Orphism." This was an interpretation of classical and Renaissance works, mostly black and white, into Cubist-like rich color compositions. This final phase of his studies produced several large paintings, none of which have yet to been seen by the public. Over the course of his career, Parker executed several large painted murals, and sculptures evolved from paintings, on commission for public buildings. During his active painting years, he occasionally provided color guidance to local architects' projects, taught classes in painting and conducted seminars in aesthetics at the University of California, Santa Cruz. In 1988, Parker moved with Beatrice to a retirement village in Oregon. His health declining, he did no further painting, but spent his time reading and playing J.S. Bach on his harpsichord. He died in 1993, followed by Beatrice in 1996. Upon the death of Alan and Beatrice Parker, most of Parker's works of art, unpublished professional writings and personal effects were willed to his friend, Serafino Hugo Bianchini, an architect of Monterey, California, who has since preserved, cataloged and photographed the works of Alan Parker, and, when possible, arranged for their public exhibition.

Alan Parker's works have been seen in group exhibitions at the Whitney Museum of American Art in New York City; at Art/USA in New York City; at the Museum of Modern Art and the Palace of the Legion of Honor in San Francisco; at the municipal art museums of Denver and Colorado Springs; and at numerous smaller art museums of cities, colleges and universities around the country. One-man exhibitions were given at the Monterey Museum of Art in 1976, at the Santa Barbara Museum of Art in 1968 and at several smaller municipal and college museums on other occasions. Major public works include a mural at the University of Nebraska at Lincoln; and, in the central California coastal area, a painted mural at a school in the city of Seaside; a tile mural at Juvenile Hall in Salinas, and a 30-by-10-foot concrete relief sculptural mural in the lobby of the County Courthouse in Salinas. 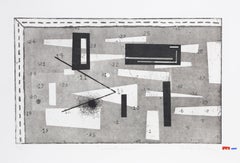 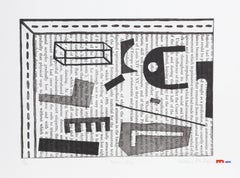 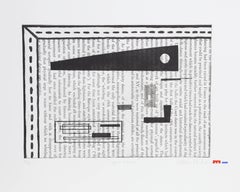