Albert Anderson Clymer, a Denison-reared realist, whose goals were once set on an architectural career, has painted a path to fame since trading his T-square and drafting board for an artist brush and canvas. Intent on pursuing a career in architecture, Clymer began studies at Texas A&M University. After becoming aware of design through architecture courses, he discovered art through architecture, experimenting with painting. It was also through architecture that Clymer was introduced to acrylics, a water-based medium that is quick-drying and easy to clean. He borrowed design concepts along with the acrylic paint from architecture and then added innovative touch-painting on masonite fiberboard to create his style. He was fascinated by the fiberboard because of its ability to draw water quickly, producing different visual effects. Once Clymer realized he liked to paint and could make a living at it, he abandoned architecture in 1967 to become a professional artist. The transition was an easy one because it fit in with his life goals. “I wanted to be self-employed — to have absolute freedom,” said Clymer. “Freedom to stay at home when I wanted to. Freedom to go to Europe when I pleased and freedom to create something that could be cherished.”

Clymer’s dreams became a reality when art critics gave his work favorable reviews. He achieved national recognition through a series of 187 one-man shows and assorted awards in California, Texas, New York and Paris. His paintings are represented in numerous private, corporate and museum collections, and he has been reviewed twice by La Review Moderne Des Arts, Playboy Press and in numerous newspaper articles. Clymer’s artworks have not only drawn rave reviews but have also earned him inclusion in the prestigious Who’s Who in American Art and Men of Achievement. 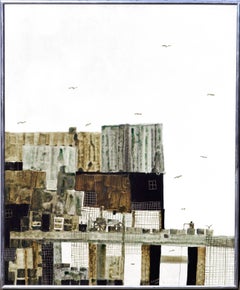 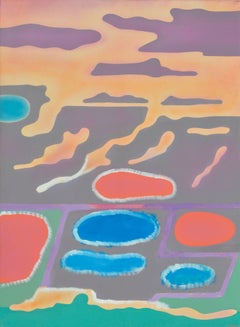