Alberto Chiancone was an Italian painter. Born in Porto Santo Stefano in Tuscany, he moved to Naples when he was an adolescent. He enrolled at the Regio Istituto d’Arte, working under Lionello Balestrieri. Chiancone earned a diploma in Decorative Painting and Graphic Arts in 1923. In the same year, he also won an award at the Mostra Internazionale di Arti Decorative Biennale of Monza. Chiancone collaborated with a group of artists calling themselves the Gruppo degli Ostinati (Group of Obstinates), including Balestrieri, Franco Girosi, Giovanni Brancaccio, Eugenio Viti, and Francesco Galante, meeting at the Caffè Tripoli at Piazza del Plebiscito. In 1929, he participated at the first Fascist Union’s Show of Campania and the International Exposition of Barcelona. Chiancone exhibited regularly at the Venice Biennale from 1930–48. 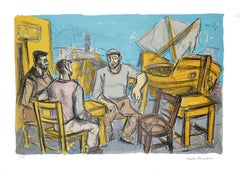 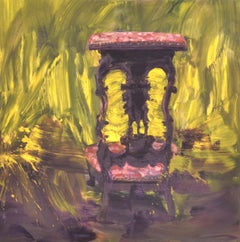 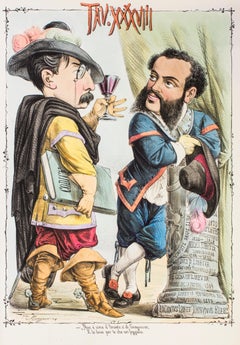 The Old Pier at Littlehampton - Lithograph on Paper by J. Cousen - Mid-1800
By John Cousen
Located in Roma, IT
Category

Antonio Ranieri - Lithograph by A. Maganaro - 1872
By Antonio Manganaro
Located in Roma, IT
Category

Puritani di Sinistra - Lithograph by A. Maganaro - 1870s
By Antonio Manganaro
Located in Roma, IT
Category