Bernard Chaet was a renowned artist and educator who was a professor of art at Yale University for nearly four decades. Originally from Boston, where he studied at the School of the Museum of Fine Arts, Chaet divided his time between New Haven, CT and Rockport, MA, a seaside community north of Boston. Rockport and the surrounding area were a continuing source of inspiration for Chaet’s paintings of interiors, still lifes and seascapes. Chaet is known for his colorful, dynamic modernist paintings and masterful draftsmanship, his association with the Boston Expressionists and his 40-year career as a Professor of Painting at Yale University. His works also include watercolors and prints. A lifelong aficionado of jazz music, Chaet translated that art form’s sense of rhythm and improvisation into his painting. In addition to his teaching, Chaet was the author of the seminal book The Art of Drawing. His work has been exhibited widely throughout the U.S. and Japan and is represented in numerous museum collections including the Museum of Fine Arts, Boston, the Brooklyn Museum, the Chicago Art Institute and the Hirshhorn Museum among many others. Chaet received numerous honors during his lifetime, including grants from the National Academy of Design and the National Foundation of the Arts and Humanities, as well as a “Distinguished Teaching of Art” award from the College Art Association.

(Biography provided by The Exchange Galleries)
Applied Filters2 results
Artist:Bernard Chaet
Item Location
2
Height
to
Width
to
1
2
1
1
2
10,081
2,538
2,416
1,869
2
2
1
1
1
"Sunrise" Bernard Chaet Oil Painting of Ocean Sunrise in Cape Ann
By Bernard Chaet
Located in Danvers, MA
A prolific landscape painter, Bernard Chaet is known for his fluidity and gestural spontaneity in paint along with vivid color choices. "Sunrise" is a quintessential work by Chaet as...
Category

Cow Studies
By Bernard Chaet
Located in New York, NY
Charcoal drawing with splashes of oil paint of cows by Bernard Chaet, pencil-signed lower left "Cheat 66." Chaet was a renowned artist and educator who was a professor of art at Yale...
Category 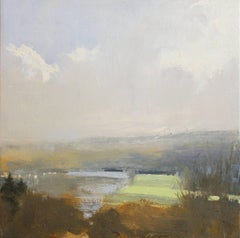 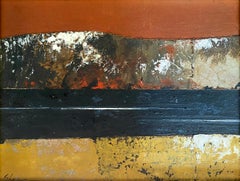