After Léon’s death, in 1914, his son Gaston continued along his father’s trajectory. An early fan of aeronautics, Gaston introduced one of the first wrist-worn chronographs, a welcome upgrade for pilots used to executing complex maneuvers while juggling a pocket watch.

In 1934, Gaston’s son Willy made another leap in the chronograph’s evolution, patenting the first wristwatch with two pushers — one to start and stop elapsed time and one to reset — a feature now taken for granted.

But perhaps the most significant development under Willy’s leadership was the Chronomat watch. Introduced in 1942, it featured a patented rotating slide-rule bezel for making calculations on the fly. This innovation led to the 1952 creation of the brand’s signature timepiece: the Breitling Navitimer.

Designed in partnership with the Aircraft Owners and Pilots Association, it was adopted as the official watch of the AOPA in 1959 and remains the world’s most iconic pilot’s watch. Not content to rule just the air, Breitling developed dive watches as well, including the Superocean, released in 1957, and the Transocean, which followed in 1958. The house also took its show on the road, producing dashboard clocks and then watches in partnership with luxury automaker Bentley.

The Navitimer, however, still reigns supreme among pilots everywhere. Given the stature earned by Top Gun since its release — as well as the excitement around Top Gun: Maverick — it's never too late to pick up a vintage Breitling Top Gun Navitimer, displaying the official logo of the United States Navy Fighter Weapons School, for yourself or your favorite wingman.

Find a range of Breitling watches on 1stDibs.

Iconic Designs from Breitling
Explore timeless pieces that have earned their place in history. 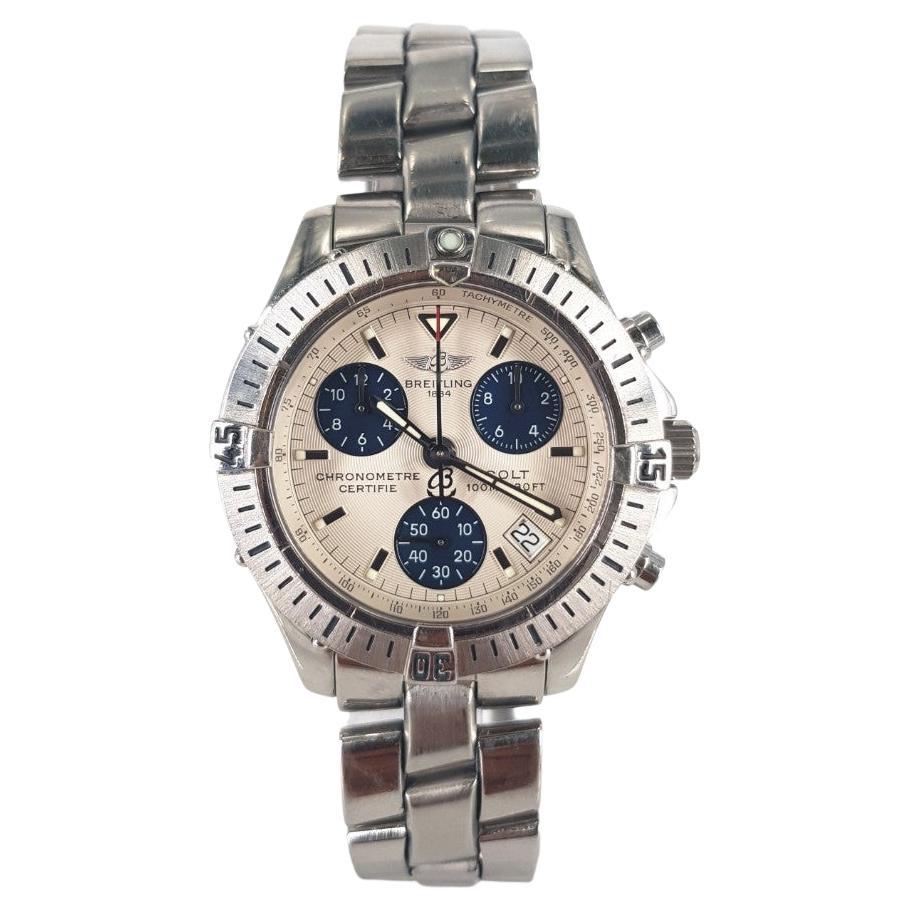 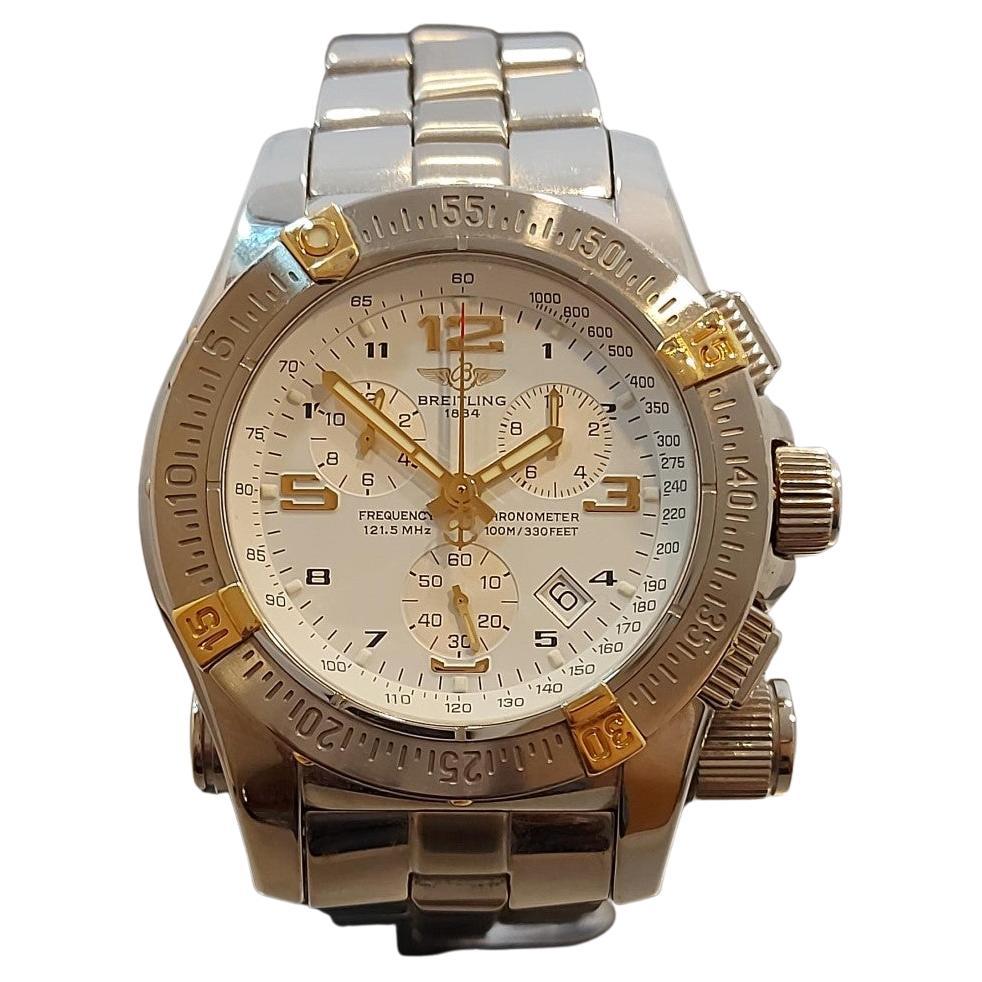 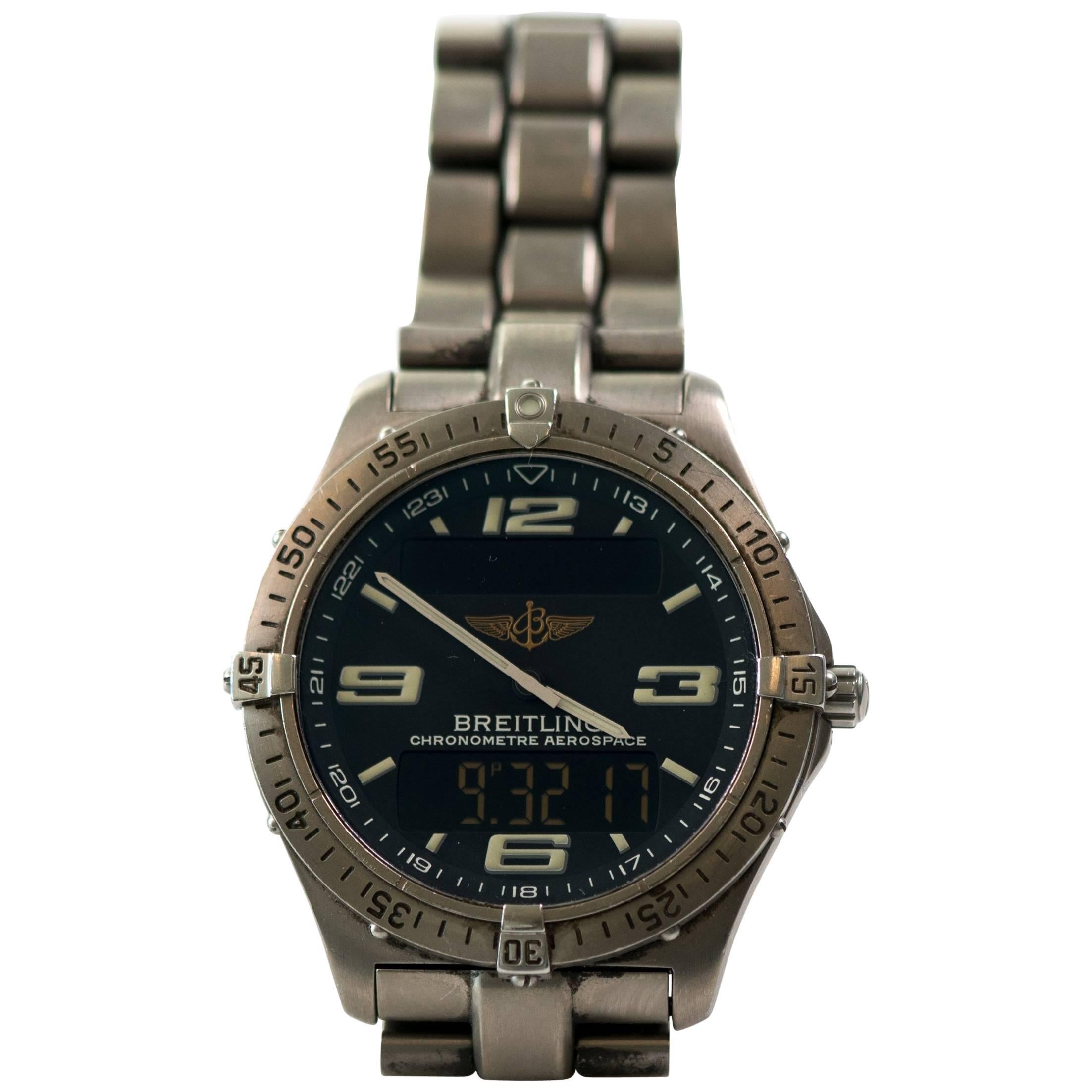 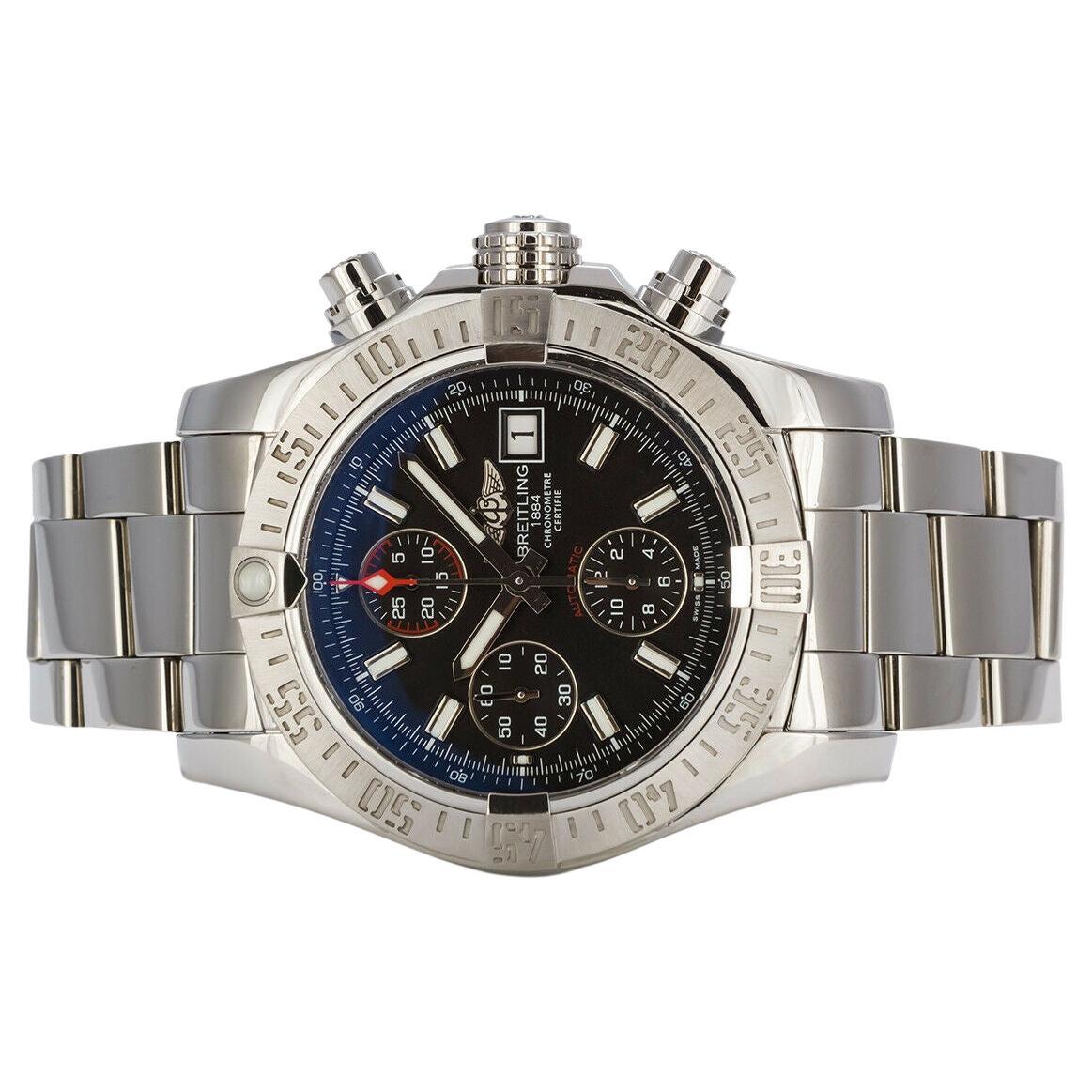 Breitling Navitimer 1 B01 Chronograph 46 Blue Dial Watch AB0127211C1A1
By Breitling
Located in Southampton, PA
A timeless classic with a modern appeal, the Navitimer B01 Chronograph 46 is your no-nonsense tool watch that can handle almost anything. It is equipped with the highly reliable Cali...
Category

1stDibs offers a range of Breitling jewelry and watches. Each of these unique items has been designed with extraordinary care, often using steel. While looking for the most stylish antique or vintage Breitling jewelry to pair with your ensemble, you’ll find that Breitling diamond jewelry & watches can add a particularly distinctive touch to your look, from our inventory of 7. This collection contains 385 pieces as well as a number of other designs by this jeweler. modern and contemporary are among the most popular styles of Breitling jewelry & watches available on 1stDibs. While this collection reflects work that originated over various time periods, most of these items were designed during the 21st Century and Contemporary. Many customers also consider jewelry & watches by Audemars Piguet, Piaget and TAG Heuer if you’re looking for additional options. Prices for Breitling watches and jewelry can vary depending upon gemstone, time period and other attributes. Price for these items starts at $275 and tops out at $41,500, while pieces like these can sell for $5,153 on average.