Carmie K. Acosta was born and raised in San Antonio. By day he works as a synthetic organic chemist specializing in steroid synthesis. His foray into woodturning began in the year 2000 when his father passed away. Growing up, he was surrounded by woodworking and the associated woodworking tools. In his retirement years, his father became a prolific woodturner. While he never actually taught Acosta to turn, he got a feel for it by observing. Upon his death in 2000, his father had a mostly completed piece on the lathe which Acosta parted off and finished at the bottom. Before that, the last time Acosta had turned wood was eighth grade shop class. Shortly thereafter, he began to turn his pieces and in no time, became addicted. He works mainly with native Texas woods, mesquite being his favorite. In addition to mesquite, he's worked with pecan, mountain laurel, plum, honey locust, cedar elm, hackberry, arizona ash, bois d'arc, peach and an occasional piece of FOG wood. Most of the wood he turns is salvaged from woodpiles or tree trimmings. Acosta finds it particularly challenging to turn pieces of wood that most turners throw in the burn pile. None of Acosta's turned pieces are identical, as no two pieces of wood are the same. “The art of turning is being able to see the bowl or vessel that lies in that spinning chunk of wood.” 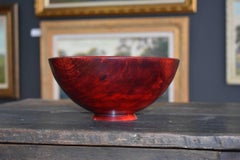 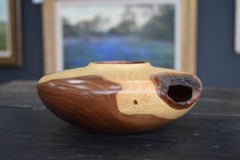 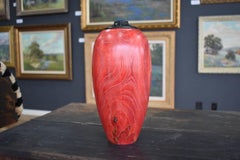