Curt Beckmann, sculptor and draughtsman, studied at the Kunstakademie Düsseldorf with Hubert Netzer and Richard Langner. After stays in Italy and Paris, he went to Hamburg, where he stayed until 1950 and then he returned to Düsseldorf. He was a member of the Rheinische secession in the Young Rhineland, the KünstlervereinMalkasten, the Westdeutscher Künstlerbund and the Association of German Artists. After the war, Beckmann lived for some time in a studio in Alsterdorf, where he worked in close contact with the family of a playwright Wolfgang Borchert who named the protagonist of his play The Man Outside after Beckmann. In Düsseldorf and Hamburg, he was associated with Hermann Blumenthal, Kurt Lehmann and Gerhard Marcks. Beckmann was represented in numerous public galleries including, the National Gallery in Berlin. Beckmann was married twice and had six children. His second wife was the painter Babette Beckmann from Hamburg. 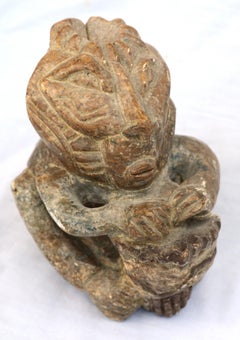 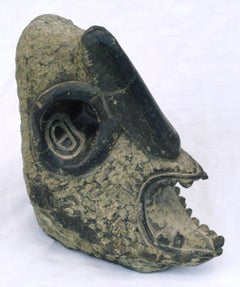 A Girl and Her Horse - Bronze Sculpture - Edition of Six
By Derek Wernher
Located in Soquel, CA
Category

Derek Wernher
A Girl and Her Horse - Bronze Sculpture - Edition of Six, 1979

Torso of A Woman Sculpture
By Doris Warner
Located in Soquel, CA
Category