Georges Mathieu was born at Boulogne-sur-Mer (Pas-de-Calais) in 1921. Mathieu studied literature and philosophy at Lille University before switching to art at the age of twenty-one. He taught English at Douai High School and French at the American University of Biarritz. After an interest in realistic landscapes and portraits, Mathieu developed a distinctive Abstract Expressionist style, which grew out of an emotionally driven, improvised, and intuitive act of painting. In 1946 his first exhibition was presented at VI Salon de moins de 30 ans at the Galerie des Beaux-Arts in Paris. His first personal exhibition was in 1950 at the Galerie René Drouin. In 1947 Mathieu worked with Camille Bryen to organize a tachist-oriented exhibition, which he designated as ‘non-figuration physique’. His painting defined ‘lyrical abstractions’, goes beyond traditional and formal constraints of regulative systems, placing Mathieu with Fautrier and Dubuffet as an important exponent of French Informel, as defined by the French art critic Tapiè. Up to 1951, Mathieu continued to organize group shows to demonstrate his interest in Jackson Pollock’s spontaneous gestural handling of paint. In those years he, among his numerous exhibitions, organized an event to show the difference between American and European painting styles at the Montparnasse Gallery.His artworks were appreciated internationally and exposed in London and New York. His first paintings were defined tachists by critics because of the artist’s use of lumps of color (tache, in fact, means stain) directly applied on canvas. His works are apparently confused but they all have a central axis from which curves and lines develop in a planned way.In 1950 his projects were no more focused on signs but on painting gestures and quickness. His painting was intuitive and irrational. From 1954 Mathieu staged the painting of large-scale works as theatrical events, culminating in utilizing 800 tubes of paint to create a painting measuring 4 x 12 meters in front of an audience of 2000 at the Théâtre Sarah-Bernhardt in 1956. Somewhere between Happening and Action Painting, Mathieu succeeded in producing a decoratively linear painting, reminiscent of calligraphy. Mathieu continued to perform his Action Paintings throughout Europe and Japan. He went to Japan together with Tapié to meet the Gutai Group. There he executed a kimono performance during an action-painting show. During this event, he also realized 21 artworks and among these, we find a 15 m painting. Mathieu’s works were shown at special exhibitions in Paris and New York in 1950 and 1952. He participated in numerous international exhibitions, including Documenta II in 1959. In the early 1960s, Mathieu also created sculptures and designed furniture, tapestries, and frescoes. In 1975 he was elected a member of the Arts Academy in Paris and in 1986 he exposed his works at Biennale di Venezia. Georges Mathieu was defined as the founder of Tachism and art theorist in the essay “Au-delà du Tachisme”. He also composed essays on architecture, furniture, and typography. 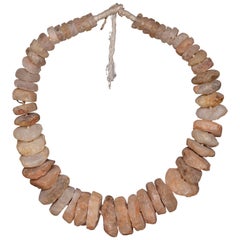 H 39.38 in. W 23.43 in. D 0.04 in.
Georges Mathieu Candy Box for French Porcelaine de Sèvres Manufacture
By Manufacture Nationale de Sèvres, Georges Mathieu
Located in Brussels, BE
Fine and rare candy box with a golden decor designed by the French Painter George Mathieu - Inside of the box is also decorated. Signed and stamped. Excellent condition. We are...
Category

Georges Mathieu Furniture is available on 1stDibs for sale. These distinctive items are frequently made of Aluminum and are designed with extraordinary care. In our Georges Mathieu Furniture collection, there are many options to choose from, although black editions of this piece are particularly popular. There are 2 vintage versions of these items in stock, while there is 0 modern edition to choose from as well. Many original furniture by Georges Mathieu were created in Europe during the 20th century in the Mid-Century Modern style. Many customers also consider furniture from Roger Soubie Furniture, Rene Fumeron Furniture and Gabriel Godard Furniture if you are looking for additional options. Prices for Georges Mathieu furniture can vary depending on size, time period and other attributes. Priced at $1,064 on 1stDibs, these items top out at $25,000, while pieces like these can sell for $1,833.