John Dobbs had many solo shows at galleries, universities and museums. His work was exhibited at the Museum of Modern Art, Whitney Museum of American Art, American Academy of Arts and Letters, Butler Institute of American Art in Ohio, and Salon Populiste in Paris. Dobbs’ paintings are part of the permanent collections of the Hirshhorn Museum, Washington, DC; the Montclair Art Museum, Montclair, New Jersey; the Neuberger Museum of Art, Purchase, New York; the Canton Museum of Art, Canton, Ohio and the Springfield Museum of Art, Springfield, Massachusetts. From 1972–96, Dobbs was a professor of art at John Jay College of Criminal Justice of the City University of New York. He was a member of the National Academy of Design, to which he was elected in 1976. 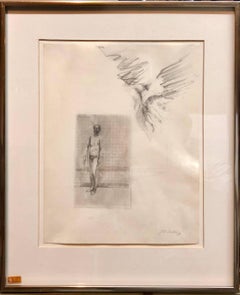 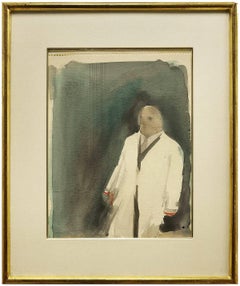 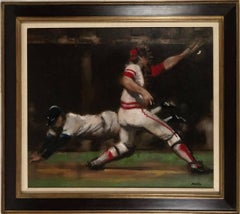 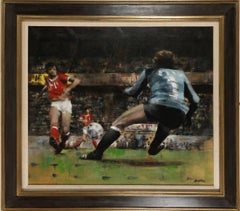 Previously Available Items
Abstract Watercolor Painting of a Man
By John Dobbs
Located in Bal Harbour, FL
Abstracted portrait of a man by artist John Dobbs. This impressionistic depiction of the subject allows for stylistic references to Monet, and Sisley. John Barnes Dobbs, a determine...
Category