A man of encyclopaedic knowledge, Laurence Dunn was a well-known marine artist and writer, who began his lifelong love of ships in Brixham, where he meticulously recorded passing traffic with the exquisitely accurate line drawings which later became something of a trademark. While studying at London’s Central School of Art, his work was noticed by the Southern Railway, which commissioned profiles of its fleet, and this, in turn, led to work for Orient Line, where he also designed the well-known corn-coloured hull, and later Thorneycroft, where he helped with shaping draft plans for a new royal yacht. During the Second World War, Dunn worked for naval intelligence at the Admiralty, where his technique did much to improve recognition standards, and greatly expanded his shipping clientele, becoming personally known to many chairmen. At the shipping press, Dunn worked for mainstream publications such as Everybody’s, Sphere and the upmarket comic Eagle. Through his many contacts, he enjoyed going to sea in a great variety of ships from aircraft carriers to colliers. Dunn wrote several books, starting with ship recognition titles which introduced new standards of layout, but his best-known work was probably Passenger Liners, which was widely taken up by the travel trade. His love of Greece, where he was an early publicist of island cruising, led to involvement in reshaping various passenger liners beginning with Greek Line’s OLYMPIA. In later life, Dunn designed several sets of shipping stamps for the Crown Agents, produced photographic volumes on Thames and Mediterranean shipping and still found time to enjoy the passing Thames traffic. Our sympathies go to his wife Jennifer, who provided succour to the many ship lovers who beat a path to the welcoming door of their Gravesend home. 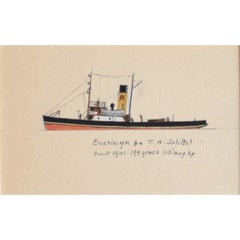 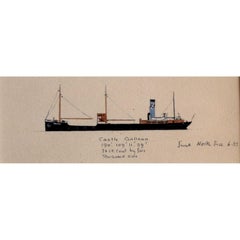 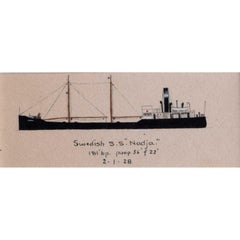 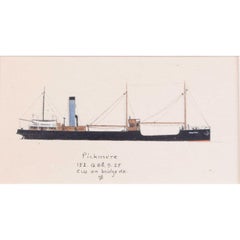 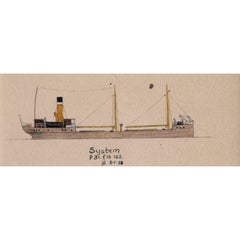