In 1957, commercial screenprinter Chris Prater and his wife Rose set up their own business in a tiny space in Kentish Town: Kelpra Studios. Within the period of a decade, they had introduced a mind-boggling array of Britain’s greatest artists to the medium of screenprinting. Like the Wizard of Oz orchestrating proceedings from behind his curtain, Prater collaborated with them all to the highest degree, succeeding — virtually single-handedly as it is now recognized — in elevating the medium to an accepted art form within the eyes of even our most traditional institutions. Early converts included Eduardo Paolozzi and Richard Hamilton, the latter instigating the Institute of Contemporary Arts (ICA) sponsorship and exhibition of a portfolio of prints in 1964. The 24 artists who were introduced to screenprinting as a result included Gillian Ayres, Patrick Caulfield, Peter Blake, Bernard Cohen, Robyn Denny, David Hockney, Howard Hodgkin, Allen Jones, R.B. Kitaj, Victor Pasmore, Peter Phillips, Bridget Riley and William Turnbull. These artists (and many more, including John Piper, who became a long-term acolyte), continued to collaborate with Prater and incorporated screenprinting fully into their oeuvre, producing works equally as important, acclaimed and collectible as their paintings.

In 1980 the Praters gifted their collection of printer’s proofs (a copy of every print they had ever worked on) to Tate, securing their legacy for the enjoyment of the public and ensuring that this fascinating and important chapter in the history of British art would not be forgotten. Mike Hale could perhaps be considered something of a "lost" figure within this movement. Hale was, nonetheless, a pioneering screenprinter. And indeed, he worked as a master printing technician at Kelpra Studios for a time, before going on to teach at the Leicester College of Art where his meticulous approach influenced a new generation of artists working in the medium which, by the early 1960s, had exploded in popularity. 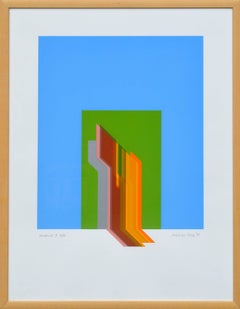 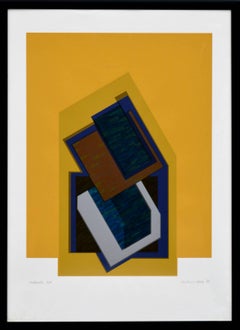 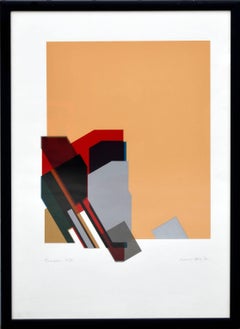