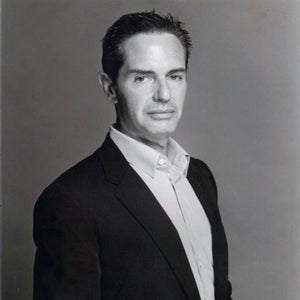 At once a classicist and a modernist, John Barman is known for his clear-cut, sophisticated style, bold new ideas, and strong point of view. He favors handsome, crisp lines; the unrestrained use of strong, resonant color; new uses for traditional materials; and the successful marriage of functionality and fine detailing. He also has an ability to hone this aesthetic into neutrals and inject contemporary glamour into traditional spaces. His work typically features distinctive focal points, such as colorful art glass, mid-century vintage furniture and modern art pieces. Very much a collaborator, he enjoys working with clients who are engaged in the design process, leading to a finished result that is both sophisticated and highly personal. Every project is unique and individual.

Barman’s firm, founded more than twenty years ago, comprises six employees, including longtime key associate Kelly Graham. John Barman Inc. is based in New York City, with a satellite office in Miami, Florida and work on projects throughout the US and Europe. His work has been featured in publications of note, including Architectural Digest, ELLE Decor, The New York Times, Veranda, Interior Design, Traditional Home, House Beautiful, and New York Spaces and has been named to New York Magazines Top 100 Designers, the Architectural Digest AD 100, and New York Spaces Top 50 Designers.