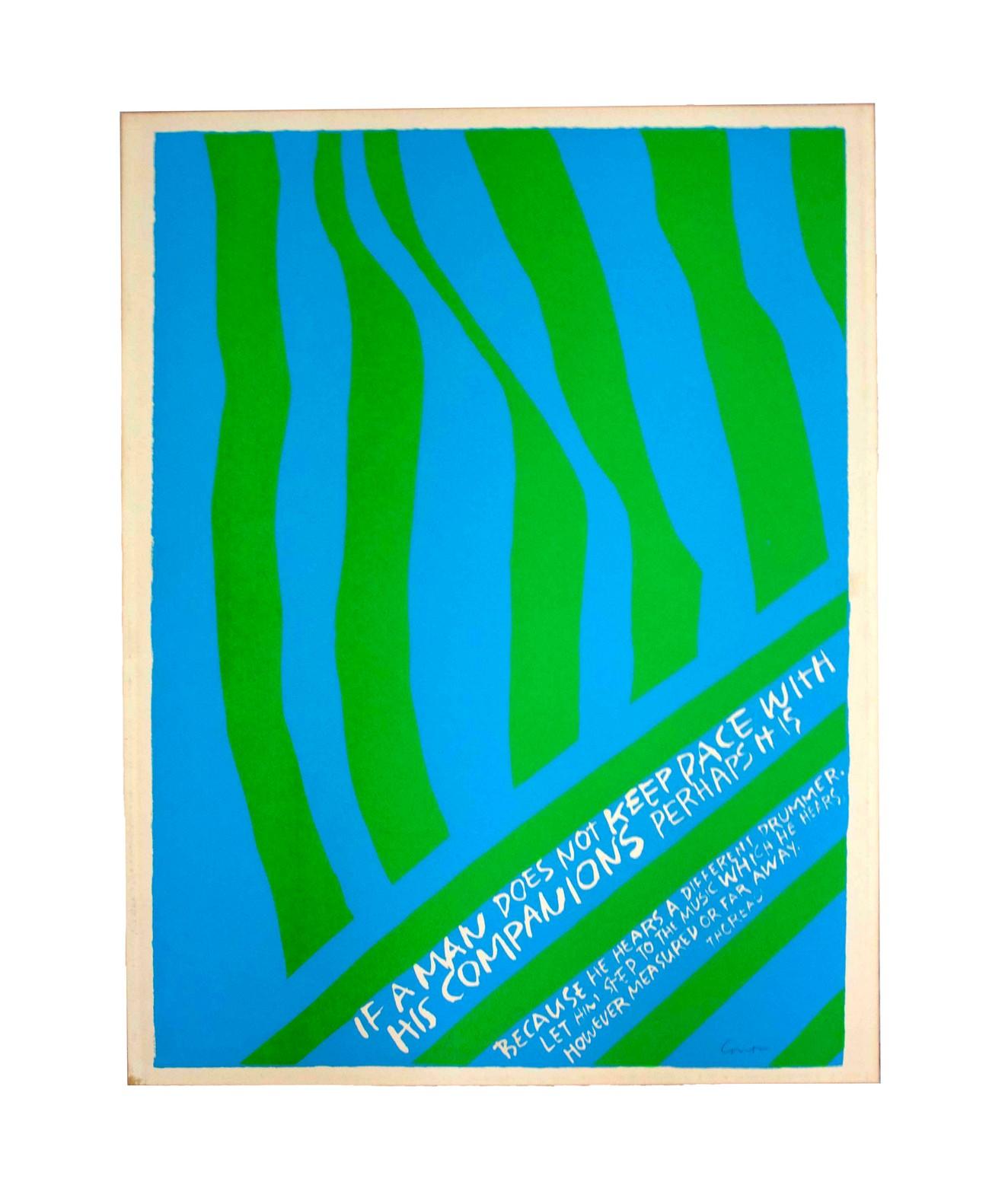 Corita Kent Original Serigraph, "B is for B Ins" with Poem by W.H. Auden 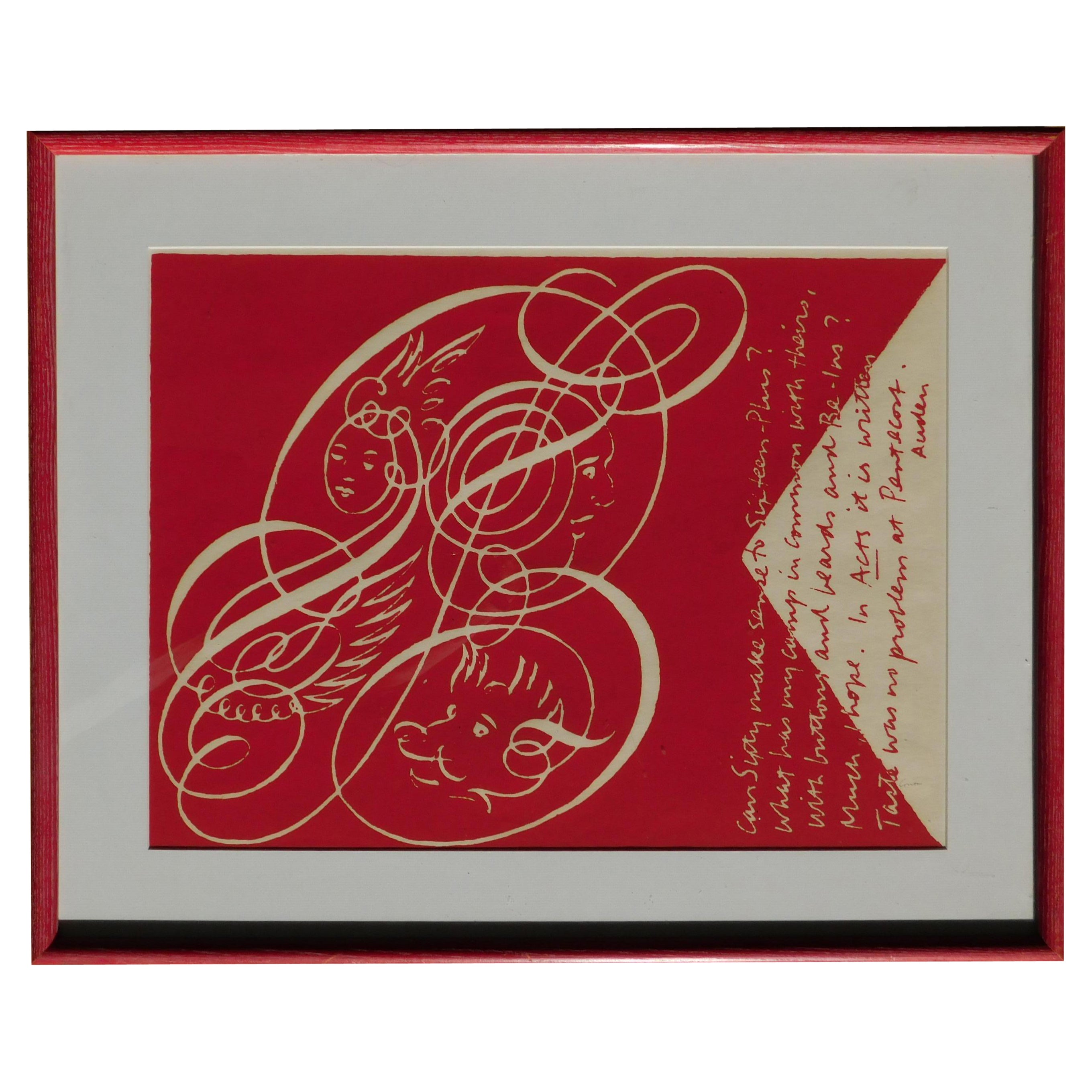 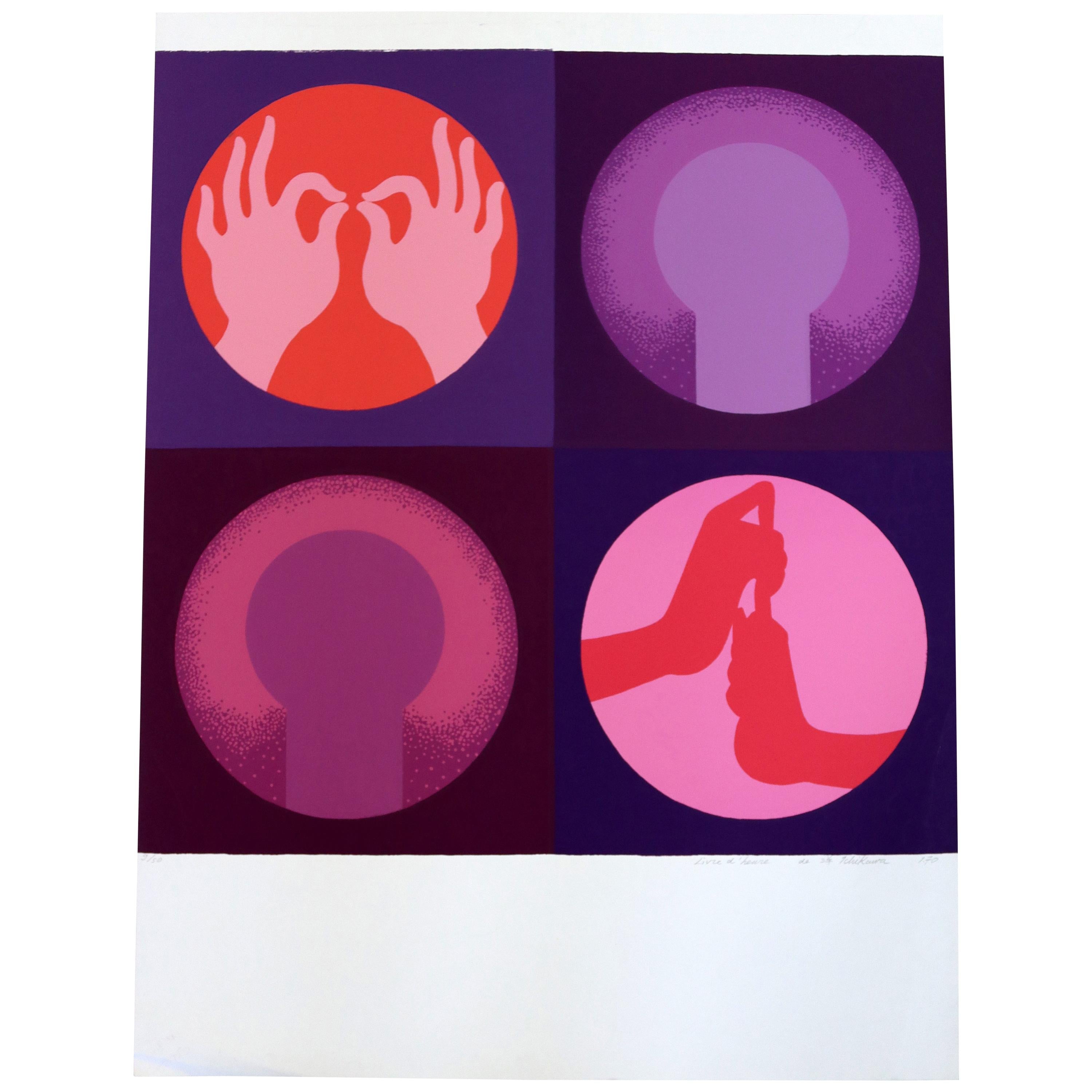 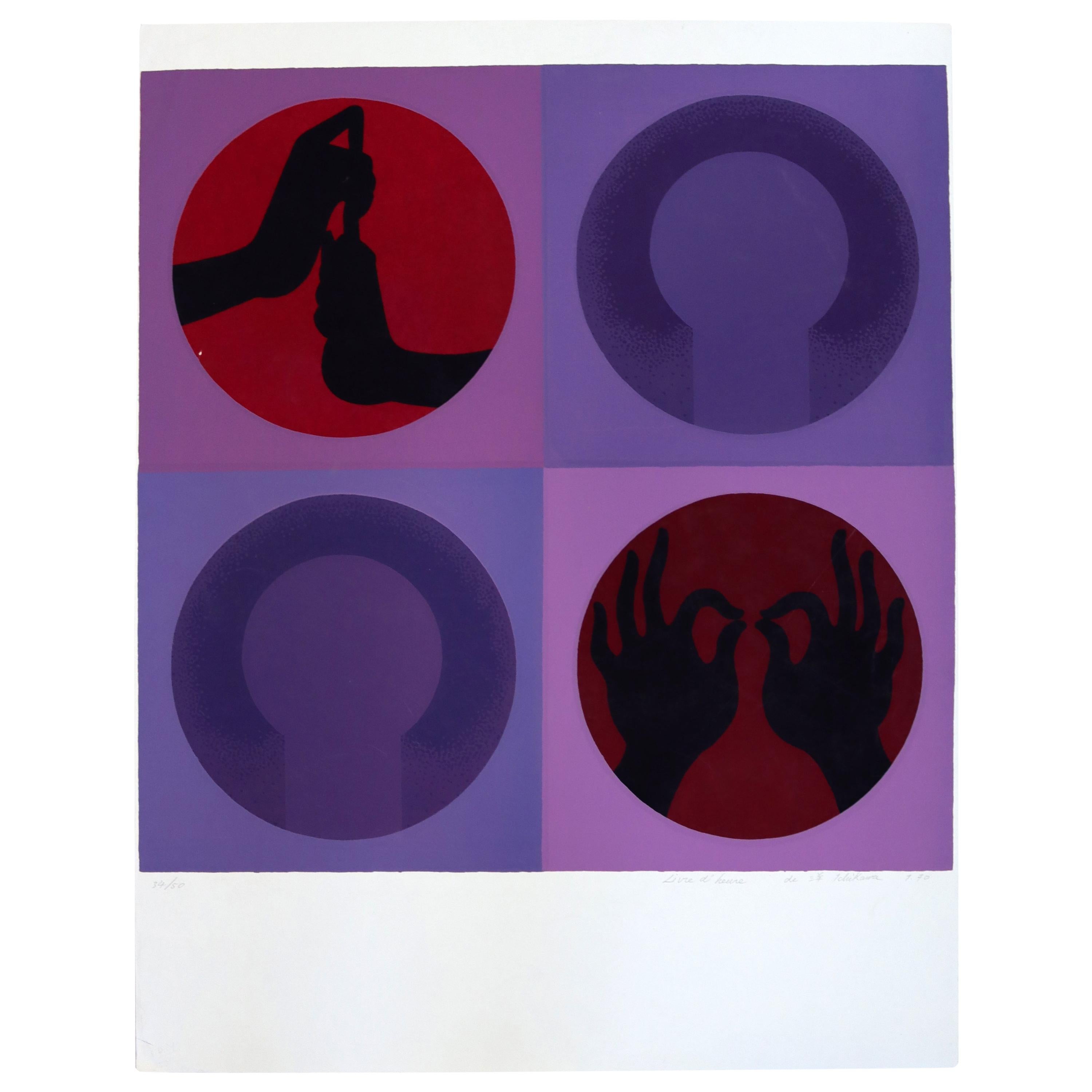 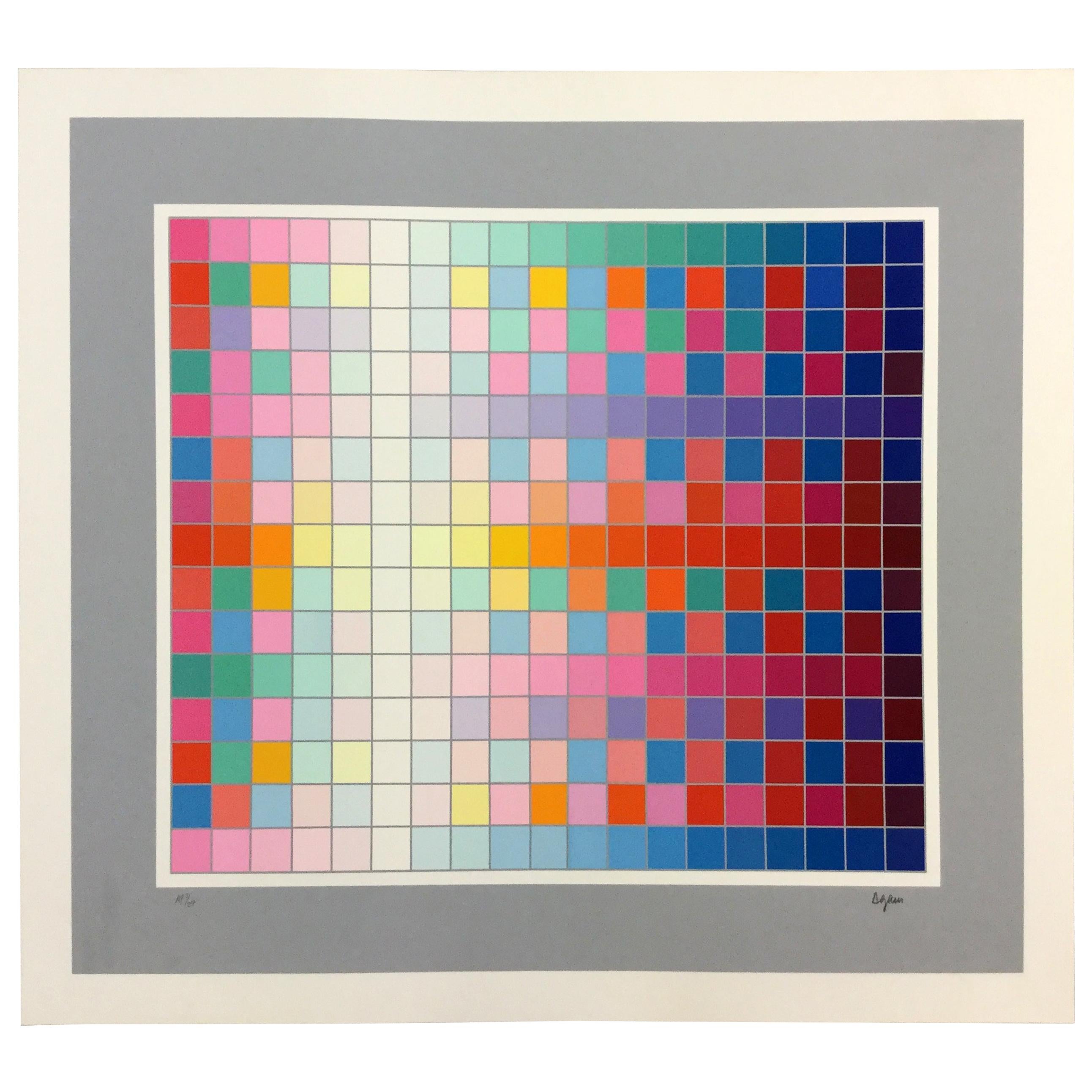 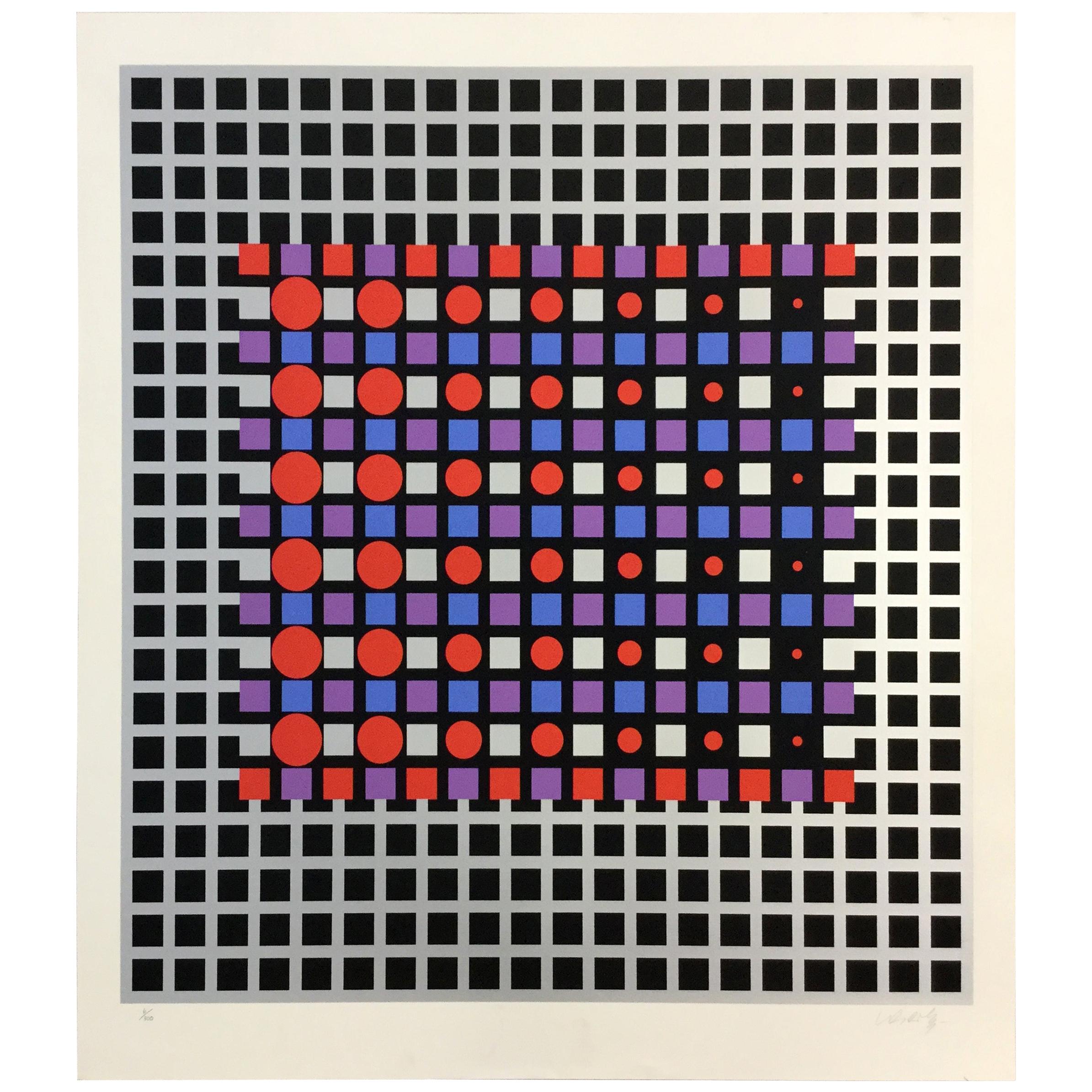 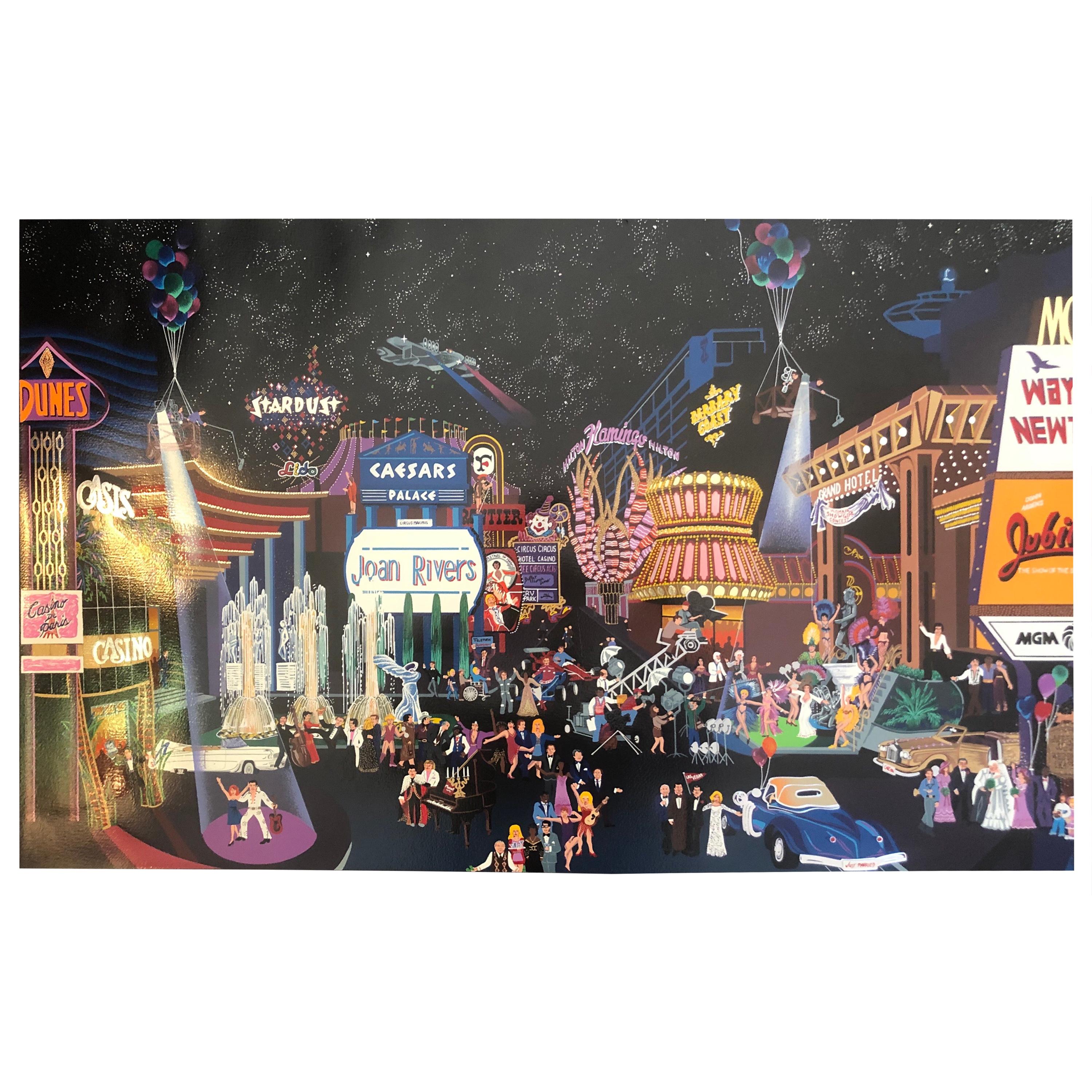 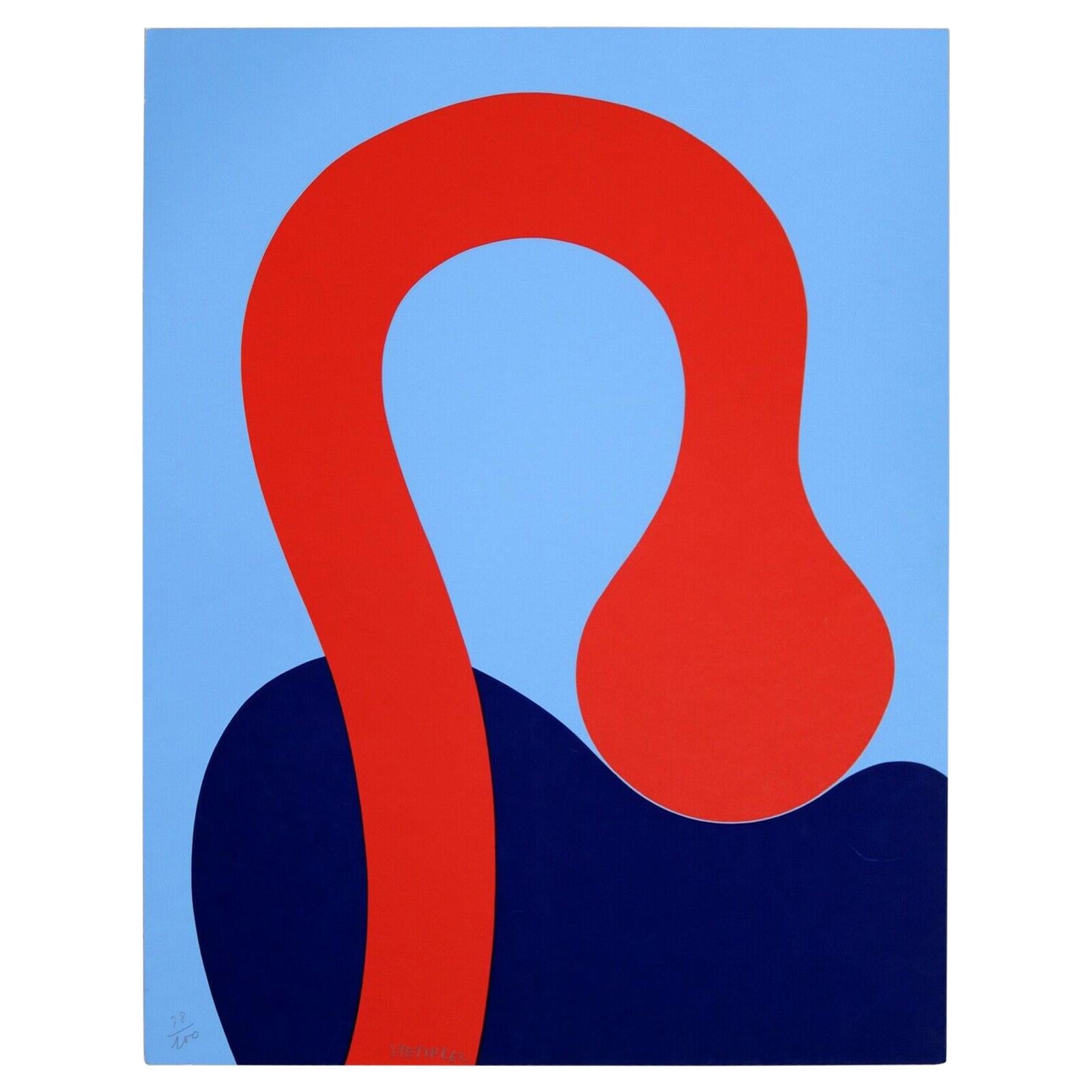 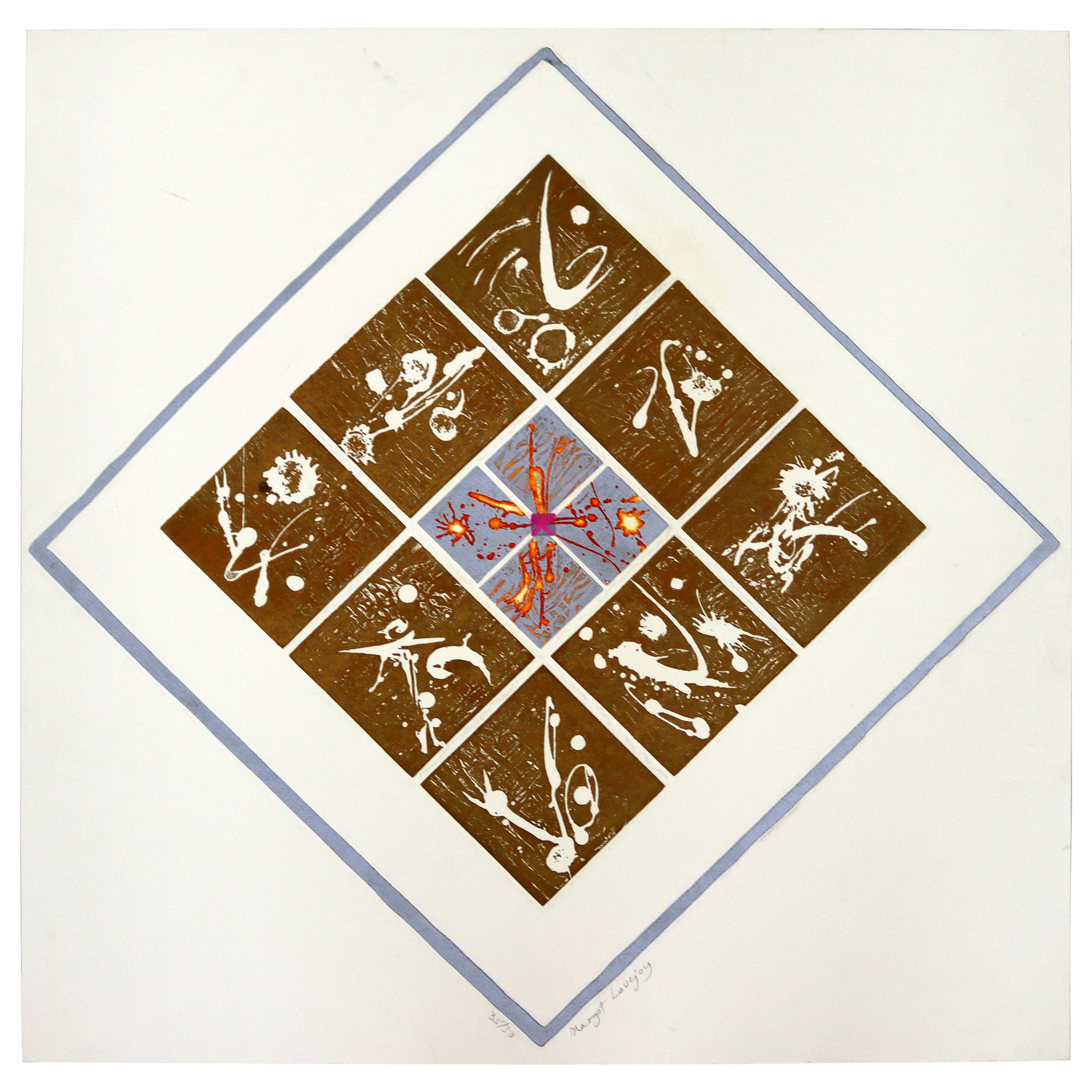 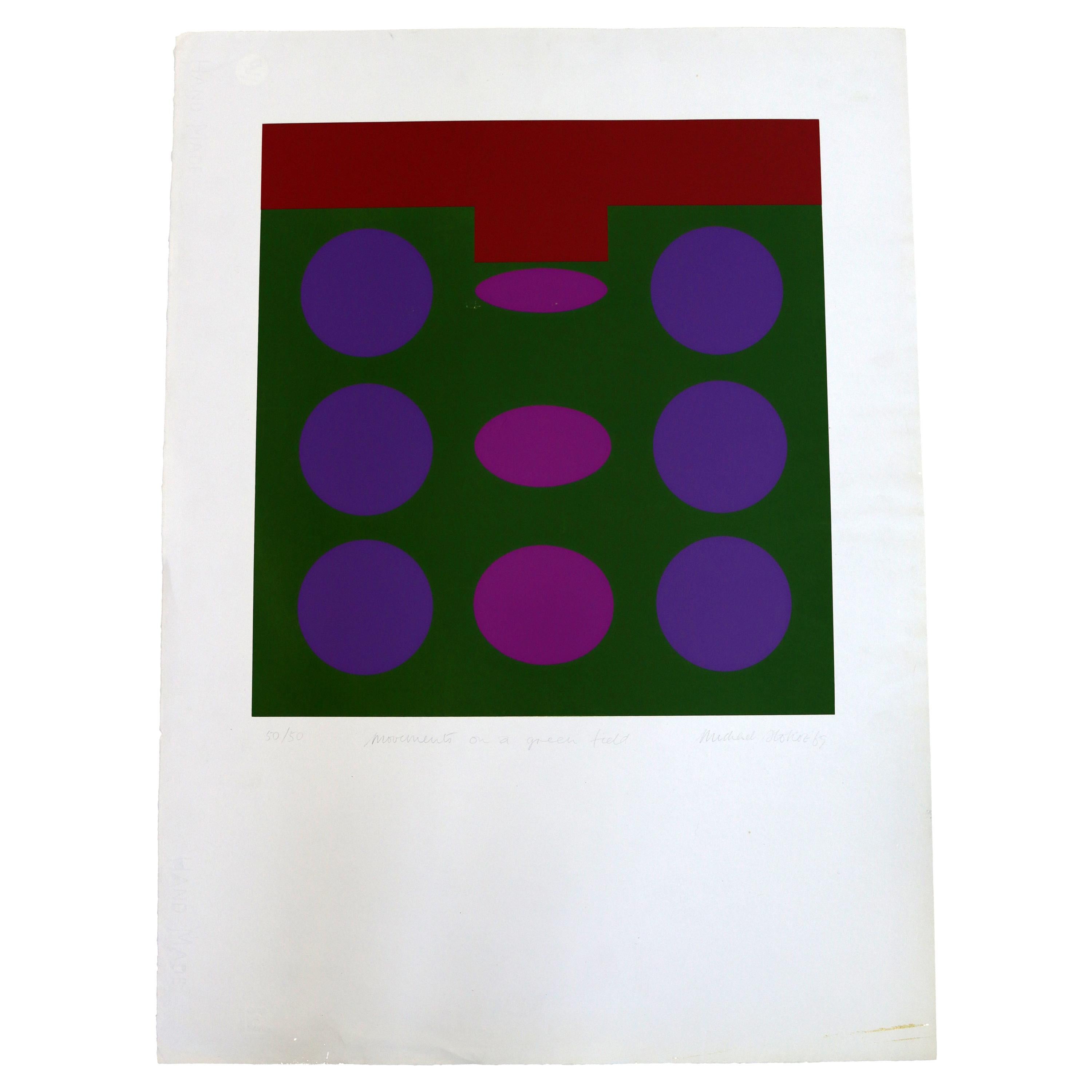 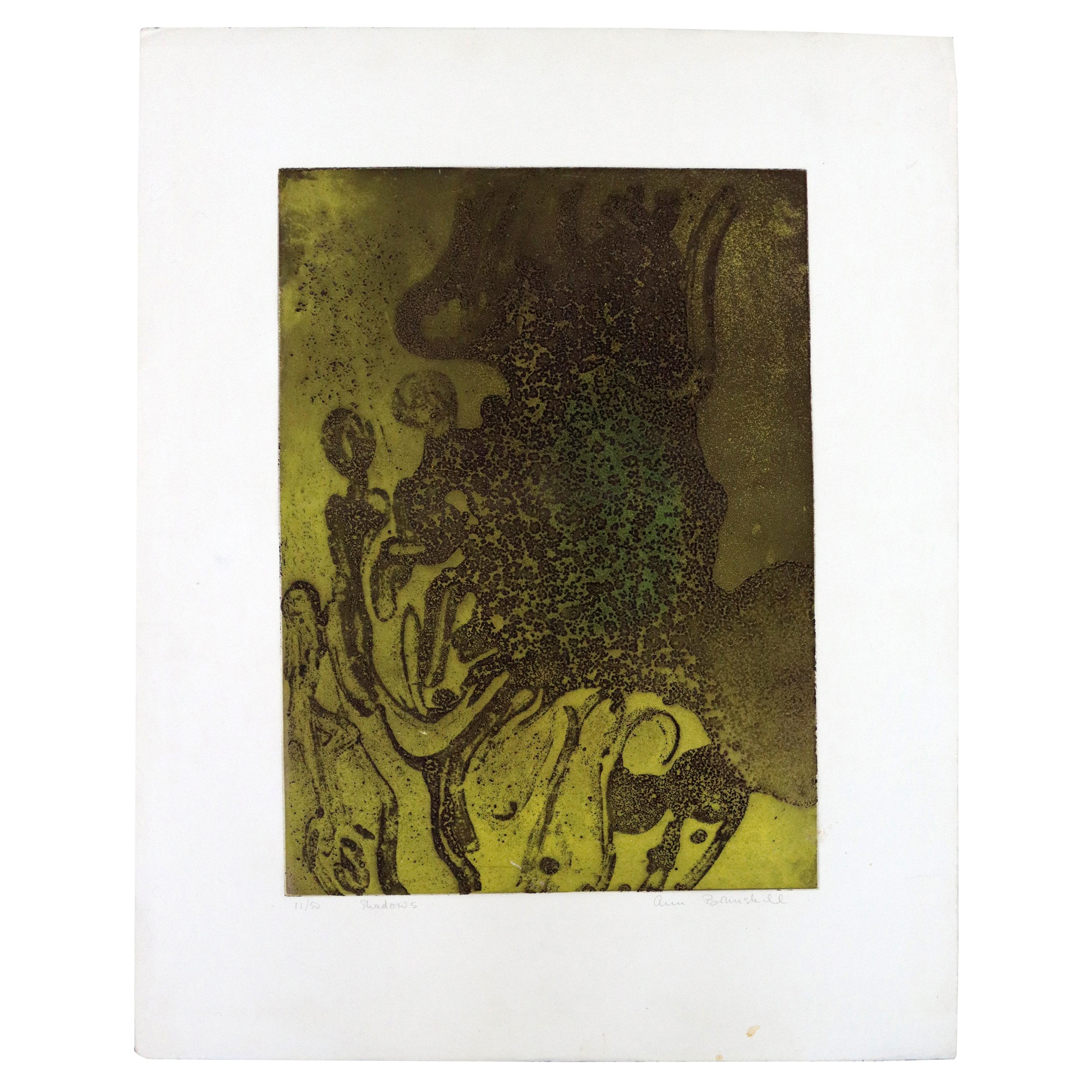 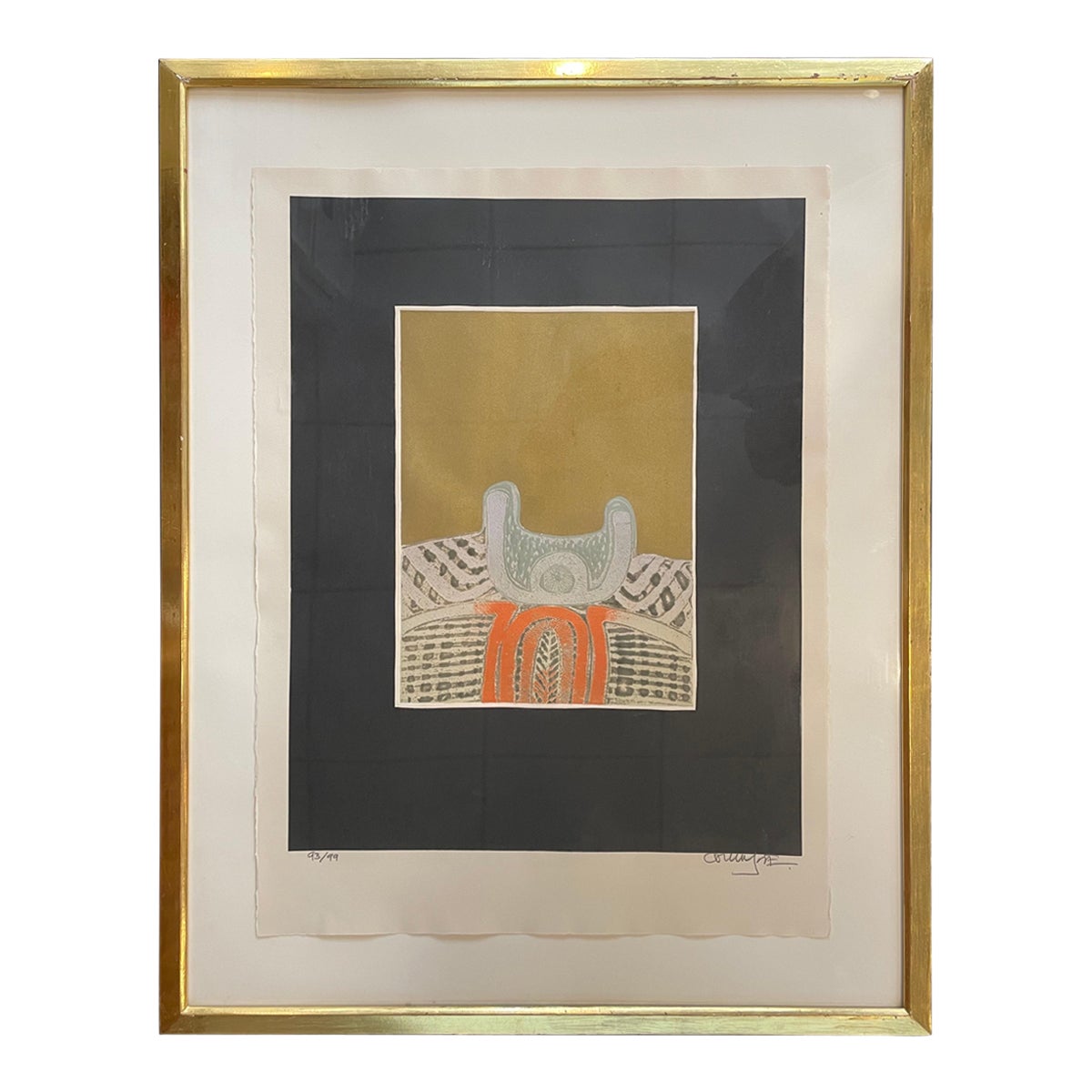 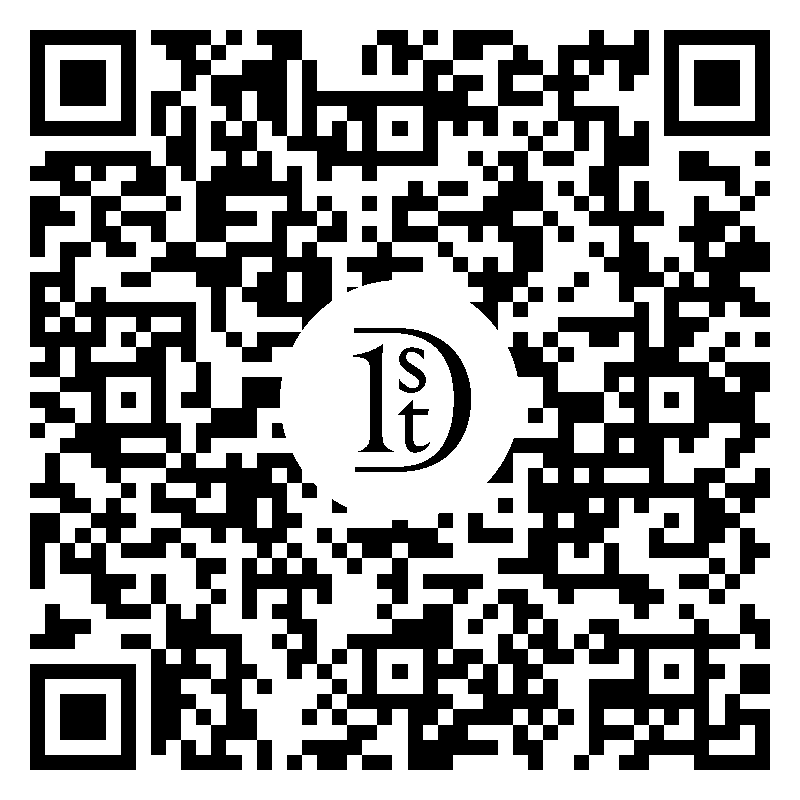 For your consideration is a groovy, retro, pop art style serigraph titled 'Today' and hand signed in pencil in the bottom right by beloved artist Sister Corita Kent. Dimensions: 23h x 23w (unframed). Sister Corita Kent (1918-1986) was an artist, educator, and advocate for social justice. At age 18 she entered the religious order Immaculate Heart of Mary, eventually teaching in and then heading up the art department at Immaculate Heart College. Her work evolved from figurative and religious to incorporating advertising images and slogans, popular song lyrics, biblical verses, and literature. Throughout the 60s, her work became increasingly political, urging viewers to consider poverty, racism, and injustice. In 1968 she left the order and moved to Boston. After 1970, her work evolved into a sparser, introspective style, influenced by living in a new environment, a secular life, and her battles with cancer. She remained active in social causes until her death in 1986. At the time of her death, she had created almost 800 serigraph editions, thousands of watercolors, and innumerable public and private commissions. In 1963 Corita is commissioned to create a banner for the Vatican Pavilion at the 1964 World's Fair in New York and in 1967 Corita was on the cover of the Christmas issue of Newsweek. 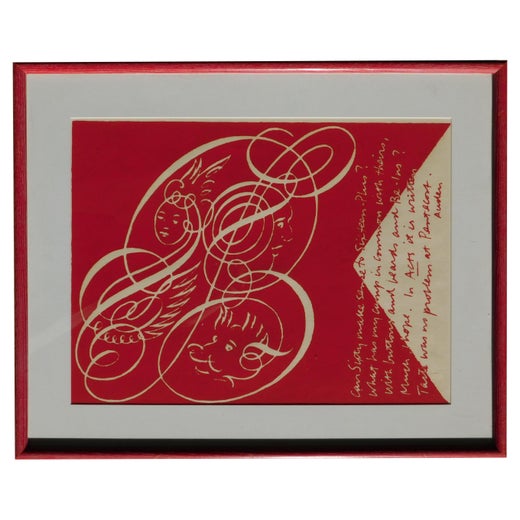 Sister Mary Corita Kent, once the nation's best known nun, won fame as a serigraph artist. Her bright, colorful silkscreen prints were the rage of the 1960s. She designed the first "Love" U.S. postage stamp.

Mary Corita Kent was born in Fort Dodge, Iowa in 1918, then moved with her family to Vancouver, British Columbia, in 1920. Two years later they moved to Los Angeles, where she grew up. Kent joined the Sisters of the Immaculate Heart of Mary there in 1938. She received her bachelor's degree from Immaculate Heart College in 1941, followed by a master's in art history 10 years later from the University of Southern California.

Popularly known as "Sister Mary Corita," the artist turned to the silkscreen process in 1950. Her large compositions combine quotations, often from the Bible or modern poetry, with religious or secular images. She achieved fame in the early 1960s with her brightly colored silkscreen posters. Some of her work includes excerpts from the writings of Carl Jung, e.e. cummings and Rainer Maria Rilke. She began adding words to her designs because, she said, "I have been nuts about words and their shape since I was very young."

Perhaps becoming a celebrity came too soon for the nun. It was something she never asked to be, but she carried the burdens of stardom with grace, kindness, and loving warmth. She never was arrogant, and accepted the status because she believed it would help the College of the Immaculate Heart — where she was teaching — and she thought it would be good for her community of Sisters of the Immaculate Heart of Mary. Sister Corita became a symbol of the modern nun and was often the target of conservative Catholics, particularly when she turned to regular street dress in 1967.

After more than 30 years as a nun, Kent returned to private life in December 1968, moving to Boston to devote herself to her art, and opening a gallery. For the next 18 years, Kent created over 50 commissions, in addition to over 400 new editions of serigraphs. Special projects included the landmark 150-foot rainbow painting on the Boston Gas Company's natural gas tank, numerous murals, billboards, book covers and book illustrations, logos, greeting cards and more. She also created complete editions of serigraphs for fundraising use by numerous organizations dedicated to peace and social justice. She won dozens of art prizes and saw her work hung in many of the world's major art museums. Critics praised her prints as joyful, exuberant, bold and radiant.

Around 1977, the artist developed cancer, and although her doctor gave her only six months to live, she knew that she had major art pieces to accomplish before she died — nine years later. Kent passed away in 1986, bequeathing her remaining prints, as well as the copyrights to all her works, to support the good work of the Immaculate Heart Community.

About the Seller
4.9
Located in Keego Harbor, MI
Platinum Seller
These expertly vetted sellers are 1stDibs' most experienced sellers and are rated highest by our customers.
Established in 2014
1stDibs seller since 2017
711 sales on 1stDibs
Typical response time: 1 hour
More From This Seller

Corita Kent Original Serigraph, "B is for B Ins" with Poem by W.H. Auden

US$700
Set of Three Signed Sturtevant Serigraphs
By Elaine Sturtevant
Located in NYC, NY
A set of three prints by influential American artist Elaine Sturtevant, studying circular motion and riffing/ripping (depending on your views on copyright) off the works of Robert Ra...
Category

US$950 Sale Price
24% Off
Signed and Numbered Original Erte Serigraph
Located in San Diego, CA
A beautiful large serigraph by Erte circa 1980s, framed with plexiglass, circa 1980s.
Category

US$2,250
Signed and Numbered Original Erté Serigraph
By Erté
Located in San Diego, CA
A beautiful large serigraph by Erté circa 1980s, framed with plexiglass, circa 1980s.
Category