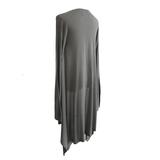 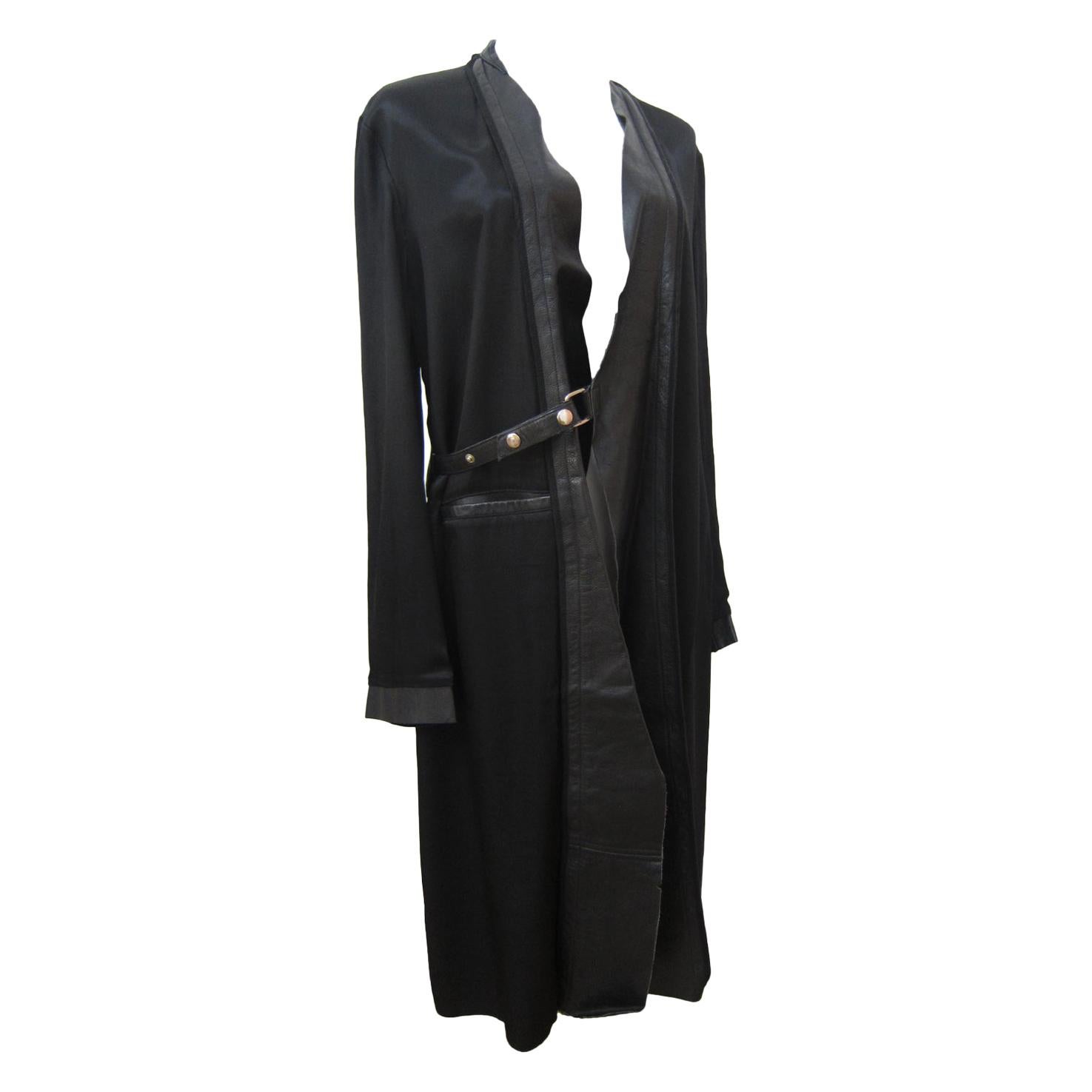 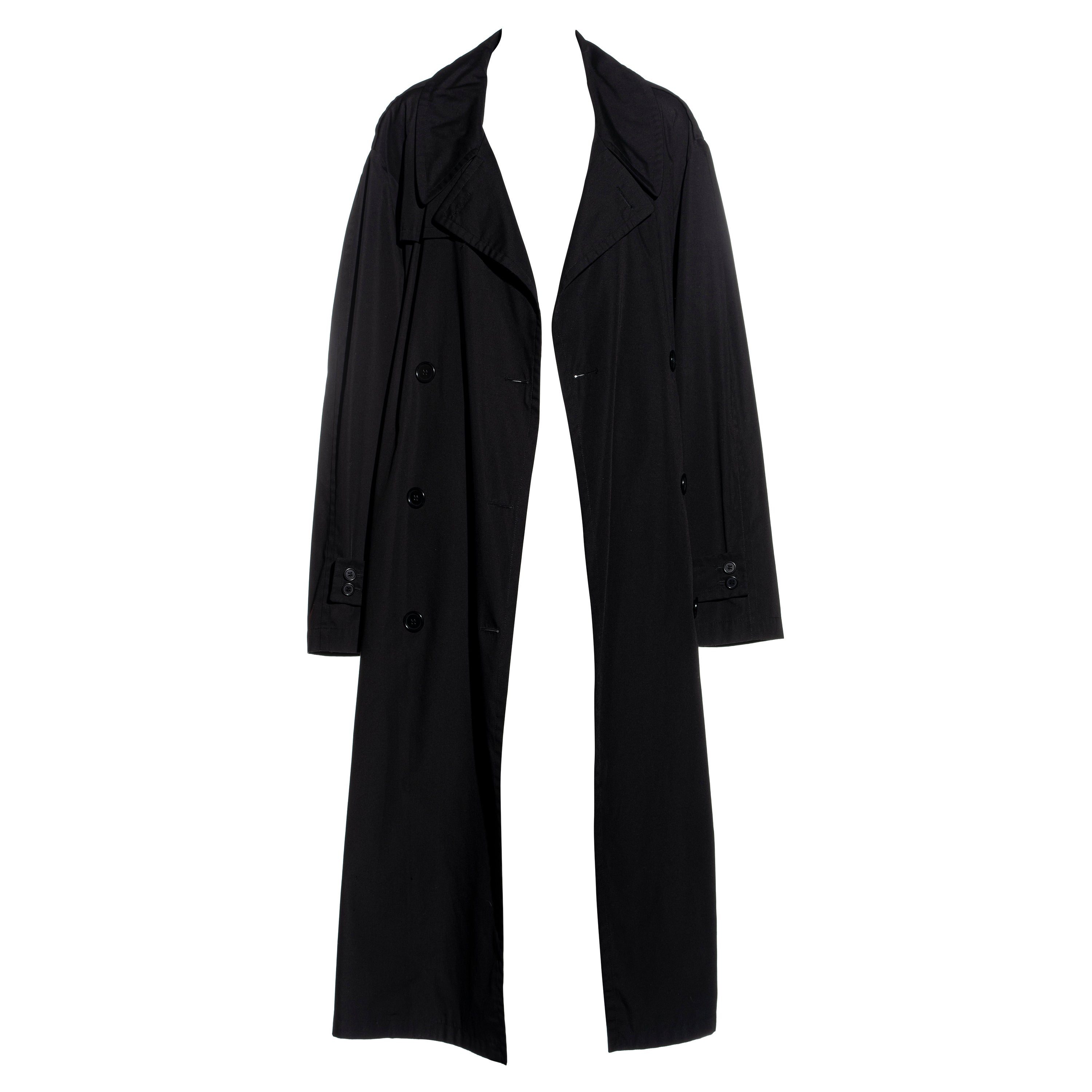 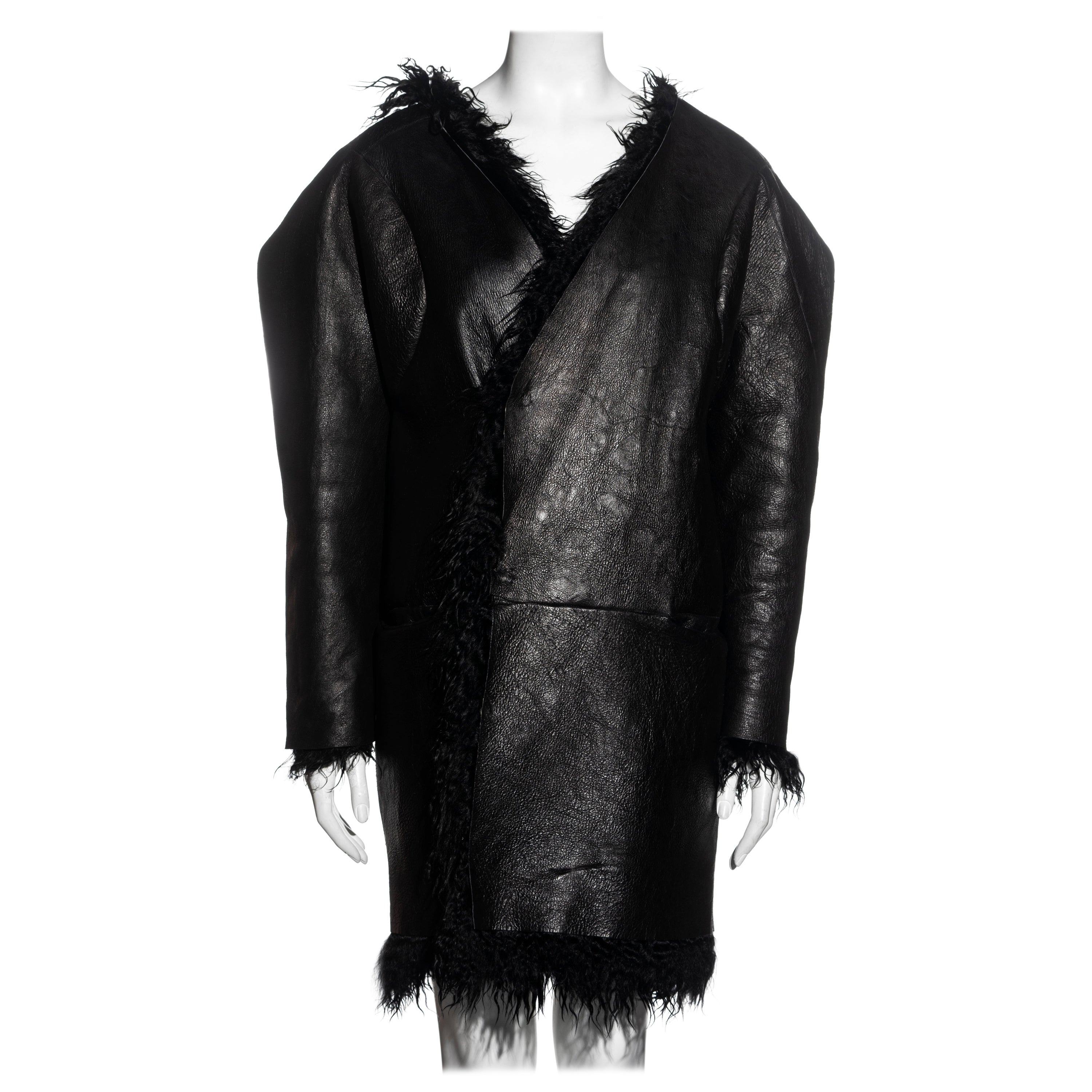 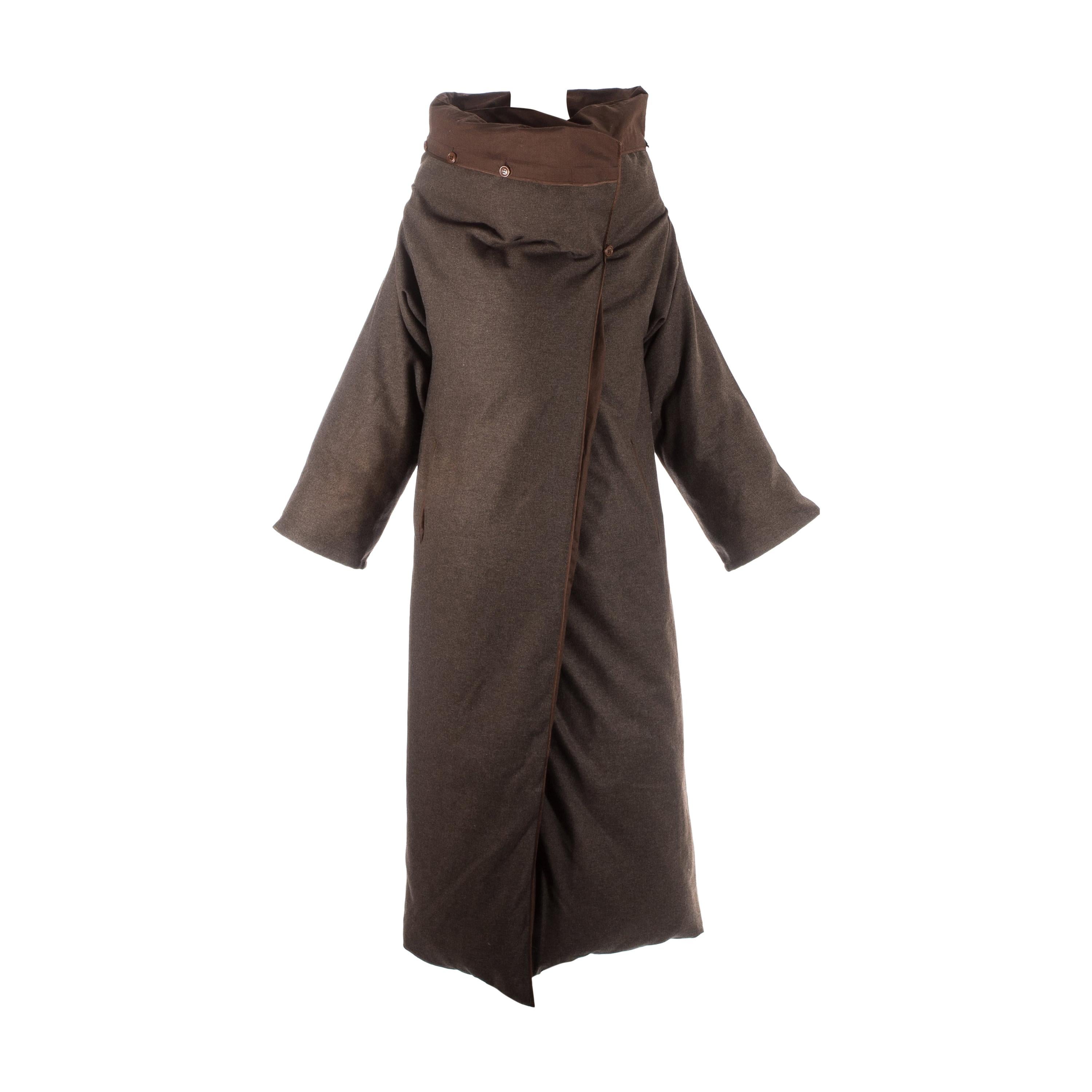 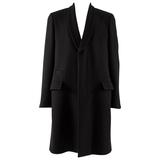 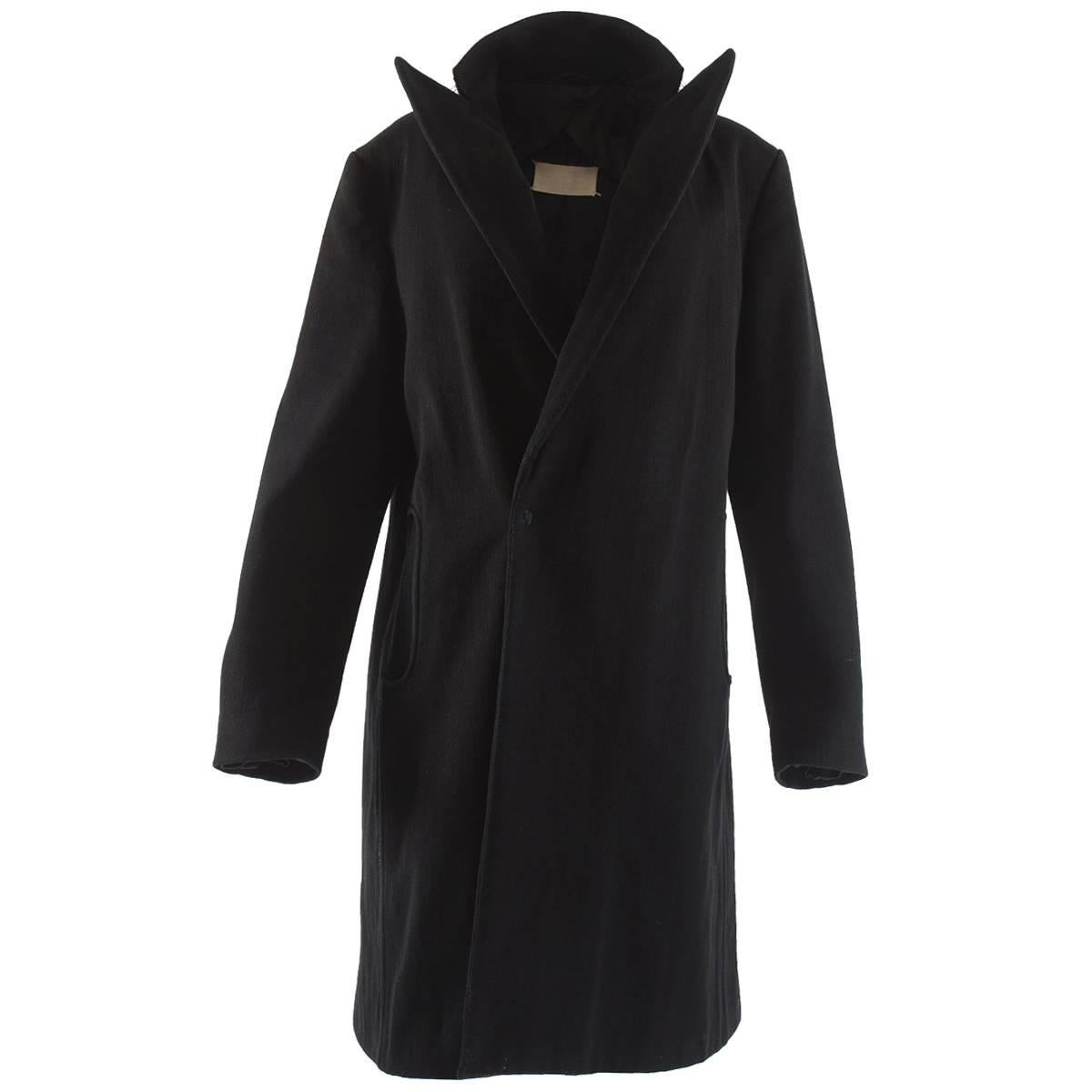 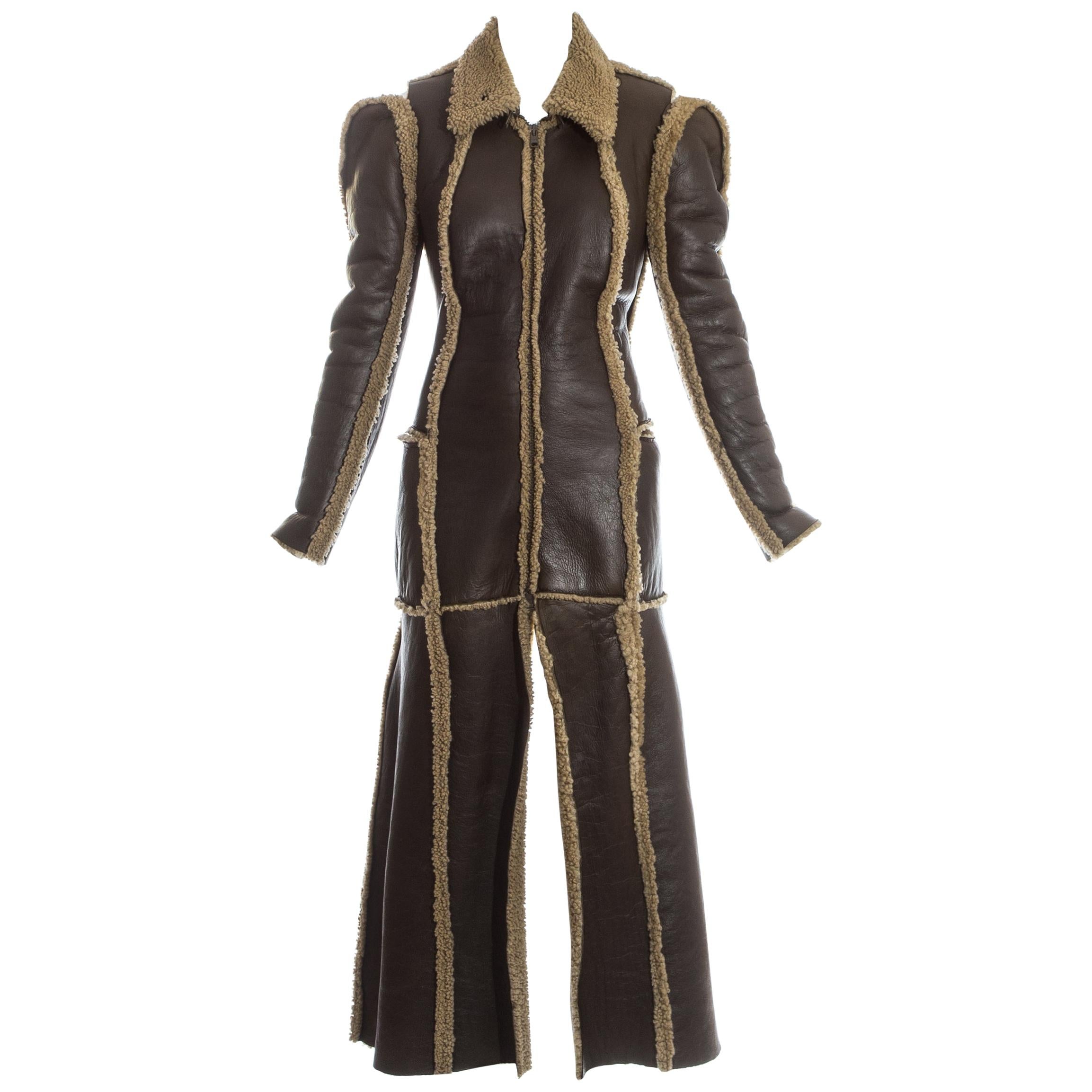 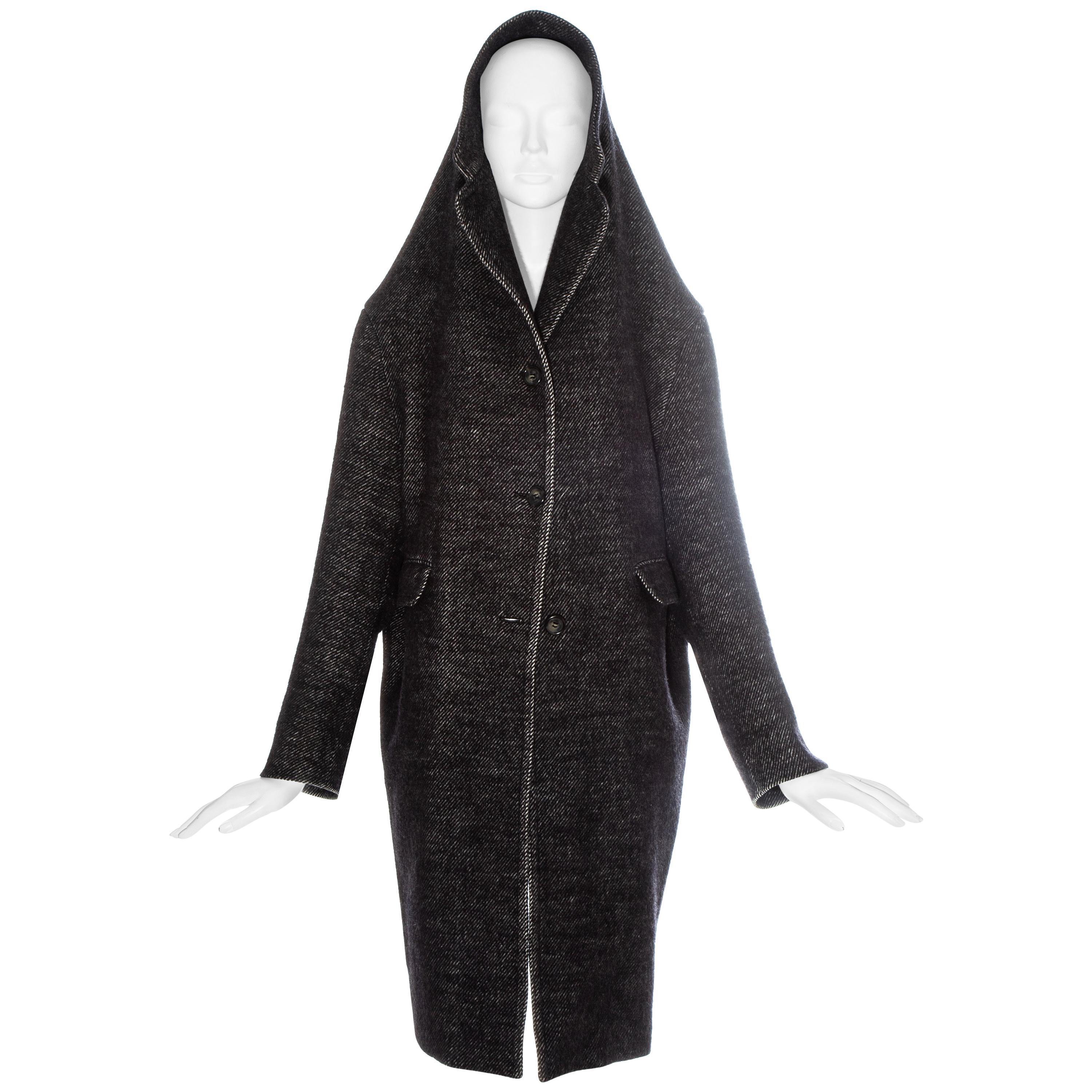 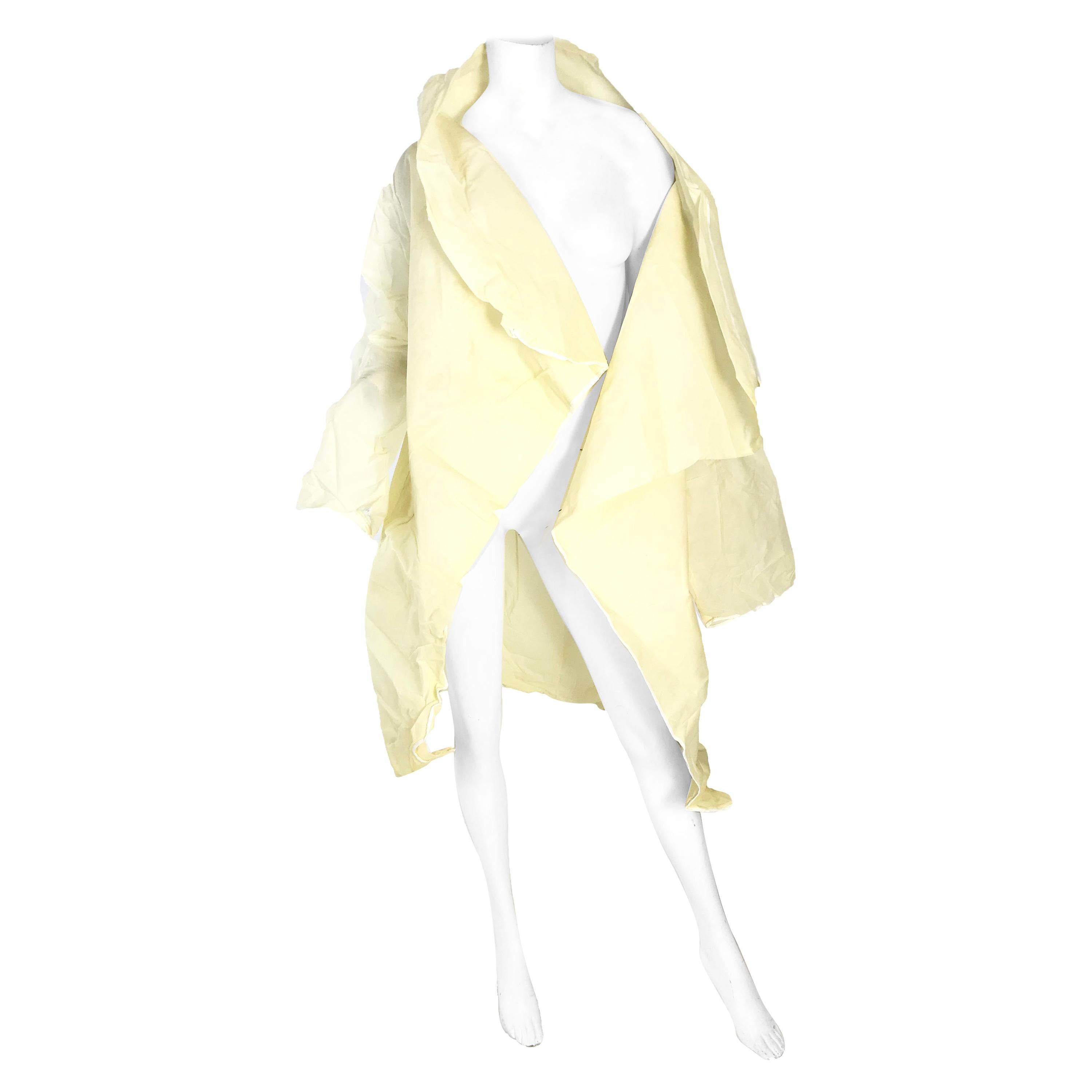 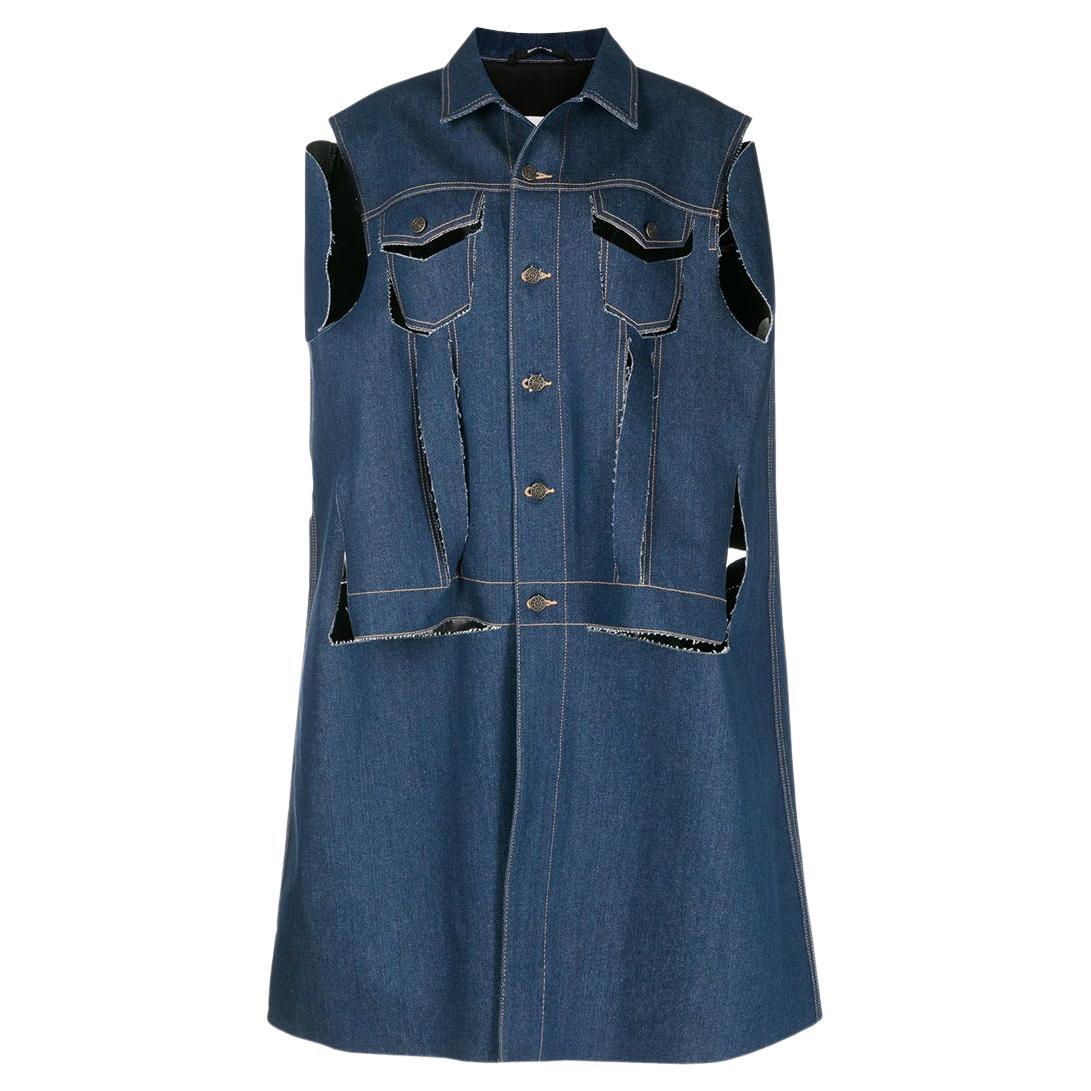 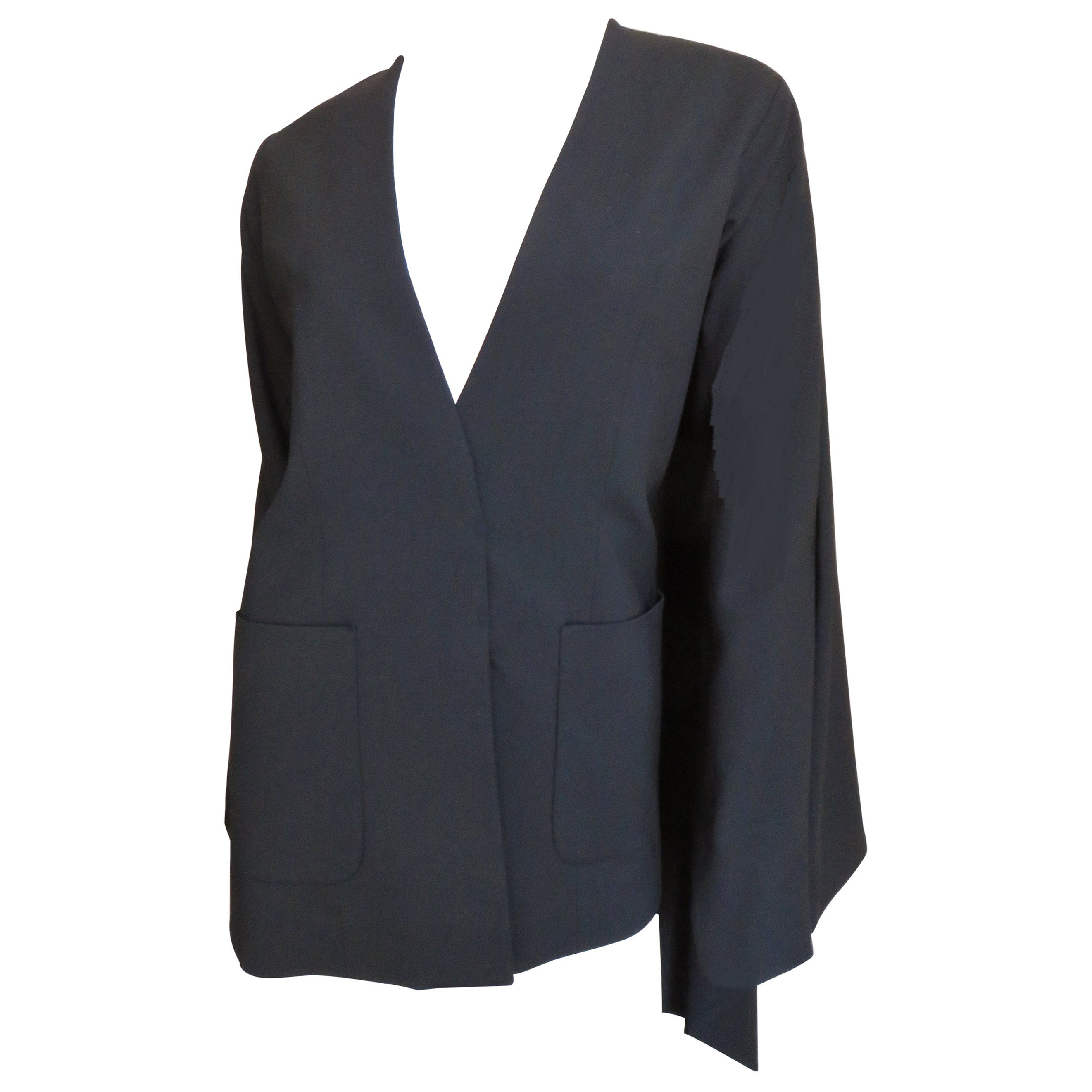 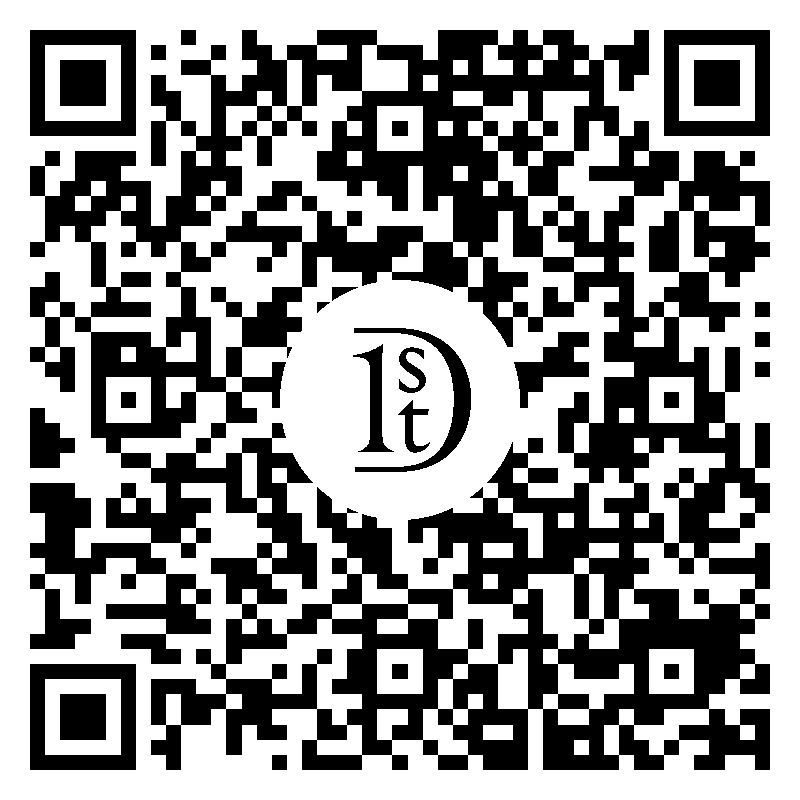 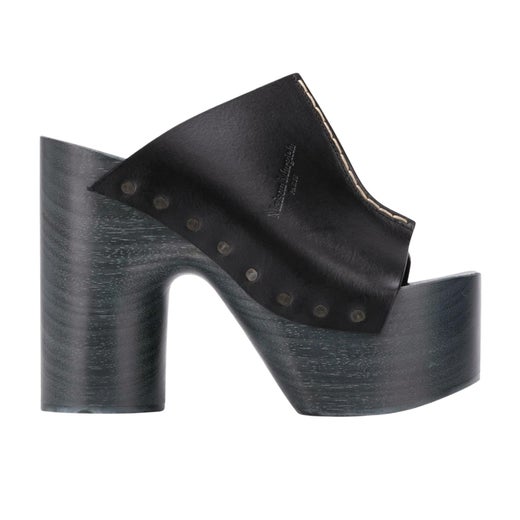 Belgian designer Martin Margiela (b. 1957) — whose life, career, clothing designs and vintage shoes have become cult-collector obsessions — pushed those who attended his shows outside their comfort zones. In the years following his maison's 1988 debut, he toyed with creative and aesthetic paradoxes that persist in fashion today.

Consider the Spring/Summer 2001 shirt patchworked from vintage clothing labels, or his famous corset dresses made from tailoring dummies, from his Fall/Winter 1997 line. Or his oversize collection for Fall/Winter 2000. In 1992, Margiela told Dépêche Mode magazine, “My clothes appeal to women of a certain mindset rather than of a specific age or physique.”

Born in Genk, Belgium, in 1957, Margiela knew he wanted to be a fashion designer after catching glimpses of Parisian fashion on TV as a child. Although his parents discouraged this career choice as an oddly funny aspiration, Margiela enrolled in the fashion program of the Royal Academy of Fine Arts Antwerp. There, he befriended and graduated a year ahead of the Antwerp Six — the acclaimed group of Belgian fashion designers comprising Dries Van Noten, Walter Van Beirendonck, Ann Demeulemeester, Marina Yee, Dirk Bikkembergs and Dirk Van Saene.

Like many of his contemporaries in the 1980s, Margiela understood Paris fashion but felt a deep resonance with the deconstructed beauty espoused by Japanese designers Yohji Yamamoto and Rei Kawakubo, of Comme des Garçons. Margiela’s fascination with Japan influenced many of his earliest collections and designs, from a dress pieced together from broken plates to his iconic Tabi boots, inspired by the split-toe Japanese worker’s shoe, which dates back to the 15th century. He decided to launch his own line while working for renowned Paris designer Jean Paul Gaultier.

Margiela, Gaultier has often stated, was his best assistant. Even then, the 2019 film Martin Margiela: In His Own Words suggests, he was acutely aware of the widening gulf between the art and the business of fashion.

Margiela’s debut show was nothing short of spectacular. Set in a packed Café de la Gare in the still-seedy Marais district, it was also scandalous to the Parisian fashion set of the time. The designer tore up the conventions of contemporary couture presentations, most notably having his models, plucked from the streets and wearing ink-blotted Tabis, wend their way through the crowd. The show redefined the concept of the runway in a way that would later inspire such designers as Alexander McQueen and Demna Gvasalia.

While the notoriously private designer retired from fashion in 2009, for many Maison Martin Margiela collectors, his pieces capture the irreverence of the postwar, post-punk late 1980s and ’90s. Katy Rodriguez, cofounder of the cult vintage fashion shop Resurrection, is among those who felt a connection to Margiela’s clothing in the subliminal challenges it posed to the time’s beauty norms.

“Growing up in San Francisco and coming out of the end of punk rock, not wanting to be objectified, not wanting to be seen as a sexual object, not wanting your value to be just because you’re pretty — all those clothes played into all of that,” she says. “It really was a reflection of the kind of world the young people I knew at the time wanted to live in.”

$15,871
Margiela ivory cotton down filled duvet coat with brown wool cover, fw 1999
By Maison Martin Margiela
Located in London, GB
Martin Margiela; 'Duvet' coat made from a Featherlite 100% down filled duvet. Sleeves can be detached with zip closures around arm holes, 2 front pockets and sold with an additional ...
Category 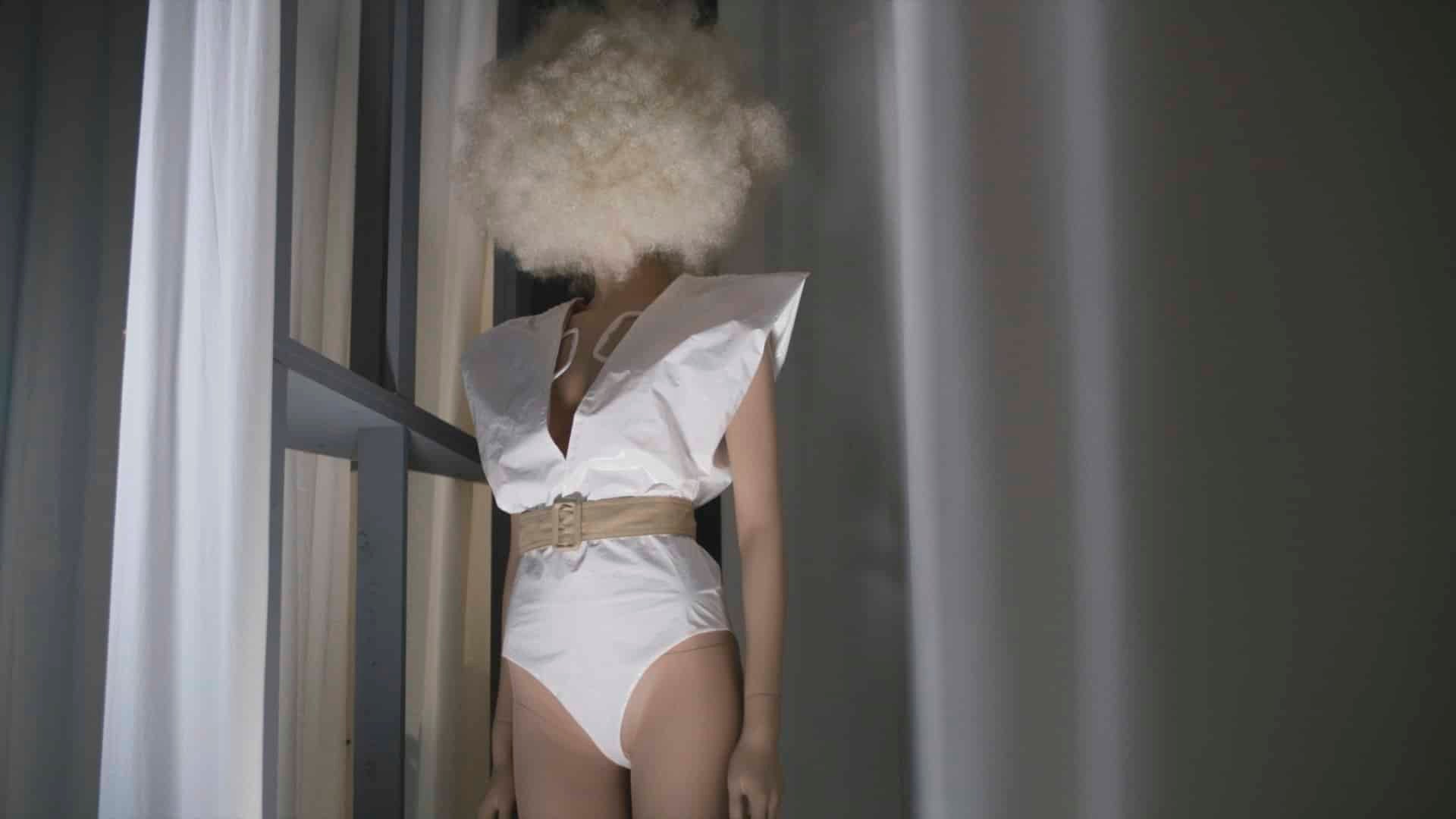 Martin Margiela: An Intimate Look at the Designer and His Surreal Fashions

In a recently released film, the elusive Belgian designer reflects on his time in the fashion world and his avant-garde creations, which have become coveted collector items.