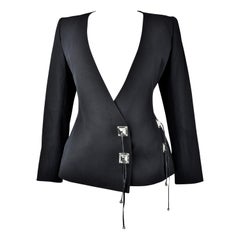 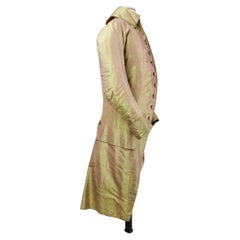 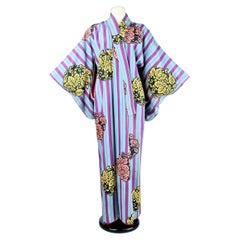 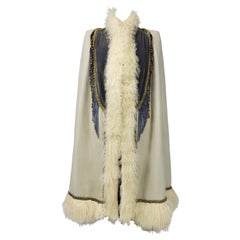 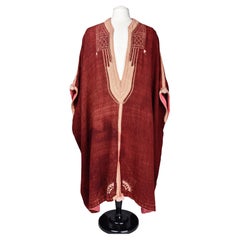 A Jean-Paul Gaultier Jacket of Military Inspiration Circa 2005/2010

An Evening Jacket by Franco Moschino Couture Circa 1990

A Jean Paul Gaultier Zipped Jacket for Gibo Circa 2010

A Rare Redfern Evening Coat in Black And Cream Taffeta Silk Circa 1929
Located in Toulon, FR
Circa 1925/1929 Paris or London Dramatic opera coat in black silk taffeta and cream from the famous Maison de Couture Redfern, based in Paris, London and New York, dating from the ...
Category

Coat in Blue velvet Embroidered with Wool - Turkmenistan Circa 1950/1970

A French Couture beaded Evening Coat in the style of Paul Poiret, Circa 1930

Free Shipping
A Net embroidered Stole with floss-silk - India for export Western Circa 1830
Located in Toulon, FR
Circa 1825 India For export to Europe Rare Shawl or stole made of cotton tulle embroidered floss-silk made in Delhi at the beginning of the nineteenth century for fashion in Europe ...
Category

Scarf in Embroidered Pashmina - India for Europe Circa 1830/1860

Free Shipping
A Satin Embroidered Evening Kimono with palm trees and parrots France Circa 1930
Located in Toulon, FR
Circa 1920 -1930 France Cream satin kimono for the evening or inside, lined with absinthe green satin and embroidered with a polychromatic decoration in exotic style. Beautiful flo...
Category

A Ceremonial Kaftan Robe in Lampas - Morocco Circa 1920

Free Shipping
JPG.Jean's black wool coat by Jean-Paul Gaultier - France Circa 2010
By JPG by Gaultier, Jean Paul Gaultier
Located in Toulon, FR
Circa 2010 France Beautiful thick black felted wool coat from JPG Jean's by Gaultier dating from the 2010s. The coat was feminised by Yves Saint Laurent in 1965, then declined by J...
Category

Vintage and Designer Coats and Outerwear