The name Fendi had been around for decades when a young German designer named Karl Lagerfeld took the creative helm at the company in 1965. But it was not until then, however, that the Italian brand became a world-renowned fashion house. In fact, Lagerfeld, who produced four to five collections yearly for the label — and is celebrated for the shoes, purses and other pieces he created for Fendi — is credited with creating the company’s instantly recognizable double-F logo (which stands for “Fun Furs”) in “less than five seconds.” Until Lagerfeld started designing for the brand, fur was a material mostly associated with heavy coats that few people actually wore. The designer reimagined fur in creative ways, using it as an accent on purses, cuffs on dress sleeves and collars on wool coats.

More than a mere tastemaker, Karl Lagerfeld devoted himself to the continual pursuit of chic. “My life and my job,” the designer once said, “is to forget myself.” During his five-decade career as a designer for Chanel, Fendi, Chloé and many others, Karl Lagerfeld was a quintessential chameleon, ever evolving to embody the times. An outsize, instantly recognizable personality — his ponytail powdered like an 18th-century viscount, his eyes perpetually shielded by dark glasses, wearing fistfuls of chunky silver jewels — Lagerfeld was, above all, an avatar of style.

Born in Hamburg (in 1933, ’35, or ’38 by varying accounts), Karl Lagerfeld packed his bags for Paris in 1954. His design for a coat won him the International Wool Secretariat and landed him a job with the celebrated couturier Pierre Balmain. He went on to become the designer of Jean Patou, eventually realizing that his seemingly endless ideas could fuel a career as a designer-for-hire. As such, Lagerfeld lent his vision to everyone from Loewe and Max Mara to Krizia and Charles Jourdan, nimbly moving among a diverse range of styles. It was an unprecedented way of working in the days when freelance was still a dirty word.

In the mid-1960s, Lagerfeld joined forces with the Fendi family, taking it from sleepy furrier to fashion’s haute-est stratum. In 1984, he was handed the reins at Chanel, which had been gathering dust since its founder’s heyday. His collections for the brand displayed his knack for synthesizing old and new, high and low, and he used each season’s inspiration to conceive Chanel’s signatures anew. Lagerfeld created eight collections a year for Chanel and designed more than 100 collections for Fendi over the course of more than fifty years. Despite this pace, he never faltered in proposing new ideas each time he put pencil to paper.

Fendi Spring 2000 Embroidered Mesh Top
By Fendi, Karl Lagerfeld for Fendi
Located in Prague, CZ
Extremely rare piece from the iconic Fendi by Karl Lagerfeld collection with tags still attached. Size IT 40, recommended for sizes S and M. Measurements (flat lay on one side): A...
Category

FENDI – Iconic Black and Blue Blouse with 3/4 Kimono Sleeves Size 2US 34EU
By Fendi, Karl Lagerfeld for Fendi
Located in Cuggiono, MI
Juxtaposing Dark Blue and Black has always been an iconic trait of many Fendi collections. Introduced by Carla Fendi and then continued by Karl Lagerfeld, this symbol repeats in many...
Category

Karl Lagerfeld for Fendi fashion for sale on 1stDibs

1stDibs offers an extraordinary range of authentic Karl Lagerfeld for Fendi fashion. Those interested in this designer might also find the work of Stephen Burrows, Frida Giannini and Dynasty appealing. Find Karl Lagerfeld, vintage and haute couture designer on 1stDibs for Fendi fashion from top boutiques around the world. Karl Lagerfeld's prices for Fendi fashion vary depending on time period and other attributes. On 1stDibs, the price for these items starts at $895 and tops out at $12,812, while the average work can sell for $1,494. 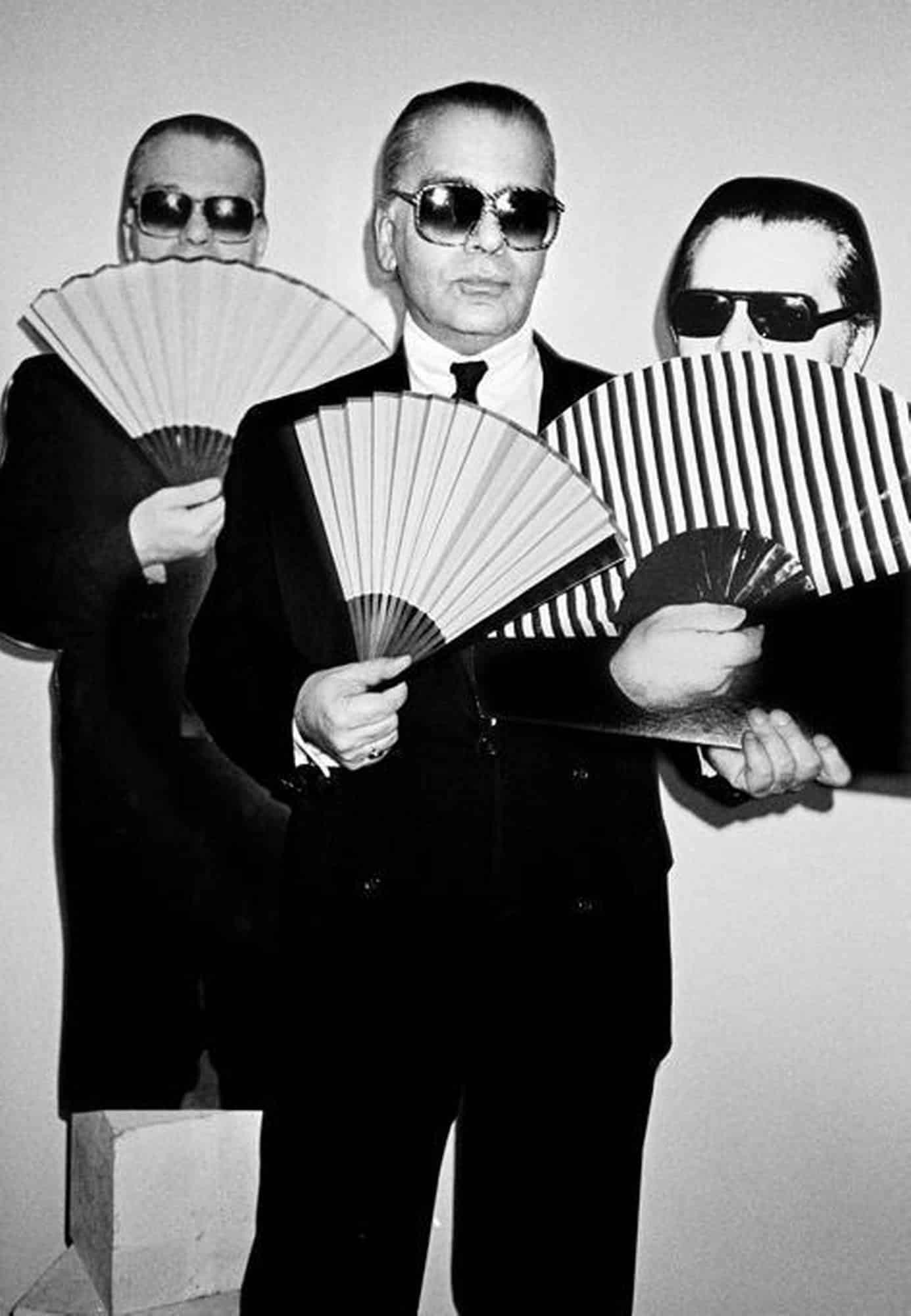