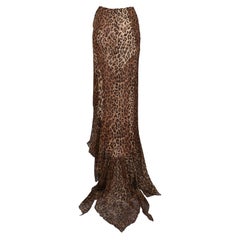 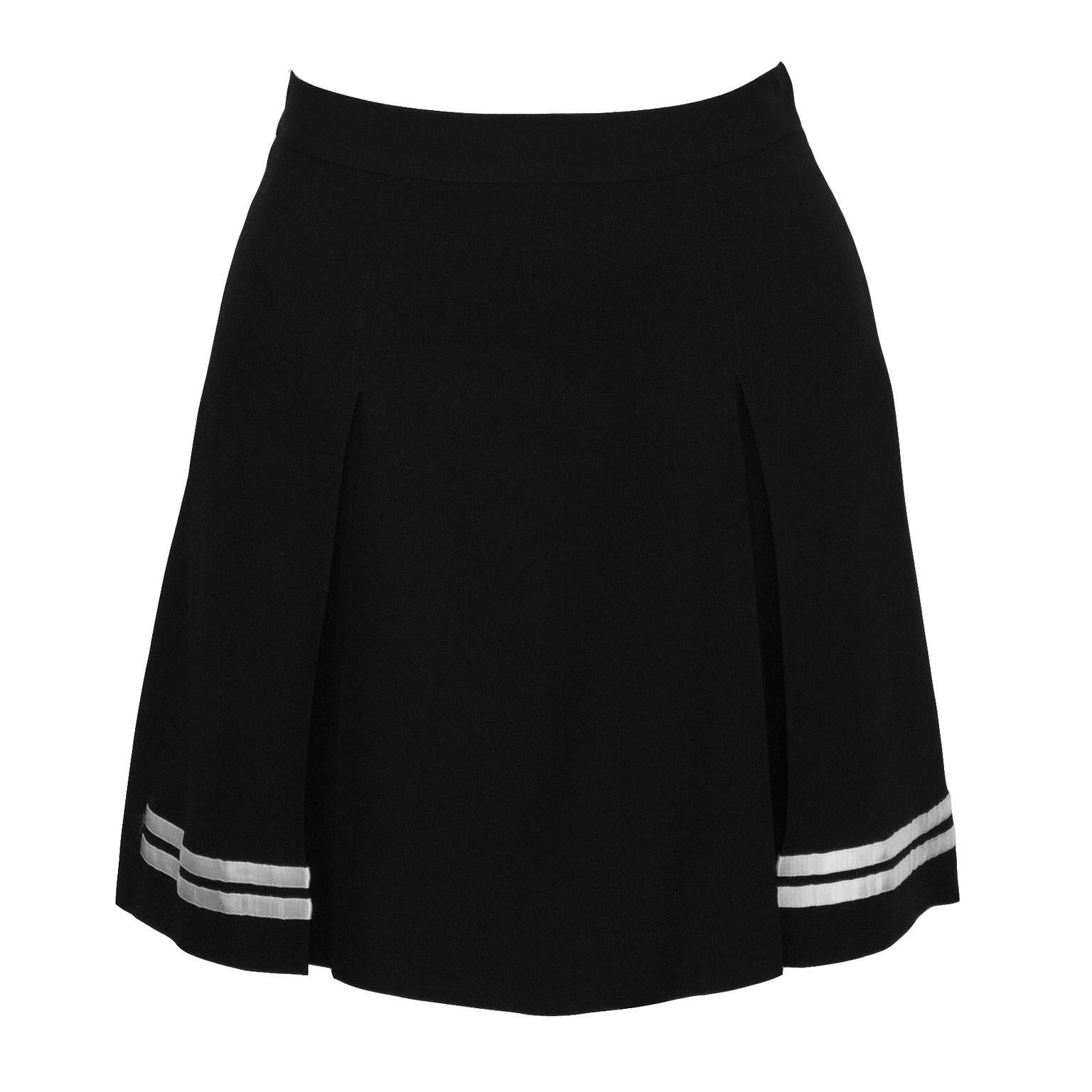 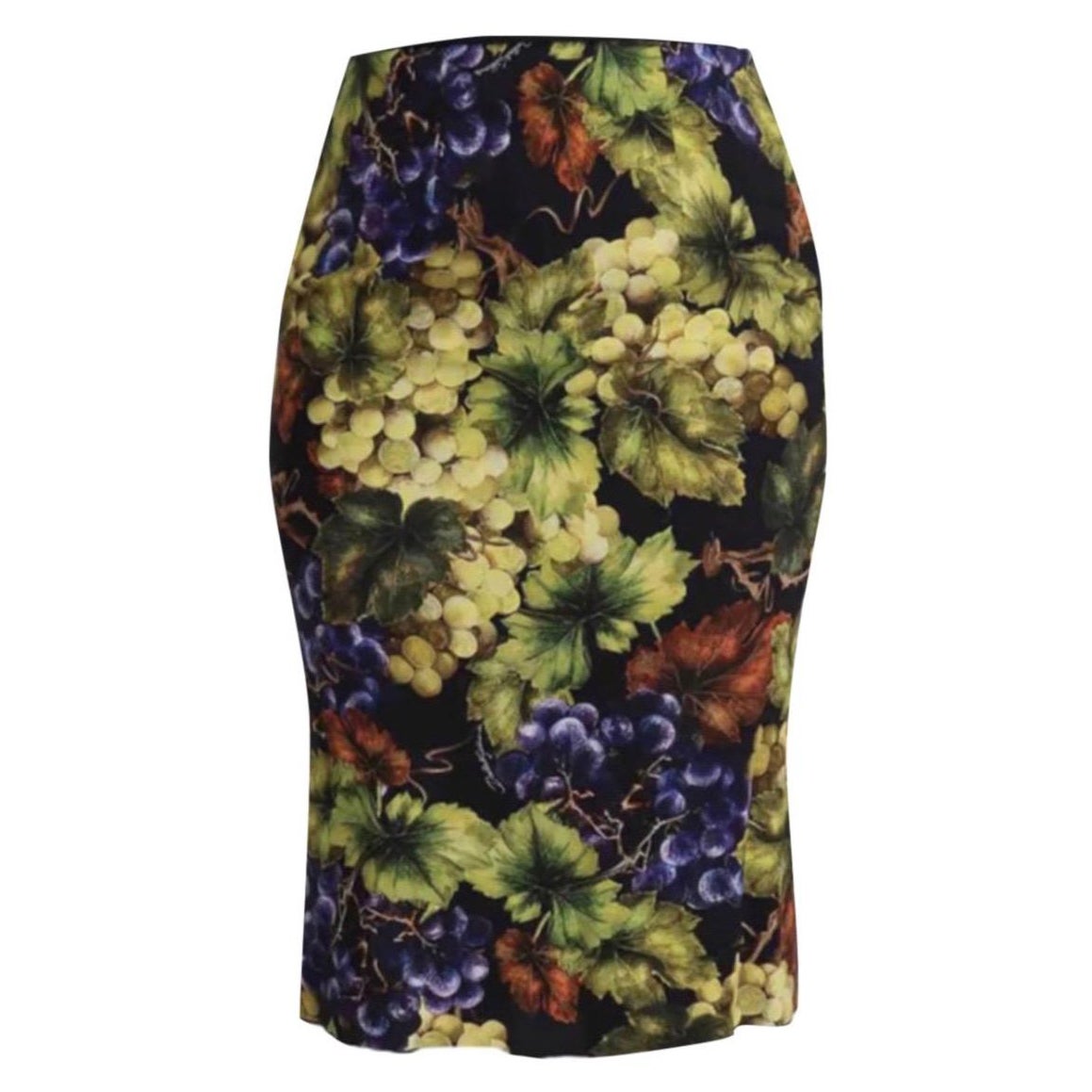 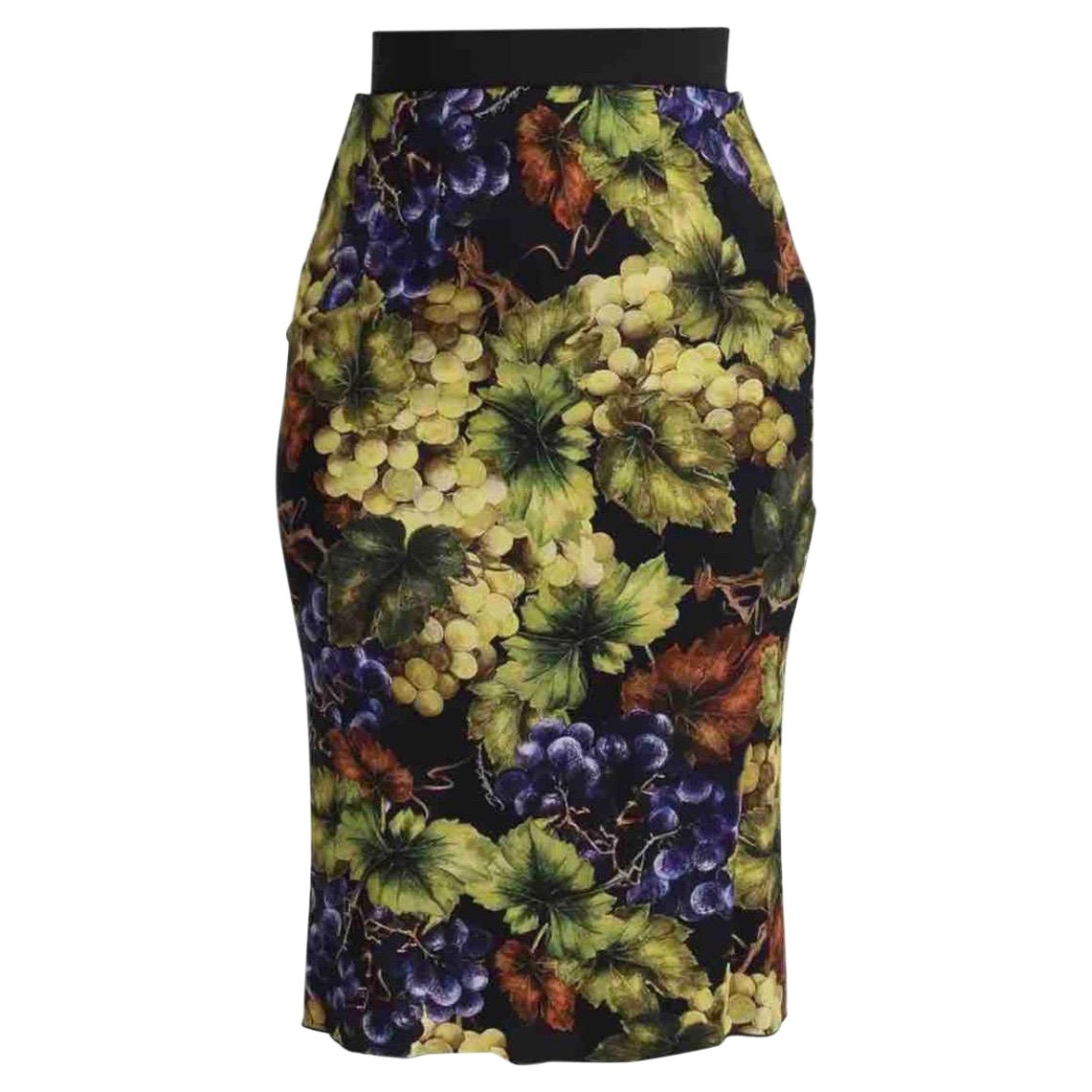 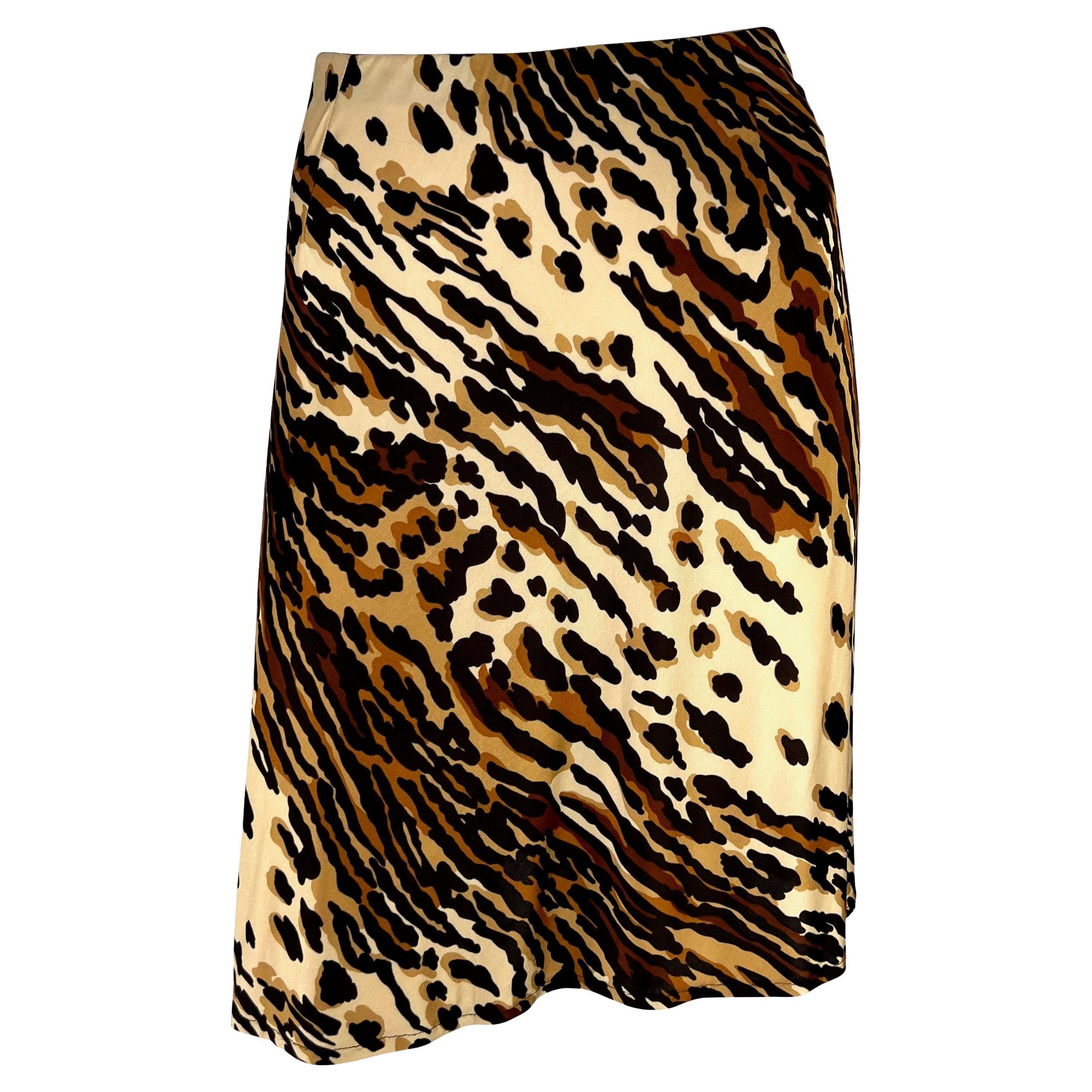 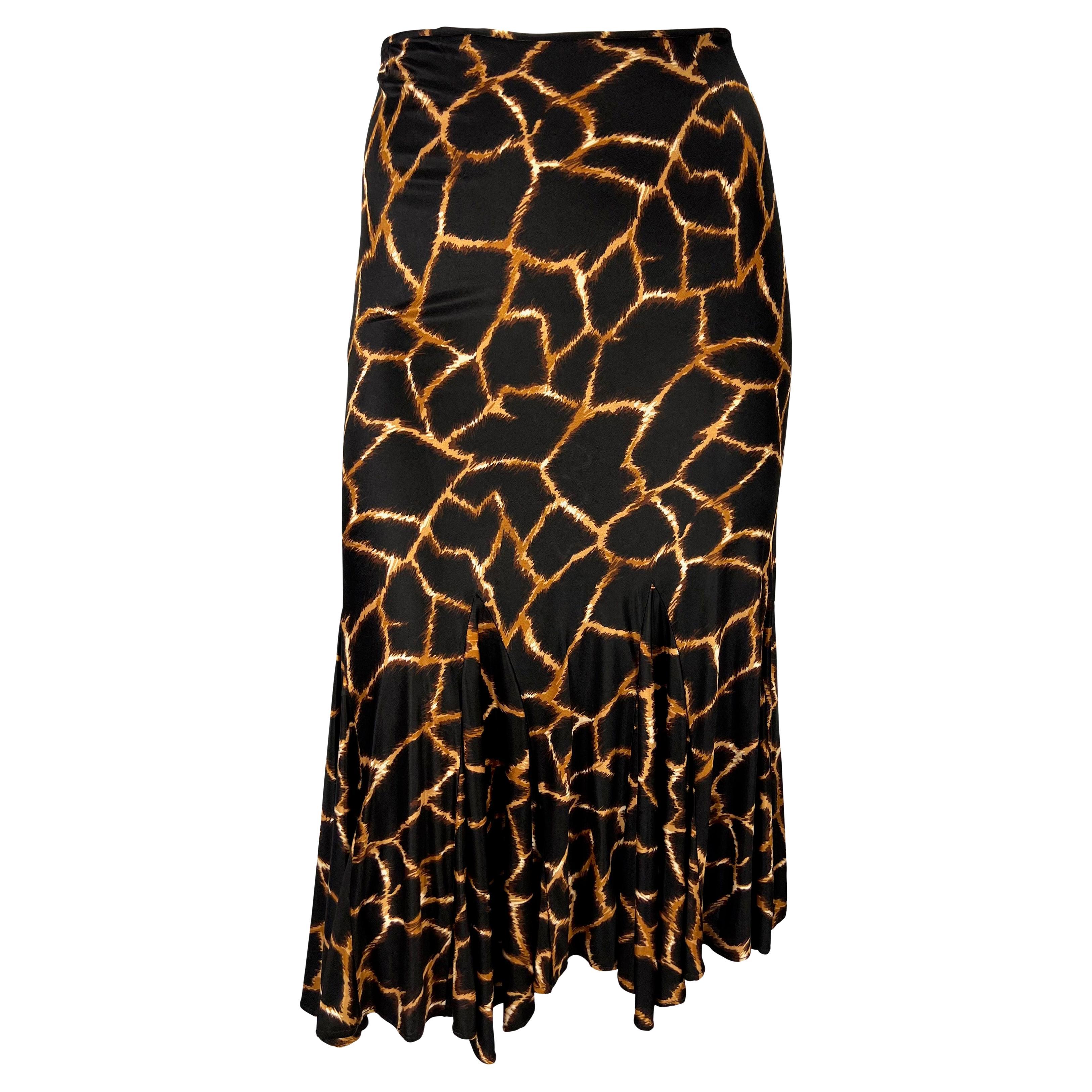 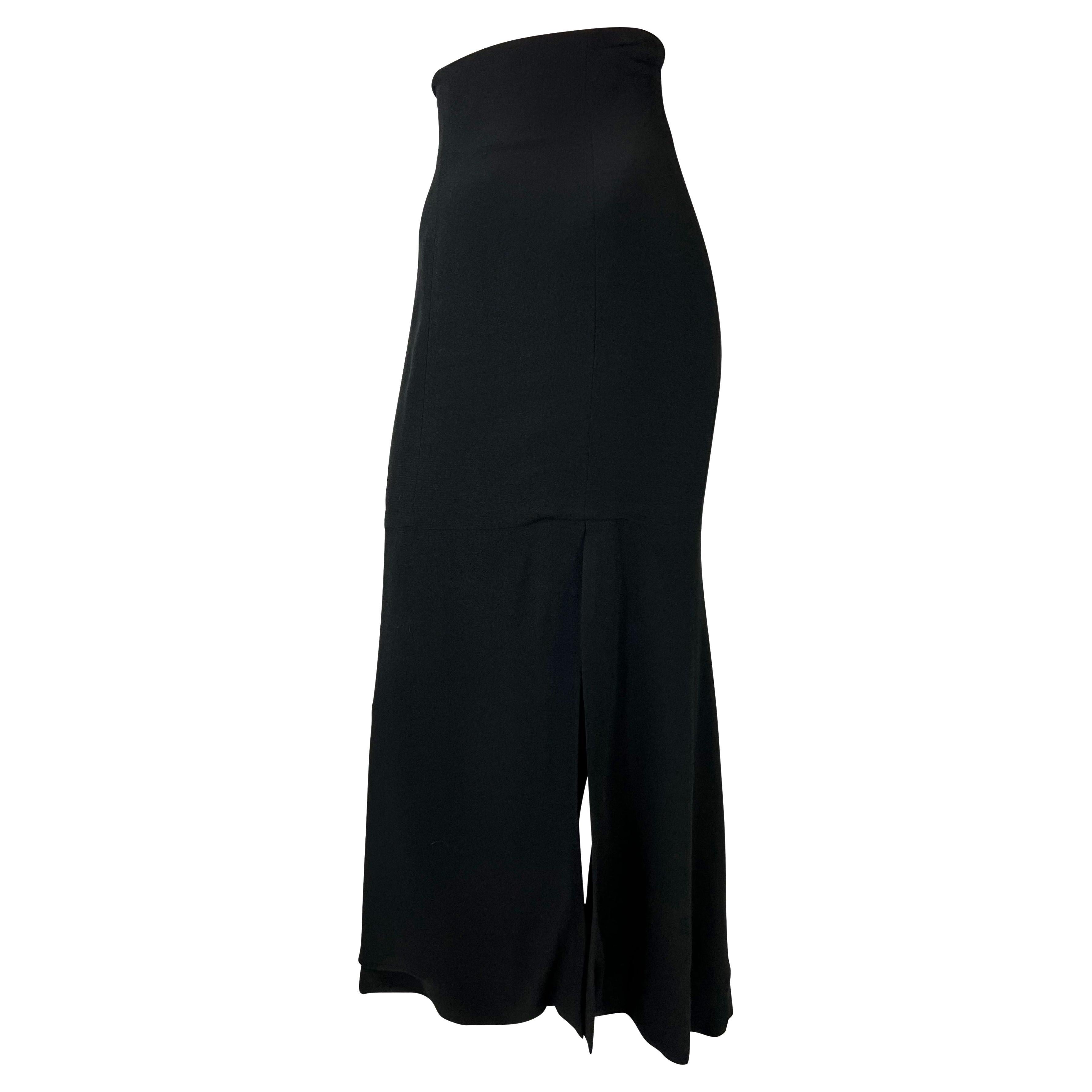 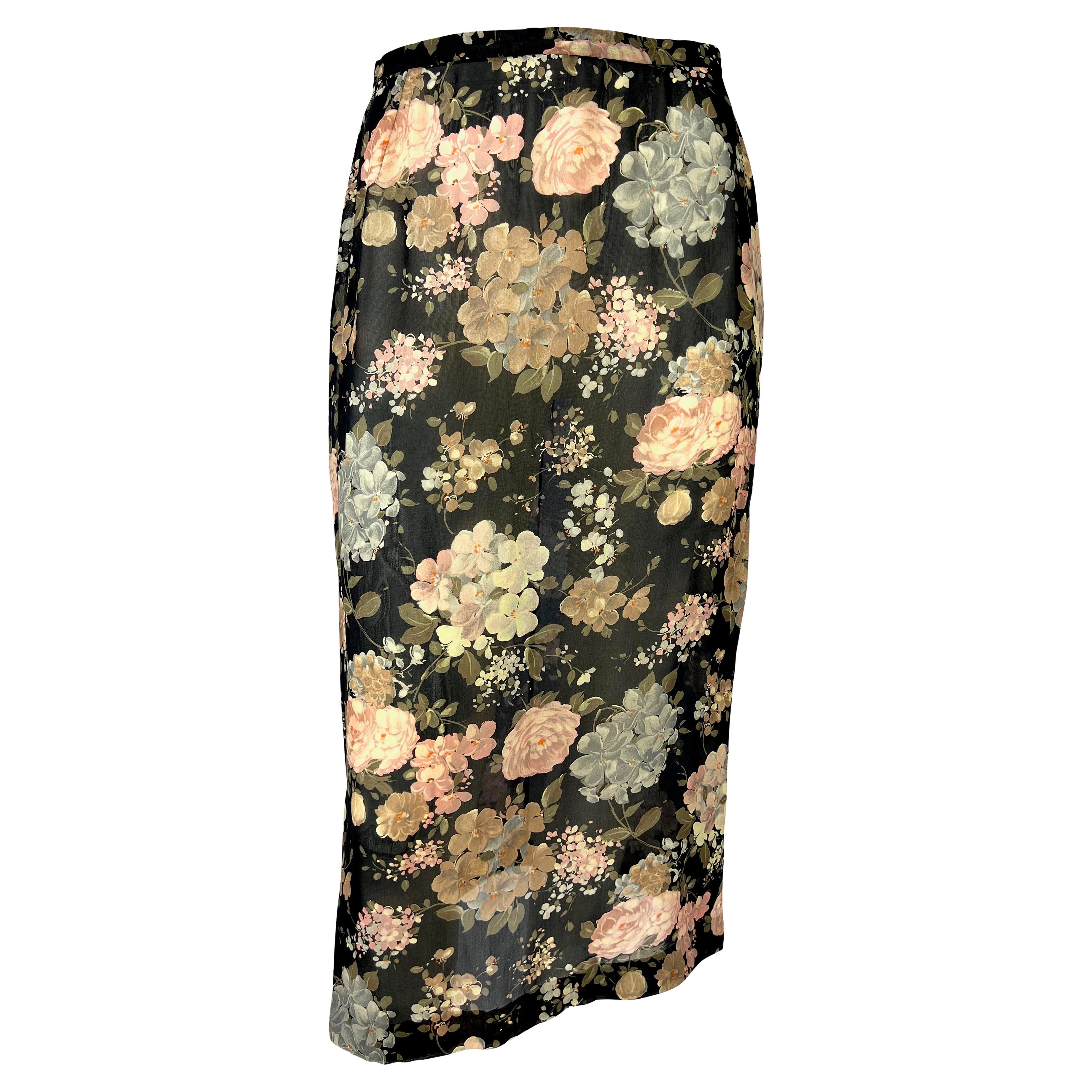 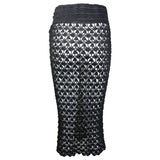 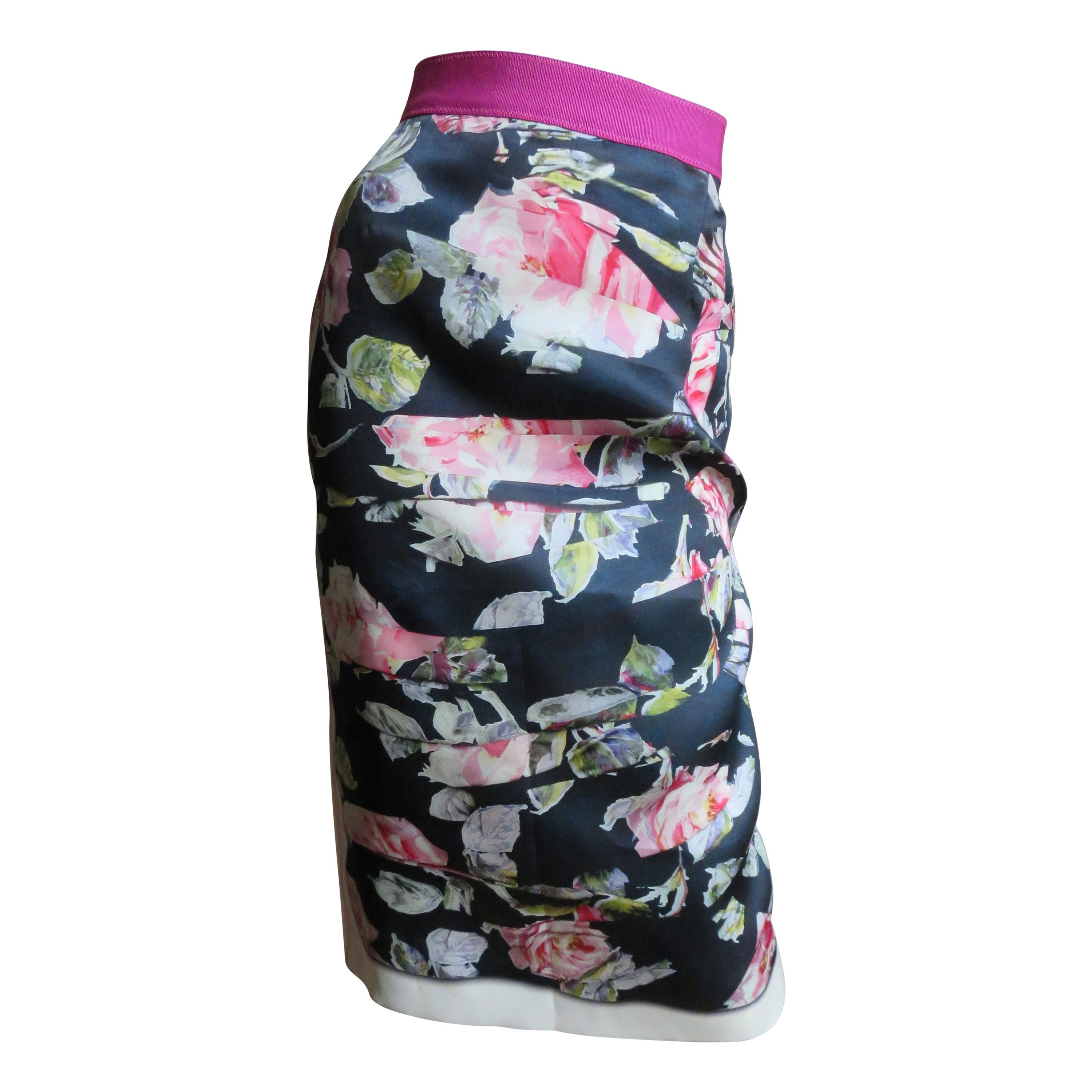 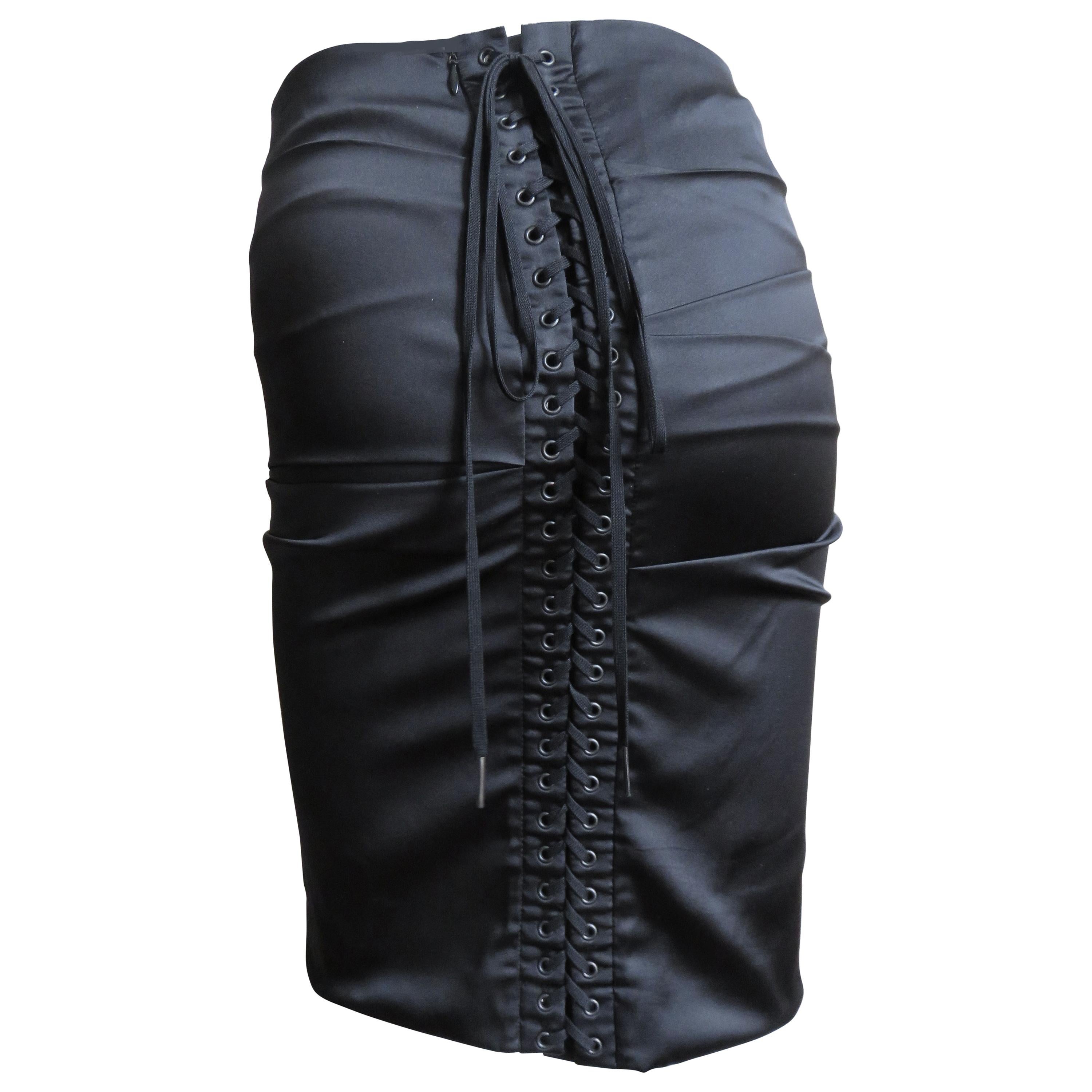 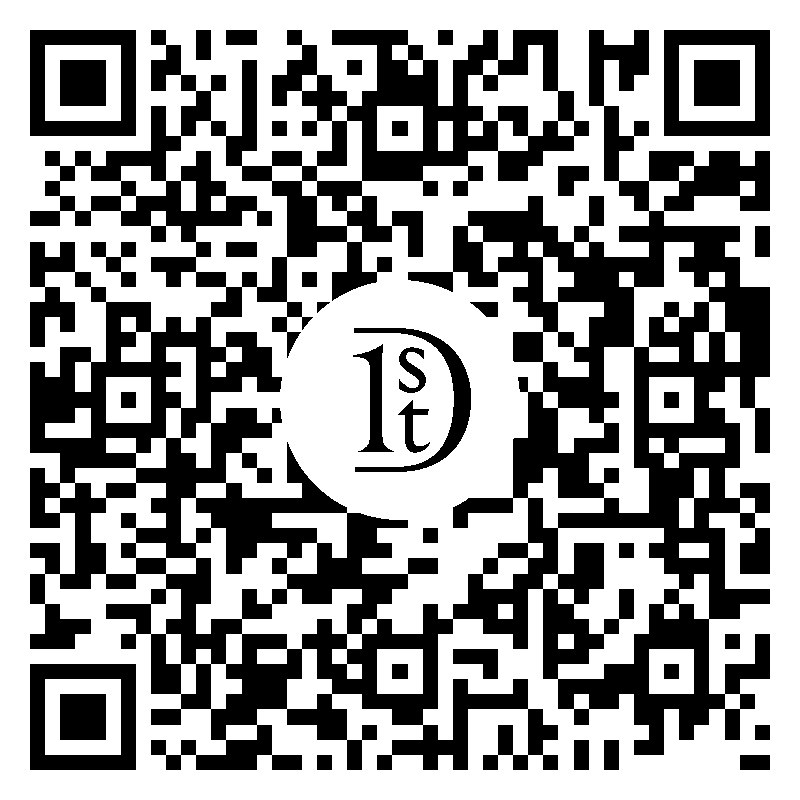 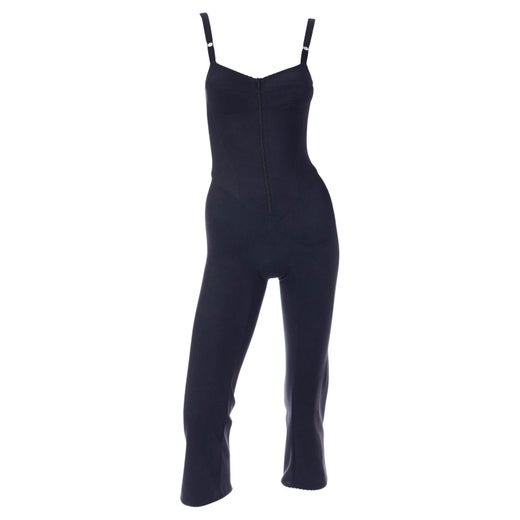 Shapely lingerie models, animal and floral prints and the Mediterranean heritage of Sicily have come to define the romantic and sensual style of Dolce & Gabbana, a leading international brand that from its earliest days of corsetry, copious lace and provocative silhouettes has challenged fashion with an audacious vision for femininity.

After meeting in Milan in 1980 while they were both working for Italian designer Giorgio Correggiari, Domenico Dolce (b. 1958) and Stefano Gabbana (b. 1962) would go on to establish their eponymous fashion empire in 1982. Three years later, a breakthrough for the duo materialized in the form of an up-and-coming talent showcase at Milan Fashion Week, where they unveiled an approach to fashion design that broke sharply from that of the era’s reigning Italian houses. By then romantic partners as well as a business, Dolce & Gabbana were outsiders. Soon, their distinctive garments — sexy, feathery skirts and stretchy jersey evening dresses that favored full figures — demanded the fashion world’s undivided attention.

Though Dolce & Gabbana forged a path in womenswear that would take shape with a 1986 collection called “Real Women,” the brand’s offerings broadened quickly to encompass knitwear, swimwear, lingerie, ready-to-wear, menswear and perfume. In the early 1990s, Madonna helped catapult the luxury house to international stardom: The renowned singer and actress famously tapped the brand to create the looks for her 1993 tour “The Girlie Show.” It saw Madonna working closely with the designers and even starring in their ad campaigns. Dolce & Gabbana has continued to develop a high-profile clientele that includes pop sensations such as Beyoncé and Lady Gaga. The latter donned Dolce & Gabbana’s armor corset dress in the music video for her hit single “Paparazzi.”

Rather than following the rapidly changing trends of fashion, Dolce & Gabbana have instead held to their close-fitting tailoring and decadent designs. The house continues to work with recurring themes such as the culture of Italy and Catholicism, which is manifest, specifically, in their widespread use of black lace, a fabric that references the dresses worn by Sicilian widows. The duo is also inspired by Italian cinema and its icons such as Gina Lollobrigida and Sophia Loren; in 2015 they introduced the Sophia No. 1 lipstick in her honor.

Although Domenico Dolce and Stefano Gabbana separated as a couple in 2005, they continued their business as a creative partnership. In 2012, they closed their less expensive D&G ready-to-wear line to focus on exclusive extravagance, such as their Alta Moda custom pieces. Today, Dolce & Gabbana maintains a popularity with a wealthy clientele, and the house’s 2020s collections have featured technological experiments that update traditional styles, such as a bouclé jacket with a pixel-like pattern, as well as throwbacks to the 1990s fashion that made the brand a household name.

About the Seller
4.6
Located in Los Angeles, CA
Recognized Seller
These prestigious sellers are industry leaders and represent the highest echelon for item quality and design.
Established in 1996
1stDibs seller since 2009
379 sales on 1stDibs
Typical response time: 13 hours
More From This SellerView All
People Also Browsed
You May Also Like 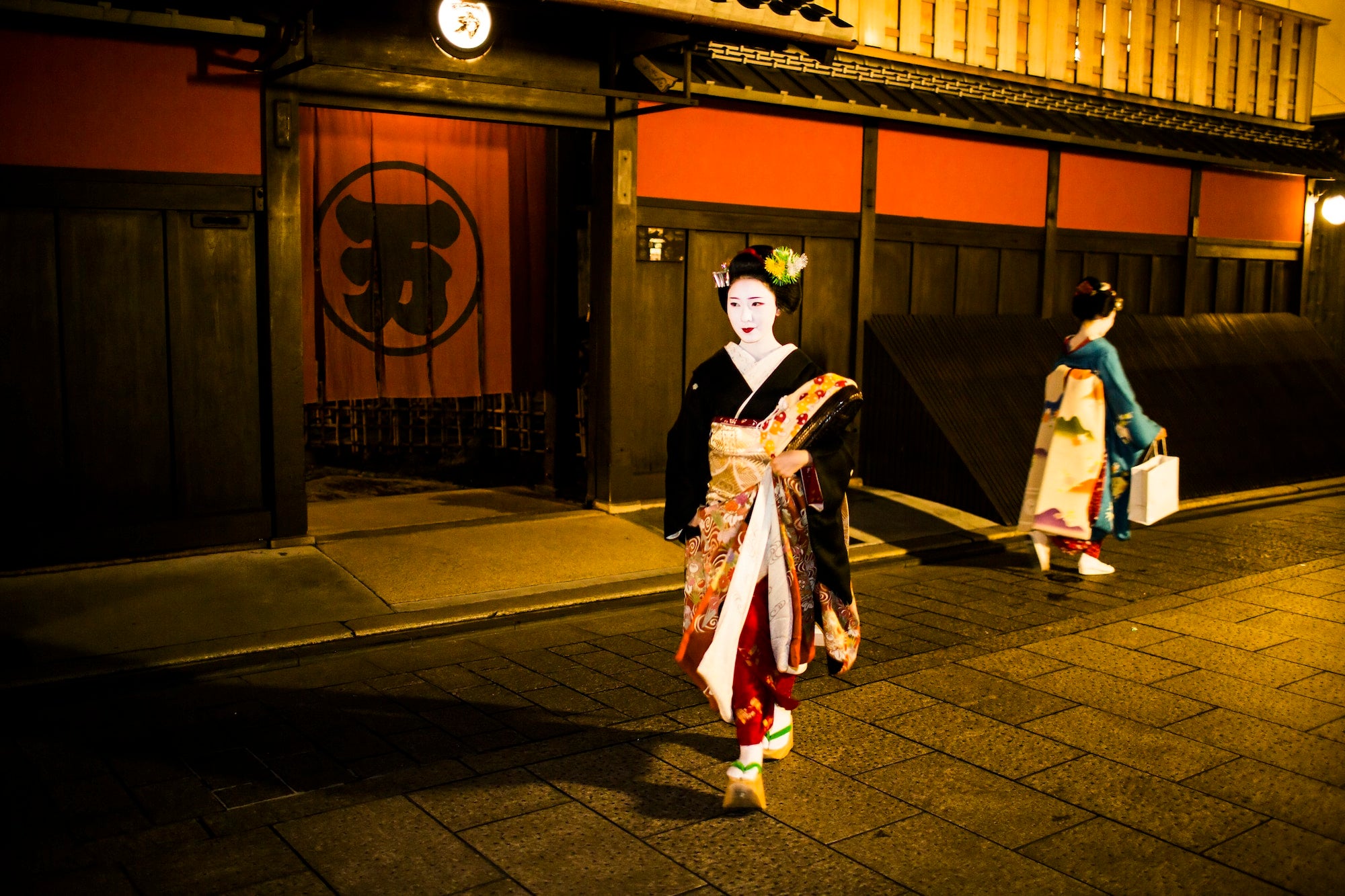