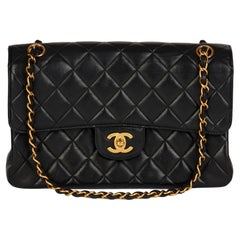 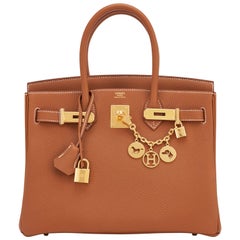 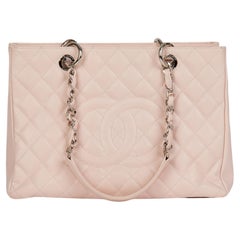 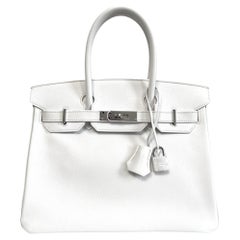 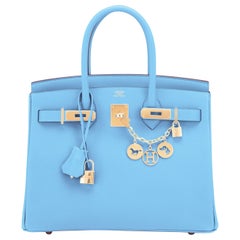 Aigner Black Signature Embossed Leather Cavallina Tote
By Aigner
Located in Dubai, Al Qouz 2
Designed to look nothing but flawless, this Cavallina bag from Aigner is a dream you can add to your collection! Fabulous in black, it comes crafted from leather and features dual to...
Category

Gucci Brown Guccissima Leather Bamboo Tassel Indy Satchel
By Gucci
Located in Dubai, Al Qouz 2
This stunning Indy bag from Gucci will make a standout addition to your collection. The gorgeous bag is crafted from leather and styled with bamboo detailed tassels and dual handles....
Category

Handmade handle python bag
Located in Capri, IT
Prima defies gravity. Like a graceful yet strong dancer, she carries the bag on a single foot of the handle. Stunning yet sturdy, she makes her powerful statement. Her crystals will ...
Category

Although part of a modern look, tote bags have been roomy and versatile accessories since at least 1944, with the launch of L.L.Bean’s “ice bag.” The Maine retailer, then largely known for rugged field coats and hunting shoes, had introduced a big, durable canvas bag that was initially intended to carry firewood or ice. In those days, to keep produce and other foods cool in refrigerators, consumers had to regularly replace the blocks of ice that were doing all the work in their bulky appliances. There was no better bag to help haul big blocks of ice from the trunk of your car to your front door and, subsequently, to your kitchen.

Years later, during the 1960s, L.L.Bean’s Boat and Tote was introduced as an overhauled structured canvas version of the ice bag. Tested to lug up to 500 pounds, the Boat and Tote became a best seller. Also during the 1960s, American designer Bonnie Cashin created the Cashin Carry for Coach. Cashin was Coach’s first lead designer, and she liked leather, large pockets and earth tones. Her modern interpretation of the tote bag introduced a touch of elegance to this increasingly ubiquitous accessory.

In the subsequent decades, more brands debuted their own iterations of the tote bag, from Tory Burch’s Perry leather tote bag to Louis Vuitton’s Neverfull.

Pay tribute to this long and interesting history of a well-loved accessory by browsing the vintage and designer tote bags on 1stDibs.