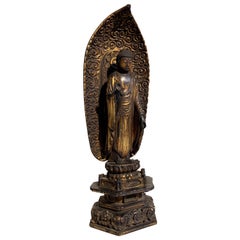 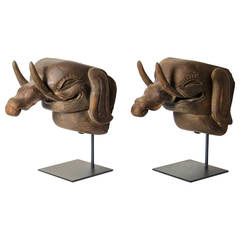 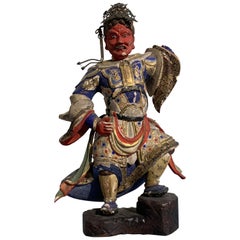 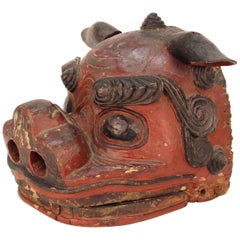 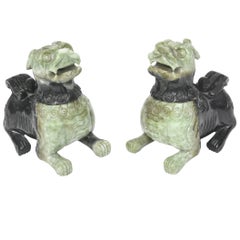 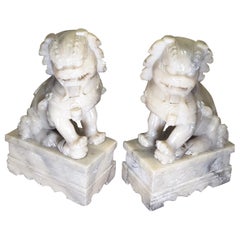 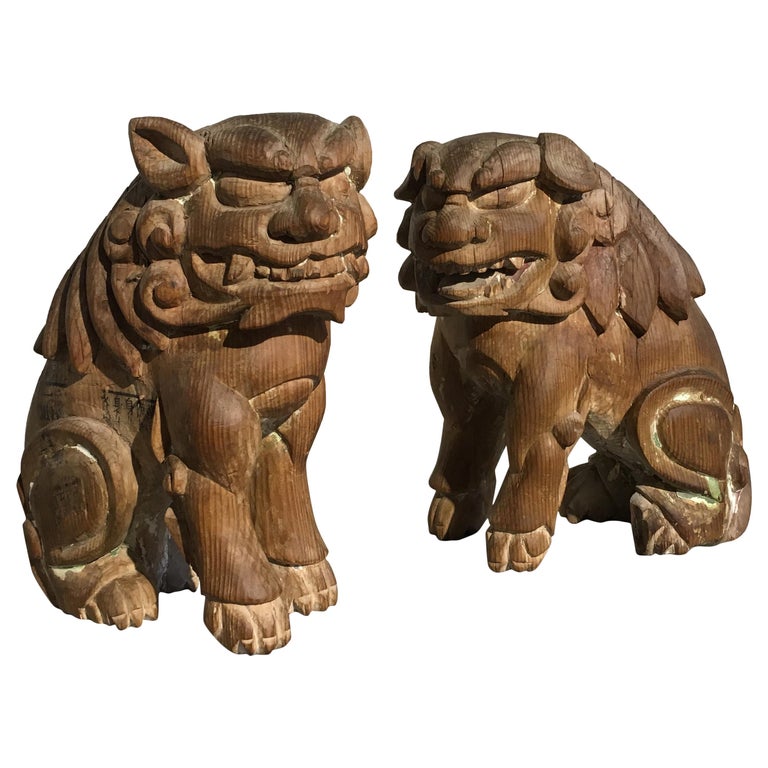 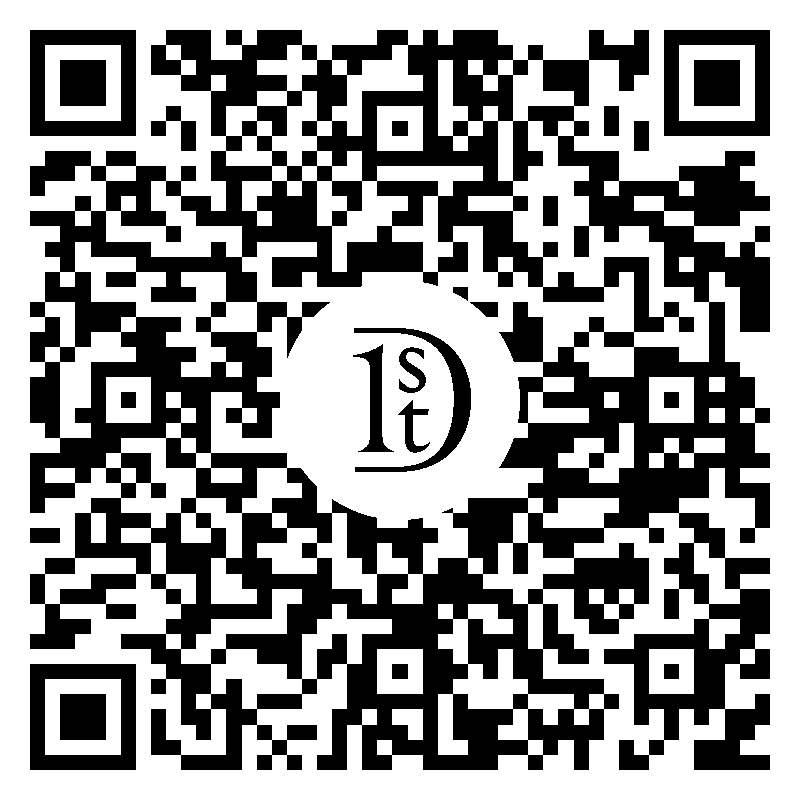 A charmingly grotesque pair of Japanese mingei (folk) carved guardian lions, komainu, Edo Period, early 19th century. Each carved from a single block of hinoki (Japanese cypress) wood. They are portrayed seated on their haunches, hunched, as if ready to pounce. Their oversized heads surrounded by a bushy mane, with bulging eyes, teeth bared in a ferocious grin. One has its mouth open, performing the Buddhist seed syllable "ah" (beginning), the other with its mouth closed, expressing the Buddhist seed syllable "un" (end). Taken together, they represent the cycle of life, and symbolize balance. Komainu are commonly confused with the related karashishi, and are often referred as foo lions or foo dogs. These statues would originally have been gessoed and polychromed. Time has stripped them of most of their decoration, revealing the richly grained wood underneath, with only remnants remaining in the recesses of the haunches. Of some note is the paper dedicatory consecration still attached to one figure.

Founded in 2001, Lotus Gallery offers a carefully curated selection of furniture, jewelry, sculpture and works of art spanning millennia, continents and cultures. Although it seeks out beauty in all its forms, they specialize in Asian antiquities, especially Chinese pieces from the Han and Tang d...