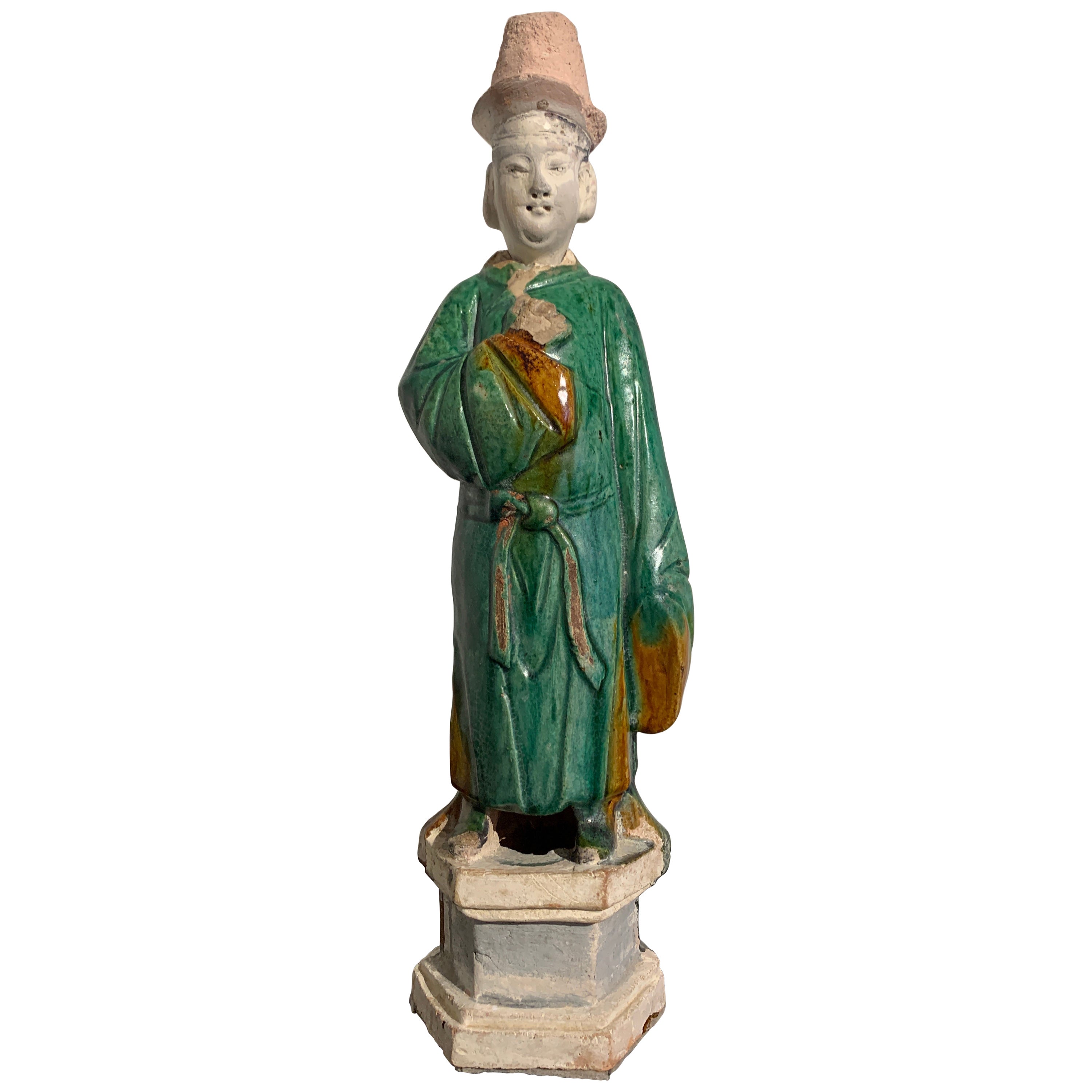 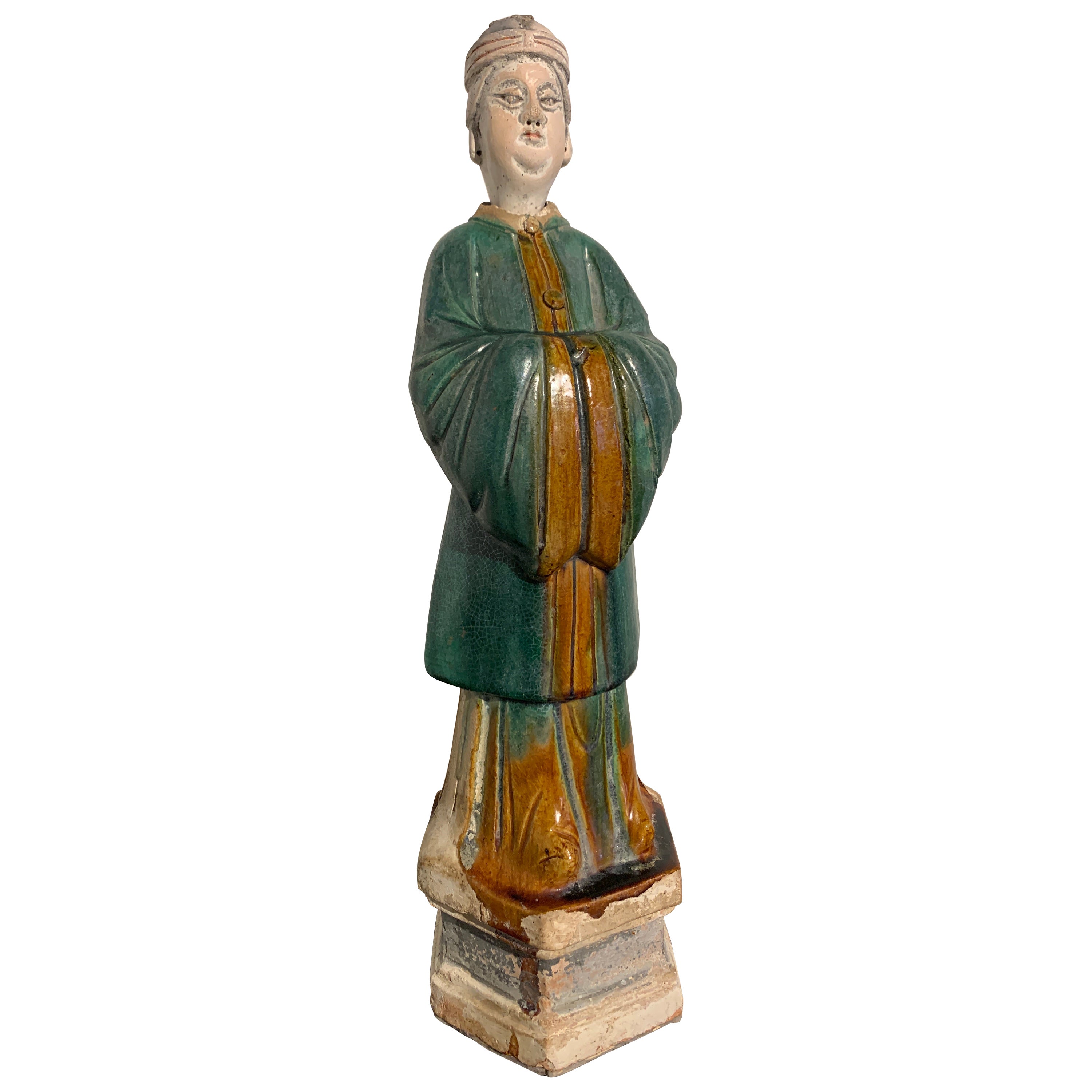 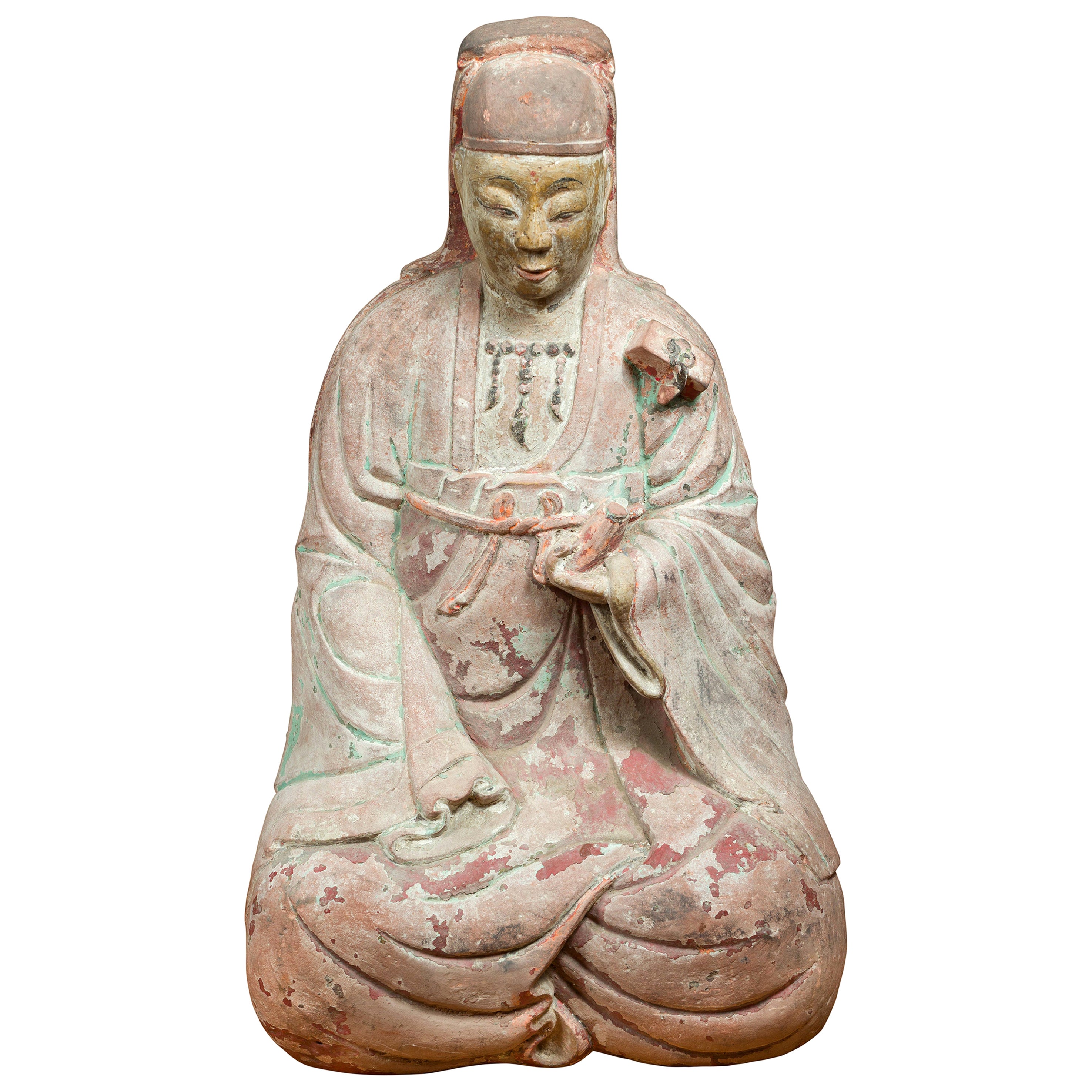 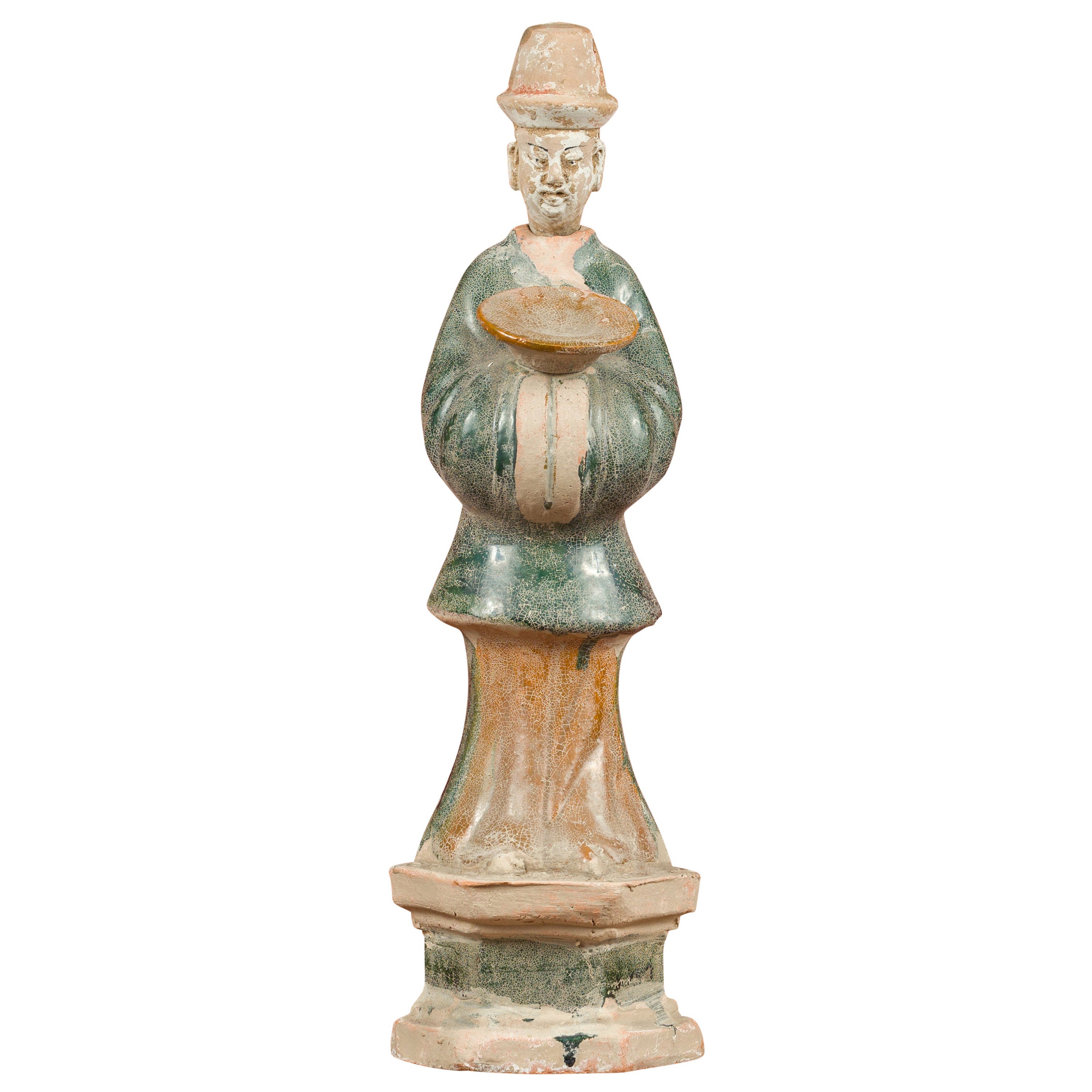 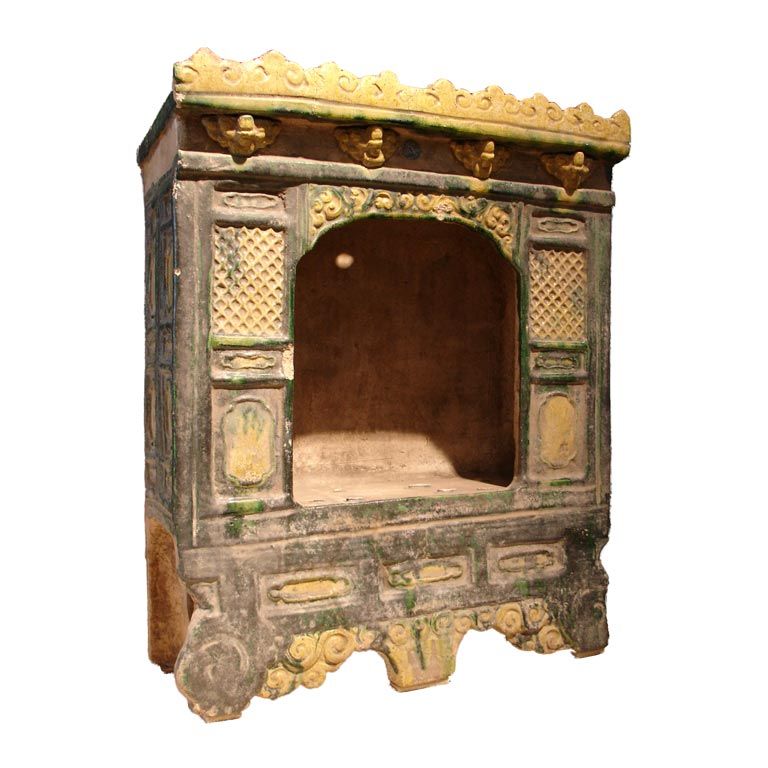 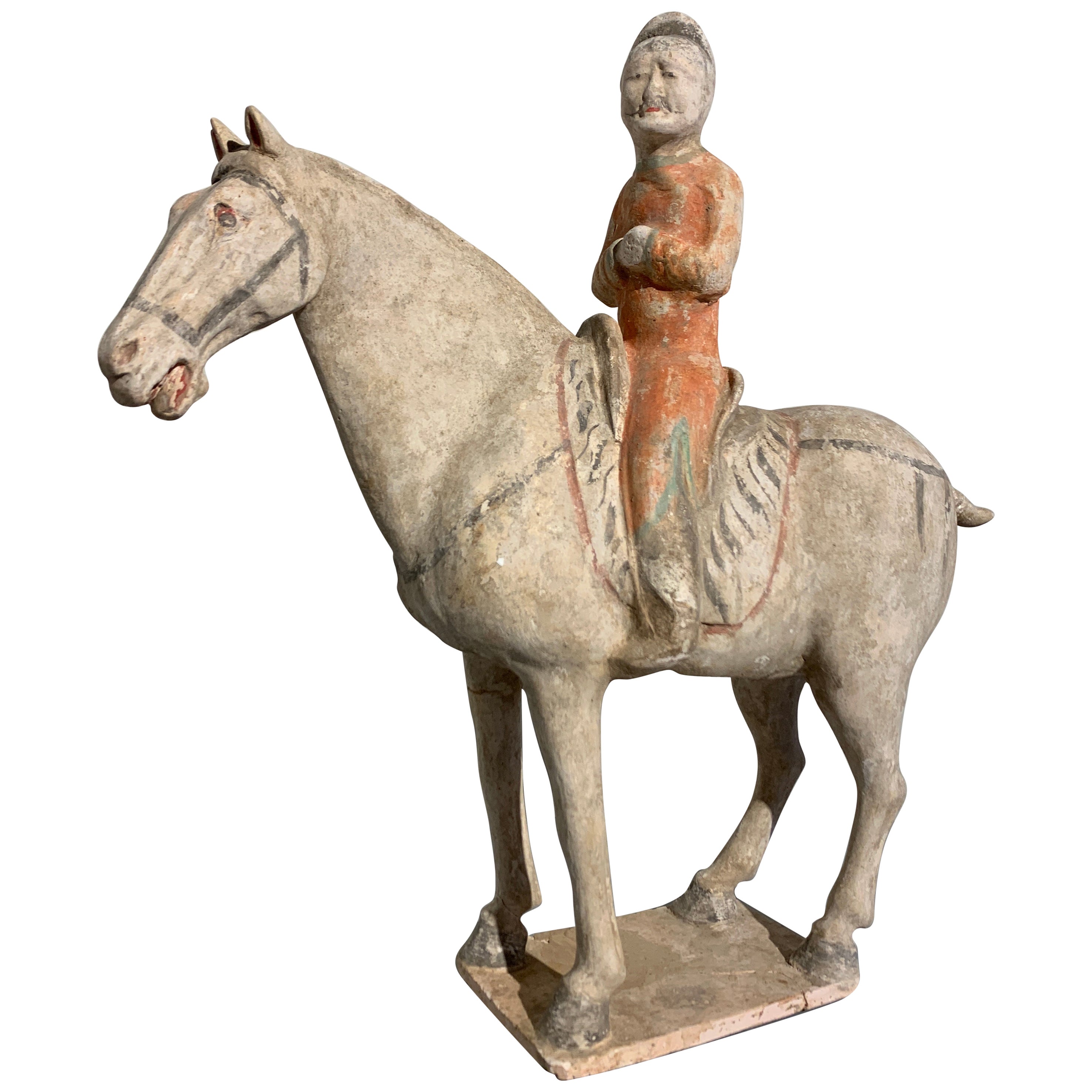 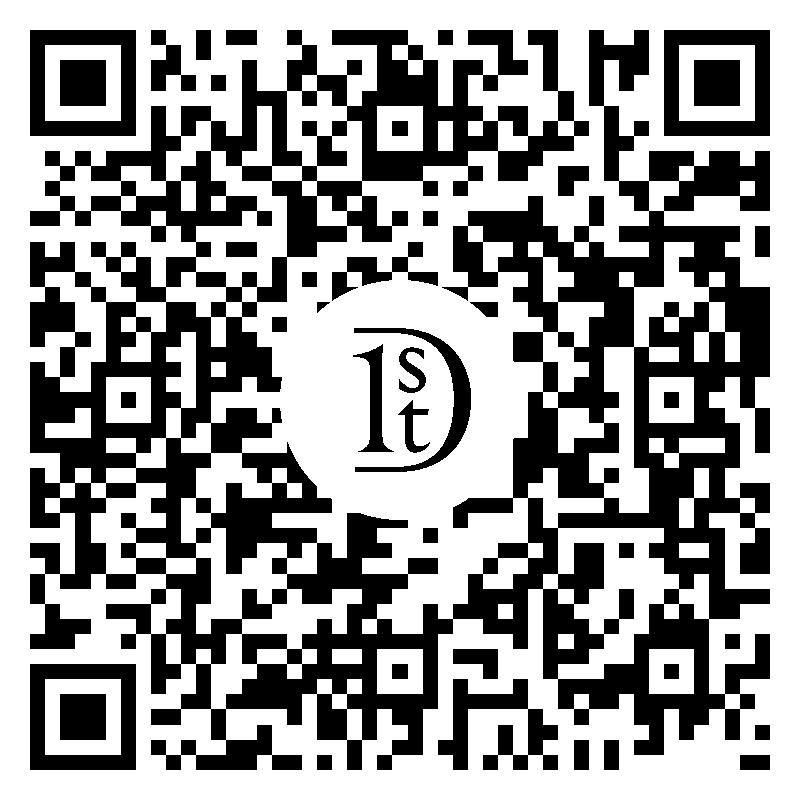 A charming Chinese Ming Dynasty figural group of a horse and rider with an associated attendant, green glazed pottery, Ming Dynasty (1368 to 1644), circa 16th century, China. The group comprised of a horse with a mounted rider, and a separate attendant. Crafted in pottery, with areas of green glaze and cold painted pigments. The horse typical of Ming Dynasty pottery horses, with a more pony like stature and appearance, and almost cartoonish countenance. The horse is outfitted with a saddle and blanket, with a bridle and other tack. A figure sits in the saddle upon the horse's back, his arms held in front of him as if holding reigns. He is dressed in dark glazed robes with a tall red painted cap. The separate attendant figure stands upright, similarly dressed in a green glazed robe and a red painted tall cap. He holds one arm out, as if holding a lead. Measurements: Horse and rider: 11.5" H x 12.25" W x 4" D Attendant: 10.25" H x 5" W x 3" D Figures such as these were made in large groups, often depicting processional retinues, with attendants, musicians, horses, and sedans. They were made for tombs of wealthy and high ranking individual, representing their station in life, and hopes for the afterlife.

Chinese Ming Dynasty Painted and Carved Statue of Guanyin, 15th or 16th Century
Located in Yonkers, NY
A Ming dynasty period 15th or 16th century painted stone sculpture of the Bodhisattva of Compassion Guanyin in a seated position. Created in China during the Ming dynasty, this marbl...
Category

$1,300
Early 17th Century Chinese Ming Sancai Glazed Arhat
Located in Chicago, IL
This imposing figure is the head of an Arhat, a Buddhist devotee who has attained enlightenment, also called a “Luohan.” The eighteen original Arhat are the personal disciples of Bud...
Category

$28,800
Chinese Ming Dynasty Carved Wood Budda
Located in Dallas, TX
A carved wood Budda from the Shanxi region, made during the Ming Dynasty. The carved figure has an ancient polychrome finish.
Category