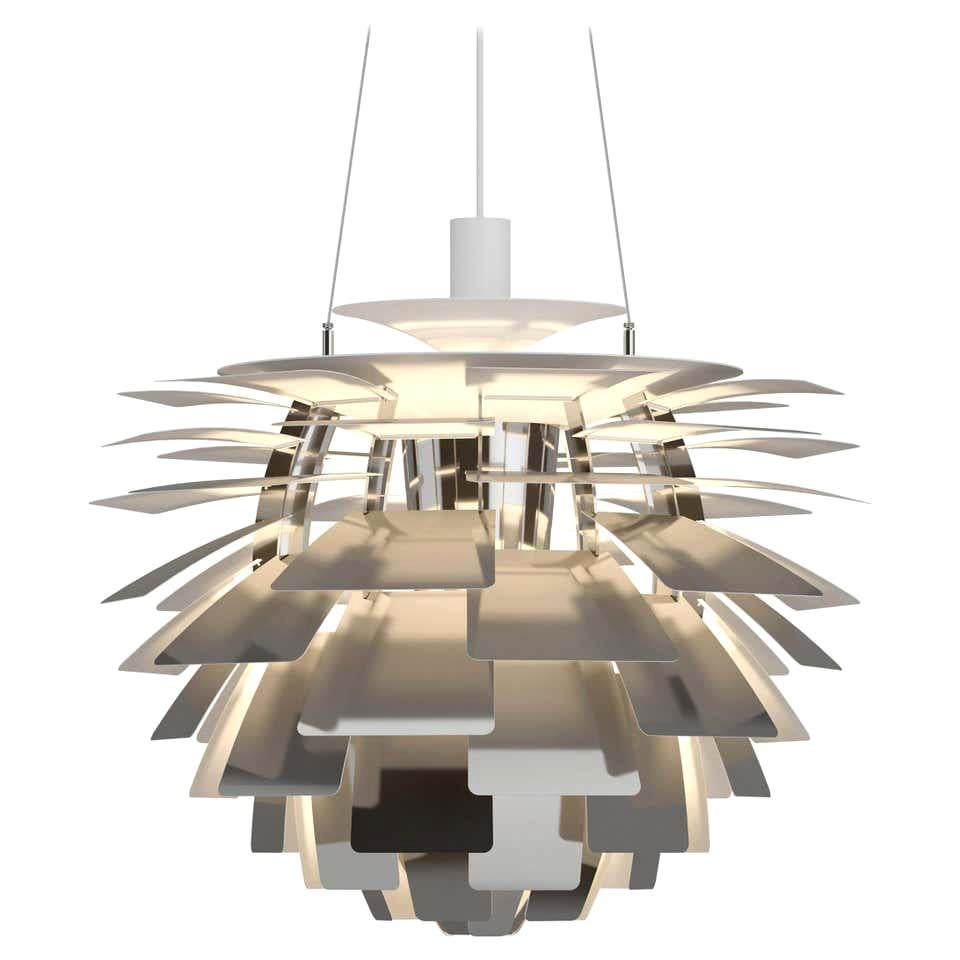 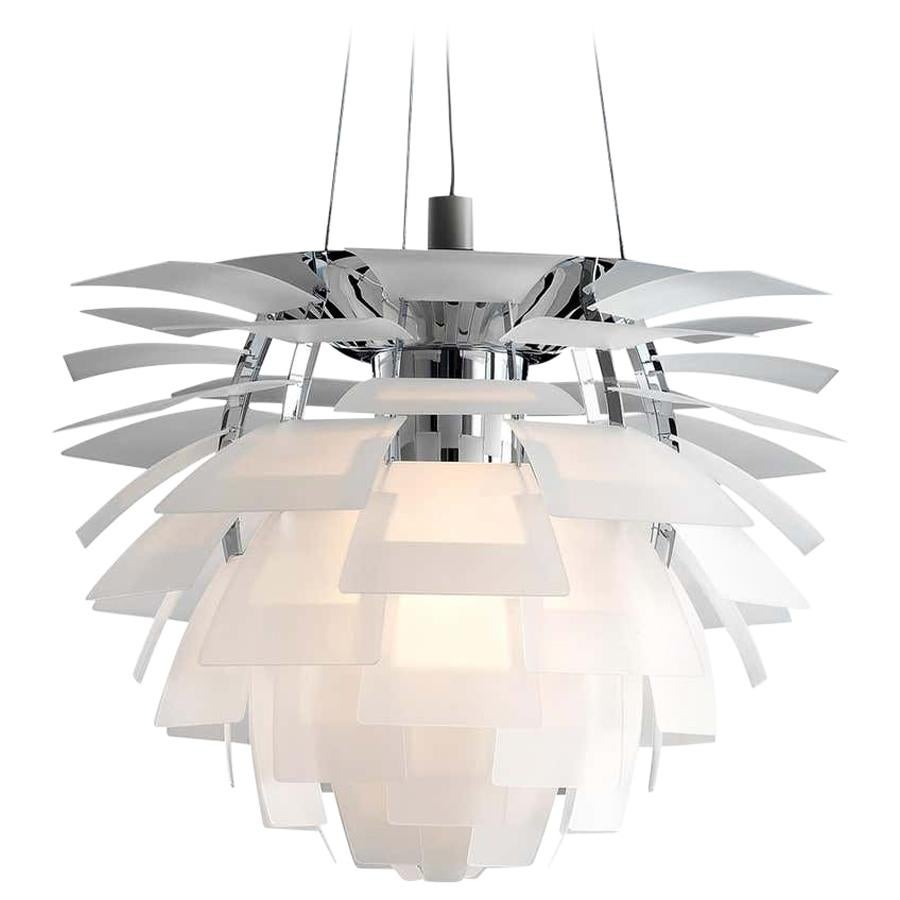 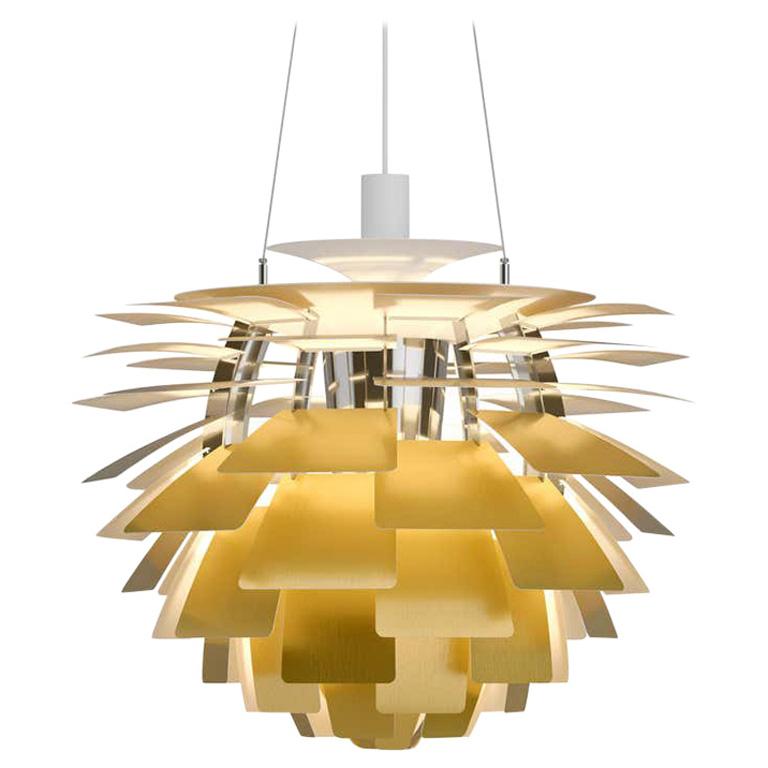 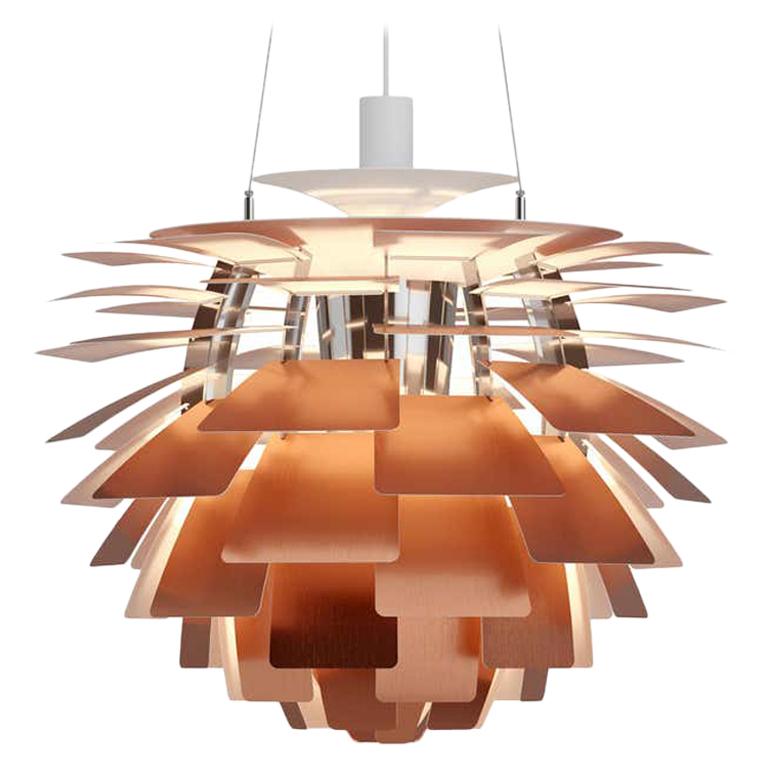 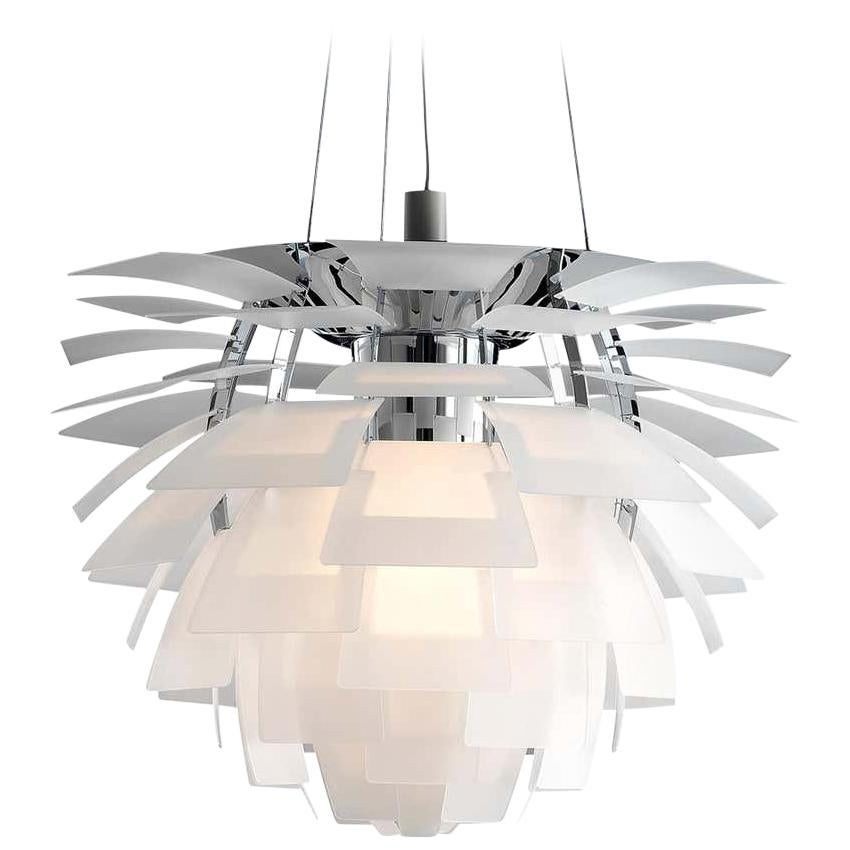 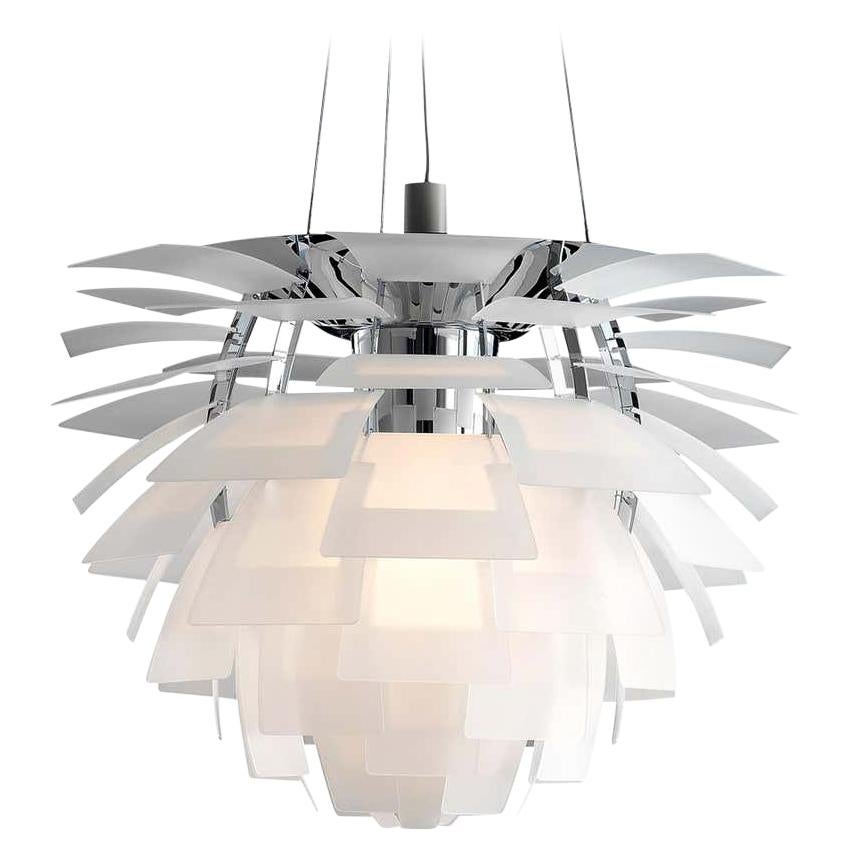 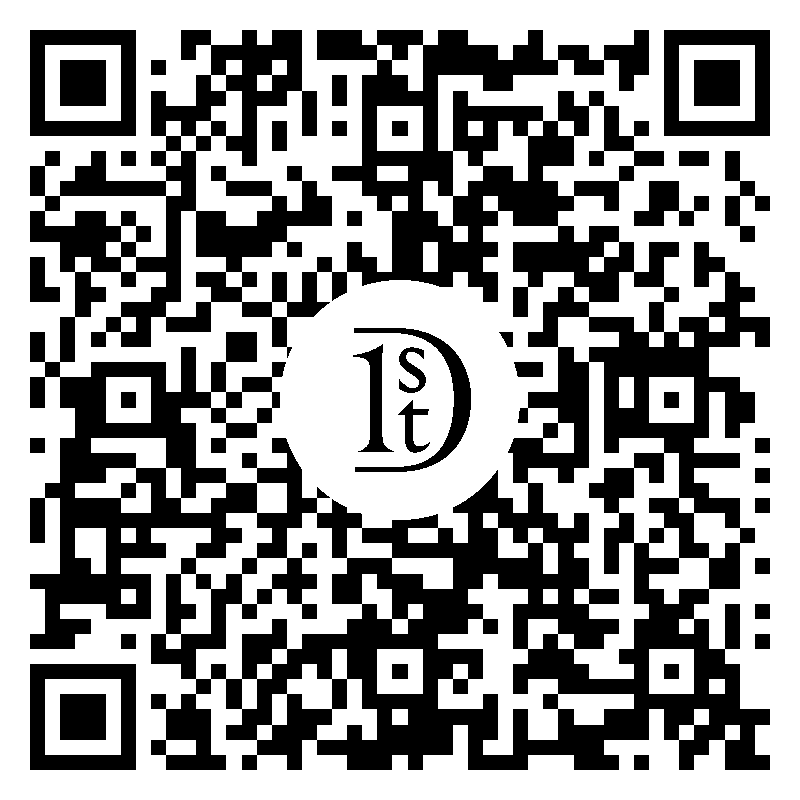 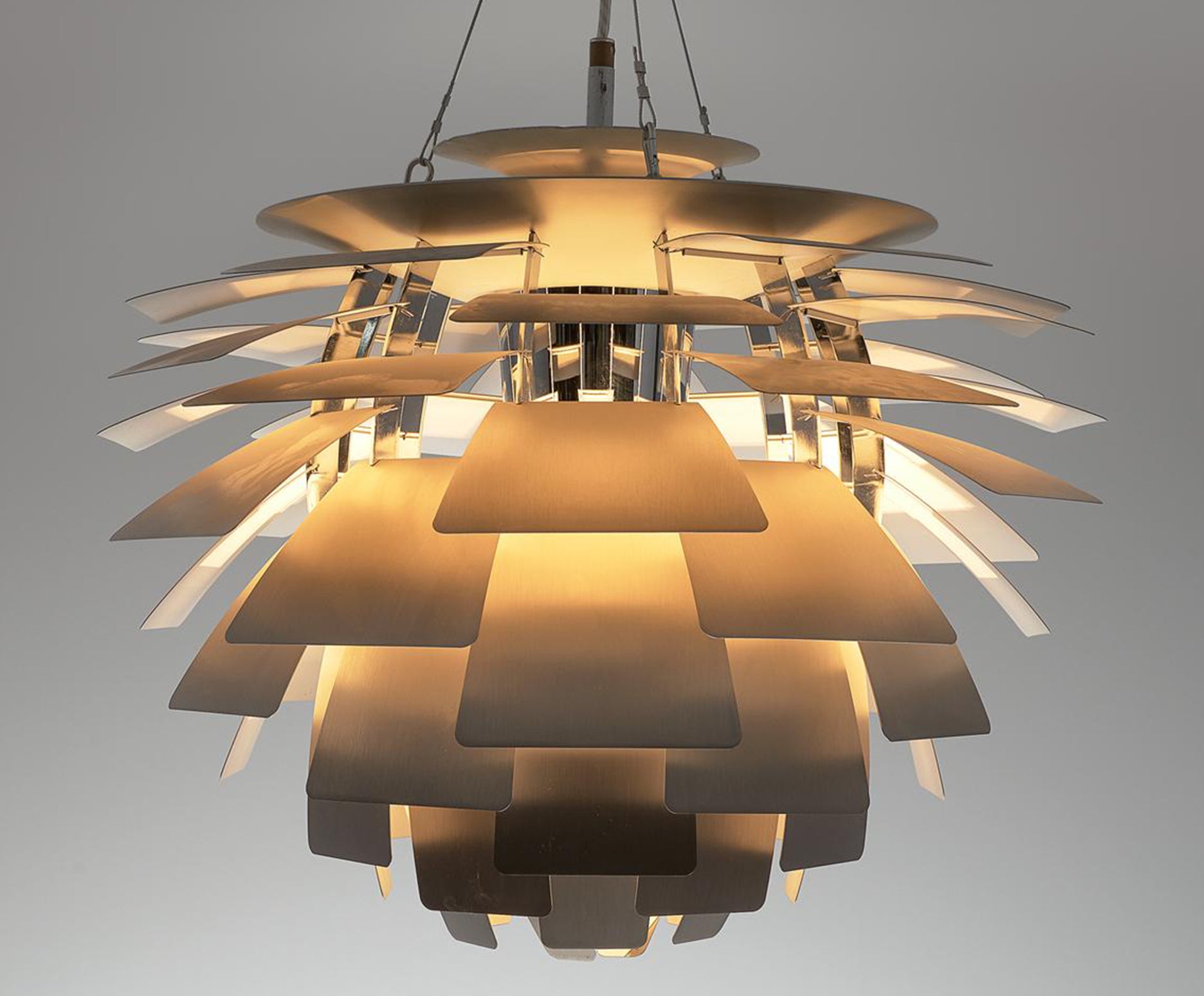 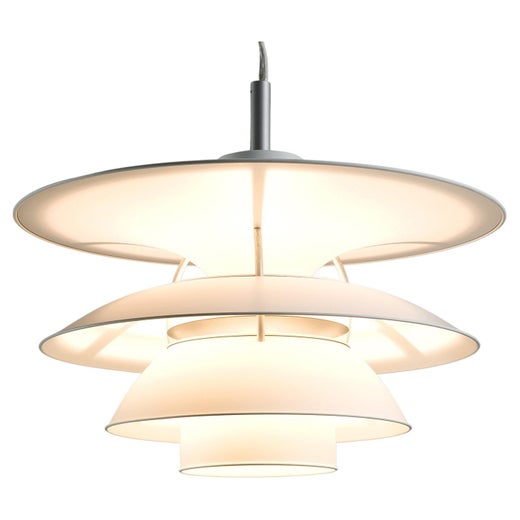 Louis Poulsen is world-renowned as an innovator in modern Danish lighting, but this wasn’t the goal from the start. Founded in 1874 by Ludvig R. Poulsen as a wine importer, the business went through several incarnations before its first pendant lights came to fruition. Through its designs, the company helped establish the foundations of good lighting — function, comfort and ambience — that are now standard in modern furniture design.

In 1924, Danish architect Poul Henningsen partnered with Louis Poulsen & Co., then an electrical supply company, to create what’s now known as the Paris lamp. This design, which incorporated three layers of curved metal disks, created ambience with its indirect light instead of glare. Shown at the 1925 Exposition Internationale des Arts Décoratifs et Industriels Modernes in Paris — the exhibition that brought Art Deco design to worldwide attention — the Paris lamp was awarded a gold medal. This led to Poulsen and Henningsen working together on several lighting pieces, including the popular PH pendant light with its concentric shades for the Forum Building in Copenhagen. These high-profile projects helped make Louis Poulsen a go-to purveyor of innovative lighting design.

One of the company’s most well-known lamps is Henningsen’s PH Artichoke lamp (1958), with its 72 copper leaves artfully placed to conceal the light bulb, prevent glare and promote a warm, alluring glow in any room. Another is the steel and die-cast zinc AJ lamp (1960), which Arne Jacobsen designed with an adjustable angled shade for his commission for the SAS Royal Hotel in Copenhagen. The company has also worked with notables such as Verner Panton and Alfred Homann as well as, more recently, Louise Campbell and Oki Sato.

In 2010, the company was awarded the American Institute of Architects’ Honors in Collaborative Achievement Award; it was the first lighting manufacturer to receive this honor. In 2018, the company was acquired by an investment subsidiary of Investindustrial VI L.P. Still headquartered in Denmark, the brand continues to produce its high-end lighting for both indoor and outdoor use, manufacturing both classic icons as well as new designs. “We design to shape light,” states Louis Poulsen. In doing so, they have also shaped culture.

Find a range of new and vintage Louis Poulsen floor lamps, table lamps and other lighting and furniture on 1stDibs.

1stDibs Buyer Protection Guaranteed
If your item arrives not as described, we’ll work with you and the seller to make it right. Learn More
About the Seller
4.7
Located in Saint-Ouen, France
Platinum Seller
These expertly vetted sellers are 1stDibs' most experienced sellers and are rated highest by our customers.
Established in 2003
1stDibs seller since 2015
211 sales on 1stDibs
Typical response time: 3 hours
More From This SellerView All
People Also Browsed
You May Also Like