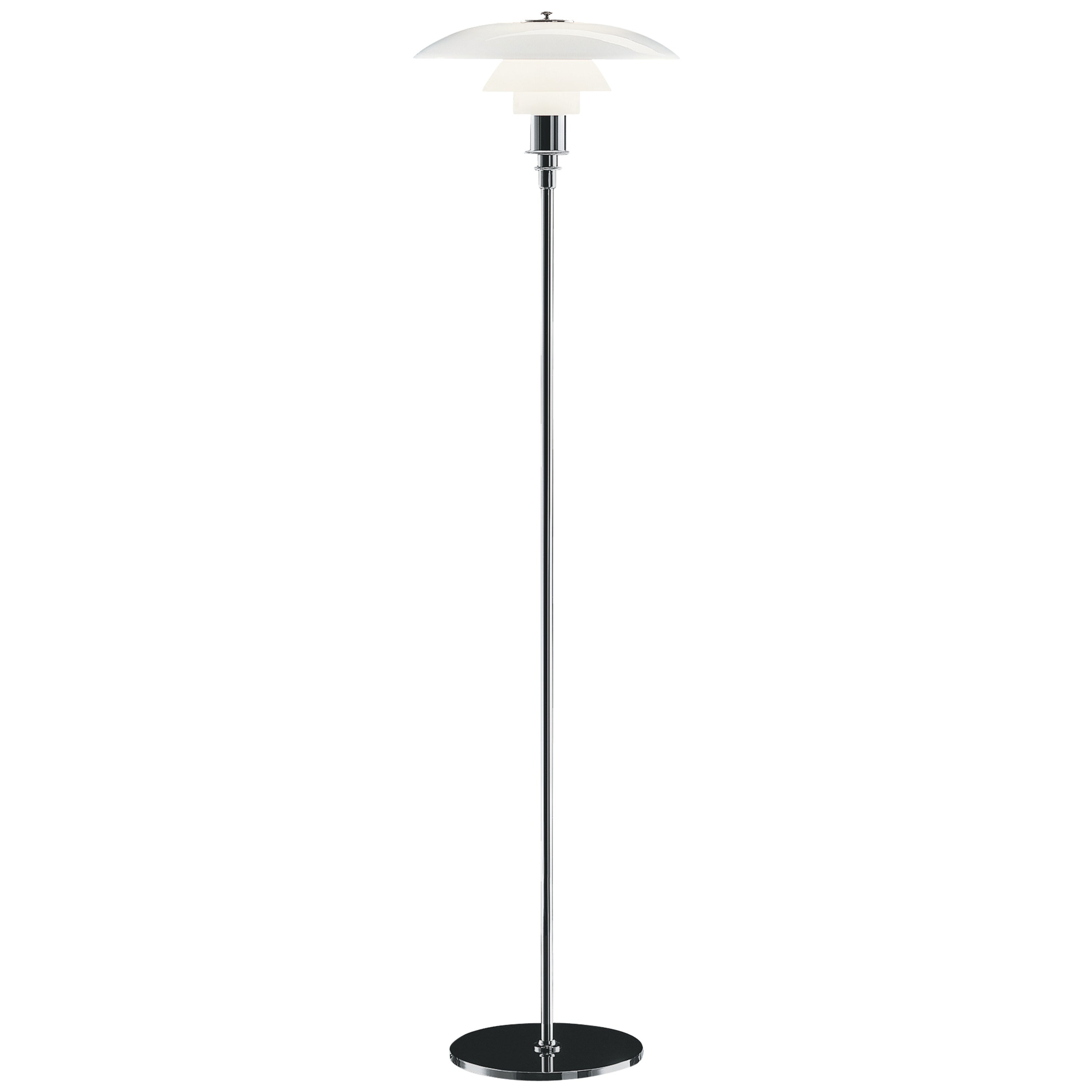 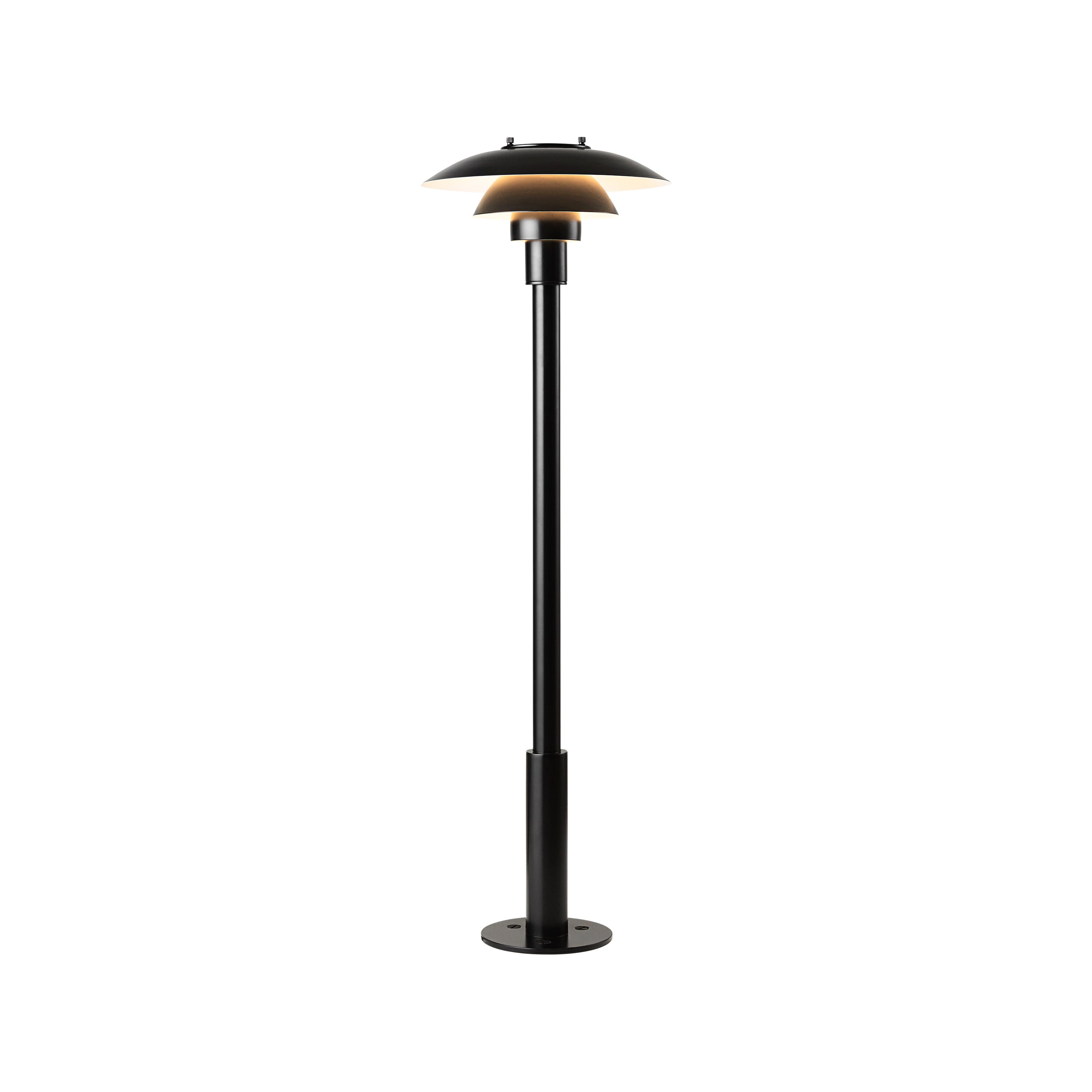 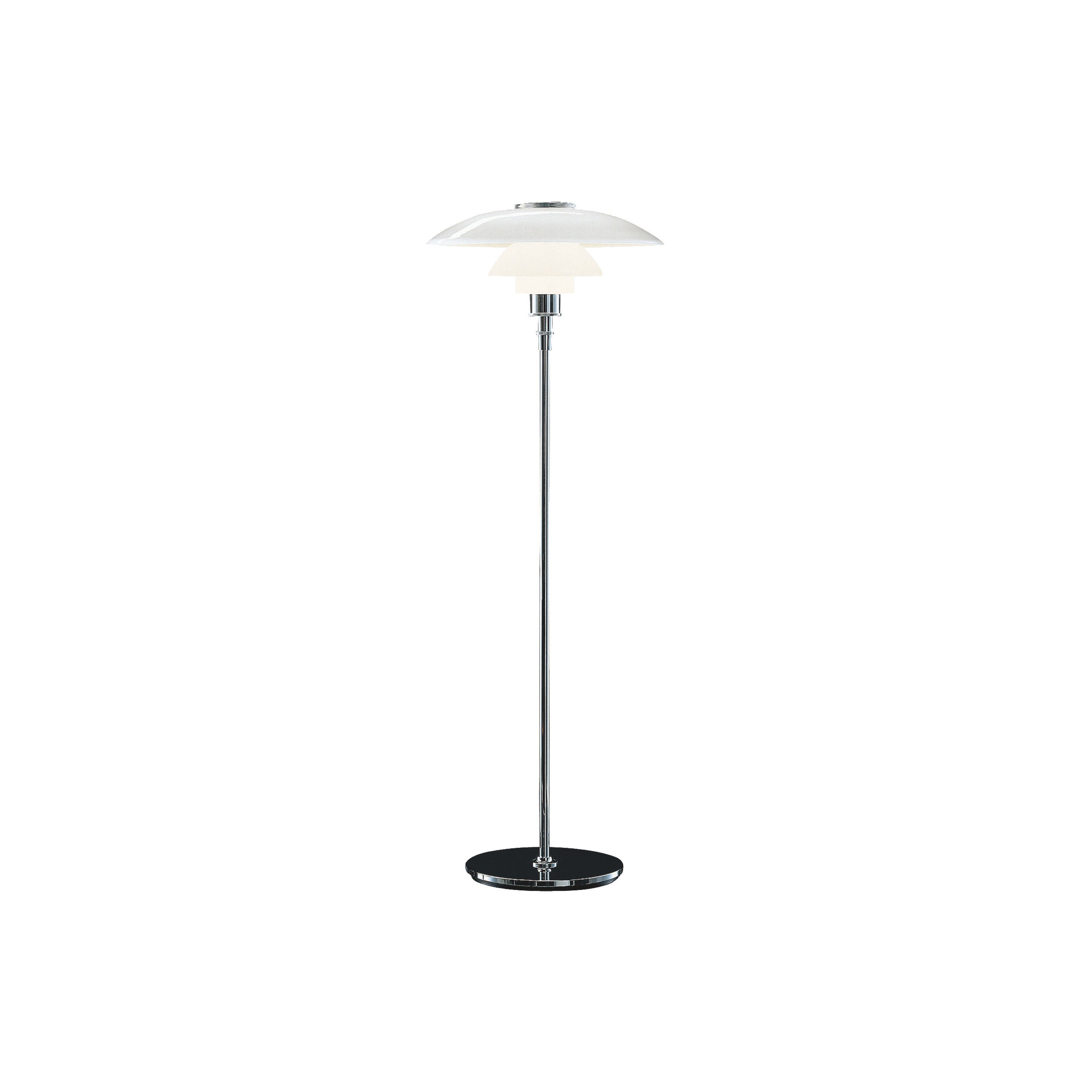 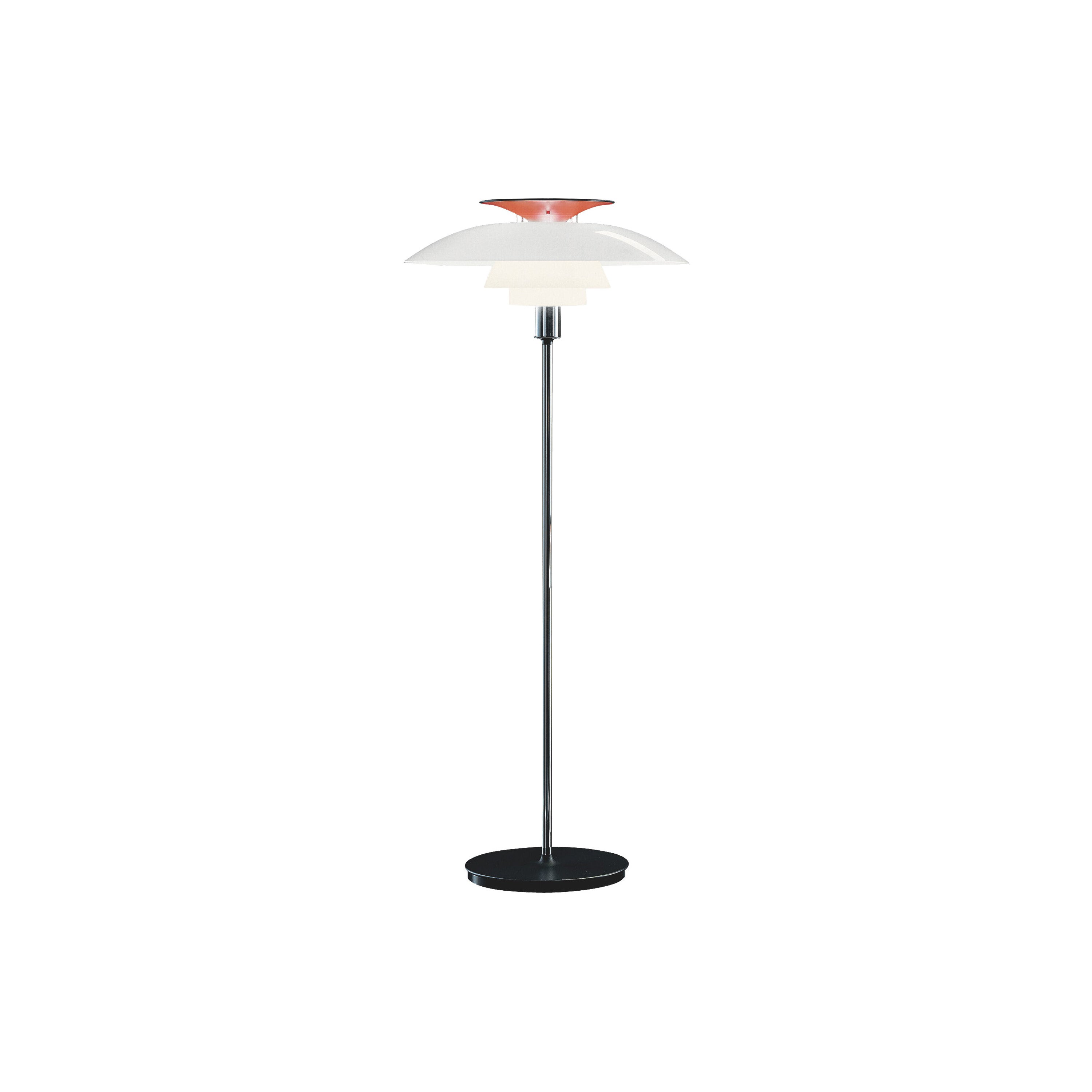 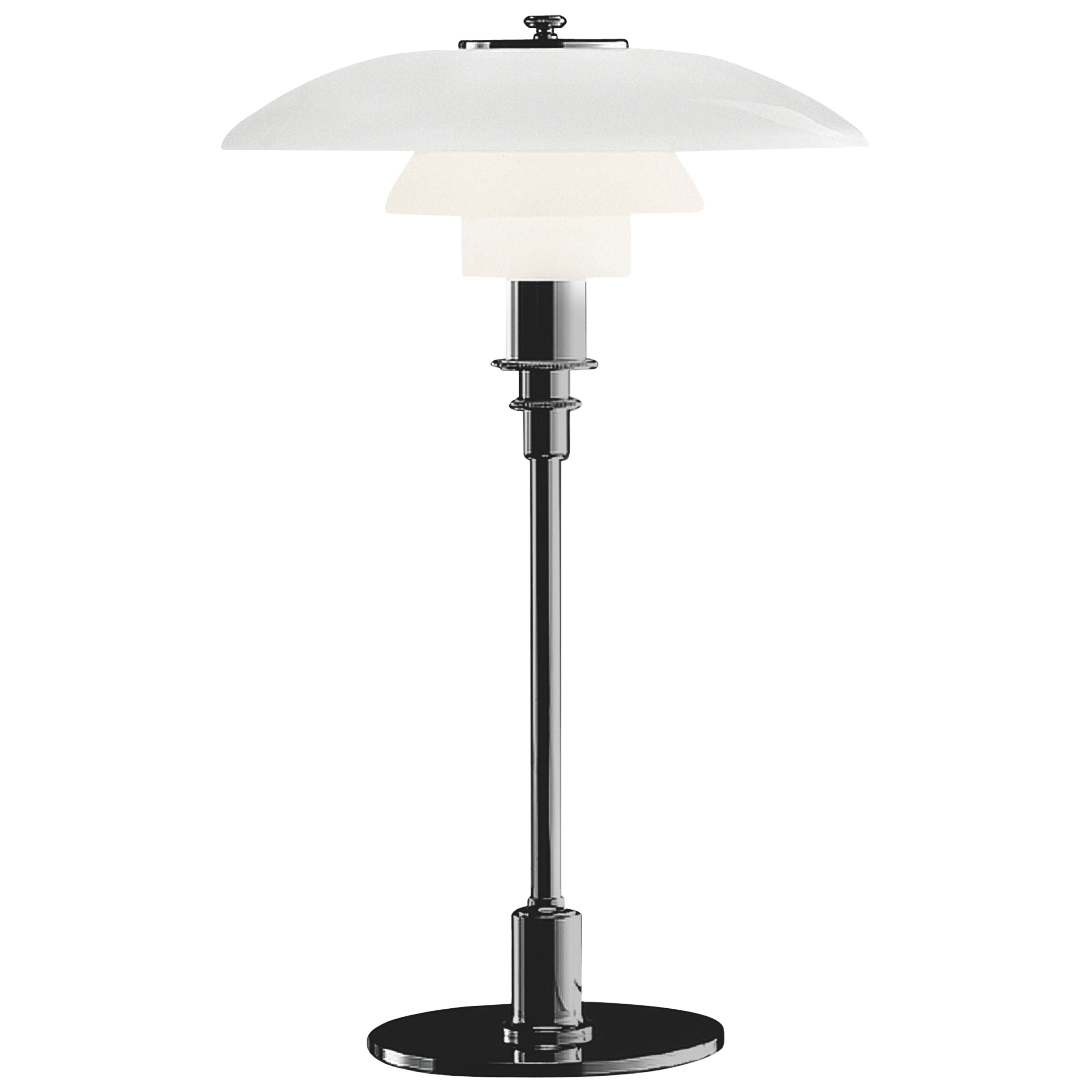 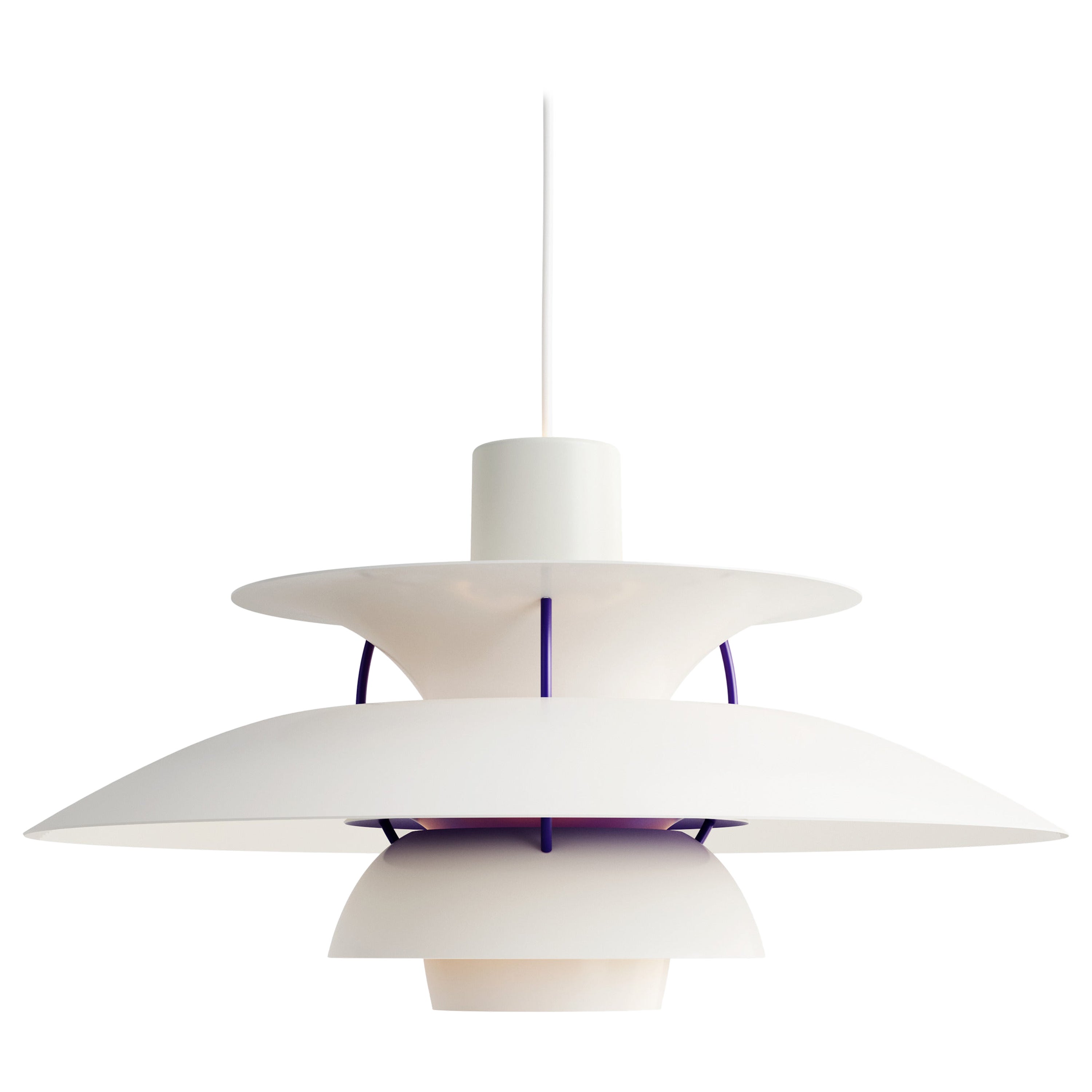 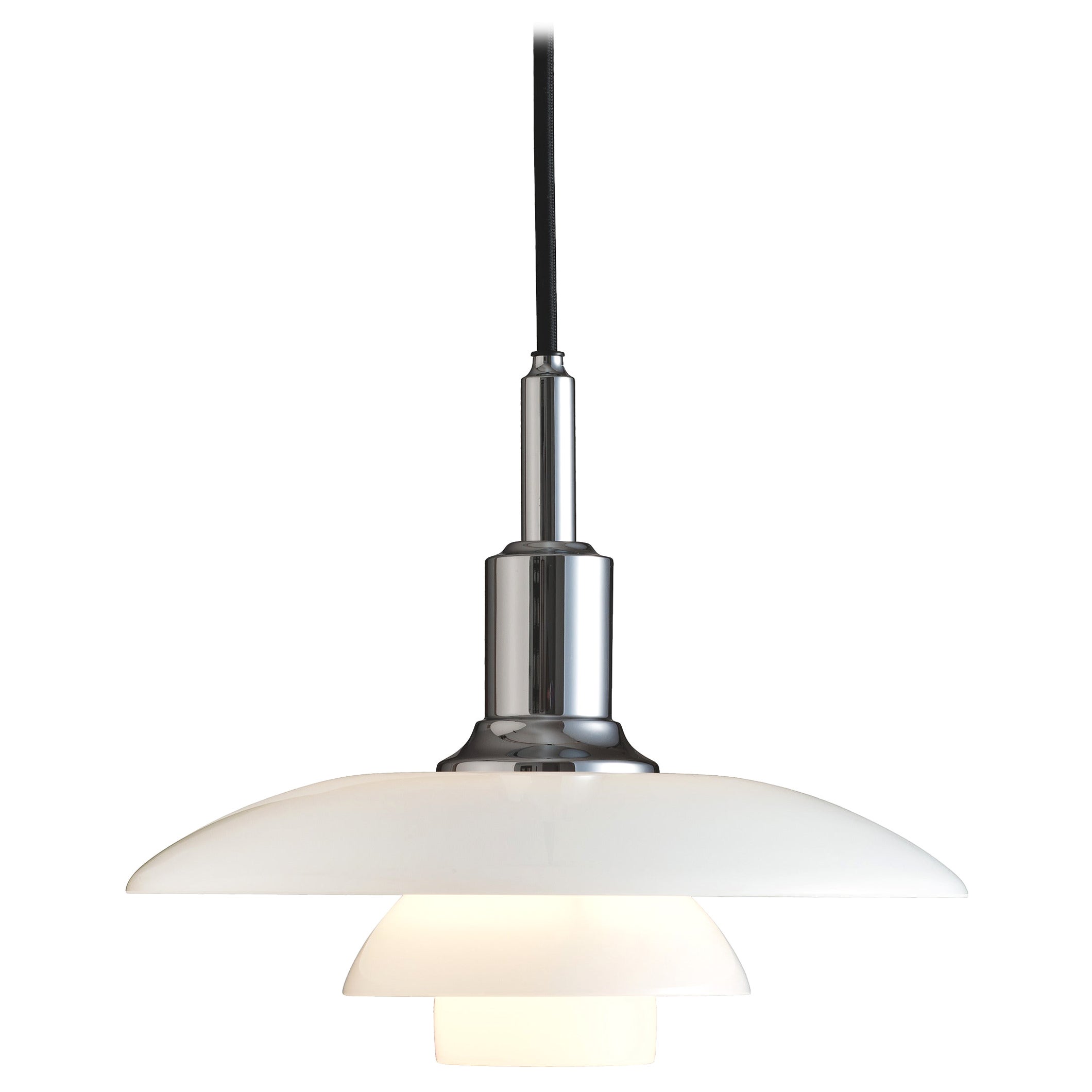 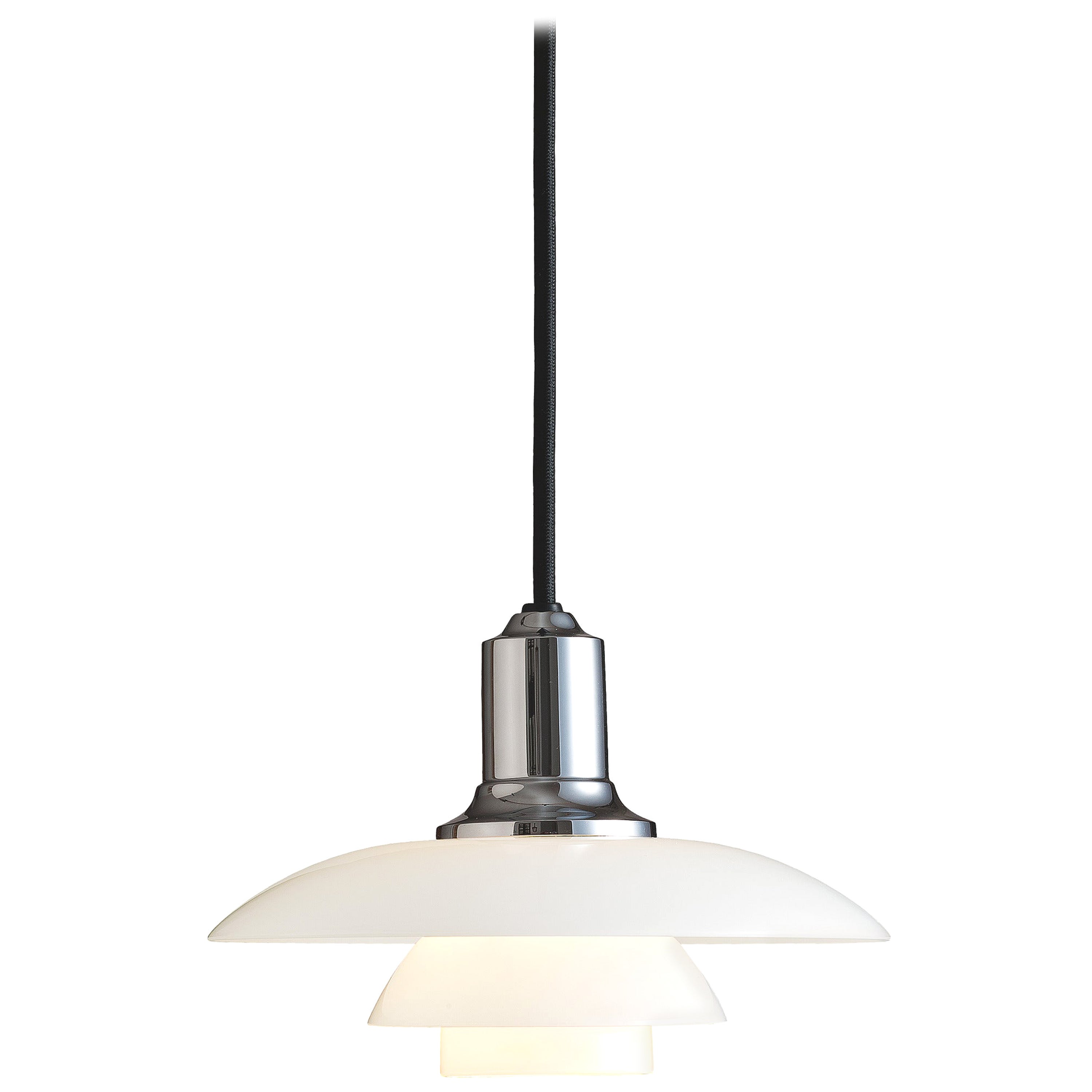 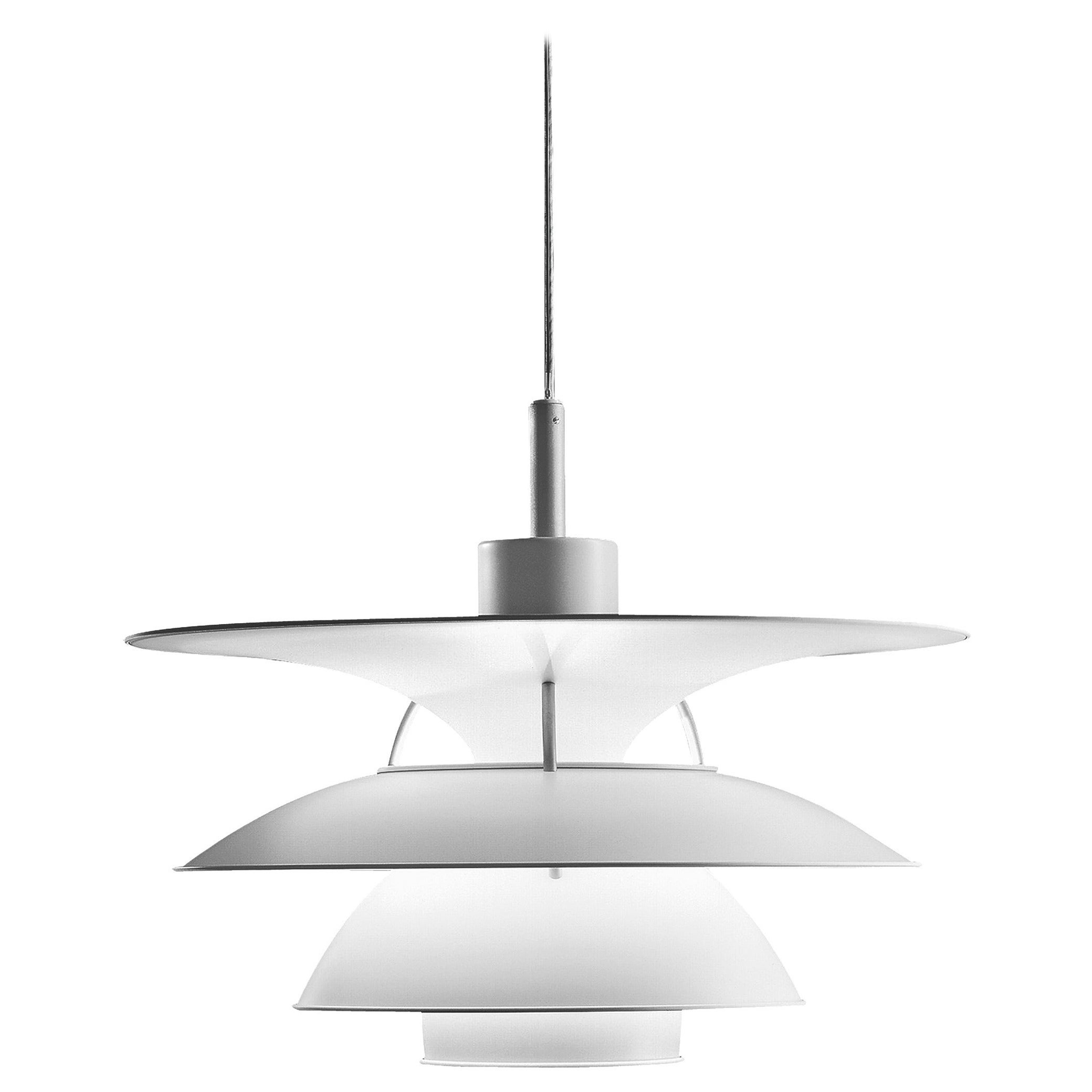 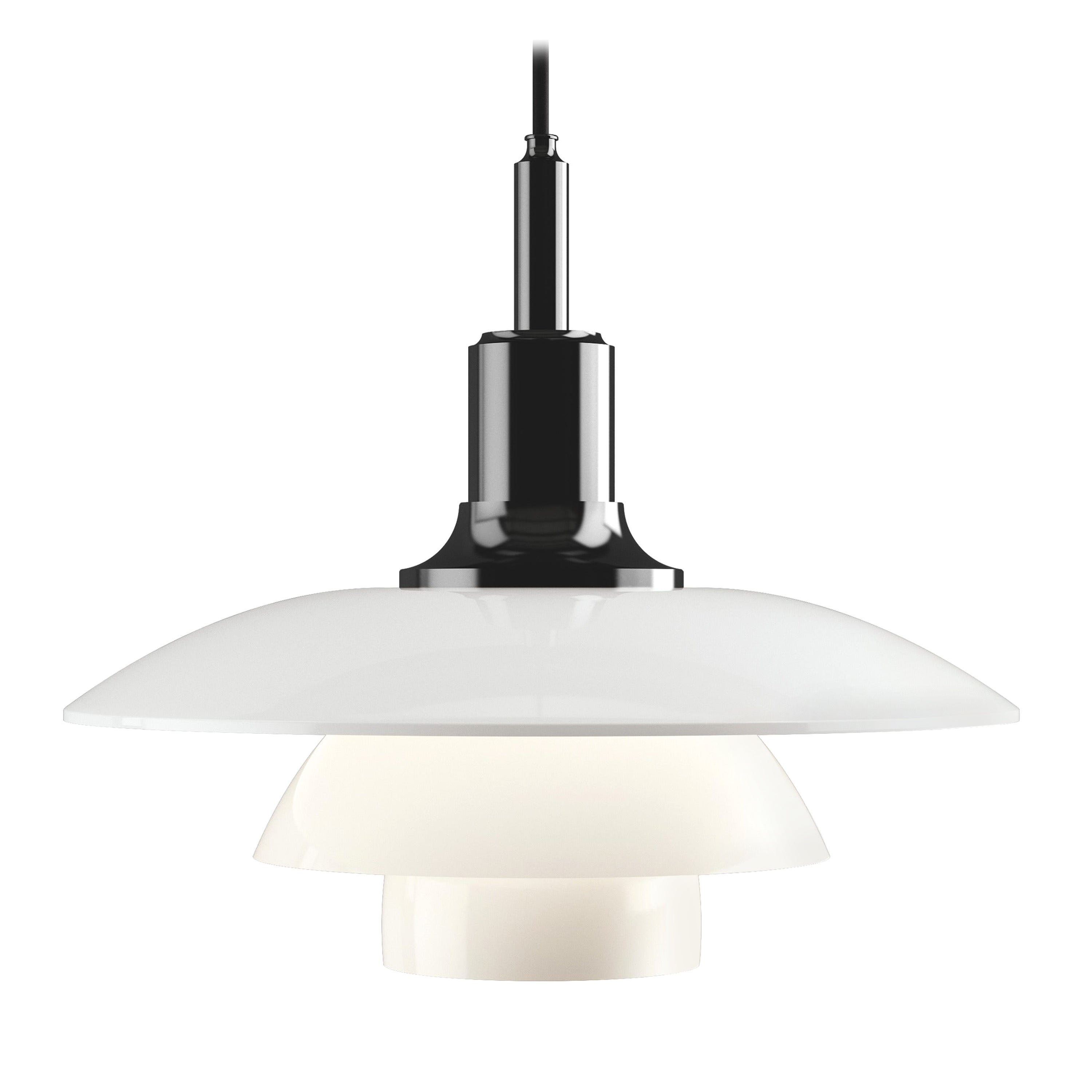 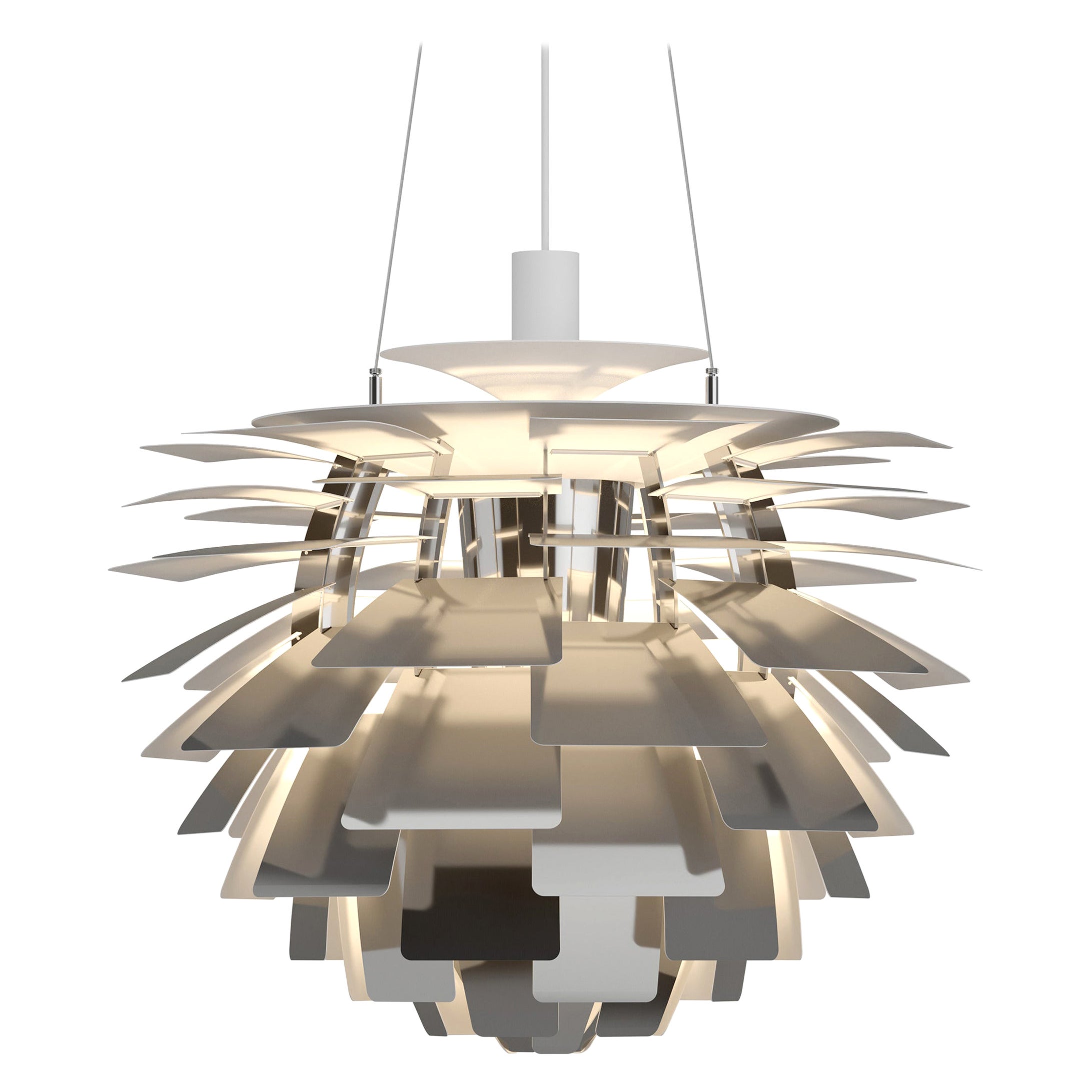 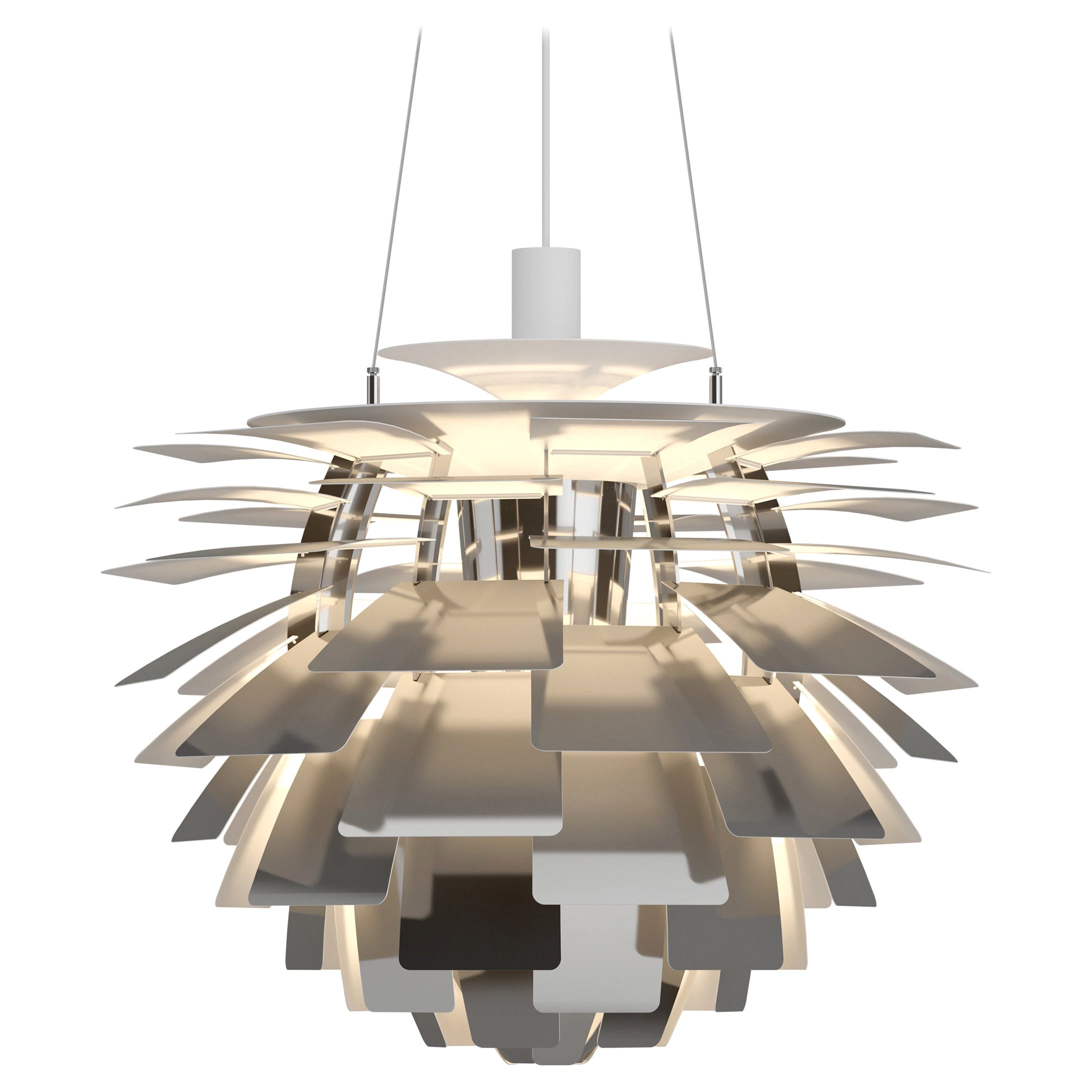 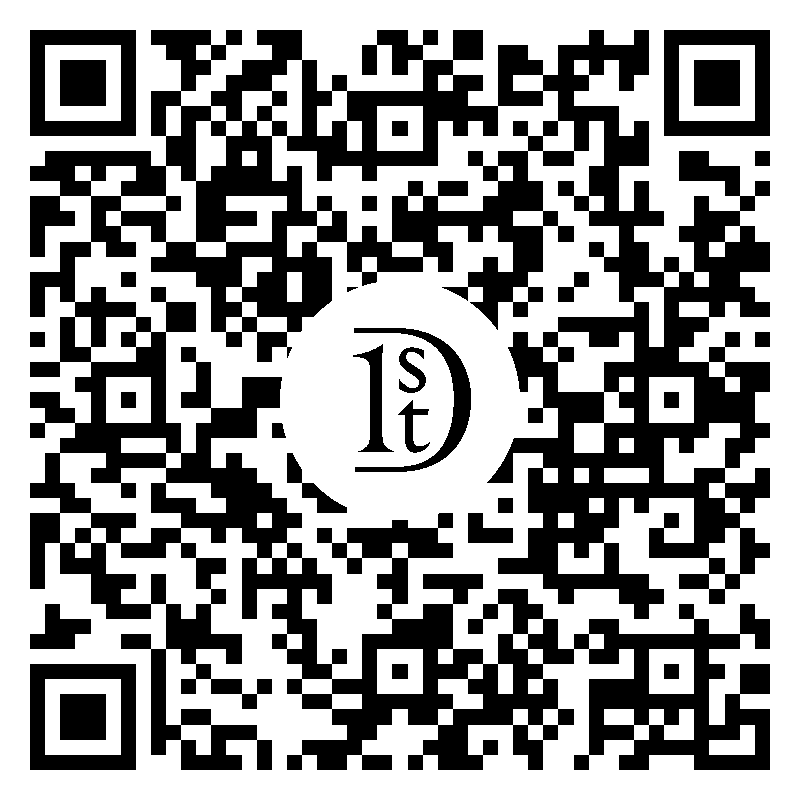 Poul Henningsen (1894 Ordrup, Denmark 1967) Early Seven Standing Light 3/2 Yellow Metal Top Shade with Two Painted Yellow Glass Shades Bakelite socket holder, wire frame and patinated metal frame stamped PH-2 / Patented Circa 1933 Manufactured by Louis Poulsen, Copenhagen, Denmark References: Louis Poulsen, Light Years Ahead: The Story of the PH Lamp), page 189 Poul Henningsen (aka “PH”) is considered to be the “Father of Modern Lighting” and was one of the leading figures of the cultural life of Denmark between the World Wars. An architect by training and a writer by profession, PH is perhaps best known for his inventive lighting fixtures designed in the 1920s with a mission of continuous perfection in the decades thereafter and over the course of his lifetime. PH abhorred the relatively new and accessible lighting of the early 20th century and he was initially prompted, as the story is told, to perfect the garish electric ambiance emanating from a bare lightbulb which hung in his mother’s kitchen. Beginning in the late 1910s, PH began theorizing about how to best design a light fixture to adequately illuminate a space with the new incandescent lightbulb. According to PH, the light emitted from electrical lightbulbs was imperfect because of its “cold” nature which, though cheaper, was too harsh and quite unpleasant to work and live with. He argued that this type of light could cause negative health and mood issues. PH also argued that the new, bright lightbulb shone uncontrolled in all directions in an inefficient way, rather than being directed exactly where it was needed. As such, PH took on the task of designing light fixtures that would not only shield the harmful glare of bright electrical light and change the color to warmer tones, but also direct the light to be most energy-efficient and economical, all within an aesthetically-pleasing structure. At the 1925 Paris Exhibition, with the help of the manufacturer Louis Poulsen (who continued to produce PH’s designs until his death), PH’s (together with Knud Sørensen) “Paris Lamp” made of six shades in German silver was awarded the fair's gold medal. While this prototype did not completely resolve all of PH’s noted glare issues, it was an earnest start and he subsequently succeeded with its successor the “PH lamp”. This design, made up of three shades originally in copper with painted undersides resolved PH’s idea that a light fixture should efficiently direct or diffuse light, provide a warmer color of light and eliminate the glare. A slightly modified version of the PH lamp using hand-blown opal glass with sand-blasted undersides was then designed in June 1926. This material allowed approximately 12% of the light to diffuse through the glass and created a more versatile use for the lighting fixture, moving its function away from simply a downward facing lamp. Though a loosely-phrased patent was submitted in December 1924, it continued to be revised as PH modified the PH system until the final patent was published in May 1928. This lamp is dated from that period. PH continued to toy with the “PH lamp,” adjusting the lamp shade sizes, materials, and colors as well as experimenting with other designs, all based on the concept of properly distributing and altering light to make it more pleasant and efficient. He was also very interested in the color of light on one’s environment and mood. Amber hand-blown glass - being among the most expensive materials used by PH - best approached his desire to mimic the soft, pleasant glow from candle light. Yellow painted shades were designed by PH to imitate the more expensive amber glass. 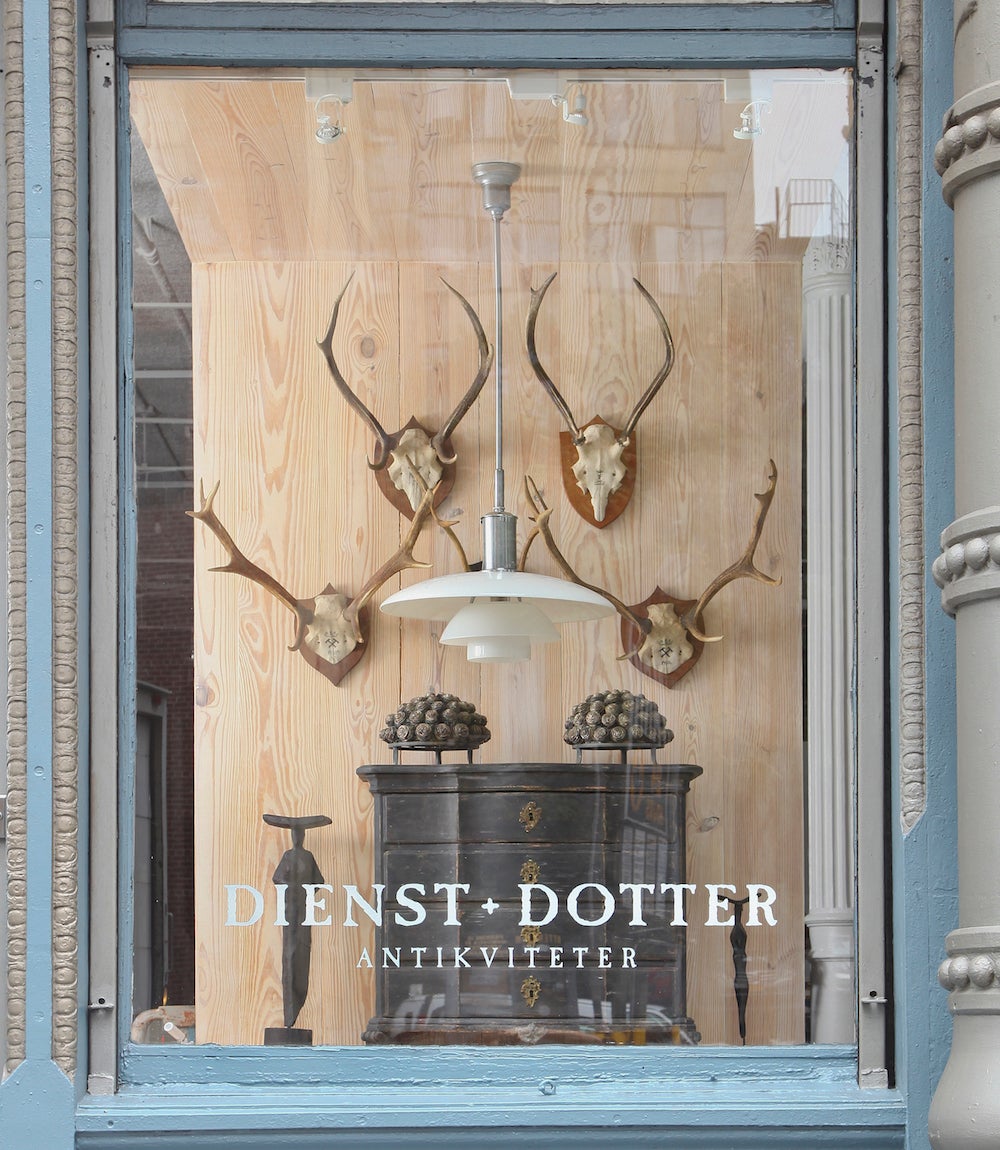 About the Seller
5 / 5
Located in New York, NY
Recognized Seller
These prestigious sellers are industry leaders and represent the highest echelon for item quality and design.
Established in 2005
1stDibs seller since 2018
44 sales on 1stDibs
Typical response time: 7 hours
More From This Seller
View All From Seller

From $1,928 / item
Louis Poulsen PH 3-2½ Bollard Outdoor Lamp in Black by Poul Henningsen
By Louis Poulsen, Poul Henningsen
Located in Weston, FL
The fixture is designed based on the principle of a reflective three-shade system, which directs the majority of the light downwards. The shades have a matte white painted interior s...
Category

$1,346 / item
Louis Poulsen PH 4½-3½ Glass Floor Lamp in Chrome by Poul Henningsen
By Louis Poulsen, Poul Henningsen
Located in Weston, FL
The fixture is designed based on the principle of a reflective three-shade system, which directs the majority of the light downwards. The shades are made of handblown opal three-laye...
Category

$3,858 / item
Louis Poulsen PH 80 Floor Lamp in White Opal by Poul Henningsen
By Poul Henningsen, Louis Poulsen
Located in Weston, FL
The fixture emits diffuse and symmetrical light. The majority of the light is directed downwards, and the opal acrylic shades provide comfortable room lighting. The red hue of the to...
Category