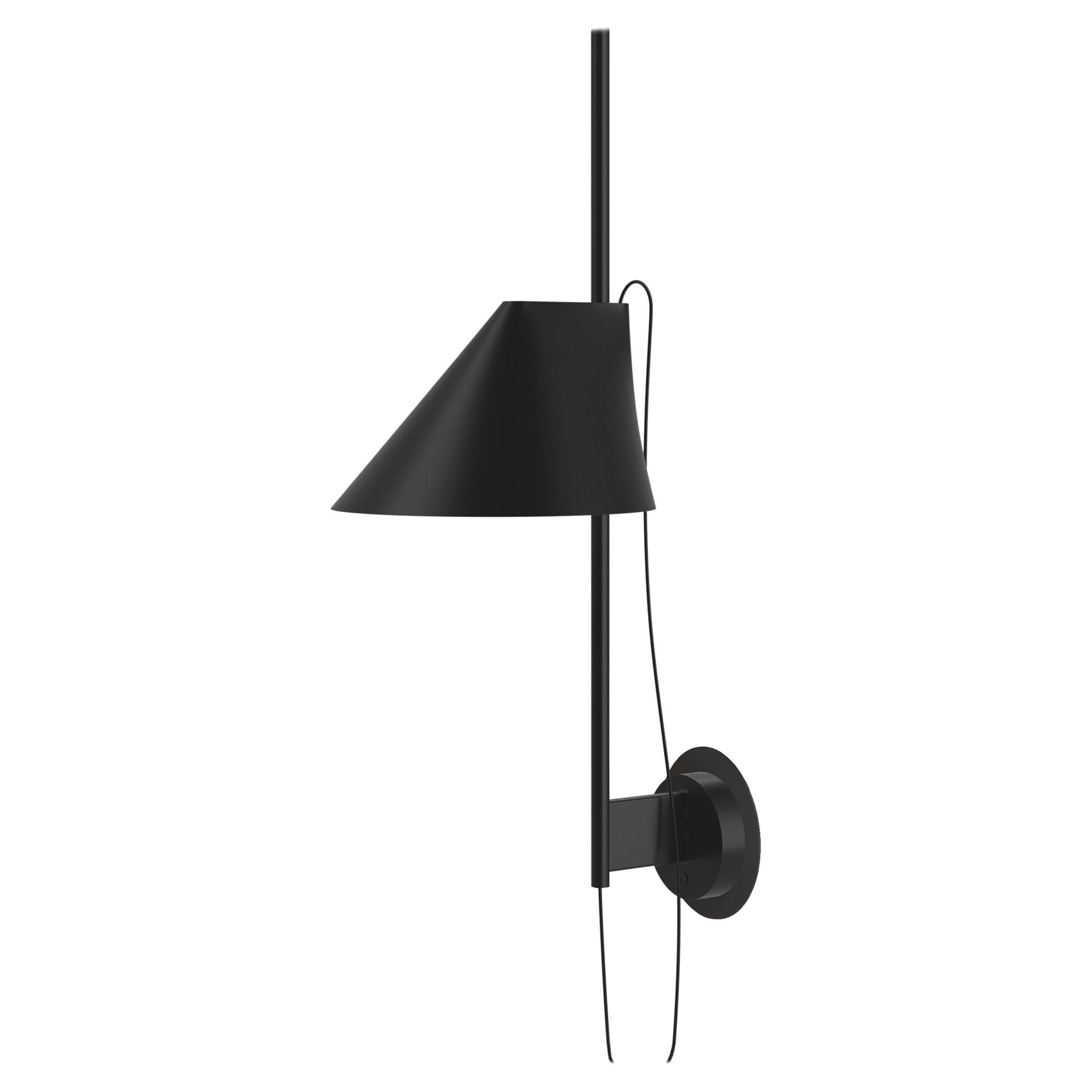 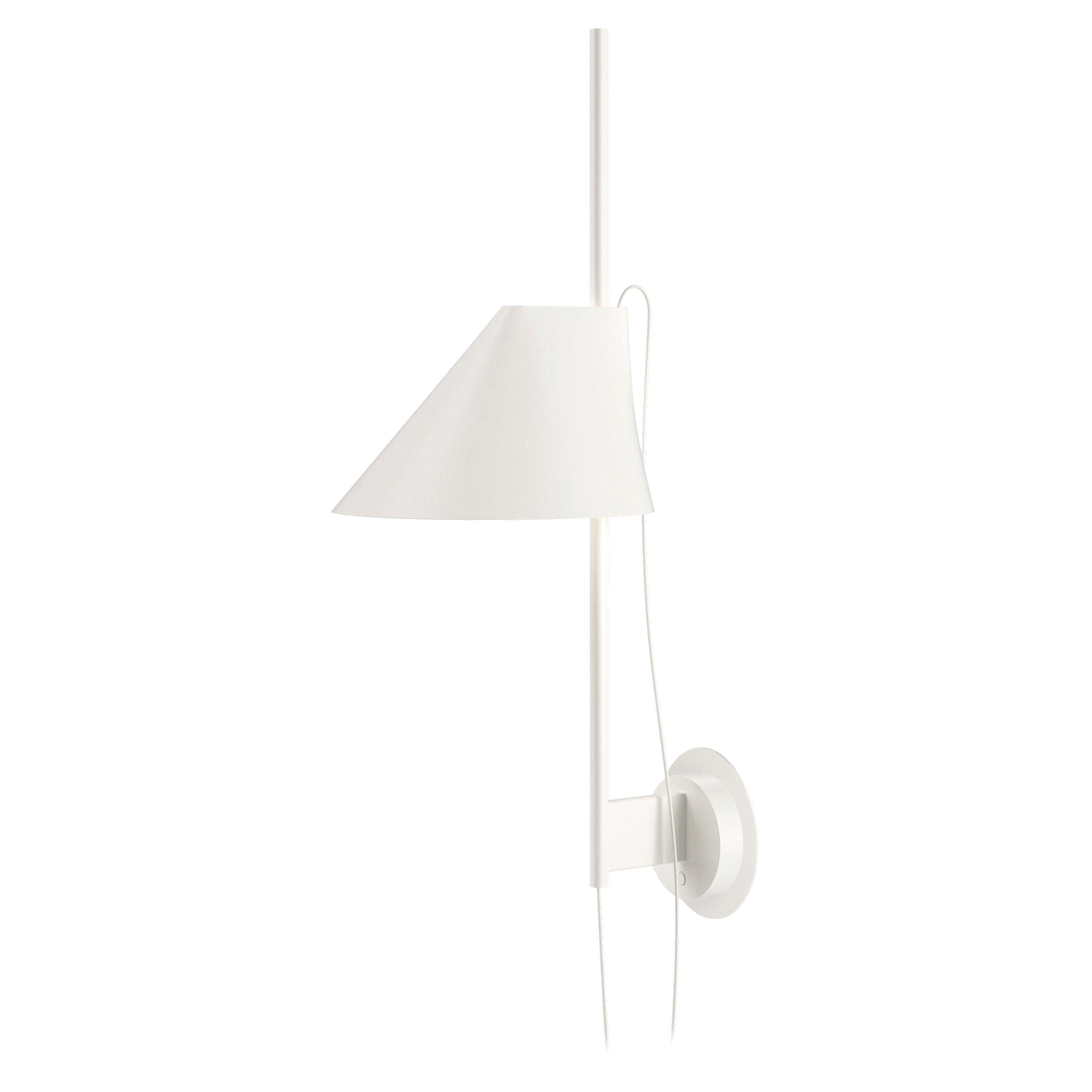 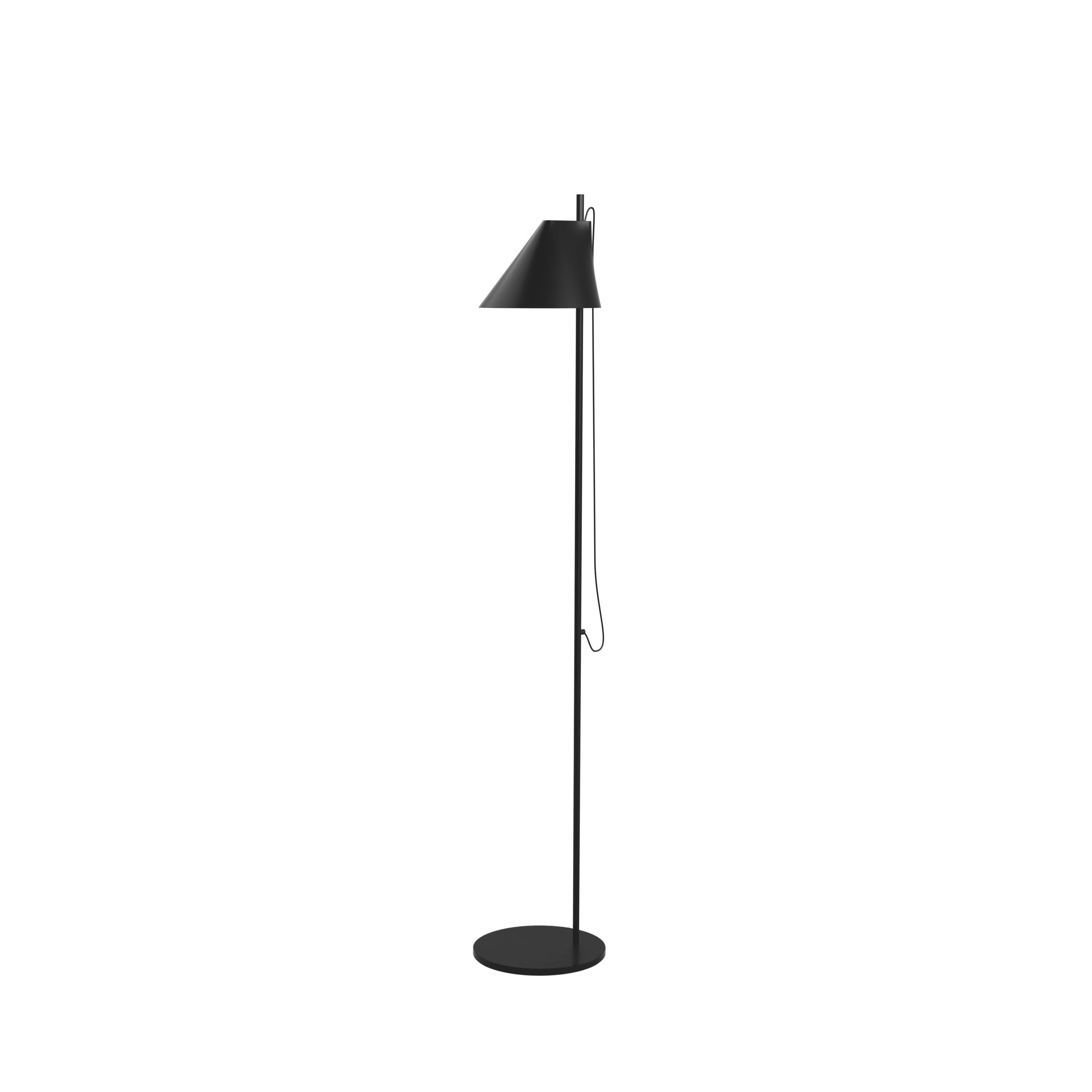 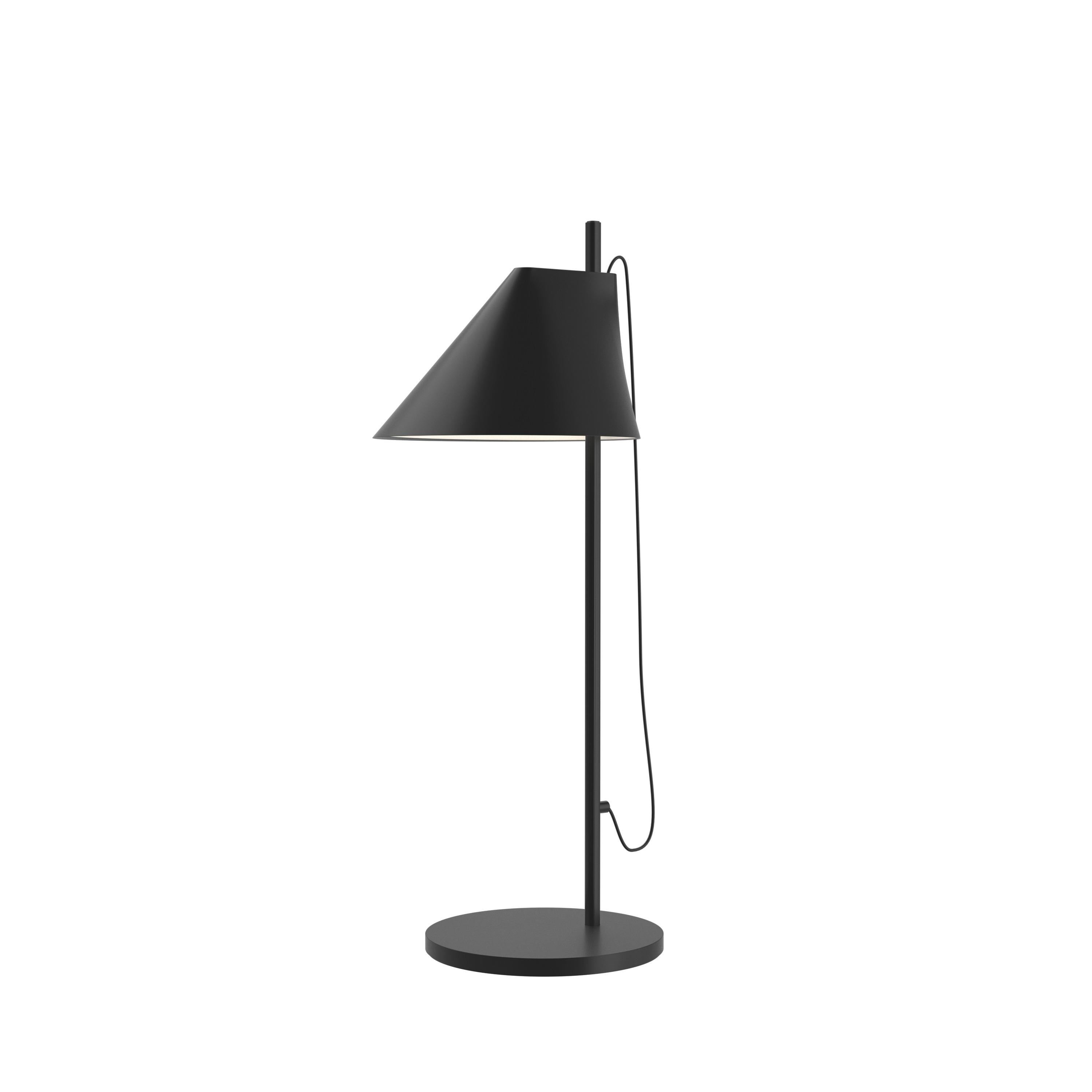 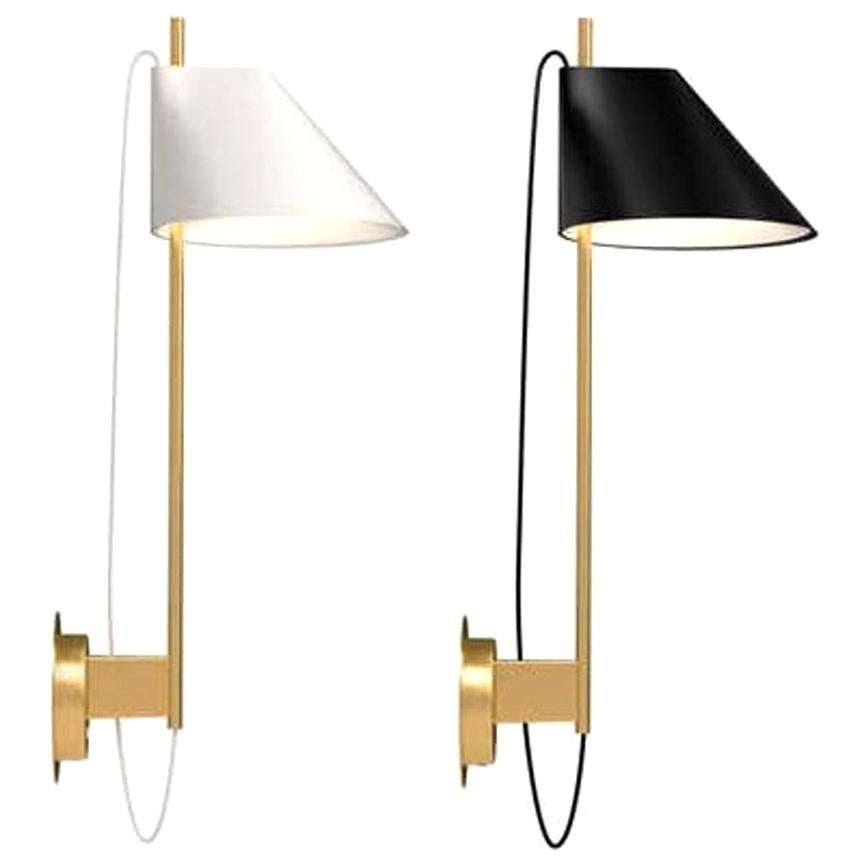 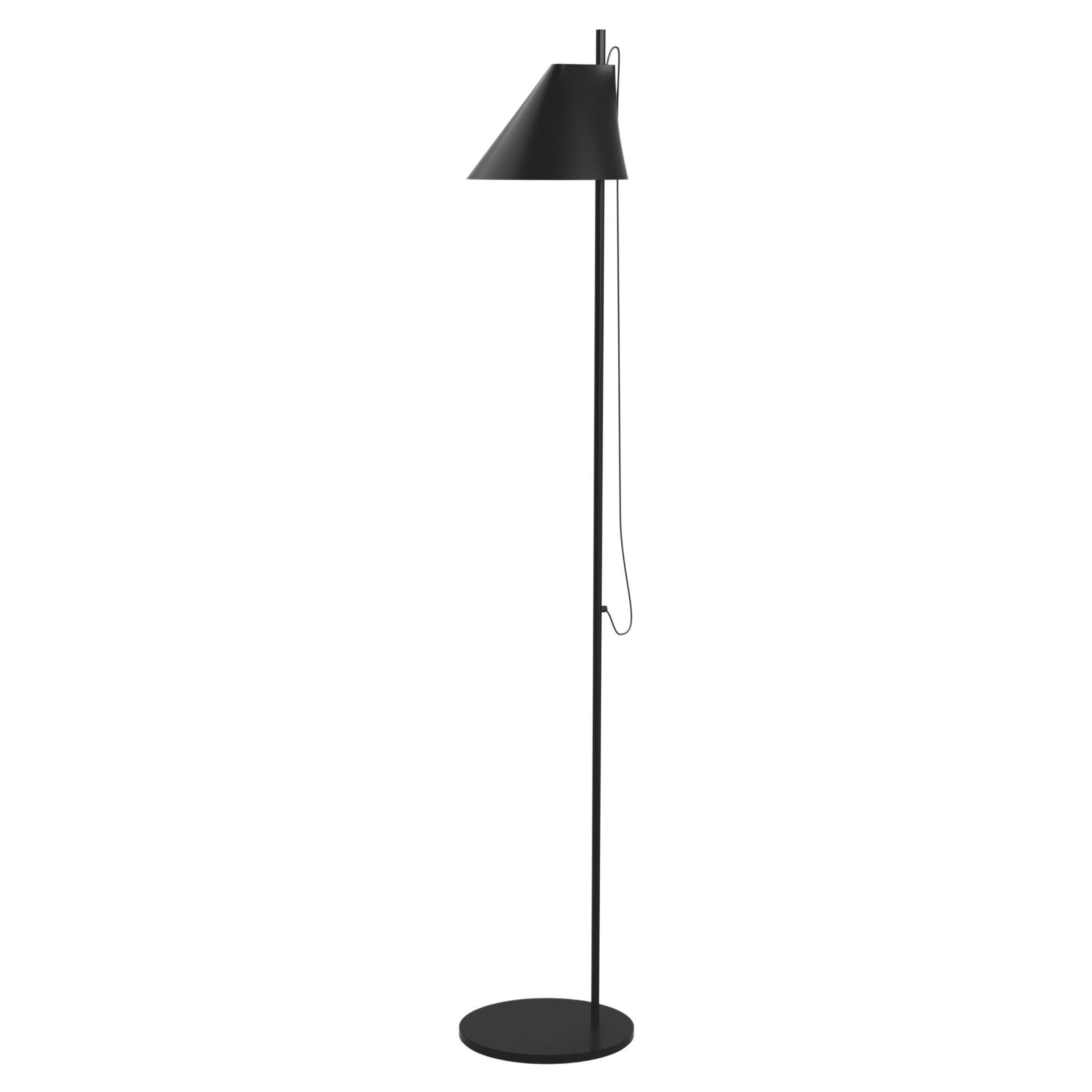 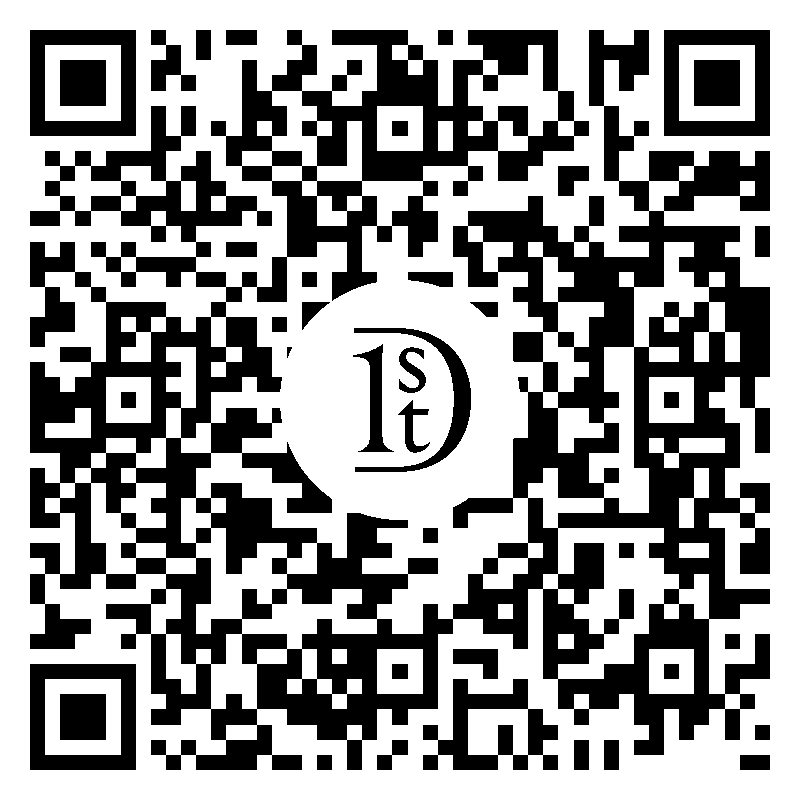 GamFratesi’s design take their creative drive from a fusion of tradition and innovation in an experimental approach to their chosen materials and techniques. Each with their own traditional background, Stine Gam and Enrico Fratesi draw on Classic Danish furniture and craftsmanship as well as a Classic Italian intellectual and conceptual approach. The fixture primarily provides direct glare-free downward directed light. The angle of the shade can be adjusted to optimize light distribution. A slim opening in the top of the shade provides soft, ambient upward illumination. A mechanical system provides great freedom of movement, so the light can always be set in the ideal position in the workspace, living room etc. Build-in LED technology provides a high quality of light with stepless dimming at 15 to 100%. Timer function to automatically turn off the light after amount of time, selectable between off/4 hours/8 hours. Function to set a fixed light level each time the lamp is connected to main power. The switch and dimmer button is placed on the wall box. Material: Die cast aluminum. Extruded brass.; Light Source: 10W LED.; Bulb Type: Integral LED.; Bulb Included: Integral LED.; Integral LED Color Temp: 2700K.; Voltage: 120V. 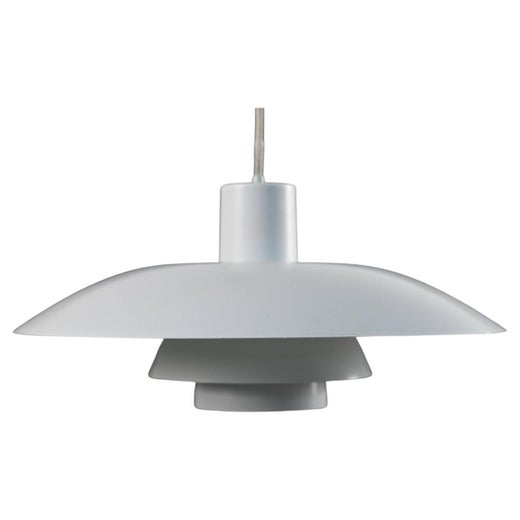 Louis Poulsen is world-renowned as an innovator in modern Danish lighting, but this wasn’t the goal from the start. Founded in 1874 by Ludvig R. Poulsen as a wine importer, the business went through several incarnations before its first pendant lights came to fruition. Through its designs, the company helped establish the foundations of good lighting — function, comfort and ambience — that are now standard in modern furniture design.

In 1924, Danish architect Poul Henningsen partnered with Louis Poulsen & Co., then an electrical supply company, to create what’s now known as the Paris lamp. This design, which incorporated three layers of curved metal disks, created ambience with its indirect light instead of glare. Shown at the 1925 Exposition Internationale des Arts Décoratifs et Industriels Modernes in Paris — the exhibition that brought Art Deco design to worldwide attention — the Paris lamp was awarded a gold medal. This led to Poulsen and Henningsen working together on several lighting pieces, including the popular PH pendant light with its concentric shades for the Forum Building in Copenhagen. These high-profile projects helped make Louis Poulsen a go-to purveyor of innovative lighting design.

One of the company’s most well-known lamps is Henningsen’s PH Artichoke lamp (1958), with its 72 copper leaves artfully placed to conceal the light bulb, prevent glare and promote a warm, alluring glow in any room. Another is the steel and die-cast zinc AJ lamp (1960), which Arne Jacobsen designed with an adjustable angled shade for his commission for the SAS Royal Hotel in Copenhagen. The company has also worked with notables such as Verner Panton and Alfred Homann as well as, more recently, Louise Campbell and Oki Sato.

In 2010, the company was awarded the American Institute of Architects’ Honors in Collaborative Achievement Award; it was the first lighting manufacturer to receive this honor. In 2018, the company was acquired by an investment subsidiary of Investindustrial VI L.P. Still headquartered in Denmark, the brand continues to produce its high-end lighting for both indoor and outdoor use, manufacturing both classic icons as well as new designs. “We design to shape light,” states Louis Poulsen. In doing so, they have also shaped culture.

Find a range of new and vintage Louis Poulsen floor lamps, table lamps and other lighting and furniture on 1stDibs.

About the Seller
2.5
Located in Weston, FL
Vetted Seller
These experienced sellers undergo a comprehensive evaluation by our team of in-house experts.
1stDibs seller since 2019
46 sales on 1stDibs
Typical response time: 18 hours
More From This Seller