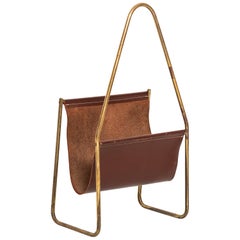 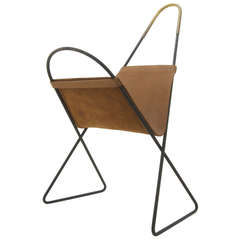 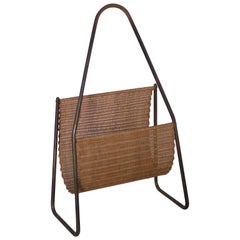 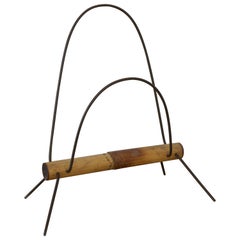 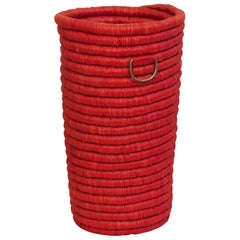 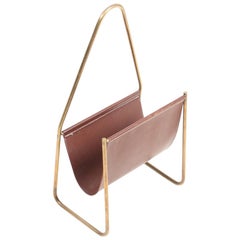 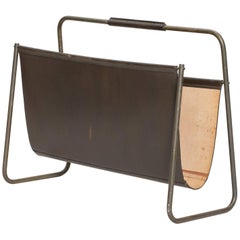 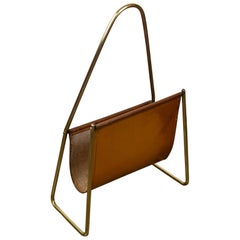 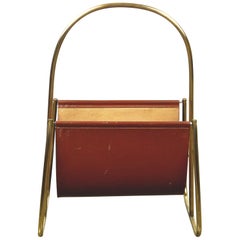 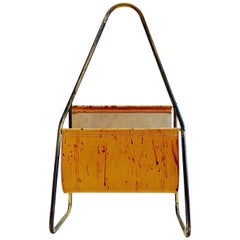 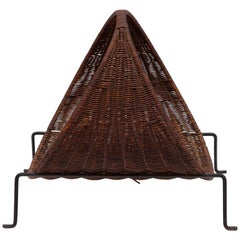 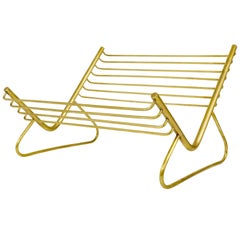 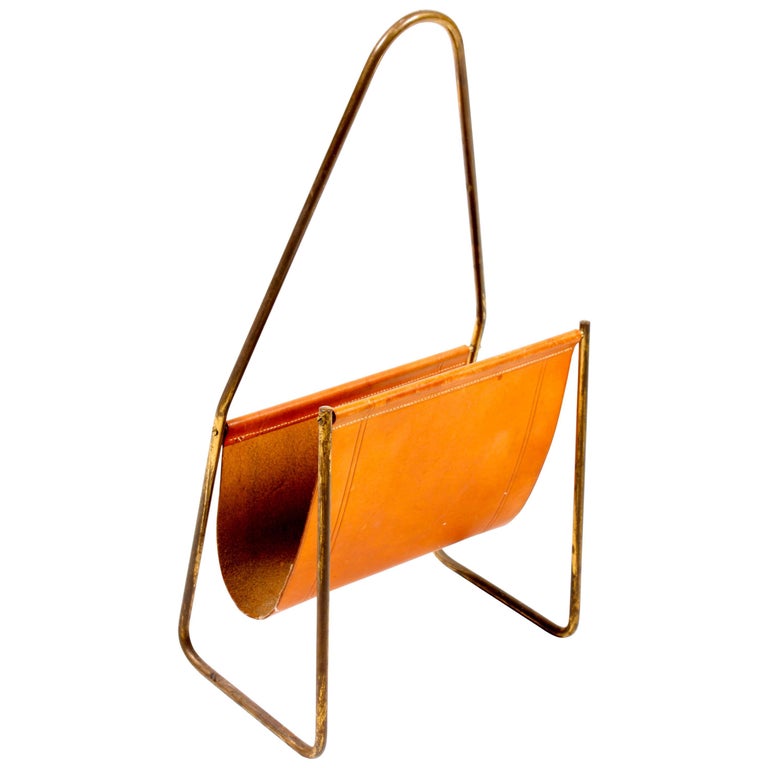 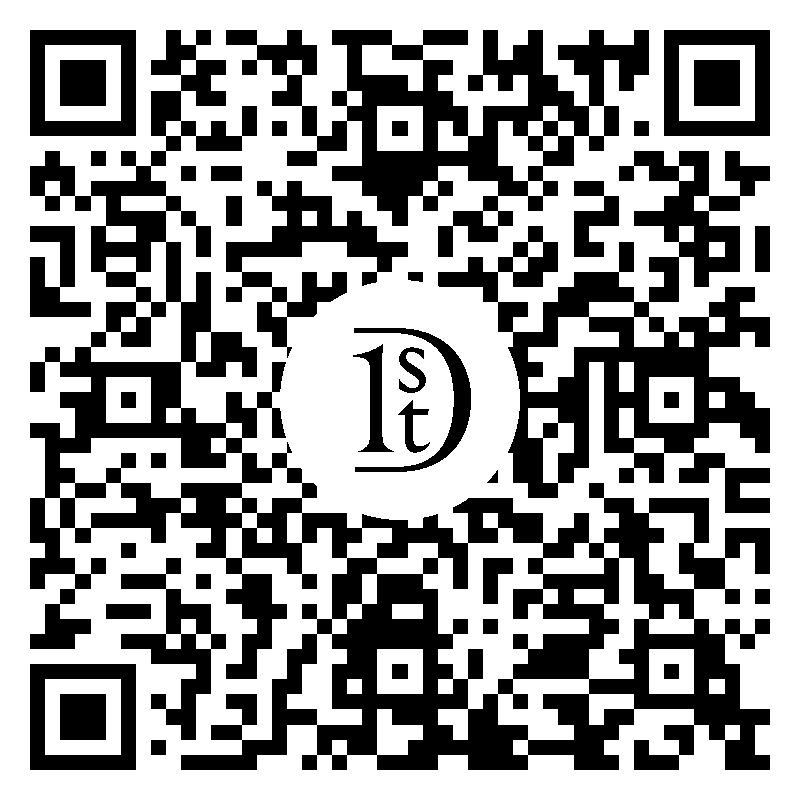 Magazine stand in brass and leather designed and made by Carl Auböck in the 1950s. Great condition.