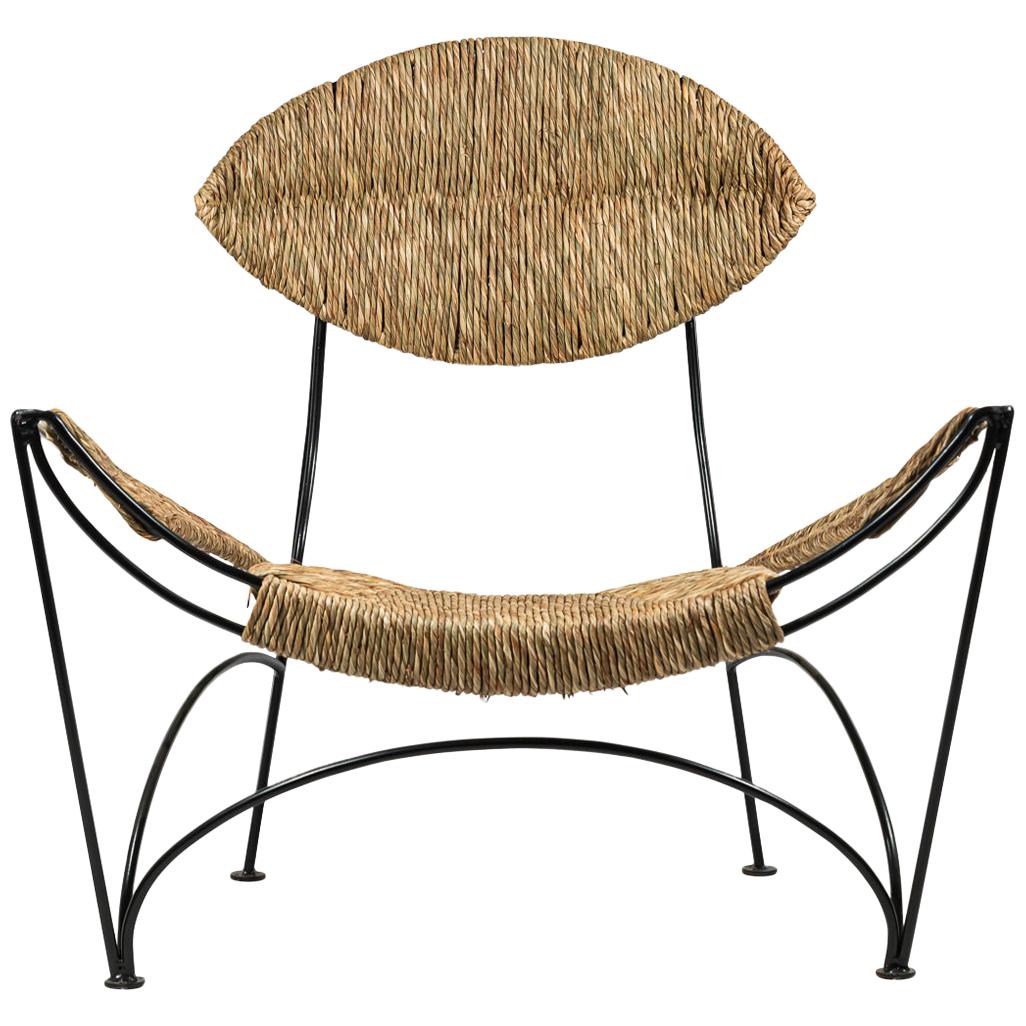 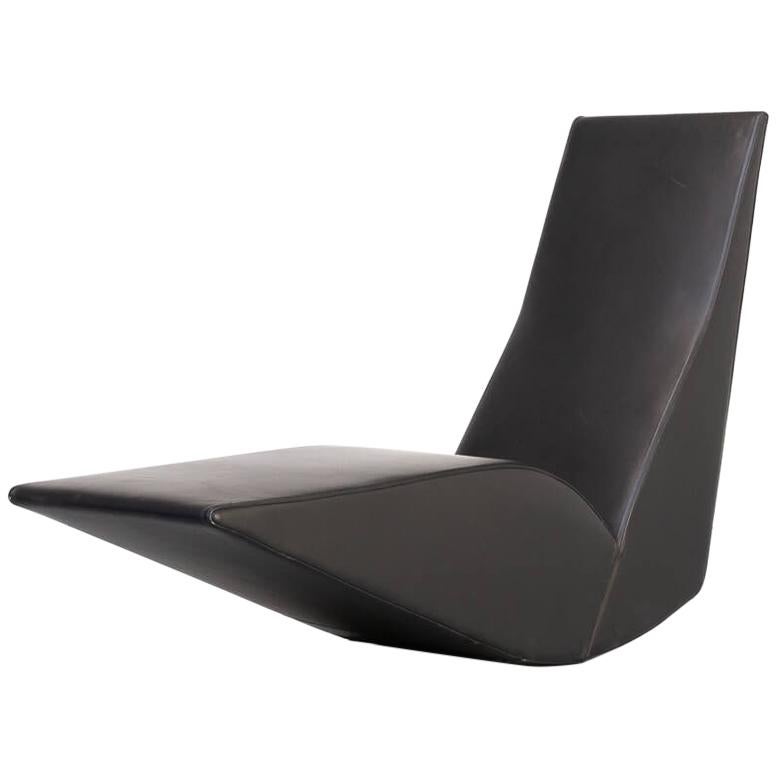 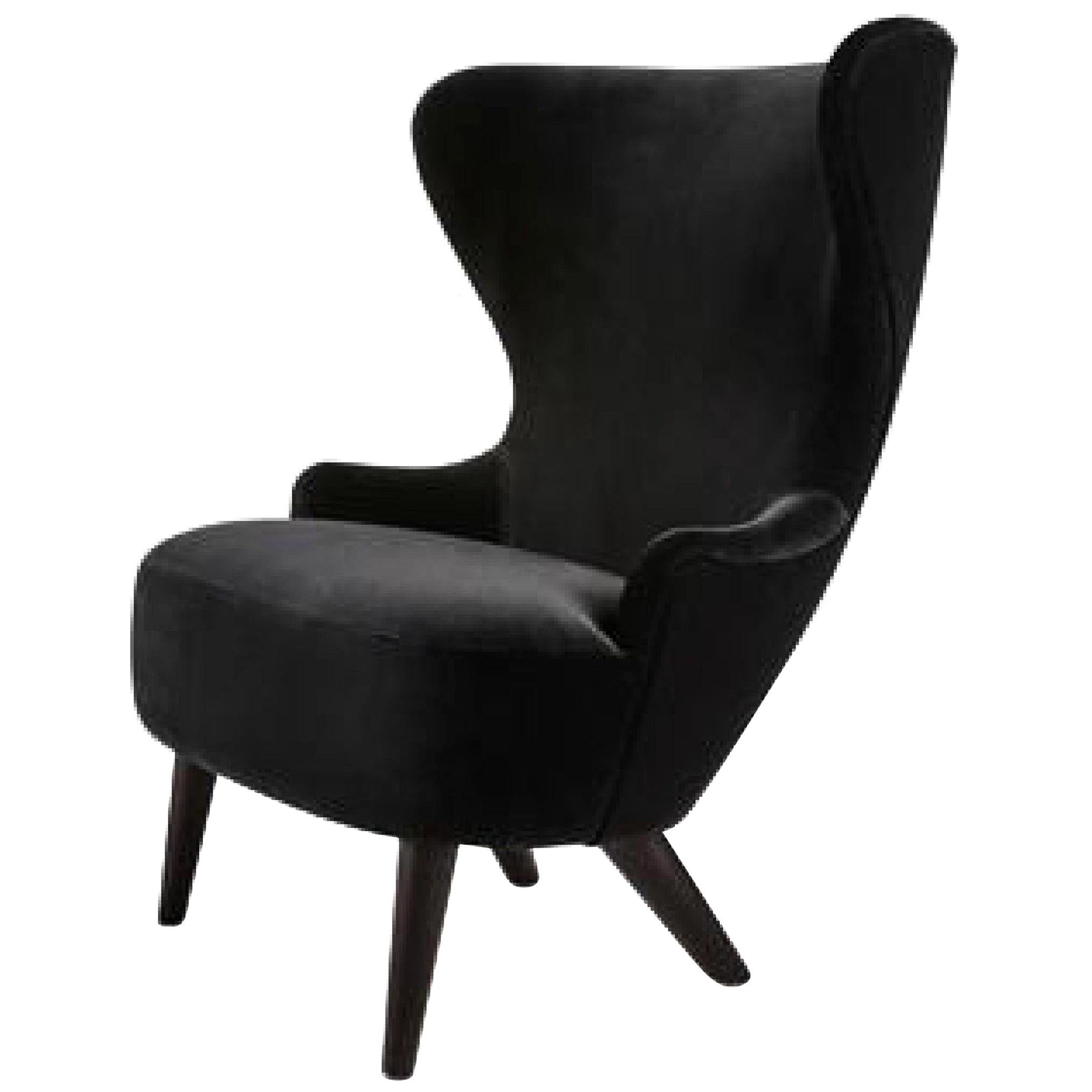 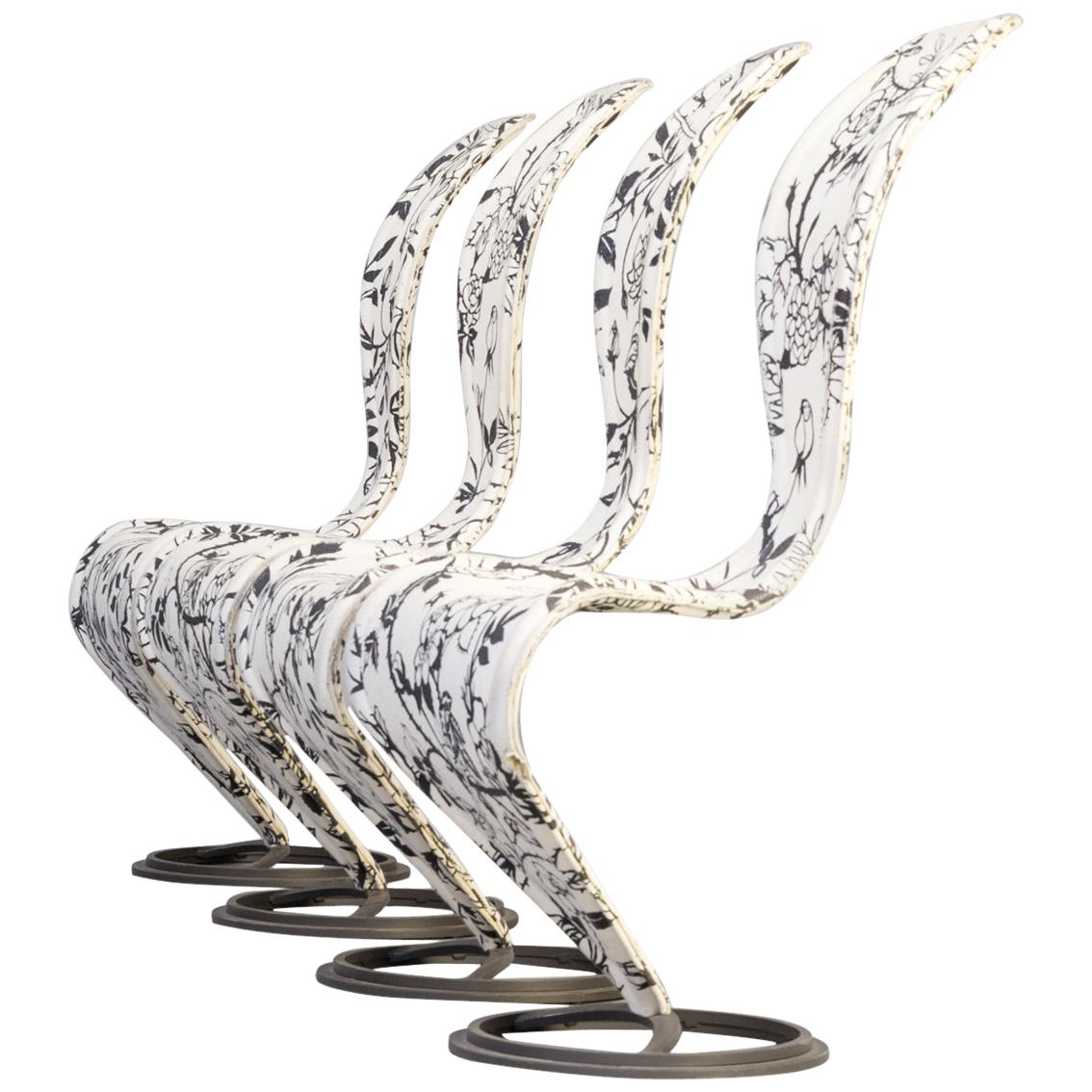 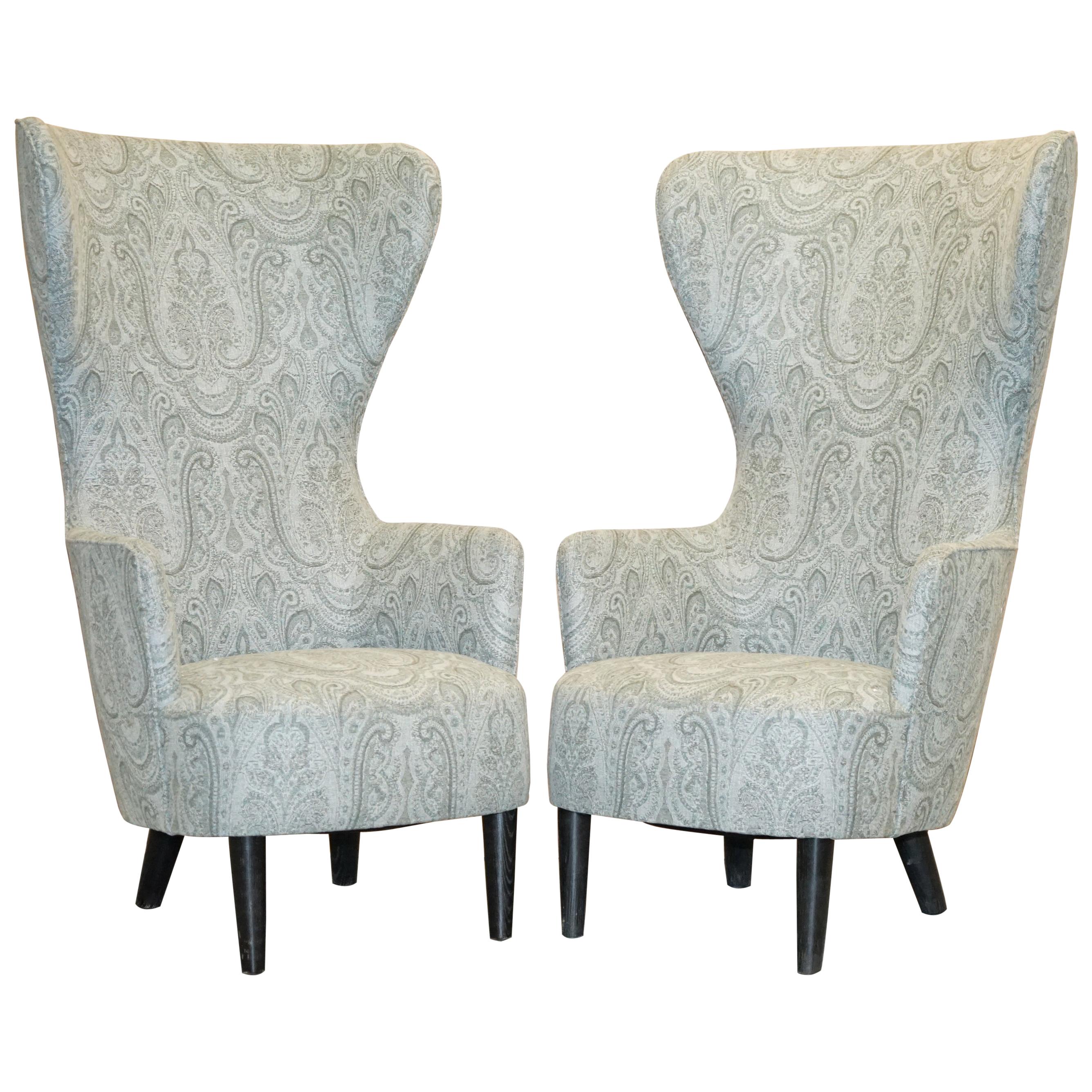 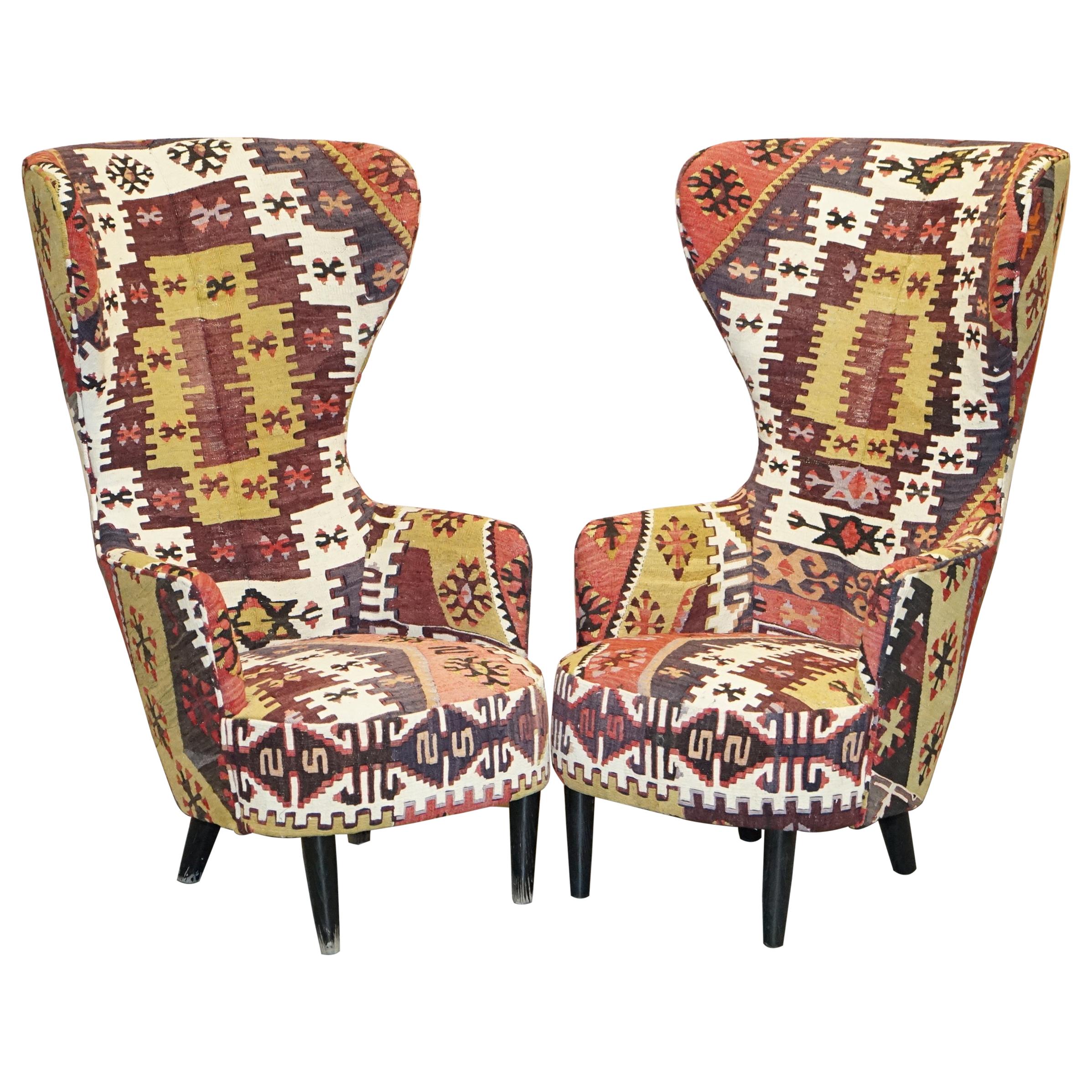 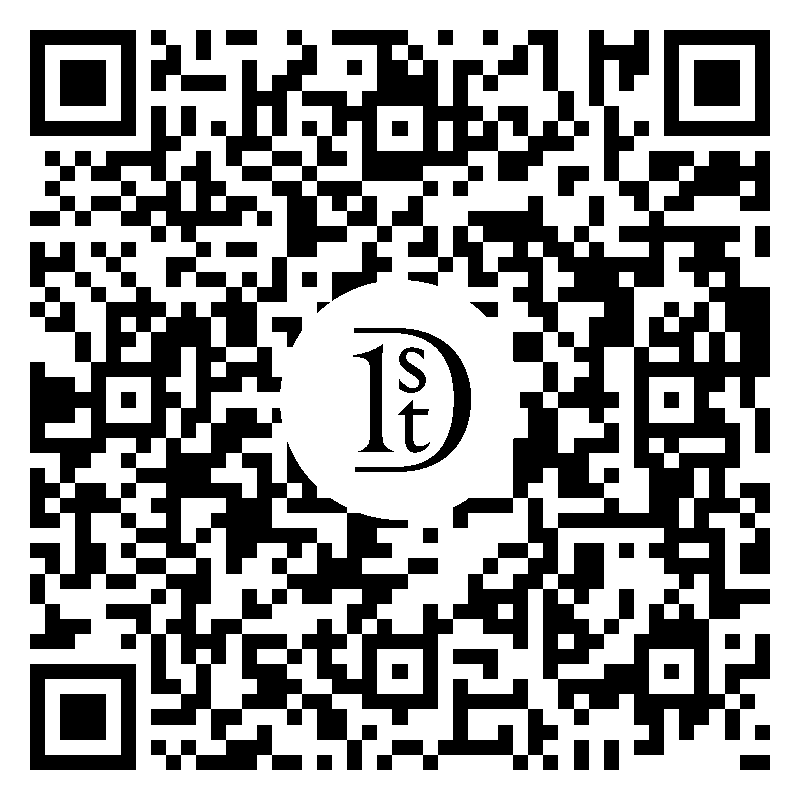 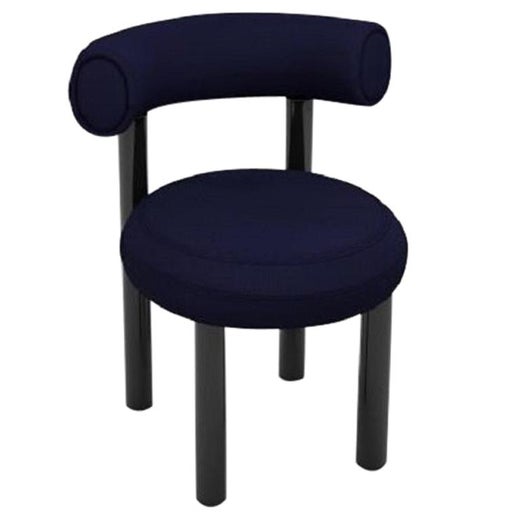 Artistic, innovative and entrepreneurial, the self-taught creator Tom Dixon has been a contemporary design-world maverick for more than three decades. From his revolutionary art-meets-design projects of the 1980s and throughout his dynamic and influential career as a designer of furniture, housewares and interiors, the only consistent note has been change. Dixon’s chief fascination is exploring new materials and new ways of constructing things.Dixon was restless even as a young man. He enjoyed ceramics and drawing in high school but later dropped out of the Chelsea School of Art in London. While repairing his motorcycle in 1983, Dixon learned how to weld and took to the craft. He began making what he has called semi-functional objects from scrap metal (sometime as performance art in a nightclub), then formed a furniture studio–cum–think tank called Creative Salvage. Amid the ritzy excess of the ’80s, Dixon — along with designers such as Tejo Remy and Ron Arad — forged a new, attention-getting aesthetic with furniture made from found materials.In 1987, Dixon began working for the Italian furniture manufacturer Cappellini, which put his best-known design, the slender, sinuous S chair, into production, followed by such pieces as the Pylon chair (1992), a wire lattice that resembles electrical transmission towers. Starting in the 1990s, Dixon expanded his interests rapidly. He started a company to manufacture the stackable plastic Jack light; joined the housewares retailer Habitat as creative director; and breathed new life into Artek, the venerable Finnish maker that Alvar Aalto and his wife Aino helped cofound. Since 2002, Dixon has run his namesake company fabricating furnishings from novel materials like brass foil-clad wood and “vacuum-metalized” glass.The hallmark of Dixon’s design is his captivation with the process of creating pieces. “A kind friend once described me as a ‘vertebrate designer,’” Dixon has said. “That means that I design from the bones outwards and am not really interested in surface.” Classic Dixon pieces are those that exhibit the manner of their making — from his early work in welded scrap metal to the woven rattan seats and backs of his Fat chair for Cappellini. There are two ways to approach Dixon designs: as a collector, or as a decorator. The former will seek Dixon’s one-off and limited edition works and prototypes. These historical artifacts carry high prices that range from around $8,000 to $50,000 and above. Those more interested in a dynamic look will find that manufactured Dixon designs — such as his Jack lights or his Melt pendant — can be found for prices that range from about $300 to $1,000. Either way, as you will see on 1stDibs, the designs of Tom Dixon have a singular allure that makes them a noteworthy element in any room.
About the Seller
4.7 / 5
Located in Brussels, Belgium
Platinum Seller
These expertly vetted sellers are 1stDibs' most experienced sellers and are rated highest by our customers.
1stDibs seller since 2016
355 sales on 1stDibs
Typical response time: 1 hour
More From This Seller

$3,900 Sale Price
25% Off
1990s Tom Dixon Bird Chaise for Cappellini
By Tom Dixon, Cappellini
Located in Amstelveen, Noord
The Bird chaise is a bold sculptural statement that is destined to bring extra color and shape, movement and comfort into lobbies, breakout areas and homes. Bird was first made in 19...
Category

$16,805 / set
Tom Dixon S-Chair with Marsh Straw Upholstery for Cappellini
By Tom Dixon, Cappellini
Located in New York, NY
The iconic S-chair by Tom Dixon is an object with an artisanal core, successfully transformed into an authentic Industrial masterpiece, without losing the essence of the original pro...
Category

$2,580 / item
Tom Dixon S-Chair with Marsh Wicker Upholstery for Cappellini
By Tom Dixon, Cappellini
Located in New York, NY
The iconic S-chair by Tom Dixon is an object with an artisanal core, successfully transformed into an authentic Industrial masterpiece, without losing the essence of the original pro...
Category