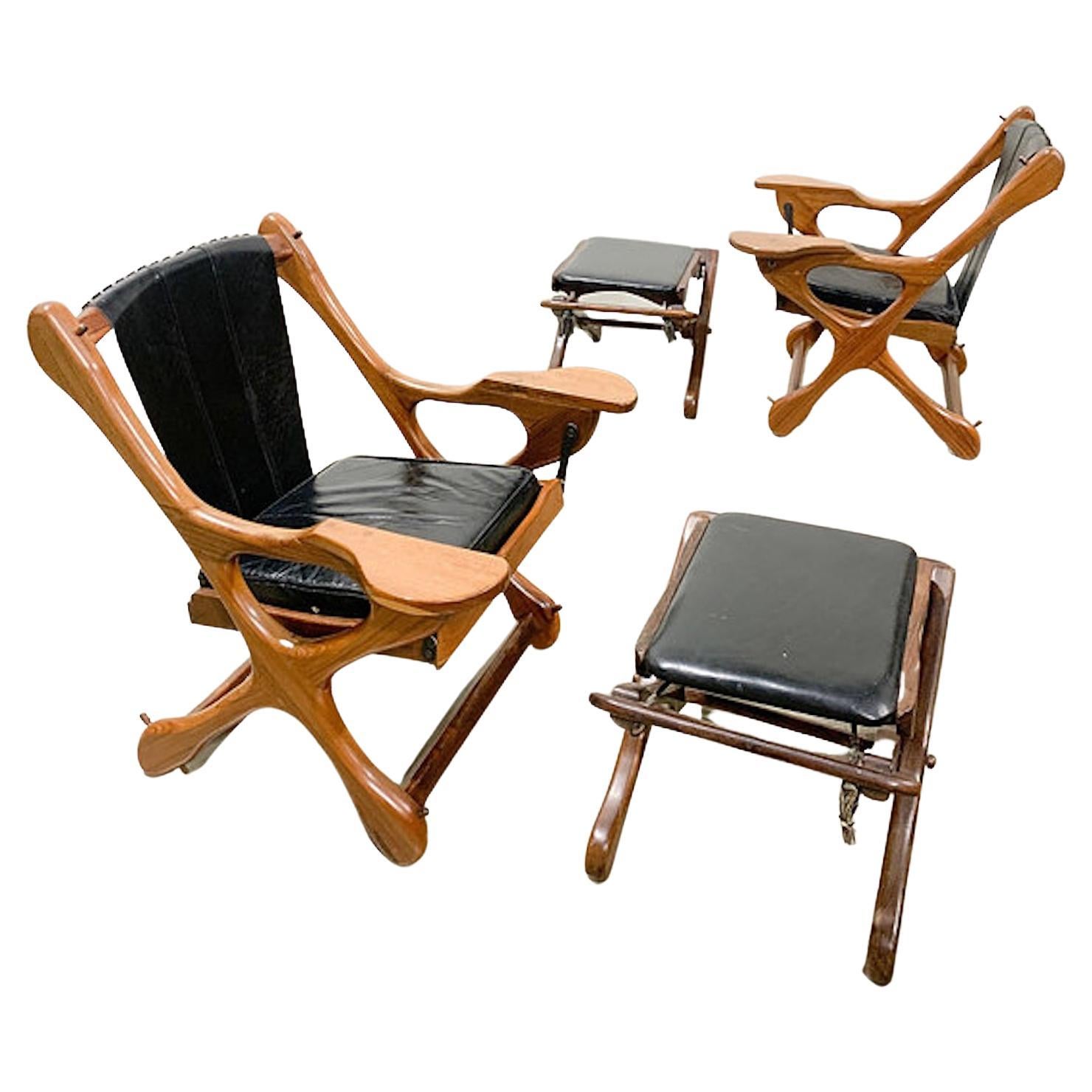 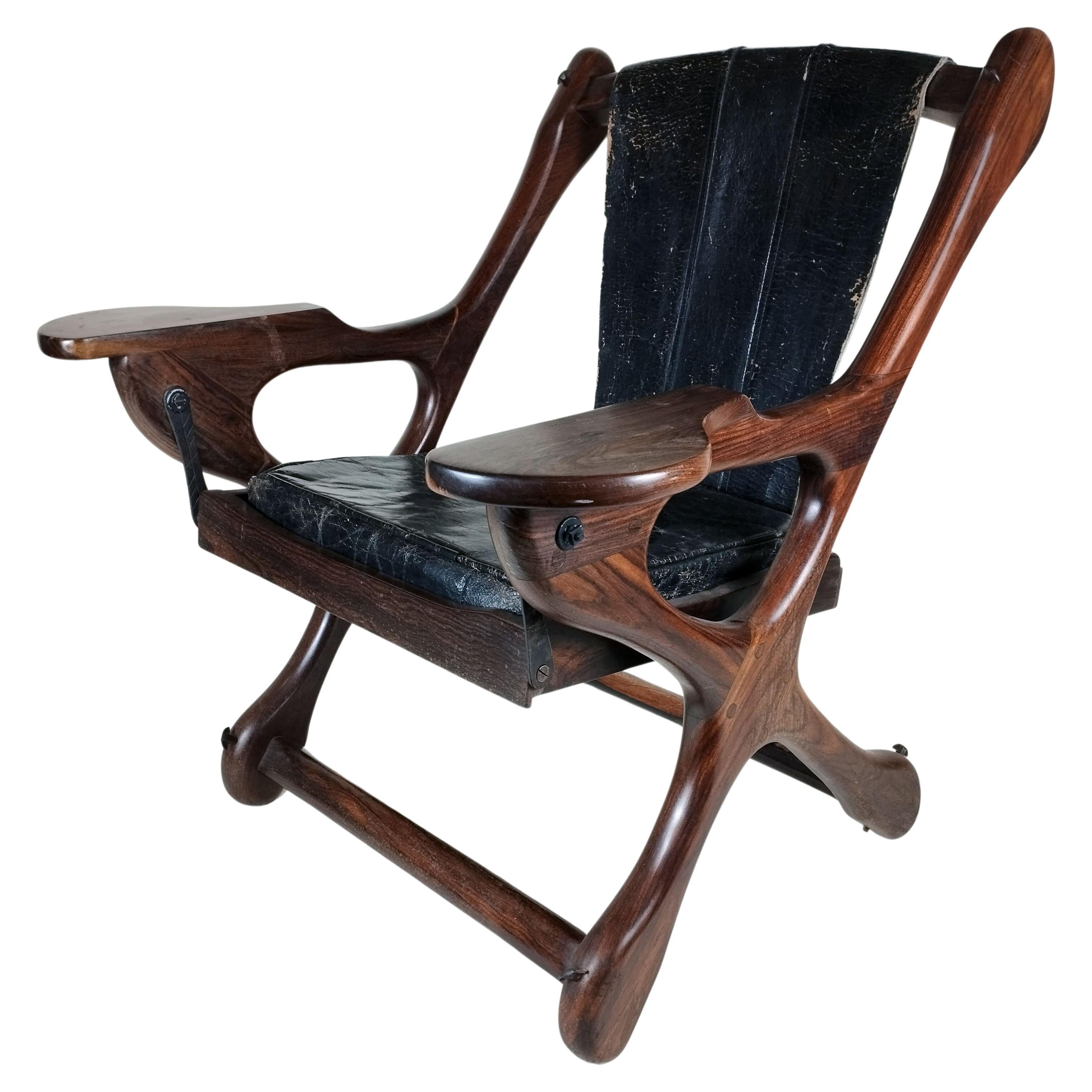 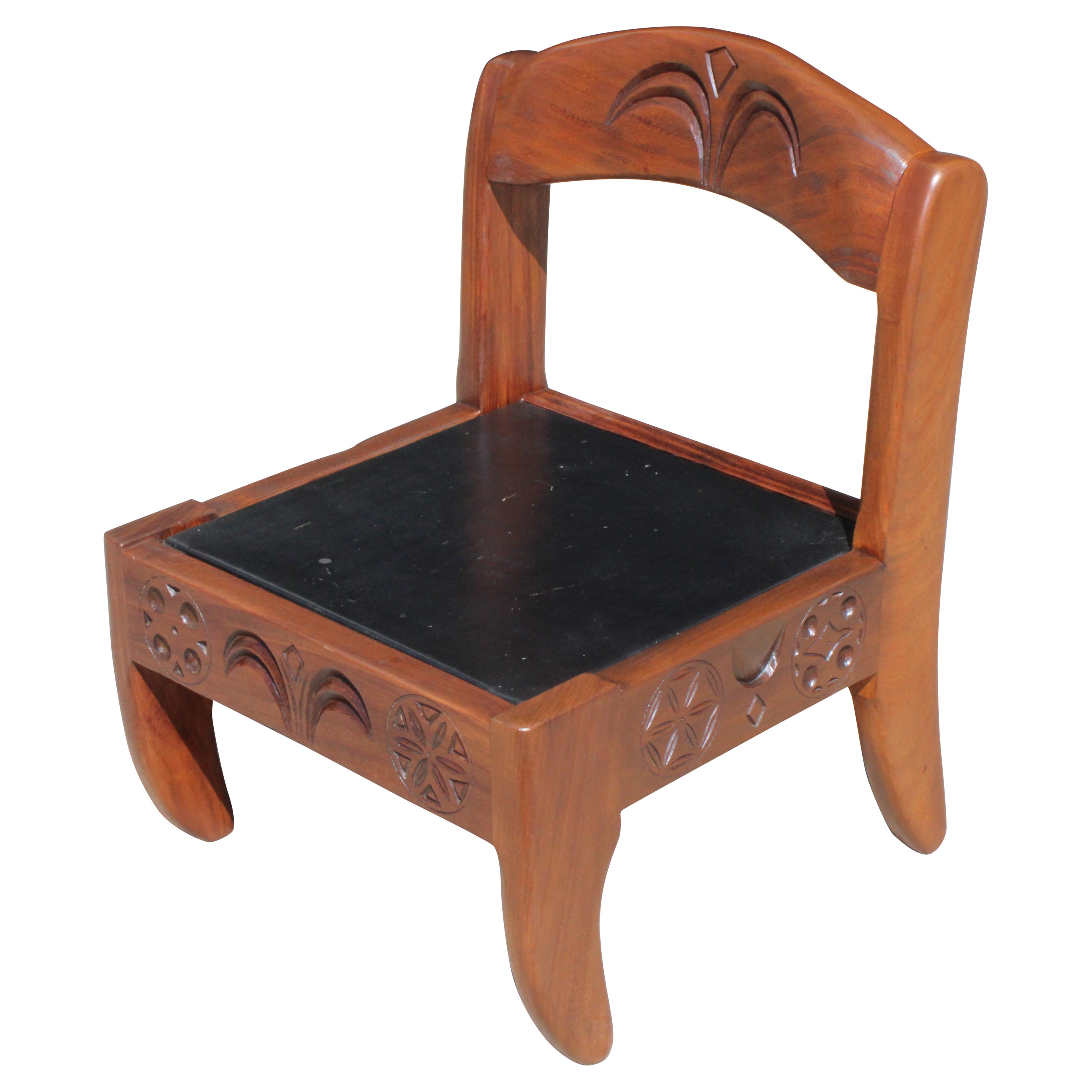 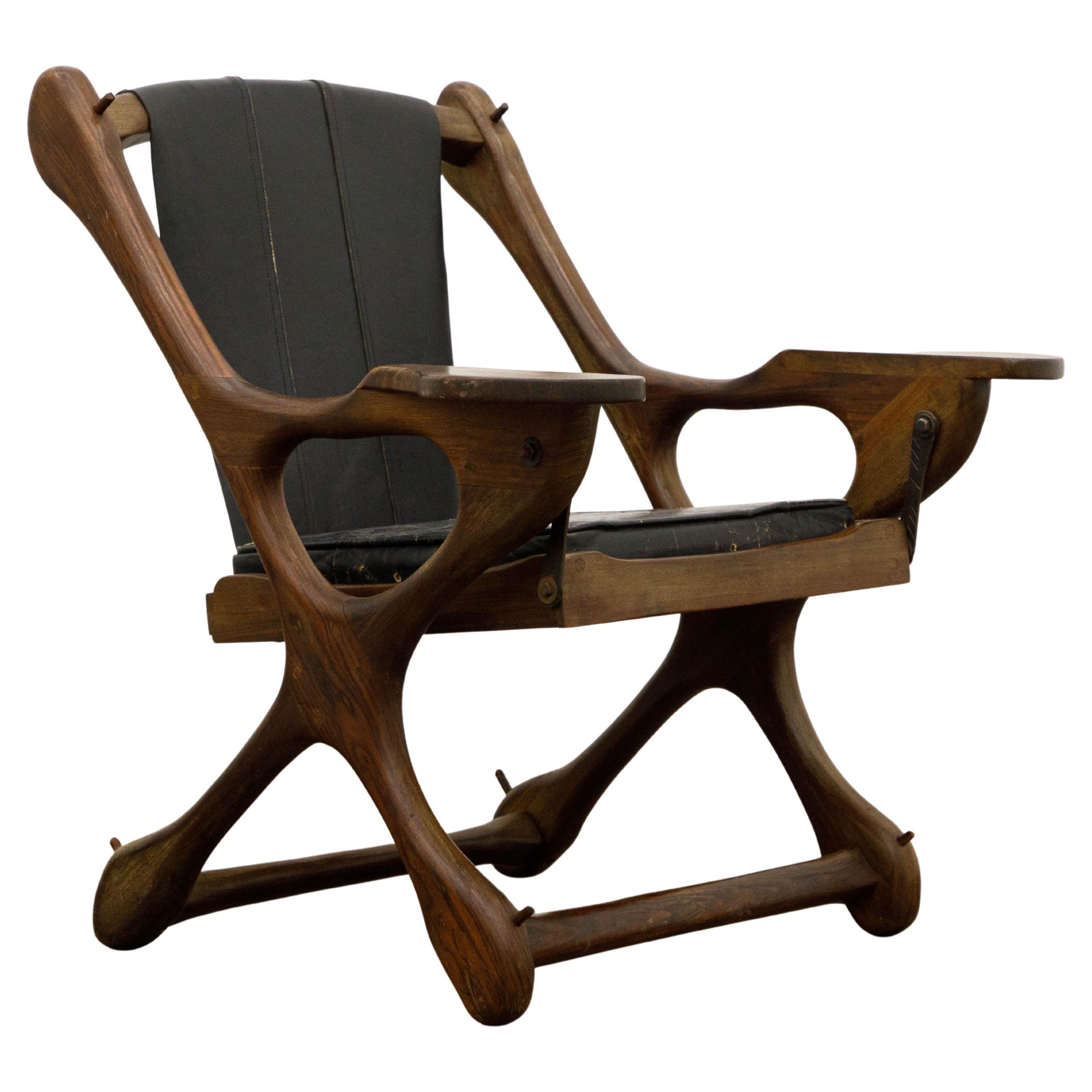 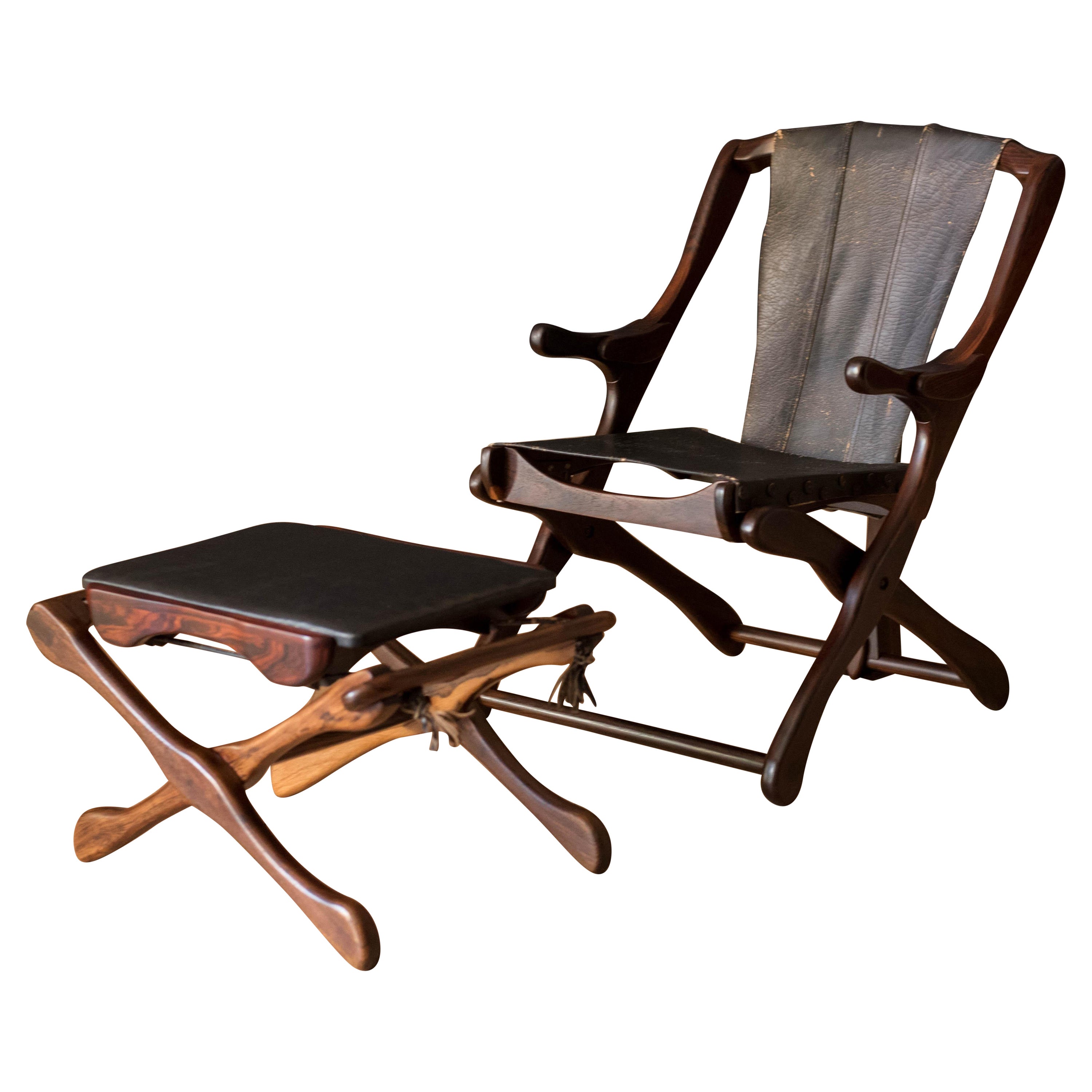 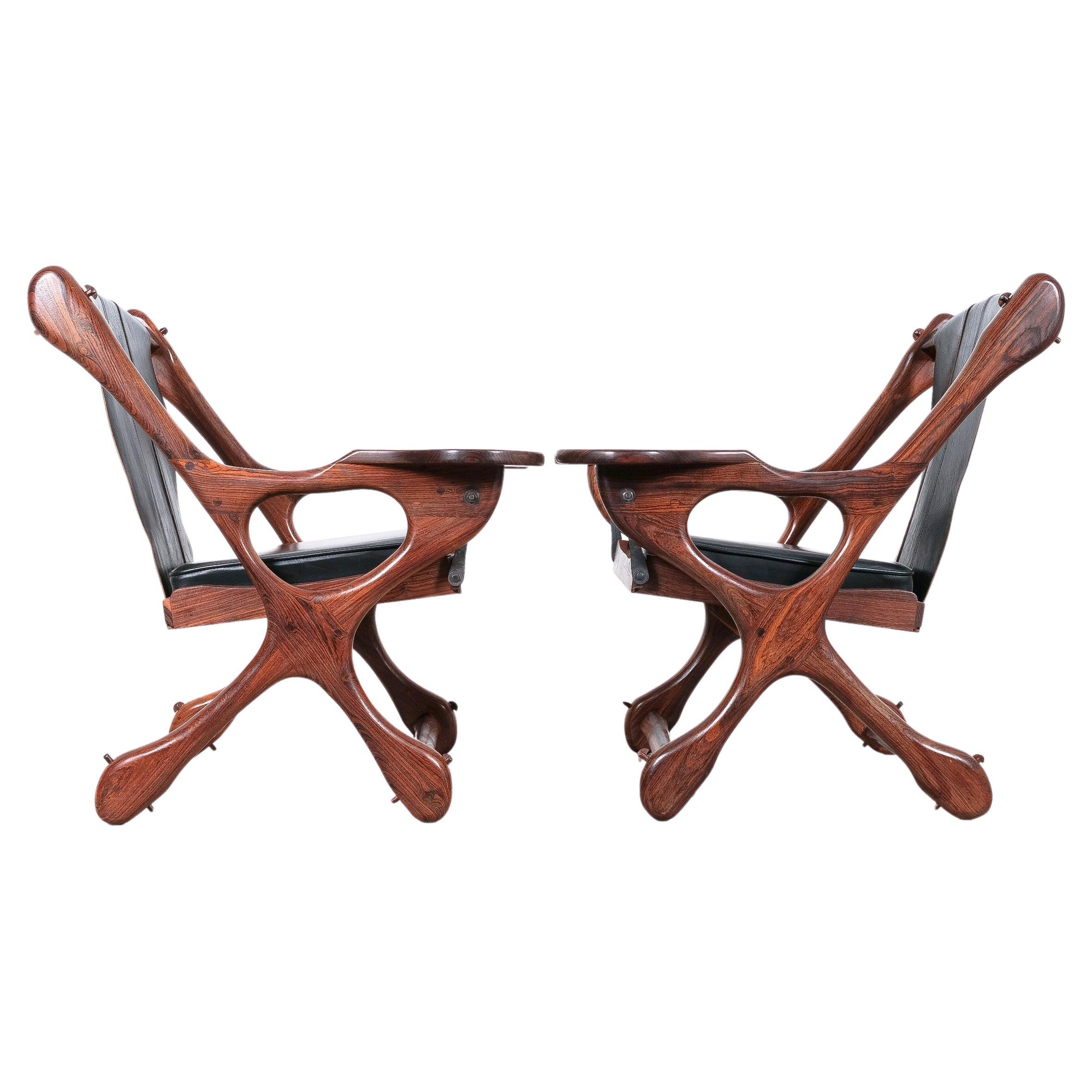 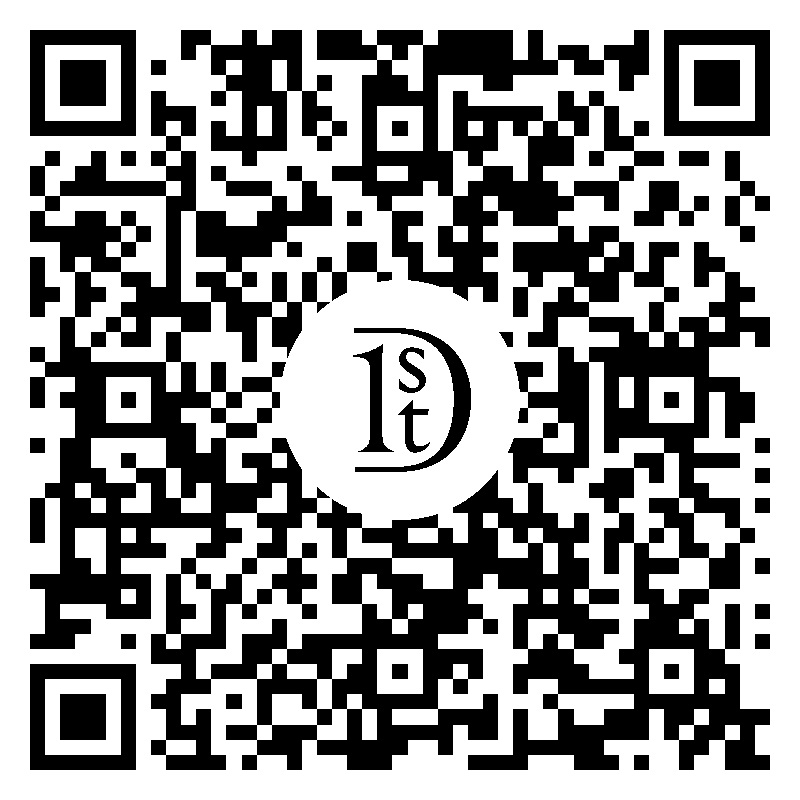 Perno safari chair of exotic Cocobolo wood with original black saddle leather slings, designed by American expat Don Shoemaker and produced at his Senal Studios in Mexico circa 1960's. A rare Shoemaker entry with an elegant Constructivist mien, this chair is crafted without use of glue, nails, or screws--the parts are fastened with wooden pegs and demount completely for shipping. The leather belts fastening the seat and back have been newly replaced, as have a few of the wooden pegs. The wood has been cleaned and polished. 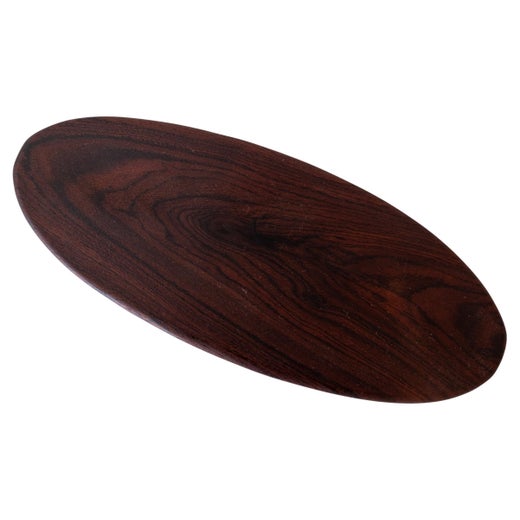 If it weren’t for his honeymoon, American furniture designer Don S. Shoemaker might not have played any role in Mexican modernism of the mid-20th century.

Born in Nebraska in 1919, Shoemaker studied at the School of the Art Institute of Chicago during the 1930s. In the 1940s he got married, and he and his wife, Barbara, ventured to Mexico for their honeymoon. Enamored with the country, Shoemaker decided that Mexico should become the newlyweds' permanent home. They settled in a town called Santa Maria de Guido in Michoacán, where Shoemaker spent his days painting and growing rare plants.

Through horticulture, Shoemaker became inspired by Mexico’s tropical woods, such as the cocobolo, a Mexican rosewood, and he decided to delve into furniture design. In the late 1950s, he started a small factory, producing hand-carved armchairs, dining room tables, decorative boxes and bowls, and serveware. The popularity of Shoemaker’s furnishings grew throughout Mexico, and his small factory became the Señal S.A. company, employing more than 100 skilled artisans and carpenters.

Shoemaker’s handcrafted designs were essentially a mid-century modern interpretation of traditional Mexican household furnishings, and like Clara Porset — an unsung Cuban-born activist, writer and designer who drew on Mexican craft traditions in her concepts for furniture — he found inspiration from his adopted country. These influences can be seen in iconic Shoemaker originals like the Sling collection of seating, the Suspension stool and several of his table designs.

Shoemaker's furniture was exhibited in showrooms in several major Mexican cities and across the U.S., including Houston, Chicago, and Los Angeles (and mid-century modernist ideas that traveled between Mexico and California didn’t make one-way trips — they bounced back and forth).

After Shoemaker died in 1990, his son George took over Señal S.A. The company closed after George’s death in the early 2000s.

Shoemaker’s Mexican modern furnishings continue to be coveted by avid furniture collectors around the world. From 2016 to 2017, the Museum of Modern Art in Mexico City dedicated a retrospective exhibition to honoring his work.

1stDibs Buyer Protection Guaranteed
If your item arrives not as described, we’ll work with you and the seller to make it right. Learn More
About the Seller
4.8
Located in New York, NY
Recognized Seller
These prestigious sellers are industry leaders and represent the highest echelon for item quality and design.
Platinum Seller
These expertly vetted sellers are 1stDibs' most experienced sellers and are rated highest by our customers.
Established in 1995
1stDibs seller since 2007
230 sales on 1stDibs
Typical response time: 1 hour
Associations
20th Century Specialists
More From This SellerView All
People Also Browsed
You May Also Like