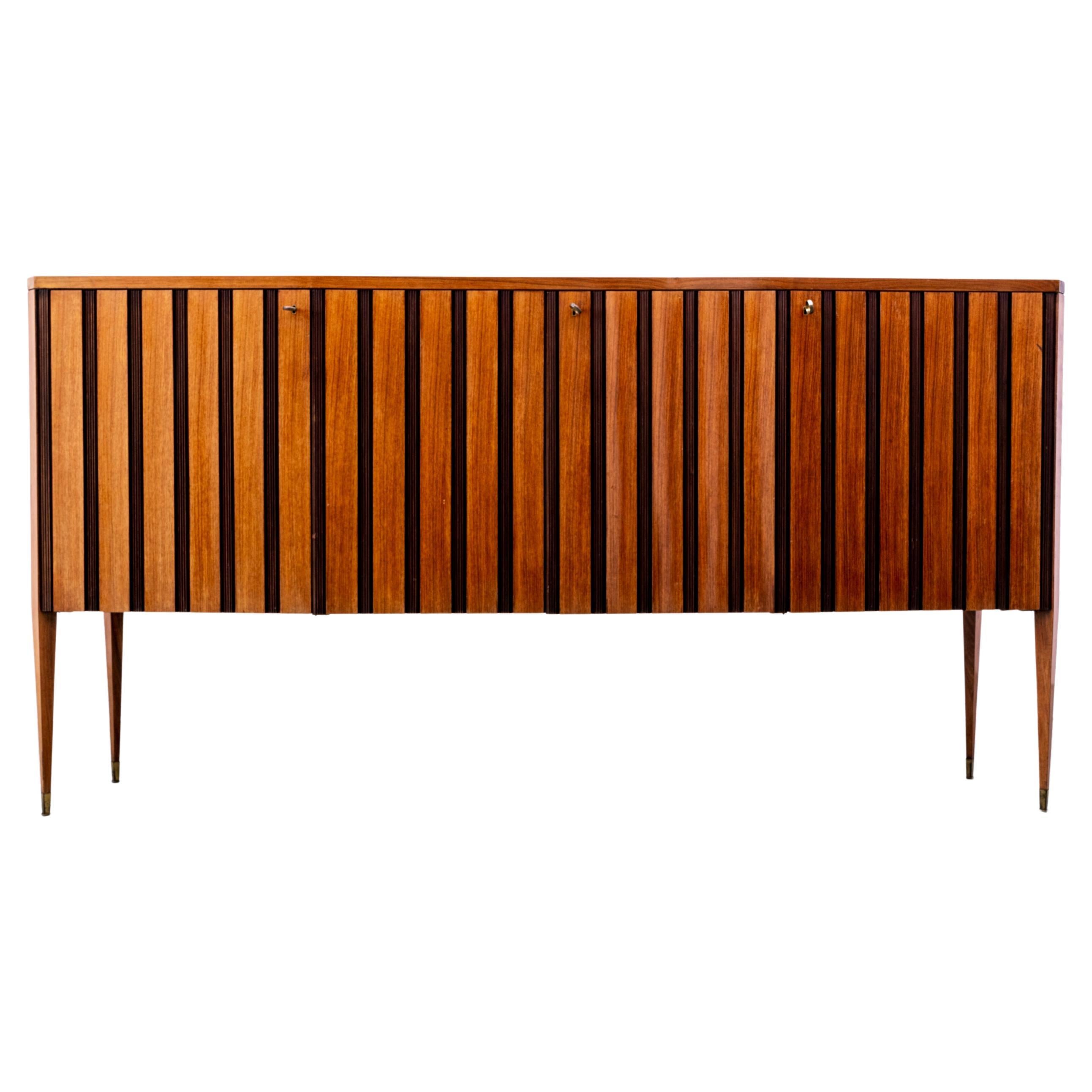 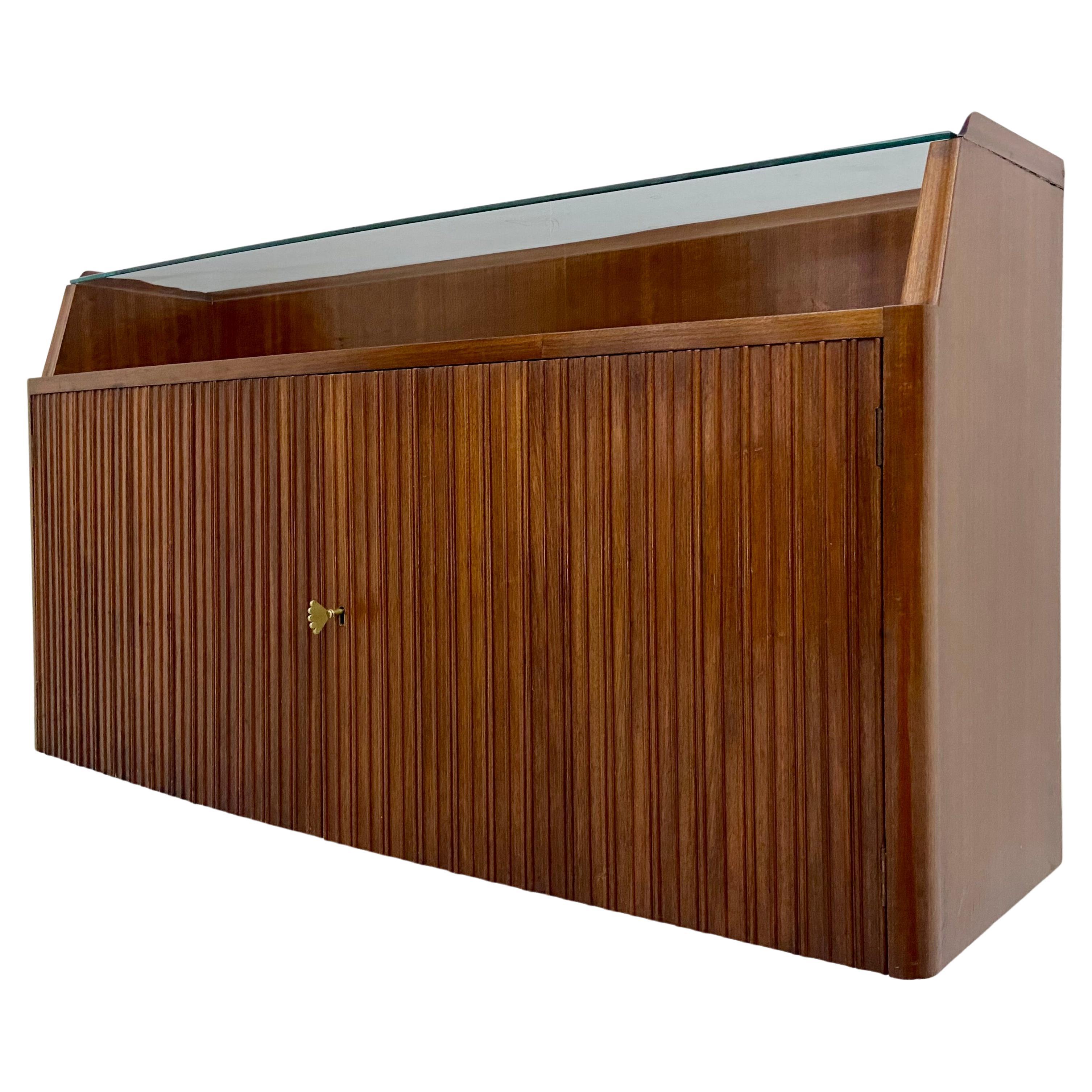 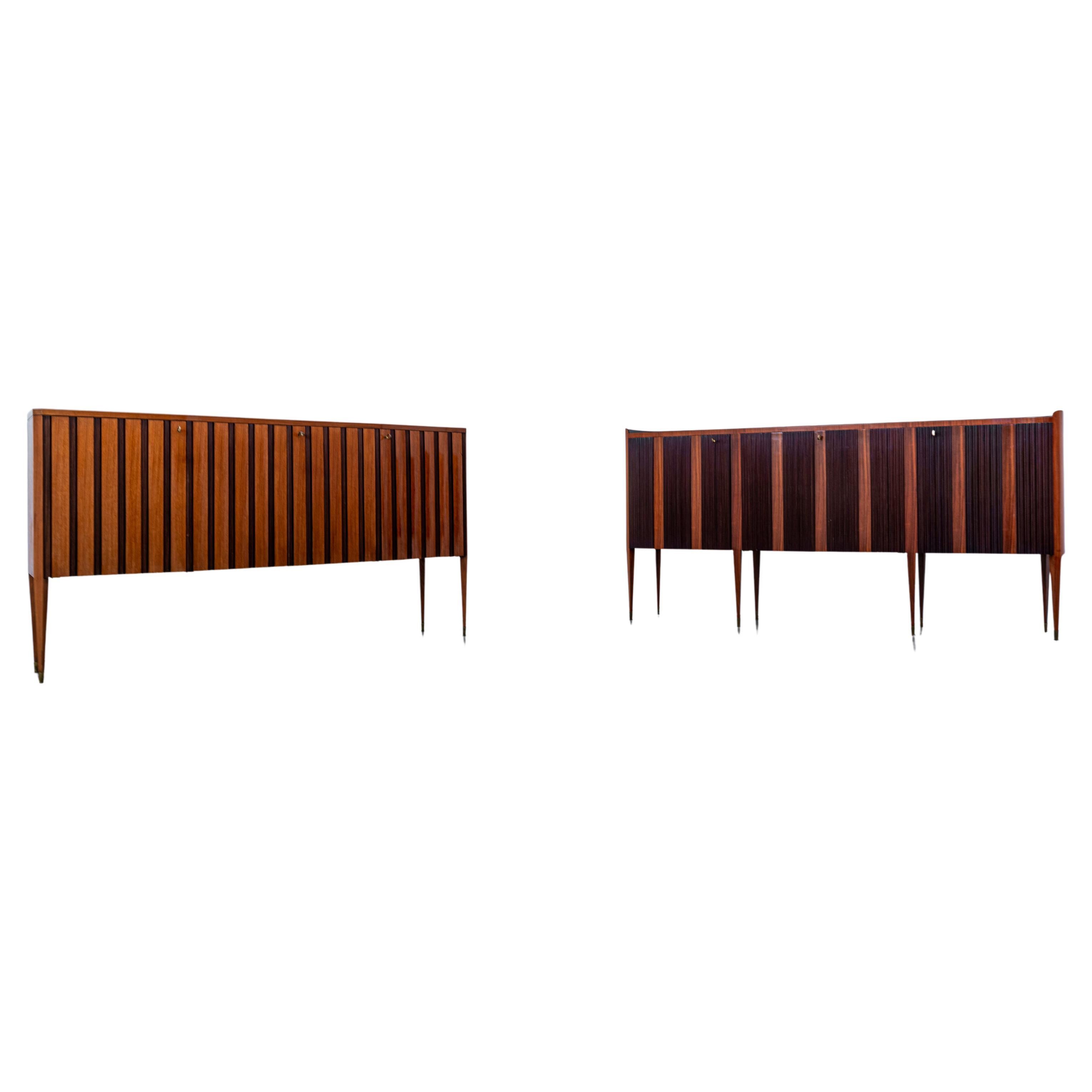 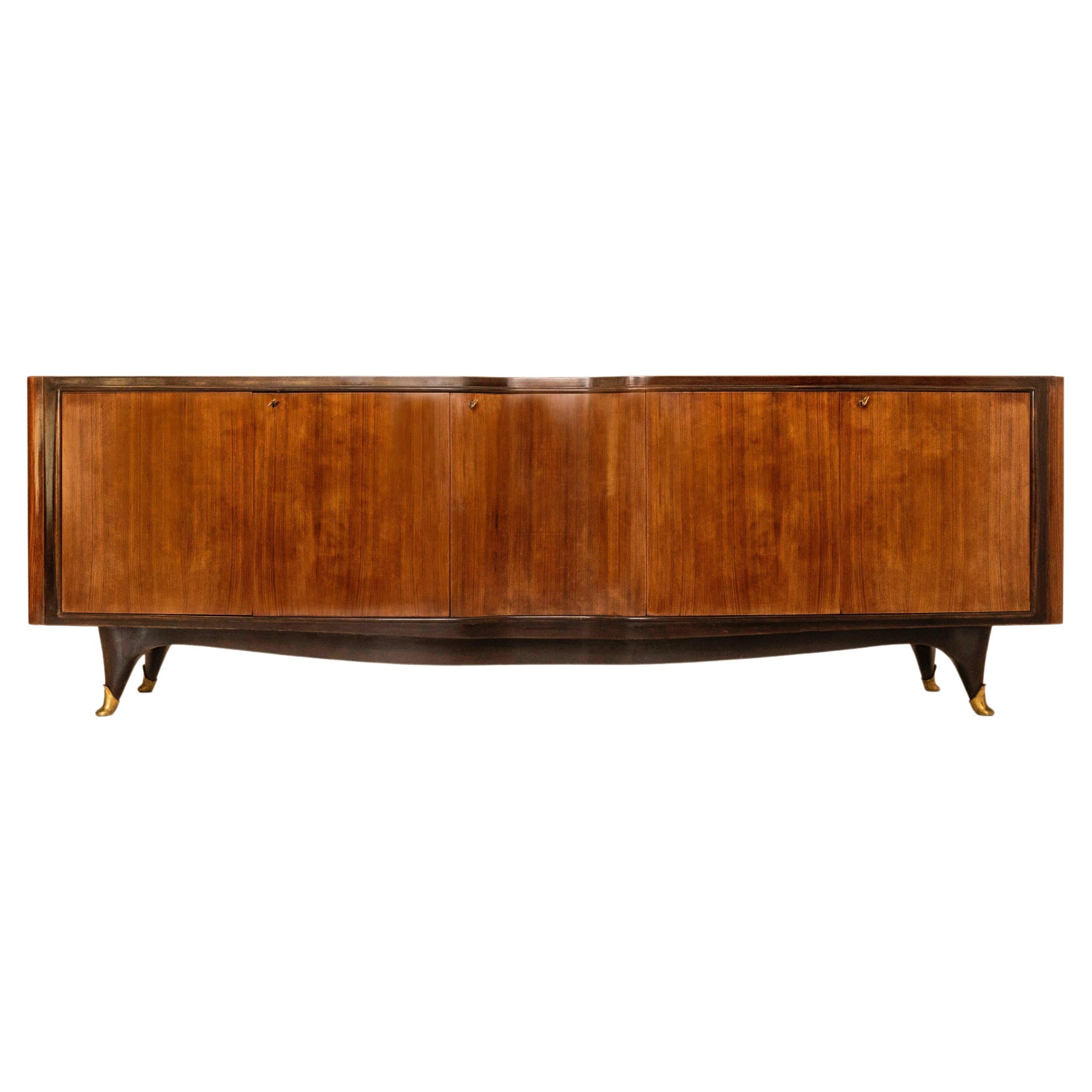 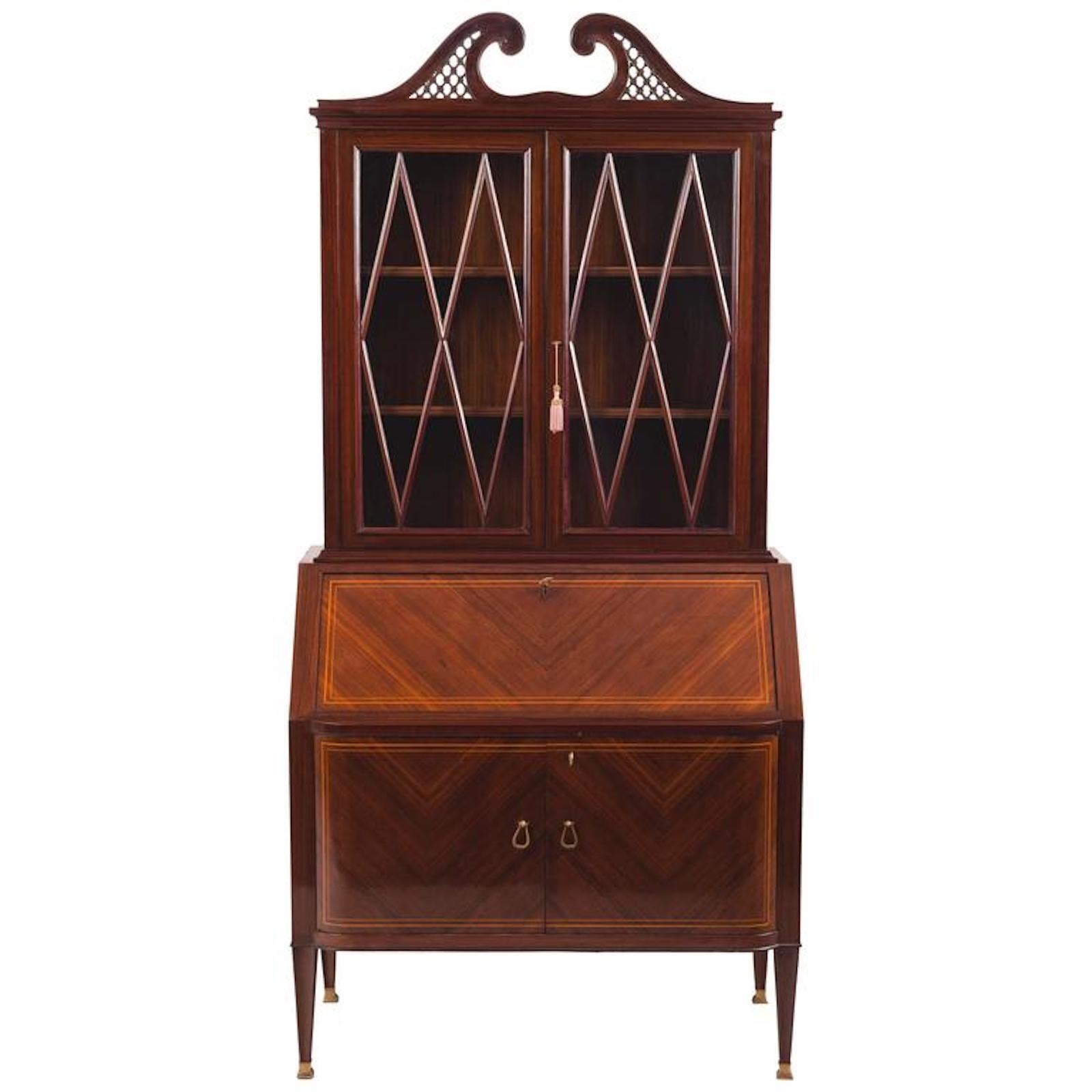 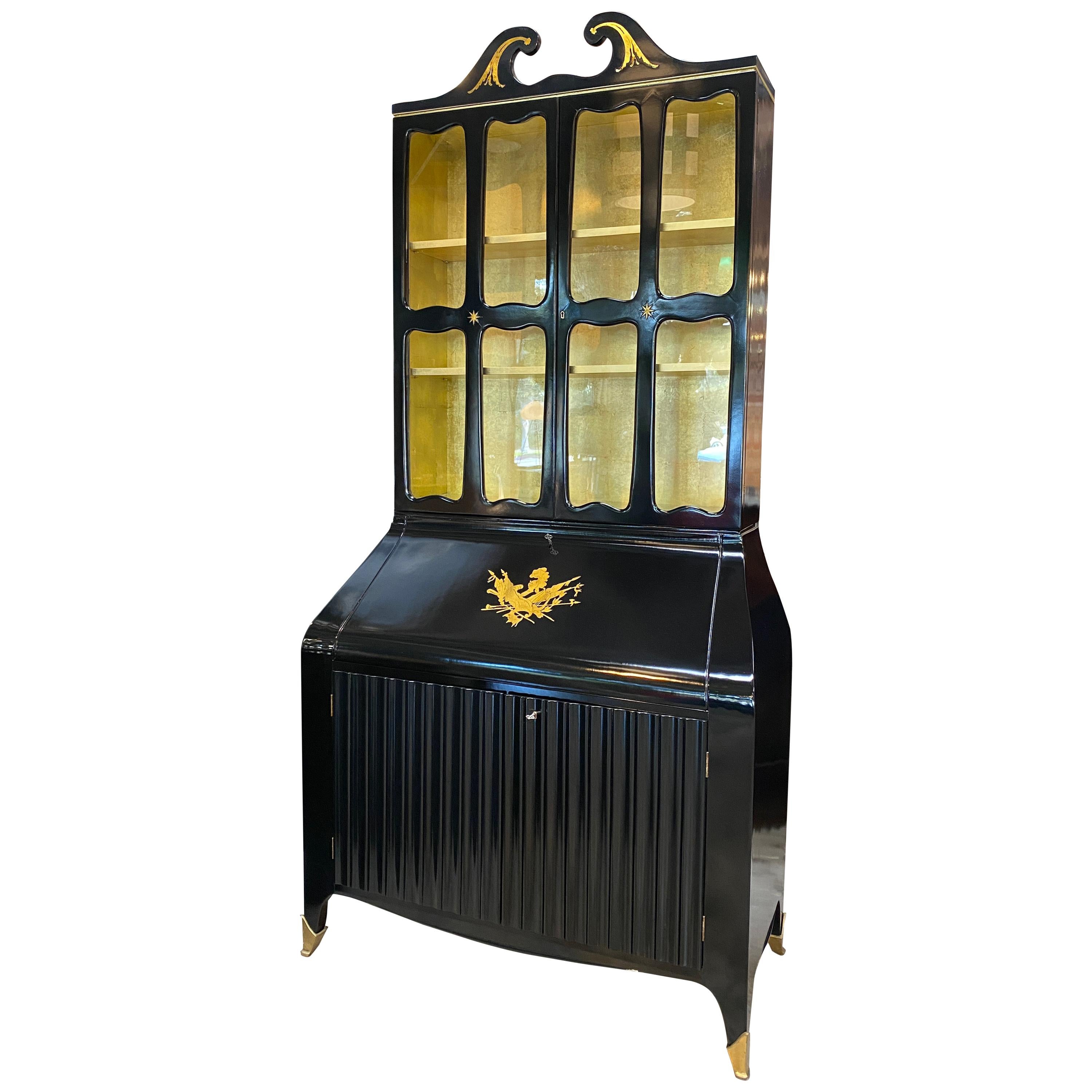 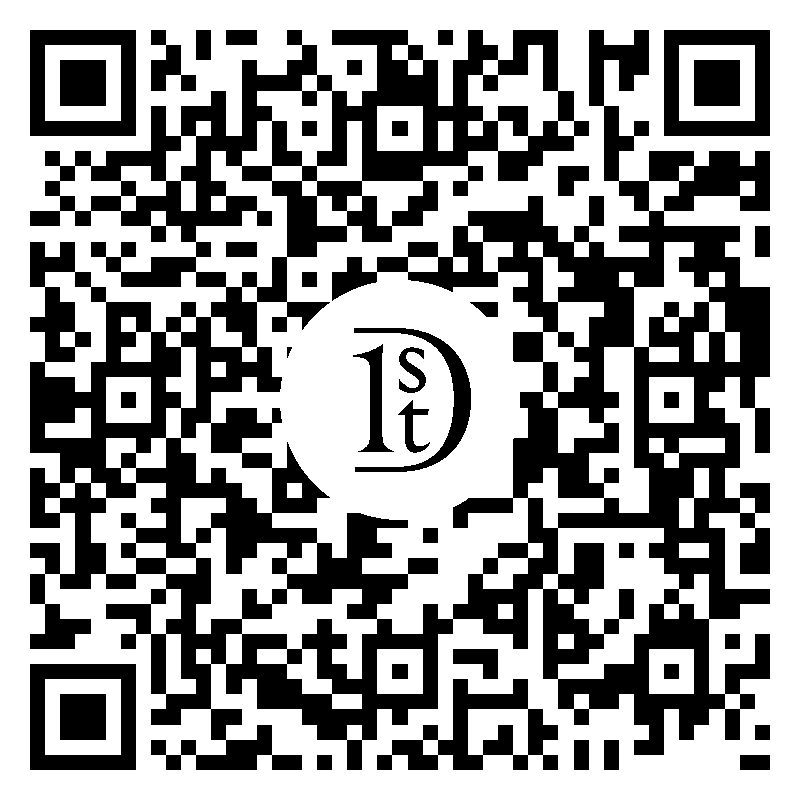 Paolo Buffa (1903-1970) architect, designer Paolo Buffa was the son of artist Giovanni Buffa, long-considered a modern innovator of early 20th century applied arts. The elder Buffa was renowned for his studio works in stained glass, often collaborating with Eugenio Quarti and other important architects. After graduating in 1927 from Politecnico di Milano, Paolo began training in the studio of Gio Ponti and Emilio Lancia. The following year he opened his own studio with the architect Cassi Ramelli, designing private villas and residential buildings with a strong focus on fine furniture done in the neoclassical style of the Milanese School and its luminaries: Ponti, Lancia, Buzzi, Marellin, and Albini. His designs (which included lighting and textiles) were characterized by perfect execution, for homes of the wealthy middle class with a taste for modern design, that blended functionality and comfort with quality materials. His pieces were primarily executed by the highly skilled artisans of the Mario Quarti studio in Milan, by Serafino Arrighi, and later by the Angelo Marelli workshop. In 1930 Buffa and Cassi Remelli participated in The International Exhibition of Decorative Arts,which would later become the Triennale di Milano. At this time he also began his first collaboration with Gio Ponti's Domus magazine, to which he would contribute many writings in the years to follow. The 1933 Triennale, "Mostra dell Arredamento," presented a solo exhibition on Buffa, as well as a group show that featured his textile designs alongside works by Buzzi, Albini, and Pollini in the display hall of the government institution National Crafts and Small Industries (ENAPI). By the time of his participation in the 1936 VI Triennale, Buffa was considered one of the elite arbiters of modern taste and style. The painter Roberto Aloi, director of “L’Arredamento Modern” (the Hoepli periodic review of modern design) dedicated more space to Buffa in his publication than to any other Italian architect in future editions. 1940 saw an intense collaboration with the acclaimed Mario Quarti furniture studio in Milan, in which Buffa created the furnishings for the Royal Palace of King Zog, in Tirana, Albania. In 1945 Ico Parisi organized the exhibition "Prima Mostra dell Arredamento" in Como. Together he and Buffa designed 12 environments, displayed as real rooms in a home. The following year the show travelled to Milan as “Mostra Mercato per la Reconstruzione” (Exhibition of Reconstruction). In addition to Buffa and Parisi, among the participants were Cassi Ramelli, Gio Ponti, and Guillermo Ulrich, all working under an objective to foster a profound collaboration between architect and expert craftsman. In 1947 Buffa was invited by esteemed textile designer Fede Cheti to participate in the exhibition “Lo Stile nell Arredamento Moderno” (The Style of Modern Furniture), celebrating the rebirth of quality execution and technical perfection in the reinvention of classic Italian furniture. Buffa’s works were exhibited alongside those by Albini, Buzzi, Chiesa, Lacca, Minoletti, Mollino, Parisi, Rava, and Ulrich. The following year, Cheti took the exhibition to Paris, organizing the Italian Pavilion at the 34th Salon de Artistes Decorators, in which furniture, textiles, objects, fine art, and sculpture were presented. The French public held Buffa in high esteem for his exquisite design and exacting execution, displaying an expertise that was singularly Italian. Domus, Milan R. Aloi. L'Arredamento Moderno. Hoepli. Milan,1952 R. Aloi. Esempi di Arredamento Moderno di Tutto il Mundo. Hoepli. Milan, 1955 Eredi di Angelo Marelli. Paolo Buffa Designer 1938-1968. Cantu, 1993 R. Rizzi. I Mobili di Paolo Buffa. Cantu, 2001. 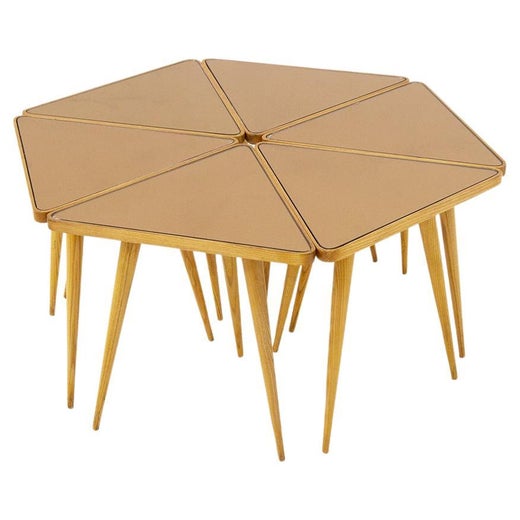 With a surname that loosely translates to a synonym for “bizarre” in Italian, Milanese designer and architect Paolo Buffa is best known for capturing the best of both old and new in his plush, enveloping lounge chairs and wingback chairs as well as his range of modern tables, each dazzling and provocative but built using classical techniques.

Purposely playful and airy, mid-century Italian interiors encouraged merriment and socializing. Buffa’s work was well suited to this, but unlike the postwar designers who established recognizable trademarks and signatures, his vintage furniture for Cassina and other firms — the sculptural side tables and case pieces of walnut and solid oak, the luxurious sheepskin sofas — differed considerably from one design to the next, making them appealing to a range of interior decorators and socialites with specific taste. The son of a highly sought-after artist, Giovanni Buffa, Paolo graduated in 1927 from Politecnico di Milano. He then spent time working under architects and designers Gio Ponti and Emilio Lancia. Ponti, who himself crafted thousands of furnishings and endlessly creative rooms, was so taken with the young designer that in 1928 he featured his simple and elegant rosewood dressing table in his new magazine, Domus.

After opening a firm with his regular collaborator Antonio Cassi Ramelli, Buffa became one of the leading tastemakers of Italian mid-century modern furnishings, designing for villas and residential buildings across the country. His style was a mix of Art Deco, Rationalism, neoclassicism and a bit of whimsy. He used high-quality materials and regularly worked with local ateliers known for their fine craftsmanship to produce his designs, such as Serafino Arrighi and Marelli & Colico. In 1940, he partnered with the Mario Quarti furniture studio on the royal palace of Albania’s King Zog, with Buffa designing the furniture, and in 1951, Egypt’s King Farouk enlisted him to redecorate his yacht.

While Buffa’s transcendent pieces are now collector’s items, there are a few still in production, such as those he made with Angelo Marelli. His eponymous firm, the Italian furniture producer Eredi Marelli, still manufactures some designs based on Buffa’s archives.

1stDibs Buyer Protection Guaranteed
If your item arrives not as described, we’ll work with you and the seller to make it right. Learn More
About the Seller
5.0
Located in Amsterdam, Netherlands
Vetted Seller
These experienced sellers undergo a comprehensive evaluation by our team of in-house experts.
Established in 2010
1stDibs seller since 2020
35 sales on 1stDibs
Typical response time: <1 hour
More From This SellerView All
People Also Browsed
You May Also Like