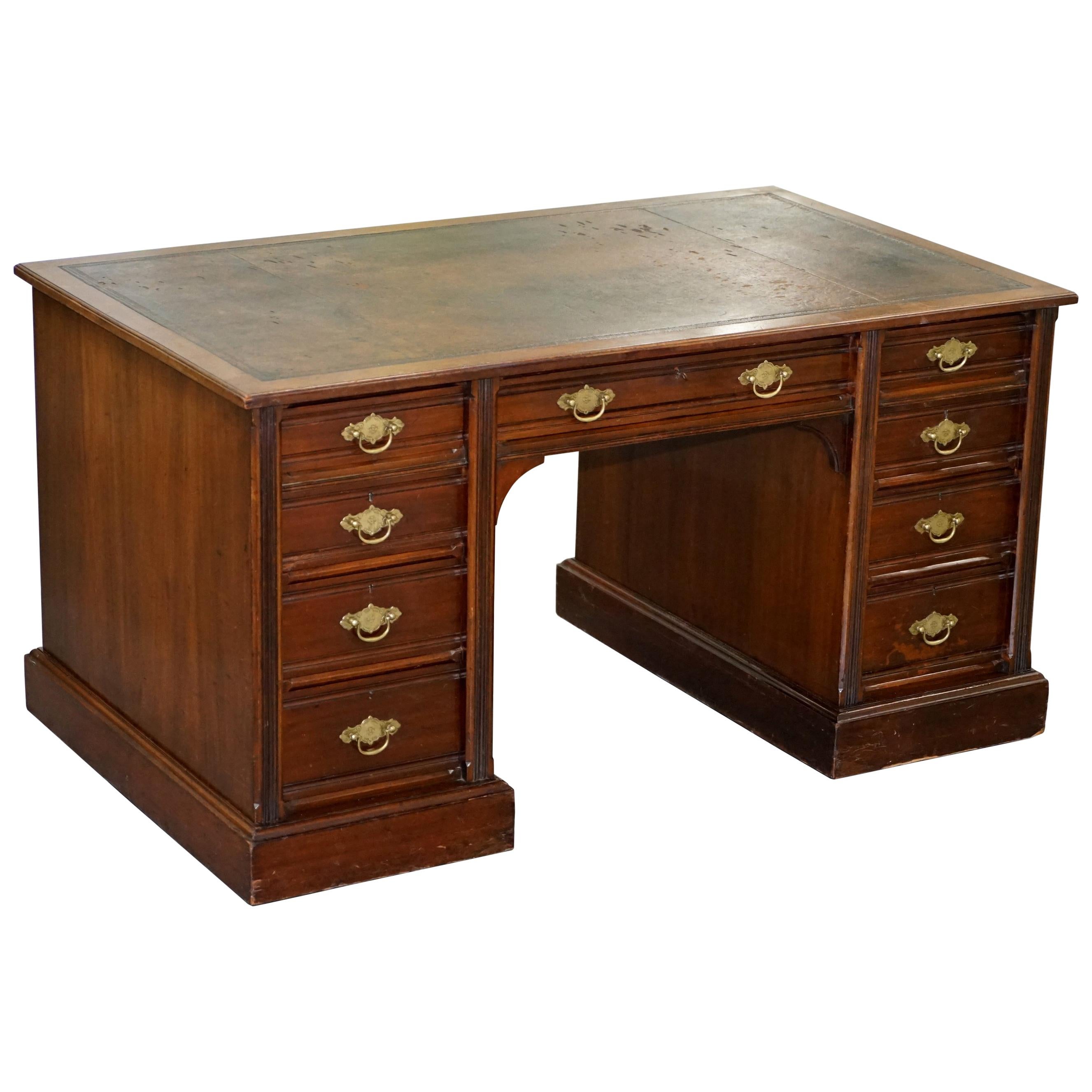 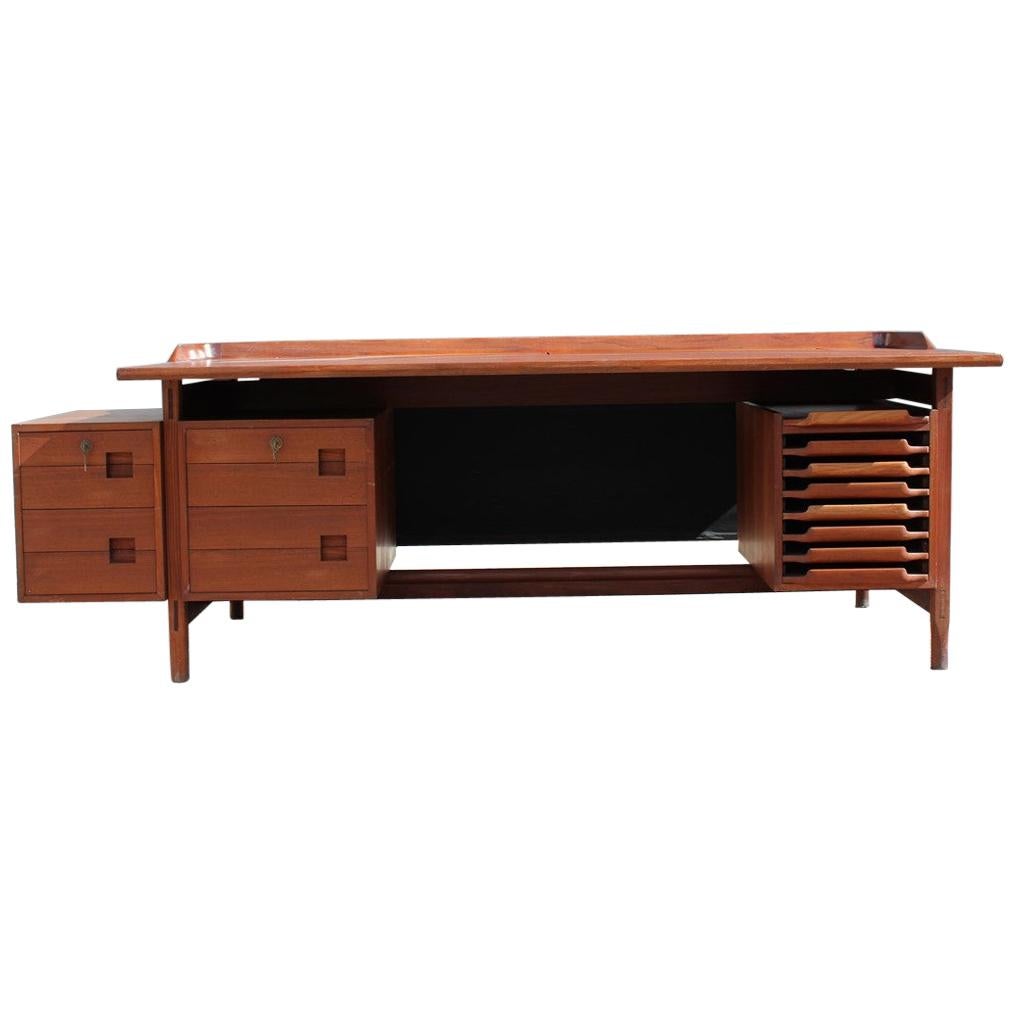 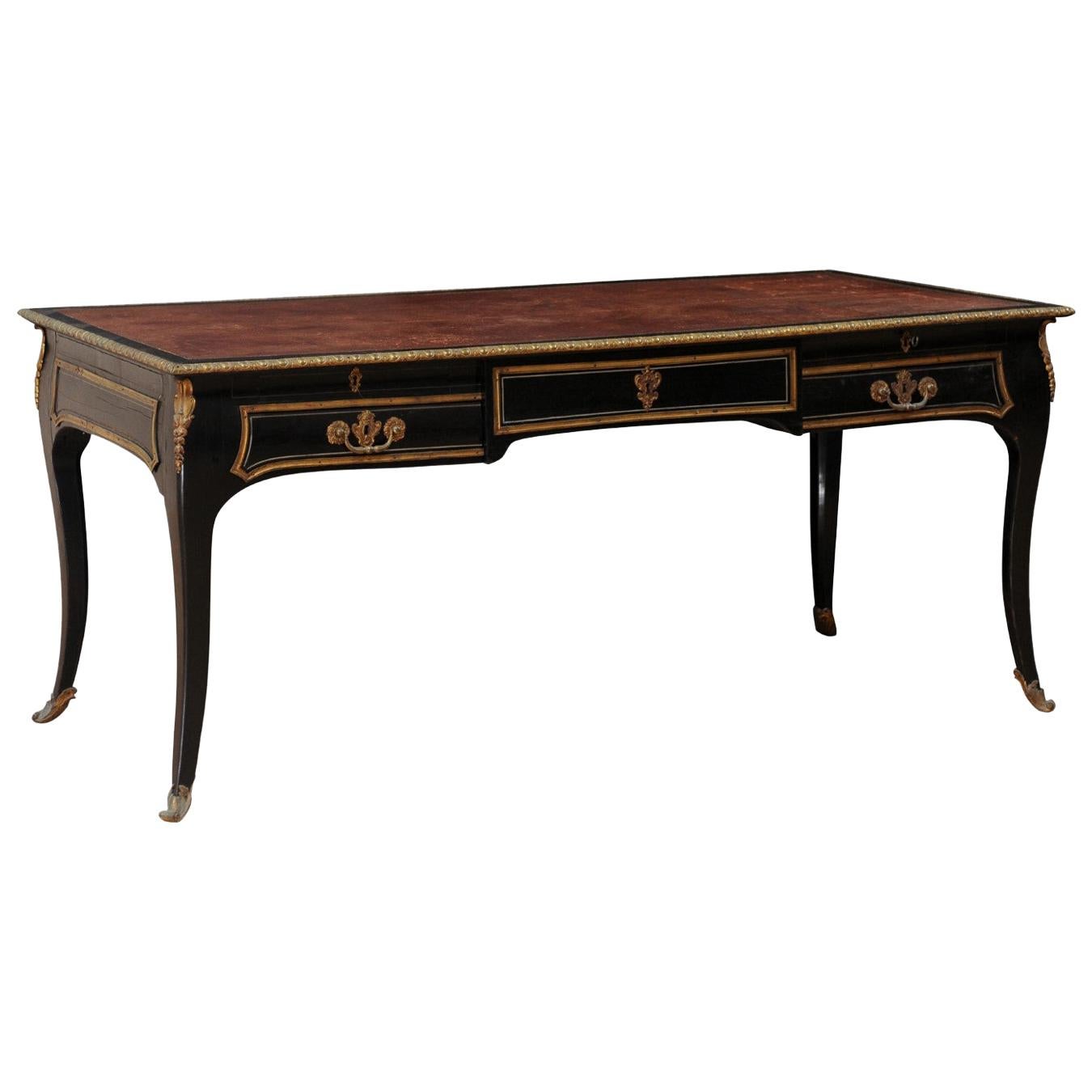 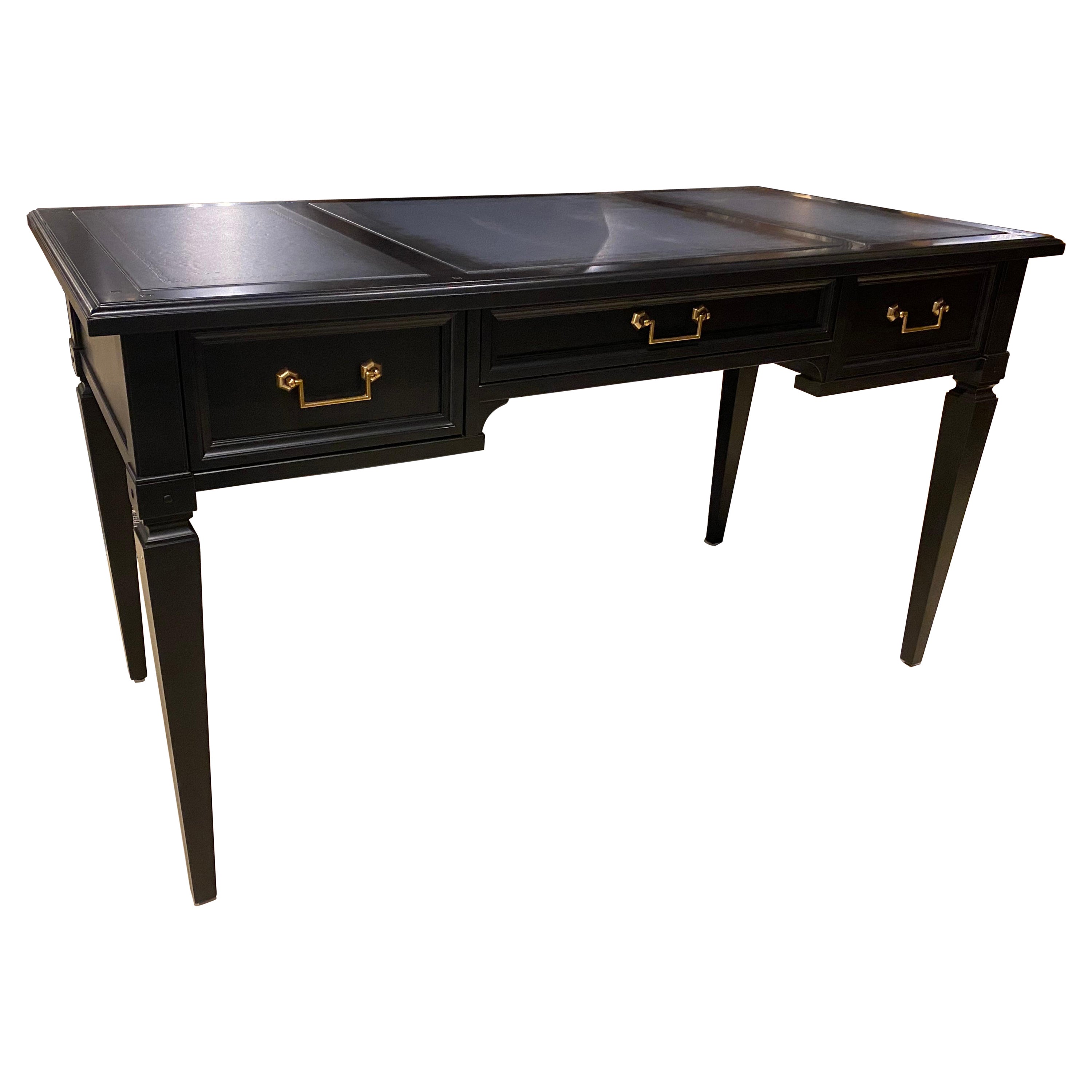 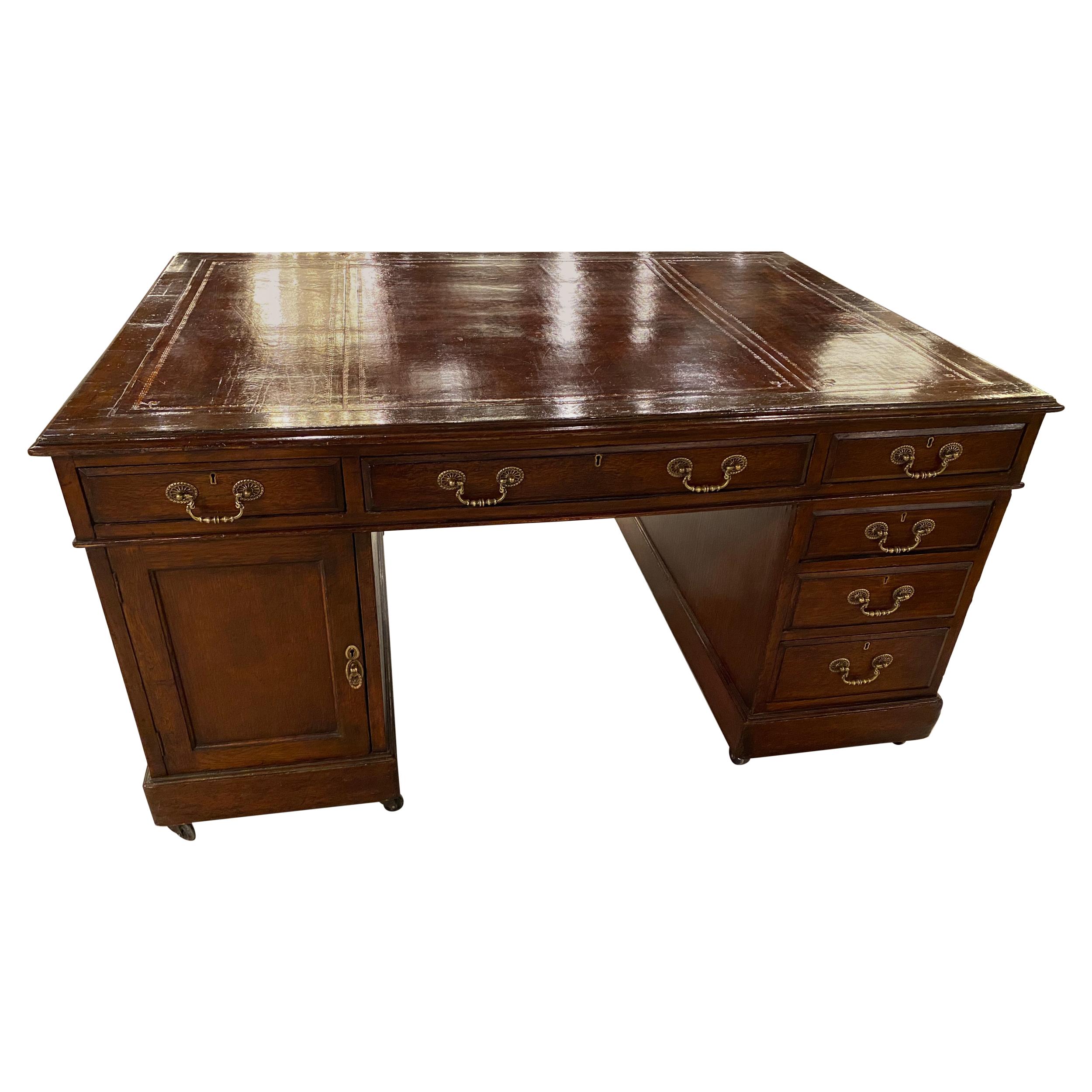 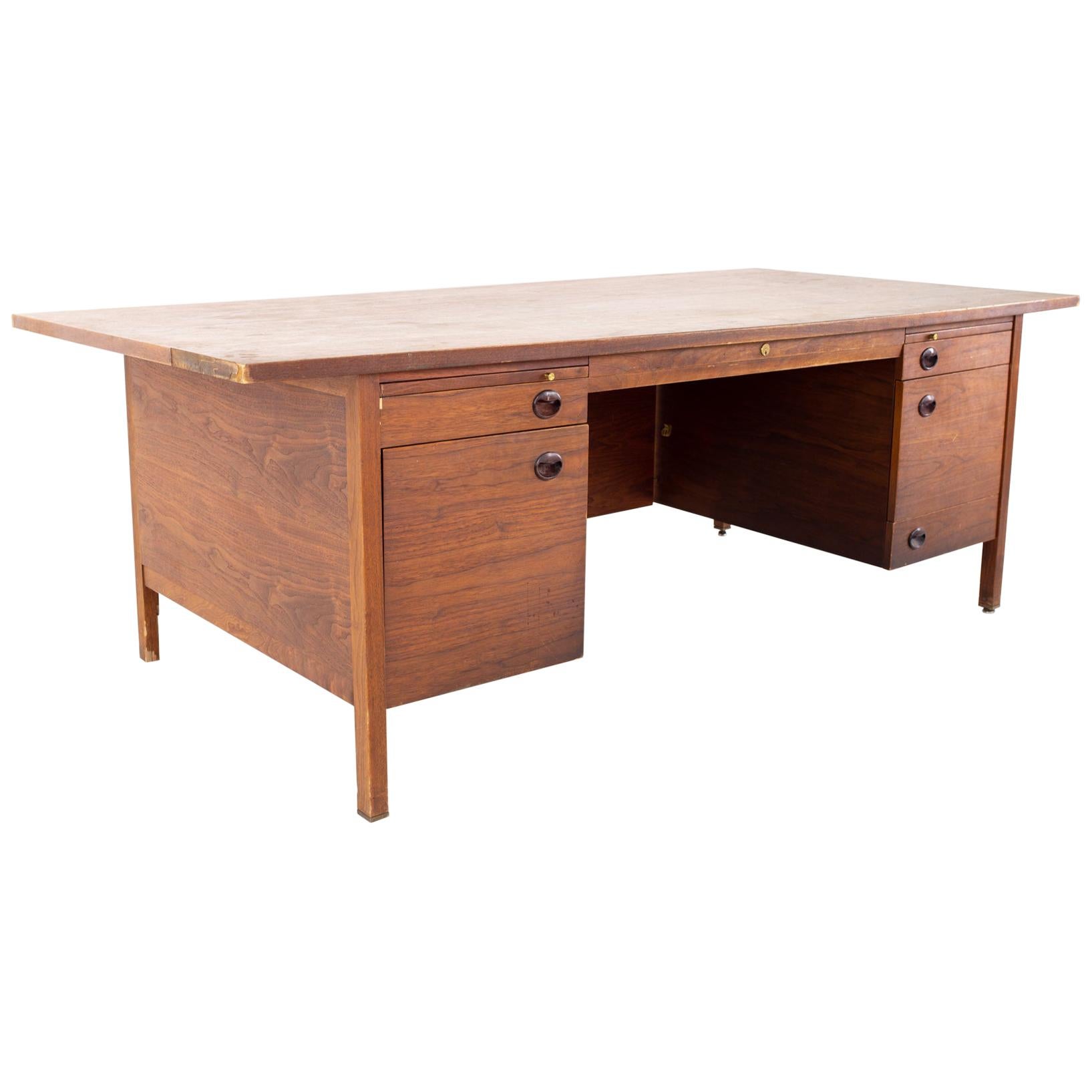 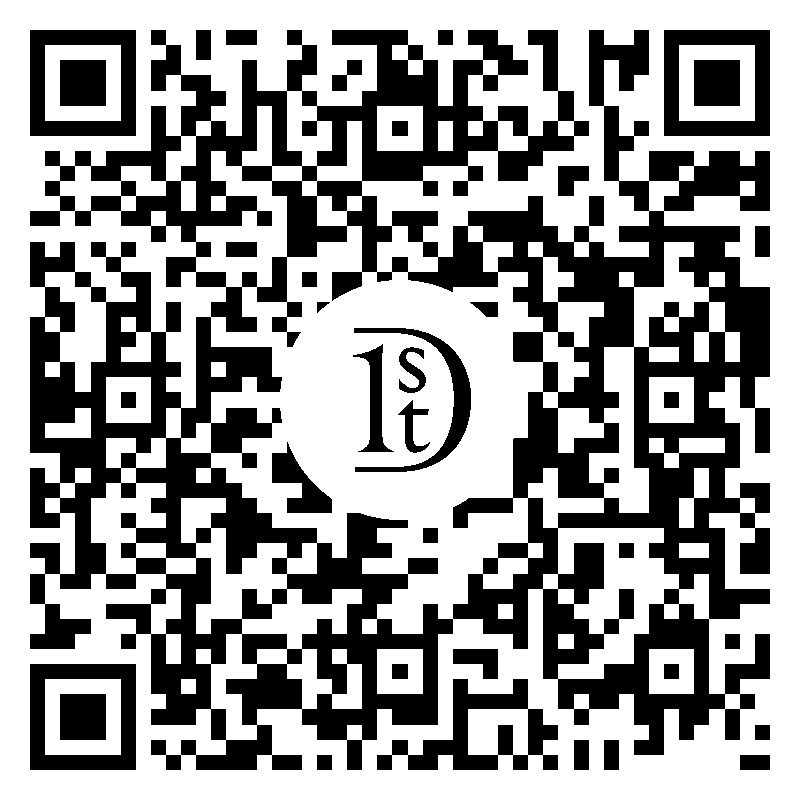 This is a Dunbar writing desk designed by Edward Wormley. This desk has the original order ticket taped under the drawer and features the original finish. The drawer includes a built in tray for your writing materials and you styluses. This is a wonderful opportunity to spruce up your office with an Edward Wormley piece in its absolute original state! 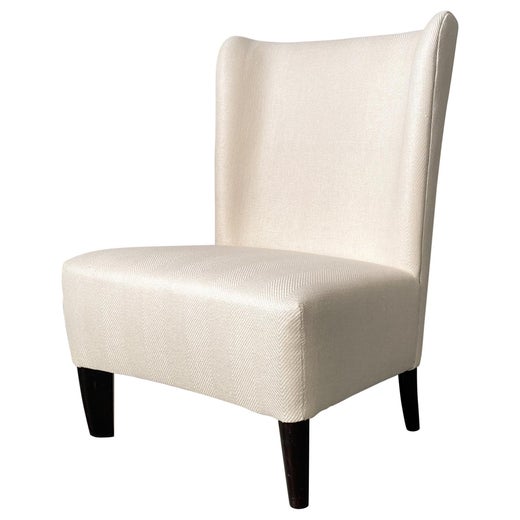 Wormley was born in rural Illinois and as a teenager took correspondence courses from the New York School of Interior Design. He later attended the Art Institute of Chicago but ran out of money for tuition before he could graduate. Marshall Field hired Wormley in 1930 to design a line of reproduction 18th-century English furniture; the following year he was hired by the Indiana-based Dunbar, where he quickly distinguished himself. It was a good match. Dunbar was an unusual firm: it did not use automated production systems; its pieces were mostly hand-constructed. For his part, Wormley did not use metal as a major component of furniture; he liked craft elements such as caned seatbacks, tambour drawers, or the woven-wood cabinet fronts seen on his Model 5666 sideboard of 1956. He designed two lines for Dunbar each year — one traditional, one modern — until 1944, by which time the contemporary pieces had become the clear best sellers.

Many of Wormley’s signature pieces are modern interpretations of traditional forms. His 1946 Riemerschmid Chair — an example is in the collection of the Museum of Modern Art — recapitulates a late 19th-century German design. The long, slender finials of his Model 5580 dining chairs are based on those of Louis XVI chairs; his Listen-to-Me Chaise (1948) has a gentle Rococo curve; the “Precedent” line that Wormley designed for Drexel Furniture in 1947 is a simplified, pared-down take on muscular Georgian furniture. But he could invent new forms, as his Magazine table of 1953, with its bent wood pockets, and his tiered Magazine Tree (1947), both show. And Wormley kept his eye on design currents, creating a series of tables with tops that incorporate tiles and roundels by the great modern ceramicists Otto and Gertrud Natzler. As the items on 1stDibs demonstrate, Edward Wormley conceived of a subdued sort of modernism, designing furniture that fits into any decorating scheme and does not shout for attention. 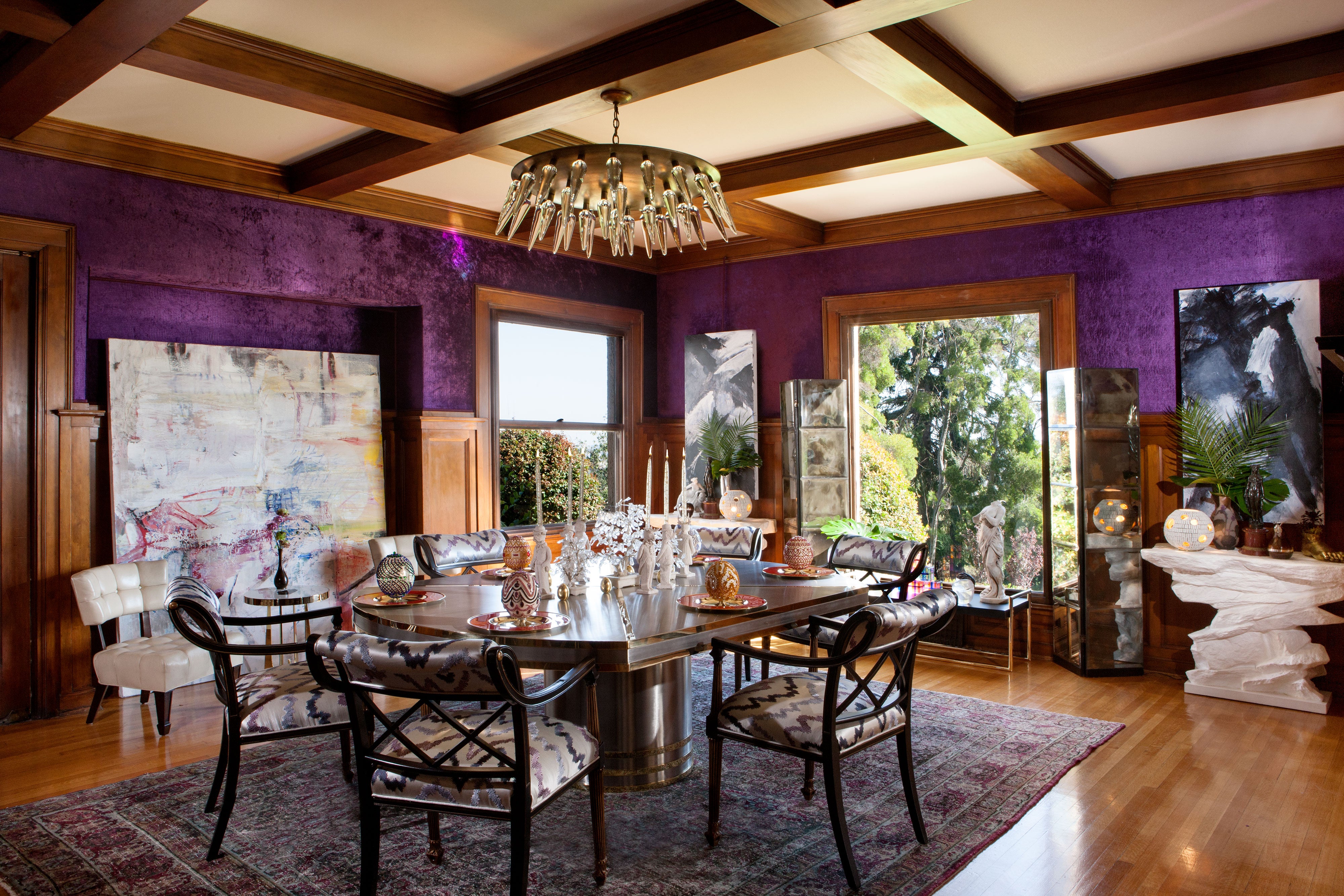 About the Seller
5 / 5
Located in Palm Desert, CA
Recognized Seller
These prestigious sellers are industry leaders and represent the highest echelon for item quality and design.
Platinum Seller
These expertly vetted sellers are 1stDibs' most experienced sellers and are rated highest by our customers.
Established in 1997
1stDibs seller since 2004
220 sales on 1stDibs
Typical response time: <1 hour
Associations
20th Century Specialists
More From This Seller