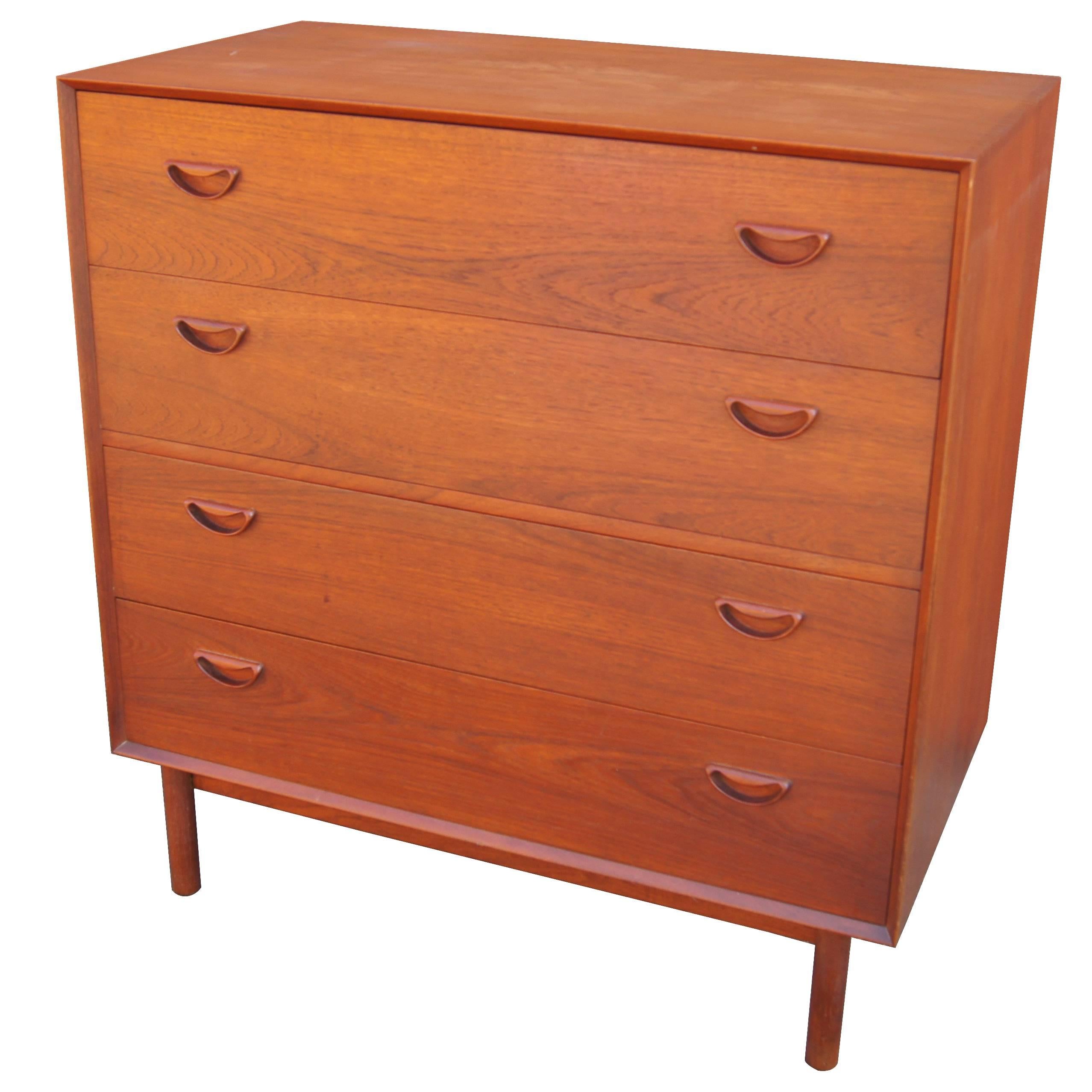 Chest of Drawers by Hvidt and Mølgaard-Nielsen 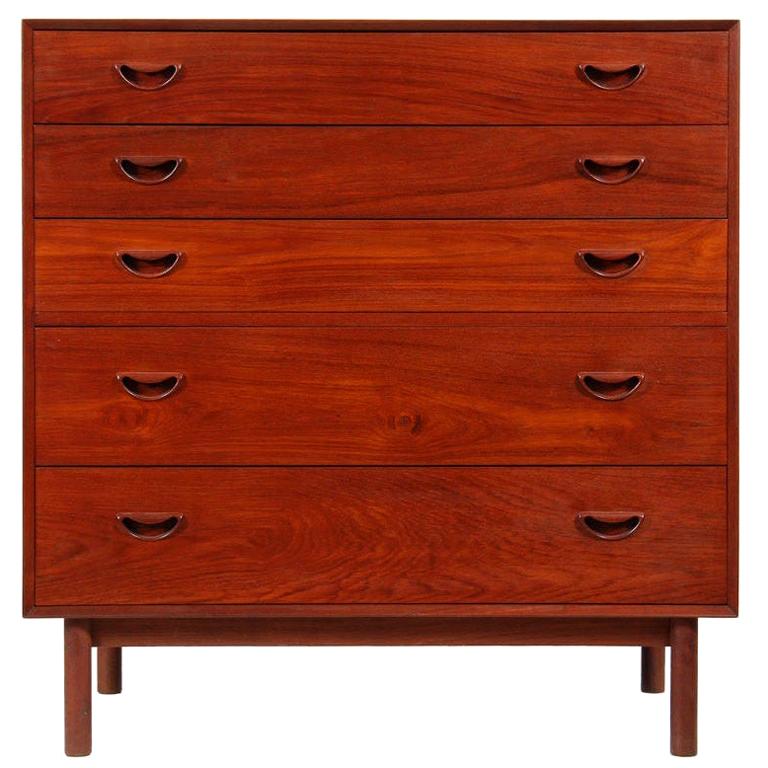 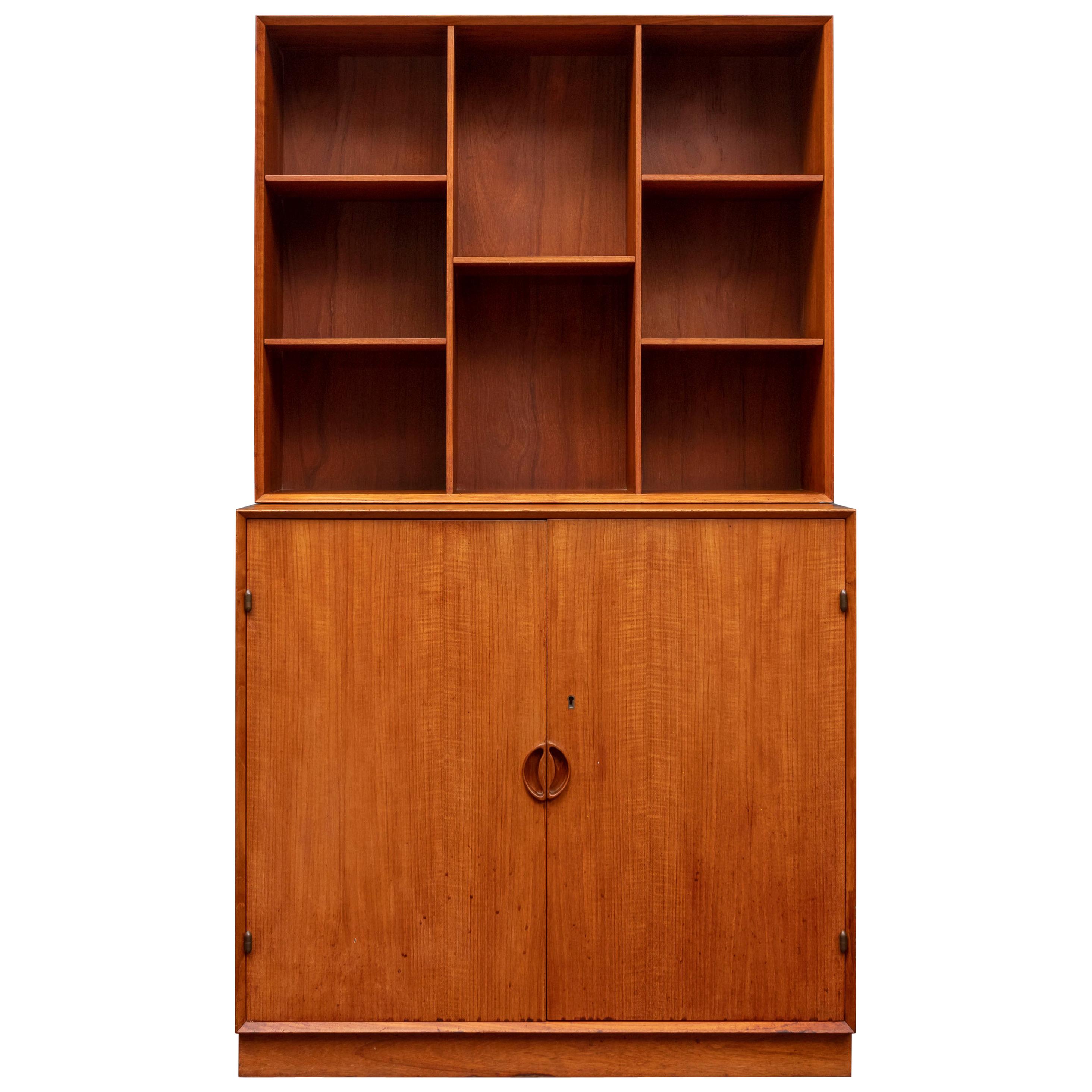 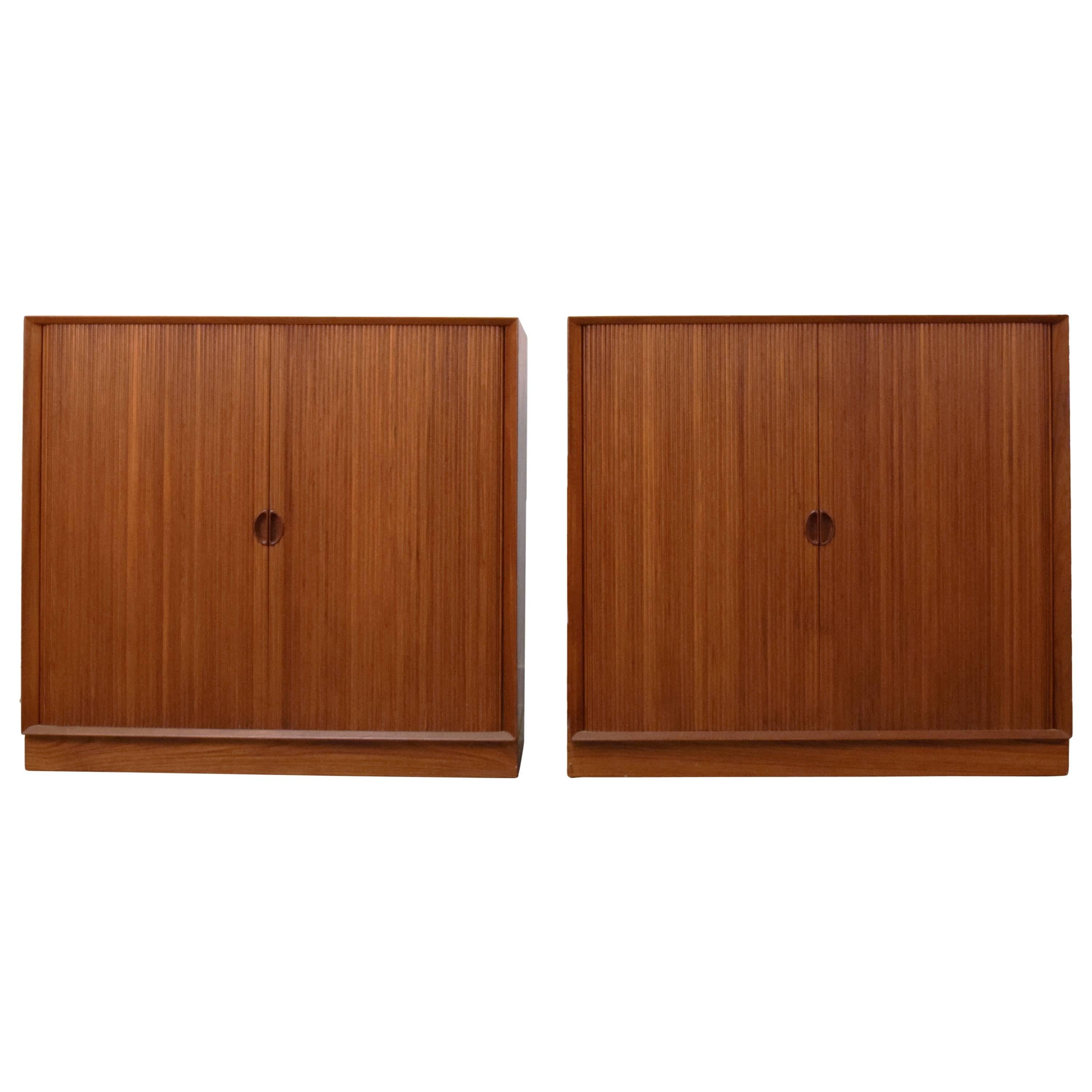 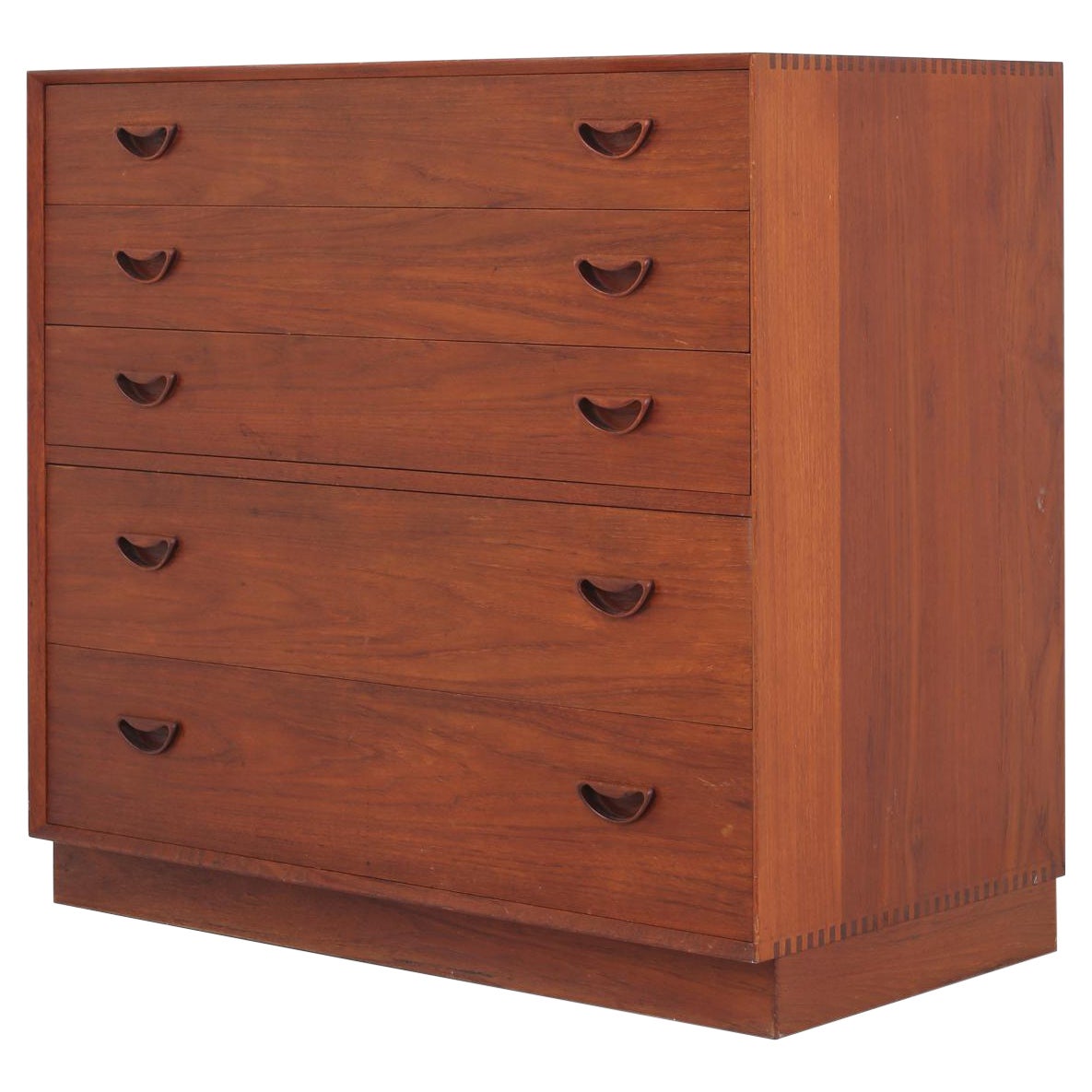 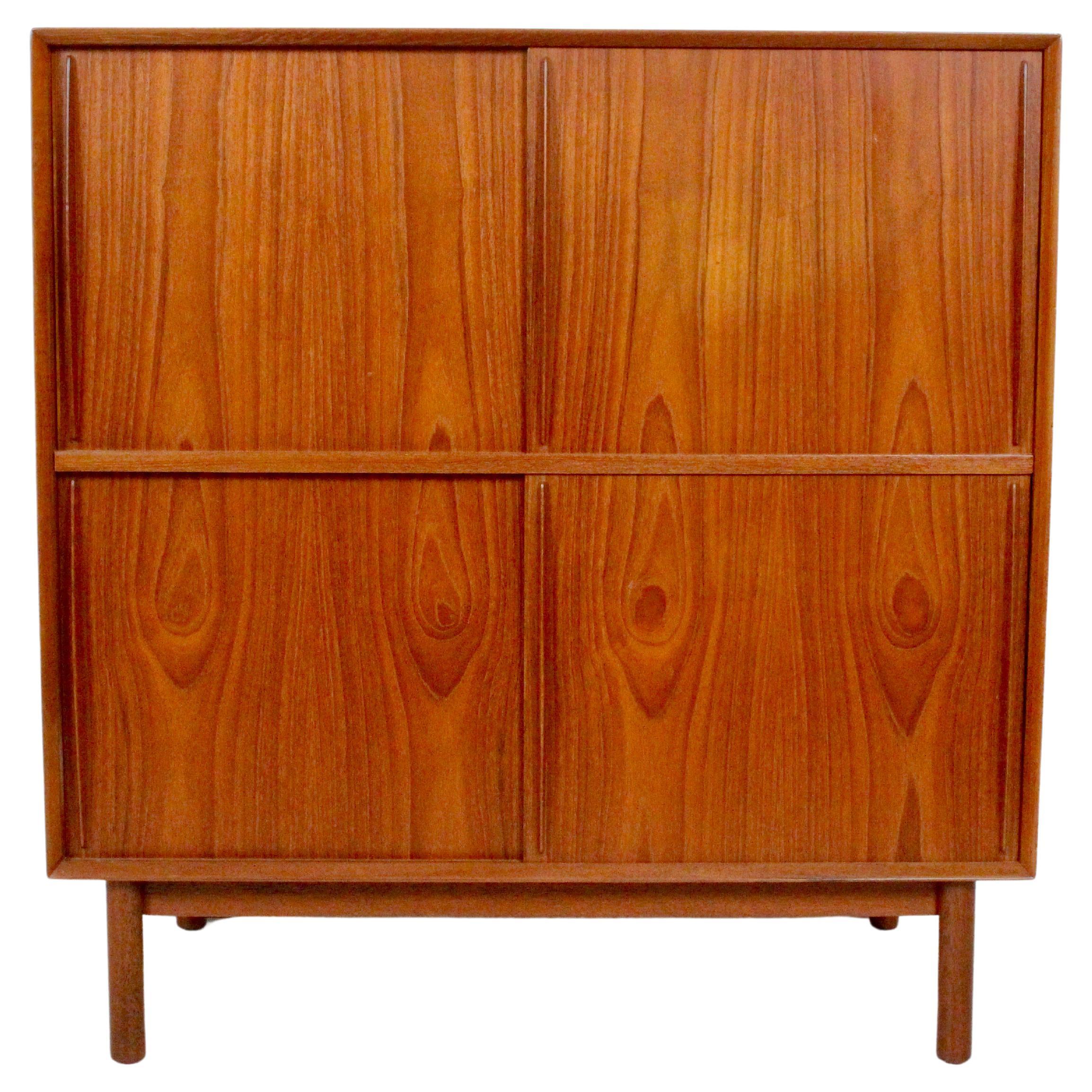 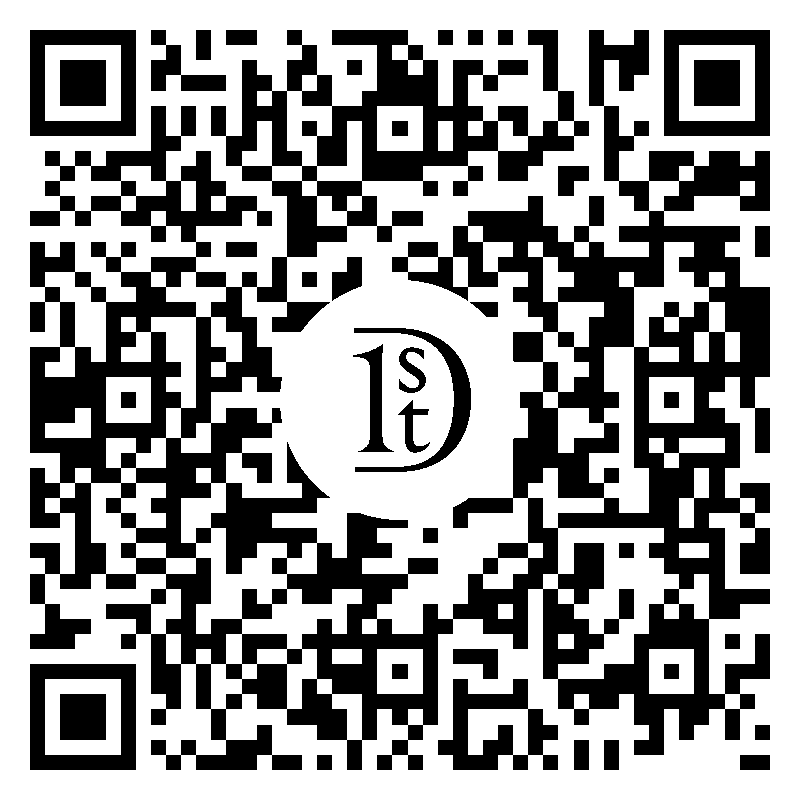 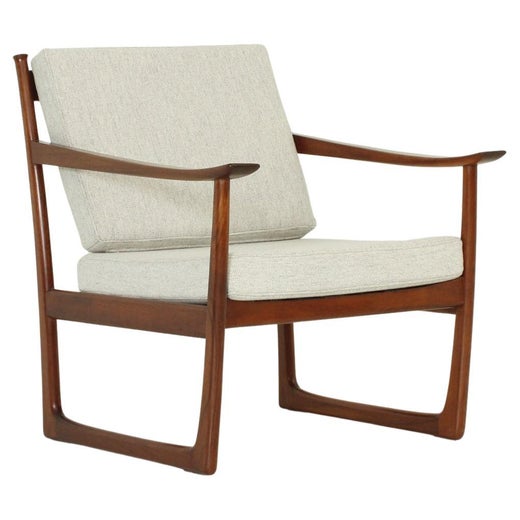 One half of the influential Danish furniture duo Hvidt and Mølgaard, architect and designer Peter Hvidt created shapely works in teak and rosewood that could be mass-produced and transported at a scale rarely seen before his time. Alongside his business partner, Aalborg-born designer Orla Mølgaard-Nielsen, the pair crafted furniture which stands today as a masterclass in the combination of elegance and practicality that is typical of Scandinavian modernism.

Hvidt was born in Copenhagen in 1916. He studied architecture and cabinetry, and graduated from the School of Arts and Crafts in Copenhagen. Hvidt established his own design firm in 1940 and taught for three years at his former school, during which he designed the teak Portex chair — Denmark’s first stacking chair (this design has alternatively been attributed to Hvidt’s partnership with Mølgaard-Nielsen over the years).

The exceptional collaboration between Hvidt and Mølgaard-Nielsen took shape in 1944. A student of pioneering Danish modernist designer and architect Kaare Klint and fellow graduate of the School of Arts and Crafts, Mølgaard brought his technical prowess and eye for practical design to the partnership. Together, for more than three decades, Hvidt and Mølgaard would produce over 250 furniture designs, a legacy that included the iconic AX chair.

A masterpiece of technical expertise and innovative woodworking, the sculptural AX armchair was designed in collaboration with manufacturer Fritz Hansen during the late 1940s. It features double-curved laminated wood in the seat and back, and is an early example of knock-down furniture. This meant that it could be easily dismantled and assembled at its destination, which rendered the chair economical for transport on cargo ships and therefore could reach a worldwide audience. The AX went into production in 1950 and eventually gave way to a series that featured tables and other seating.

Hvidt’s proclivity for forward-looking design was typical of the venturesome furniture makers of the mid-century modern era. This extended to textures and materials, too — he believed that a tasteful combination of materials could add character and visual intrigue. With Mølgaard-Nielsen, Hvidt designed streamlined coffee tables, rosewood chairs upholstered with sumptuous black leather and teak side tables with cane shelves (teak was a sought-after material for designers at the time).

The duo’s work with celebrated manufacturers Fritz Hansen, France & Søn and Søborg Møbelfabrik has been a part of exhibitions at New York’s Museum of Modern Art, Copenhagen’s Design Museum and the National Gallery of Victoria in Melbourne.

About the Seller
5.0
Located in San Jose, CA
Platinum Seller
These expertly vetted sellers are 1stDibs' most experienced sellers and are rated highest by our customers.
Established in 2011
1stDibs seller since 2015
616 sales on 1stDibs
Typical response time: 1 hour
More From This Seller

$2,900
Chest of Drawers by Hvidt and Mølgaard-Nielsen
By Hvidt & Mølgaard
Located in Sagaponack, NY
A Scandinavian modern five-drawer cabinet by Danish designers Peter Hvidt & Orla Mølgaard-Nielsen. Crafted by Soborg Mobler, the chest is made from solid Burmese teak with beveled ed...
Category

Chest of Drawers by Hvidt and Mølgaard-Nielsen