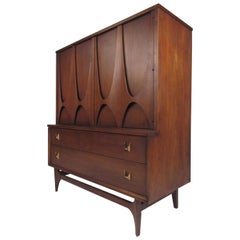 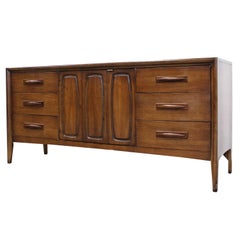 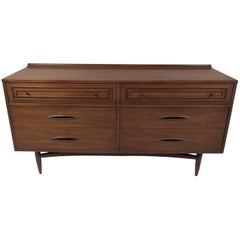 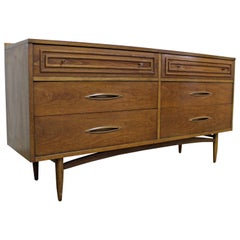 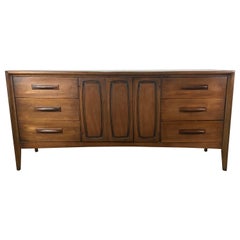 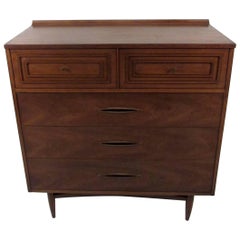 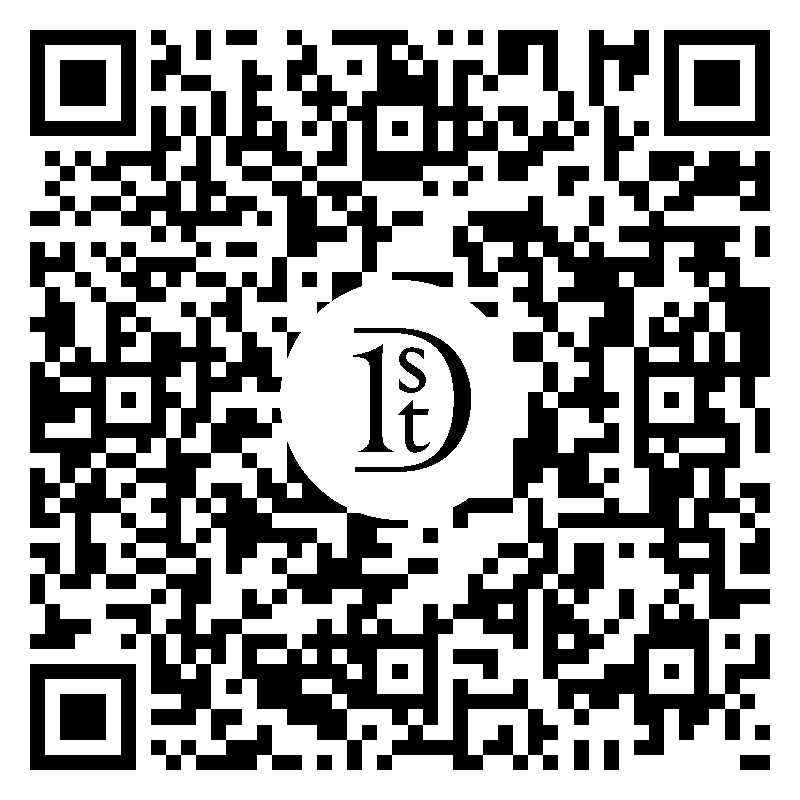 Sleek Mid-Century Modern design sideboard by Broyhill with 6 drawers and 3 more concealed drawers behind a swing out panel. The makers mark is on the inside of the top drawer. The sideboard is in great vintage condition.

The Broyhill Furniture Company is one of the stalwart North Carolina makers of mid-priced, traditional wooden furnishings, and it has been serving American families well since the 1920s. The Colonial Revival style — chairs with turned legs; beds with split pediment headboards — has always been the company’s stock in trade. But among fans of mid-century modern design — particularly those who enjoy more flamboyant stylings, such as those of Adrian Pearsall — Broyhill is most admired for its brief foray into the contemporary furnishings of the late 1950s and ‘60s.


The cabinet door fronts of Brasilia pieces feature moldings based on the sweeping colonnades and parabolic curves of such buildings as the Palácio da Alvorada ( “Palace of the Dawn”), the presidential residence. As you will see on these pages, Broyhill created a striking and spirited line of furnishings that will make a happy keynote in an Atomic Age decor.

5 / 5
Our team of world-class specialists approve every seller on 1stdibs.
This distinction is for experienced sellers who continually surpass customer expectations.
1stdibs seller since 2014
Typical response time: <1 hour
Located in Houston, TX